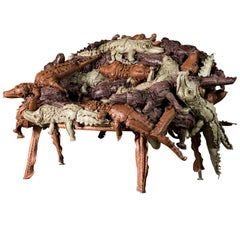 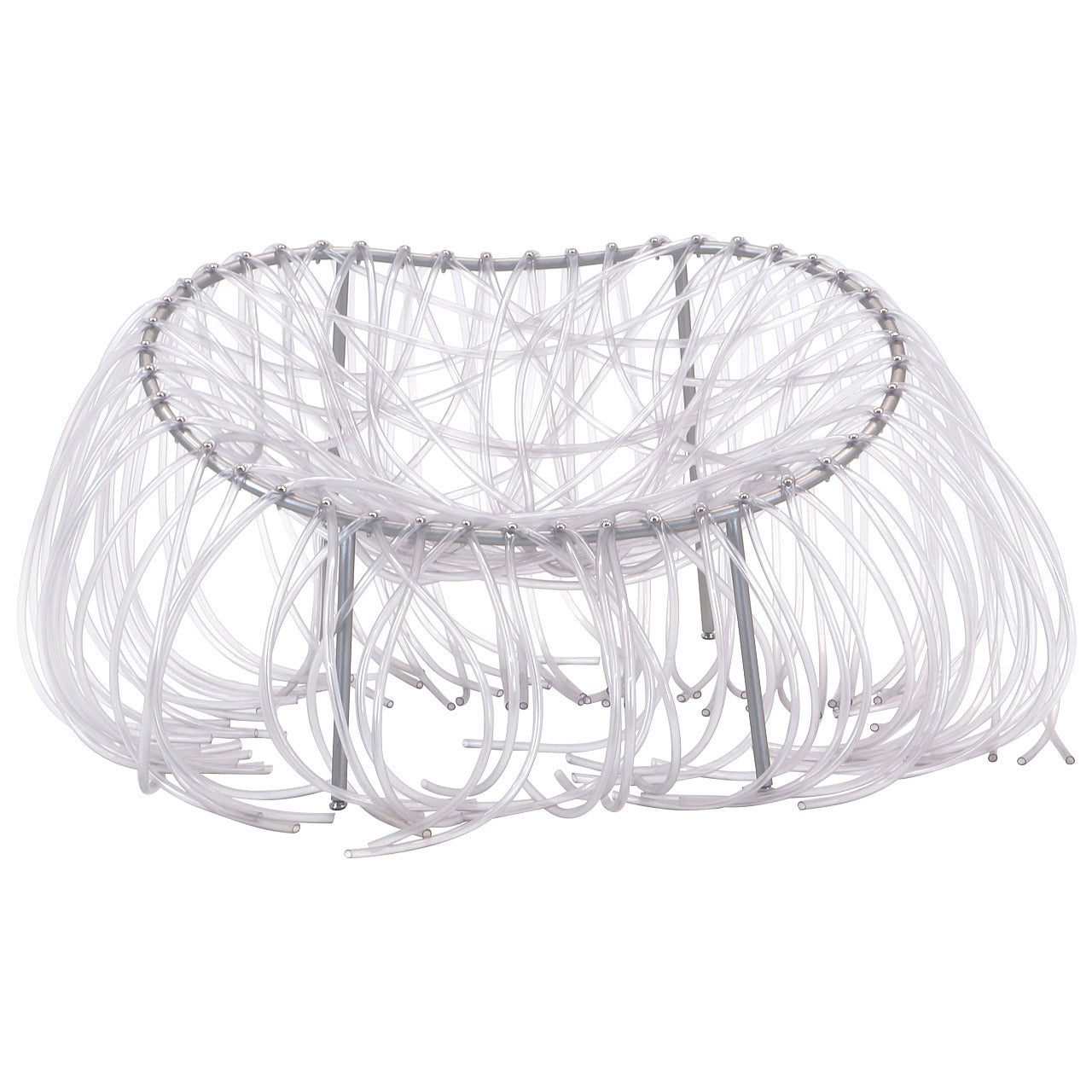 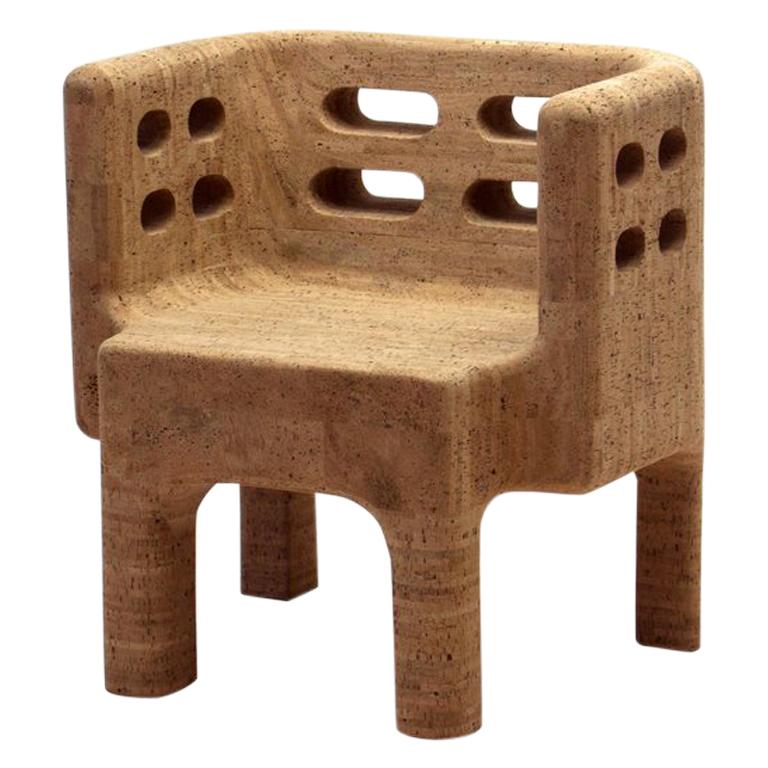 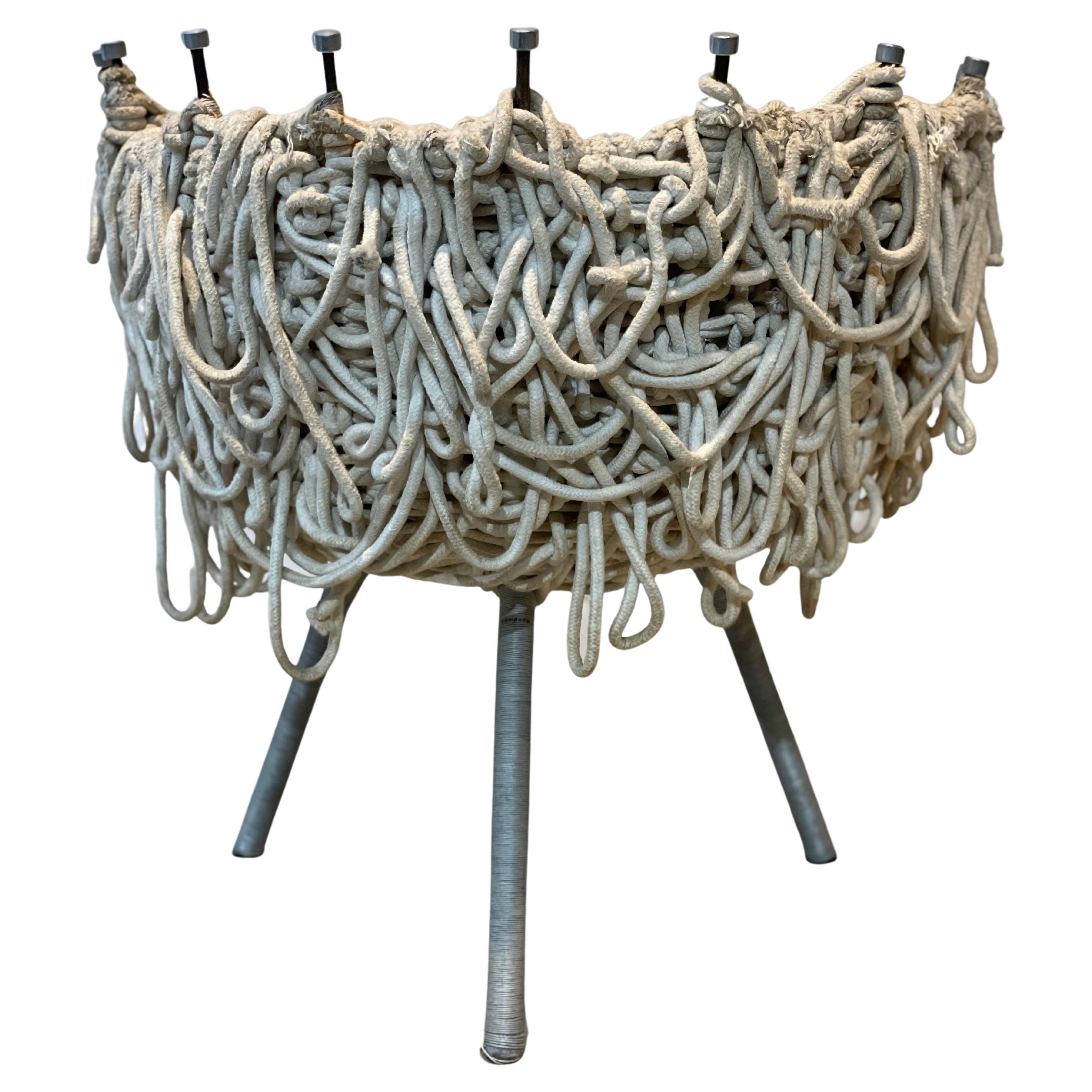 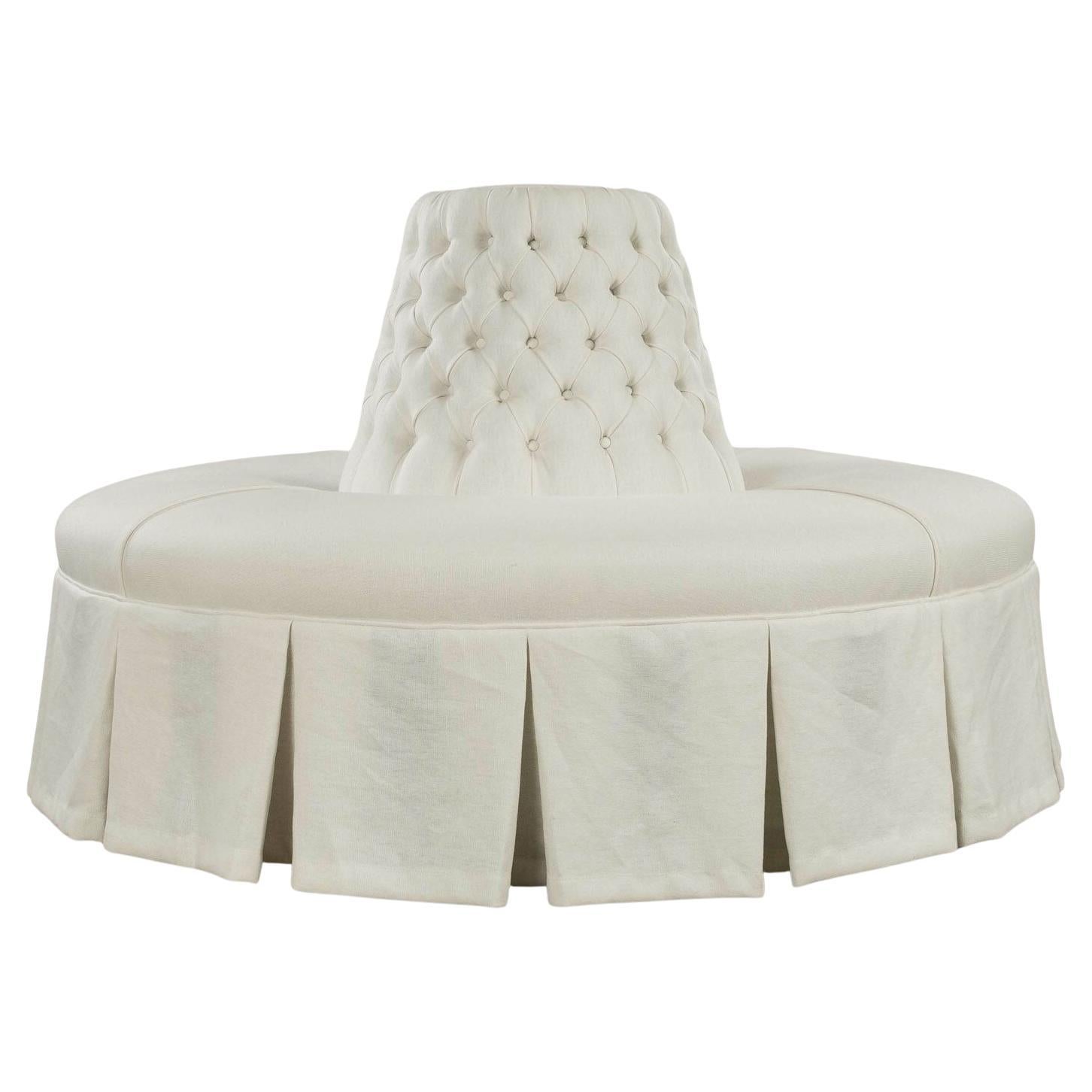 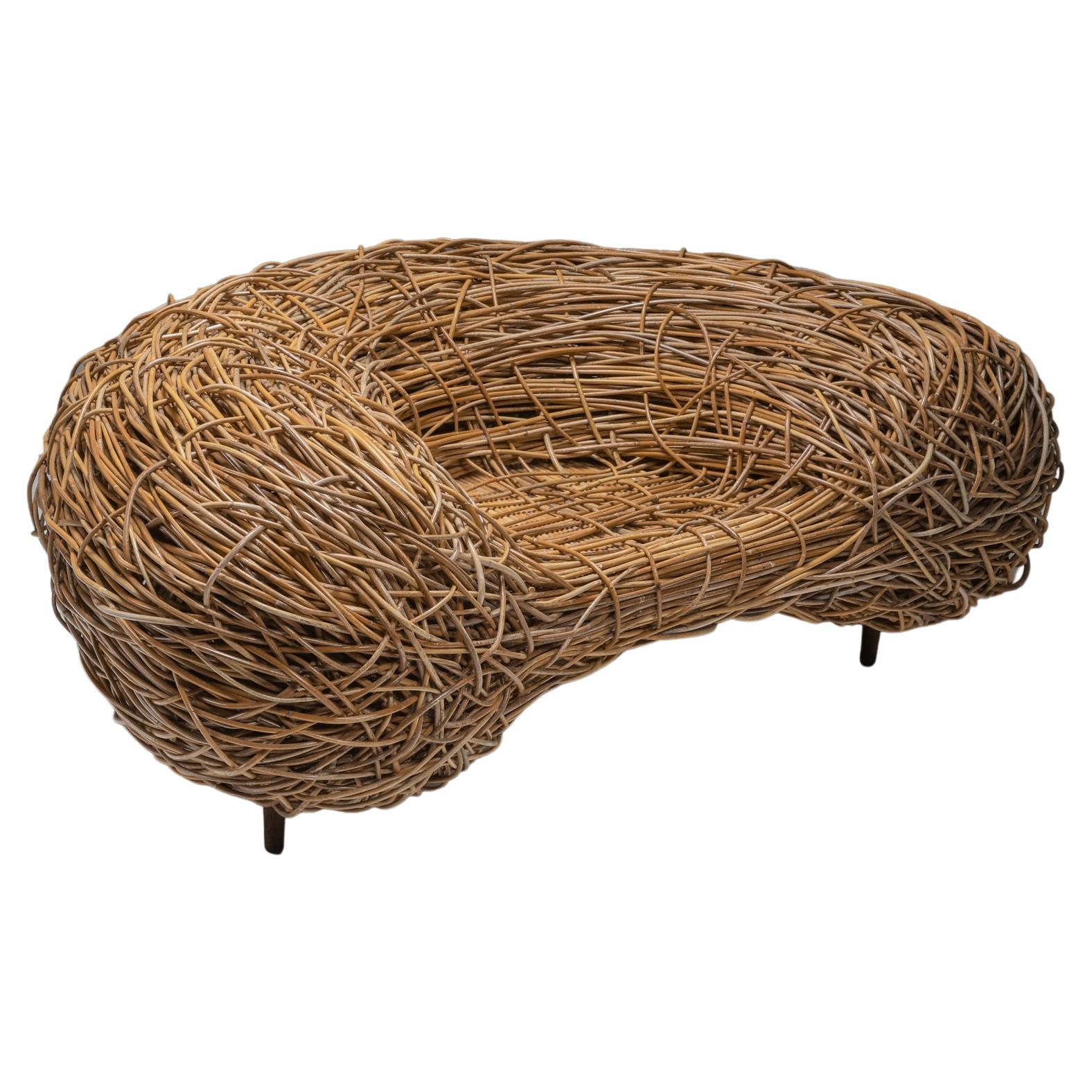 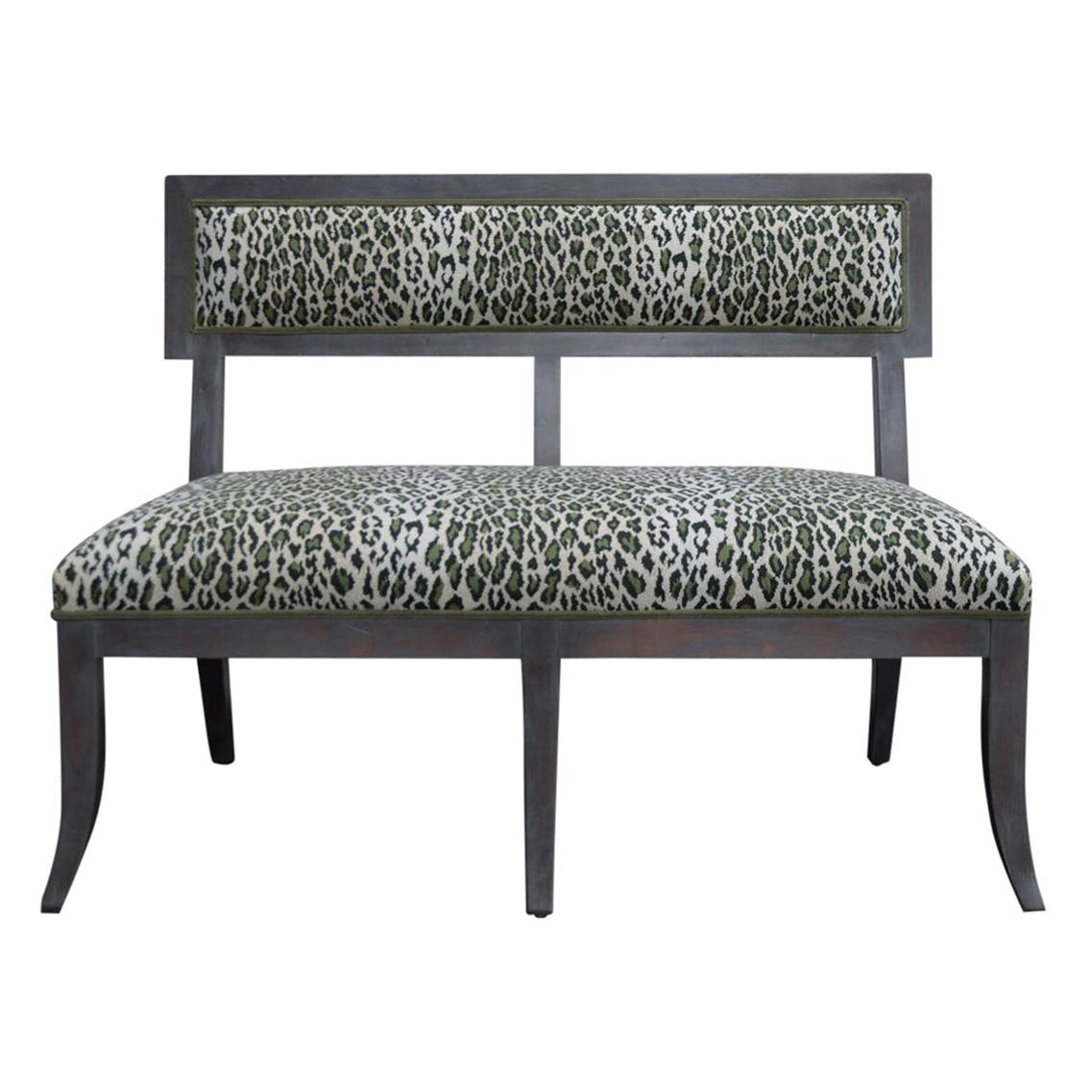 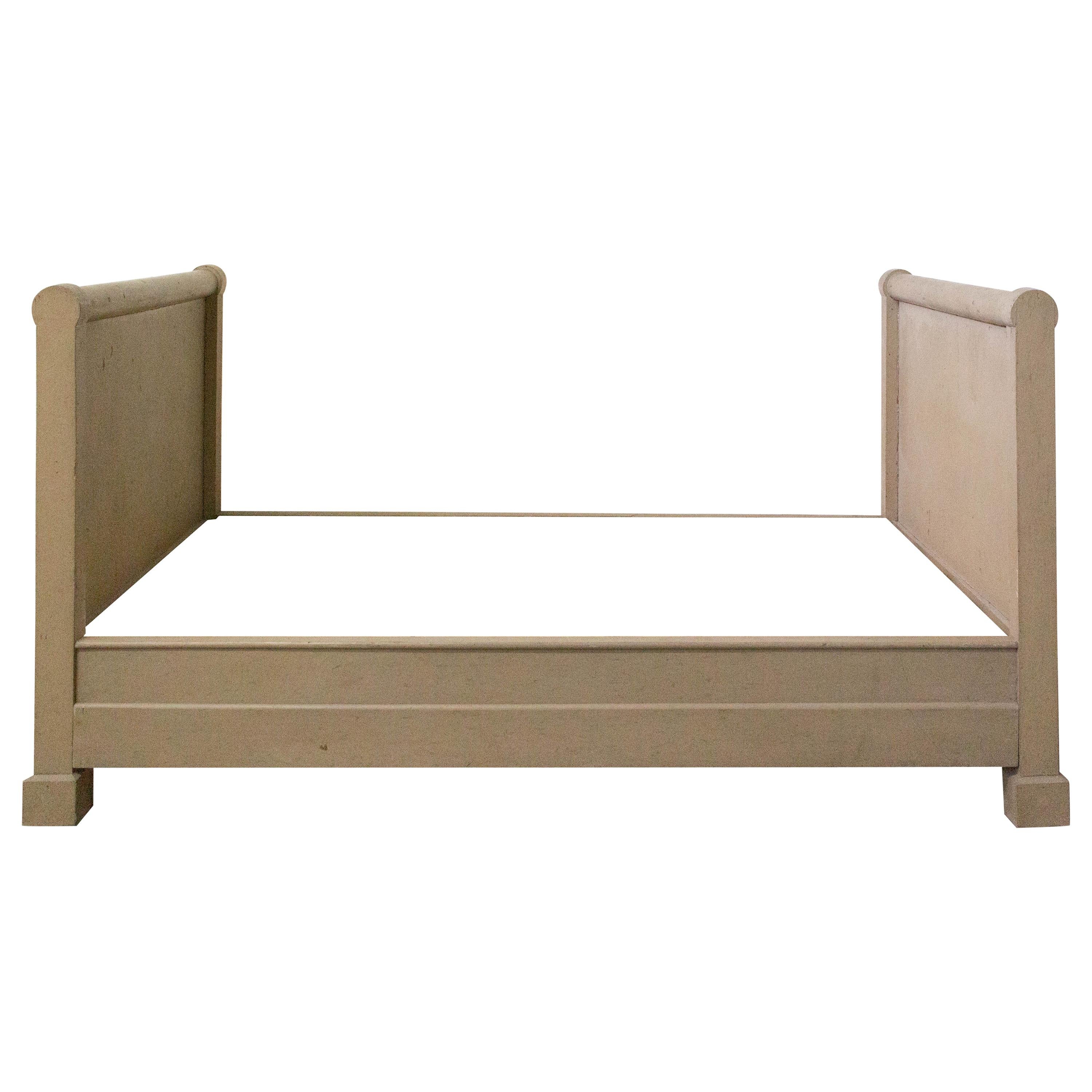 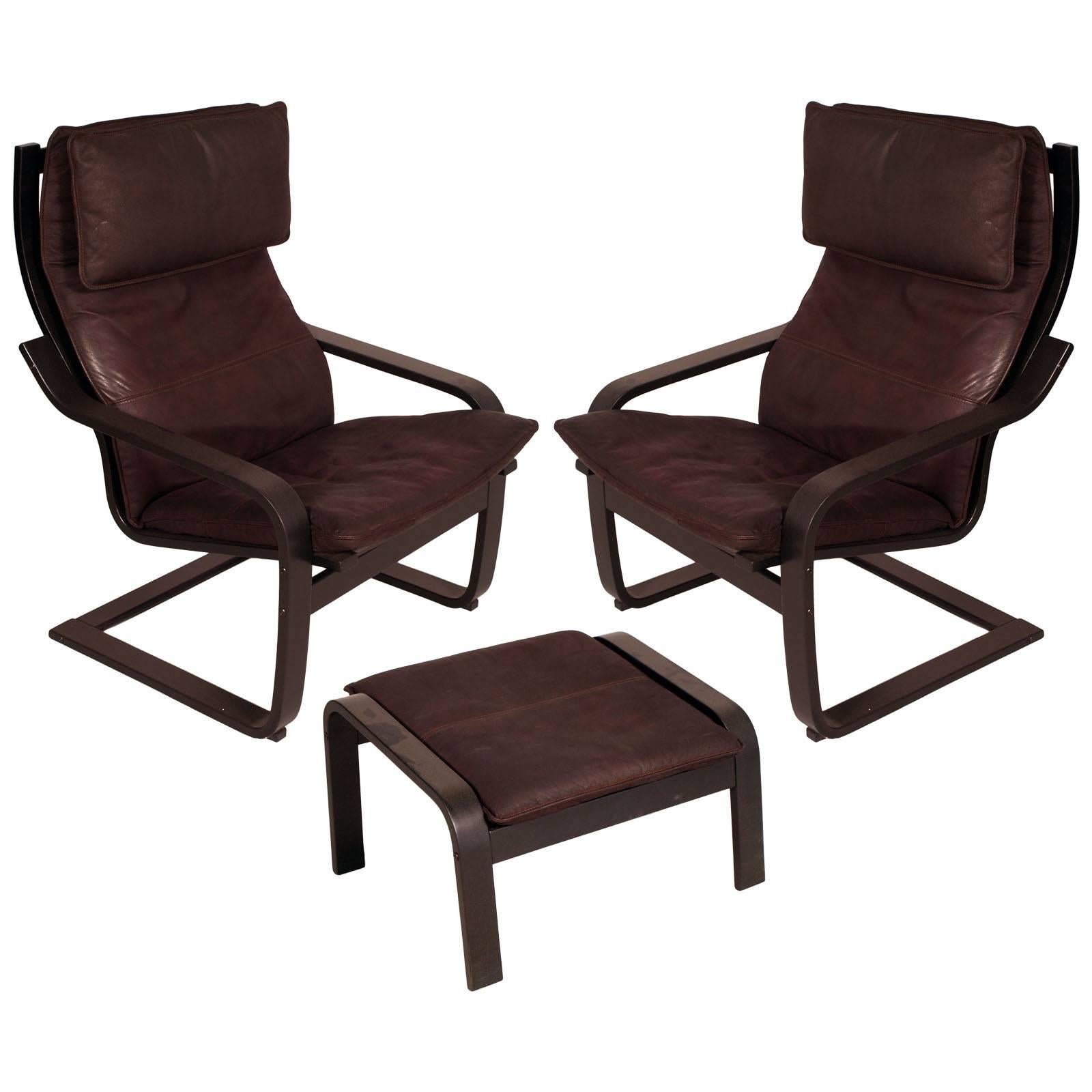 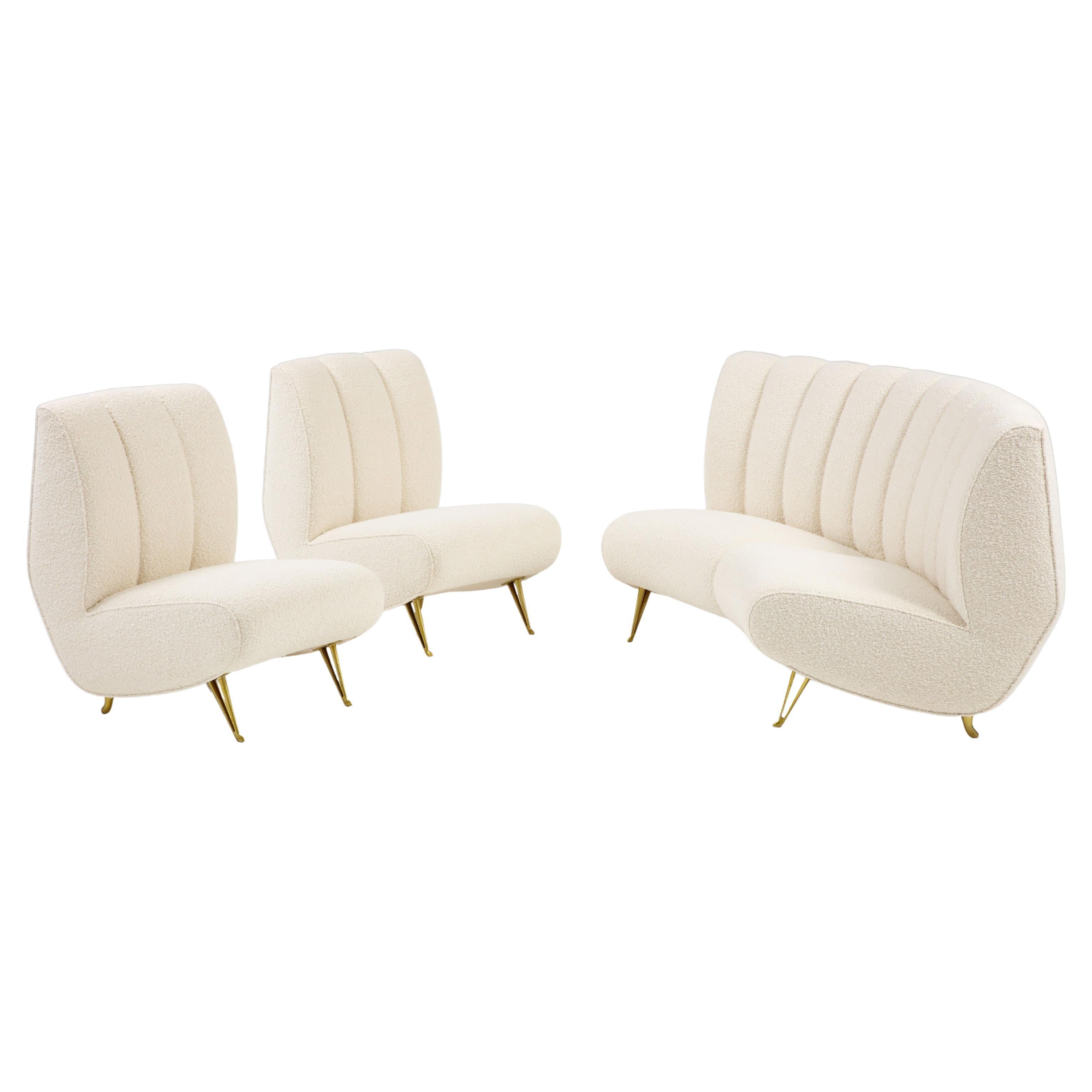 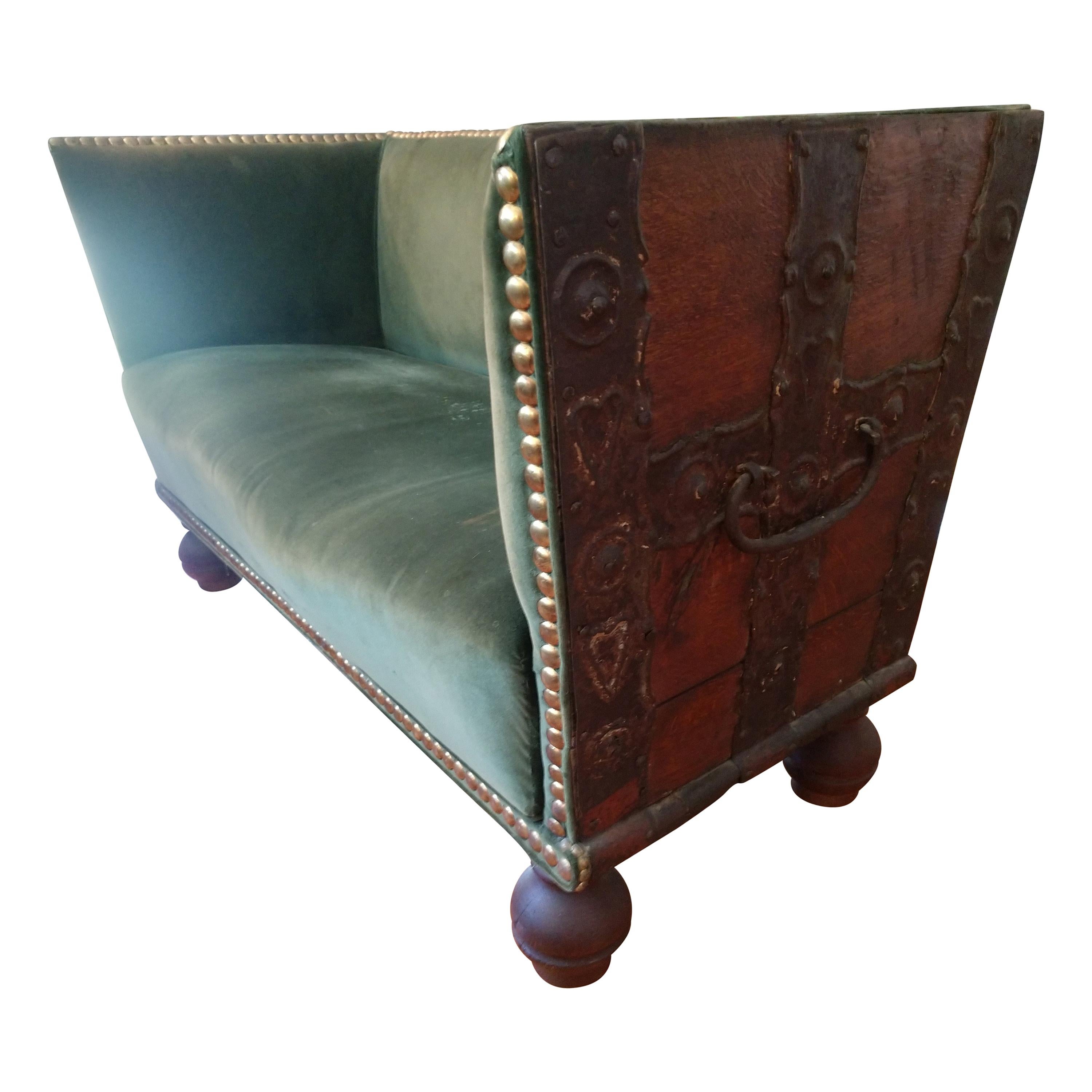 Vermelha Chair by the Campana Brothers for Edra 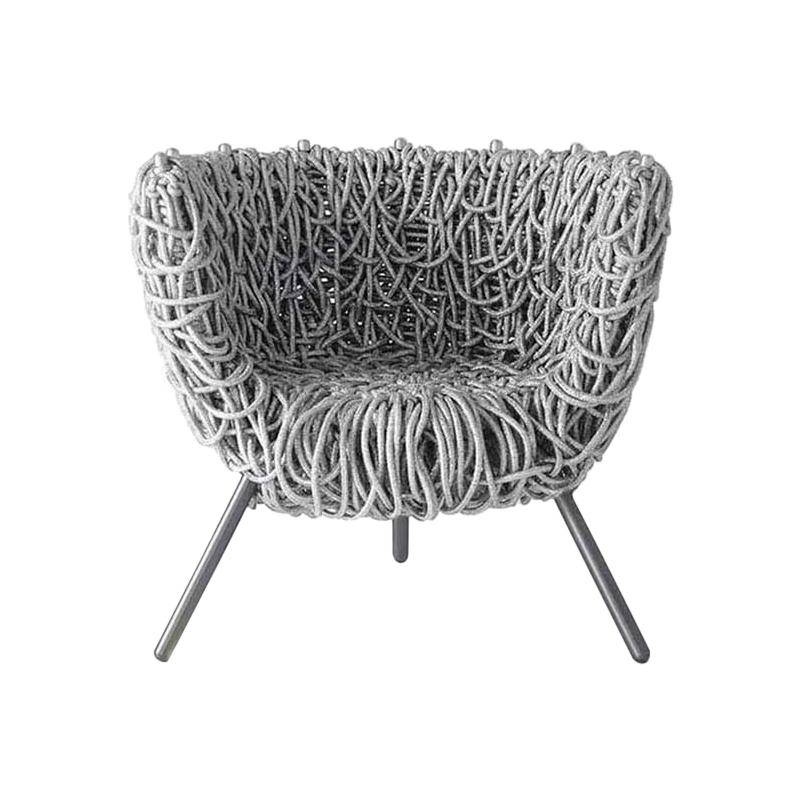 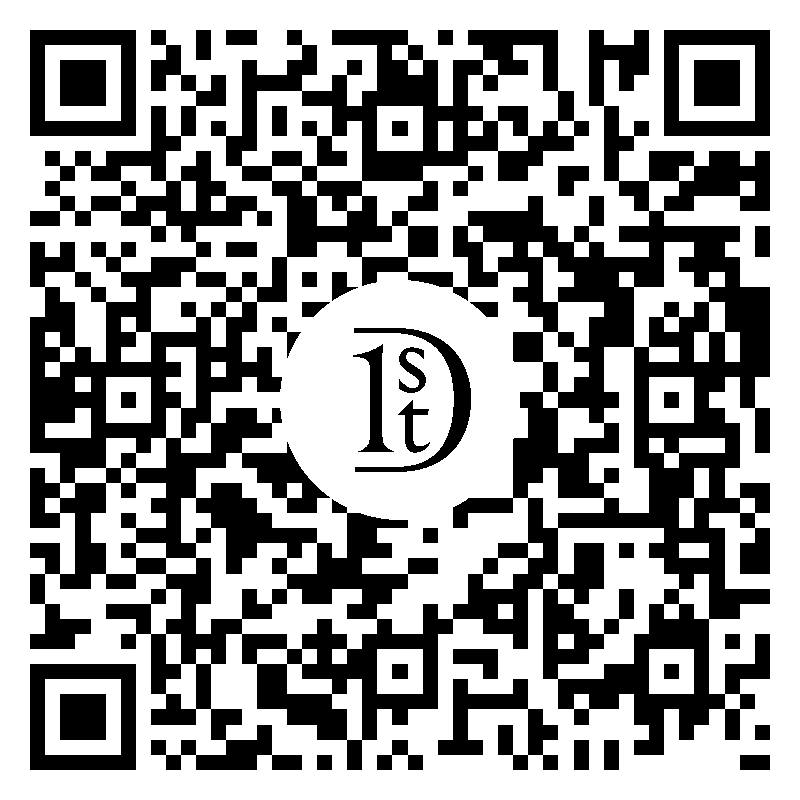 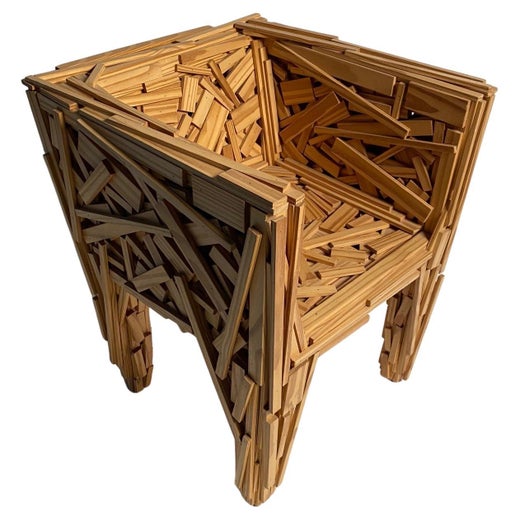 The Campana Brothers are among Brazil’s foremost contemporary furniture designers. Inspired by their country’s vernacular culture, Humberto and Fernando Campana combine everyday objects in unexpected ways, often waste materials like rope, cardboard, plastic tubing, and aluminum wire, to make their singular creations. Their designs have been manufactured by such companies as Alessi, Swarovski and Cappellini. And they have received numerous honors, including being named Designer of the Year both at Design Miami in 2008, and by Maison & Objet in Paris in 2012.

Humberto Campana was born in Rio Claro in 1953 and earned a bachelor’s degree in law from the University of São Paulo. Fernando was born in 1961 in Brotas, and graduated from the São Paulo School of Fine Arts with a bachelor’s degree in architecture. The brothers started working together in 1983, crafting furniture using their signature method of adaptive reuse. Their pieces frequently refer to Brazilian social and cultural traditions and entities. Among these are the country’s favelas, or shantytowns, that have grown up around major cities. An homage to the resourcefulness with which the residents of São Paulo’s favelas make use of the materials at hand, repurposing cast-off objects in ingenious designs and constructions, their Favela armchair is made of cast-off strips of wood (the first one was made from discarded slats from a fruit market), which are glued and nailed together seemingly at random. The end result, however, is a compact, solid and well-proportioned chair.

By 1997, some of the Campanas’ pieces were being produced and sold in Italy, including the Edra Vermelha armchair, constructed of cord handwoven around a steel frame. In 1998, the brothers became the first Brazilian designers to have their work exhibited at the Museum of Modern Art in New York. Today their furniture is included in MoMA’s permanent collection and in those of numerous other major institutions, such as the Metropolitan Museum of Art, the Philadelphia Museum of Art, and the Vitra Design Museum.

On 1stDibs, find a collection of Campana Brothers chairs, case pieces and other furniture.

About the Seller
4.3
Located in Los Angeles, CA
Recognized Seller
These prestigious sellers are industry leaders and represent the highest echelon for item quality and design.
Established in 1975
1stDibs seller since 2004
87 sales on 1stDibs
Typical response time: 9 hours
Associations
20th Century Specialists
More From This SellerView All
You May Also Like 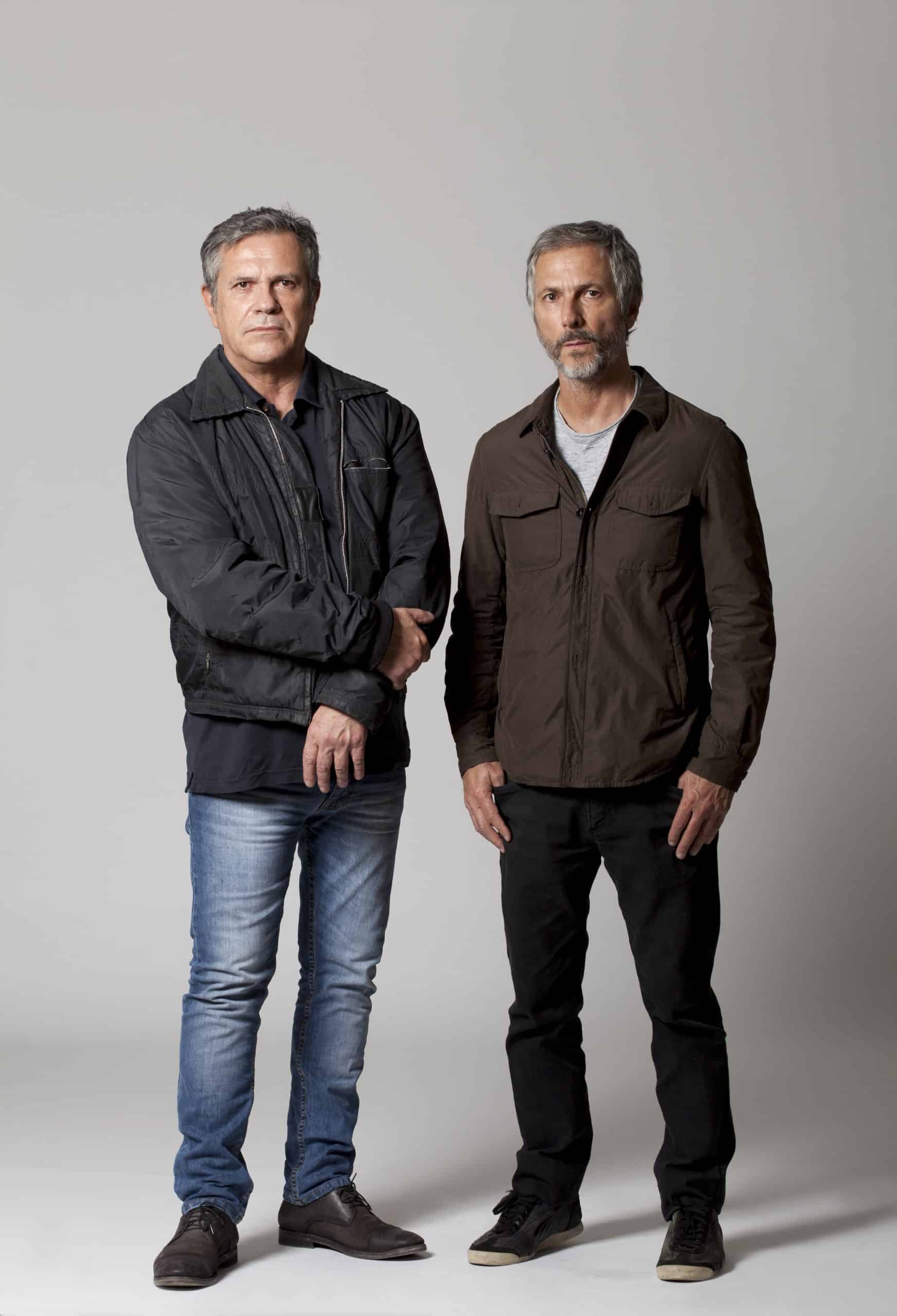