The design of the Iberian Peninsula is characterized above all by its eclecticism. After all, the region sits at the crossroads of North Africa and Europe, the Mediterranean and the Atlantic. Not to mention that, for centuries, it was held as a conquest between a rotating list of Roman, Germanic, Islamic and Gothic occupiers. In aesthetic terms, this means that the Iberian Peninsula — comprised of Spain, Portugal, Andorra and Gibraltar, a United Kingdom territory — is a melting pot of colorful, expressive, poetic and exceptionally beautiful design sensibilities. These include the candy-colored buildings lining the streets of Lisbon, the curvilinear exuberance of early-20th-century Barcelona architecture and the sun-bleached homes of the Balearic Islands. The interiors of these structures are equivalently diverse — and even more stunning. In celebration of complex, layered Iberian design, we rounded up a sampling of 21 of our favorite present-day interiors from the region. And while it is by no means comprehensive (that would be a lifelong undertaking), we hope it encourages you to delve deeper into the rich design of Spain, Portugal and more. 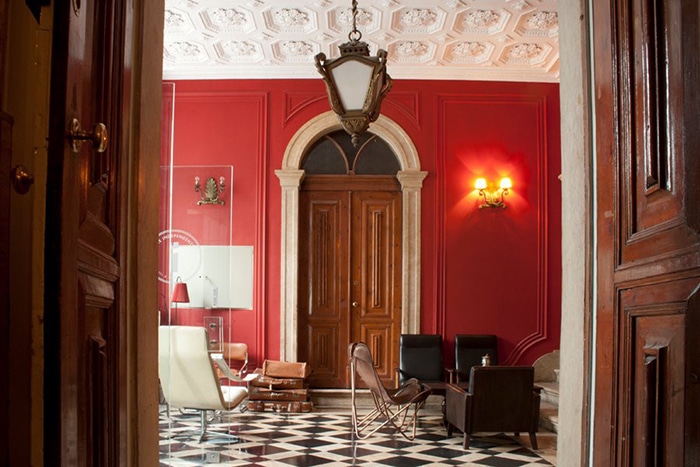 Originally the residence of the Swiss ambassador to Portugal, the gorgeous The Independente hotel in Lisbon reflects both an Old World charm — see the Art Deco-era checkered floors and plasterwork ceiling — and a contemporary sensibility about mixing decor across styles and eras.

Photo by Miguel Guedes Ramos via The Independente. 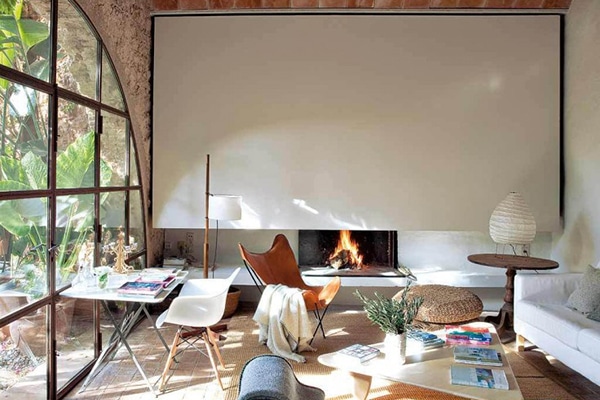 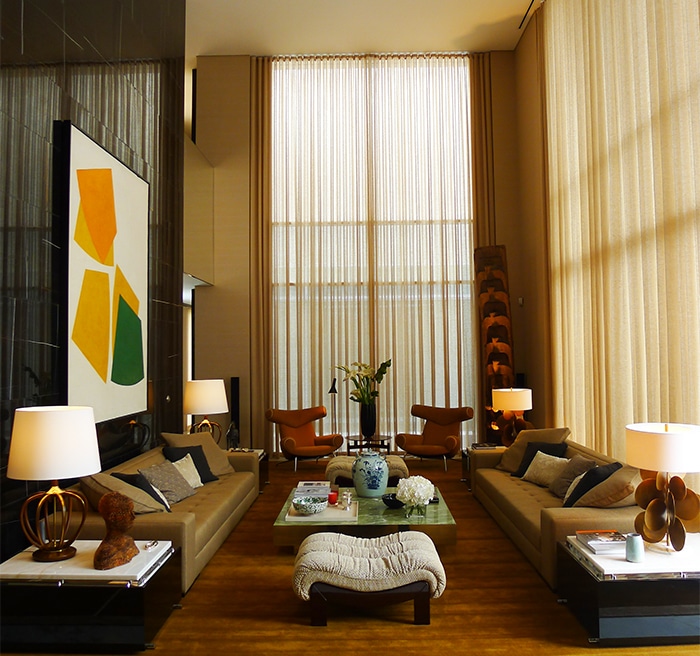 In a Lisbon apartment, Oitoemponto armchairs surround an acid-etched table. Behind, a René Roche painting hangs above a pair of Hans J. Wegner Ox chairs. The table lamps are by Hervé Van der Straeten. 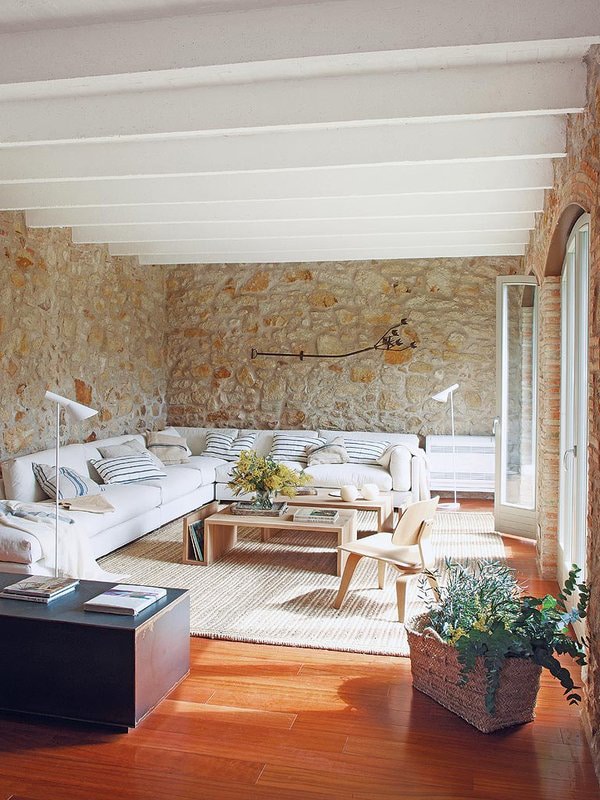 In Pals, a picturesque village in the Catalonian province of Girona, Spain, this home’s original, 1900s structural elements are juxtaposed against more streamlined pieces, including an Eames LCW and Arne Jacobsen lighting. 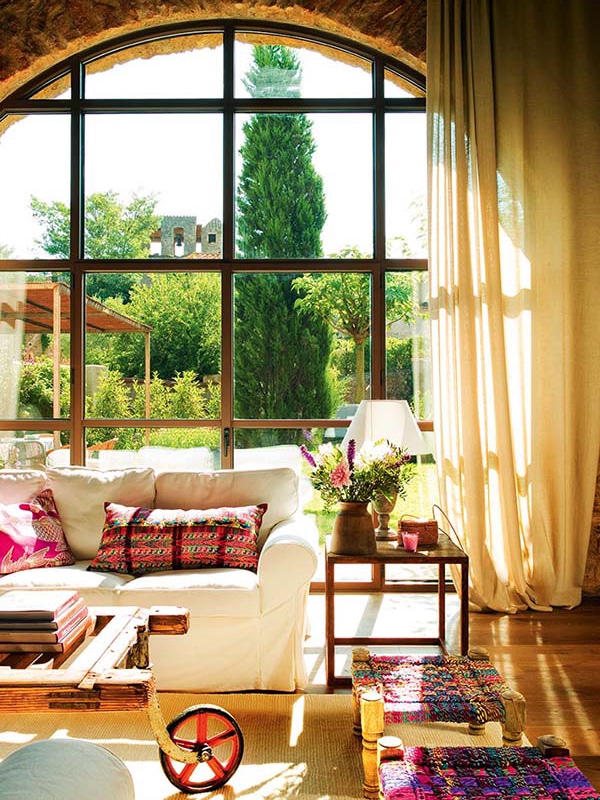 Located in the Empordà, a historical region of Catalonia in Spain, this renovated barn cleverly retains a connection to the outdoors: the room’s bright textiles are meant to emulate seasonal flora. 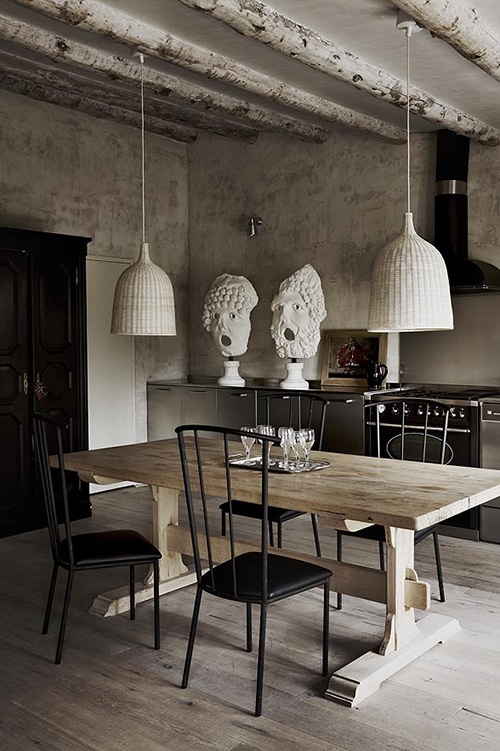 In the Catalonian country home of designer and 1stdibs dealer Serge Castella, a custom-made table is framed by iron chairs from the estate of Roger Vivier. 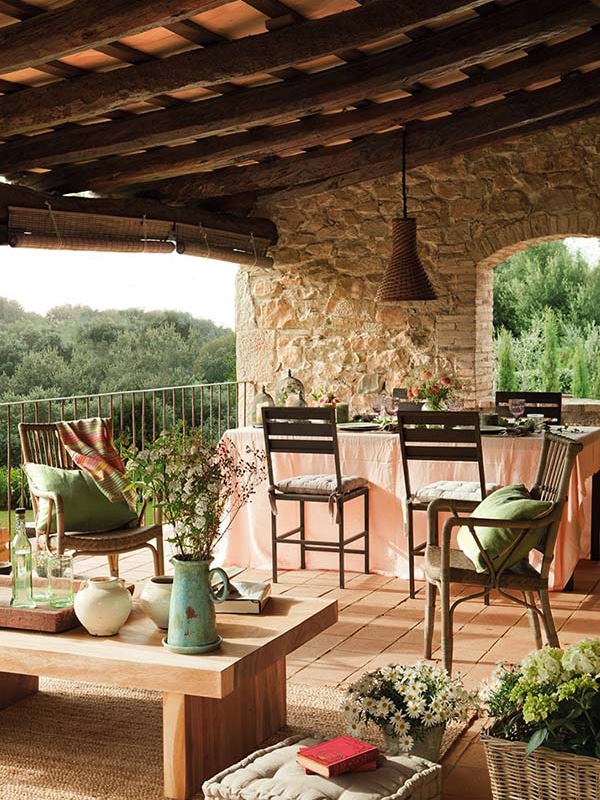 Earth tones prevail on the stone and terra cotta porch of this Girona farmhouse by designer Gemma Mateos. 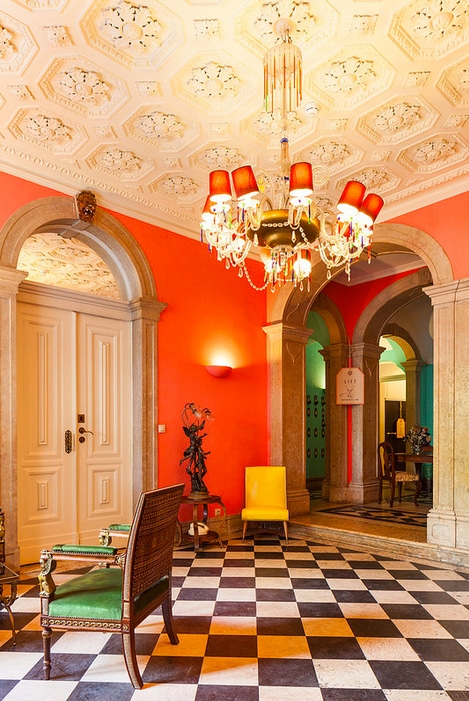 An additional view of the opulent, sorbet-hued lobby of The Independente in Lisbon, Portugal. 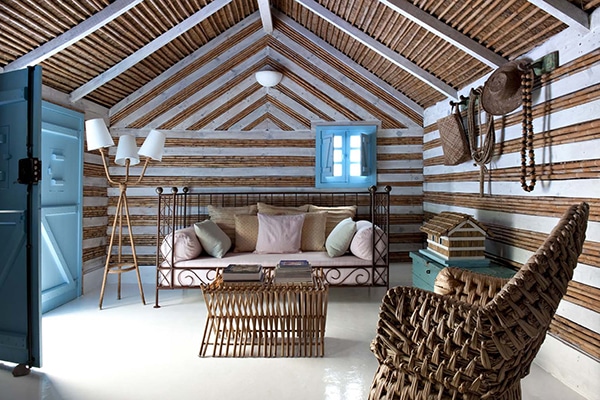 Interior designer Vera Iachia oversaw the decor of this summer home in Comporta, Portugal. Often referred to a “a low-key Ibizia,” Comporta is a chosen holiday destination among style-setters like Jacques Grange, Christian Louboutin and Anselm Kiefer. 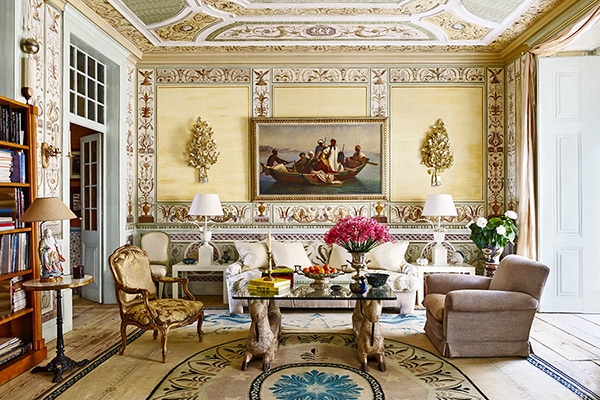 Decorator Pedro Espírito Santo’s Lisbon, Portugal, salon draws from the best of the past and present. Frescos are positioned alongside mounted foil bouquets, and above a custom needlepoint carpet. 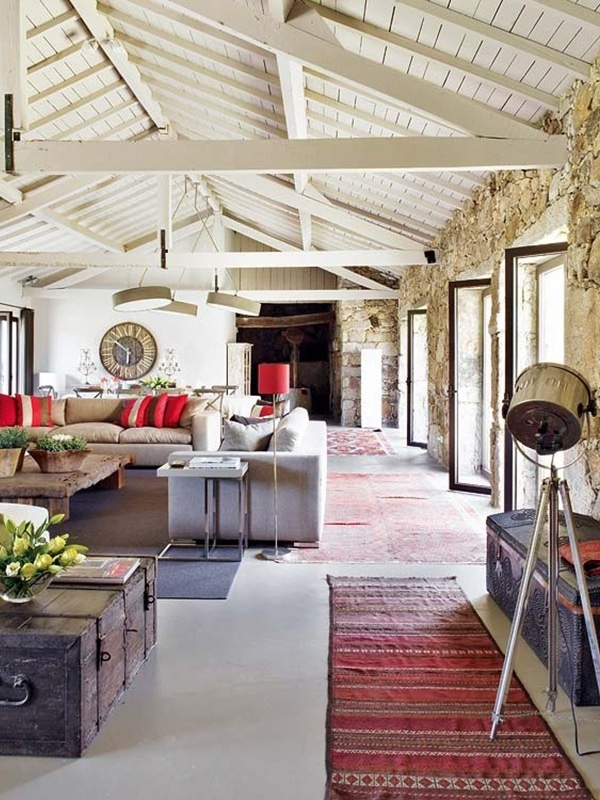 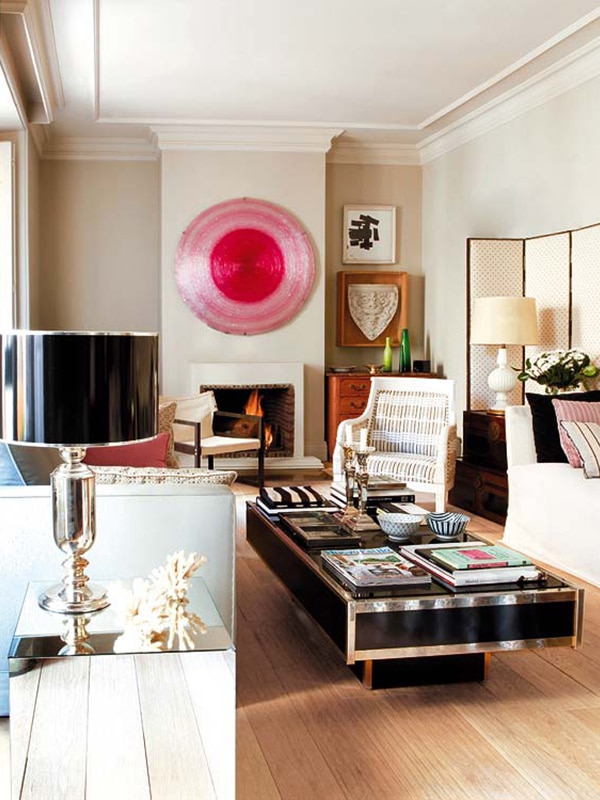 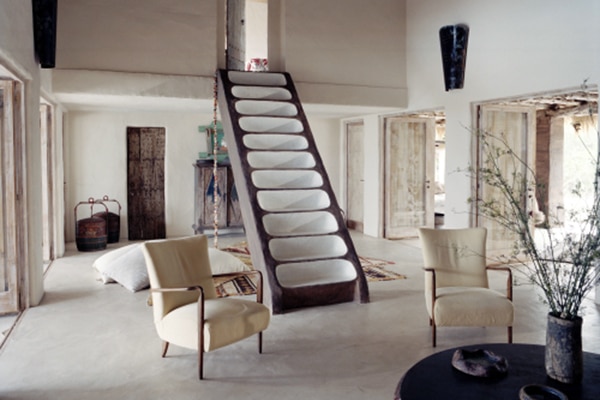 Consuelo Castiglioni’s family home in Formentera, Spain epitomizes less-is-more elegance through the use of creamy, bohemian-inflected furnishings and decor.

Photo by Francois Halard via Vogue. 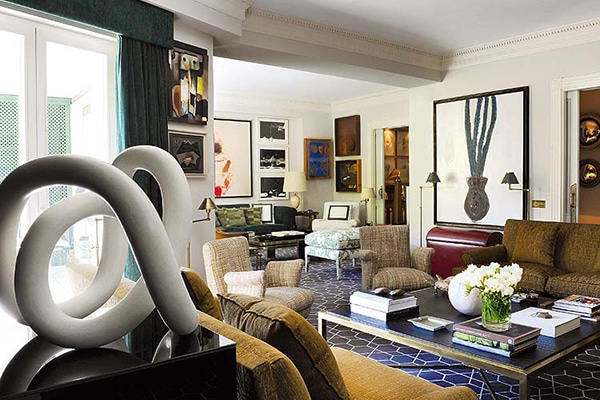 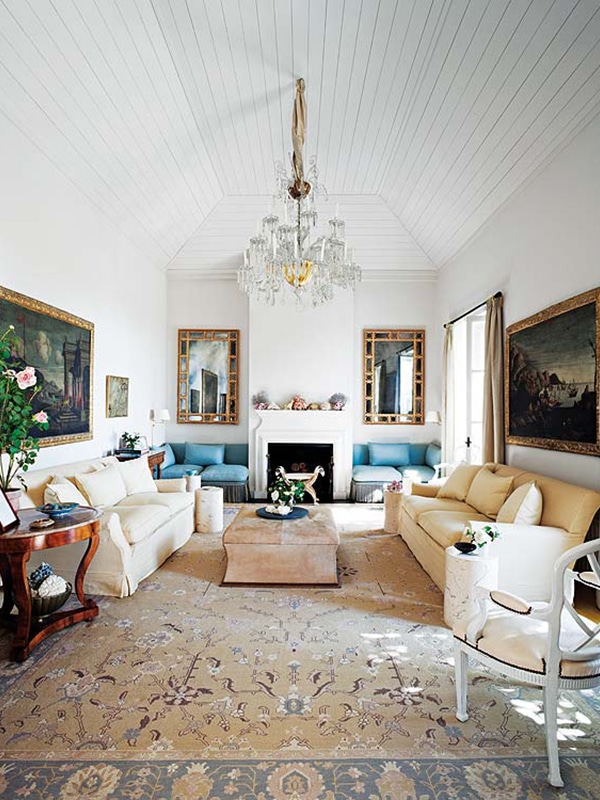 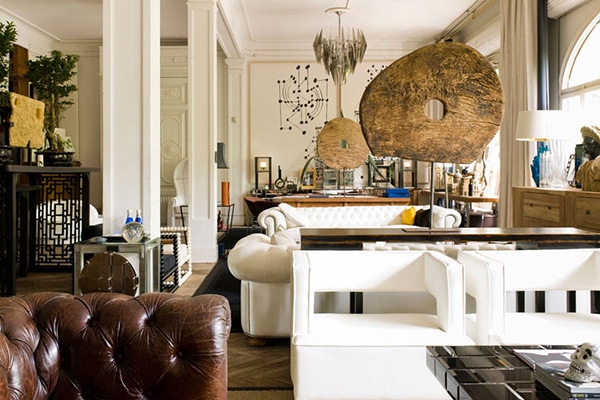 At the Barcelona headquarters of his firm Contemporain Studio, interior designer Lázaro Rosa-Violán has created a more-is-more working environment in his high-ceilinged studio. 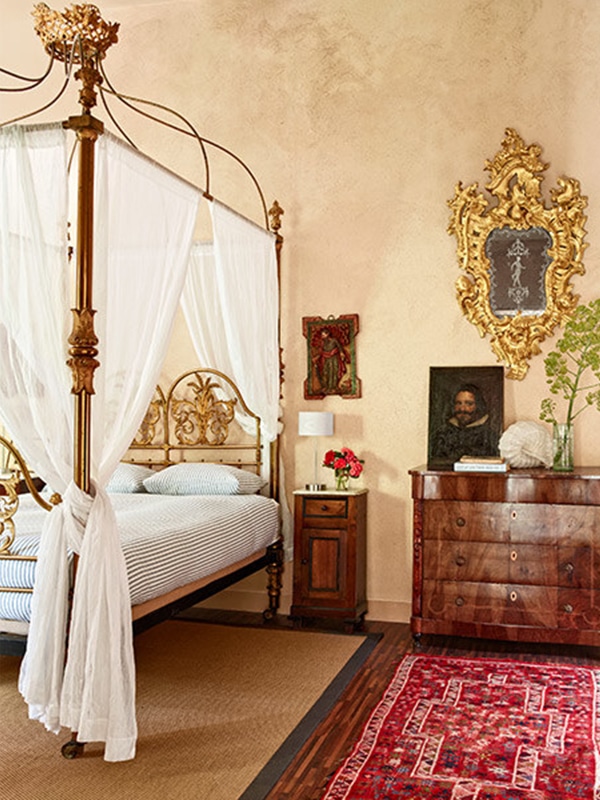 In Toldeo, Spain, a bedroom at Cigarral de Menores — a 16th-century former monastery — contains a 19th-century brass bed and gilded mirror that used to belong to King Ferdinand VII. 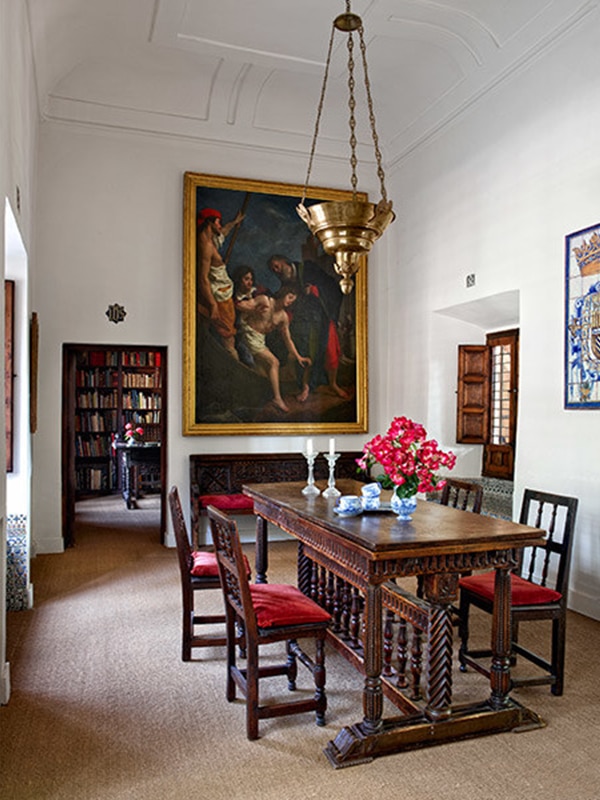 Also at Cigarral de Menores, a work in oil by the Mannerist painter Cristofano Allori hangs above a 16th-century dining table. 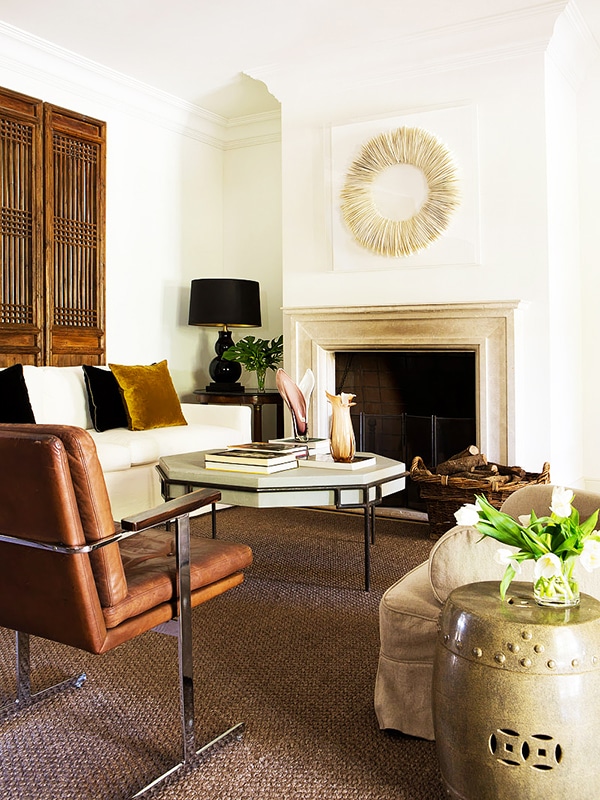 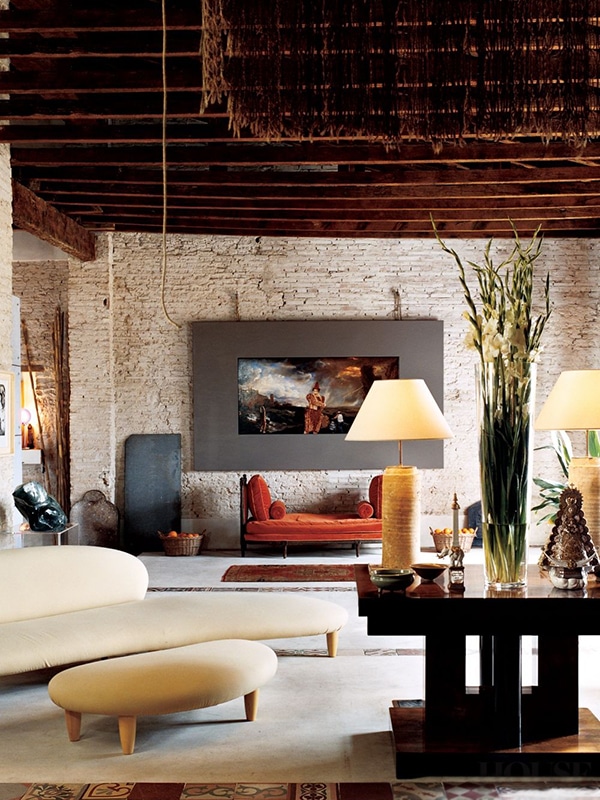 In the Almácera, Spain apartment of interior designer David Lladró, the rough lines of a converted 17th-century convent annex are softened by a Noguchi sofa and ottoman and a Louis XVI daybed by Jean-Baptiste-Claude Sené. 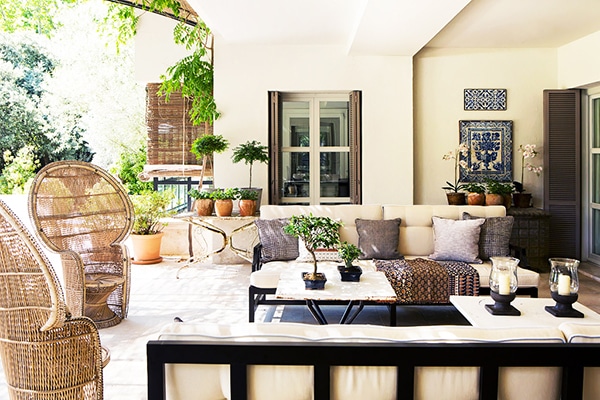 A touch of everything Iberian: indigo ceramic tile reliefs, sculptural rattan chairs, geometric tapestries and an undulating metal ribbon table sit atop a sandstone floor in this home, also by designer Isabel López-Quesada.