The Definitive Guide to Printmaking Techniques 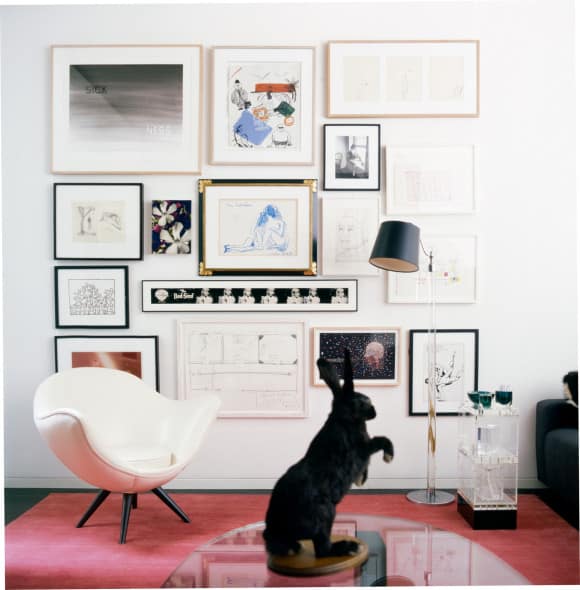 Making a print can be as straightforward as pressing one painted surface to another or as complex as triggering a chemical reaction to create an image. Artists embrace different techniques to yield various effects: some emphasize line, for example, while others are better for creating soft textures. While it’s not necessary to know the lingo to love an impression, grasping the process will certainly help you appreciate an artist’s undertaking. We’ve outlined some of the printmaking techniques and terminology you’re sure to hear when the print-collecting bug bites you. 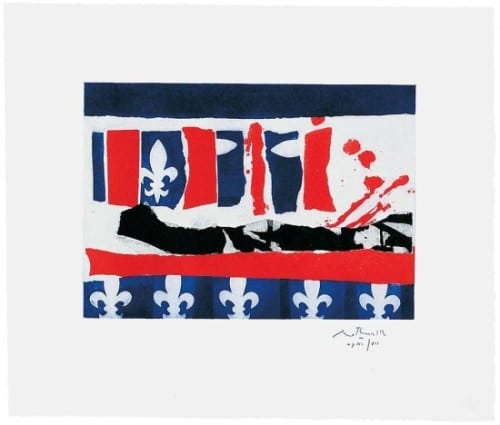 A broad term for the variety of techniques used to create images by incising a metal plate, either with a sharp instrument (engraving, drypoint and mezzotint) or with acid (etching, aquatint and photogravure). After the artist incises the image, the plate is covered with ink then wiped clean, leaving pigment only in the marks that have been made on the plate. The plate is then covered with a piece of damp paper and run through a press to transfer the ink. Different intaglio techniques are often combined to create varying effects of line and tone. 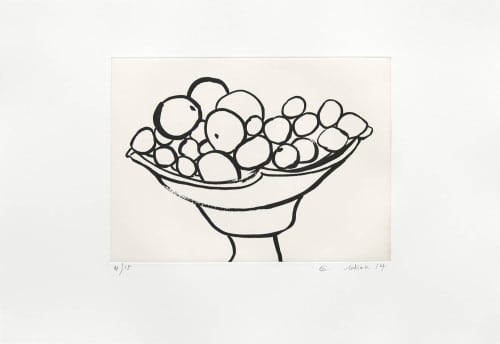 A print made by incising lines into a metal plate with a sharp tool called a burin. After the image is drawn, the plate is inked, wiped clean, and then firmly pressed to paper so the ink remaining in the incised grooves is transferred. Considerable force is required to mark the metal, so the lines made by engraving tend to be stronger than those made through etching, and characterized by gentle tapering. Light and shade have to be created through cross-hatching since the technique is line-based.

Albrecht Dürer, Pieter Bruegel the Elder, and Francisco Goya are among the Old Masters admired for their engravings, but postwar and contemporary artists have made the most of the technique as well. Vija Celmins, for example, engraved wood to create her series of ocean surfaces, while Louise Bourgeois, who spoke about the symbolic power of engraving to convert aggression into something useful, revisited the medium throughout her long career. 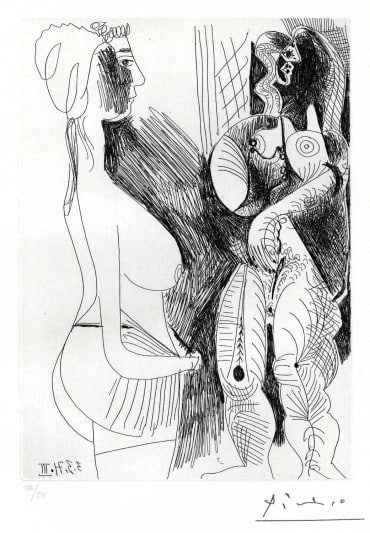 First invented in the 1500s, etching is a way of incising lines in a metal plate by first drawing on an acid-resistant coating, or ground, to reveal the metal beneath. The plate is then submerged in acid, which “bites” the lines into the metal plate. The ground is then removed and the plate inked for pressing. Etched lines tend to reveal the movement of the artist’s hand more than a technique like engraving, since the image is created on a softer ground. 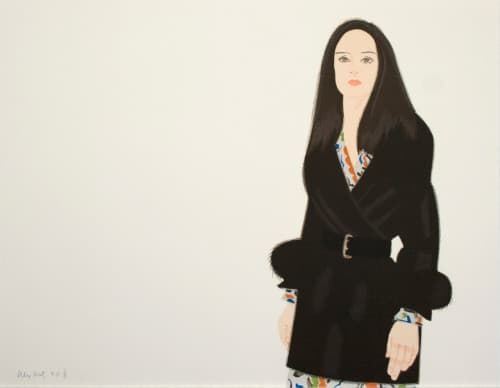 A technique named for its resemblance to watercolor or ink wash, aquatint is often combined with etching to create rich tonal variations. It’s a similar process to etching but the resin ground is more granulated, so the acid handles the metal differently. Different degrees of darkness are created based on the amount of time the plate is in contact with the acid. The process was famously deployed by Goya, but contemporary artists, ranging from Wayne Thiebaud and Susan Rothenberg to Joel Shapiro and Marcel Dzama have used it to dramatic effect. 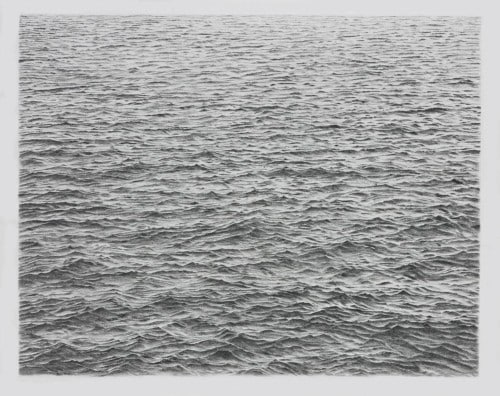 Similar to engraving, with drypoint, an artist incises a metal plate with a sharp tool. As the metal is carved, metal shavings, also called the burr, build up in the grooves. But unlike with engraving, the burr is not cleaned away with drypoint, resulting in very soft, velvety lines. Since the burr slowly wears away with each printing, fewer impressions can be made, and the first impression tends to be stronger than the last — a characteristic that sets the technique apart from many other printing methods. 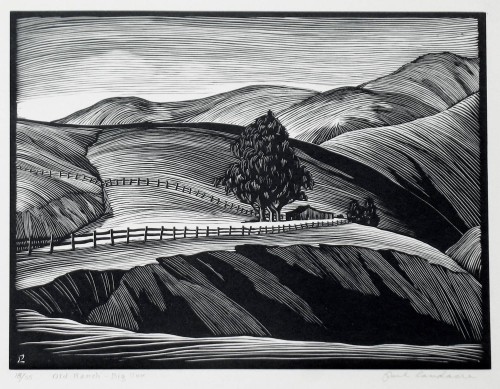 This type of relief print is made by carving a block of wood with a knife or gouge. The surface is then inked with a roller and the pressed onto paper. Unlike with intaglio techniques, the section of the surface that has not been incised is what appears in the print. It’s one of the oldest printing techniques, first used in 9th-century China, mastered by Dürer during the Northern Renaissance and famously associated with the ukiyo-e artists of 17th- and 18th-century Japan. German Expressionists like Emil Nolde and Ernst Ludwig Kirchner embraced the medium for its bold, graphic power in the 1920s, and artists continue to use it today. 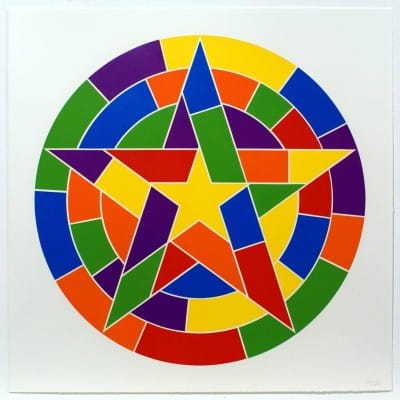 Another type of relief print made by cutting away passages on a linoleum sheet mounted on a block. Since linoleum doesn’t have a grain, like wood, a linocut tends to produce a less textured print than a woodcut. Picasso explored the technique in the 1950s and ’60s and created some intense images. 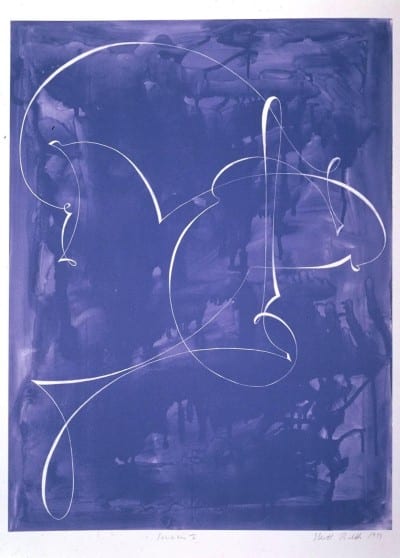 The lithographic process begins by drawing on or painting on a stone surface with an oil-based substance, such as a greasy crayon or tusche (an oily wash). The stone is then covered with water, which is repelled by the oily areas. Oil-based ink is then applied to the wet stone, adhering only to the oily image. The stone is then covered with a sheet of paper and run through a press. Lithographs tend to be more painterly than other printing techniques, and many postwar and contemporary painters have collaborated with lithographic workshops to push their practices in new directions. 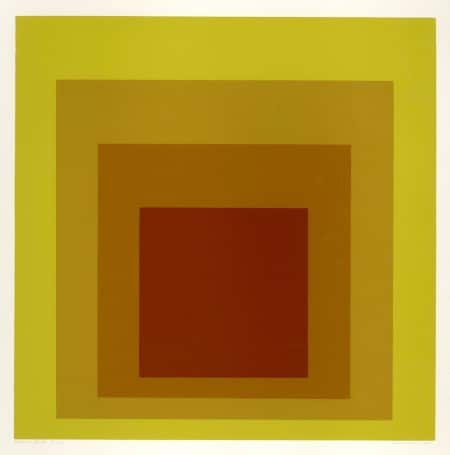 A screen print, also known as a silkscreen or serigraph, is made by cutting out pieces of paper (or textile) and placing them on a mesh sheath, or screen. With the help of a squeegee, ink is forced through the uncovered areas of the mesh onto a sheet of paper. Each color must be screened separately. Originally used in the commercial printing industry for advertising and packaging, screen printing is closely associated with the Pop aesthetic. Andy Warhol was the first artist to the process to create art, and his silkscreens rank among the highest priced prints on the market. 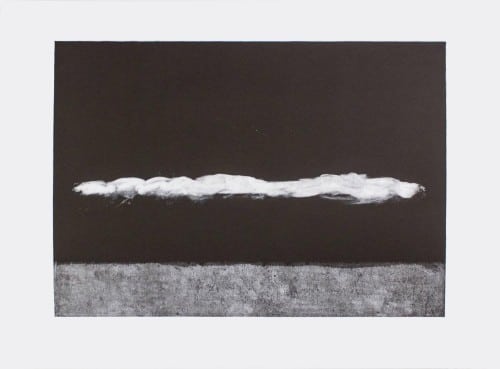 A unique print made by creating an image on a smooth surface, such as a glass sheet or a metal plate, with paint or ink, and then transferring it to paper. 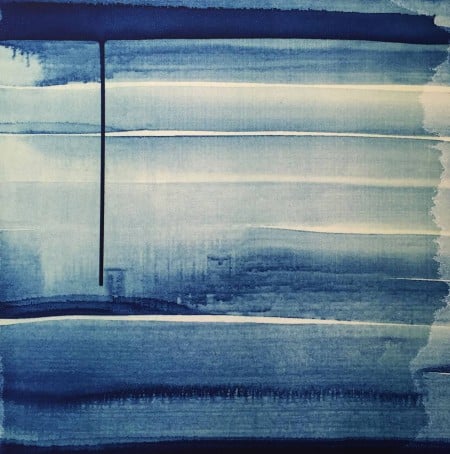 A type of print — usually unique — created by altering the surface of an existing etched plate by adding more ink to it. Edgar Degas is one of the most notable artist to experiment extensively with the monoprint.

Story by Meredith Mendelsohn. See Meredith’s latest piece for Introspective, on why prints as a medium are heating up as a collecting category.