Turkish Rugs: A Guide to the Patterns and History of These East-Meets-West Carpets

From kilims to Oushaks, we break down the types and styles to know.
by Abigail R. Esman
Pin
Share
Tweet
Email

They’ve adorned the palaces of sultans and queens, inspired fairy tales and legends and cushioned the footsteps of generations. Turkish rugs, with their ruby reds and misted blues, their entwined botanical designs and rhythmic geometries, are as beloved today as they were in the 13th century, when the Turks of the Seljuk Empire began weaving these vibrant carpets in Anatolia.

Since then, technology, consumer demand and even geography have all left their mark, but the rugs continue to reflect rich age-old cultural and aesthetic traditions. This guide will help you find the ones best suited to your life, your style and your home.

What Is a Turkish Rug?

A Turkish rug is simply one made in Turkey or the former Ottoman empire, employing the region’s unique traditional methods and weaves. Carpets produced elsewhere using the same techniques are considered inauthentic.

Varieties range from flat-woven kilims to lush knotted rugs, known as hali, many of which are created with Ghiordes, or Turkish, knots. Whereas in other knots, the weft (crosswise) yarn is wrapped around one warp (lengthwise) yarn, in Ghiordes knots, it is wrapped around two, imparting lushness and durability. In addition to knotting techniques, Turkish rugs differ in their motifs — naturalistic or stylized, geometric or figurative — which often reflect the region where they were made.

Types and Styles of Turkish Rugs

Turkish rug types and styles are defined both by weaving method and region, city or village of origin. The main types, as Milan-based carpet dealer Alfredo Levi explains it, are kilim, typified by a plain slit-tapestry weave, which leaves a gap, or slit, between sections woven with different yarns in different colors; sumak, made with weft wrapping, for a sturdier flat-woven carpet; and cicim, which he describes as “a type of sumak with extra brocade techniques typical of the tribes and villages of central Anatolia.”

Within each type, there are various regional styles. Among these are Bergama carpets, characterized by bright reds and strong medallions; thick-piled Tulu rugs; and Konya rugs, which Marco Polo is said to have called “the most beautiful in the world.” With their strong tribal motifs and hot-red wefts of especially luxurious wool, Konya carpets are especially prized by collectors.

Still made in the coastal Turkish town of Hereke, these woven jewels — with their exquisite, highly intricate floral patterns crafted from wool, cotton and silk and frequently enhanced with gold and silver threads — are much sought-after by collectors and decorators the world over.

For Jason Nazmiyal, of New York carpet dealer Nazmiyal Antique Rugs, “a good Turkish rug is when the colors are harmonious.” This is true of both modern and antique Turkish rugs, but the hues have changed over the centuries, thanks to both technology and changes in culture and taste.

Even so, Murat Kupcu, of Double Knot Rug Gallery, finds that today’s buyers frequently prefer the more subdued tones of commercial dyes. “Color is a challenge,” he notes, “and a rug has a big impact in a room, so we end up with a lot of gray and beige.” Buyers should be careful, however, not to mistake new commercially bleached Turkish carpets for antique or vintage rugs.

Patterns, too, have evolved. Although many weavers continue to produce traditional designs, others reinterpret their cultural heritage in contemporary terms, with bolder ornamentation and more geometric motifs. Contemporary rugs also are seldom made by hand and often incorporate synthetics into the weave, for cost-effectiveness and a durability suited to 21st-century life.

But just as beige doesn’t have to be boring (think colors like marble gray or pinkish sand), a manufactured rug can be a boon. “In the end, you may prefer a machine-made rug because of your dog, your child, the wear and tear,” Kupcu points out. “Sometimes you’re better off giving up the romantic notion of ‘handmade.’ ”

What is special about a Turkish rug?

“Antique Turkish rugs are masterful in the way they layer color,” says interior designer Sara Bengur. “There are often many colors woven together in the pattern, yet they feel balanced and serene, especially when woven with vegetable dyes the way most antique rugs were. I also love the intentional imperfections that are the weavers’ way of putting their stamp and personal touch on it.

“The wool from Turkey, too, is much different than wool from other countries,” she adds. “It has a very refined hand to it, making their flat-weaves look sophisticated and at home in more-urban environments, even though they were created for purely functional reasons and used in a practical way in rural communities to cover floors and beds.”

What should you look for in a Turkish carpet?

The best carpets are woven or knotted using the classic Ghiordes knot and made from wool, cotton, camel or other animal hair or — in the most luxurious examples — silk. Older rugs boast intricate designs in scarlet, brick and navy; after the 18th century, they became larger, with softer hues. Watch out for “antique-wash” carpets — newer rugs bleached to look old, usually overpriced and of poor quality. If investment matters, says Nazmiyal, choose rugs of all-over design instead of ones with a center medallion.

How do you care for Turkish carpets and rugs?

“Handmade rugs should be cleaned by specialized cleaners,” Kupcu advises. “Light vacuuming, dusting by shaking outside and spot cleaning with a little bit of soap and water is what you can do at home.”

Where is the best place to buy a Turkish carpet or rug?

First and foremost, look for reputable dealers. And train your eye by finding rugs you like — even searching Google images, suggests Nazmiyal — and comparing them. Kupcu also cautions, “As a consumer, you need to ask questions.” Is a certain rug “antiqued”? When and where was it made?

Be wary of touristy carpet shops in cities like Istanbul, whose wares may well have been made recently — in China. Often, it takes an expert eye to know the difference.

“I spent a lot of time reading books, visiting museums and eventually befriending expert dealers, touching rugs,” says Kupcu. “I learned even more after opening my store. I am still learning.” 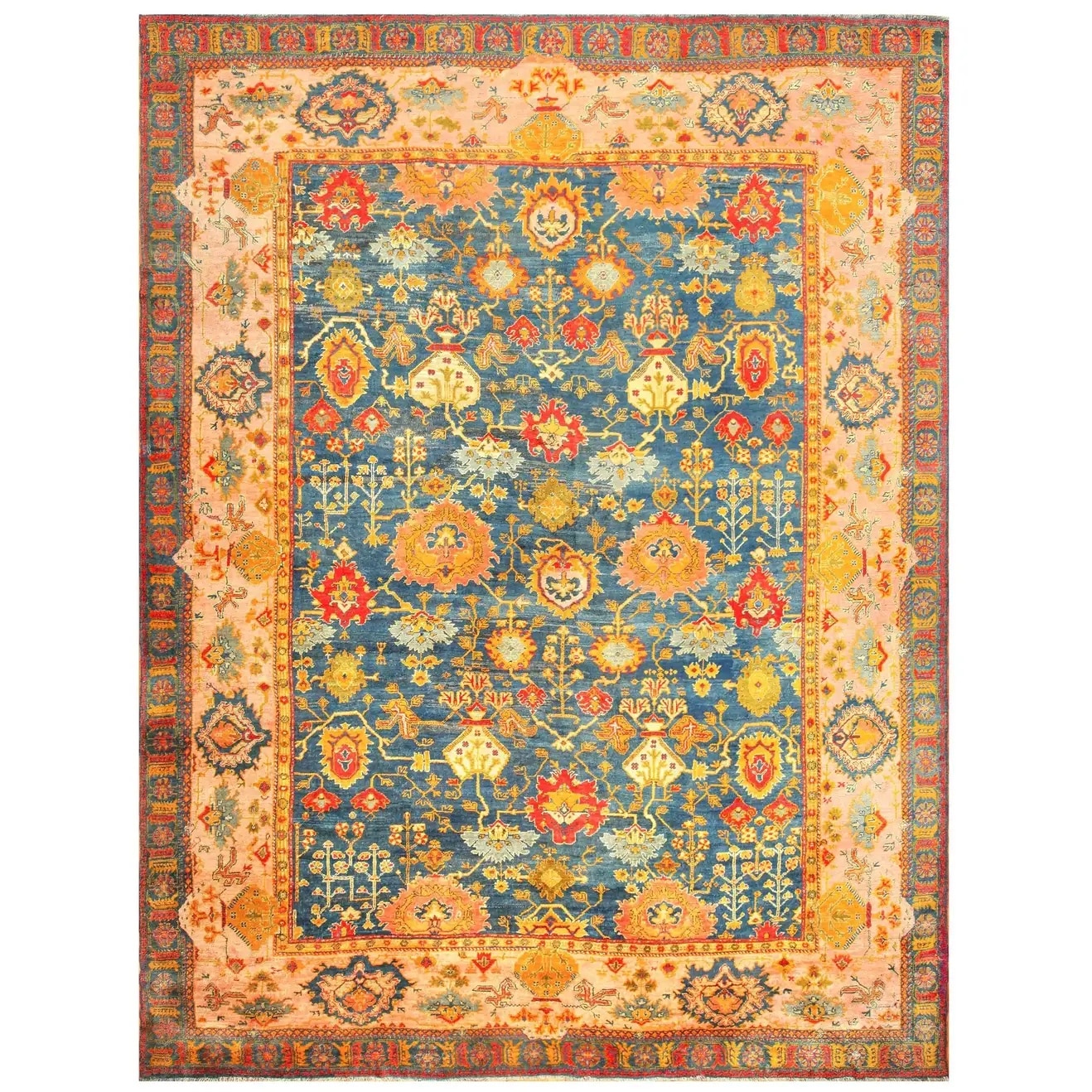