Can something be called a trend if it’s been around for 500 years?

Wunderkammern, or curiosity cabinets, were all the rage in Europe during the 1500s and continued to have adherents there and in the U.S. in the following centuries. Today, however, they’re experiencing a real surge in popularity and influencing how many interior designers are furnishing and decorating homes — combining contemporary with antique, scientific with tribal, earthly with extraterrestrial, Les Lalanne tables with Flemish tapestries.

An exquisite example of such a room could be seen earlier this year in “William Hunter and the Anatomy of the Modern Museum,” at the Yale Center for British Art, in New Haven, Connecticut. The exhibition contained 300 items from the extraordinary collection of Scottish physician William Hunter (1718–83), which included everything from paintings and medieval manuscripts to ethnographic objects and fossils.

As the museum noted on its website, Hunter’s acquisitions, which eventually formed the core of Glasgow’s Hunterian Museum, illuminate “the artistic, medical, and intellectual pursuits of the Age of Enlightenment” and stem from investigations that “focus at their heart on the nature and origins of life itself.”

With the advent of public museums, Wunderkammern shrank, going from room-sized installations to literal cabinets filled with the same range of items but on a smaller, more intimate scale. Now, designers are reversing that trend, displaying unexpected and very varied curiosities next to one another throughout entire residences.

“I believe that juxtaposition creates honesty in a design,” says celebrity interior designer Jeremiah Brent. “Your home has the opportunity to be a physical curated timeline of your shared experiences.” Brent deftly performs just such a curation in his own home, which he shares with his husband (and fellow designer), Nate Berkus, and their two daughters. “We always want to showcase things that are meaningful to us in some way,” he says. “You want these objects to highlight who you are and where you have been.”

No longer do you need to match 18th-century French furniture with 18th-century French painting. Instead, designers are seeding homes with marvels from throughout history. In an apartment on Manhattan’s Fifth Avenue, for instance, Brian Murphy hung a painting by Jean-Michel Basquiat among gilded Régence dining chairs, paired an Egyptian bust with a work by Jean Dubuffet and placed tribal statuary facing an Yves Klein table.

Other items may be deployed simply for their beauty. Minerals and fossils, favored by the early creators of curiosity cabinets, are enjoying a renaissance, according to Jamie Creel, of New York’s Creel and Gow gallery — either grouped together or displayed as unique, sculptural objects. Ancient Roman statuary, insects, scientific paraphernalia, even meteorites are much sought-after, mostly by people who, says Creel, shun mass-market items and prefer “having accents of curiosity in their house, things that have a bit of a story, a bit of history.”

In his homes, artist Hunt Slonem pairs his bright, neo-Expressionist paintings of irises, rabbits and tropical birds with Victoriana and mid-19th-century furniture in rooms accented by his eclectic collections of Staffordshire porcelain, Gothic revival perfume bottles and 19th-century top hats. “I am a collector of things,” Slonem told us back in 2015. “My primary focus is color and objects. I love to make them work in a space.”

Such an approach, Creel acknowledges, requires creativity and a willingness to think outside the big-box-store box. Often, too, it requires a sense of humor: Not everyone would see the attraction of a malachite pyramid, for instance, let alone a deconstructed lobster specimen. And not everyone has the confidence, Murphy points out, “to mix periods and eras” on a large scale.

For more timid collectors, who don’t want a whole houseful of wonders, the classic curiosity cabinet is a fun option that’s equally on-trend. In Hubert Zandberg’s London home, a historic canal keeper’s house, the interior designer created an otherworldly cabinet of curiosities to display his personal collection of contemporary art, exotica and objets trouvés and allow them to converse with his design furniture and industrial salvage pieces.

“We wanted to form a dialogue among all these different items without presenting them in a way that was overly academic or intimidating,” Zandberg says. He had the walls painted black to create a dramatic backdrop for items collected throughout his life and travels, like vintage oval mirrors by Tommi Parzinger and 1960s Brazilian jacaranda chairs.

Wunderkammern make another appearance back in New York, where design firm Roman and Williams Buildings and Interiors recently created an installation at its gallery, Roman and Williams Guild, to celebrate the launch of Farrow & Ball’s new paint collection based on the 1814 handbook Werner’s Nomenclature of Colours. The display consists of a series of curiosity cabinets, each containing the naturalia and exotica that the handbook used to exemplify the associated hue. “With the installation design, we wanted to share the common language of color and its relationship to the natural world around us,” says Robin Standefer, cofounder of Roman and Williams.

Collectors worldwide seem to be embracing Wunderkammern. While many revel in the challenge of building them — it’s a great way to integrate, say, that Victorian case piece inherited from Great Aunt Sally into a more contemporary home — others find a special charm in existing period ones.

M.S. Rau Antiques, in New Orleans, has a lovely 17th-century Italian Baroque example, although it was likely “created as a storage space to keep the rare or unique items someone collected safe, not necessarily for display,” notes Rau marketing manager Kristin Core, pointing to the many drawers “in varying sizes for a variety of objects.”

Still others might want to scale down even further, perhaps creating a Joseph Cornell–style arrangement of natura, artificiala, scientifica and exotica within a framed set of shelves, hung against the wall. The key, says Murphy, is “having an open mind for what you think is beautiful.” From there, adds Core, “it’s really all about the journey, so to speak, of finding and acquiring just the right objects that speak to you.”

Brent’s take is even more personal, and a touch sentimental. “When curating your curiosity cabinet,” he says, “remind yourself of the memories behind those objects.” What story comes to mind when you look at them? Do they reflect who you are? “Every part of your home should spark an emotion or a memory. Tell your story.” 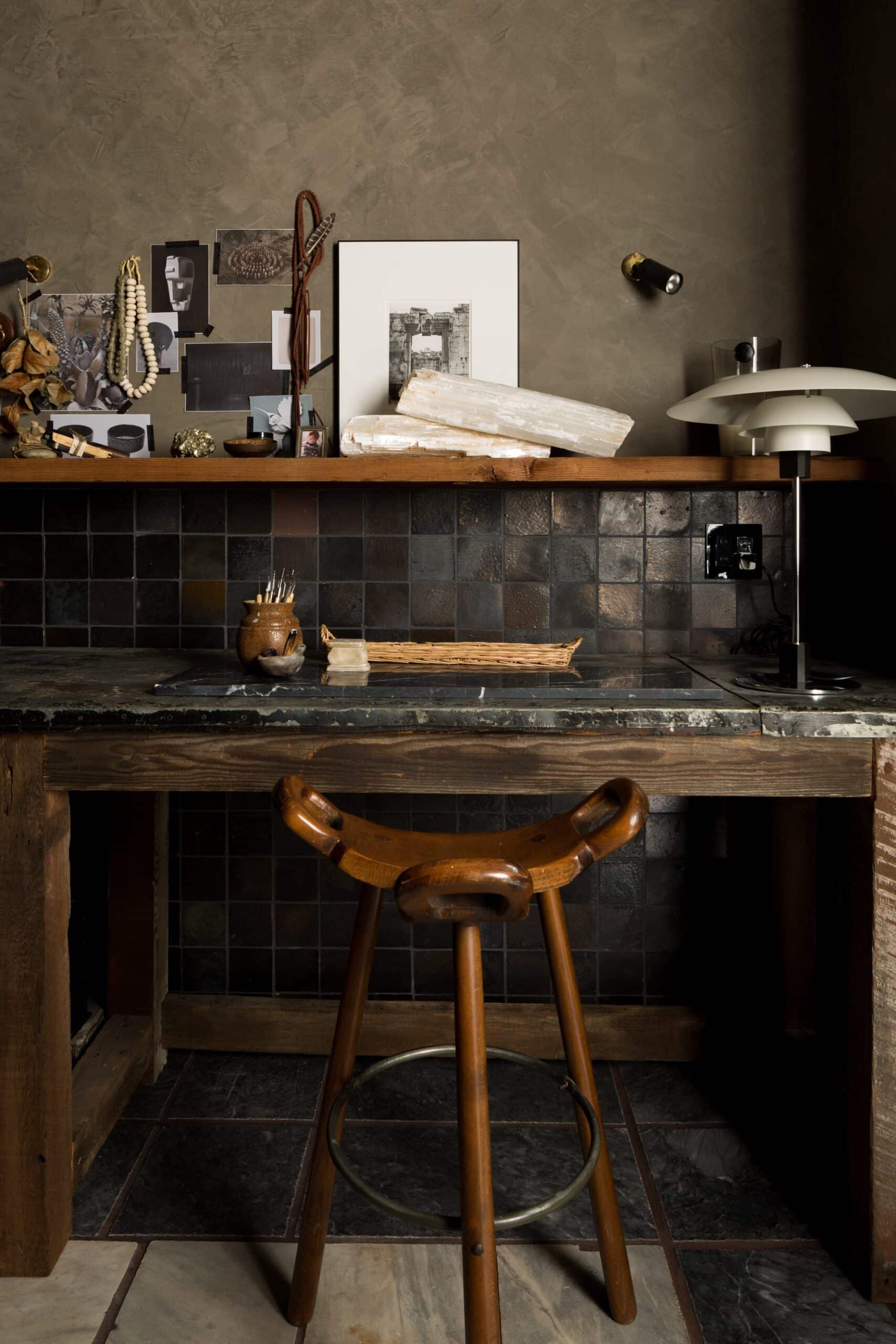