Emerging from the New York City street-art scene, Jean-Michel Basquiat would become one of the most significant artists of the 20th century as he mixed hand-scrawled text, vibrant color, gestural brushwork and themes of social commentary in a prolific output of Neo-Expressionist paintings. Although his pieces always retained the improvisational energy of graffiti, Basquiat used deceptively uncomplicated motifs such as crowns and professional boxers to honor the majesty and power of Black men and place himself in that lineage. Today, Basquiat’s art is among the most expensive in the world, with his paintings regularly fetching tens of millions of dollars at auction.

Born in Brooklyn to a Haitian-American father and Puerto Rican mother, Basquiat’s parents treated him to regular visits to New York City museums and nurtured his early talent for drawing cartoons. When he was hit by a car while playing in the street, Basquiat’s mother gave him a copy of the lushly illustrated medical reference book Gray’s Anatomy. Later, human bones and body parts such as skulls and rib cages would prove potent as subject matter for his provocative and spirited visual explorations of social issues as well as his own vulnerability and the struggles he faced as a Black artist.

As a teenager, Basquiat spray-painted city bridges with friend Al Diaz, and their “SAMO” tag caught the eyes of local artists. He left home before he was 20, selling hand-painted sweatshirts and postcards in Lower Manhattan. Because Basquiat was homeless — sleeping in parks and girlfriends’ apartments — he couldn’t afford proper canvases, and instead transformed found materials, such as old doors and windows, with paint and layered paper. The works vividly juxtaposed a street-art style with forms inspired by Abstract Expressionism.

Basquiat’s first public exhibition was “The Times Square Show” in 1980, a landmark event for artists experimenting with the boundaries between the galleries and the streets, with pieces by Keith Haring, Jenny Holzer, Kenny Scharf and Kiki Smith. His art soon garnered critical acclaim as well as the attention of collectors. Basquiat’s first solo show was at Soho’s Annina Nosei Gallery, in 1982, with another that year at Larry Gagosian Gallery in Los Angeles. His star continued to rise with multiple exhibitions in Europe, a 1983 feature in the Whitney Biennial and inclusion in a 1984 exhibition of painting at New York’s Museum of Modern Art. But he found that racist stereotypes persisted in press coverage of him, even as his profile expanded, and friends contend that he was exploited by collectors and art dealers. He battled a heroin addiction for years, and at the age of 27, Basquiat died from an accidental drug overdose on August 12, 1988.

Although it mainly spanned from 1980 to 1988, Basquiat’s career in visual art involved hundreds of paintings, drawings, sculptures, prints and other works. This included collaborations with Andy Warhol, with whom he created a series of paintings between 1983 and 1985. Basquiat’s art has been exhibited in almost every major art museum in the world, and in 2017 his 1982 Untitled painting was sold for $110.5 million at a Sotheby’s auction.

Find a collection of original Jean-Michel Basquiat art on 1stDibs. 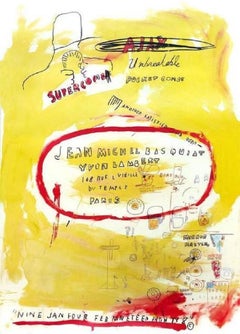 Beat Bop
By Jean-Michel Basquiat
Located in Washington , DC, DC
Jean Michel Basquiat (After). This is a reissue of the classic album cover designed for Beat Bop with Rammellzee
Category

Boxer Rebellion
By Jean-Michel Basquiat
Located in New York, NY
1982-83 / 2018 Sceenprint in colors, on Rives BFK paper Image/sheet: 29 x 39 1/2 in. Edition of 60 Numbered on the front, and Estate-stamped, signed and dated on the reverse by the E...
Category

Jean-Michel Basquiat
Portrait of a Collector, 1986 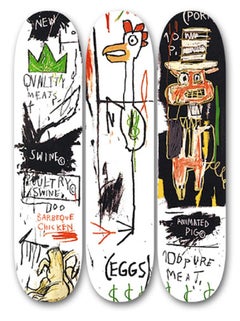 H 31 in. W 8 in.
Untitled
By Jean-Michel Basquiat
Located in Washington , DC, DC
Set of 5 skateboard decks Publisher: Estate of Jean Michel Basquiat in collaboration with Artestar Please see our other listings
Category 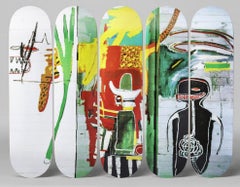 H 31 in. W 8 in.
Gold Griot
By Jean-Michel Basquiat
Located in Washington , DC, DC
Estate of Jean Michel Basquiat in collaboration with Artestar and Skateroom Please see our other listings
Category

H 31 in. W 8 in.
Beat Bop
By Jean-Michel Basquiat
Located in Washington , DC, DC
Jean Michel Basquiat (After). This is a reissue of the classic album cover designed for Beat Bop with Rammellzee
Category

H 32 in. W 8 in.
Untitled
By Keith Haring
Located in Washington , DC, DC
made in conjunction with the Estate of Keith Haring
Category

H 32 in. W 8 in.
Skateboard set of 3
By Andy Warhol
Located in Washington , DC, DC
skateboards made in conjunction with the Estate of Andy Warhol
Category

Jean-Michel Basquiat
Leg of the Dog, 1983

Jean-Michel Basquiat
Leg of the Dog, 1983

Find wide variety of authentic Jean-Michel Basquiat art available for sale on 1stDibs. You can also browse by medium to find art by Jean-Michel Basquiat in offset print, lithograph and more. Much of the original work by this artist or collective was created during the 20th Century and is mostly associated with the Pop Art style. Not every interior allows for large Jean-Michel Basquiat art, so small editions measuring 8.5 inches across are available. Customers interested in this artist might also find the work of Ed Ruscha, Tom Wesselmann and Jasper Johns. On 1stDibs, the price for these items starts at $575 and tops out at $24,000, while the average work can sell for $5,650.. 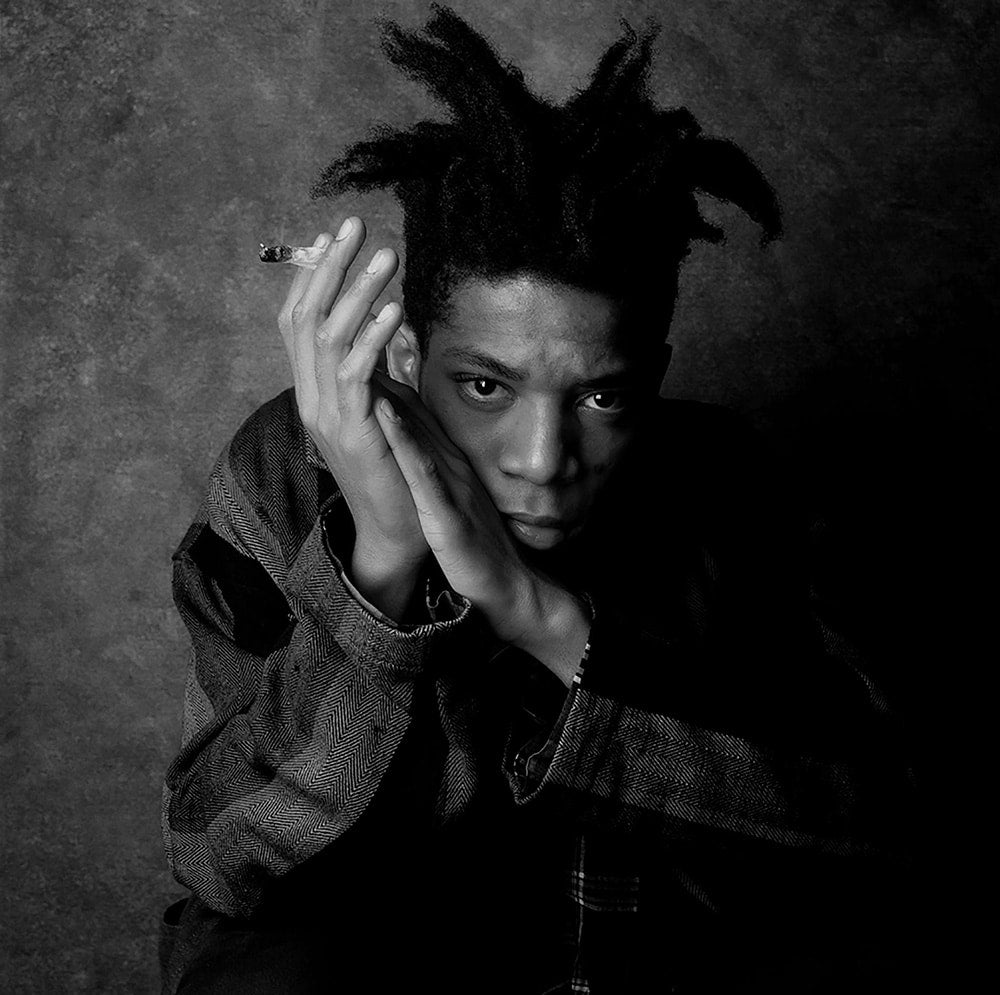