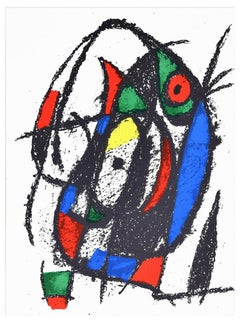 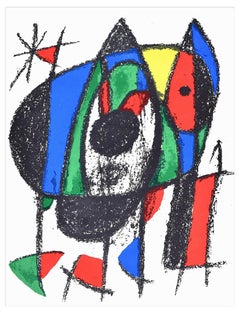 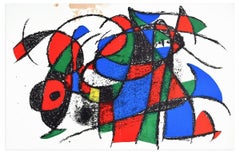 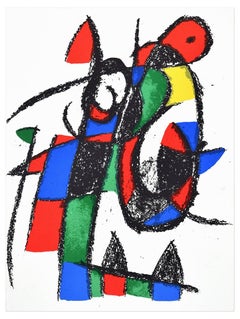 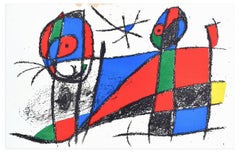 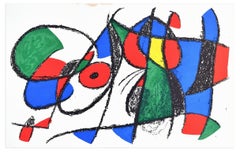 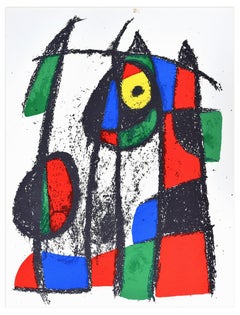 H 9.06 in. W 14.97 in. D 0.04 in.
Original Lithograph IX from 'Miro Lithographs II, Maeght Publisher' by Joan Miró
By Joan Miró
Located in Milwaukee, WI
This original lithograph is one of twelve produced by Joan Miró especially for the second volume of the catalogue of his lithographs. These are excellent examples of his later work a...
Category

On 1stDibs, there are several options of miro original lithographs available for sale. Browse a selection of Abstract, Surrealist or Modern versions of these works for sale today — there are 84 Abstract, 67 Surrealist and 12 Modern examples available. These items have been produced for many years, with earlier versions available from the 20th Century and newer variations made as recently as the 20th Century. You can search the miro original lithographs that we have for sale on 1stDibs by color — popular works were created in bold and neutral palettes with elements of gray, beige, black and white. Each of these unique pieces was handmade with extraordinary care, with artists most often working in lithograph, paper and handmade paper.

How Much are Miro Original Lithographs?

Miro original lithographs can differ in price owing to various characteristics — the average selling price for items in our inventory is $961, while the lowest priced sells for $179 and the highest can go for as much as $32,000.