First impressions last a lifetime. Though this axiom is most frequently employed to describe people, we think it applies equally to interior design. Consider the foyer. After all, a foyer — alternately, the entryway, entrance, vestibule and lobby — serves as a kind of design ambassador, introducing and welcoming guests to a home. And just like a smile or a handshake, it hints at what comes next: spaces that will either be inviting or formal, casual or dramatic, warm or minimal. The ideal foyer should be dazzling, demonstrative and tell a story unique to its inhabitants. To help get you started on the right foot, we’ve assembled a gallery of 17 beautiful entry ways, ranging from a spare Dallas atrium to a neoclassical Norman castle. It would be a pleasure to make the acquaintance of every one of them. 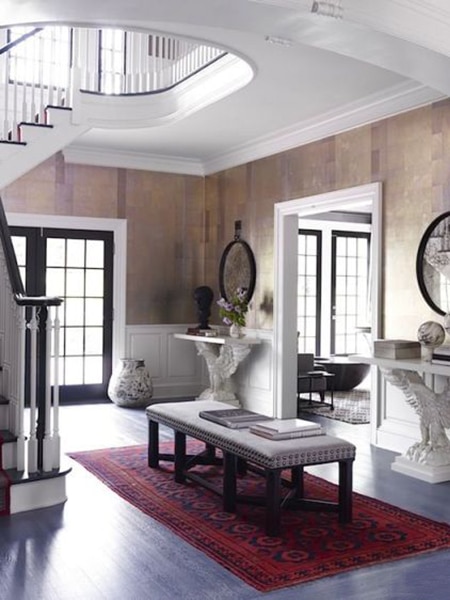 For the foyer of this Greenwich, Connecticut country home, interior designer Thom Filicia used round mirrors by Jonathan Burden and a Hickory Chair bench to balance the home’s neo-Georgian Colonial architecture. 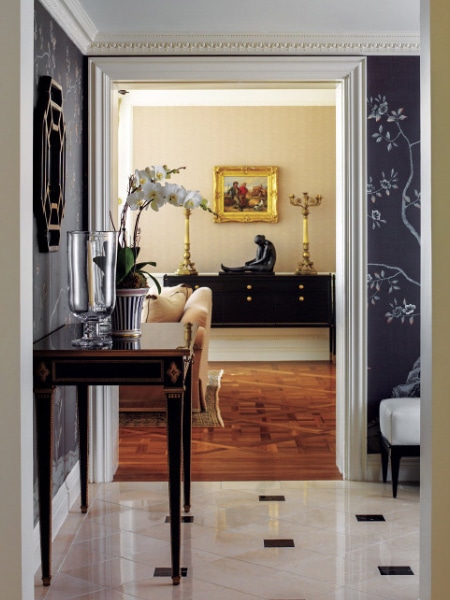 A parcel-gilt ebonized console in the style of Napoleon III and a Chippendale-style mirror welcomes guests to a Richard Mishaan–designed suite at the St. Regis Hotel in New York City. 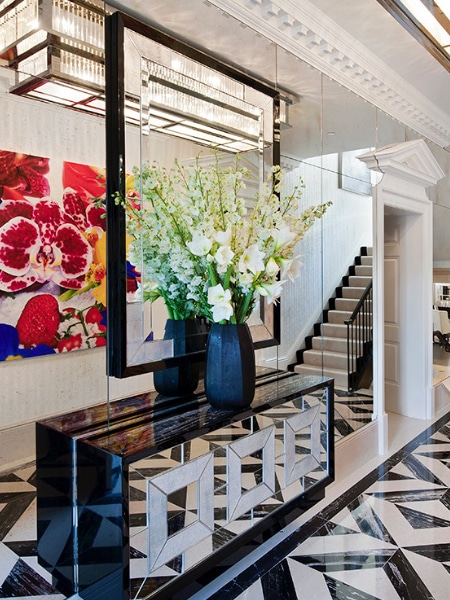 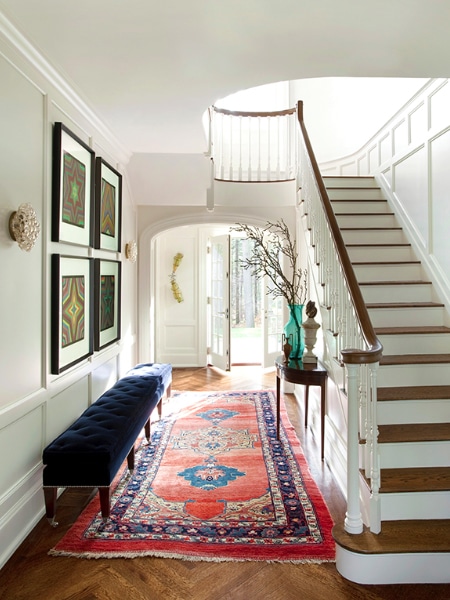 Designer Frank Roop used an oversize tufted bench to add an “unexpected or dramatic” element to the entryway of this Boston-area colonial home. 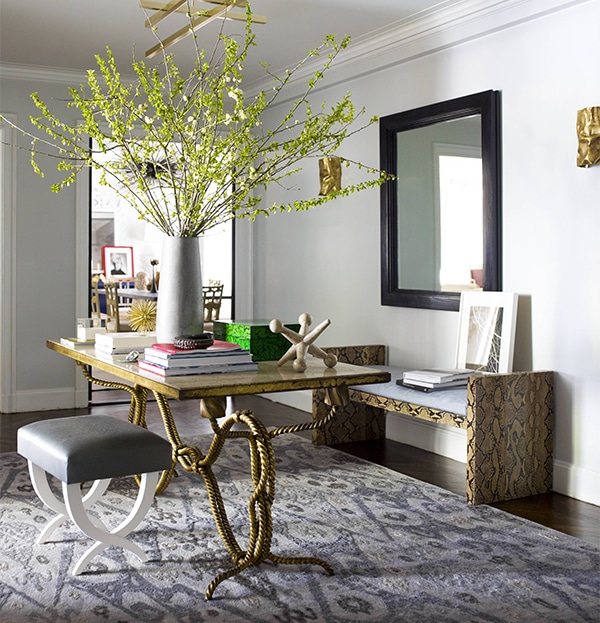 The foyer of this prewar Manhattan home includes a bench and mirror by Karl Springer. 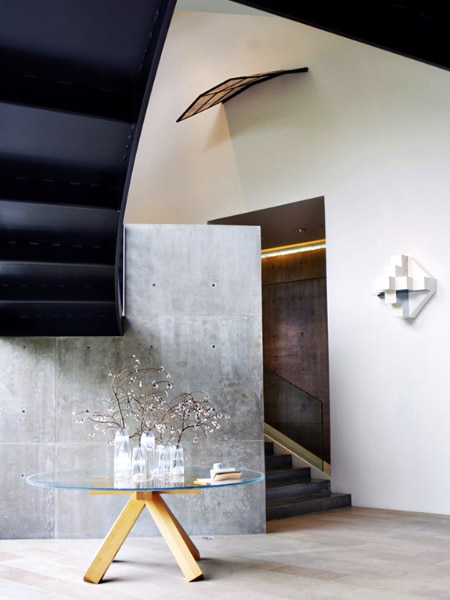 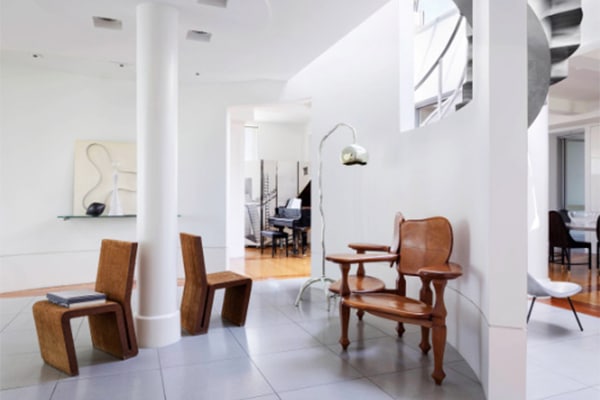 The foyer of Lee Mindel’s Manhattan penthouse is furnished with an assortment of iconic pieces, including Frank Gehry‘s corrugated chairs, a Siamese bench by Antoni Gaudí and a custom floor lamp by Maarten Baas. 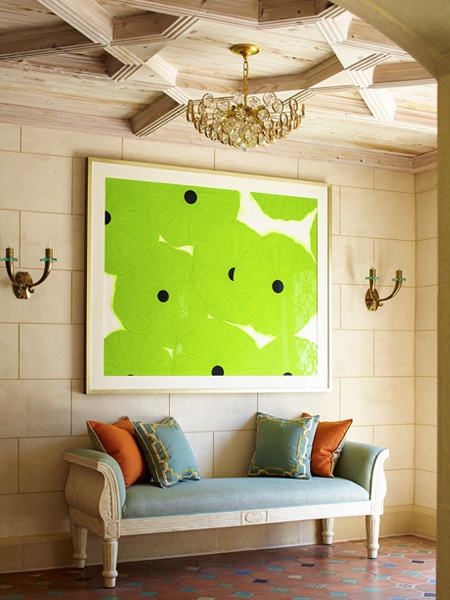 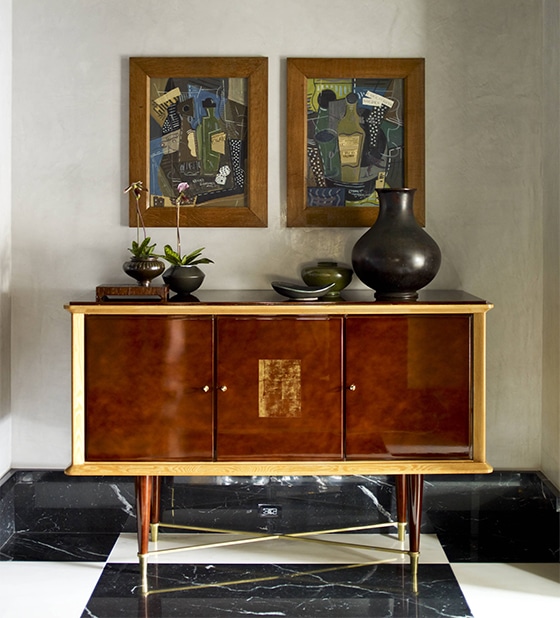 Interior designer Steven Gambrel created this crisp, glossy foyer for a project in the Flatiron neighborhood of New York City. 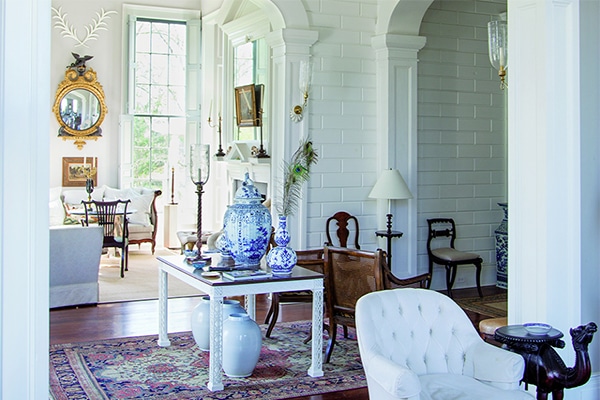 A view of the reception rooms at Cuthbert, a historic, Gothic Revival Georgia home owned by antiques dealer and interior designer Furlow Gatewood. 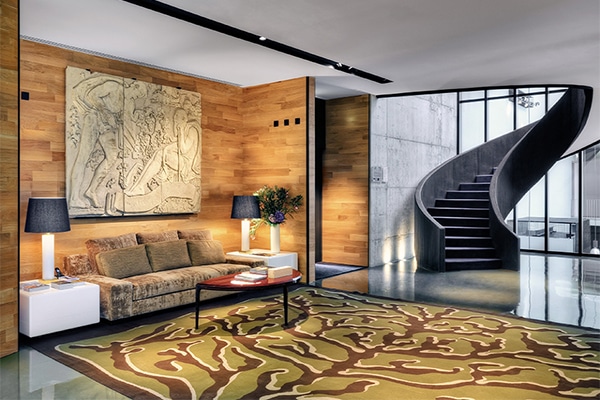 For the lobby of a Spanish winery, design duo Oitoemponto employed a 1940s French bas-relief depicting Noah and his son harvesting after the flood, and clad the walls with wood traditionally used for wine barrels. 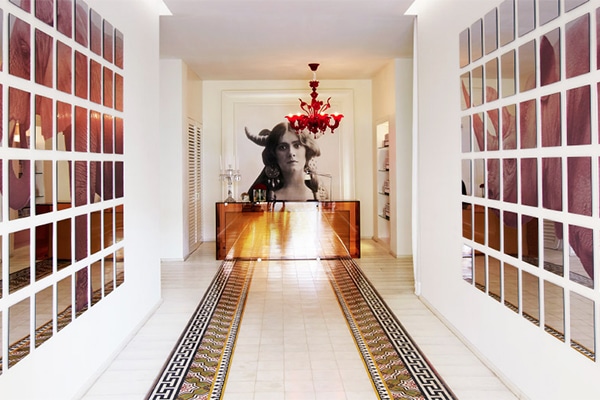 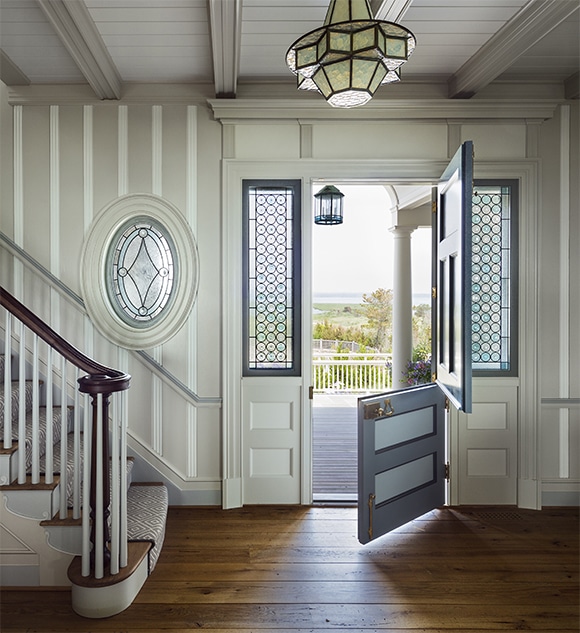 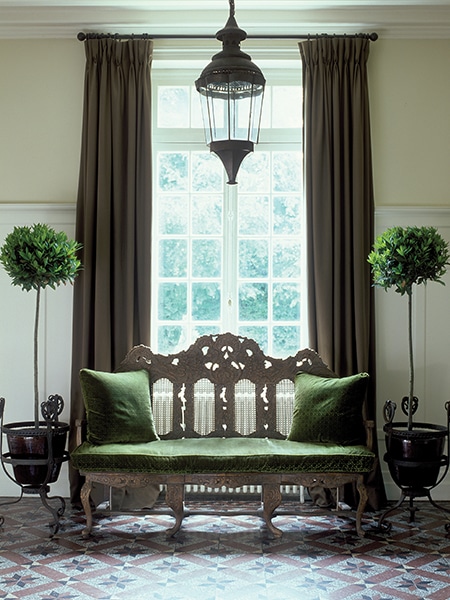 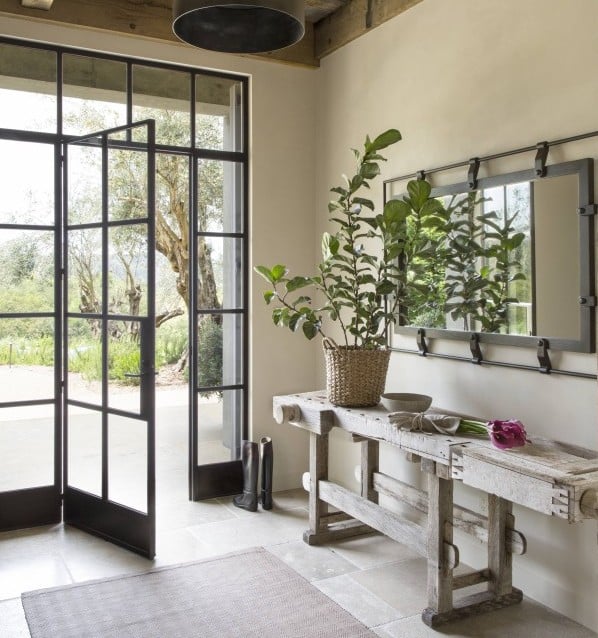 For this Healdsburg, California residence, interior designer Alison Davin of Jute used an antique joiner’s workbench and a custom mirror in the main entry hall. 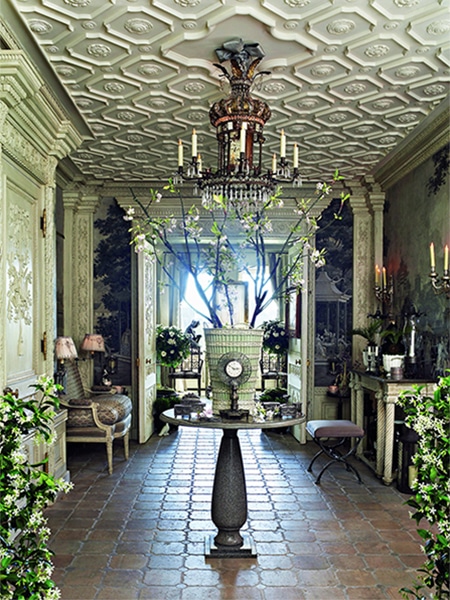 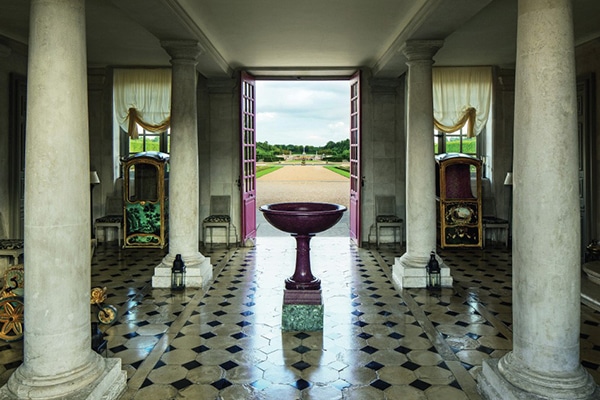 An antique porphyry bowl sits in the center of the entrance hall at the Château de Champ de Bataille, a 17th-century estate in Normandy owned by interior designer Jacques Garcia.