From the modern London apartment to the 16th-century countryside manor, these spaces range widely in style — but the common denominator is the combination of elegance, charm and subtle wit that defines English design.
by 1stDibs
Pin
Share
Tweet
Email 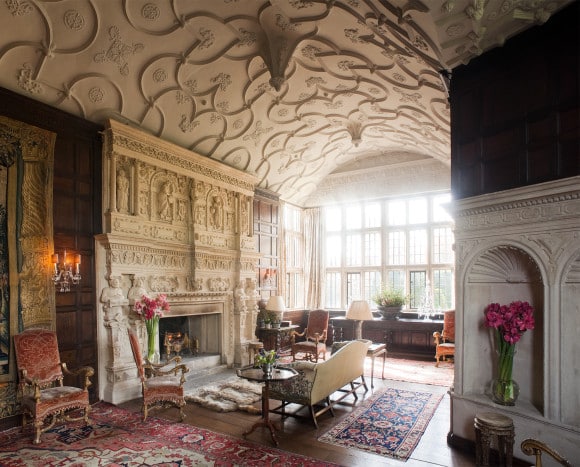 In the drawing room of South Wraxall Manor in Wiltshire, designer Robert Kime used a 17th-century Flemish tapestry to balance the weight of a large stone-carved fireplace and lighten the dark wood paneling; the red-velvet-covered 17th-century armchairs are from a suite commissioned for the Duke of Leeds. 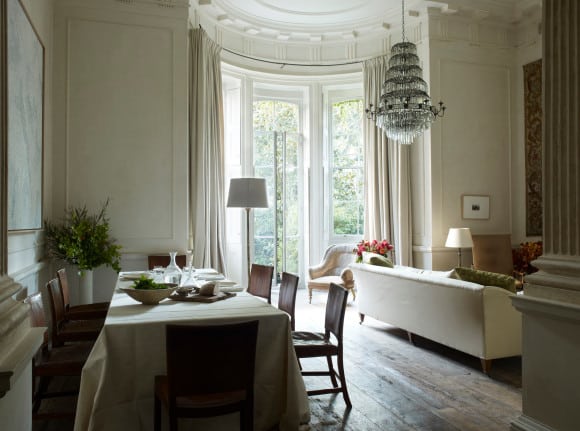 The living and dining room of designer Rose Uniacke’s own London home. 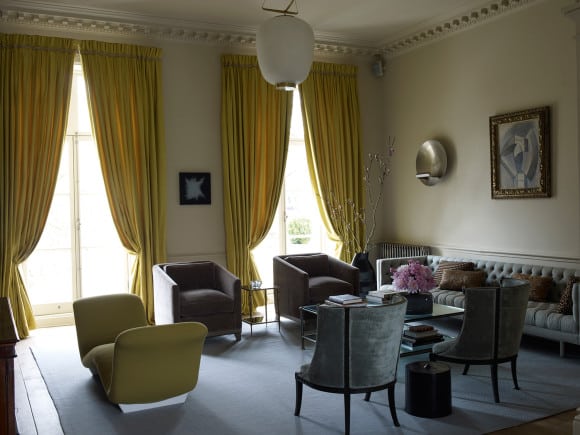 In a London drawing room, designer Steven Volpe placed a Picasso painting above a bepsoke tufted sofa; the vintage pendent is Stilnovo. 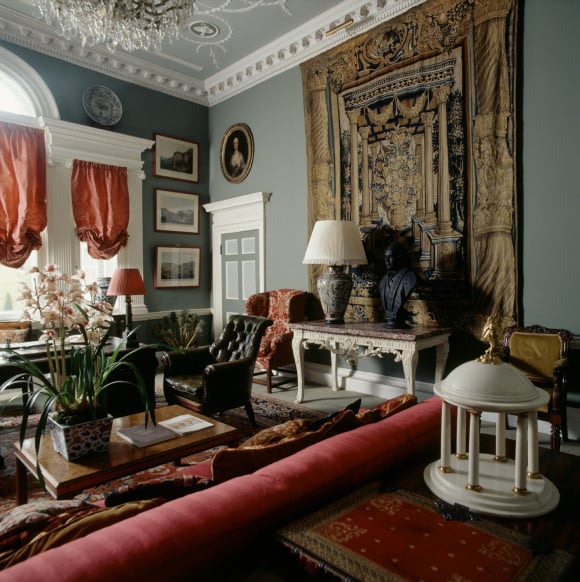 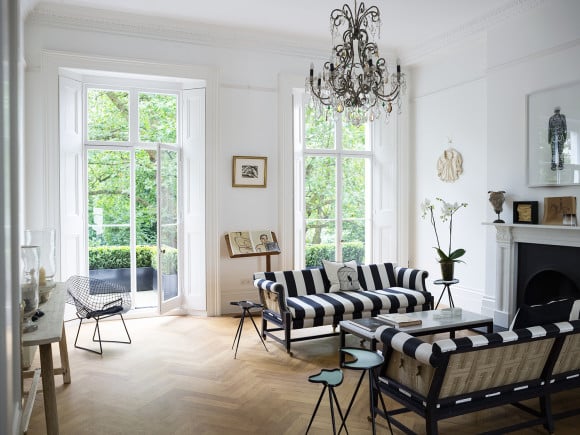 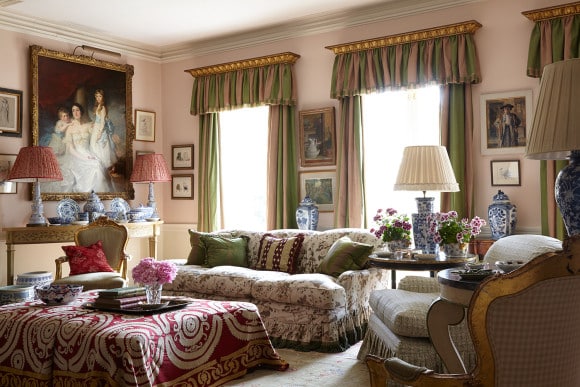 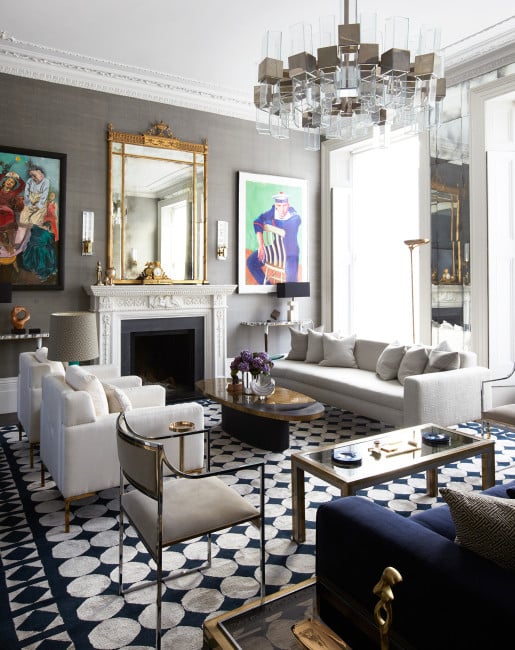 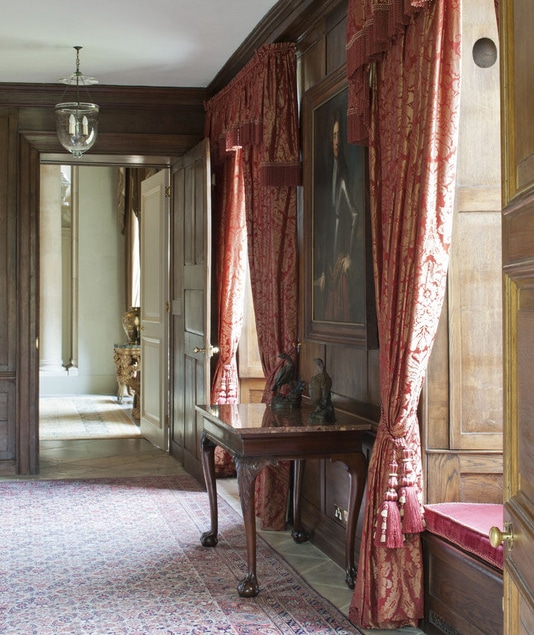 Light pouring into the back hall of a 17th-century house in Northamptonshire illuminates newly installed antiqued panelling, selected by Henrietta Spencer Churchill. 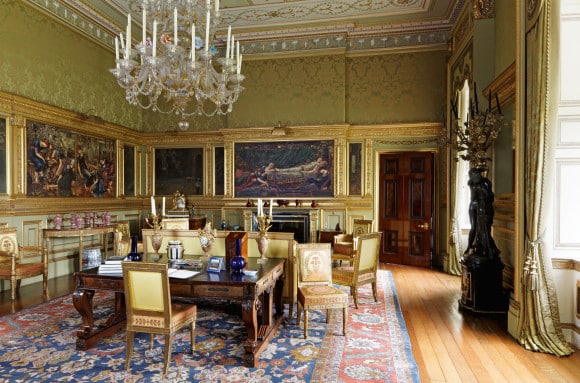 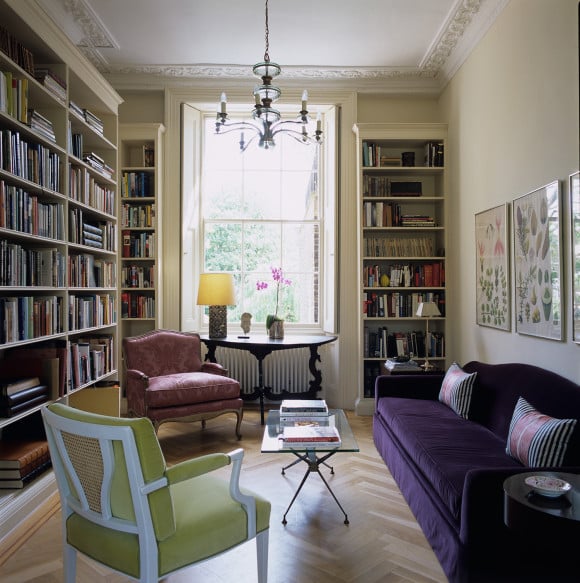 All photos by Bill Batten. 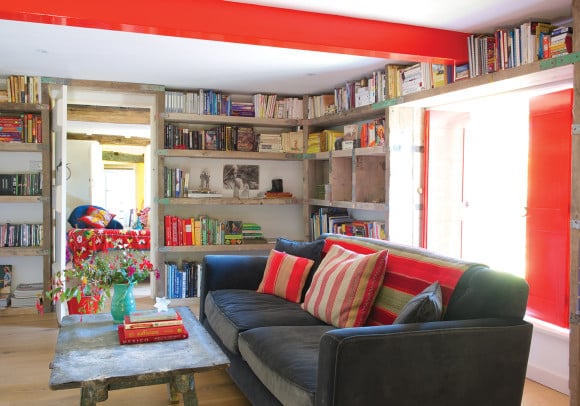 The living room of this countryside home in Devon, England, hums with bright color. It’s owner, a chef, “knows how to marry unconventional ingredients to create something original and fabulous,” writes interior designer Kathryn Ireland. 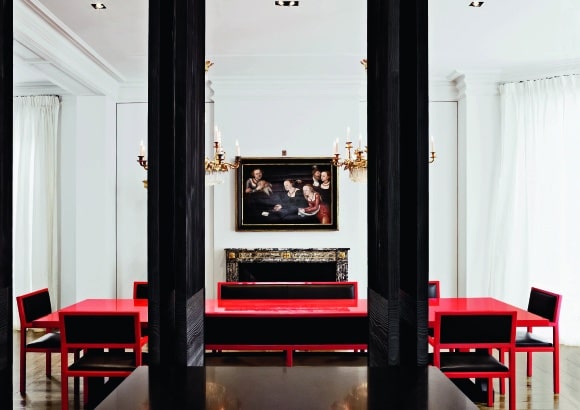 For a London townhouse, Christian Liaigre was asked to design a 19th-century townhouse around the owner’s collection of Renaissance paintings. He responded with furnishings strong enough to hold their own, including a red lacquer dining table and chairs. 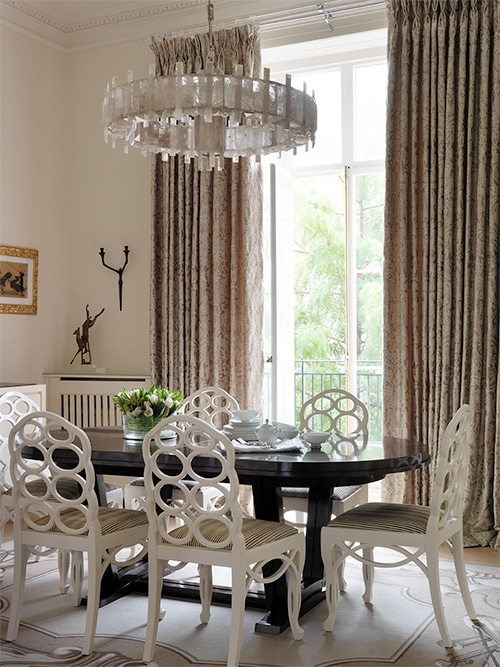 Designer Nina Campbell employed a mostly white palette for the dining room of this London apartment, but added Diego Giacometti bronze wall lights and an almost-black table give the room dimension. 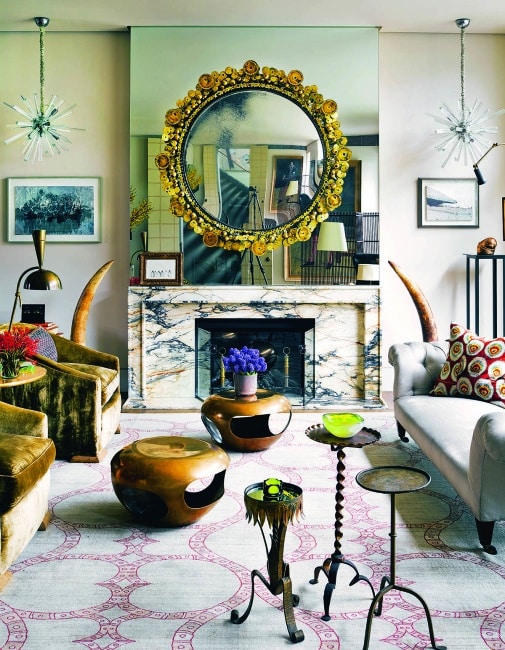 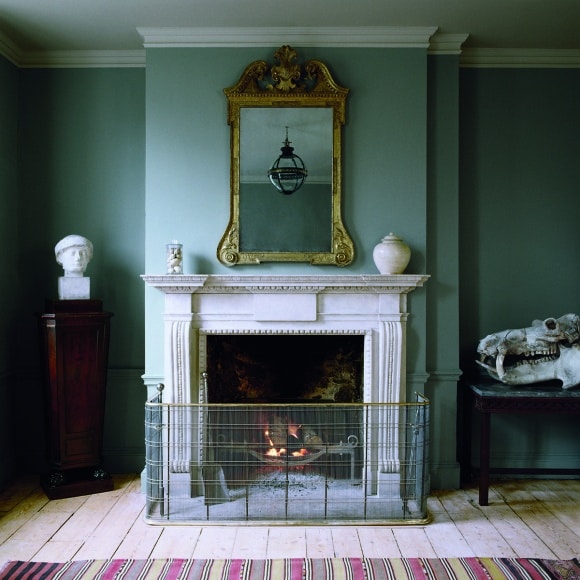 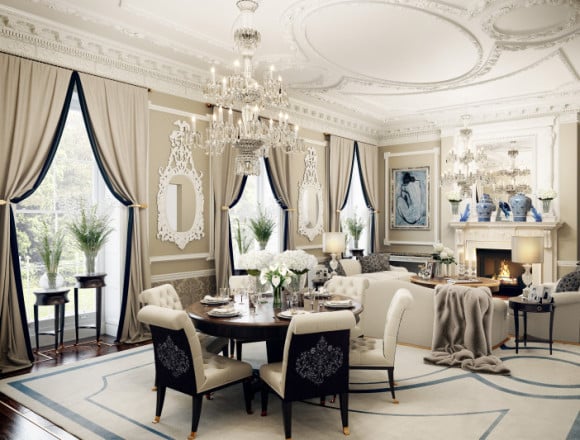 For the drawing room of a landmarked townhouse in the heart of London’s Mayfair district, Nicola Fontanella enhanced the original plasterwork ceiling with a Georgian chandelier and added a pair of period mirrors between the three windows. 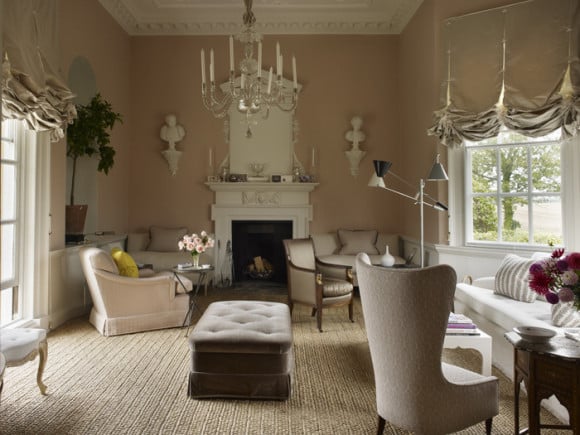 At Veere Grenney’s 18th-century country house (which once belonged to David Hicks) in Suffolk, England, the London designer employed a harmonious, comfortable mix of antique and modern furnishings. 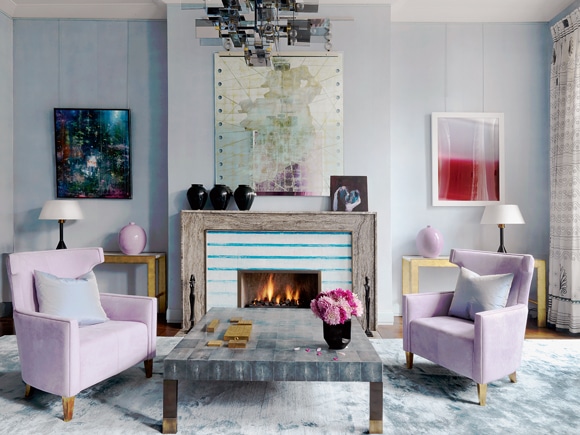 Though David Collins Studio is best known for its high-end restaurant and hotel projects, occasionally it takes on a lucky residential commission, such as this one, a London project from 2009.