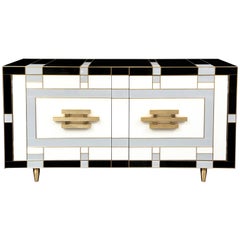 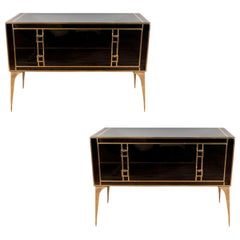 Pair of Round Emerald Green Onyx Marble and Brass Side or Martini Tables, Italy

Pair of Round Emerald Green Onyx Marble and Brass Side Tables, Milan, Italy 2019

Karina Gentinetta Furniture is available on 1stDibs for sale. These distinctive objects are frequently made of art glass and designed with extraordinary care. There are many options in our Karina Gentinetta Furniture collection, although brown editions of this piece are particularly popular. 0 vintage editions of these items are in stock, while there are 2 modern editions to choose from as well. Many of Karina Gentinetta's original furniture was created in the mid-century modern style in Europe during the 21st century and contemporary. If you’re looking for additional options, many customers also consider Furniture by Benjamin Casiano Furniture, Billy Couch Furniture and Cheryl Miller Furniture. The prices for Karina Gentinetta furniture can vary depending on size, time period and other attributes. The price for these items on 1stDibs starts at $12,250 and tops at $17,895, while pieces like these can sell for $15,073.