In his multifaceted work, Kerry James Marshall strives to address “the lack in the image bank” by elevating Black figures who have been excluded from Western art. Using a variety of black pigments, the artist heightens the skin tones of his subjects to honor their identities rather than ignore them. Best known for his large-scale paintings, Marshall also works in collage, photography, video and other media.

Born in Birmingham, Alabama, Marshall later grew up in the Watts neighborhood of Los Angeles, where his family relocated in 1963. As he studied art, including at the Otis Art Institute (now Otis College of Art and Design) in Los Angeles, he was struck by the absence of Black bodies in art history and museums. At the age of 25, he painted A Portrait of the Artist as a Shadow of His Former Self (1980). Its central figure, whose features almost merge with the background in their varying shades of black, references Ralph Ellison’s Invisible Man, the protagonist of which cannot be seen as a human being by other members of society because he is Black. For Marshall, A Portrait marked the start of an ongoing examination of the simultaneous visibility and invisibility of Black Americans.

Marshall’s practice has continued to concentrate on confronting stereotypes in the Black experience by celebrating joy and commemorating moments of Black history. His paintings frequently engage with the white-dominated traditions of the art historical canon by borrowing elements of style ranging from the Renaissance to the abstract movements of the 20th century. While he has said that he is driven by a sense of social responsibility for what he witnessed growing up in the South before the Civil Rights Act and in Los Angeles during the Watts riots of 1965, Marshall doesn’t focus on trauma in his works’ narrative scenes. Instead, they regularly depict people involved in everyday activities yet portrayed with the monumentality of a tableau painting.

Now based in Chicago, Marshall is recognized as one of the country’s leading contemporary painters, with a 2016 retrospective, "Mastry," touring the MCA Chicago, MOCA and the Metropolitan Museum of Art. In 2018, his painting Marshall’s Past Times (1997) sold for $21.1 million, the highest ever auction price for a work by a living Black artist.

Browse a collection of Kerry James Marshall’s art on 1stDibs. 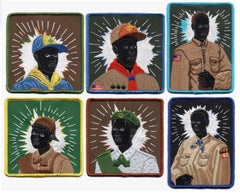 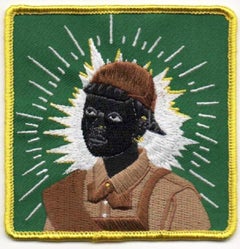 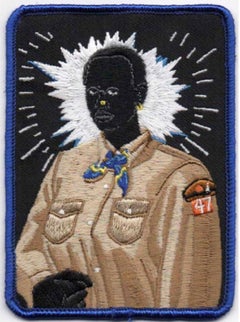 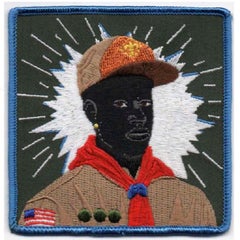 Vignette (Wishing Well)
By Kerry James Marshall
Located in Brooklyn, NY
Hand signed, titled, dated and numbered out of 50 in pencil by Marshall. Color aquatint, spitbite aquatint and sugarlift aquatint with softground and hardground etching, scrape and b...
Category

H 17.5 in. W 28.5 in.
Guggenheim Museum Bilbao
By Richard Haas
Located in New York, NY
Incised signature in aluminum, annotated "Artists Proof" and titled; ink on top smudged If you've ever visited the Guggenheim Bilbao, you should get this stunning mixed media on alum...
Category

Nancy Spero
Thou Shalt Not Kill (The Sixth Commandment), 1987

H 23.5 in. W 29.25 in.
Decade: Autoportrait, 1969
By Robert Indiana
Located in New York, NY
This is the limited edition signed and numbered lithograph (not to be confused with a larger unsigned edition), created in 1973 - when the artist retrospectively revisited his life i...
Category 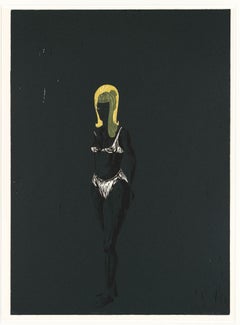 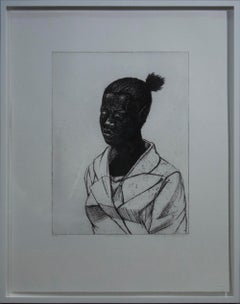 Find wide variety of authentic Kerry James Marshall art available for sale on 1stDibs. You can also browse by medium to find art by Kerry James Marshall in etching, woodcut print and more. Much of this artist's original work was created during the 21st Century and Contemporary, and is mostly associated with the Modern style. Not every interior allows for large Kerry James Marshall art, so small editions measuring 19 inches across are available. Customers interested in this artist might also find the work of Ernest Trova, Peter Jogo and Joanne Seltzer. On 1stDibs, the price for these items starts at $12,000 and tops out at $50,000, while the average work can sell for $12,000.