Sabine Danzé is a French artist of international renown. Presently his art circulates throughout the world. Painter, performer and digital artist, Sabine Danzé is a free electron by his artistic identity. Sabine Danzé's paintings create an emotional as well as an aesthetic response. They make you see the intensity in the looks of the characters, different levels of power in the body, and so many emotions and sensations. On each of his paintings on a large scale, he shows us a wide range of styles, from expressionism to figuration and abstract painting. The soul and the exaltation of the body are the only favorite subjects of the artist. To do this, Sabine Danzé's imagination and talent transform his paintings into works that are sometimes blinding, sometimes stimulating, but always of a rarely visual intensity. Following the passion of his father, he discovered the art of painters of the 15th century. At the age of seven, he began painting large portraits on the covers of jazz records owned by his father. Since then, he has never stopped drawing and painting. Medical student, Sabine Danzé had an incessant desire for art. He leaves the university and devotes himself solely to the art of creation. It is from his encounter with a great name in French design that Sabine Danzé discovers the world of fashion and the avant-garde and has been involved for many years as a true designer. After these years of exaltation of pure creation, Sabine Danzé decided to become a painter. These reference masters have always been Michelangelo, Merisi da Caravaggio and Fra Angelico. His paintings have since been exhibited in galleries in Europe and the United States. 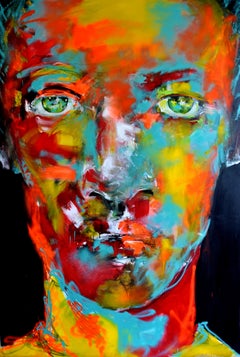 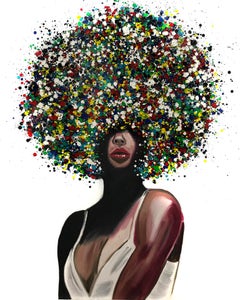 Into My Mind
By Gustavo Fernandes
Located in New York, NY
Category 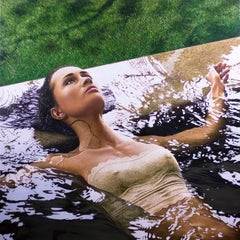 Gustavo Fernandes
Into My Mind, 2018

Things That Are Offered
Located in New York, NY
Category

Anwar Taimuri
Things That Are Offered, 2017