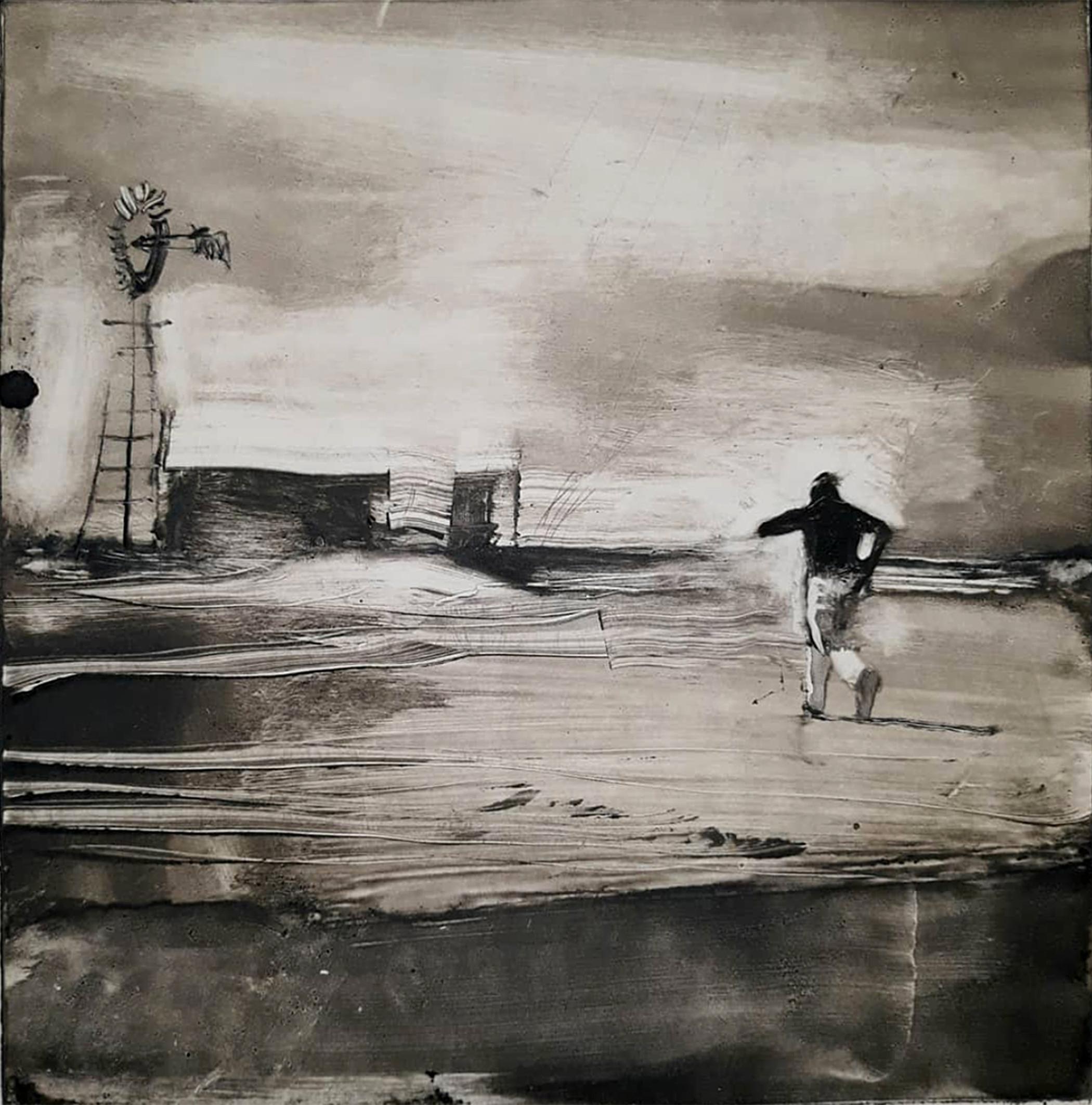 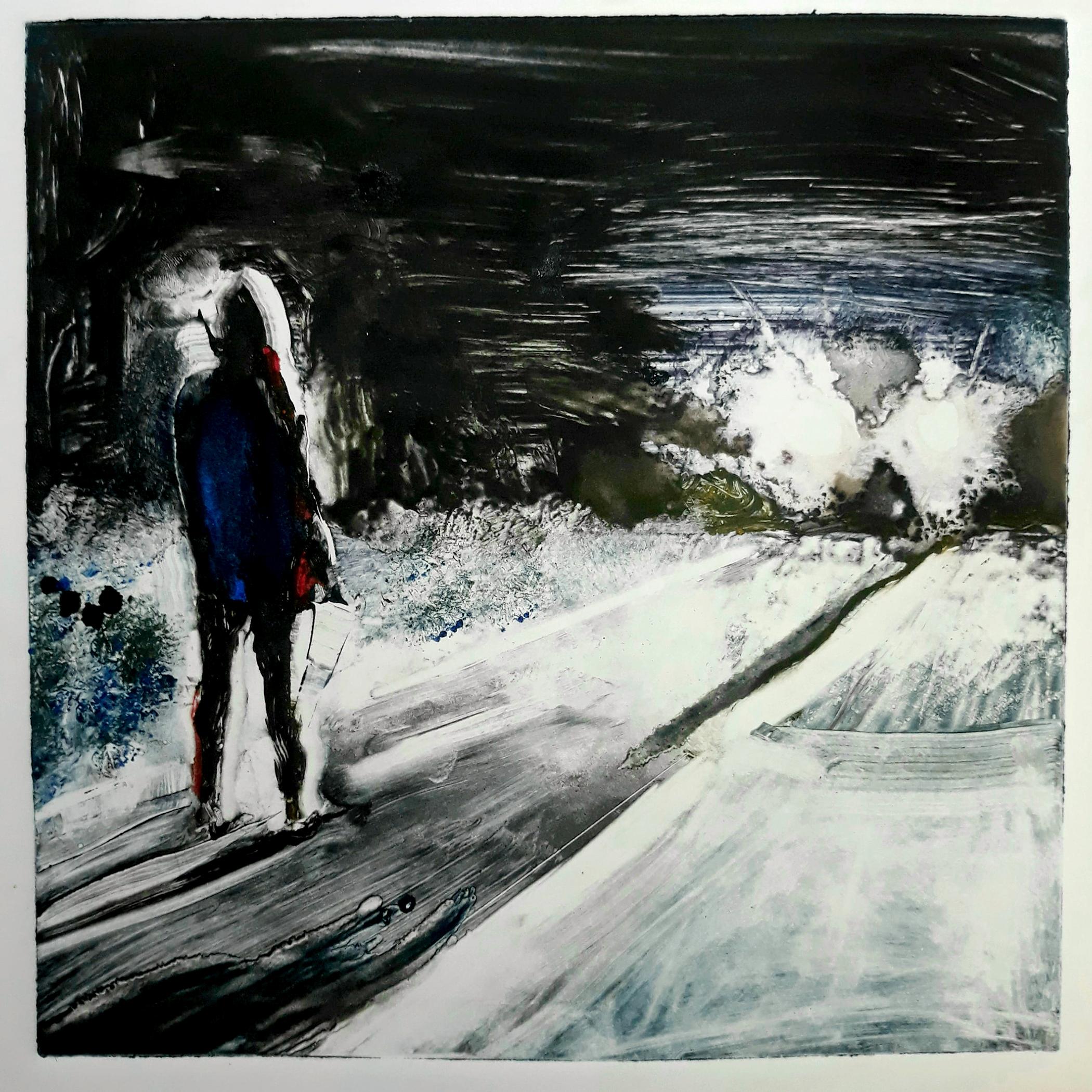 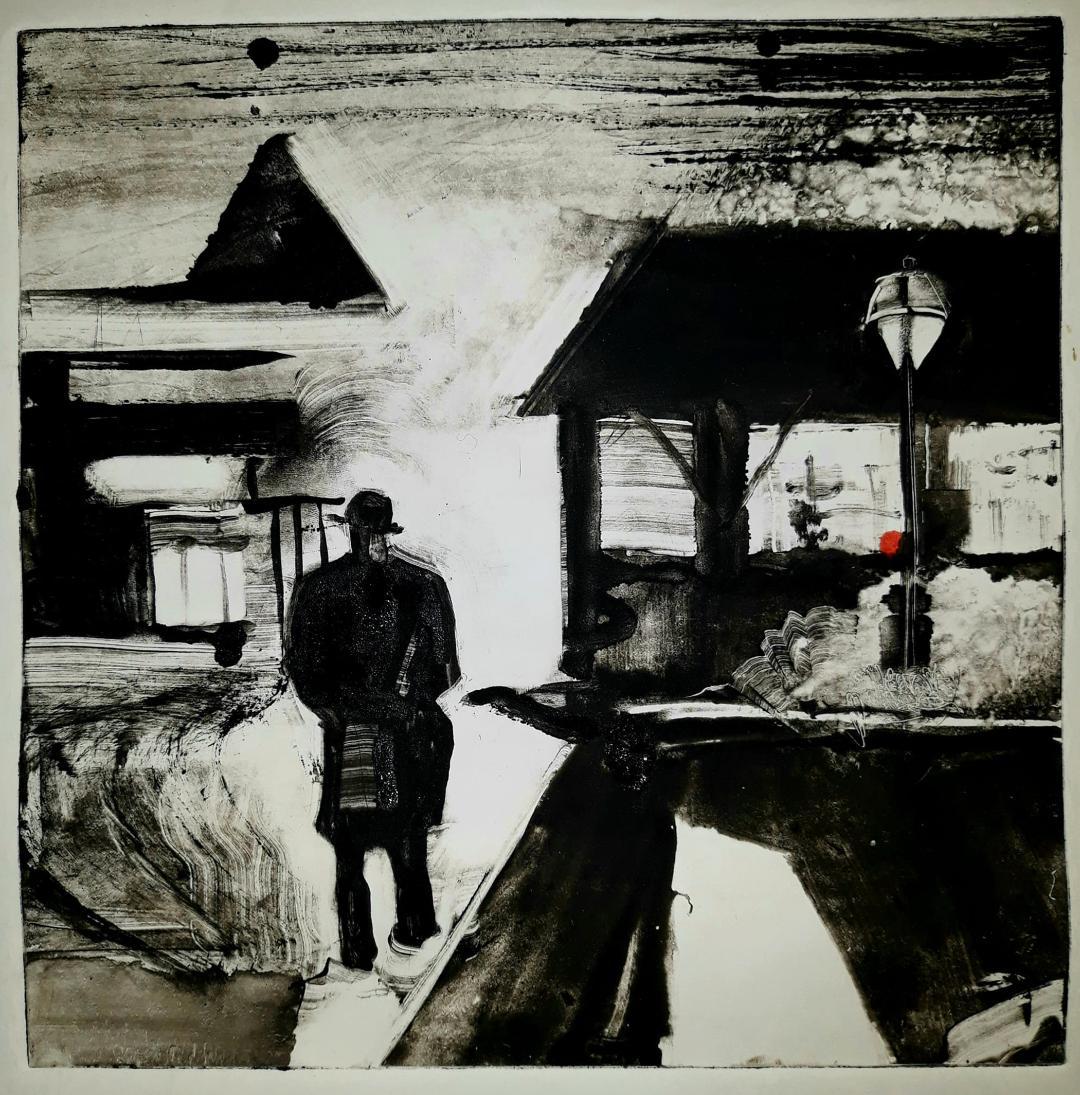 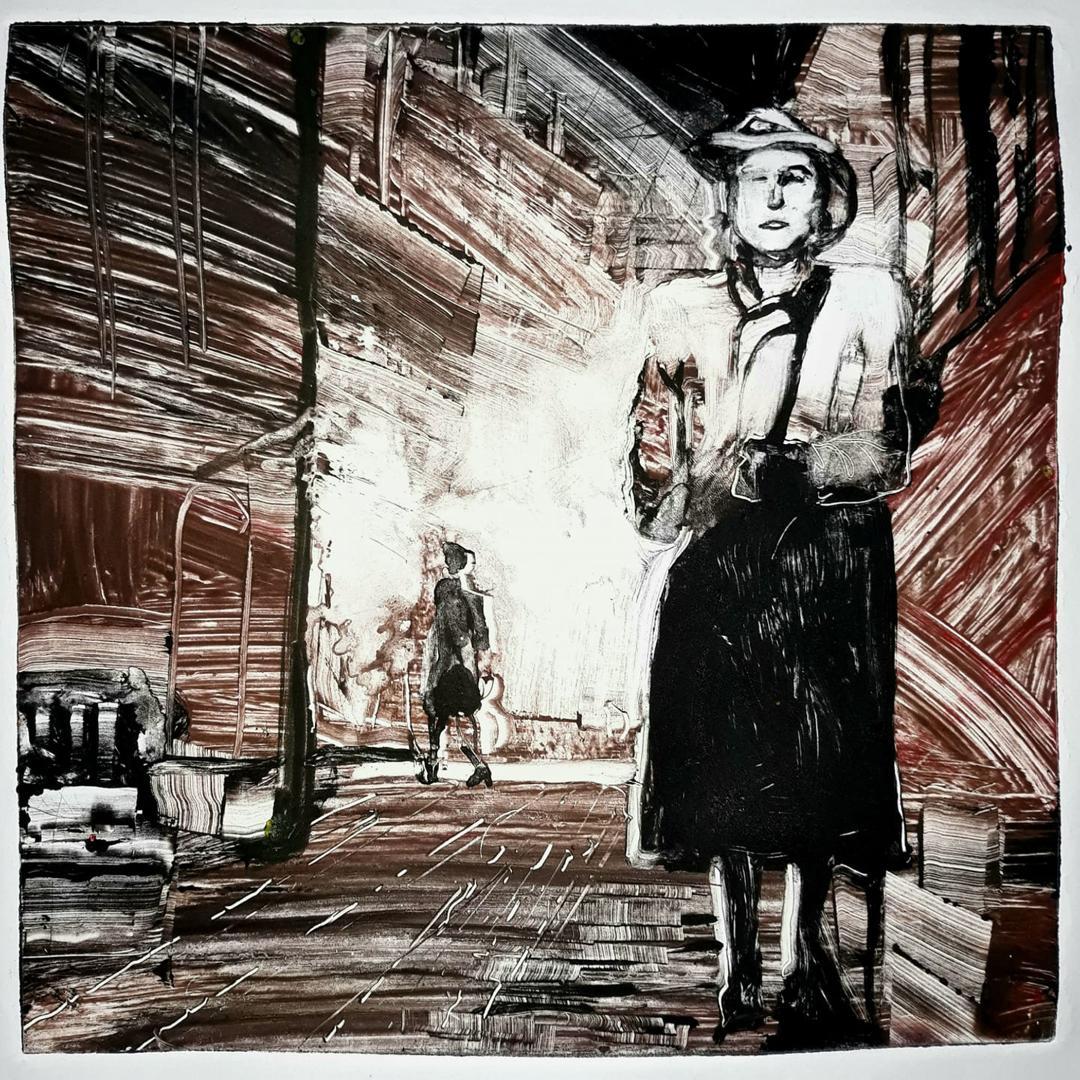 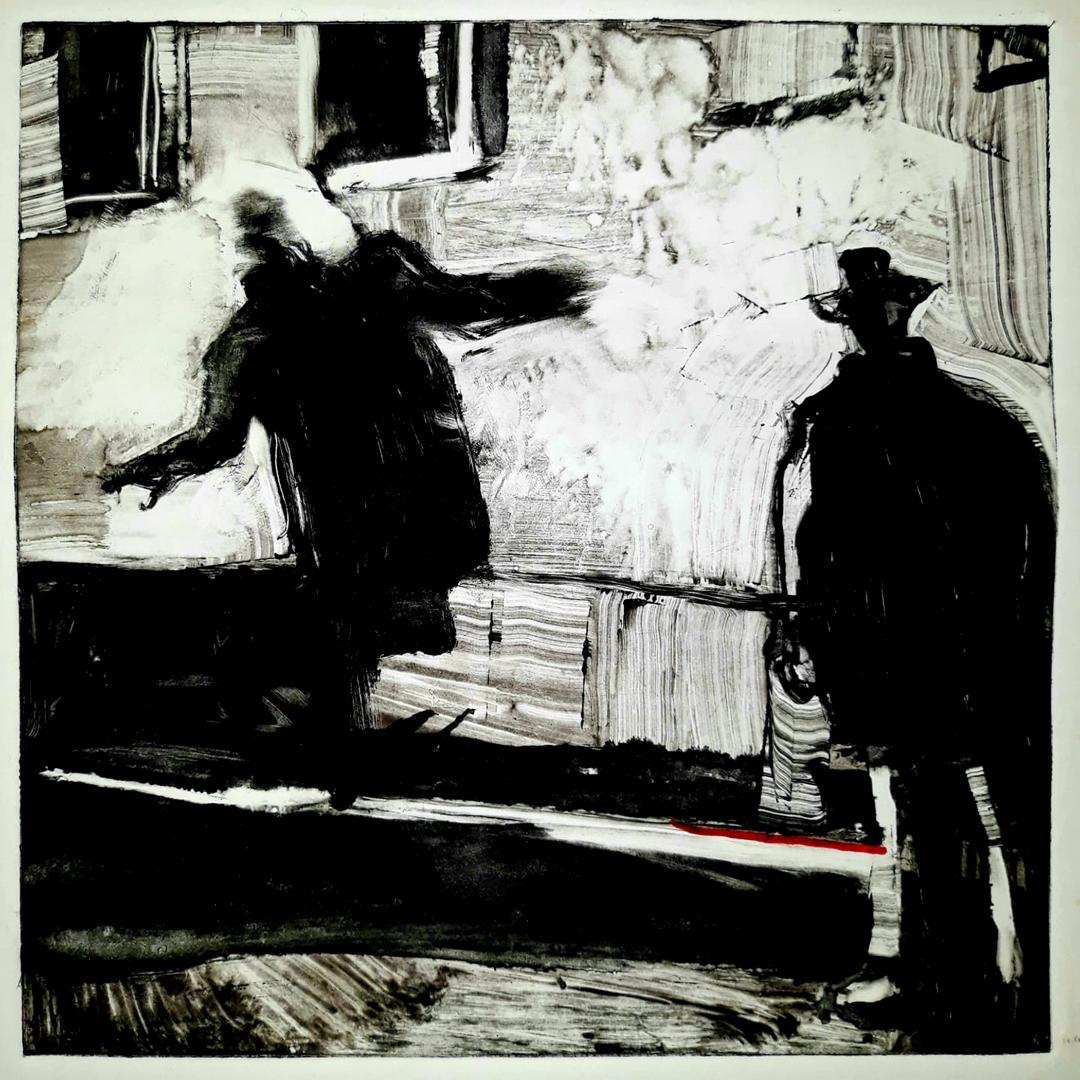 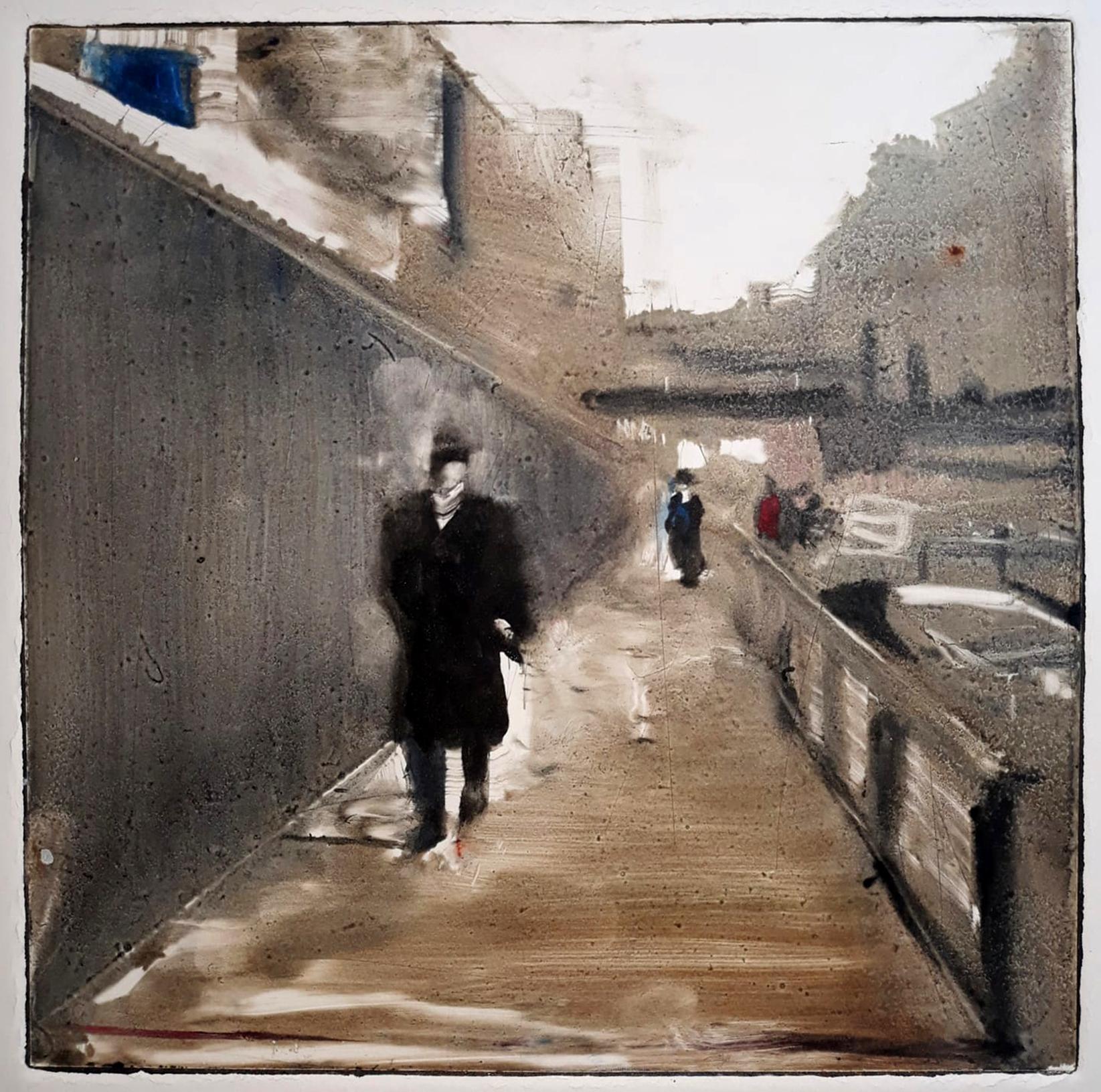 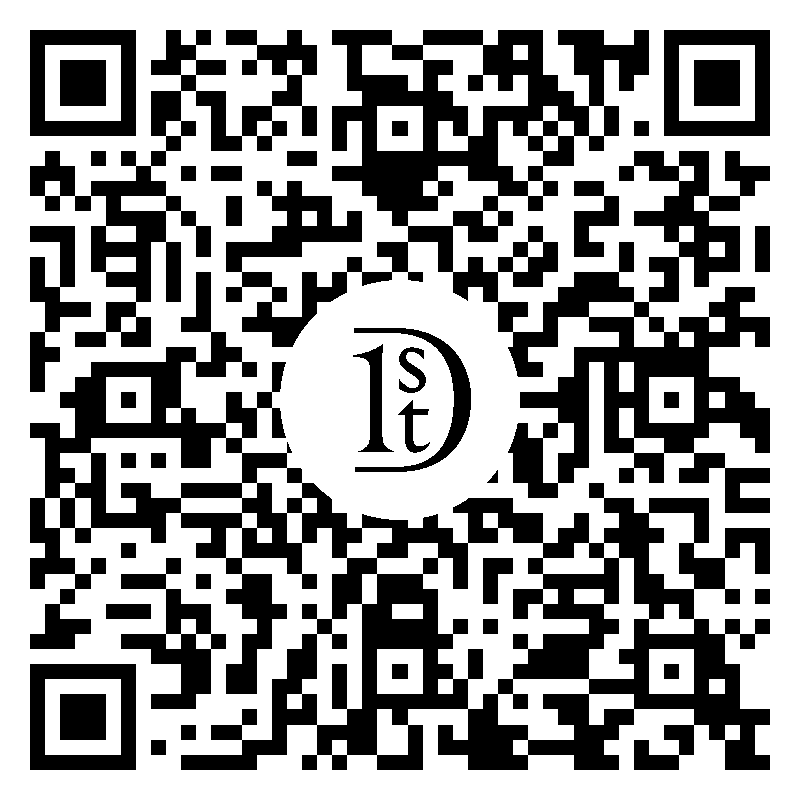 Dramatic imagery from FILM NOIR series of black and white monotypes, blending surrealistic mindscapes with stark realism About Tom Bennett: With quick brushstrokes, Tom Bennett creates representational images of human figures and animals, emphasizing movement in a manner reminiscent of Lucien Freud, Edgar Degas and the photographer Eadweard Muybridge. Elongated and blurry, the horse racing up a hill (Canter Fritz, 2002) and the sinister cat landing a leap (Chien Blanc, 1998) elicit a sense of foreboding enhanced by Bennett’s somber palette; his female figures too reflect a grim sense of humor with their distorted nude bodies. The face of Untitled Figure (1997), for example, is obscured by layers of dark paint. Classically trained as a painter, he initially worked in oil on canvas but discovered that monotype printing enabled him to “literally push the image around,” creating an essential element of motion. To overcome the limited scale of monotypes, however, he switched to painting on slick-surfaced plastic.

1stDibs Buyer Protection Guaranteed
If your item arrives not as described, we’ll work with you and the seller to make it right. Learn More
About the Seller
5.0
Located in Brooklyn, NY
Platinum Seller
These expertly vetted sellers are 1stDibs' most experienced sellers and are rated highest by our customers.
Established in 2005
1stDibs seller since 2020
52 sales on 1stDibs
Typical response time: 13 hours
More From This Seller

$420
Coastal Blue Cyanotype of Day Time Seascape, Cold Waves, Nautical Painting Shore
By Kind of Cyan
Located in Barcelona, ES
This is an exclusive handprinted limited edition cyanotype. "Day Time Seascape in Blue" is a handmade cyanotype print portraying the vibrant reflections of the Sun as seen from the c...
Category