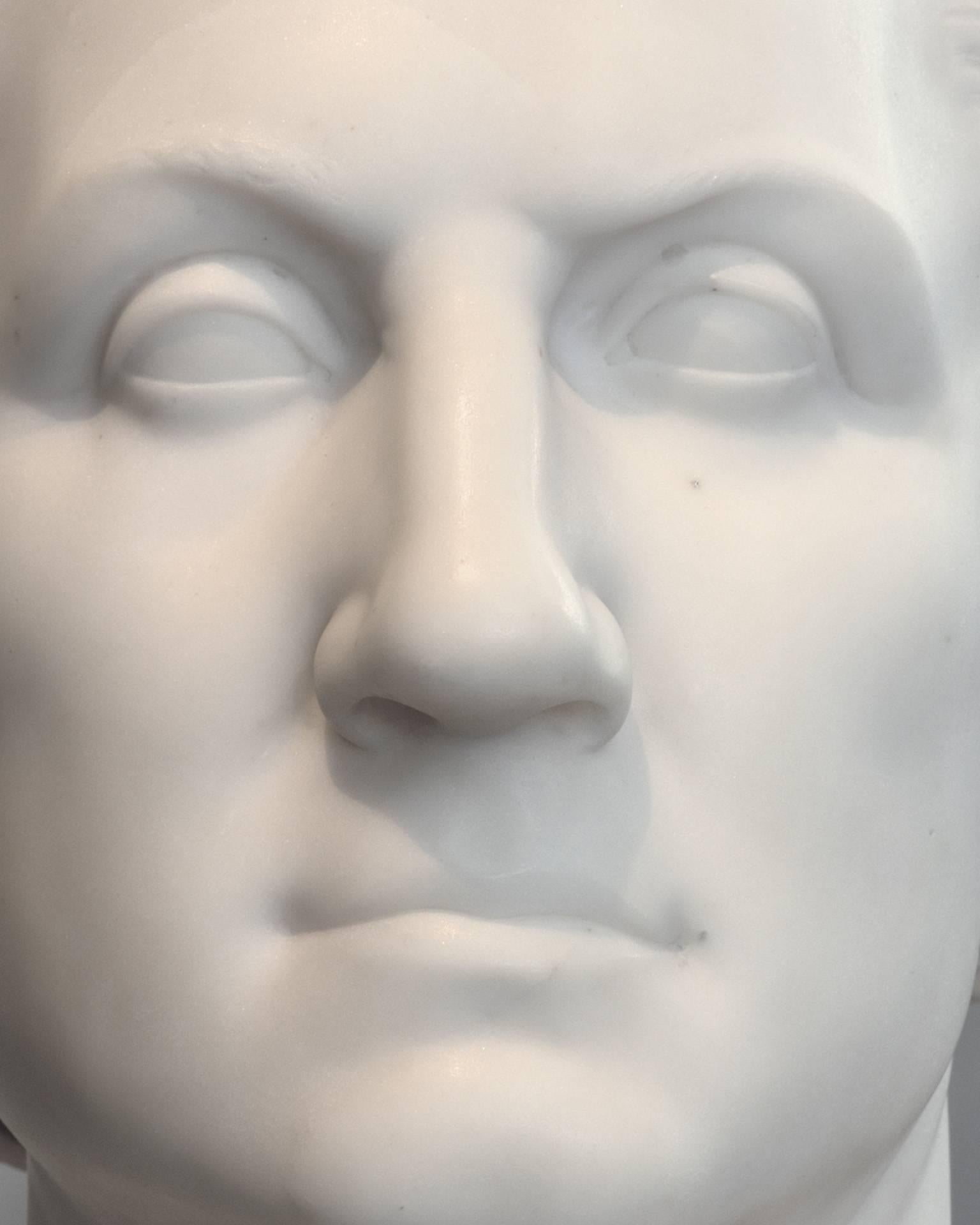 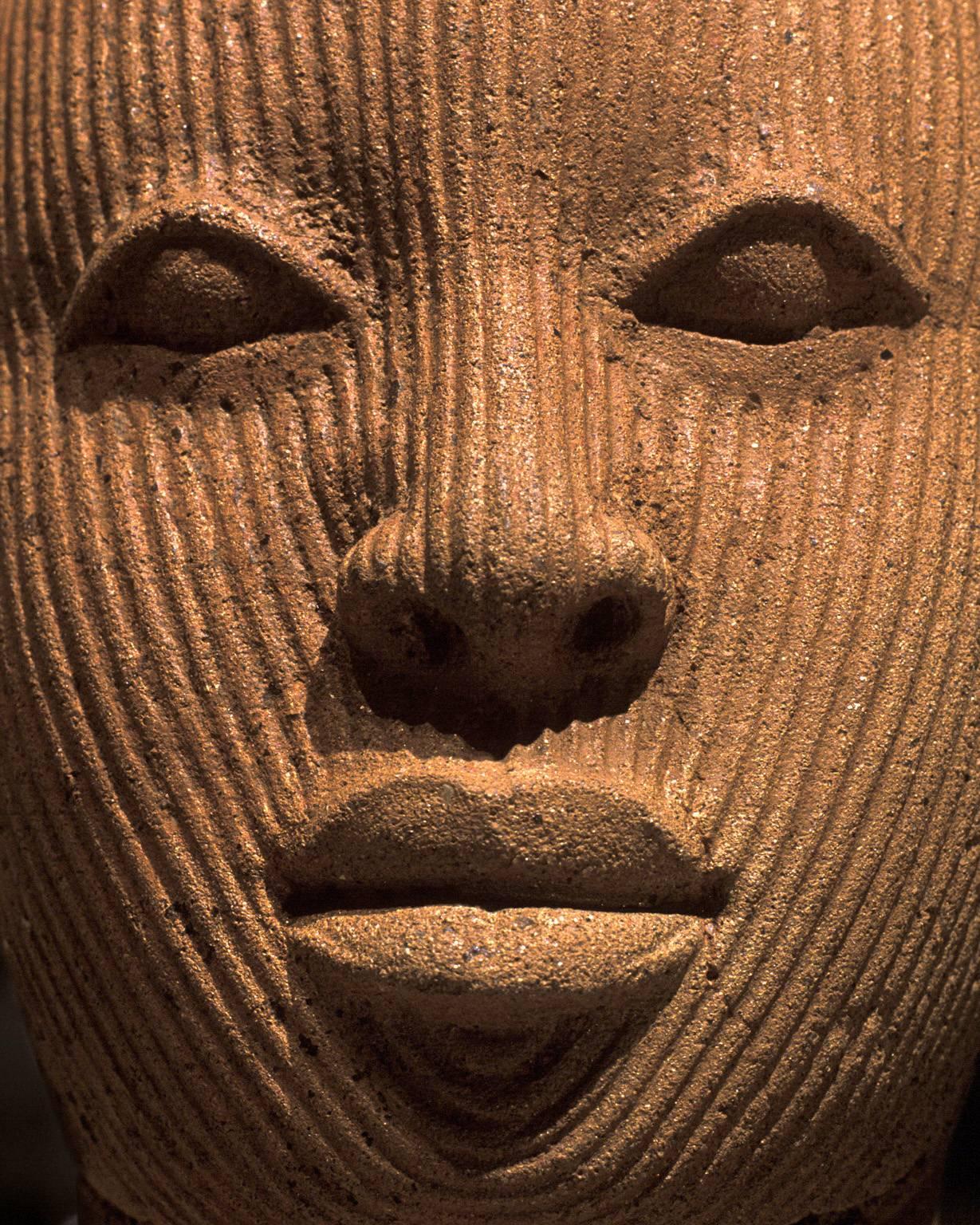 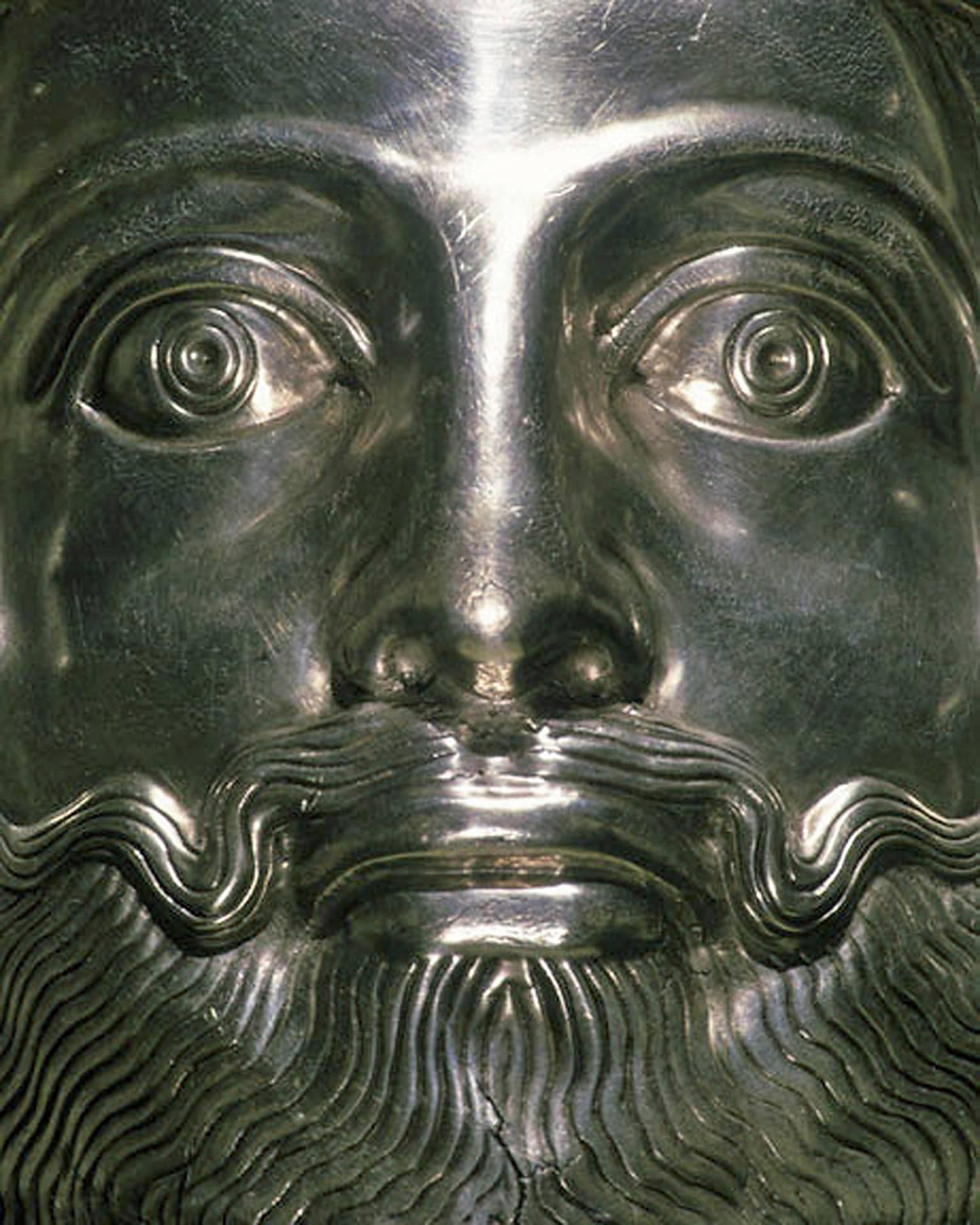 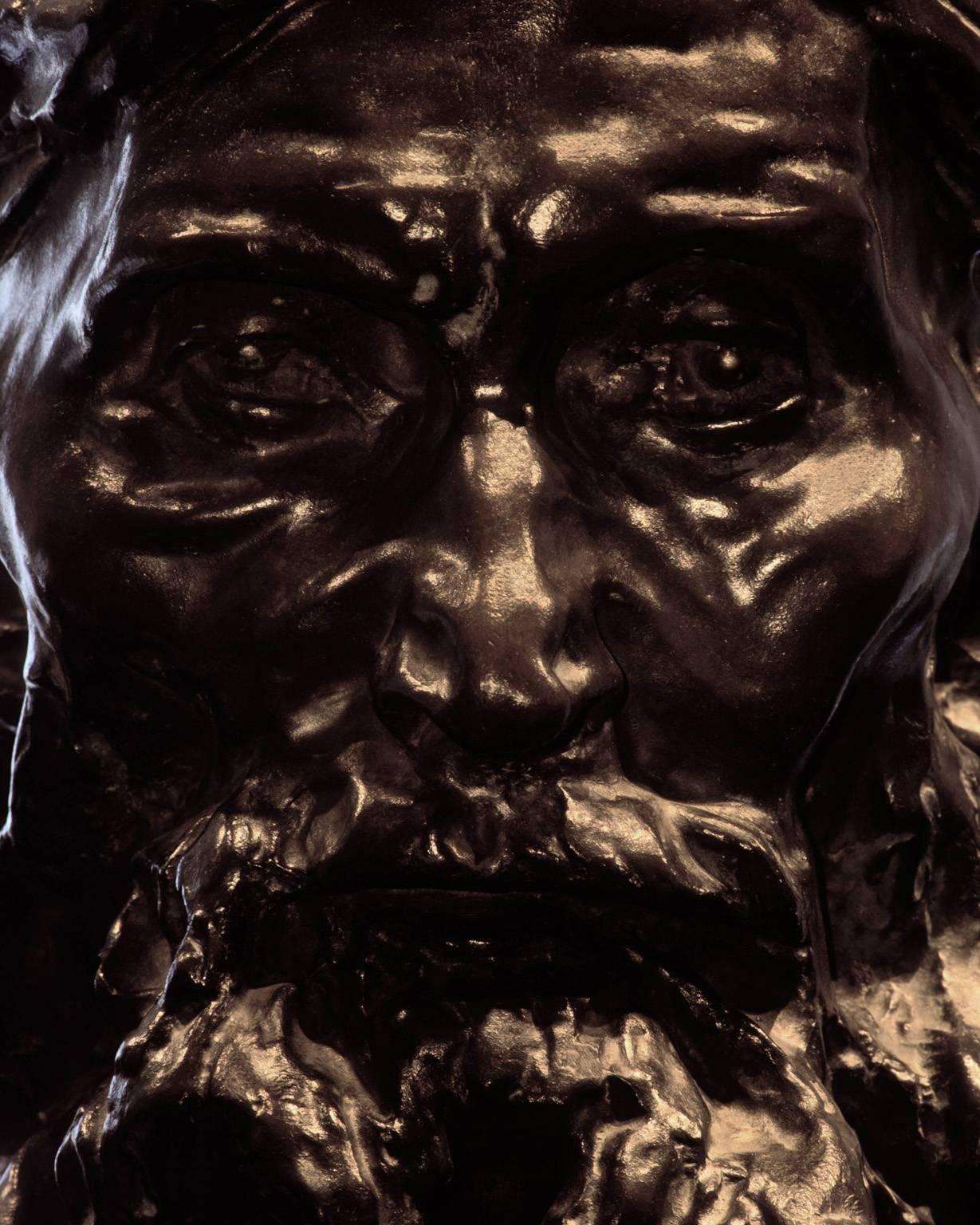 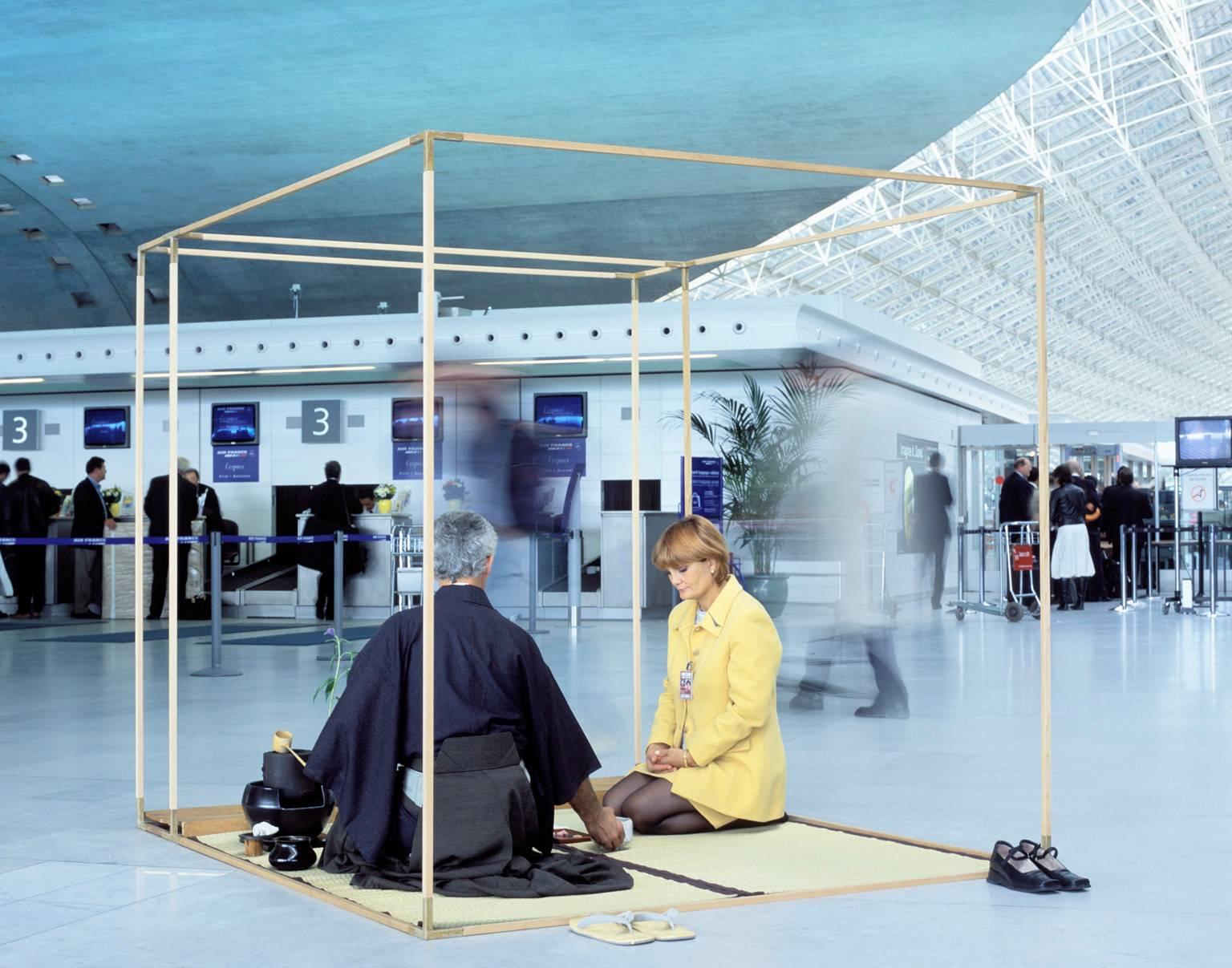 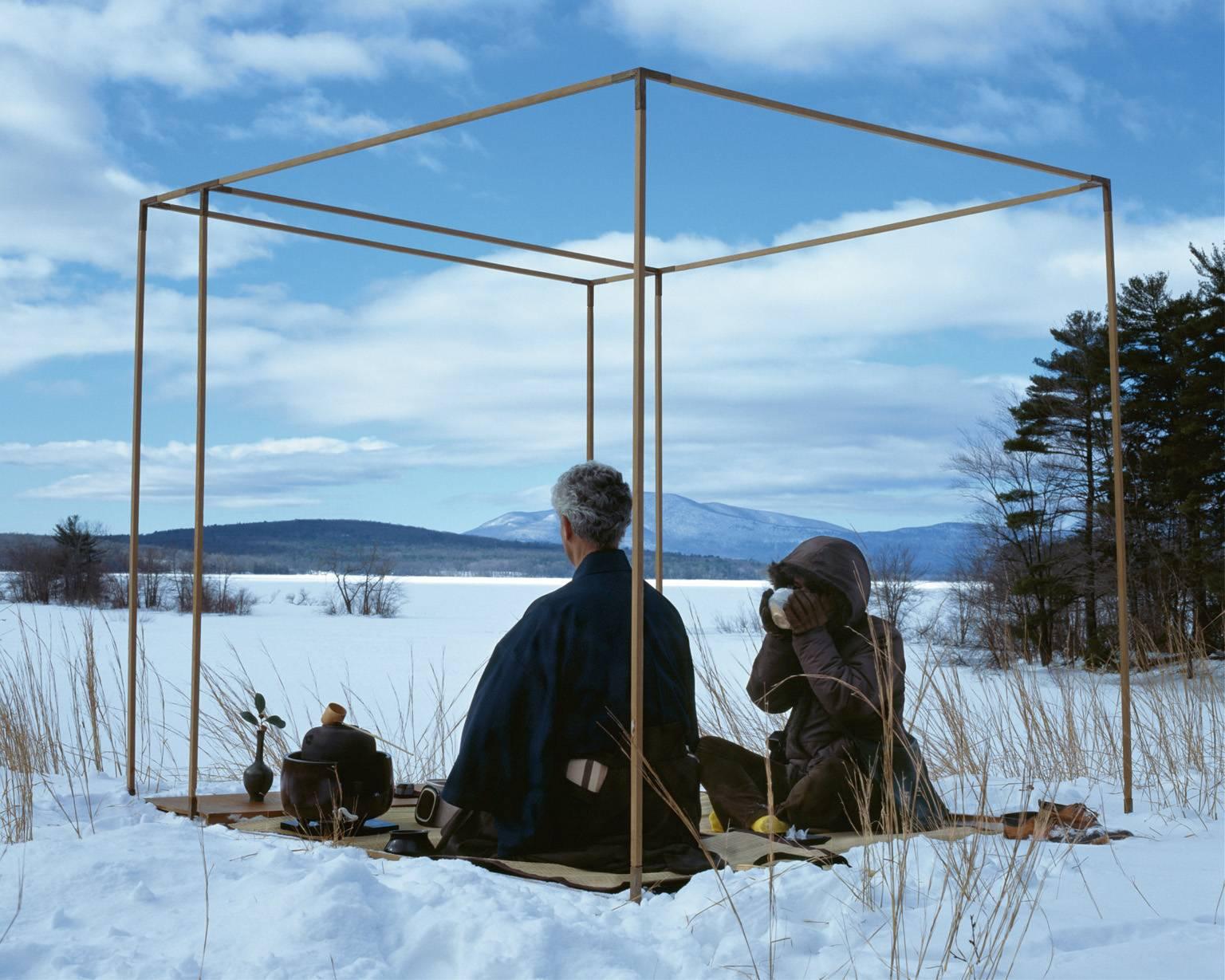 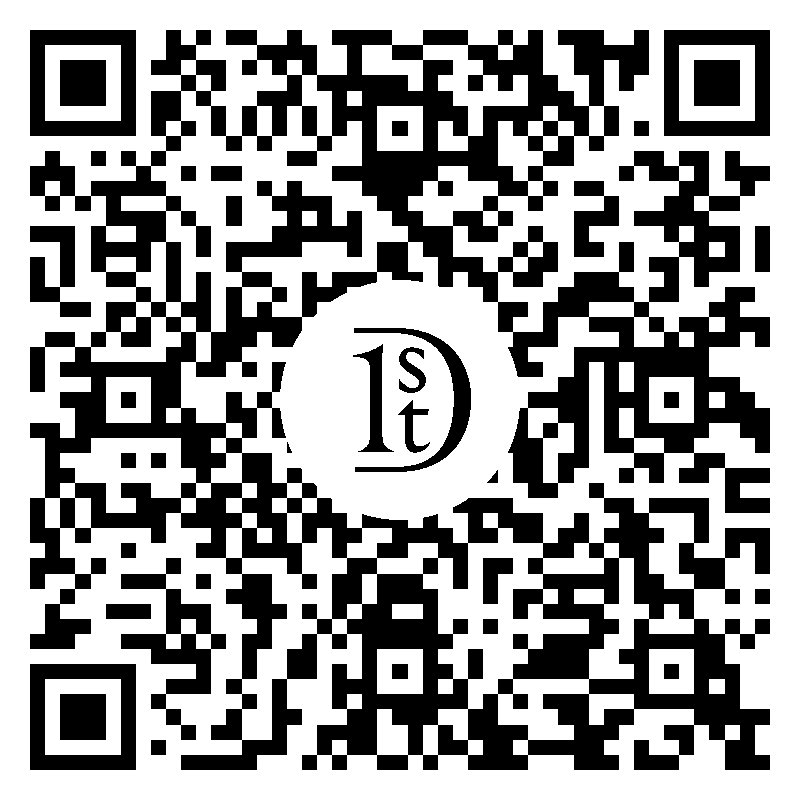 Pierre Sernet's F008, Chinese, Lacquered Wood is a Large 61 x 50 inches Giclée Print. It is framed. The image is a close-up photograph of a a lacquered Chinese wood sculpture of a Buddha, only the face can be seen. The artwork is part of the “Face” series, where Pierre Sernet explores cultural differences and similarities by looking at individual faces around the world in an unexpected way. Instead of taking photographic portraits of human subjects directly, Sernet concentrates his attention on the ultimate representation of Man around the world and throughout history: sculptures of Man, by Man. By taking extreme close-ups depicting the facial expressions of statuary of differing, yet recognizable peoples from across the globe, Sernet reduces these iconic representations down to their simplest common denominator by stripping them of their ornamentation and cultural trappings. Of each face Sernet willingly captures only the two eyes, the nose and the mouth, almost as using a mathematical formula. This causes each image to take on a surprising similarity that transcends ethnic and cultural boundaries. The result is a series of faces that show the communality of Mankind throughout place and time, whether it is a Chinese lacquered Buddha, African terracotta, Egyptian Granite, French Bronze, American or Ancient Roman Marble staring down intensely at the viewer. Related Keywords: Chinese Sculpture, Buddha, Lacquered Sculpture, Wood Sculpture, Close-Up 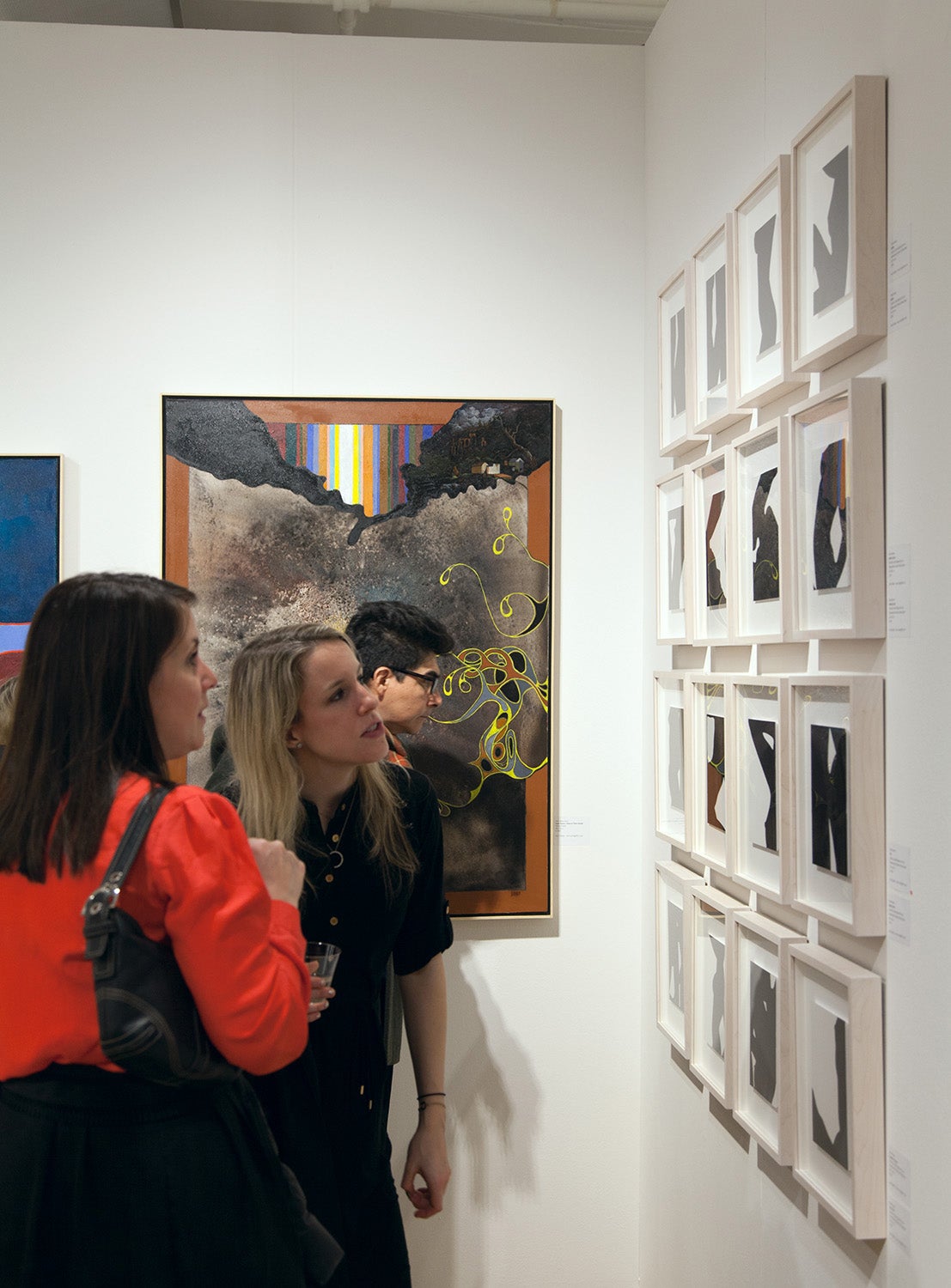 About the Seller
5 / 5
Located in New York, NY
Vetted Seller
These experienced sellers undergo a comprehensive evaluation by our team of in-house experts.
Established in 2014
1stDibs seller since 2015
56 sales on 1stDibs
Typical response time: 2 hours
More From This Seller

$3,500
One day I fly away
By Sven van Driessche
Located in Morongo Valley, CA
One day I fly away 40x40cm, Edition 3/7, 2016 Digital Color print on Pearl photo paper, based on original Polaroid. Signed on the back with Certificate. Not mounted. Whether in co...
Category

$288
One day I fly away
By Sven van Driessche
Located in Morongo Valley, CA
One day I fly away 40x40cm, Edition 3/7, 2016 Digital Color print on Pearl photo paper, based on original Polaroid. Signed on the back with Certificate. Not mounted. Whether in co...
Category