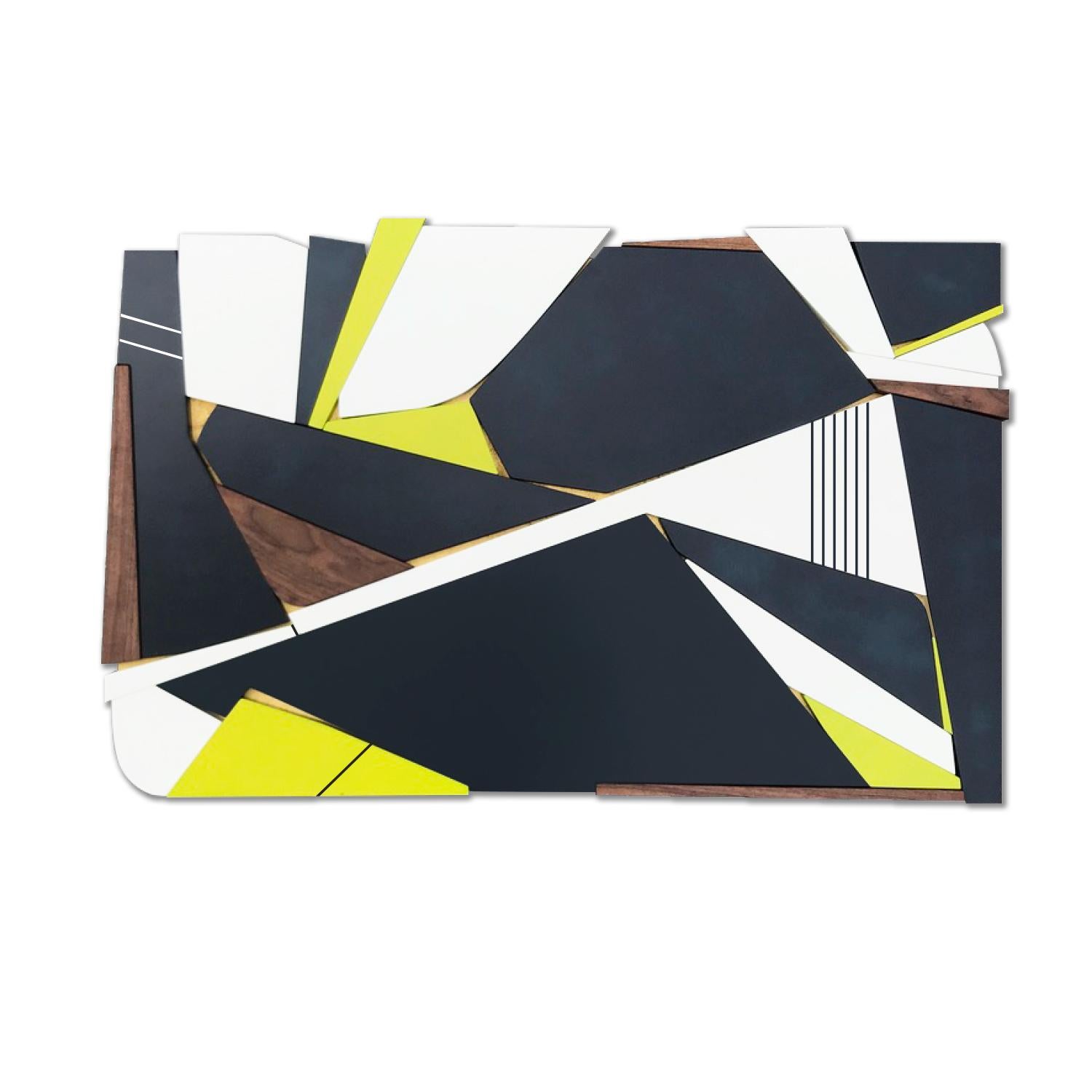 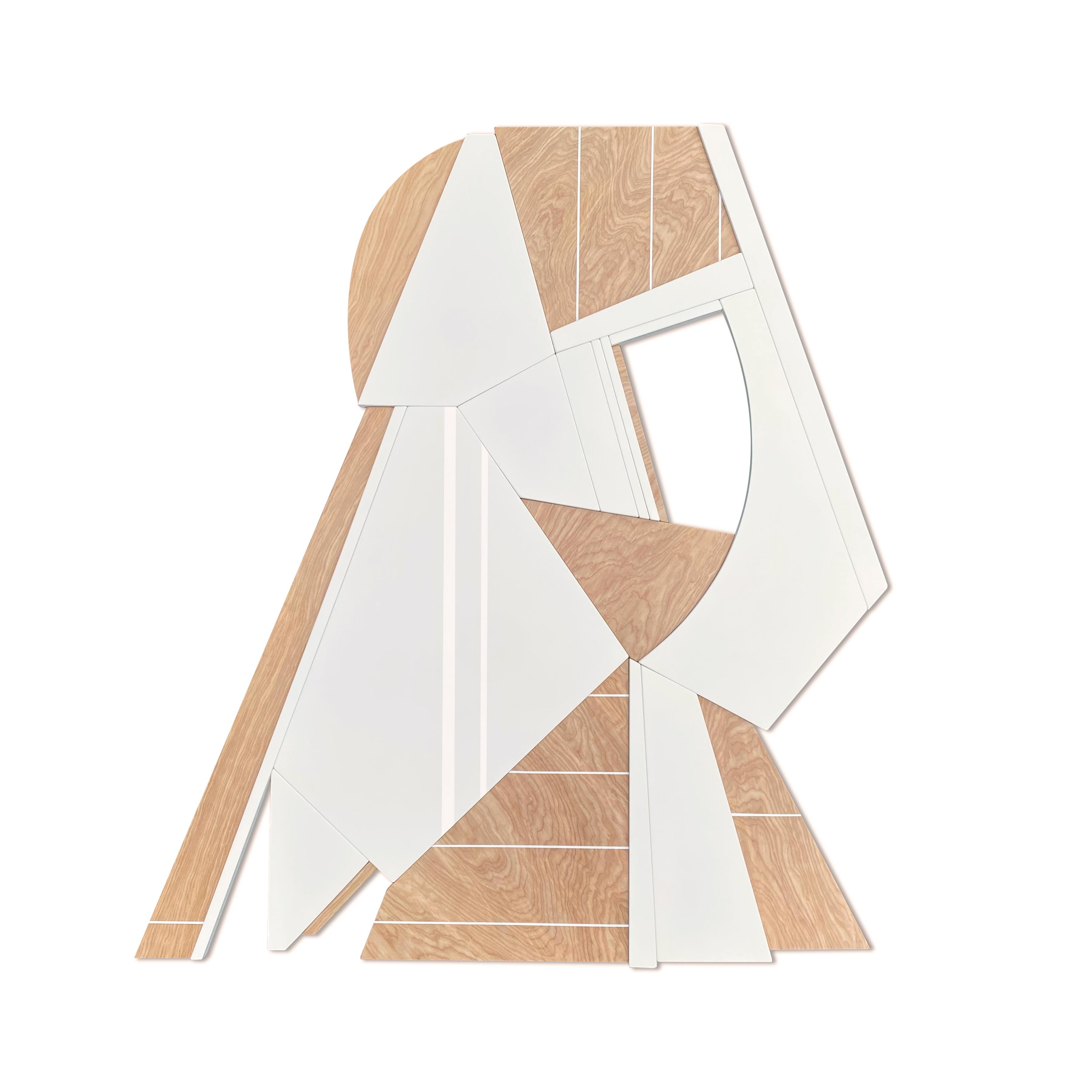 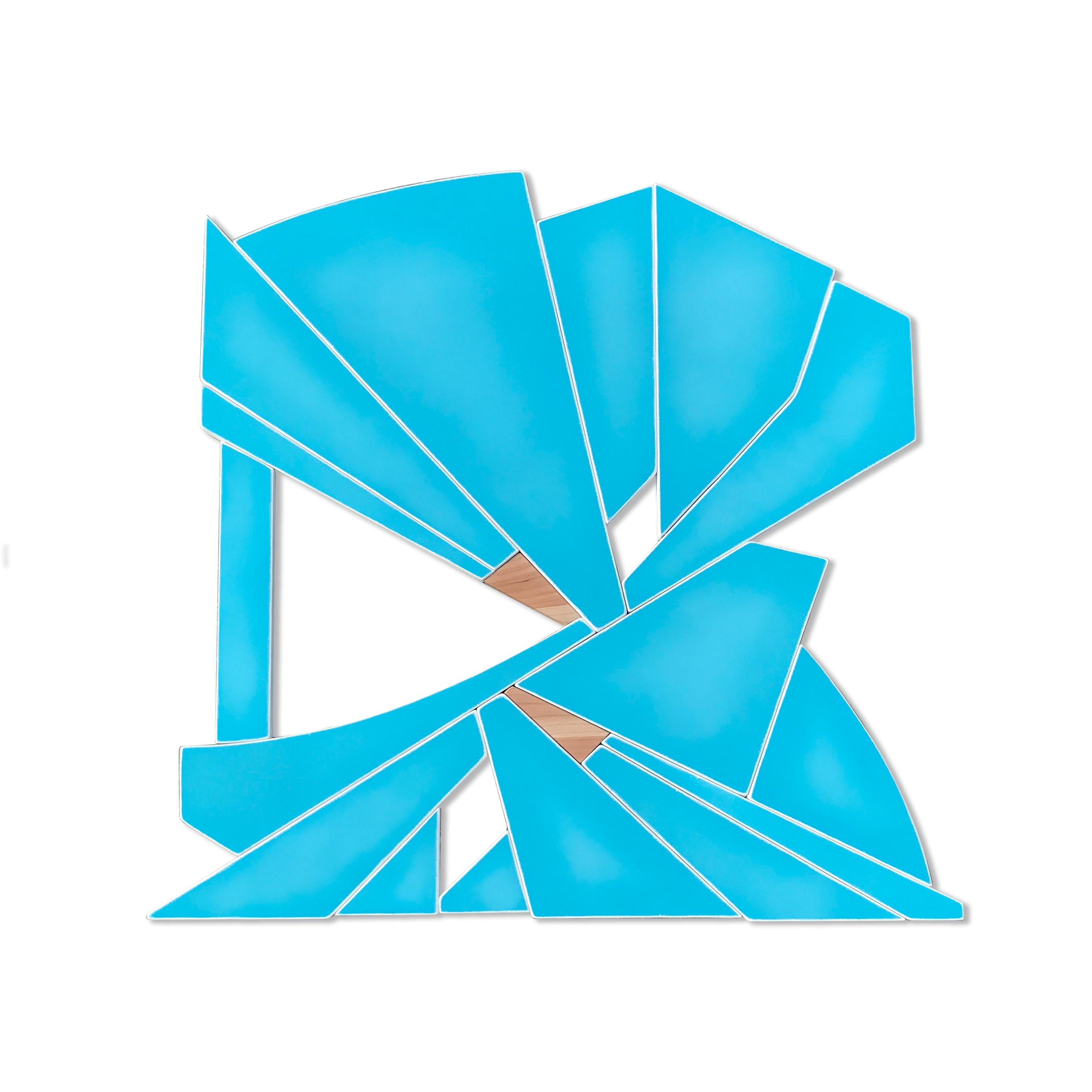 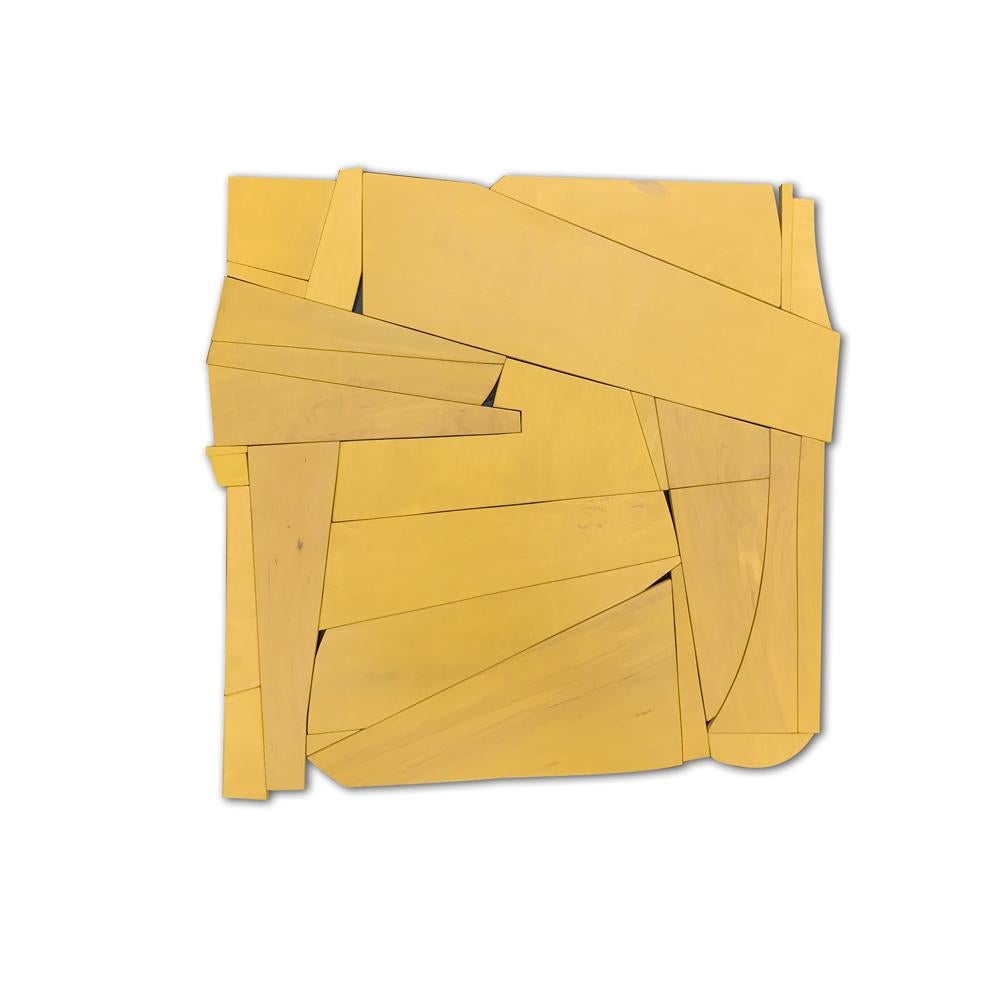 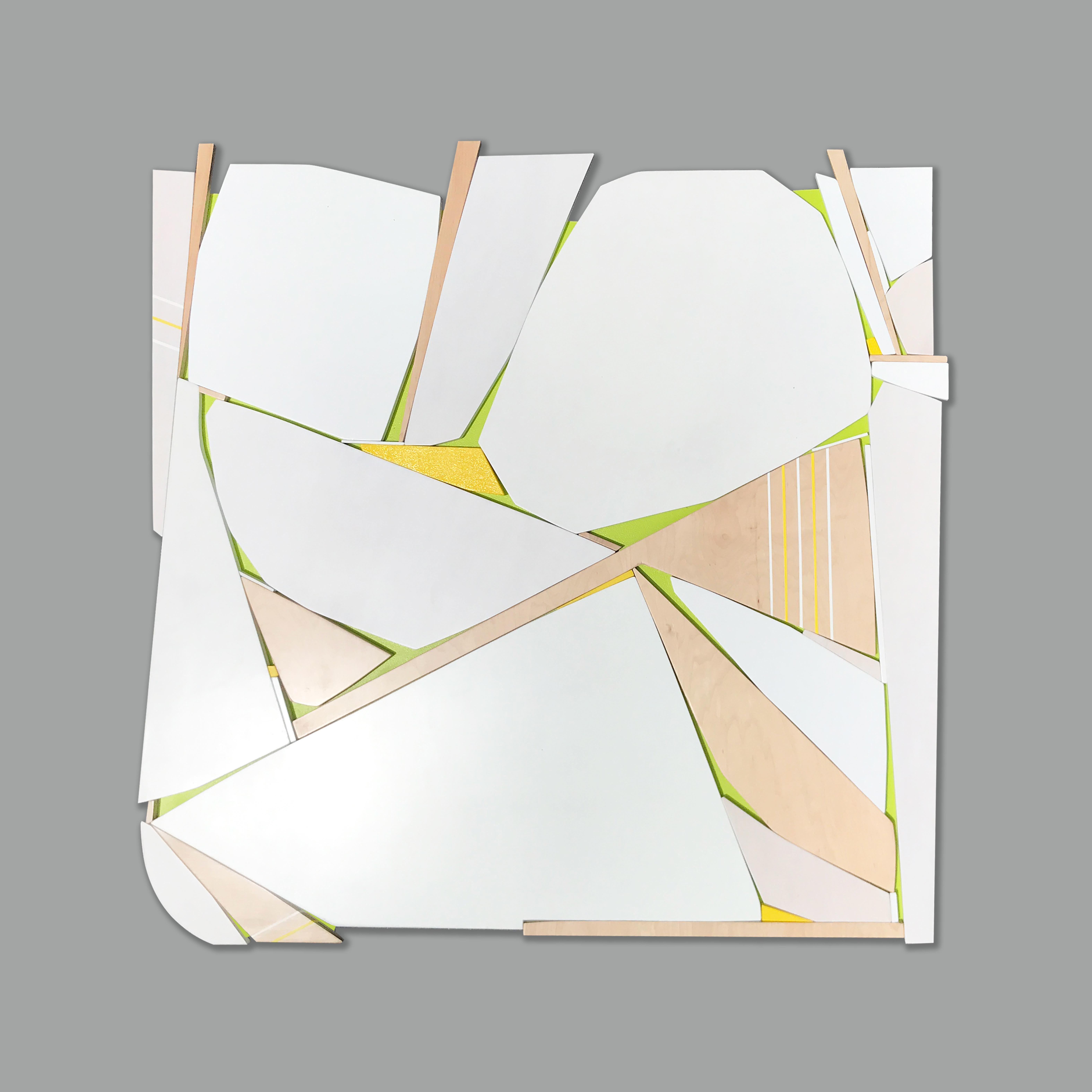 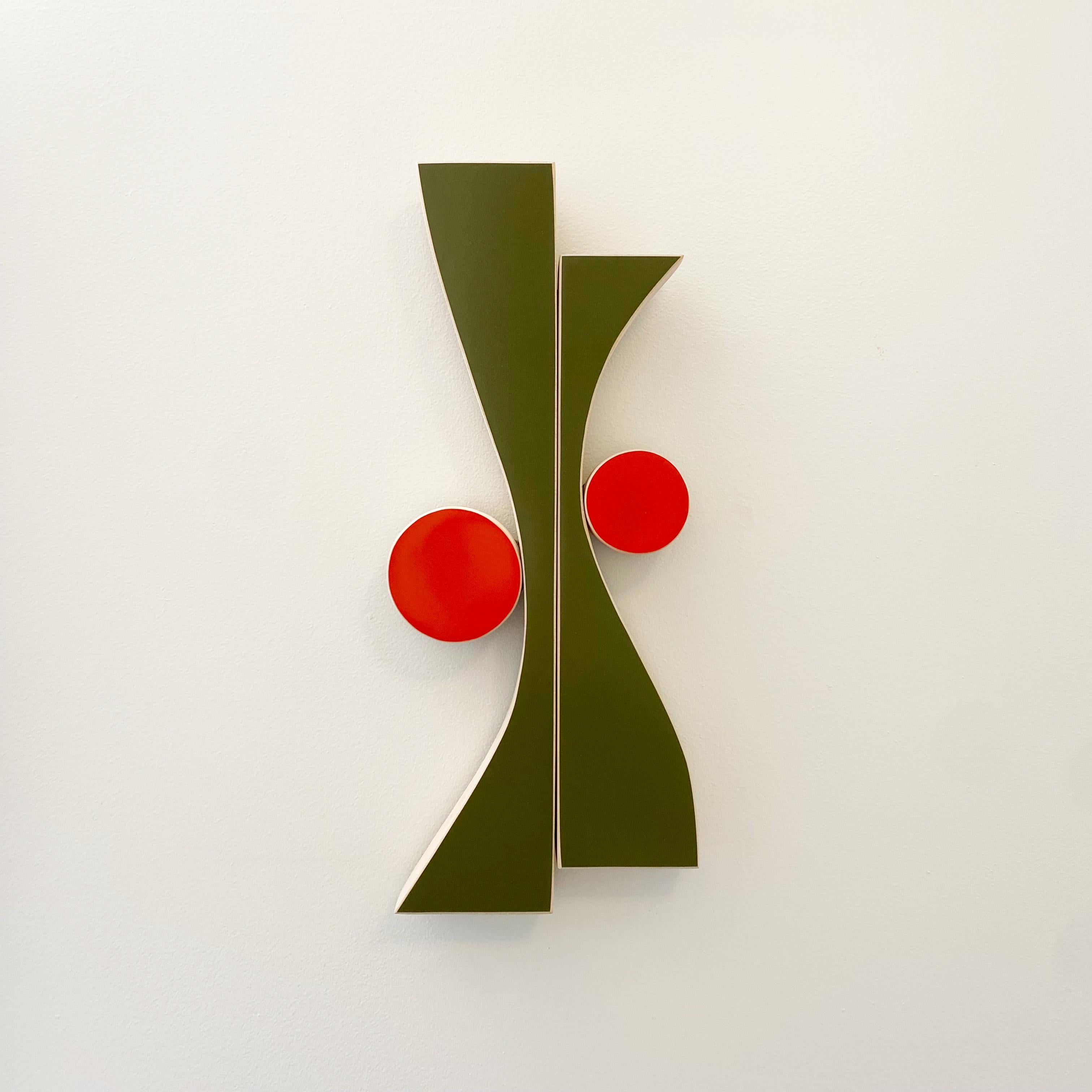 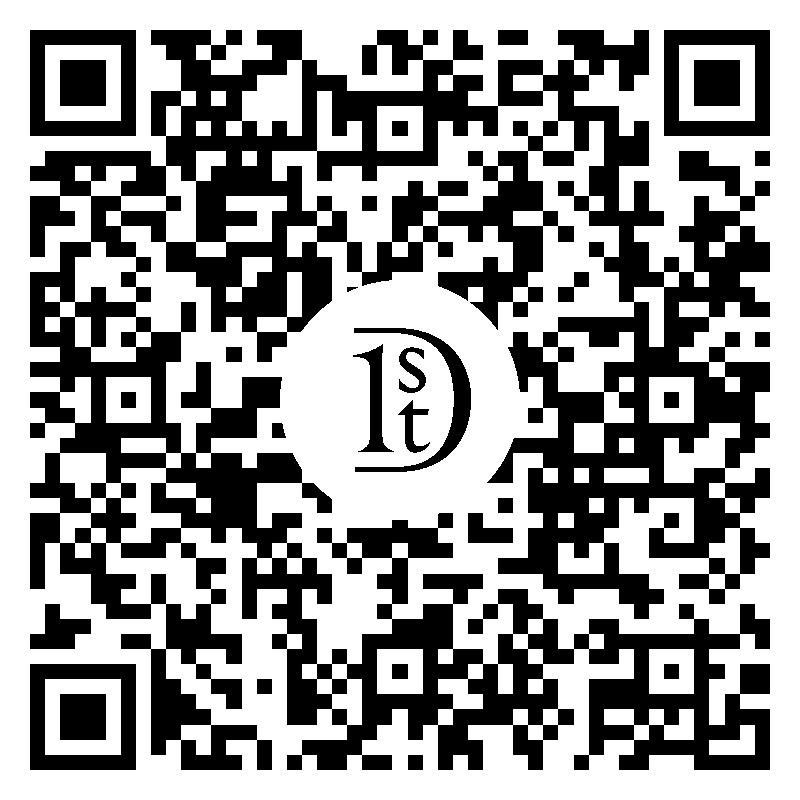 "WavyNavy" is a minimalist and modernist maple wood wall sculpture that brings bold statement to wherever it is placed. The piece was inspired by my love for simple bold colors and minimalist repeating patterns combined with organic wood grain. This piece has a modern feel yet also brings a retro vibe which results in an unexpected and contemplative feel to any area which it is placed. Similar to mid century modern furniture and graphic design, I strive to produce work that feels very modern yet has a retro futurists nod to the past. The piece has gloss orange combined with gloss dark navy. The finish is a high gloss Clear coat and the sides are waxed solid maple wood. The photos show both inside lighting and outside lighting which changes the color. The result is a fun, sculptural piece of modern art that creates conversation in any room. Wired to hang and finished on three sides. Wired to hang and finished on three sides. 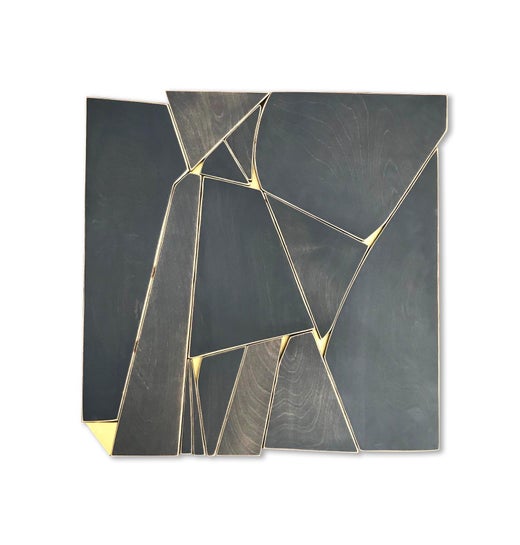 Scott Troxel is an American abstract artist born in 1971 who lives and works in Marmora, New Jersey. From an early age, he became obsessed with modern art, color, and design. He is a painter, sculptor, and wall sculptor. Recently, the majority of his work has been in the form of wood mixed media wall sculpture because of his three-dimensional medium process. Troxel is always exploring materials and processes. Sometimes he uses repurposed and found materials and other times he purchases materials new.

Troxel predominantly works with wood as his base medium, due to its strength, dimension, and organic nature. The inherent texture of wood combined with paint and other man-made materials allows him to explore the concepts of old and young, worn versus new, organic versus man-made, and the past versus the present and future.

Troxel looks to capture a sense of time in his work and often combines the feeling of different eras within a single piece. He sees this as a direct parallel with human life, as we too grow older and interact with other generations, both younger and older. He is also particularly interested in items that were considered technologically or aesthetically advanced, only to be passed on by the consistency and tenacity of time — for example, an airplane boneyard where cutting-edge fighter jets from the 1960s sit in forgotten decay. These structures are still beautiful to look at from a design standpoint, even though they are no longer modern in the sense that time and technology have passed them by.

Troxel is particularly inspired by mid-century modernism, where wood and organic shapes were combined with other materials to suggest a type of futurism, though now they are considered vintage. Time has passed on but these pieces remain in the context of when they were designed. Troxel wants his works to feel this way, somewhat nostalgic, aged, and organic with the feeling that it could also be from a future time.

Find a collection of original Scott Troxel art on 1stDibs.

1stDibs Buyer Protection Guaranteed
If your item arrives not as described, we’ll work with you and the seller to make it right. Learn More
About the Seller
5.0
Located in Marmora, NJ
Platinum Seller
These expertly vetted sellers are 1stDibs' most experienced sellers and are rated highest by our customers.
Established in 2021
1stDibs seller since 2022
20 sales on 1stDibs
Typical response time: <1 hour
More From This SellerView All
People Also Browsed
You May Also Like