Playwright, poet and visual artist, Rev. Richard Mann was born and educated in Melbourne, Australia. At the height of America's counter-cultural revolution, Mann moved to New York City, where he lived and worked in Harlem. Mann was influenced by Surrealism, Abstract Expressionism and calligraphy at the time of his arrival. By the late 1970s, many of Mann’s works incorporated writing exclusively, with areas of layered, obscured and illegible words, very much like repeatedly tagged walls. 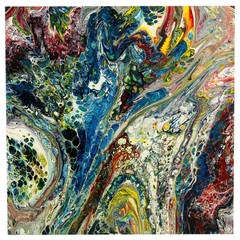 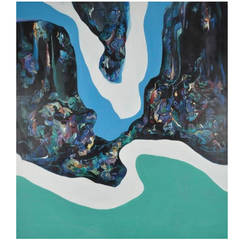 Acrylic on Canvas by R. Mann

"Dogwood" Photograph by Sung An
By Sung An
Located in NYC, NY
Category

"Dogwood" Photograph by Sung An