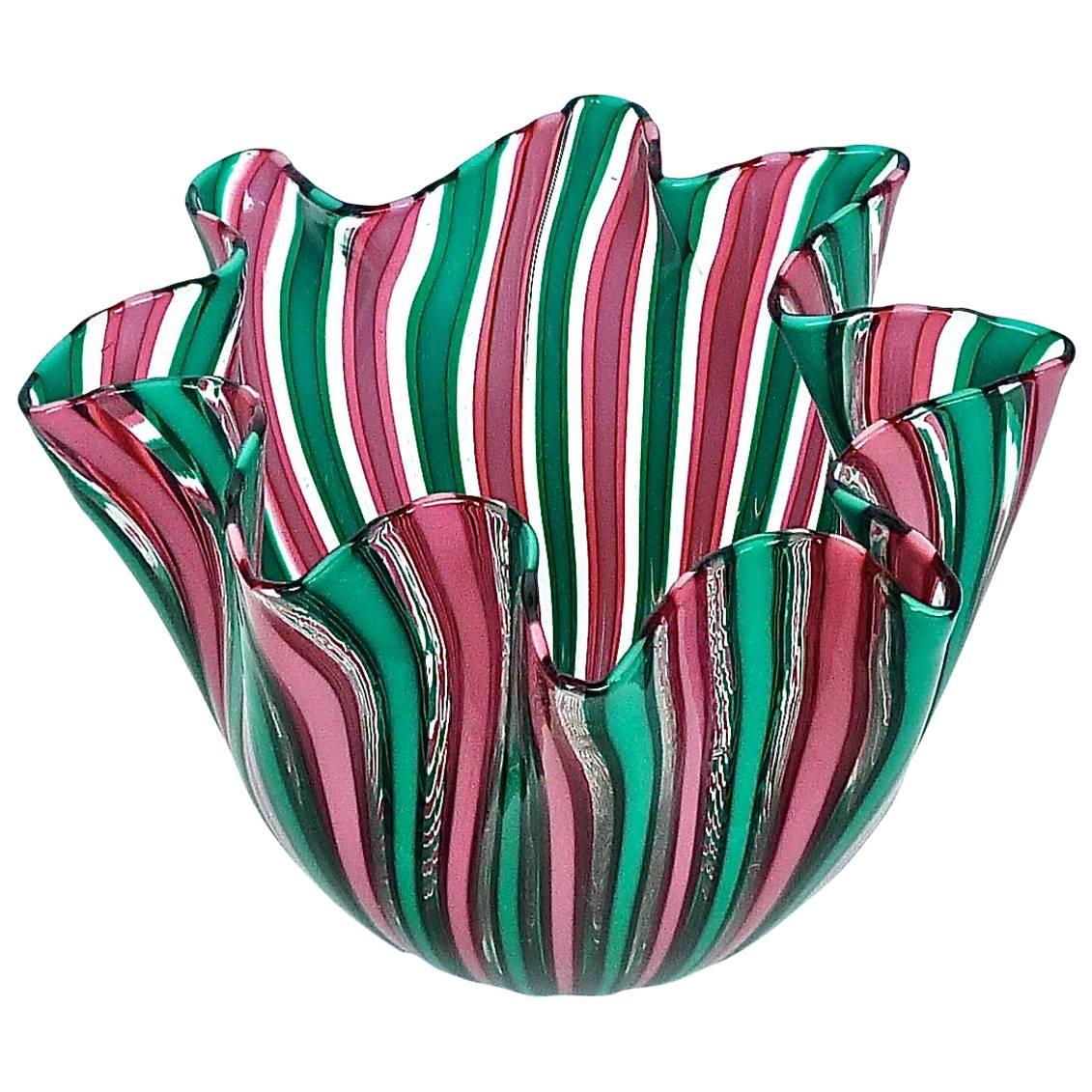 Venini Re Vase in Milk-White Glass by Rodolfo Dordoni 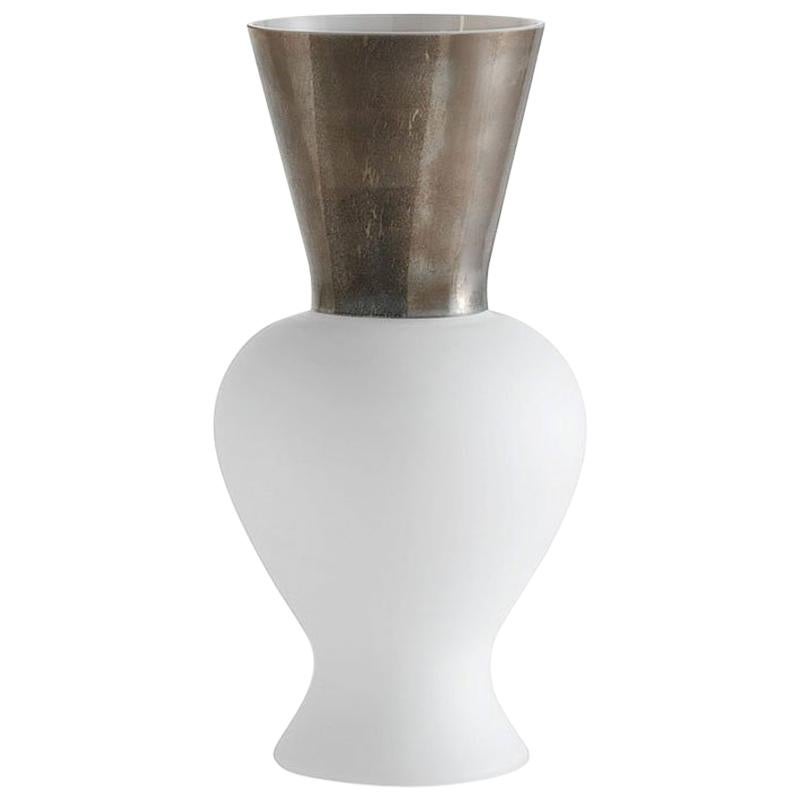 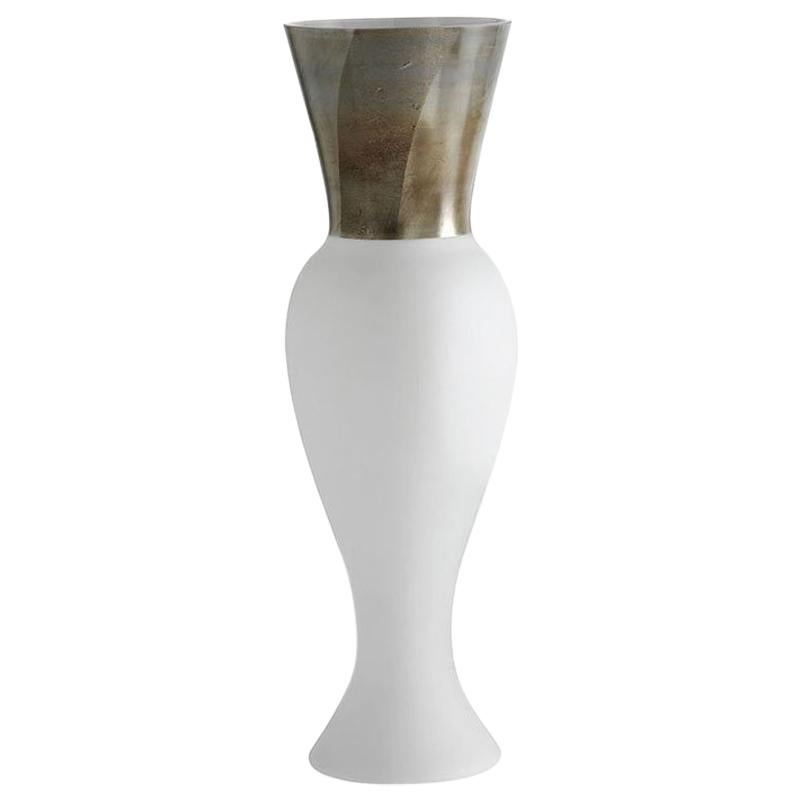 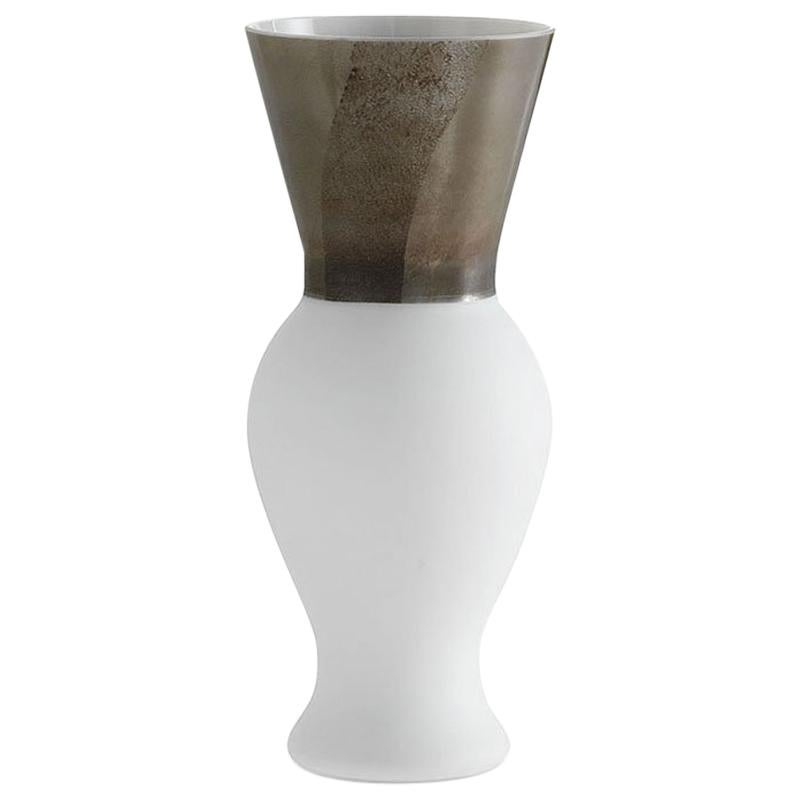 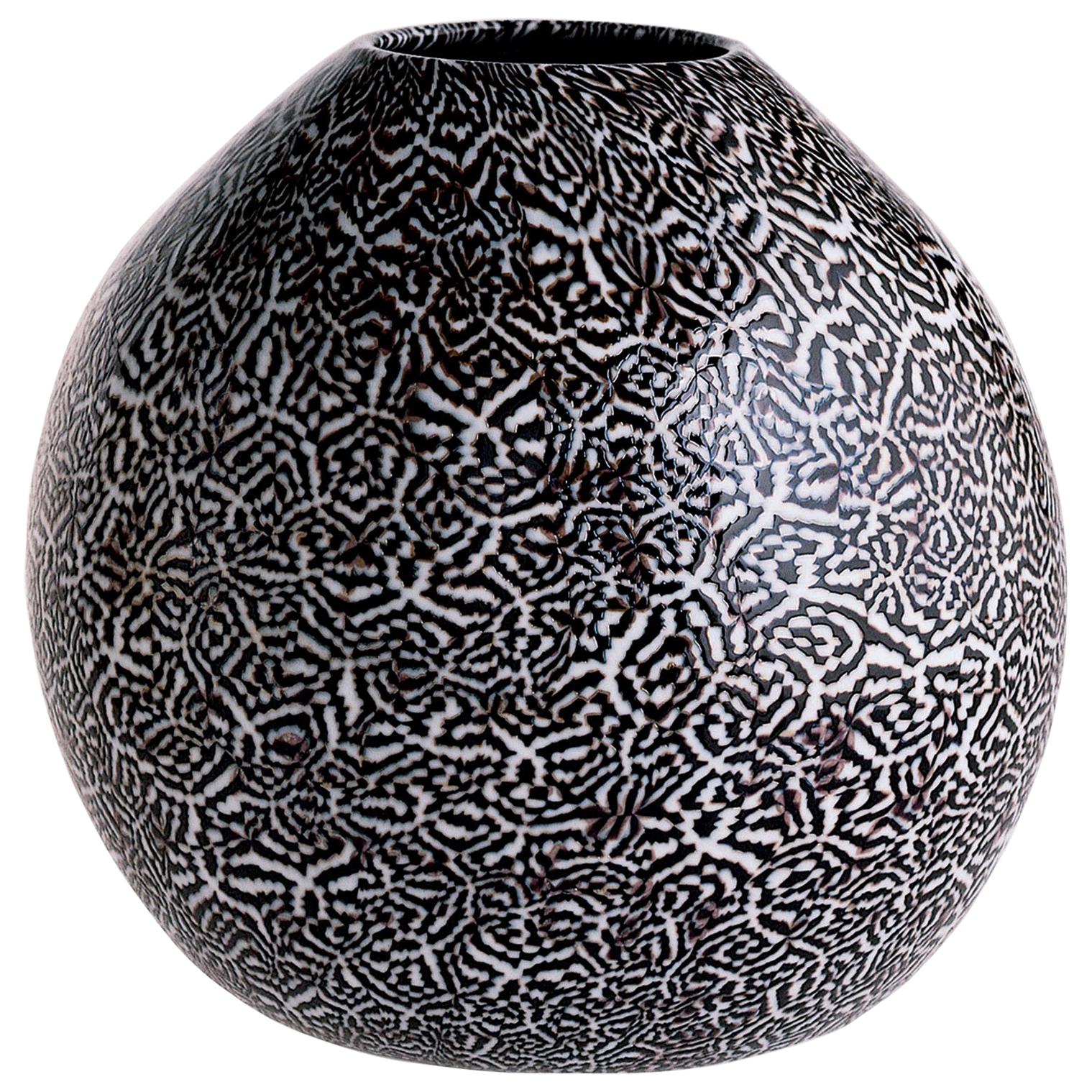 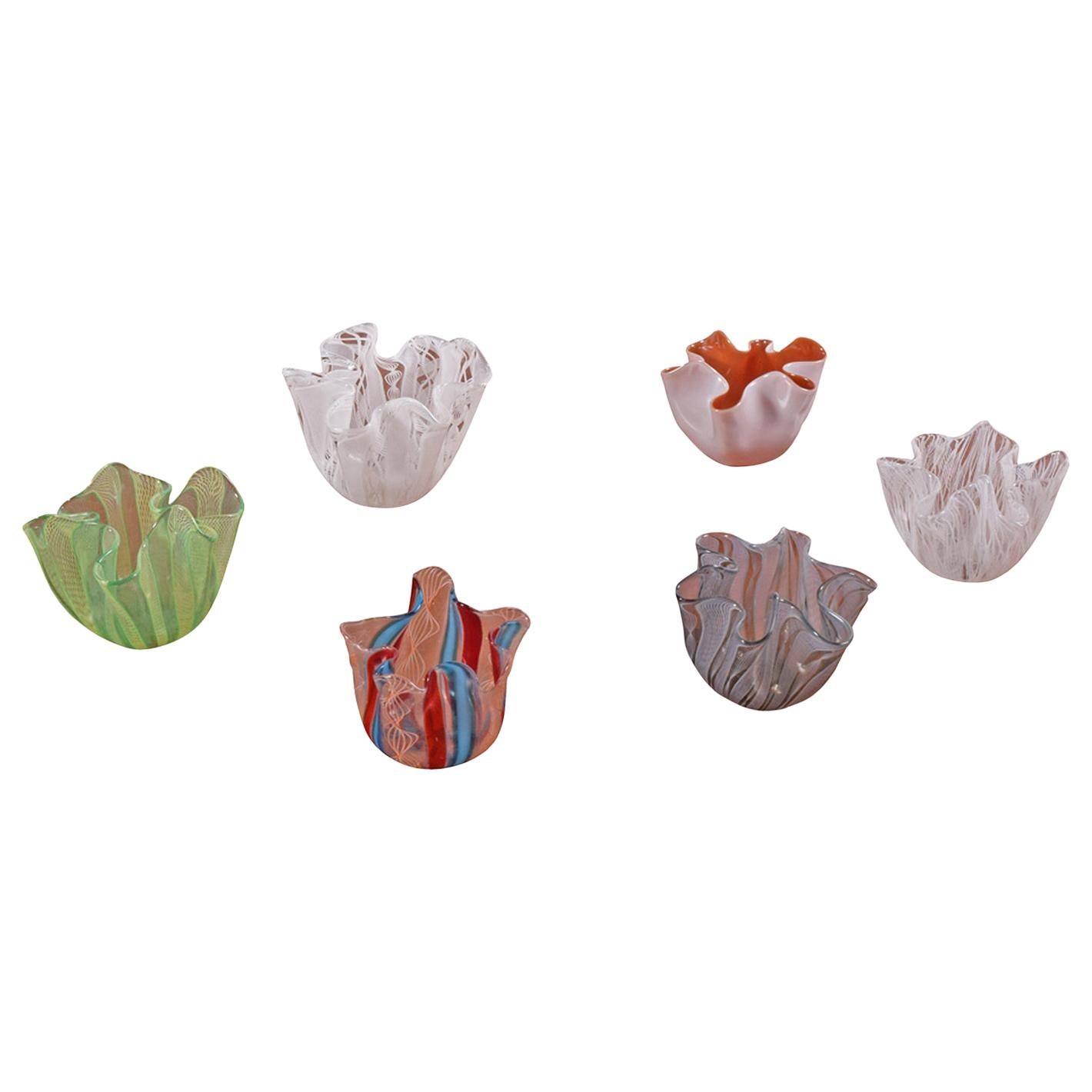 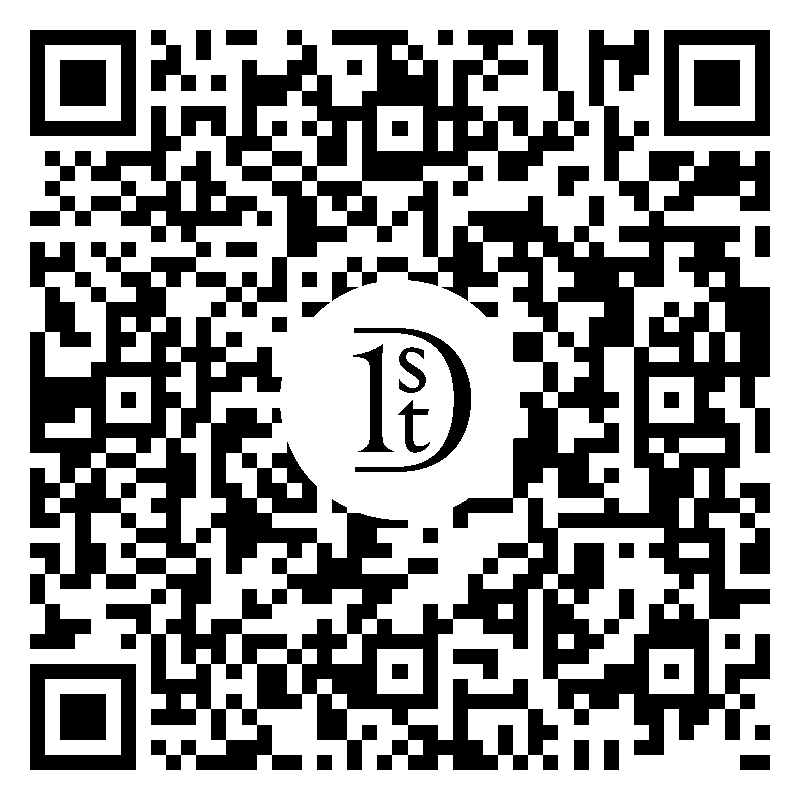 Fazzoletto Opalino medium vase in amber Murano glass by Fulvio Bianconi and Paolo Venini. A light summer breeze leads us to discover the iconic Venini collection declined in the colors of the seascapes, from shades of water to shades of sand beige up to the ones of the warm sun of sunrises and sunsets giving a great visual energy. Additional information: Material: Murano glass. Available in other colors. Dimensions: H 24 cm x Ø 20 cm. Weight: 2.65 lbs. Available in small and large. 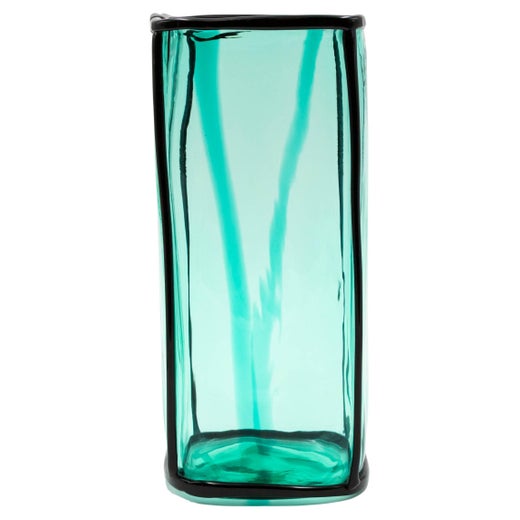 For a range of work that includes everything from illustrating thousands of books and other publications to his role as a visionary glassmaker, Fulvio Bianconi is remembered as one of the most innovative cross-disciplinarian artists of the postwar era.

Born in Ponte di Brenta in 1915, Bianconi showed a prodigious talent for drawing at an early age and, as a teenager, earned money as a portraitist. He also worked as an apprentice decorator in his youth at the Murano glass furnaces, where he first discovered the art of glassmaking.

In 1933, he moved to Milan to pursue a career as a graphic artist, and it was there he met Dino Villani, a painter who had ties to some of Milan’s most prestigious publishing houses and advertising firms. However, at the onset of World War II, Bianconi paused his graphic design ambitions and joined the army. In 1944, he narrowly escaped the infamous Via Rasella Nazi raids in German-occupied Rome.

Following the war, Bianconi went to work designing perfume bottles for the Milan perfume house Giviemme at Venini glassworks, where he worked with glass masters Ermete and Arturo Biassuto. Bianconi became one of Venini’s most influential glass designers — and was appointed artistic director following Carlo Scarpa — known for his bold use of color, modern style and unique, playful designs. Among his most iconic works are the series of glass figures from the Commedia dell’Arte, the remarkably fluid “handkerchief” vases and bowls, and the patchwork “Pezzato” technique, which caused a sensation at the 25th Venice Biennale in 1950.

Bianconi worked with several other glass studios, including Cenedese in 1954 and Vistosi in 1963, creating decorative vases, bowls, hourglasses and sculptures. He was also a graphic designer with the Italian publishing house Garzanti for nearly 30 years. Bianconi’s portfolio of graphic design included work for FIAT, Pathé and Pirelli, among others.

Bianconi’s glassworks are held in museum collections worldwide, including London’s Victoria and Albert Museum, the Museum of Modern Art and the Corning Museum of Glass in New York. The artist died in 1996. 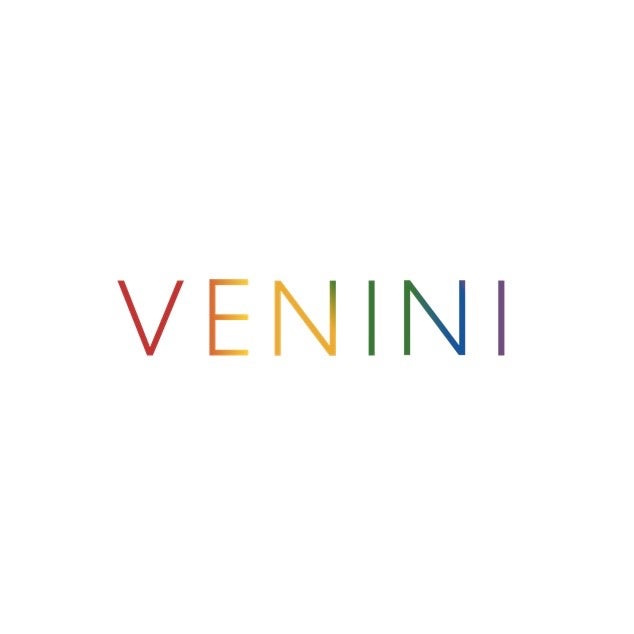 About the Seller
5.0
Located in Brooklyn, NY
Recognized Seller
These prestigious sellers are industry leaders and represent the highest echelon for item quality and design.
Diamond Seller
These expertly vetted sellers are 1stDibs' most experienced sellers and are rated highest by our customers.
Established in 2015
1stDibs seller since 2018
128 sales on 1stDibs
Typical response time: 2 hours
More From This Seller

$2,645
Venini Vase 'Fazzoletto' in Red, Venice Murano, 1950s
By Fulvio Bianconi, Venini
Located in Berghuelen, DE
A vintage Fazzoletto (handkerchief) vase in transparent red glass. Manufactured ca. 1950s by Venini, Venice after a design of Fulvio Bianconi. On the base with round acid etched sign...
Category