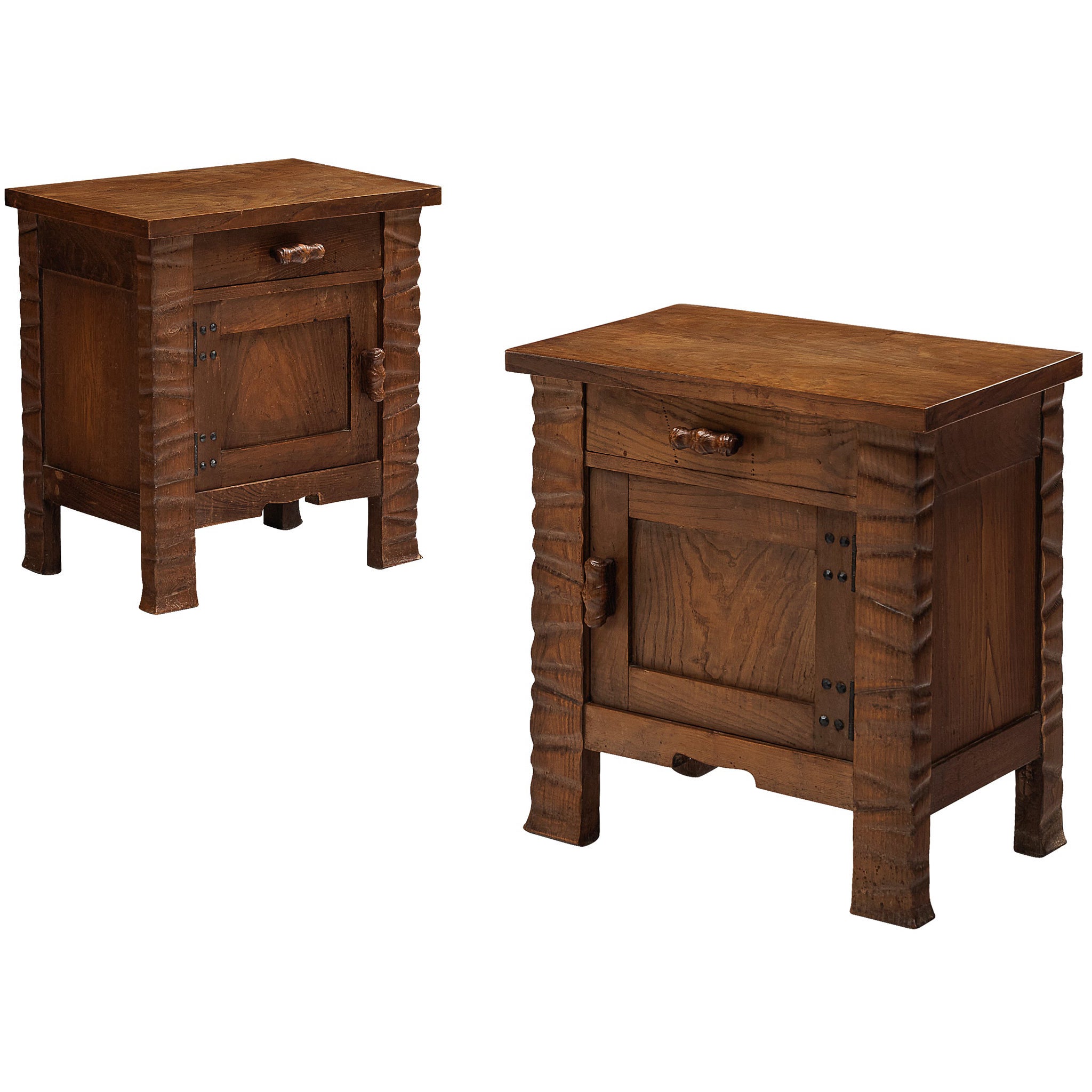 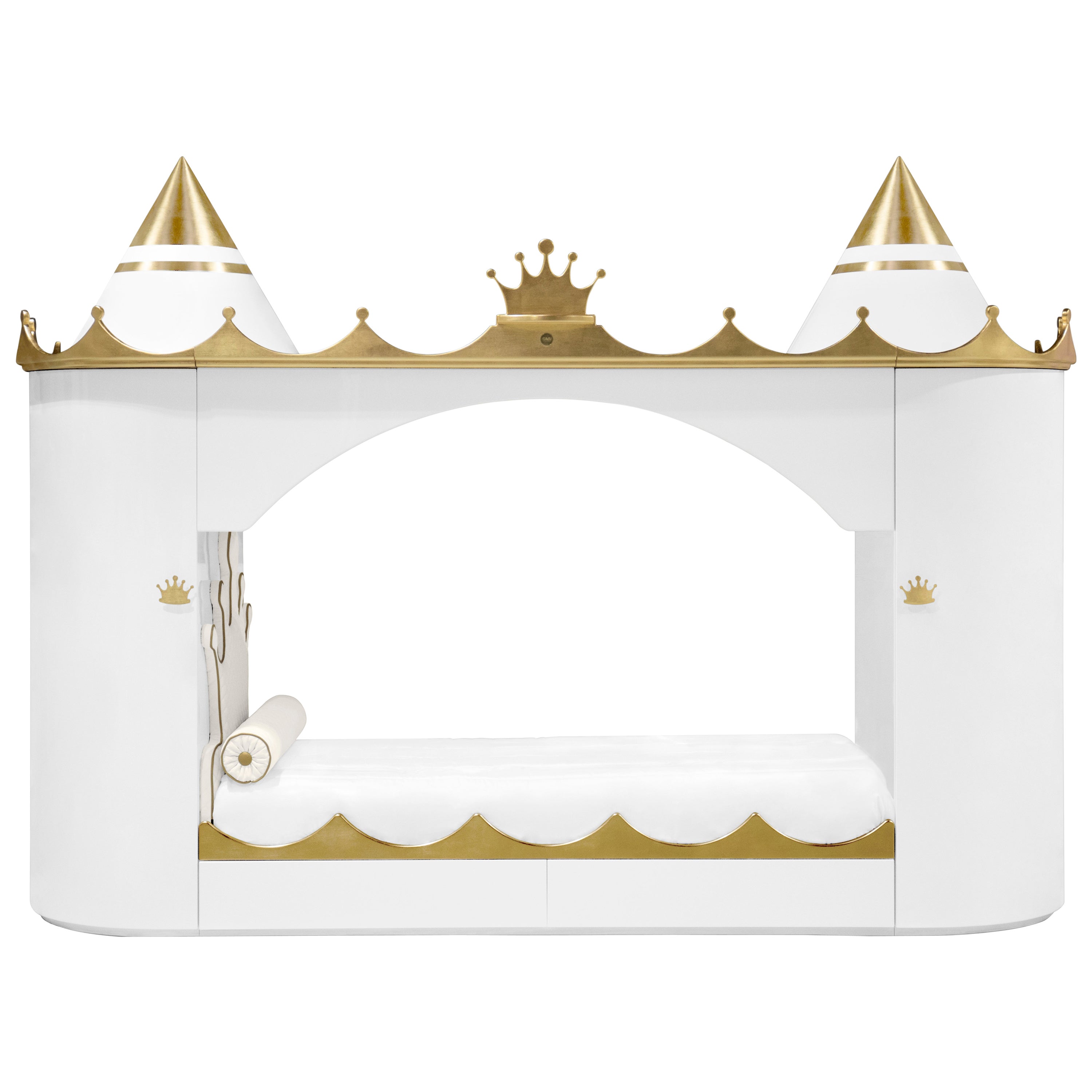 Italian Rosewood and Parchment Kingsize Bed in Style of Valzania 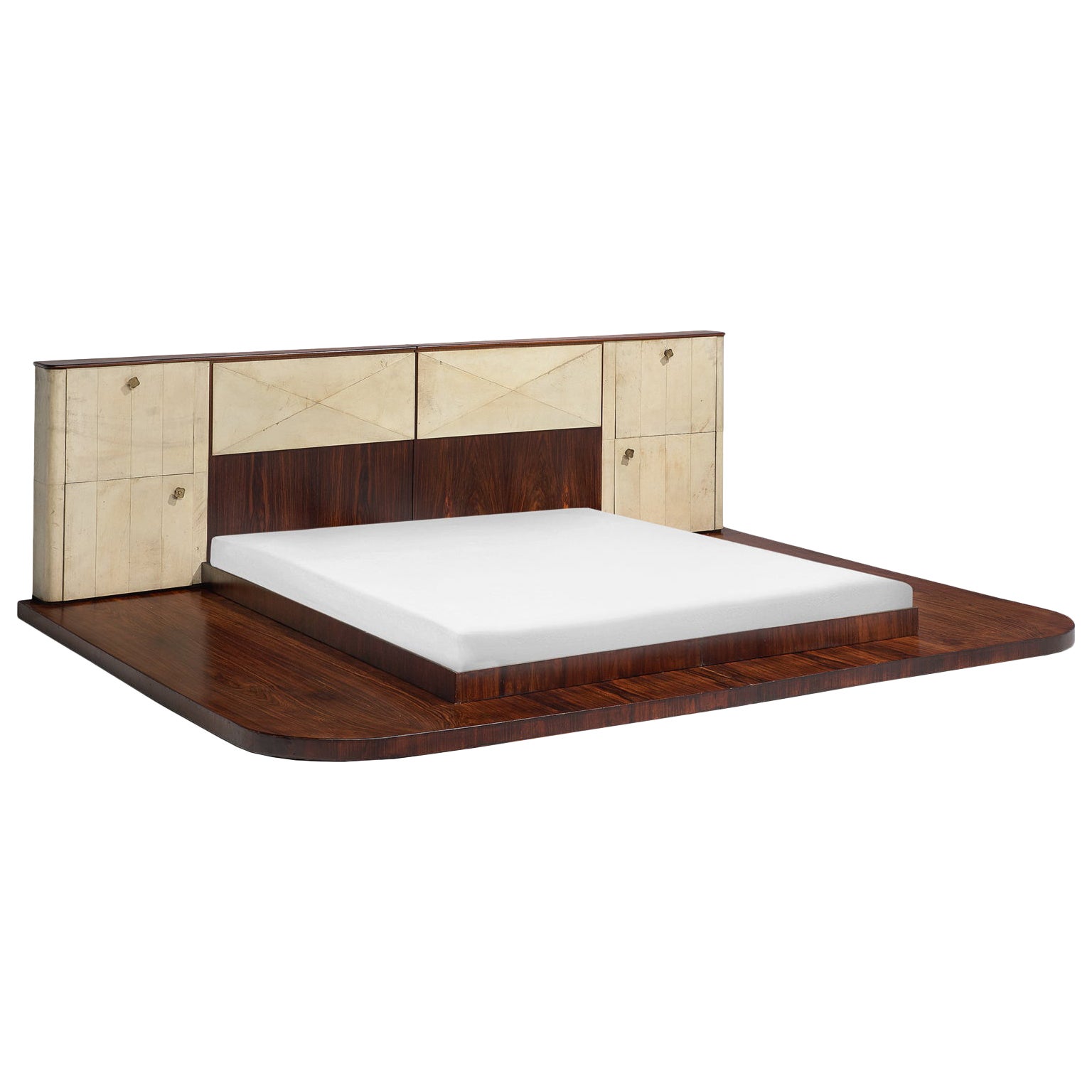 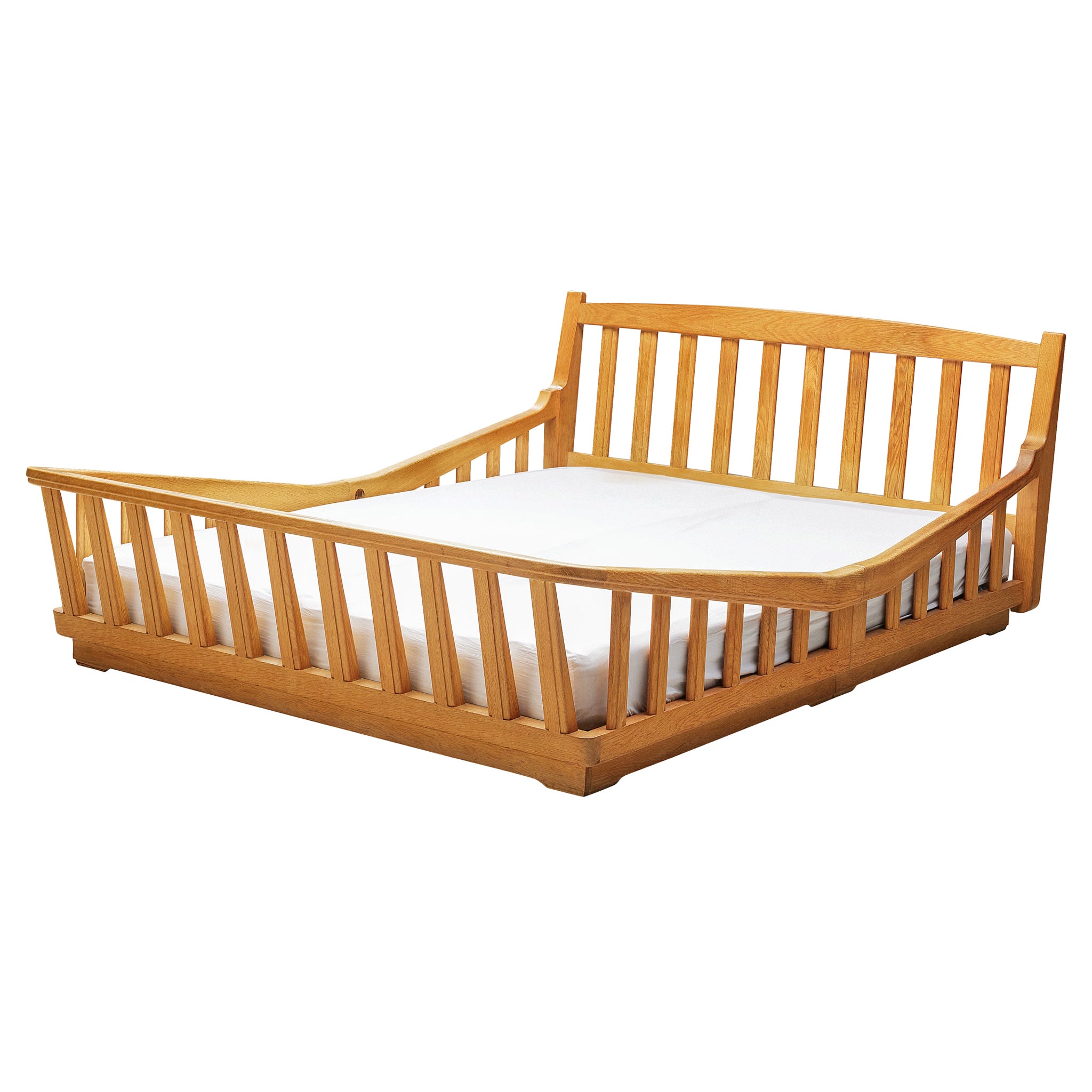 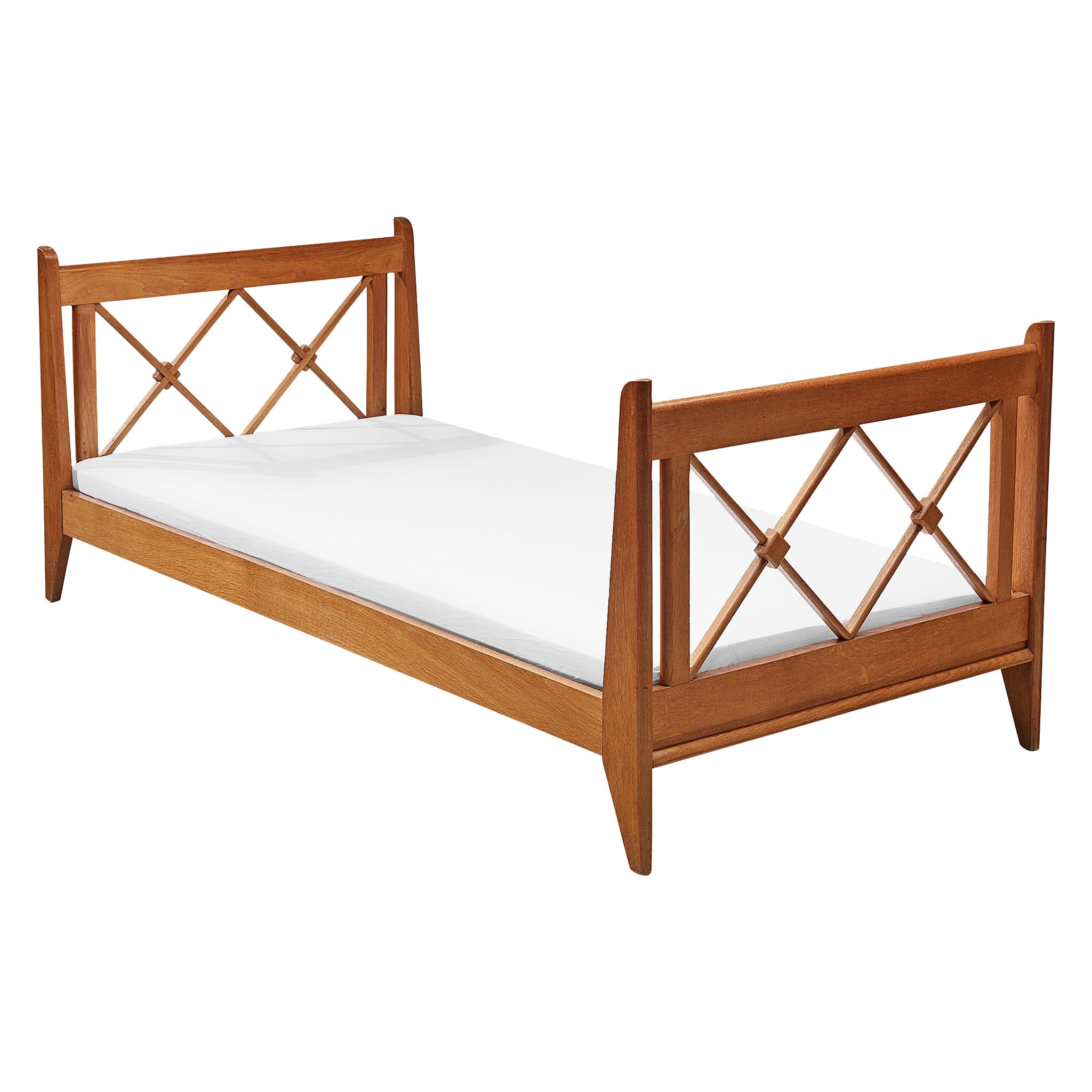 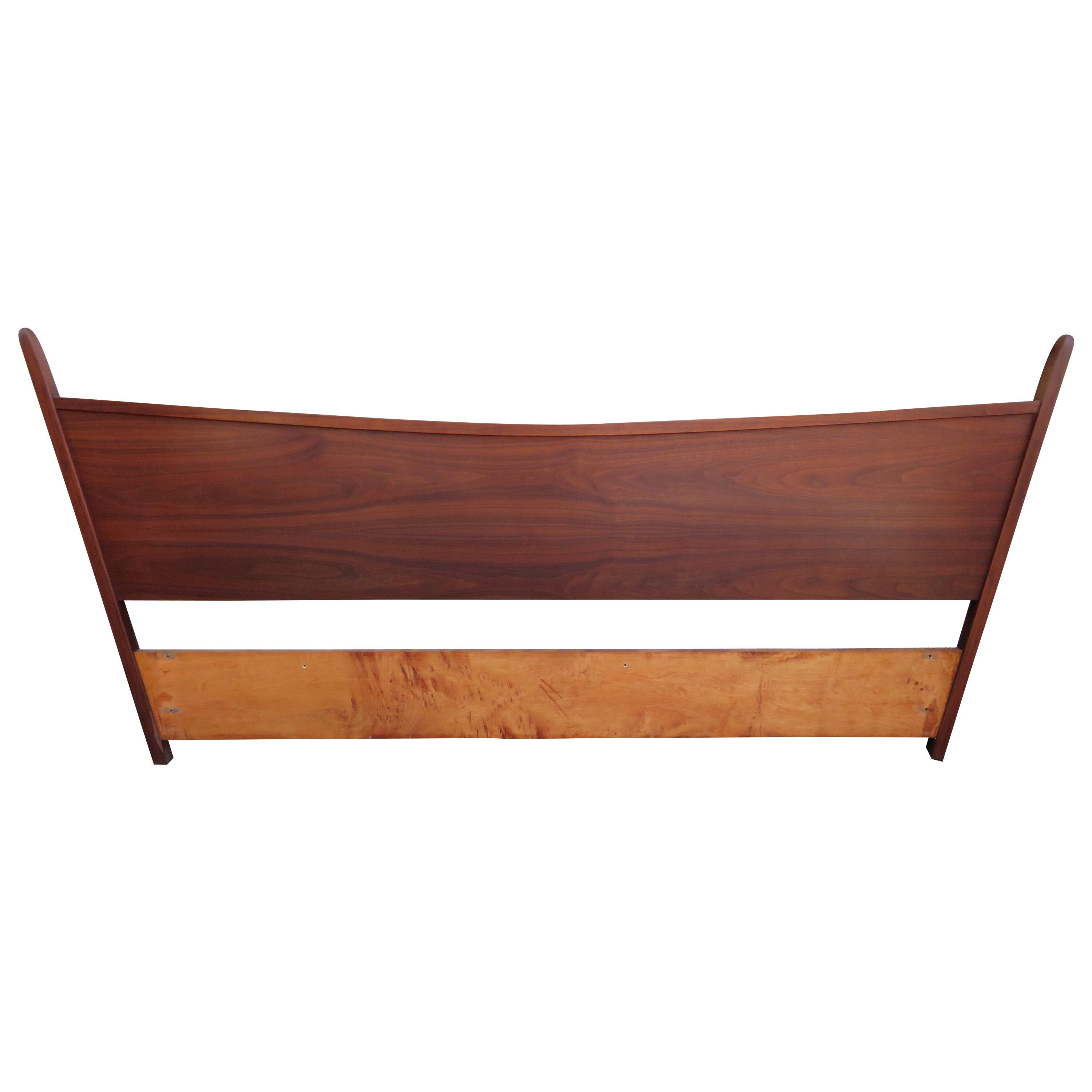 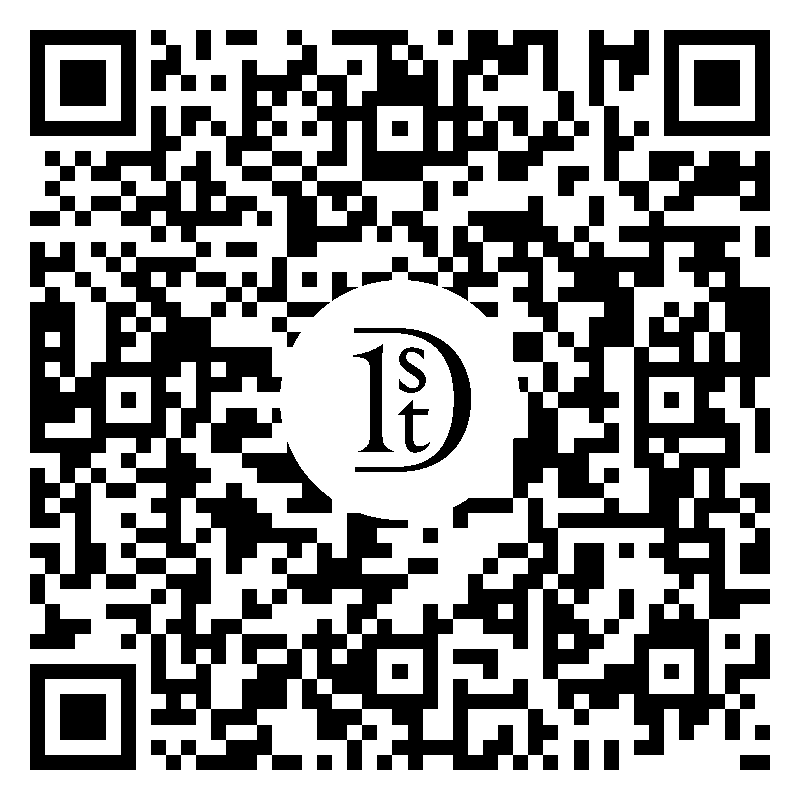 Ernesto Valabrega, bed, oak, Italy, circa 1935 Sculptural bed, designed by Ernesto Valabrega for his company Mobilart, circa 1935. This bed shows all characteristics of a true Ernesto Valabrega design. The headboard as well as the footboard show beautiful oakwood panels that display a flowing grain in the wood. The rustic design is emphasized by the organically carved legs on all sides, showing great crafsmanship.  Italian designer Ernesto Valabrega (1901-1944) was born in Turin, as the son of celebrated designer and cabinetmaker Vittorio Valabrega (1861-1952).  His father Vittorio was, together with his brother, the founder of Fratelli Valabrega (Valabrega Brothers Company, since 1884) that was situated in Turin. During the 1890s, Vittorio became the sole owner of the company and had great success with his refined wooden furniture. Vittorio Valabrega became well-known for his furniture in the floral Art Nouveau style, but as a true child of the 19th century, his company also manufactured furniture in Neo-Renaissance and the French Rococo Louis XV-style. His designs received positive attention and were awarded at World Exhibitions. At the famous exhibition in Paris in 1900, Vittorio even received a gold medal. It was at the age of 24 that Ernesto got on board with his father’s business. His involvement from 1925 onwards had a great impact on the company. Ernesto decided to change the company’s name to Mobilart in 1928 and radically redirected the course. Whereas Vittorio was inspired by a variety of contemporary and historic styles, Ernesto chose for a different approach. He renounced the 19th century mixture of styles and approached furniture design in the same manner as the highly influential William Morris of the English Arts and Crafts movement. Their reform was an artistic reaction to the widespread industrialization of the 19th century.   Ernesto despised products of poor quality and chose high quality materials that would last a lifetime. The furniture he created in the late 1920 and 1930s are a true testament to his beliefs. With his irregular carvings of oakwood, the hammered hinges, flowing edges, embossed surfaces his furniture shows quality, attention to detail and ultimate craftsmanship. This kingsize bed measures 210 x 180 cm. VAT within the EU: When buying or delivering an item within the EU, VAT usually applies and will be added.

Recognized Seller
These prestigious sellers are industry leaders and represent the highest echelon for item quality and design.
Diamond Seller
These expertly vetted sellers are 1stDibs' most experienced sellers and are rated highest by our customers.
Established in 2006
1stDibs seller since 2012
3,114 sales on 1stDibs
Typical response time: 1 hour
Associations
20th Century Specialists
More From This Seller
View All From Seller

Kings & Queens Castle Bed in White Wood with Gold Details
By Circu
Located in New York, NY
Castles have always been a source of inspiration, adventure and fantasy in the magical world of children. Whether in the role of a King or Prince or in the role of a Queen or Princes...
Category

$8,700
Santa Rosa White Oak Bed
By Greg Mitchell
Located in Los Angeles, CA
The Santa Rosa bed is inspired by time spent in small coastal towns and their ever present modest clapboard homes with sun bleached siding. It's almost as if the older they get, the ...
Category