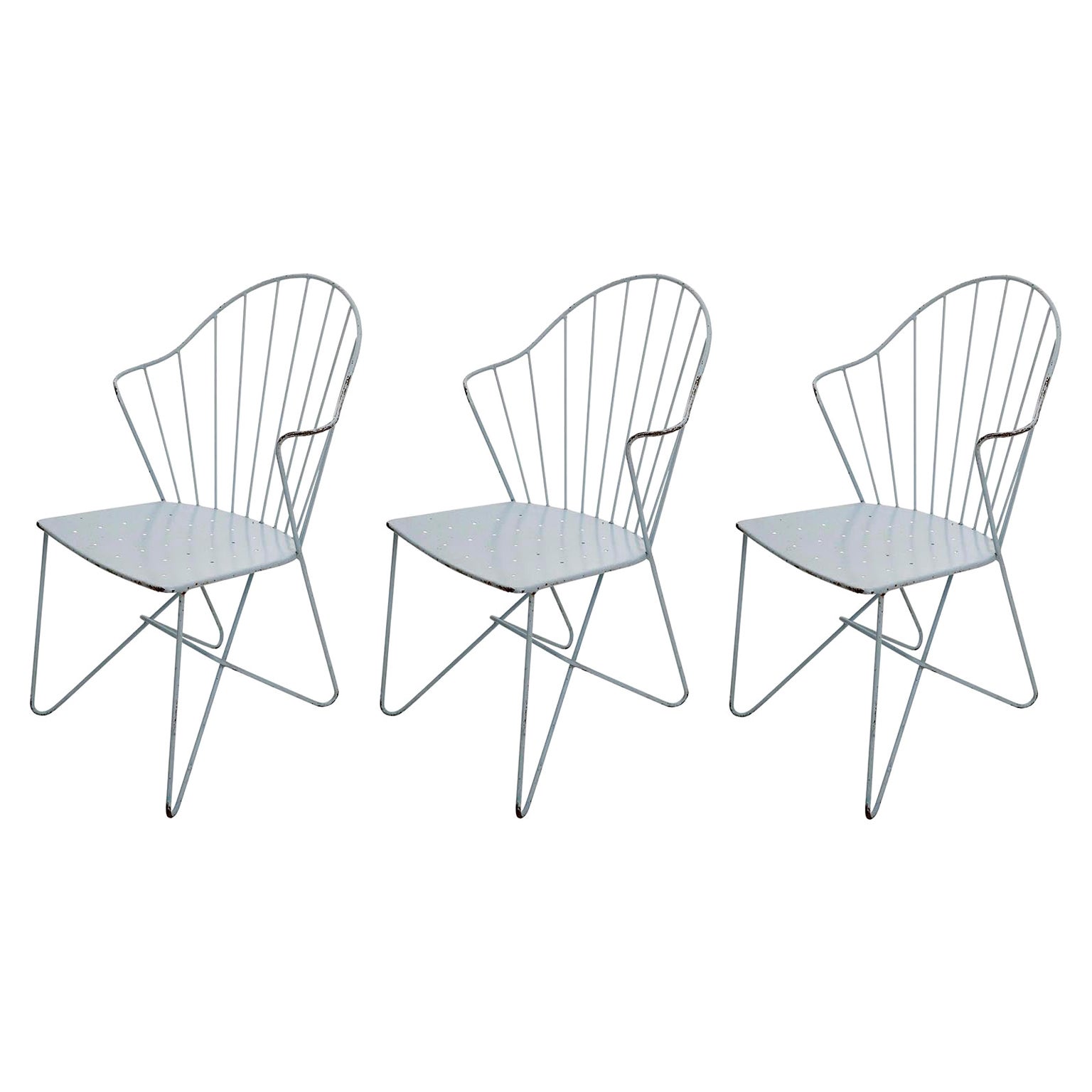 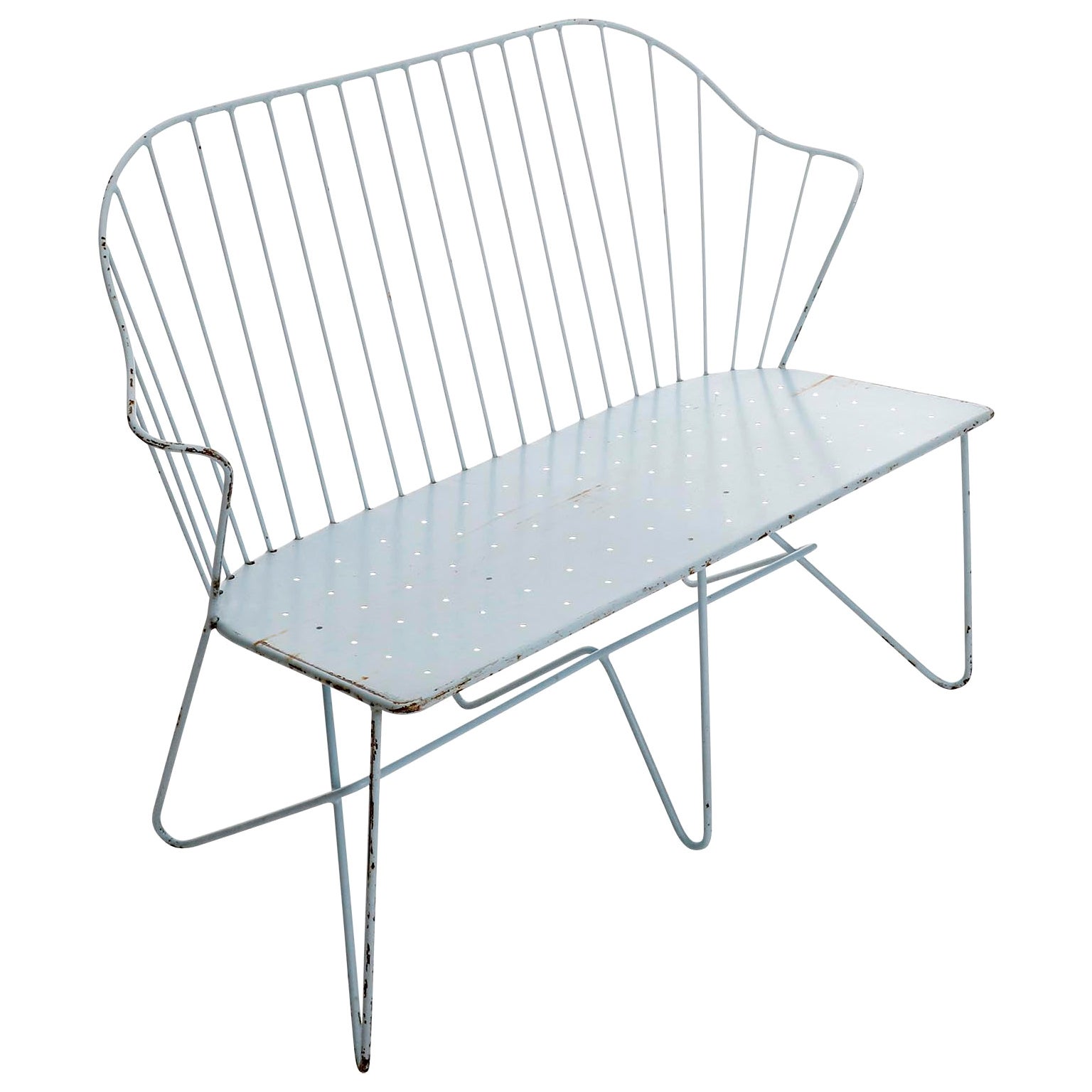 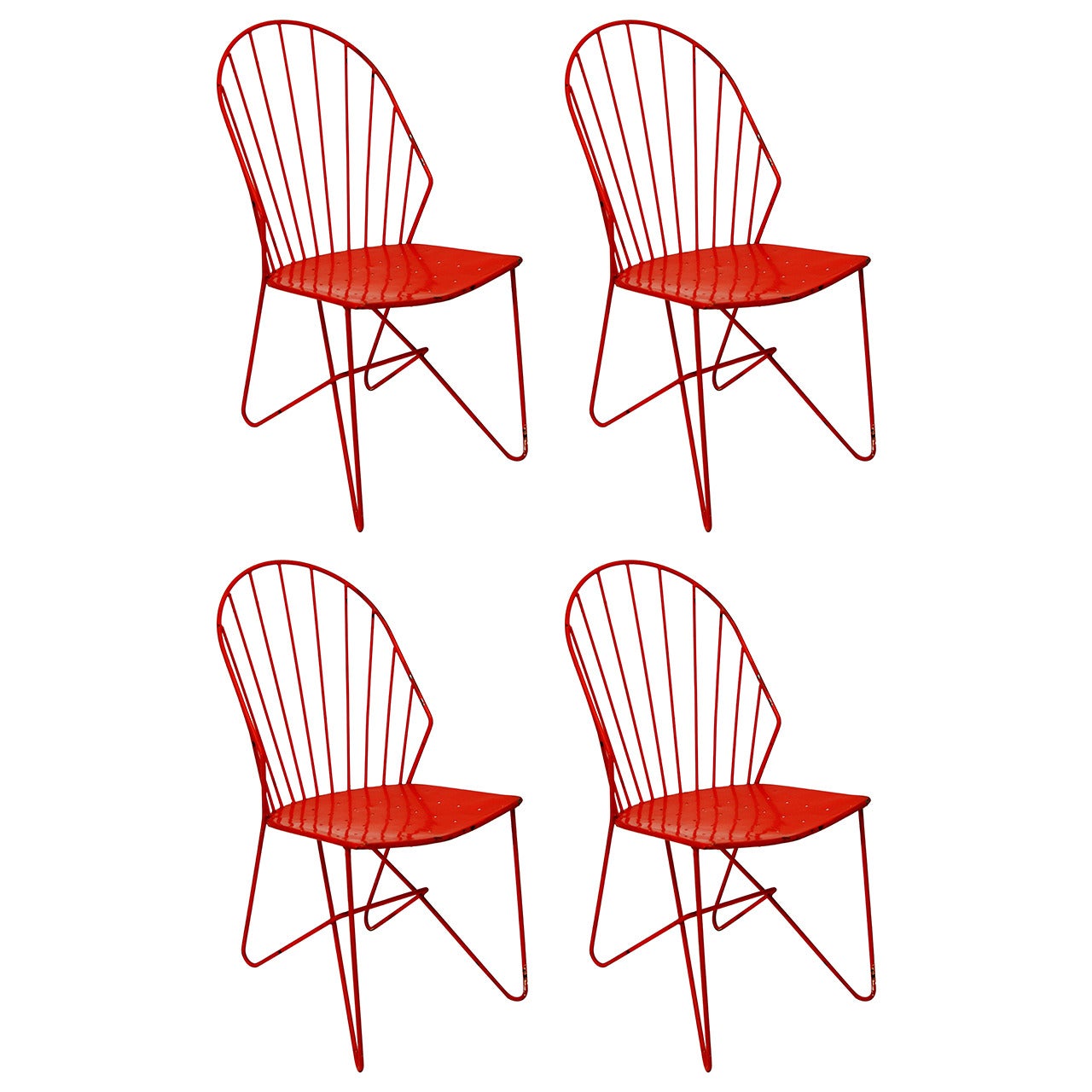 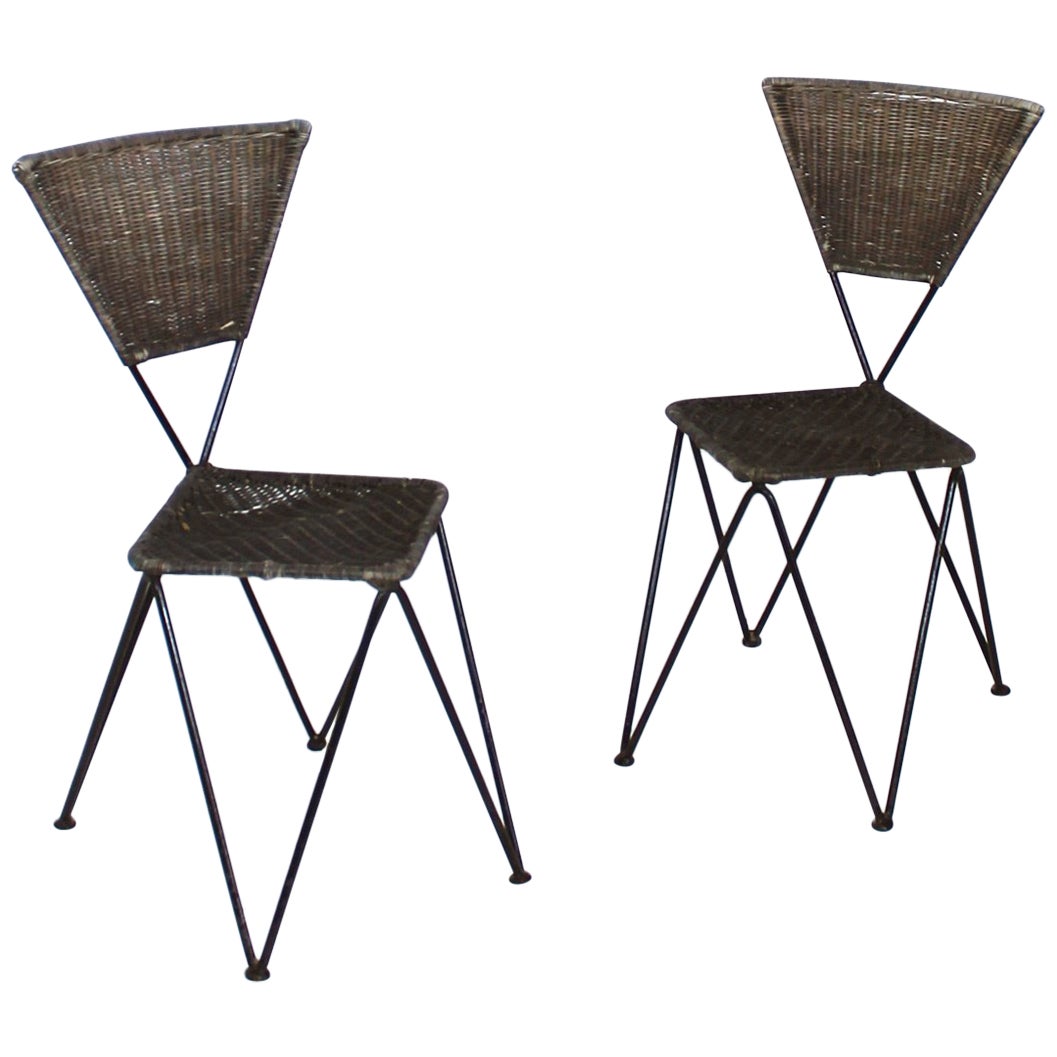 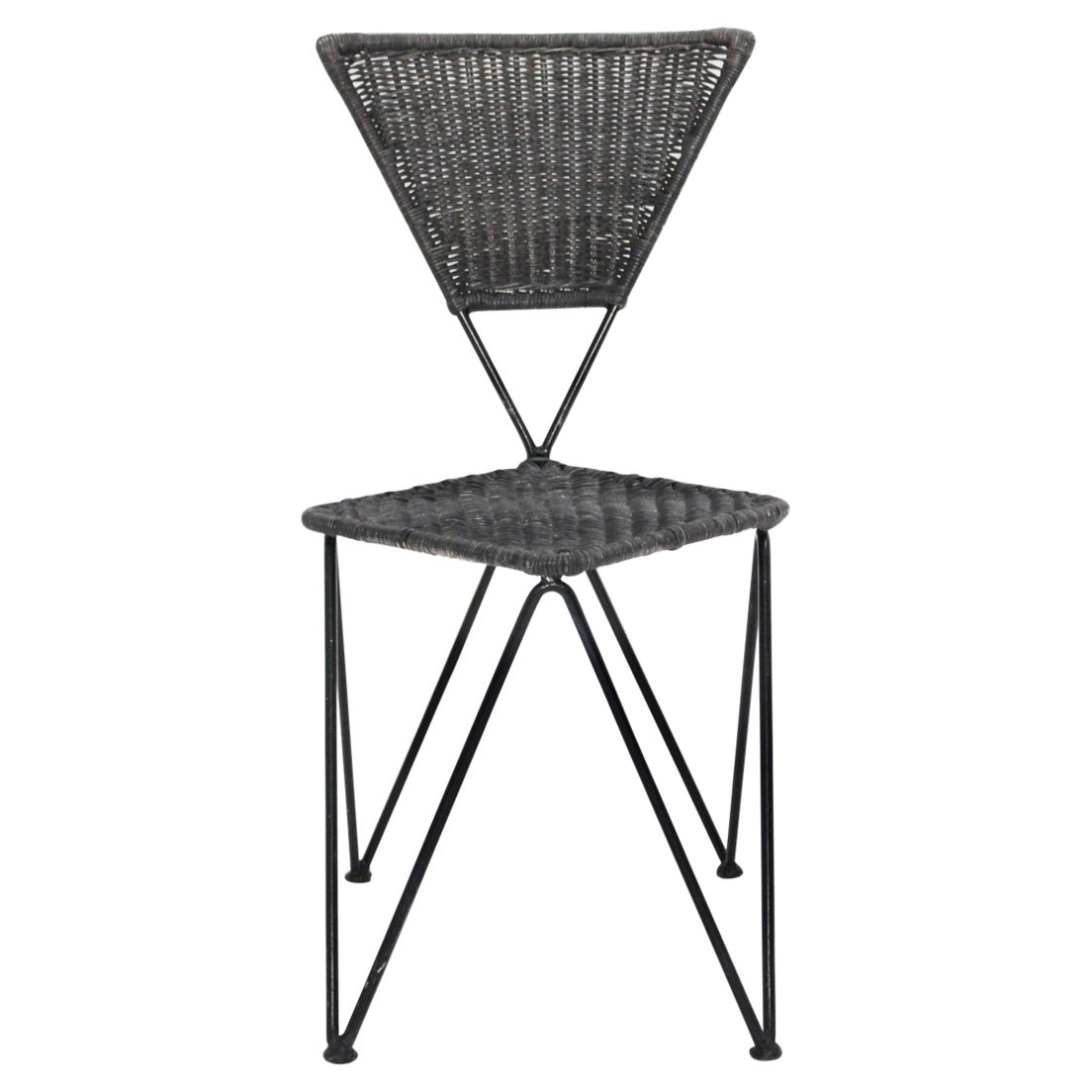 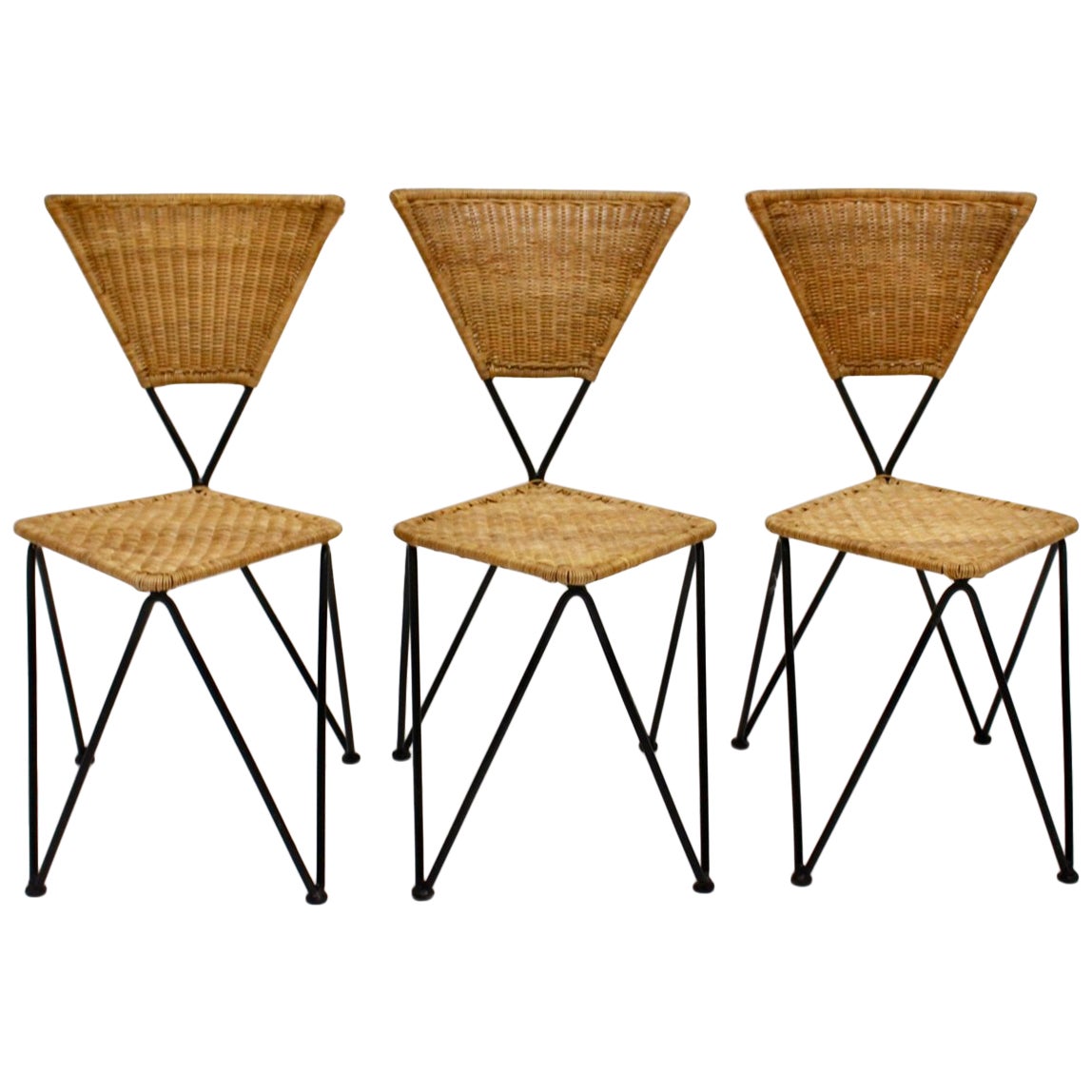 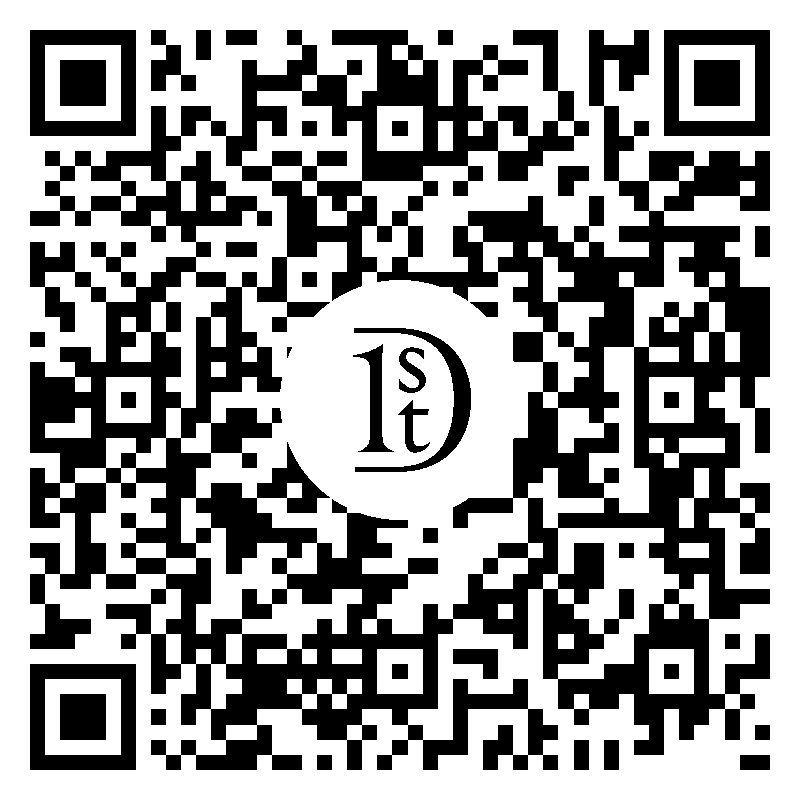 A set of three chairs model 'Auersberg' and one settee model 'Astoria' from the 'SONETT' series designed by J.O.Wladar & V. Mödlhammer and manufactured by Karl Fostel Sen.'s Erben, Austria, manufactured in midcentury, circa 1950. This seating group can be used indoor and outdoor. The pieces are made of light blue painted metal in original condition. There is wear and chips on lacquer which gives them a very nice patina. We offer a restoration and a repainting in any color if required. The tubular steel furniture factory Karl Fostel Sen.’s Erben, founded in 1890, specialized in modern garden furniture made of steel and light metal after the Second World War. Based on the tradition of metal furniture, the company developed its own line for modern garden furniture with the 'SONETT' series, which corresponded to the international trend after the Second World War. Garden furniture in iron was known from the 19th century, now new forms have been developed through the use of steel pipe and steel wire. New was the use of steel wire instead of steel tube, a more variable design of the contours. This is particularly evident in the 'Auersperg' and 'Astoria' models in the early 1950s. The 'Auersperg' model was developed in collaboration with the architects V. Mödlhammer and JO Wladar, who gave the winter garden of the Viennese Palais Auersperg in 1952 "an elegant, tasteful note based on the latest findings in architecture and interior design" Lit.: Das Moderne Heim, Austrian magazine for architecture, interior decoration and garden design, episode 12/13, Vienna 1954, p. 36.

1stDibs Buyer Protection Guaranteed
If your item arrives not as described, we’ll work with you and the seller to make it right. Learn more
About the Seller
5 / 5
Located in Vienna, Austria

Always on the lookout for beautiful, rare and high-quality 20th-century design, this dealer offers furnishings made in the 1950s to 1970s in Austria, Italy, Germany and Scandinavian, as well as selected Jugendstil, Art Nouveau and Art Deco pieces from the 1900s and Bauhaus items from the 1930s. Its inventory is predominately lighting,...

Diamond Seller
These expertly vetted sellers are 1stDibs' most experienced sellers and are rated highest by our customers.
1stDibs seller since 2014
706 sales on 1stDibs
Typical response time: <1 hour
More From This Seller
View All From Seller