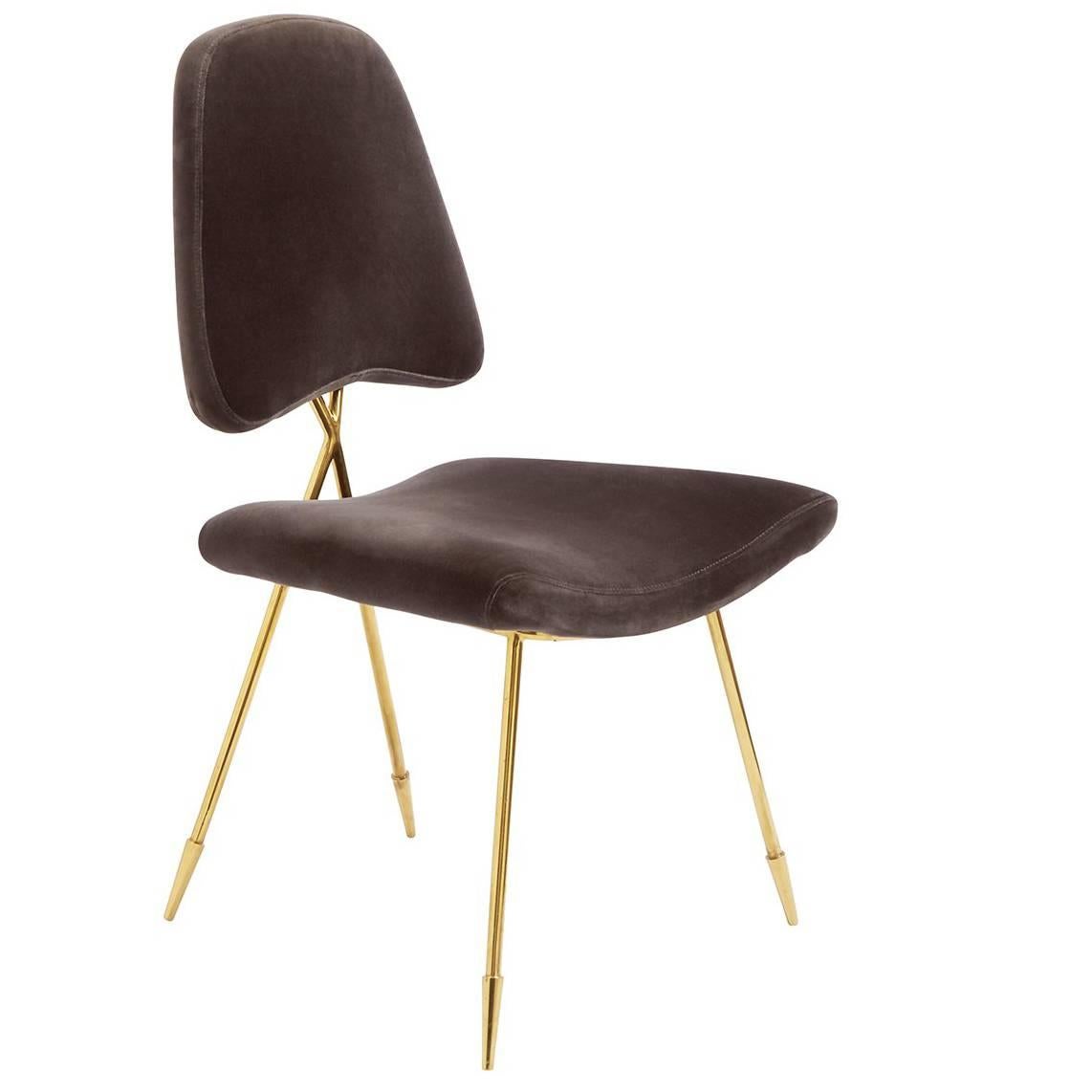 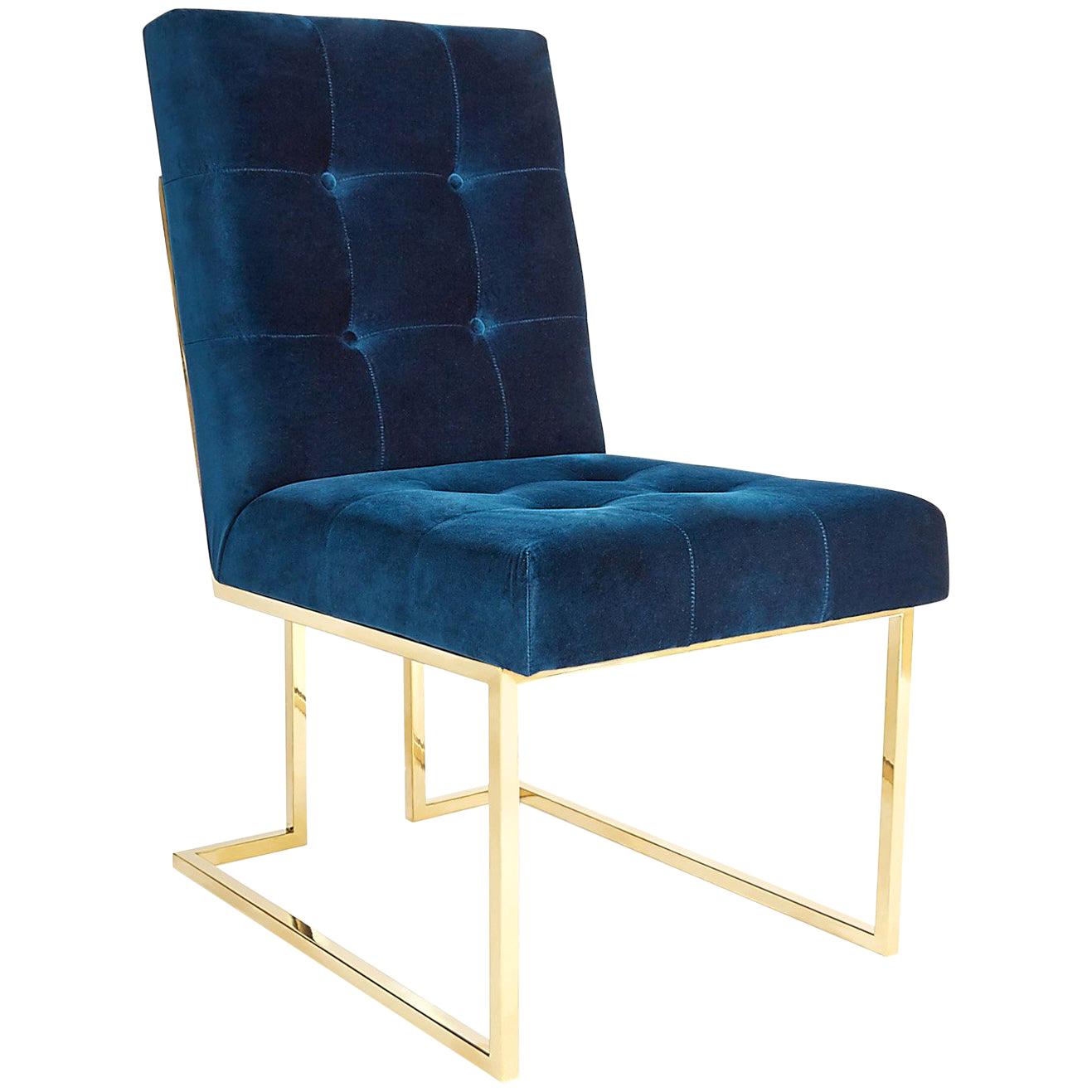 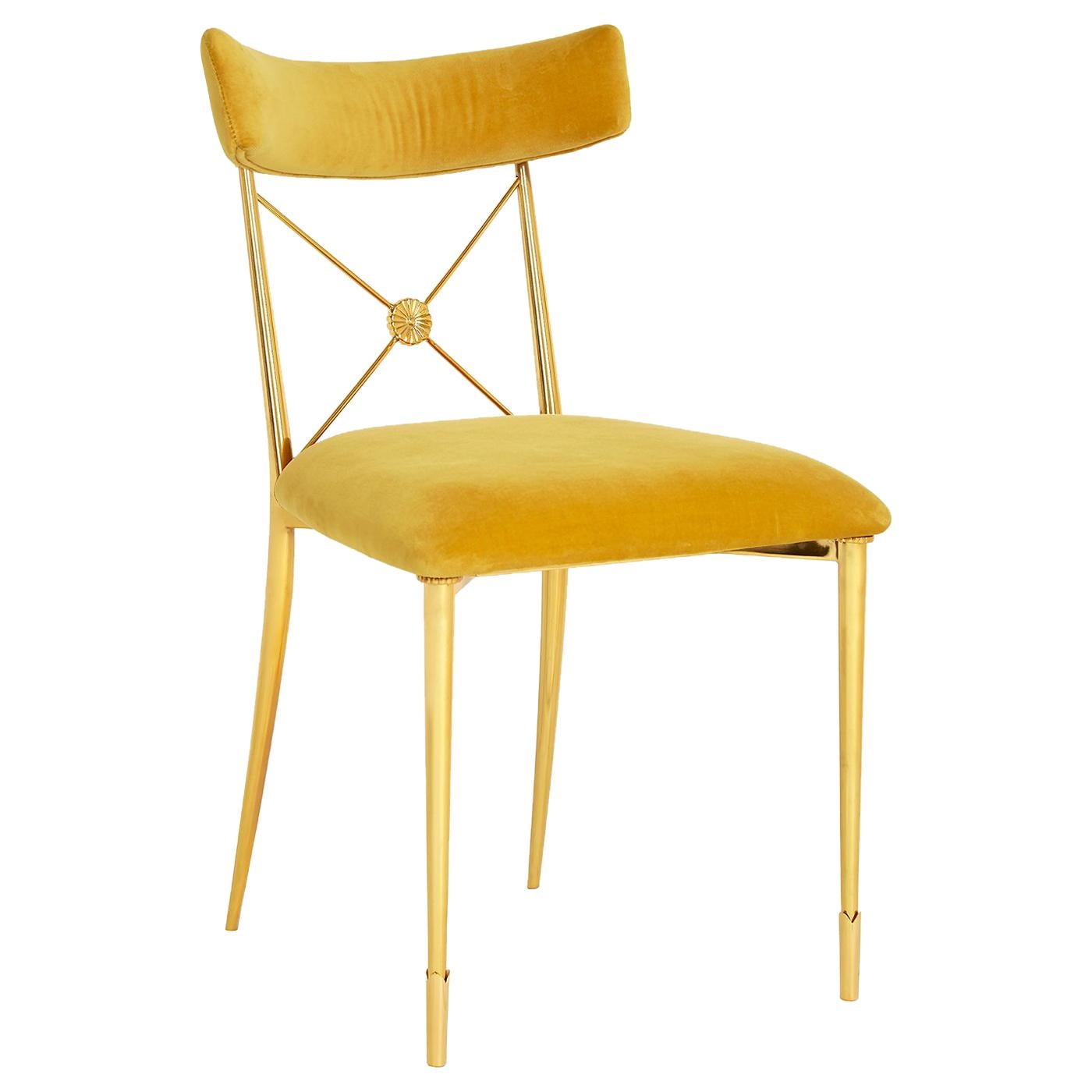 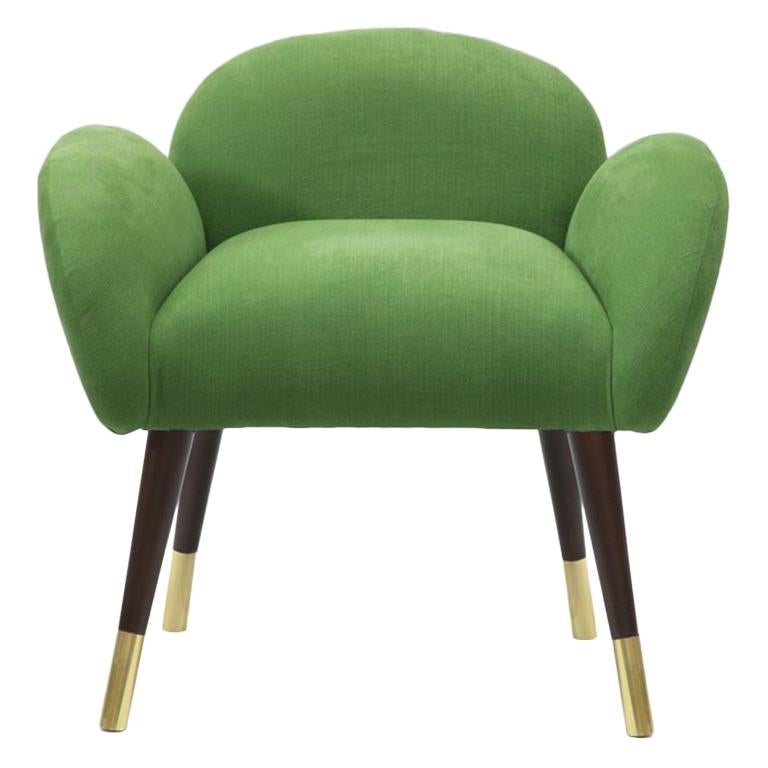 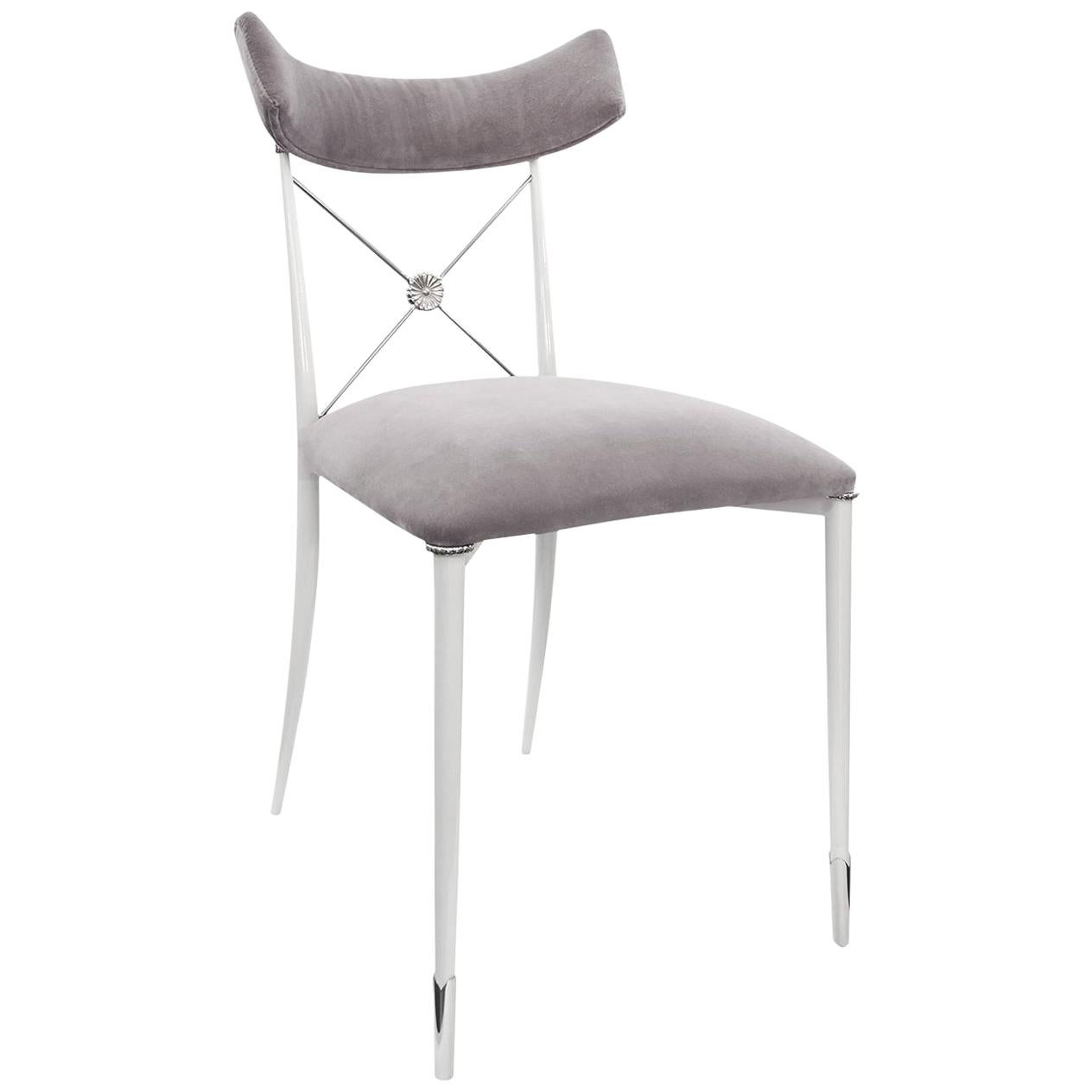 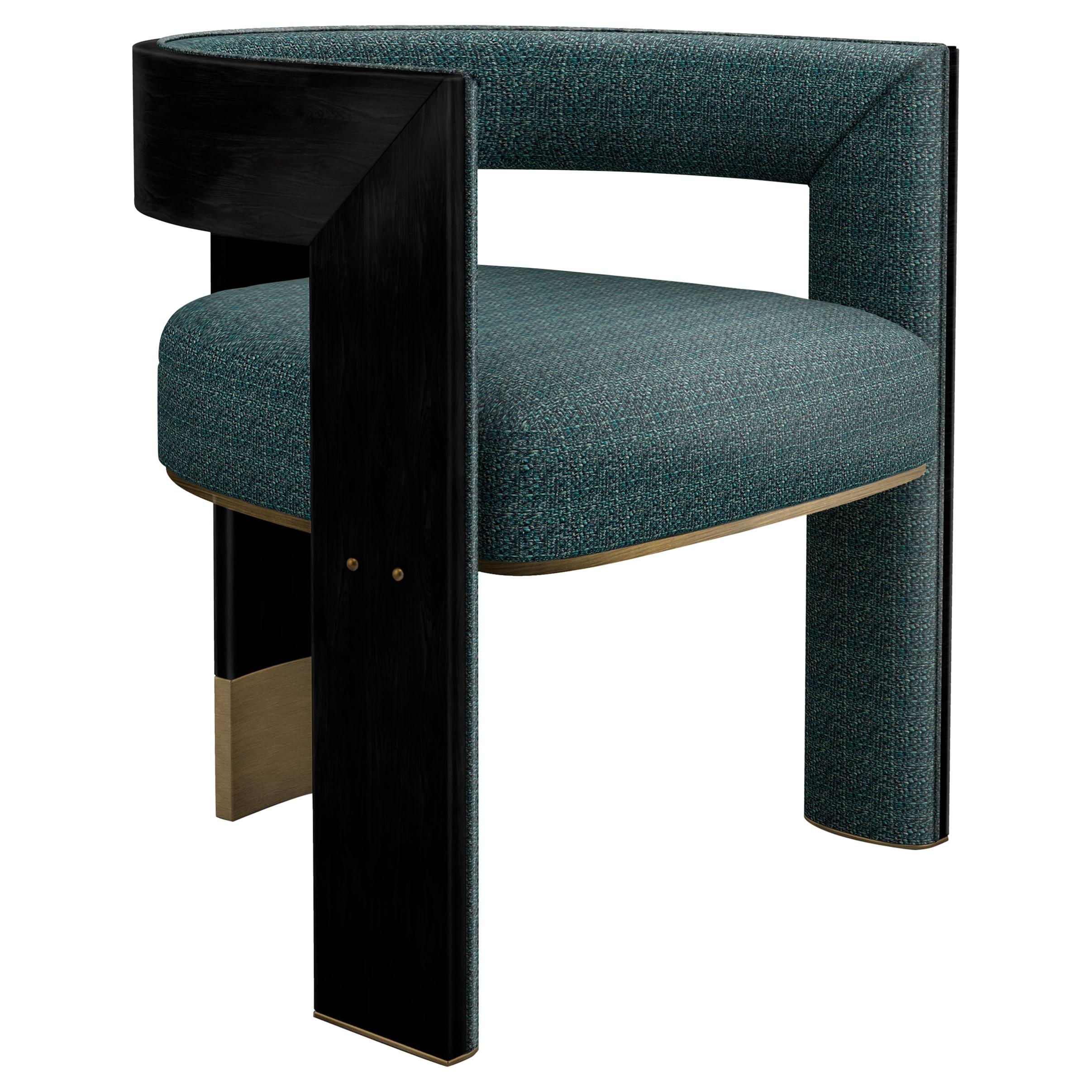 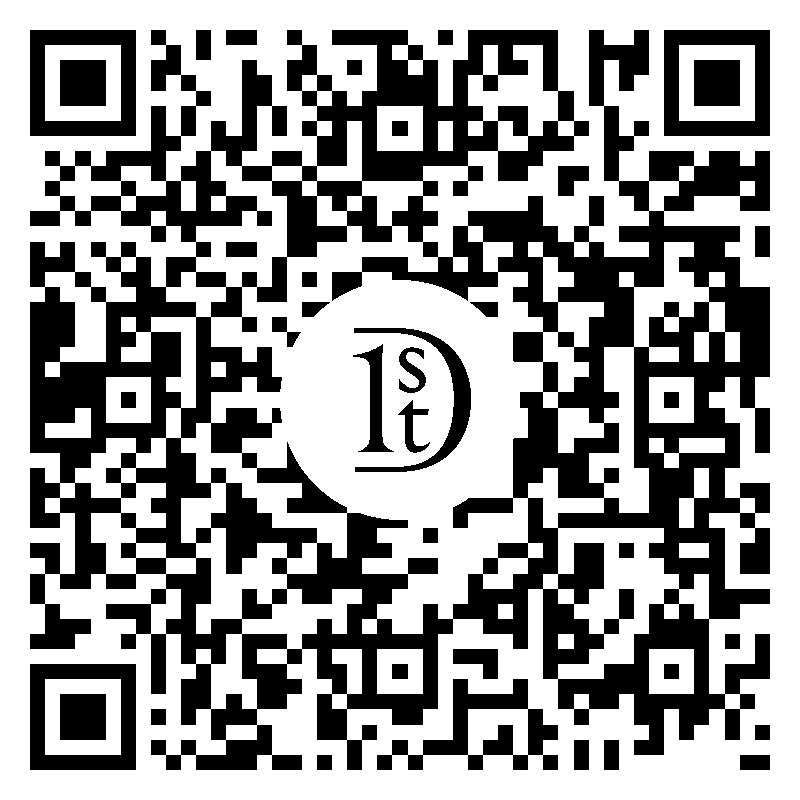 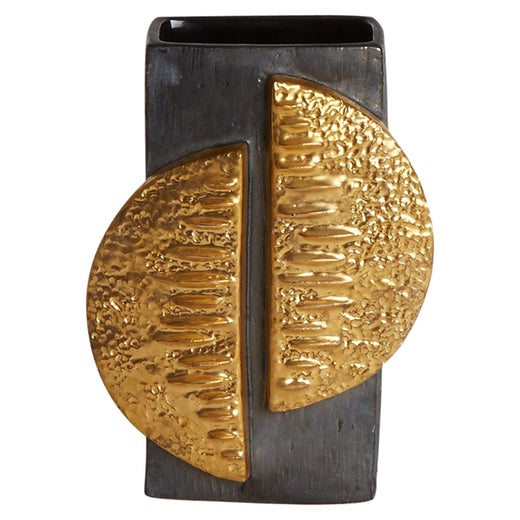 Potter-turned-home-design guru Jonathan Adler is a man with a peripatetic mind, inspired in equal parts, it seems, by classic modern design, Surrealism and pop culture.

Although his namesake company has expanded into a mini empire touching just about every aspect of modern living — chairs and ice buckets, wallpaper and menorahs, chandeliers and rugs — made in myriad materials, Adler still creates almost every object in clay first. His guiding principle is a simple one: “I make the stuff I want to surround myself with, and I surround myself with it.”

Adler grew up in a New Jersey farm town. His grandfather became a local judge, and his father returned home after graduating from the University of Chicago. “My pop was a brilliantly talented artist. At one point, he had to decide whether to become an artist or a —,” he pauses, searching for the right word, “person.” His father became a lawyer but spent all his free time in his studio, “making art, unencumbered by the need to make money from it. It was a totally pure pursuit.” Adler’s mother, who had worked at Vogue and moved to the rural town reluctantly, was also creative, and both parents encouraged their three children’s creativity.

When he was 12, Adler went to sleepaway camp, where he threw his first pot. “And it was on,” he says. His parents bought him a pottery wheel, and he spent the remainder of his adolescence elbow-deep in clay. Even while majoring in semiotics and art history at Brown University, he hung out at the nearby Rhode Island School of Design, making pots.

Adler moved to New York City, worked briefly in entertainment, and in 1993 returned to his true love, throwing pots (in exchange for teaching classes) at a Manhattan studio called Mud Sweat & Tears. One day, at Balducci’s food market, he ran into Bill Sofield, an old friend who had recently cofounded, with Thomas O’Brien, the now-legendary Aero Studios, a design firm and shop. Sofield paid a studio visit and promptly gave him an order. Then, another friend introduced Adler to a buyer at Barneys New York, who also wrote an order.

For about three years after Adler began devoting himself to ceramics full-time. Despite the street cred of both Aero and Barneys, he also wasn’t really making enough money to live on. Then, in 1997, he teamed with Aid to Artisans, a nonprofit aimed at creating economic opportunity for skilled artisans in developing countries, and traveled to Peru to hire potters who could follow his designs, thus increasing production.

Adler’s first store opened in 1998, in the Soho shopping mecca in Manhattan. He now operates about two dozen shops, as far-flung as London and Bangkok. During Adler’s trip to Peru, he connected not only with potters but also with several talented weavers and decided to branch out into textiles. Other categories followed, leading him to travel the world in search of artisans who could execute his endless supply of ideas. In India, Adler found a man who’s expert at beadwork; he has his limed furniture made in Indonesia, his honey-colored wood pieces in Vietnam.

After a friend asked him to decorate her house, Adler expanded to interior design, taking on hotels as well as private residences — projects for which he remains “agnostic,” using pieces by other designers. “I really try to get to know my clients and then make them seem more glamorous and more eccentric than they think,” he says. “I see myself as a slimming mirror for them.”

About the Seller
4.7
Located in New York, NY
Vetted Seller
These experienced sellers undergo a comprehensive evaluation by our team of in-house experts.
Established in 2017
1stDibs seller since 2017
466 sales on 1stDibs
Typical response time: 1 hour
More From This Seller

Art Deco Style Linen And Brass Dining Chair Patagonia Handcrafted And Custom
Located in Madrid, ES
Soulful and comfortable, the Patagonia chair wraps you in Thyme linen. Its curved silhouette is a visual explosion. A sculptural exploration of the Classic dining chair.
Category

$2,338 Sale Price / item
21% Off
Set of Six Brass and Fabric Dining Chairs
Located in Palm Springs, CA
A glamorous set of six dining chairs from the 1970s. The chairs have been newly recovered in a beautiful light brown tweed fabric. The brass legs are in original condition, so they s...
Category

$18,000 / set
CORDOBA dining chair with brass tips
Located in Porto, PT
Elegant and timeless design, the CORDOBA chair is very comfortable and engaging.‎ The upholstery runs through the legs, finishing with beautiful metal tips in brass but also availab...
Category

$1,957 / item
GLORIA dining chair with brass tips
Located in Porto, PT
The classic style of the GLORIA dining chair makes it suitable for most dining concepts.‎ With piping detail that runs along the legs, continuing to the seat and back of the chair, b...
Category

$1,368 / item
SOPHIA dining chair with brass tips
Located in Porto, PT
Elegant and comfortable, SOPHIA is a chair with a special quilted details on the back.‎ Perfect from every angle, this chair is upholstered in fabric, while the lacquered legs are en...
Category

$1,802 / item
Midcentury Modern Velvet And Brass Milonga Dining Chair Handmade and Custom
By Montse Piquer
Located in Madrid, ES
It takes two for tango but just this chair to fill up your dining area of energy and passion. Milonga chair is from Buenos Aires and tiptoe all night on the dance floor. Mix and matc...
Category

$881 / item
ANDRE CHAIR - Modern Dining Chair with Wood Frame and Brass Pole Detail
Located in Laguna Niguel, CA
The Andre Chair is a modern side or dining chair featuring a wood frame with a fractured brass pole detail. Fully custom and made to order in California. As shown in Snake Vinyl $4...
Category

$2,500
Graffiti Artist Keith Haring, Color 17 x 22" Exhibition Photograph
By Jack Mitchell
Located in Senoia, GA
Graffiti and visual artist Keith Haring photographed with one of his paintings in April 1984. One of Mitchell's most beautiful color photographs. This exhibition print is 17 x 22". C...
Category

In our "On Location" series on YouTube and Instagram, top designers share their personal spaces while on lockdown. Here, Jonathan Adler and his husband, fashion commentator Simon Doonan, show us their bold beach house on New York's Shelter Island. 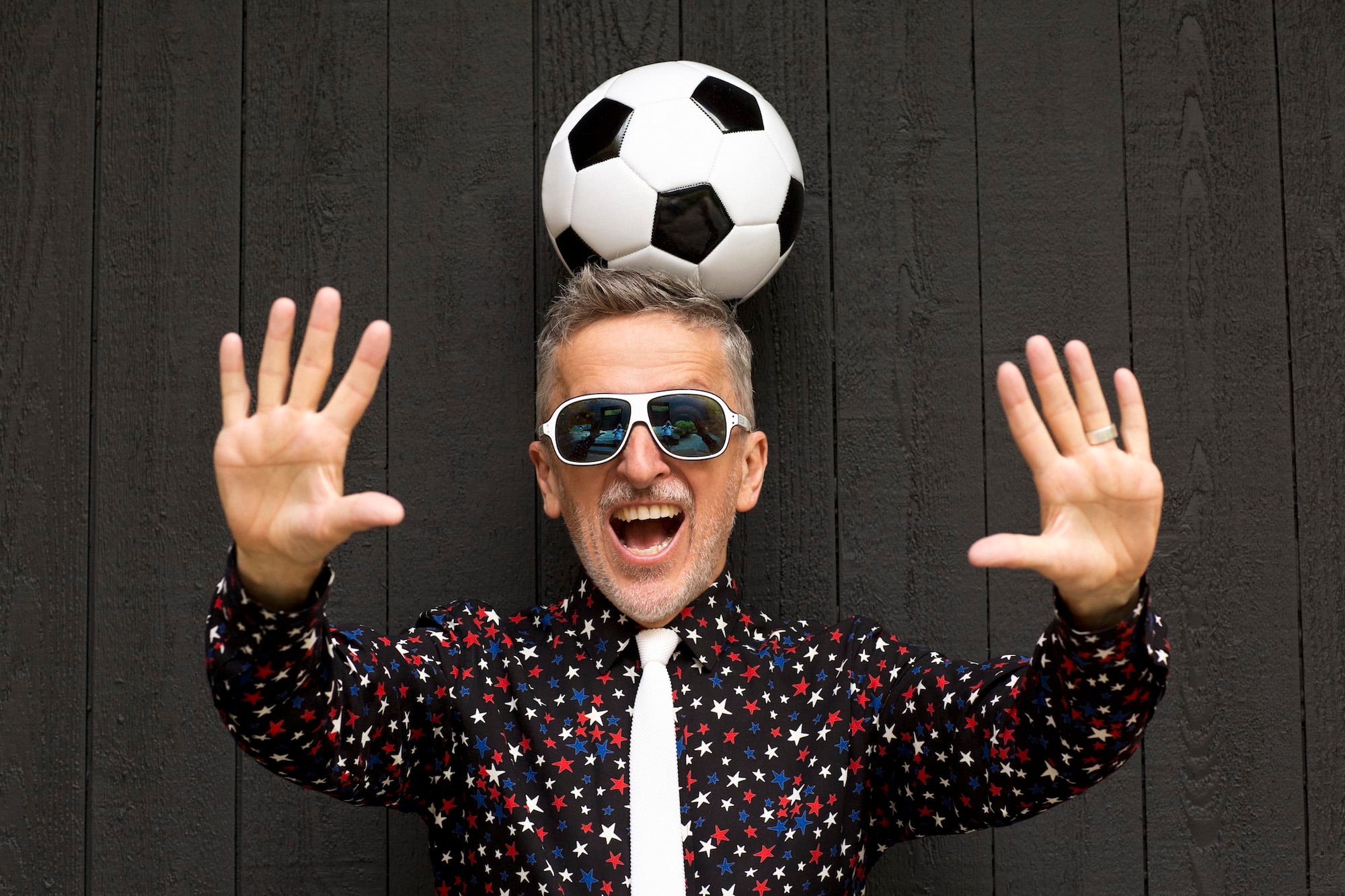 Confessions of a (Semi-Retired) Window Dresser

Even though he's been a writer for two decades, Simon Doonan can’t escape from decorating windows.