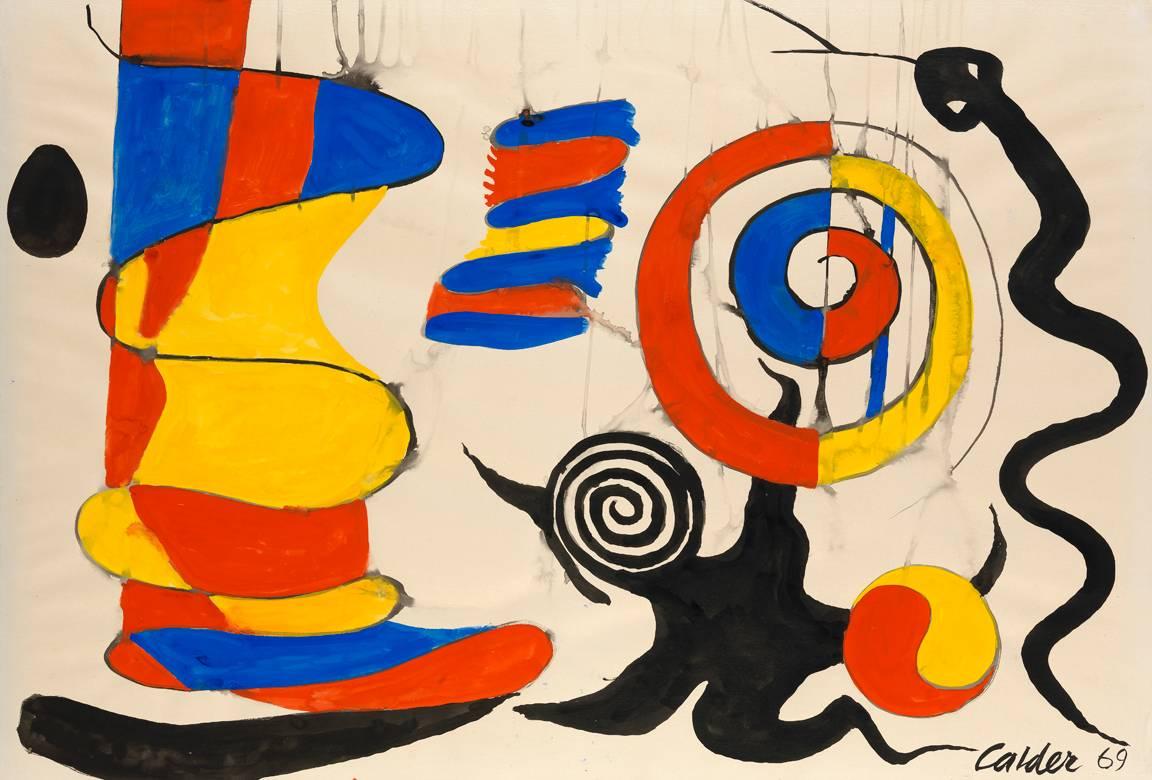 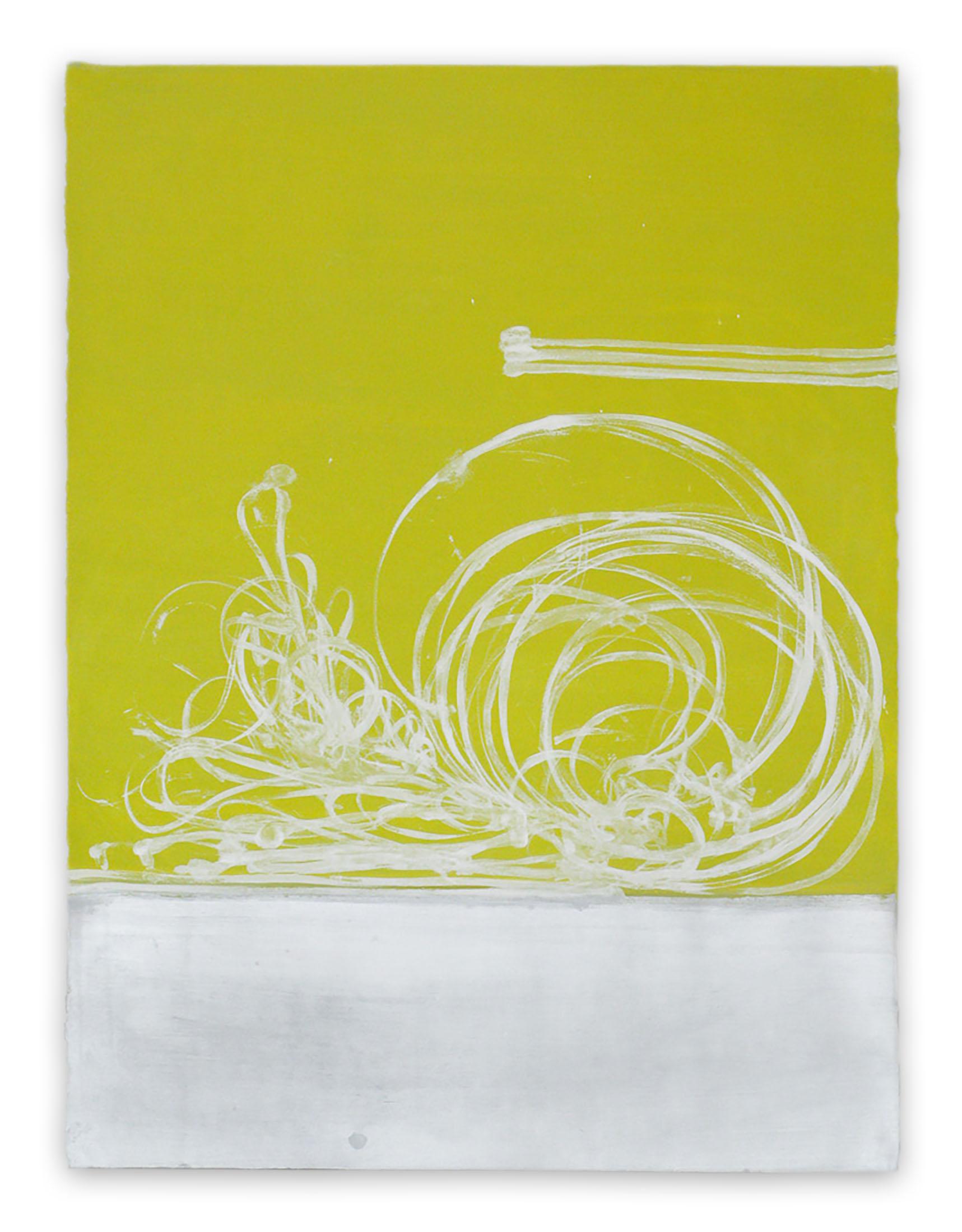 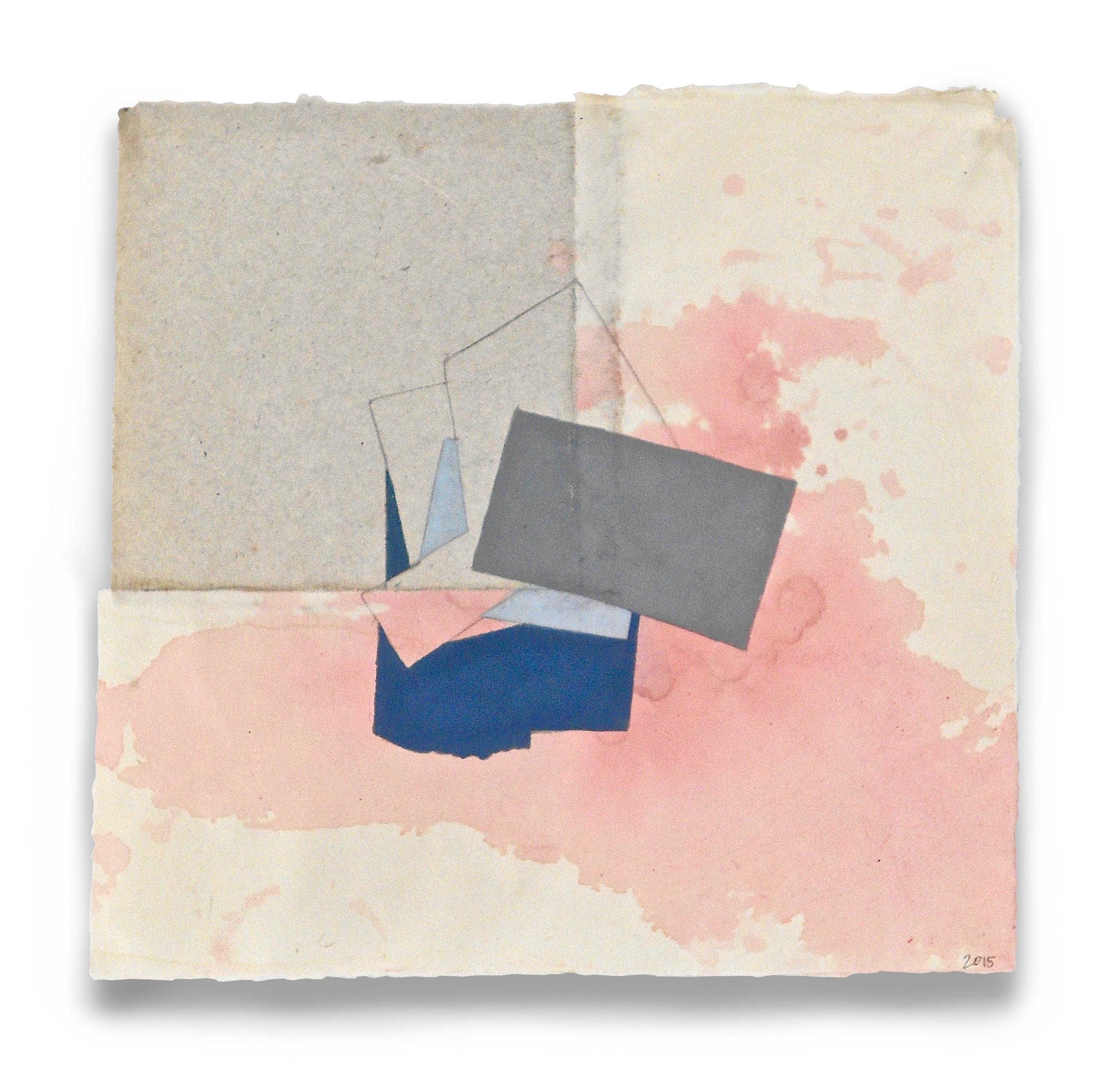 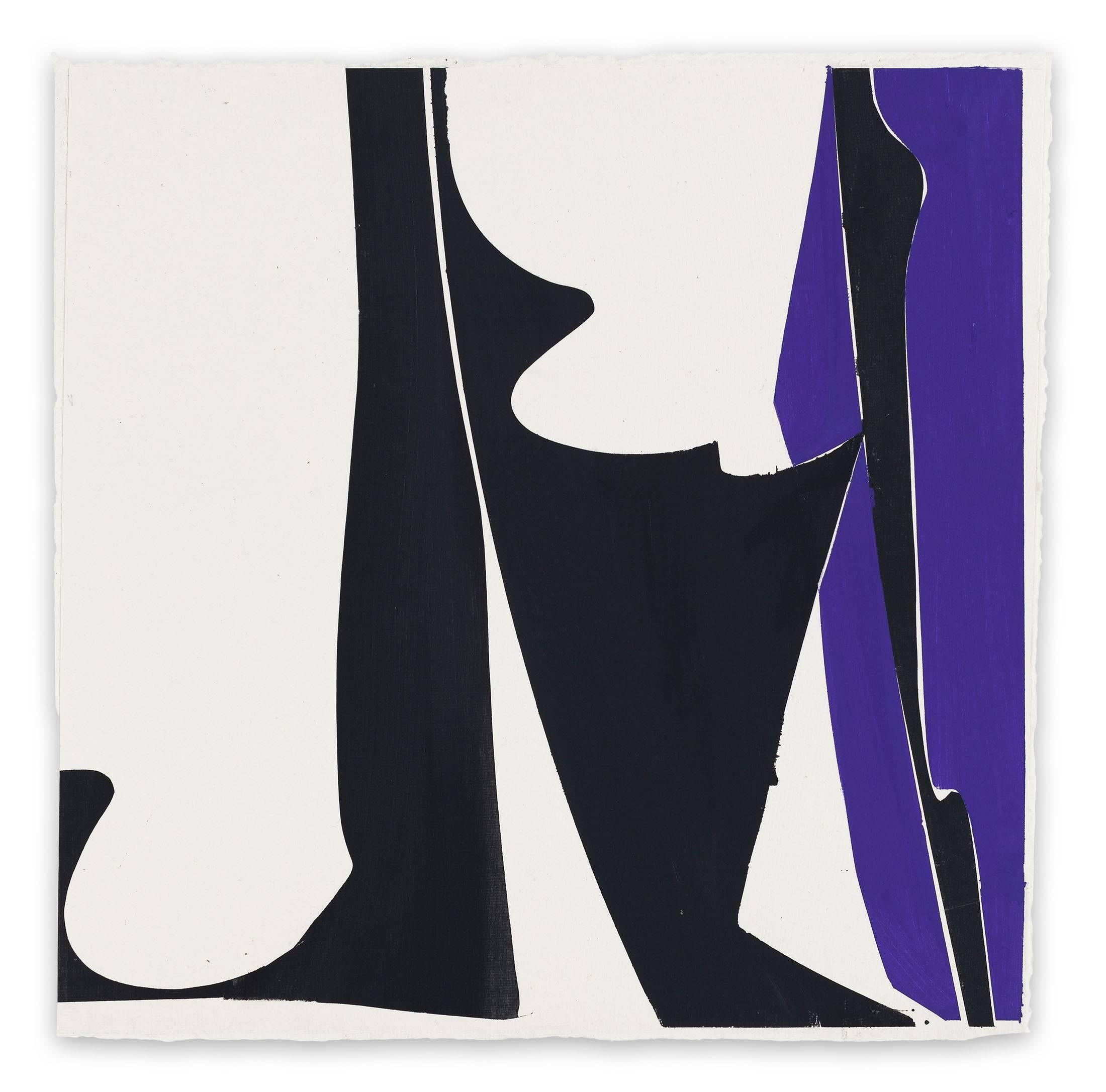 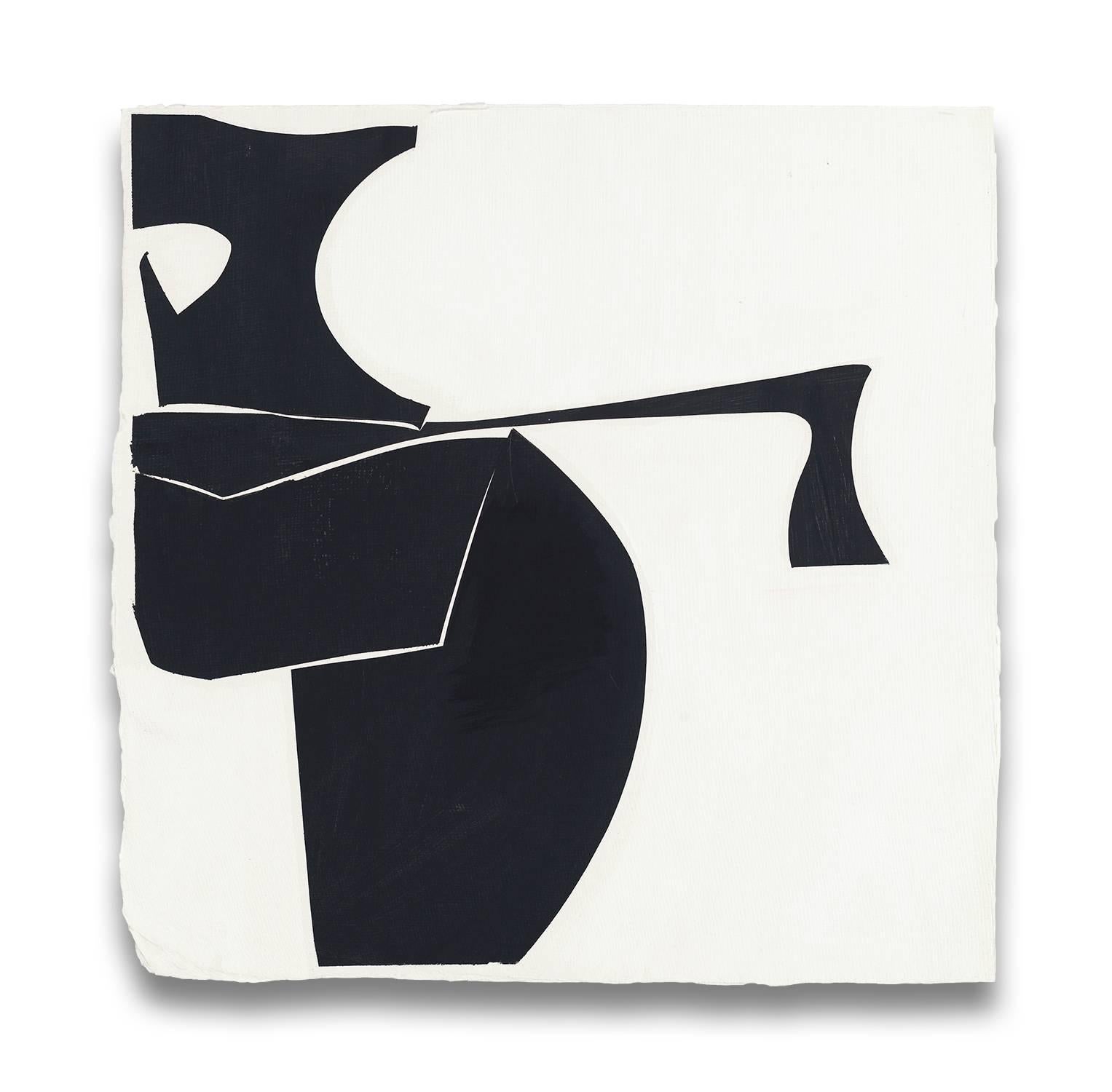 This vibrant gouache by Alexander Calder owes its origin to the 1972 Presidential Election between Republican candidate Richard Nixon and Democratic candidate George McGovern. In the run-up to the election, Calder worked closely with the influential printer-publisher George Goodstadt, who had been commissioned by the Democratic National Committee, to produce a series of large colourful gouaches, to which this work pertains, which were subsequently reprinted as campaign posters in support of McGovern. The piece is a testament to Calder’s long-standing political activism and his liberal political views. Like many other members of the art establishment, Calder supported McGovern for his anti-Vietnam War political platform and his advocacy of reduced defence spending. Alongside other high-profile artists who created works to show their support for McGovern’s campaign, including Robert Rauschenberg and Andy Warhol, Calder’s five gouaches succeeded in both raising money and drawing media attention to McGovern’s campaign. Calder’s influence on the campaign had a tangible effect when the slogan for one of his gouaches, “McGovern for McGoverment” was then used on buttons and bumper stickers. Perhaps as a statement of his support and faith in McGovern, Calder post-dated the gouaches for the day of the election, the 7th November 1972. Calder’s “McGovern” series coincided with an explosion of political artistic expression in the form of campaign posters by artists across the US, which acted as a grassroots movement in support of the Democratic candidate. The artists created simple, well-designed posters and were determined to garner support for the candidate for peace and change. These posters adorned the walls of McGovern campaign offices across the country and were often sold at auction in Art for McGovern galleries in various cities to raise money for the campaign. This period of political artistic activity was truly remarkable and would remain unrivalled until the burst of campaign posters during Barack Obama’s 2008 presidential campaign. Artwork details: McGovern by Alexander Calder (1898 - 1976) Gouache on paper 76 x 56 cm (29 ⁷/₈ x 22 inches) Signed and dated upper right, AC 72 Provenance Collection of George J. Goodstadt, acquired from the artist Authenticity: This work has been registered in the archives of the Calder Foundation, New York, under application number A26042. Artist biography: Alexander Calder, also known as ‘Sandy’ was born in 1898 in Philadelphia, his father and grandfather Alexander Stirling Calder and Alexander Milne Calder were both well-known sculptors. Described as an arbitrary choice, Calder originally gained a mechanical engineering degree at the Stevens Institute of Technology, where he acquired mathematical skills, which would later inform his ingenious approach to sculpture. Calder had various jobs before enrolling at the Art Students League in New York City in 1923. In 1925, still a student, Calder worked for the National Police Gazette where his theme of the circus first began with an assignment to sketch the Ringling Brothers and Barnum and Bailey Circus. In June 1926 Calder made his first wire sculptures at the Academie de la Grande Chaumiere in Paris. Most famously, Cirque Calder, a miniature circus that was animated by hand at performances given to friends. The work was well received by many of the Parisian avant-garde artists such as Fernand Léger, Jean Arp and Marcel Duchamp and also exhibited in New York in 1929 at the Haws-Harden apartment. His wire sculptures are characteristically colourful and finely crafted, often described as drawings made in space. After visiting Piet Mondrian's studio in 1930 Calder was inspired by the abstract forms in Mondrian’s paintings. He would later become renowned for developing a new idiom in modern art called the ‘mobile’, where he made abstract art move. In Early 1932 in an exhibition organised by Marcel Duchamp, who coined the word ‘mobile’, Calder displayed his first moving sculpture. Calder’s kinetic works range from being suspended and anchored, and are often monumental in size; he describes their performative element as “dancing in front of you”. Calder compared his stationary sculptures, dubbed ‘stabiles’ by Jean Arp, to traditional paintings as they simply imply movement. His exploration of motion in art began with using motors, but soon Calder used air-currents alone, creating movement he described as occurring "by nature and chance." The subtle, continuous movement of the suspended forms redefine the negative space around their abstract forms. Today, Calder’s works inhabit many major cities in the world, including many large-scale outdoor sculptures. In addition to his revolutionary sculptural compositions, Calder also produced a wealth of drawings, oil paintings, watercolours, gouache, and created jewellery. As Calder's sculptural oeuvre shifted towards abstraction in the mid-1930s, his prints followed suit; colourful, geometric shapes predominate his works of this time. Calder died in 1976. 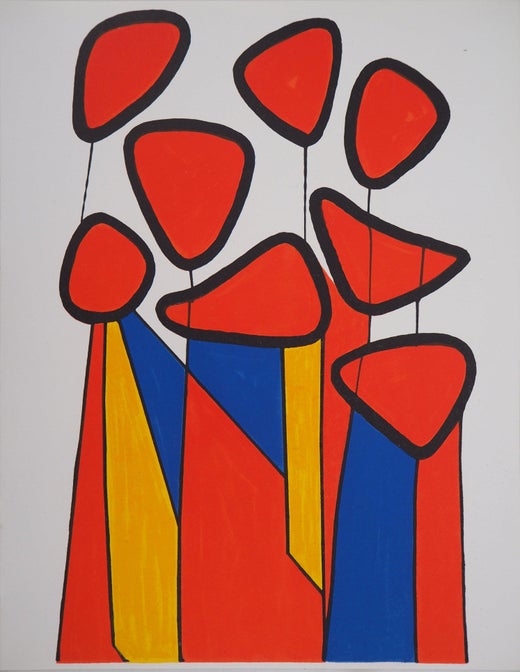 About the Seller
5 / 5
Located in London, United Kingdom
Recognized Seller
These prestigious sellers are industry leaders and represent the highest echelon for item quality and design.
Platinum Seller
These expertly vetted sellers are 1stDibs' most experienced sellers and are rated highest by our customers.
Established in 1964
1stDibs seller since 2015
61 sales on 1stDibs
Typical response time: 1 hour
Associations
Society Of London Art Dealers
More From This Seller

$1,669
P1.14
By Jean Feinberg
Located in London, GB
Gouache on Japanese paper. Unframed. This gouache paint on Japanese paper is a result of working with the accidental arrangements of found colored papers that are in piles all over ...
Category 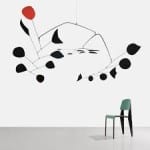