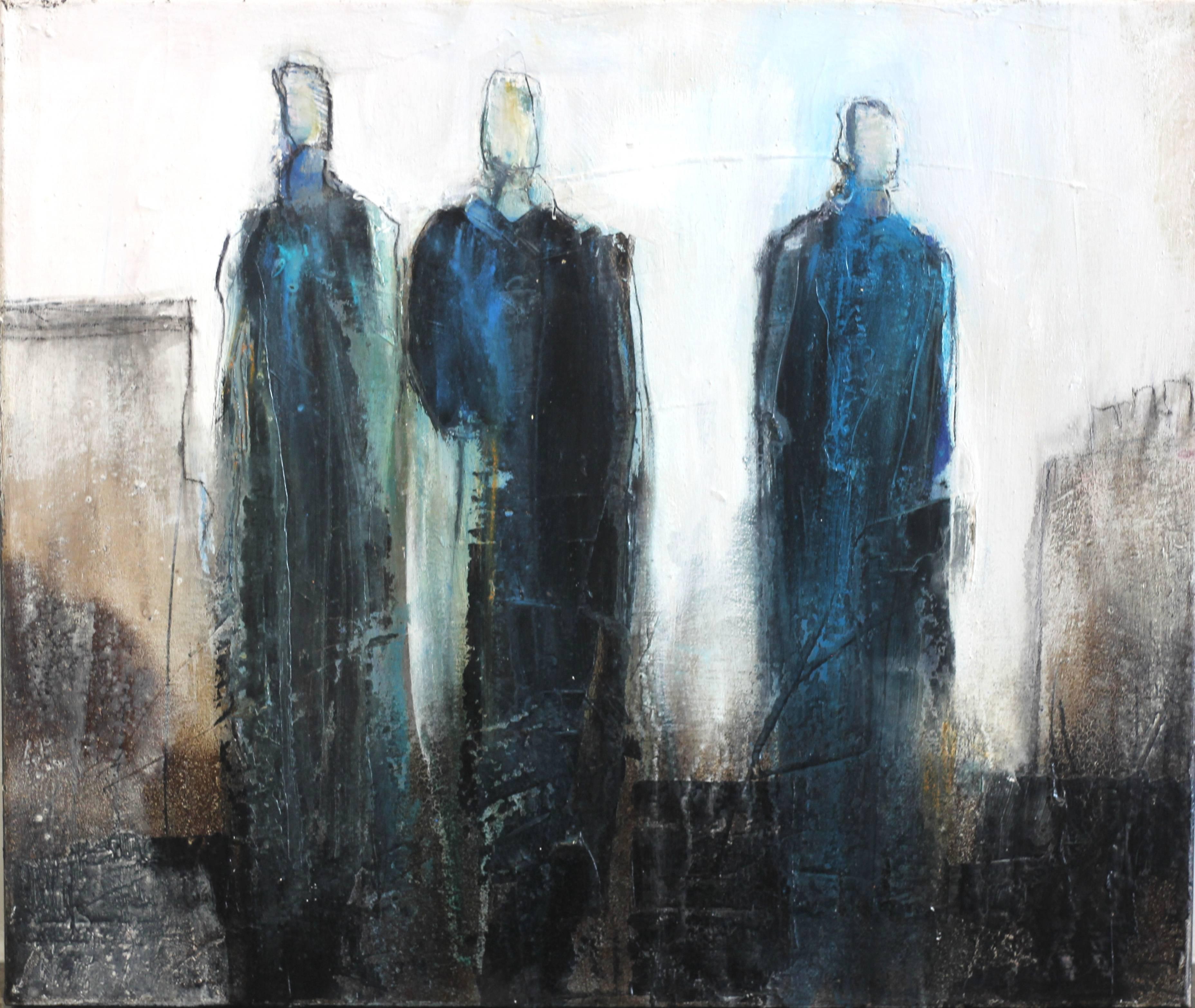 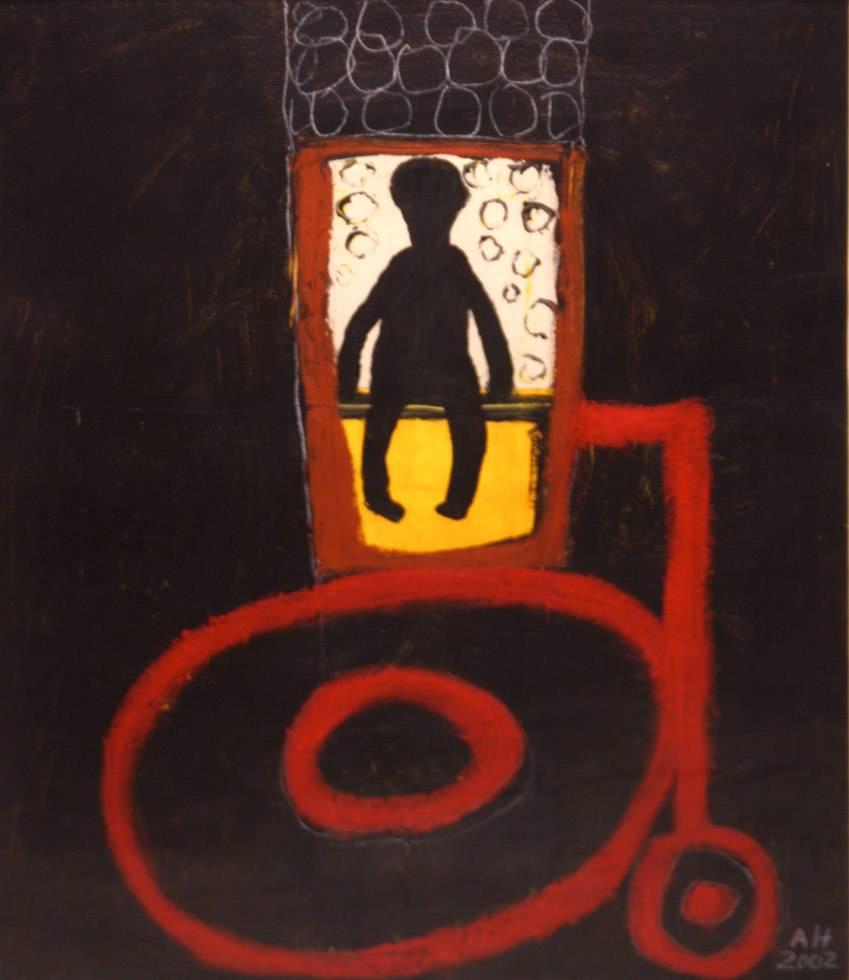 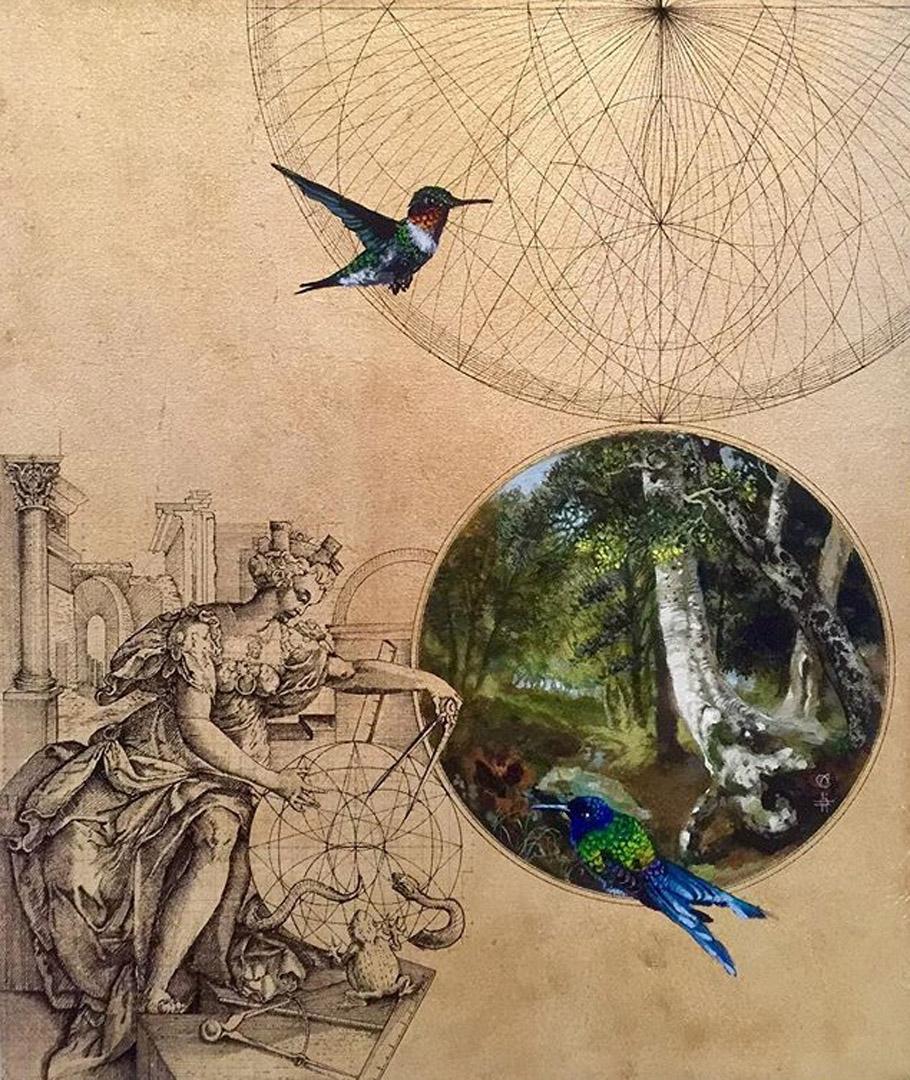 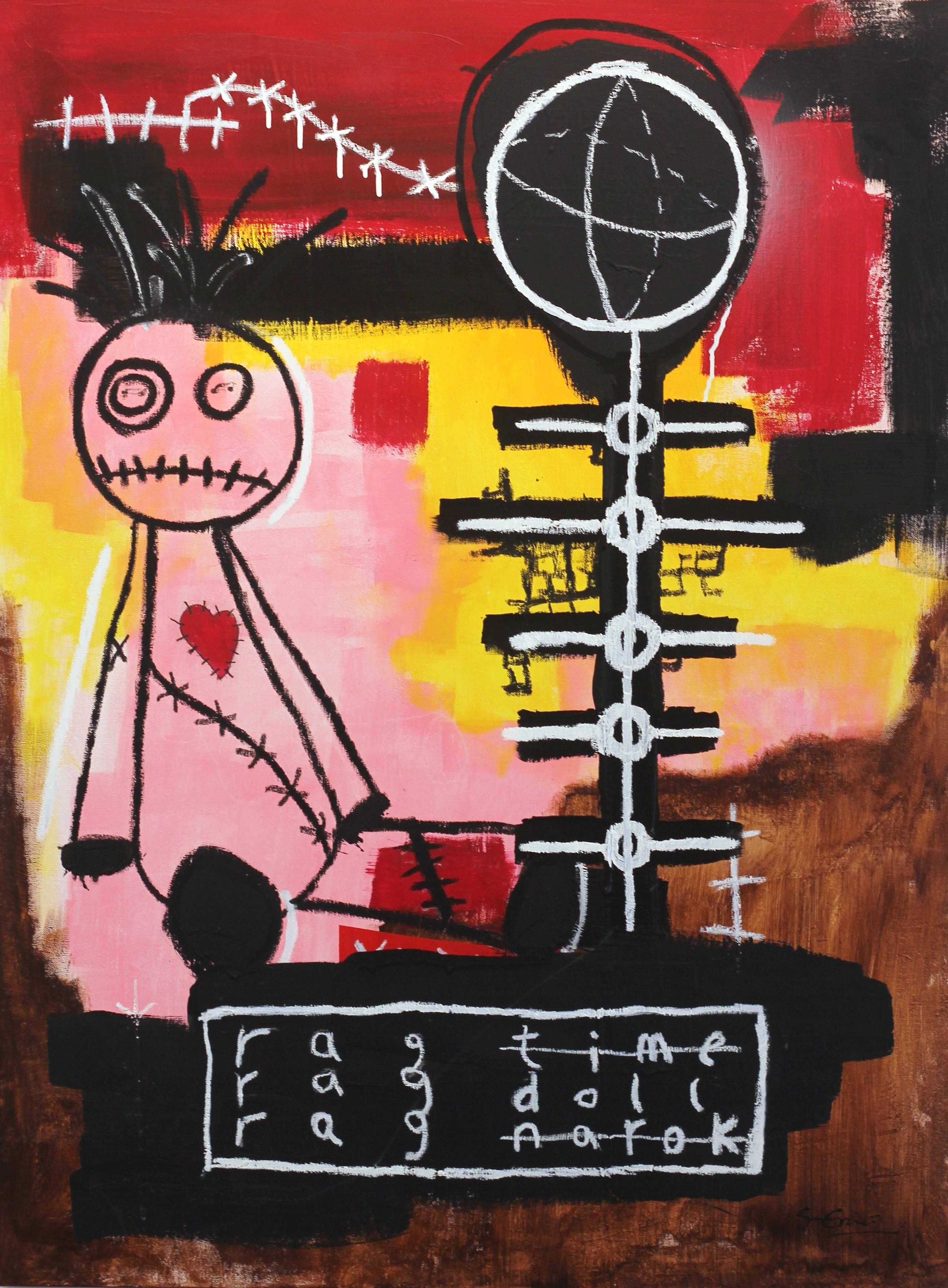 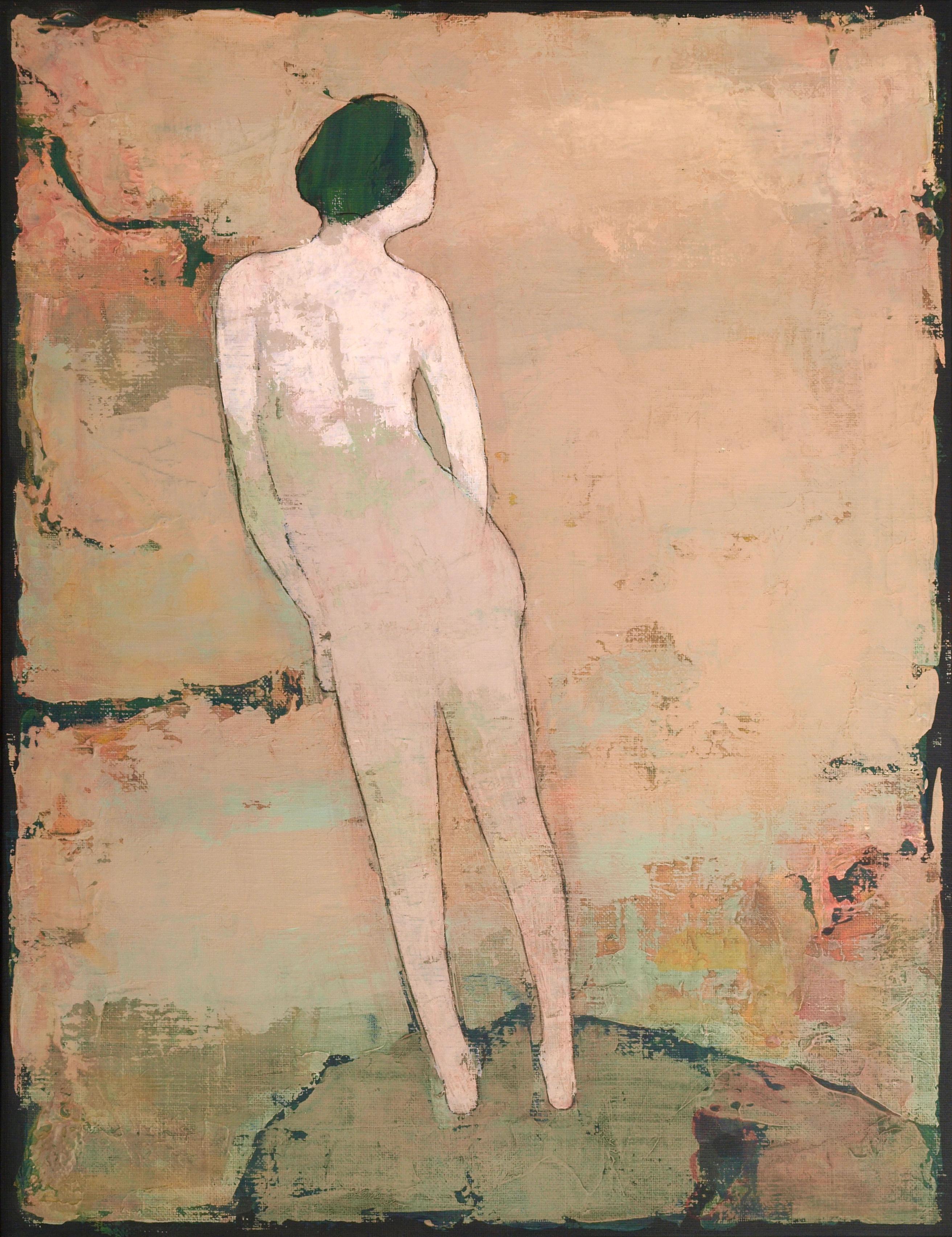 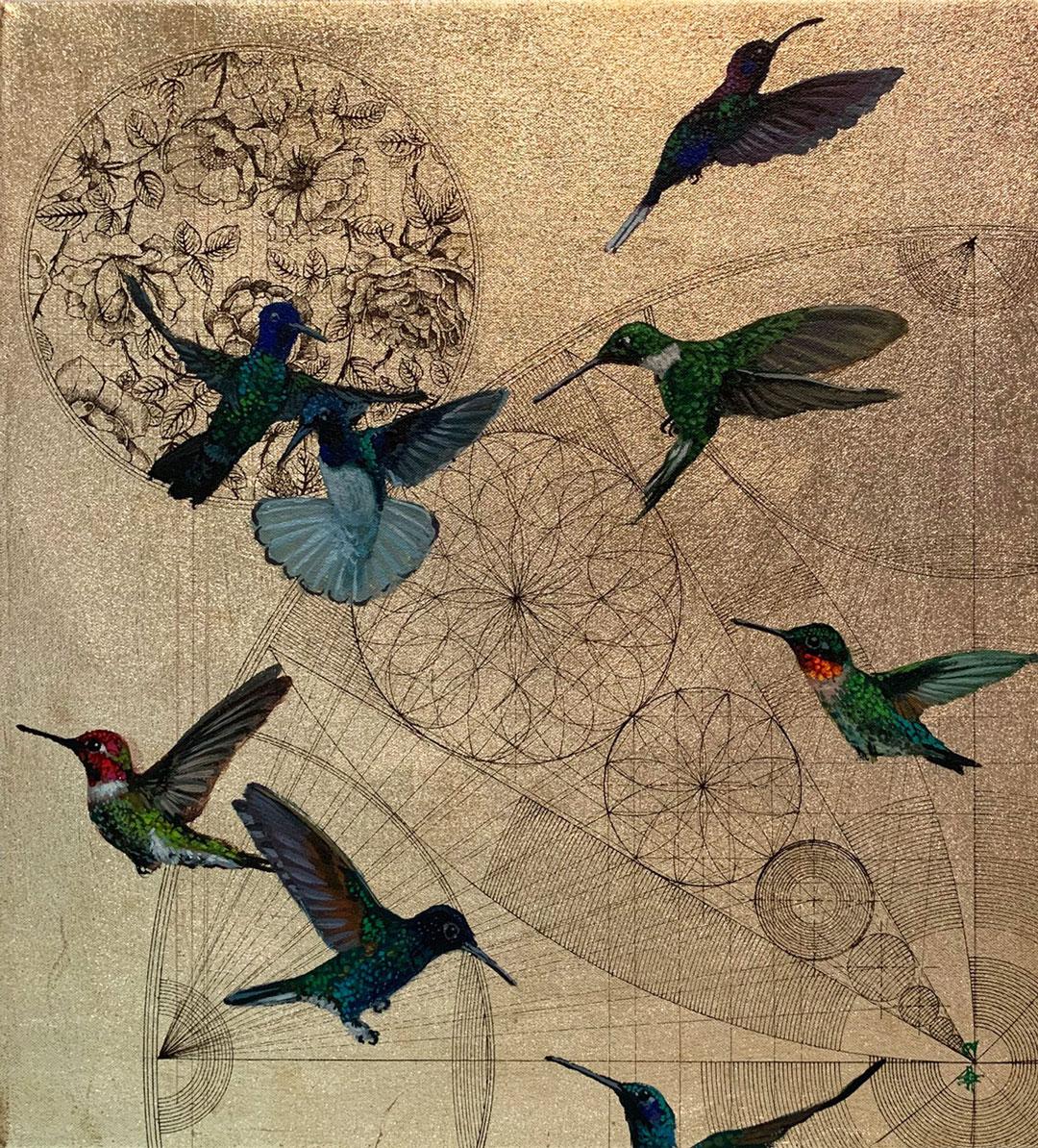 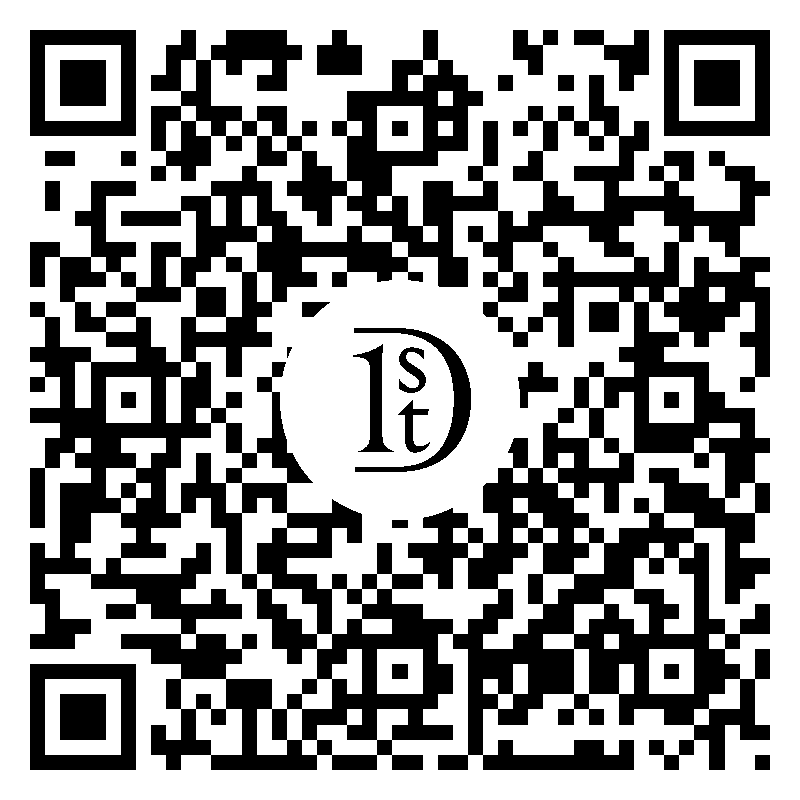 Prasanta Sahu - Mock Practice - 11 x 15 inches (unframed size) Mixed Media on paper Inclusive of shipment without frame. A set of 3 Lovely works by Ace Indian contemporary Artist Prasanta Sahu . Mock Practice : Figurative, black, brown, white Mixed Media by Contemporary Indian Artist Prasanta Sahu. Style : Commingling pictures and text, Sahu borrows motifs from the mass media. The black and white photographic images adopt a documentary style of address, presenting a snippet of everyday reality, such as we would be likely to find in a newspaper or magazine clipping. Yet, in Sahu's oeuvre, this process of citation operates on multiple levels. The artist is intensely aware of the pictorial surface of the canvas. Monochromatic pictures are contrasted with vividly painted areas and abrasions on the canvas form interesting textural motifs. However, in his work Sahu moves away from the high-modernist obsession with the formal properties of the painted surface. The paintings operate as performative gestures connecting the realms of art and society. For example, if Sahu draws attention to the materiality of the canvas through deliberately disfiguring its surfaces, the technique also highlights the symbolic importance of the image thus blemished. Violence is enacted on the pictorial surface, so that art is no longer the terrain of isolated intellectual pleasure, it becomes part and parcel of our social and political environment: both implicated in its aggression and a place for critique. As such, Sahu's painting functions as social commentary. Acutely conscious of the inherent conflicts in the urban condition, his works draw ironic, sometimes poignant, attention to its underlying brutality and cloaked hypocrisies. The crowd forms a familiar theme in his canvases. Through the depiction of its seething mass of faces, the artist analyses common human sentiments and the complicated relation between individual consciousness and collective deeds. About the Artist & his work : Born : 1968 in Orissa. Education : 1993-98 - B.F.A. in Painting from Kala-Bhavana, Visva- Bharati University, Santiniketan. 1998-2000 - M.F.A. in Painting from M.S. University, Baroda. Group Show : He has been a part of several group shows in Kolkata, Mumbai, New Delhi and Baroda during the last few years. Award : 2001 - Gold Medal for securing 1st position in Dept. of Painting, M.S. University, Baroda. 2000 - Nasreen Mohmudi Trust Award again for securing 1st position in M.F.A. from M.S. University, Baroda. 1997 - Camlin Award for securing 1st position at B.F.A. level at Kala- Bhavana, Santiniketan. 1995 - 1st prize at the Eastern Print Biennale, by Eastern Zonal Cultural Center, Kolkata. 1996-98 - National Scholarship of the Ministry of Human Resource and Development, Govt. of India. 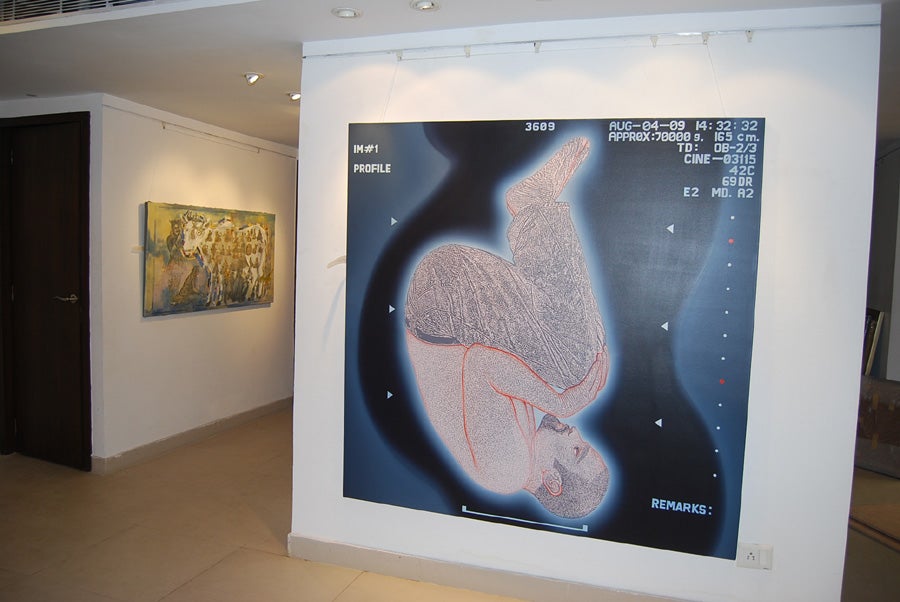 About the Seller
4.9 / 5
Located in Kolkata, India
Vetted Seller
These experienced sellers undergo a comprehensive evaluation by our team of in-house experts.
Established in 2004
1stDibs seller since 2017
71 sales on 1stDibs
Typical response time: 17 hours
More From This Seller

$2,900
Her Own Freedom
By Martina Niederhauser
Located in Los Angeles, CA
Internationally acclaimed artist Martina Niederhauser takes on new perspectives on women that delve into issues of feelings, beauty, identity, and the deeper layers of relationships ...
Category

Martina Niederhauser
Her Own Freedom, 2020

$2,900
The Secret Ingredient Is Always Love
By Martina Niederhauser
Located in Los Angeles, CA
Internationally acclaimed artist Martina Niederhauser takes on new perspectives on women that delve into issues of feelings, beauty, identity, and the deeper layers of relationships ...
Category

$3,100
With All My Heart
By Martina Niederhauser
Located in Los Angeles, CA
Internationally acclaimed artist Martina Niederhauser takes on new perspectives on women that delve into issues of feelings, beauty, identity, and the deeper layers of relationships ...
Category

Martina Niederhauser
With All My Heart, 2021