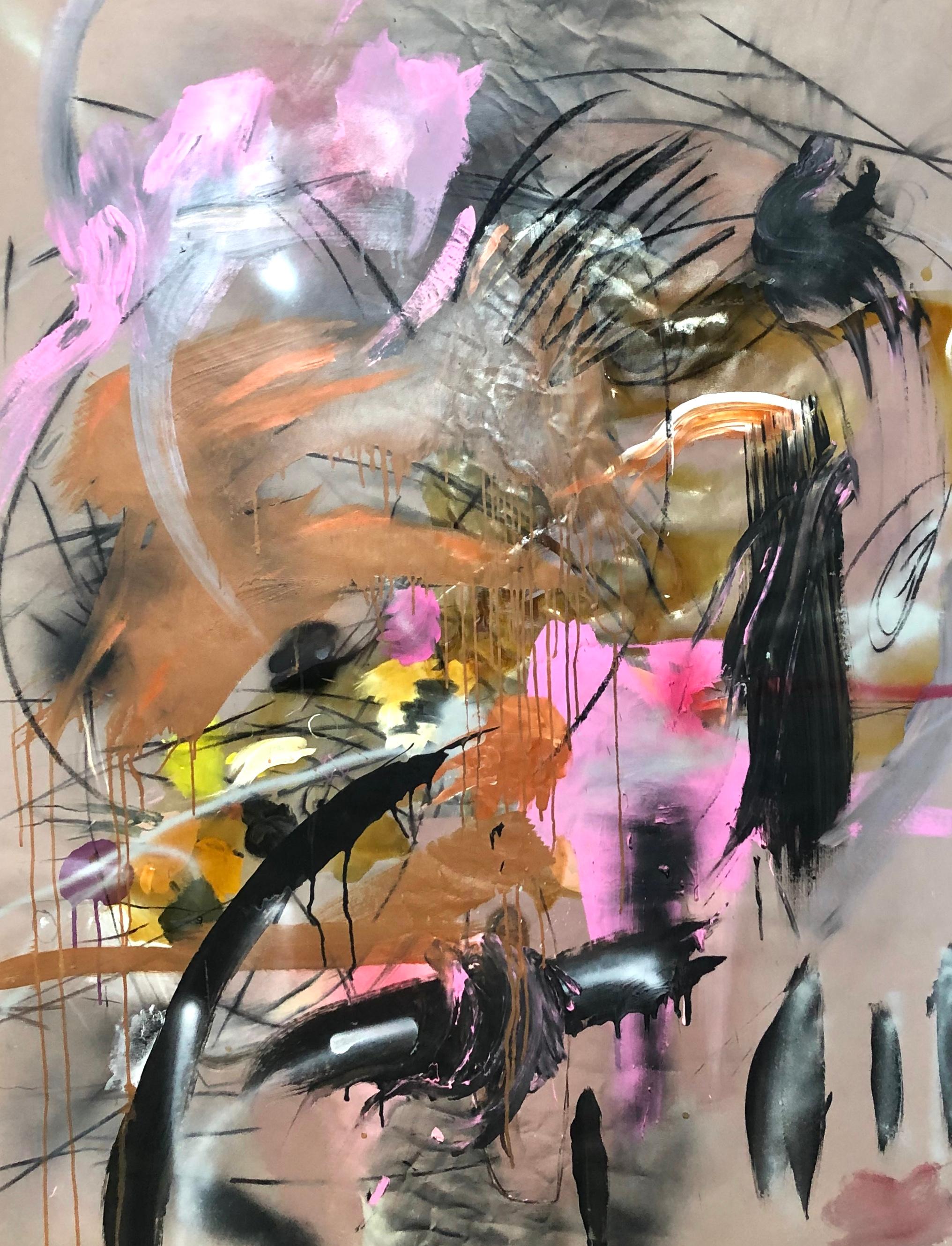 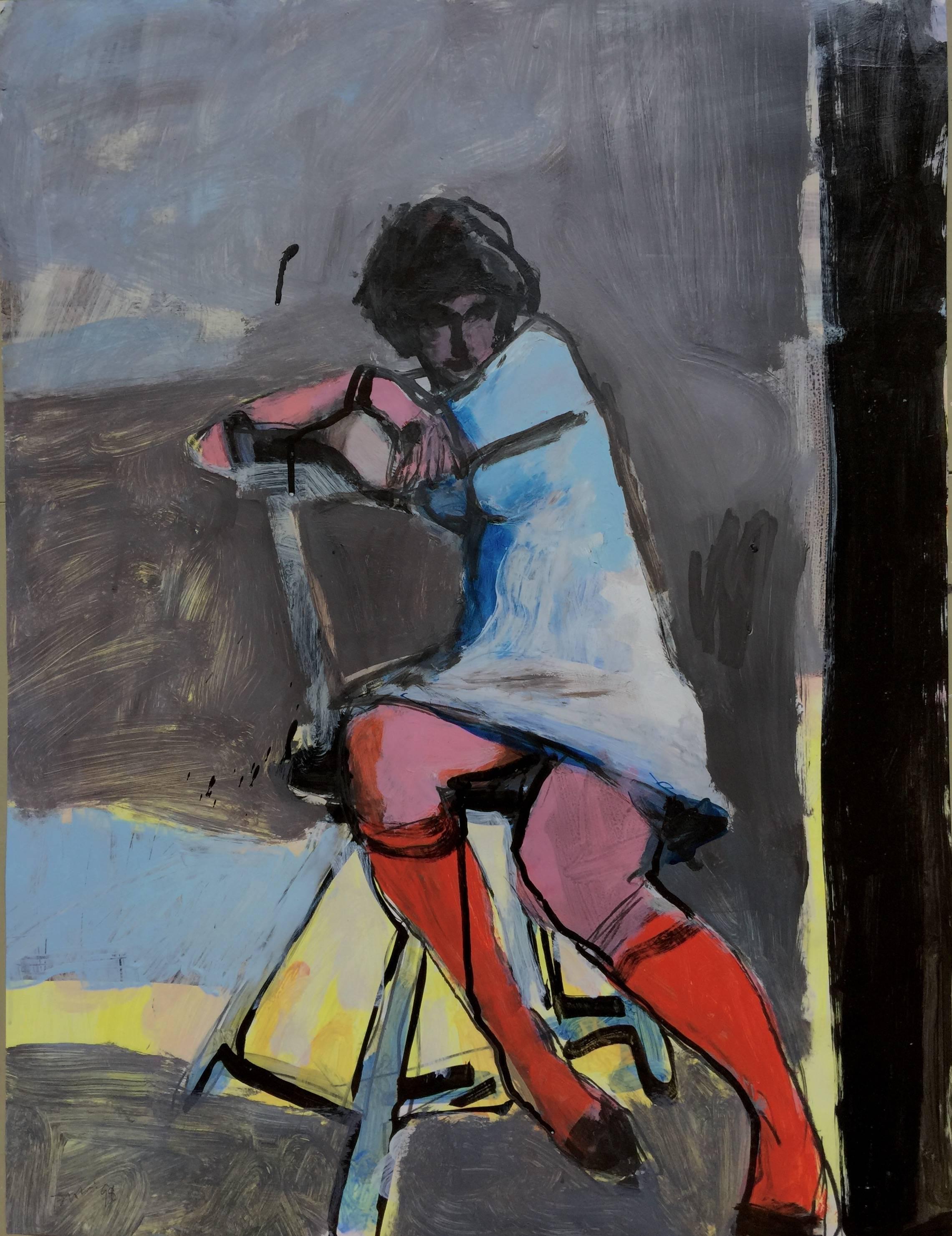 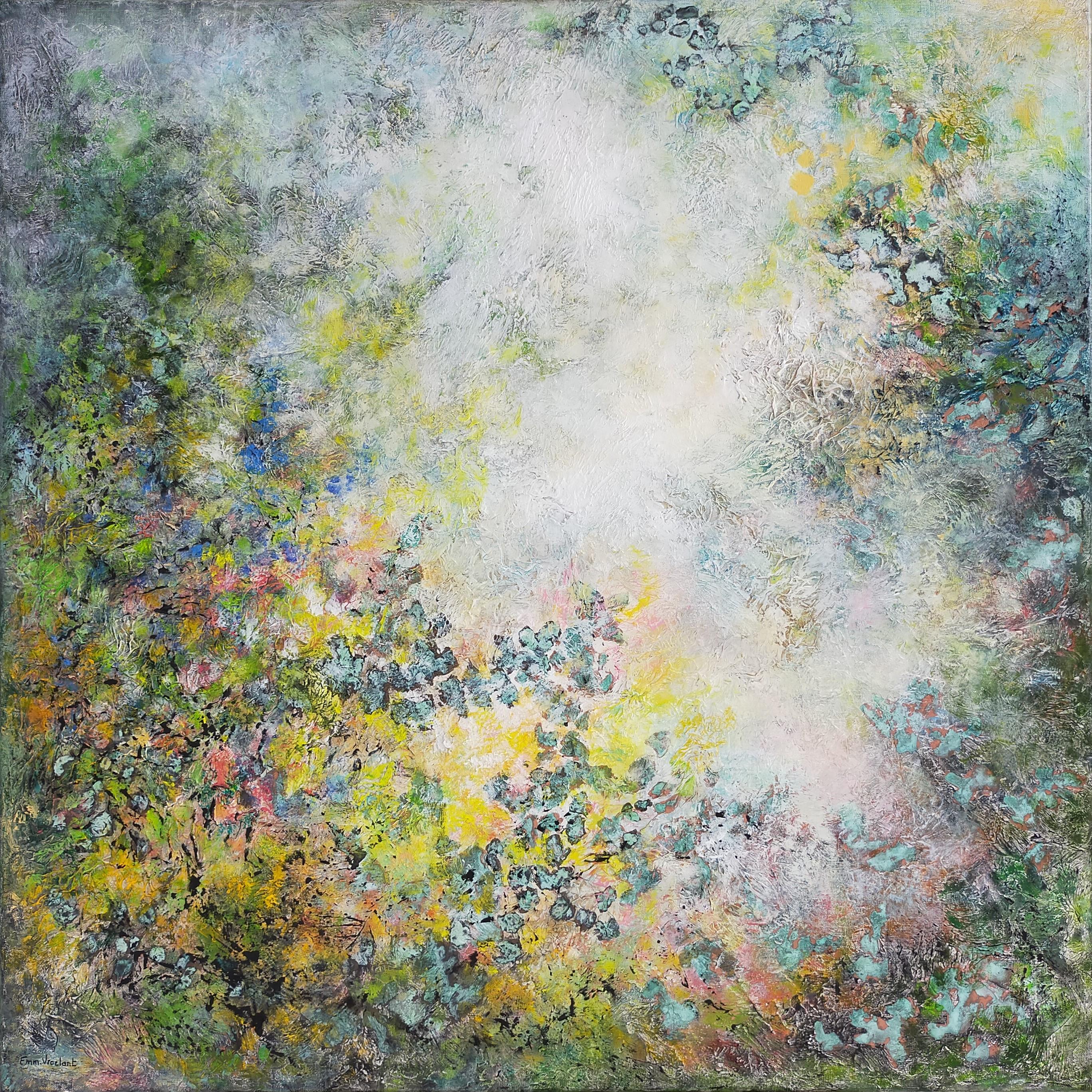 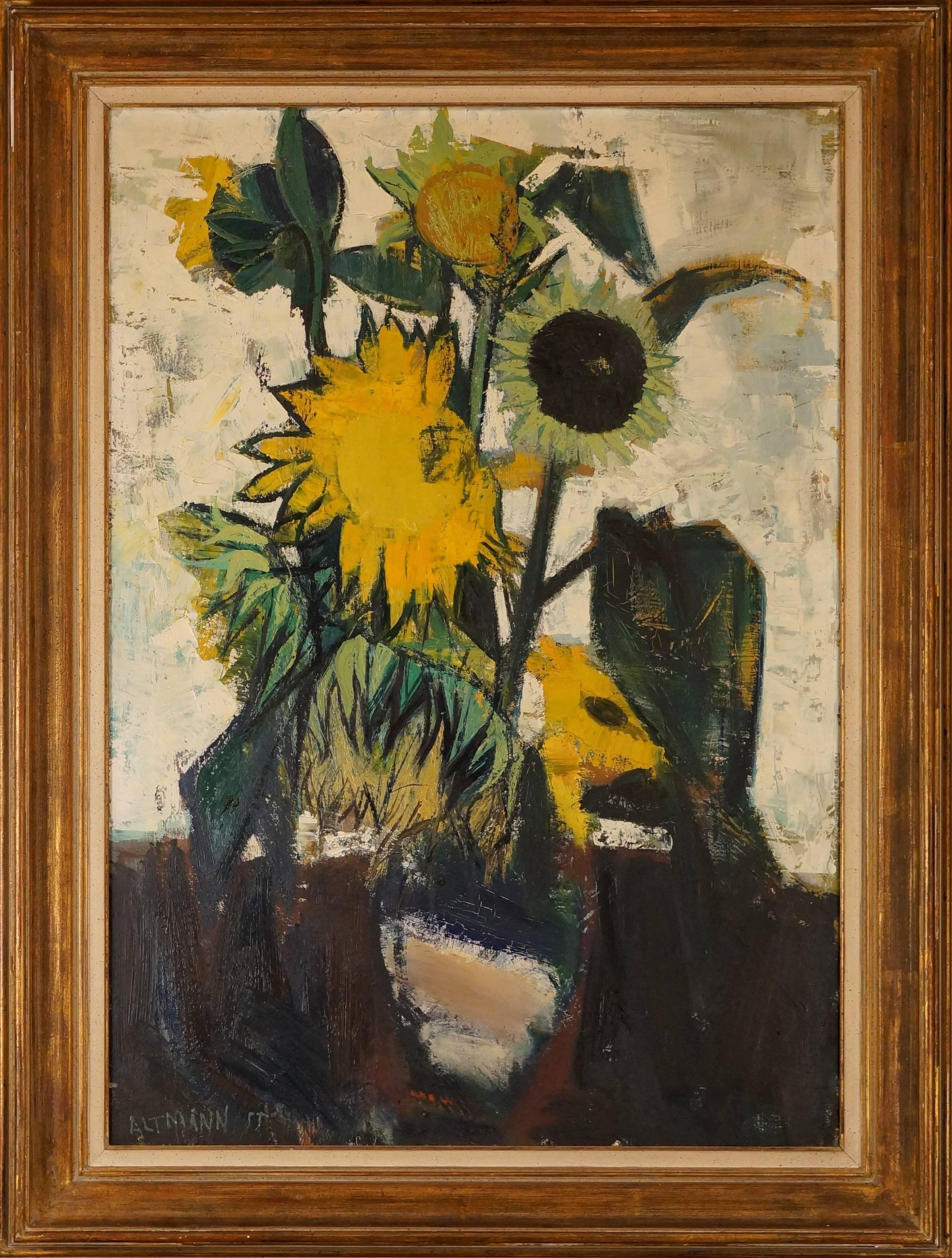 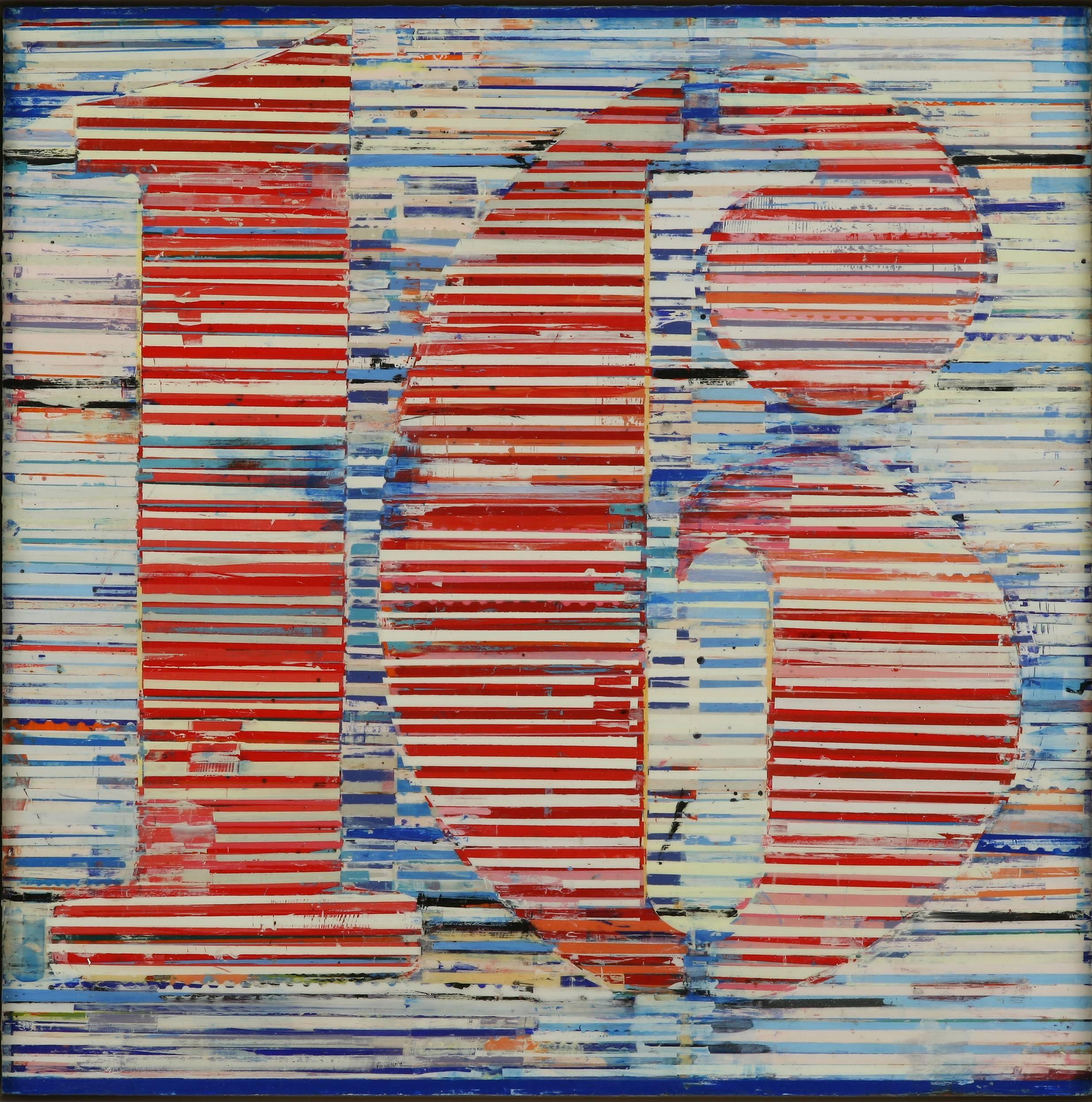 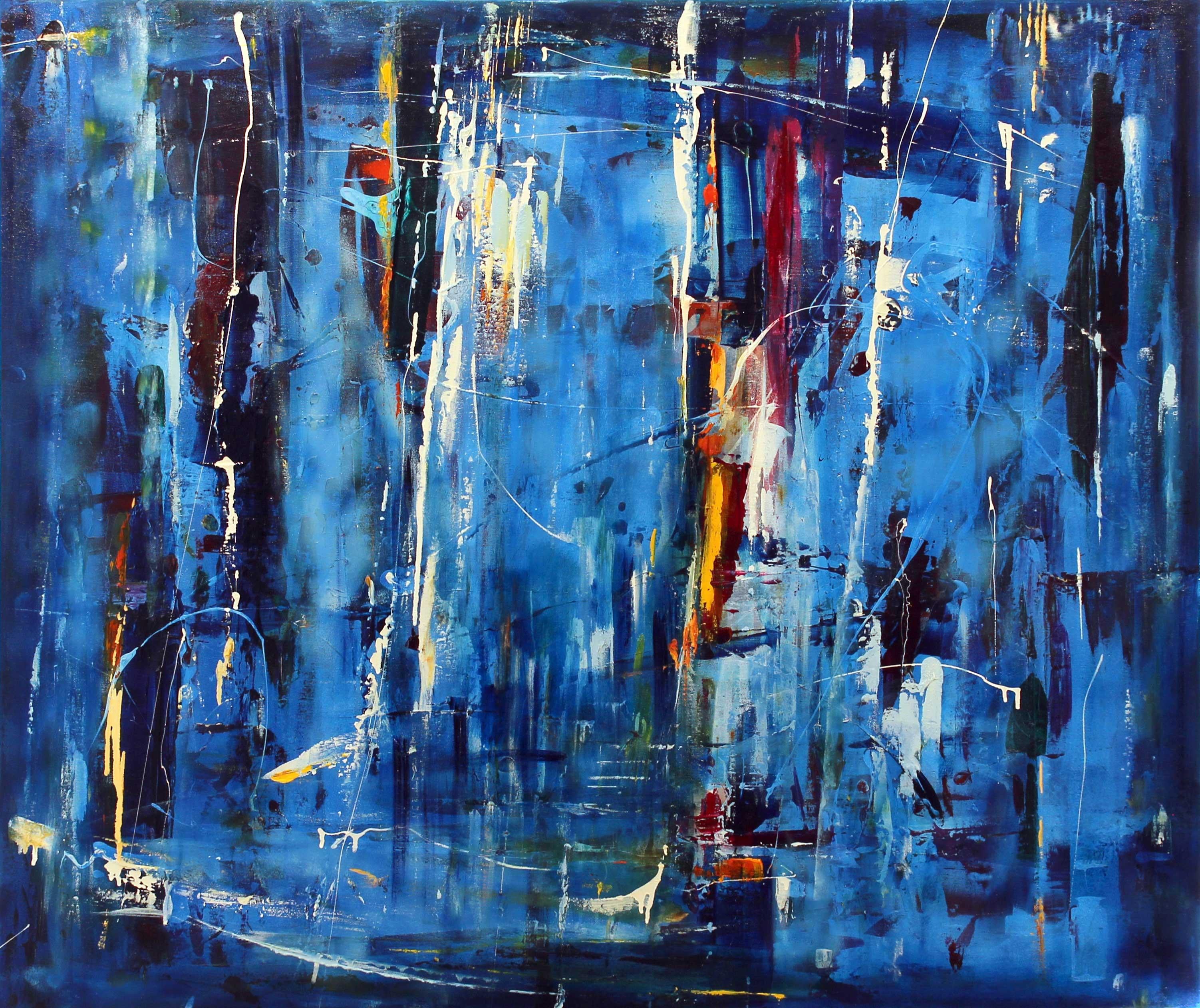 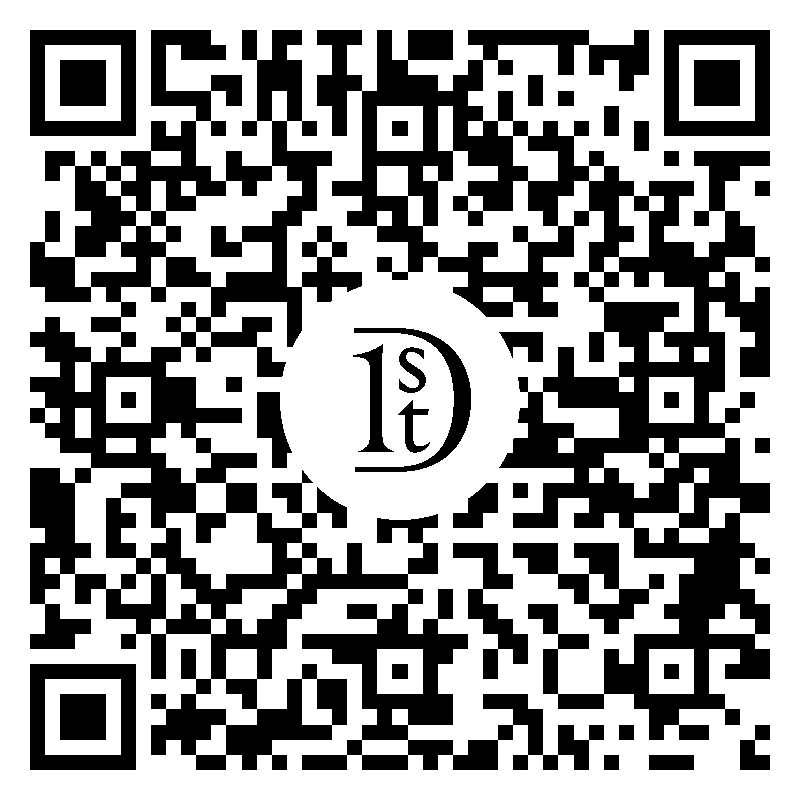 Abstracted imagined architectural elements - straw containers - is this early and important mainly acrylic painting with mixed media: ink, gouache, colored pencils on paper, from 1992. Kim Frohsin's "Year of the Ruler". Complimentary professional framing available upon request. The paper dimension is.23 1.4 x 34 1/2 inches. If framed, the work will float within a minimal light wood frame under UV plexiglass. Approximate outer frame dimension will be 27 1/4 x 38 1/2 inches. The painting is artist signed front and verso, along with title and year created. Condition is excellent. Artwork ships within 4 days unless you choose to frame it, in which case please allow 3 weeks. Kim Frohsin, who is often associated with the Bay Area Figurative movement, began exhibiting in the San Francisco Bay Area in the early 1990s, and in 1993 was included with Nathan Olivera, Manuel Neri and Stephen De Staebler in an exhibit of "Four Figures from the Bay." With Wayne Thiebaud as the juror, she won the California Society of Printmakers' Award in 1996, and the following year exhibited at the de Young Museum in San Francisco in "Bay Area Art: The Morgan Flagg Collection." Frohsin is a multidisciplinary visual artist, who is at home with painting, drawing, monoprintIng, and mixed media. Her subjects include the female figure as well as mundane ''objects" and series — including ‘Cautionary Tales’ and ‘Portraits of Numbers’— that attract her attention, and which are most often autobiographical in nature. From Andra Norris Gallery, Ca. 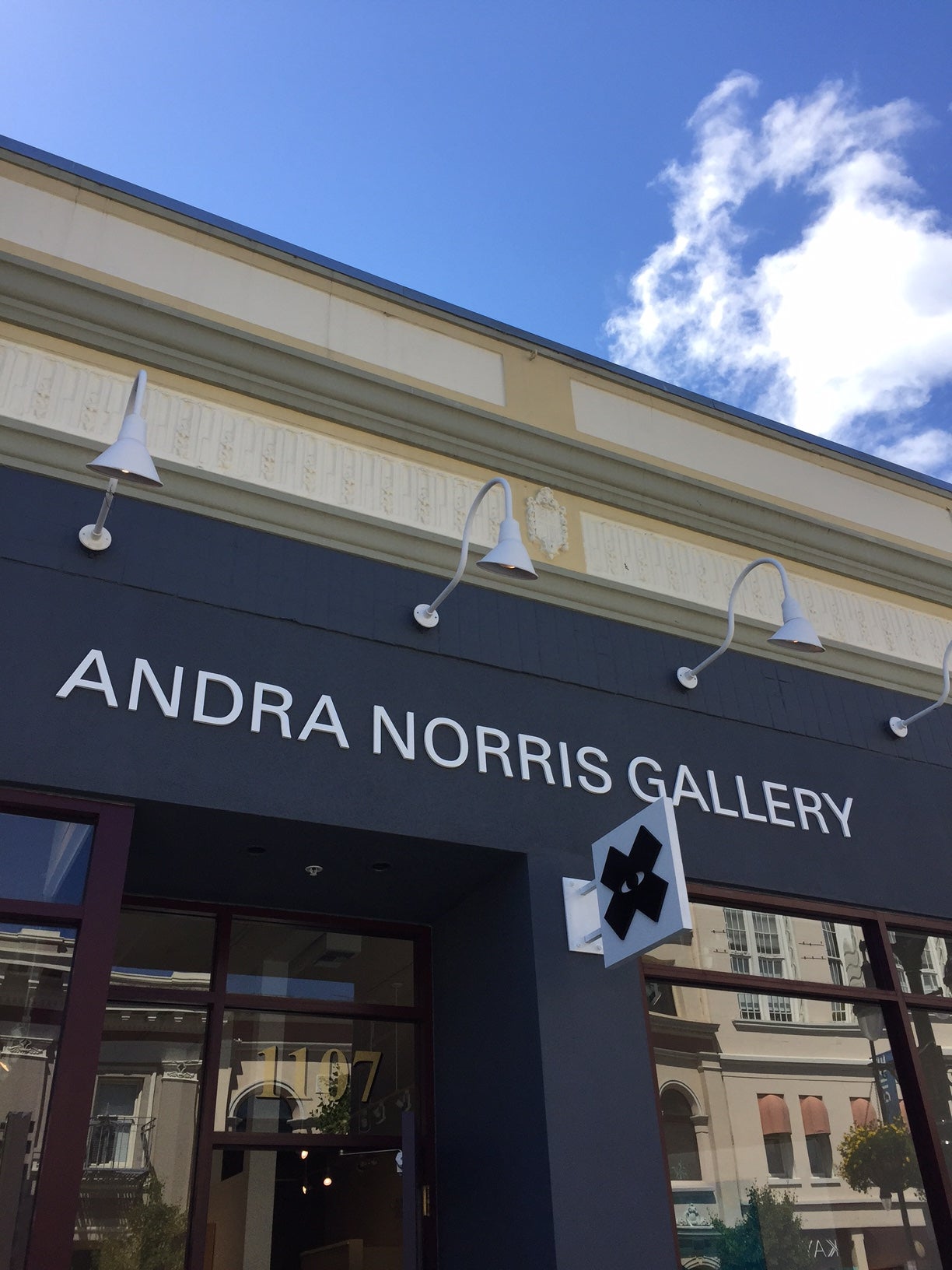 $630
CMYK, Mixed Media Abstract Diptych of Smooth Curves in Pink, Yellow and Blue
By Kind of Cyan
Located in Barcelona, ES
This is a unique mixed media piece: it is a diptych of hand-painted colorful shapes combined with cyanotype prints of organic latyers, giving it a modern, abstract geometric feel tha...
Category