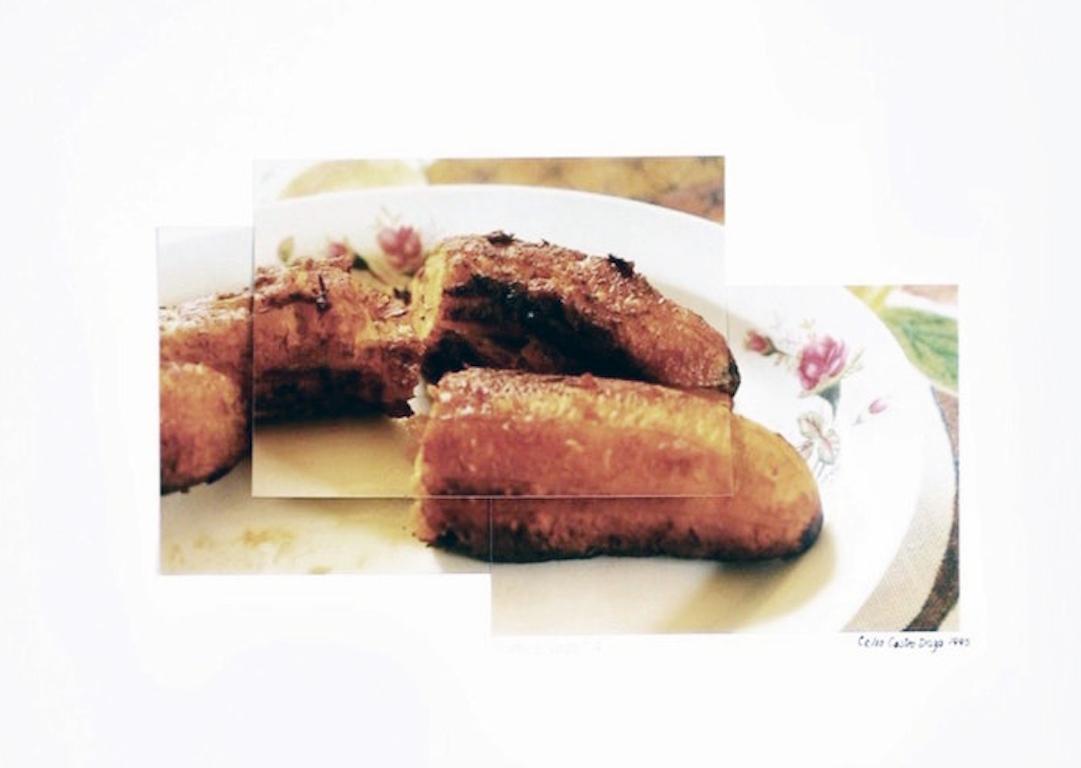 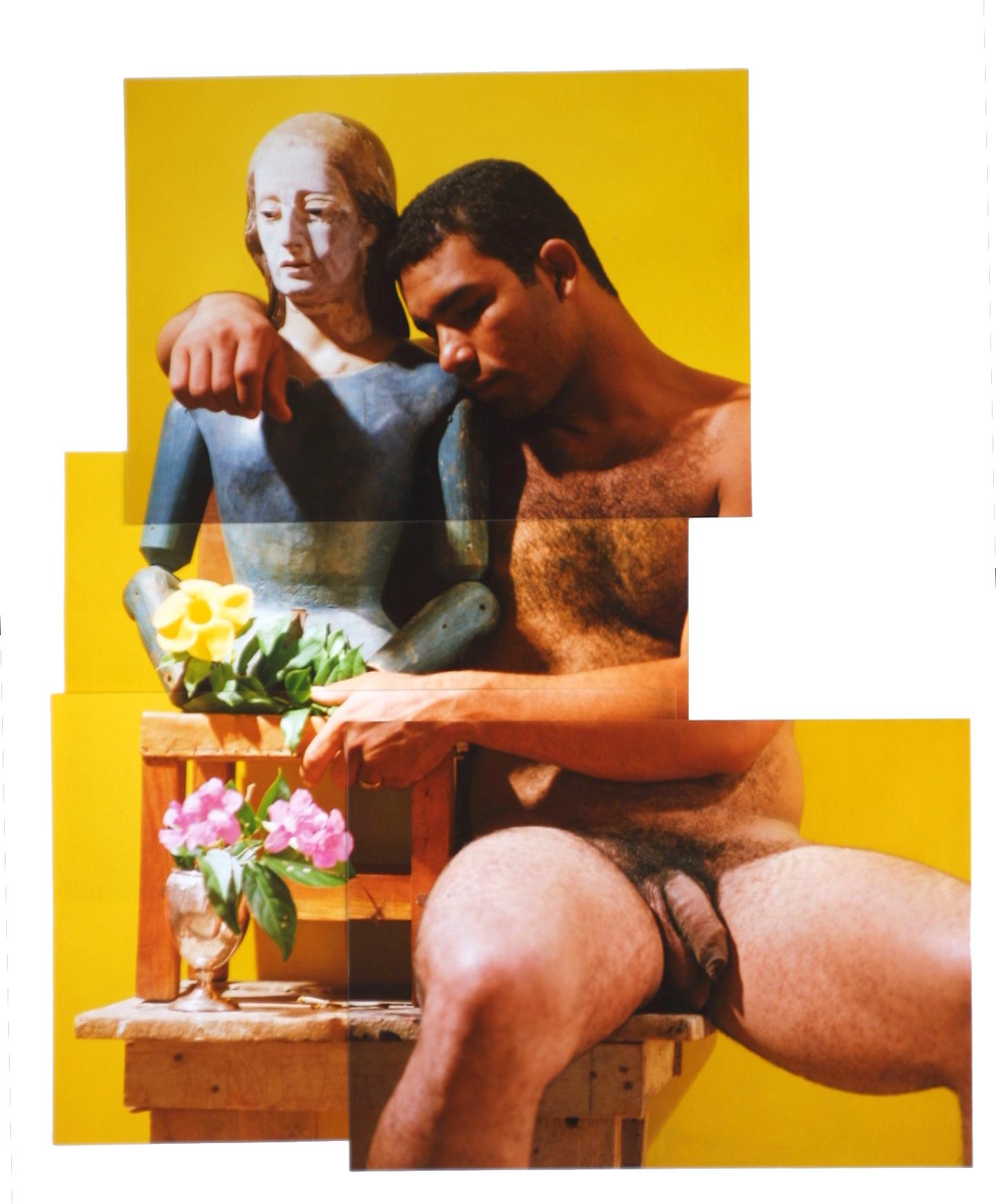 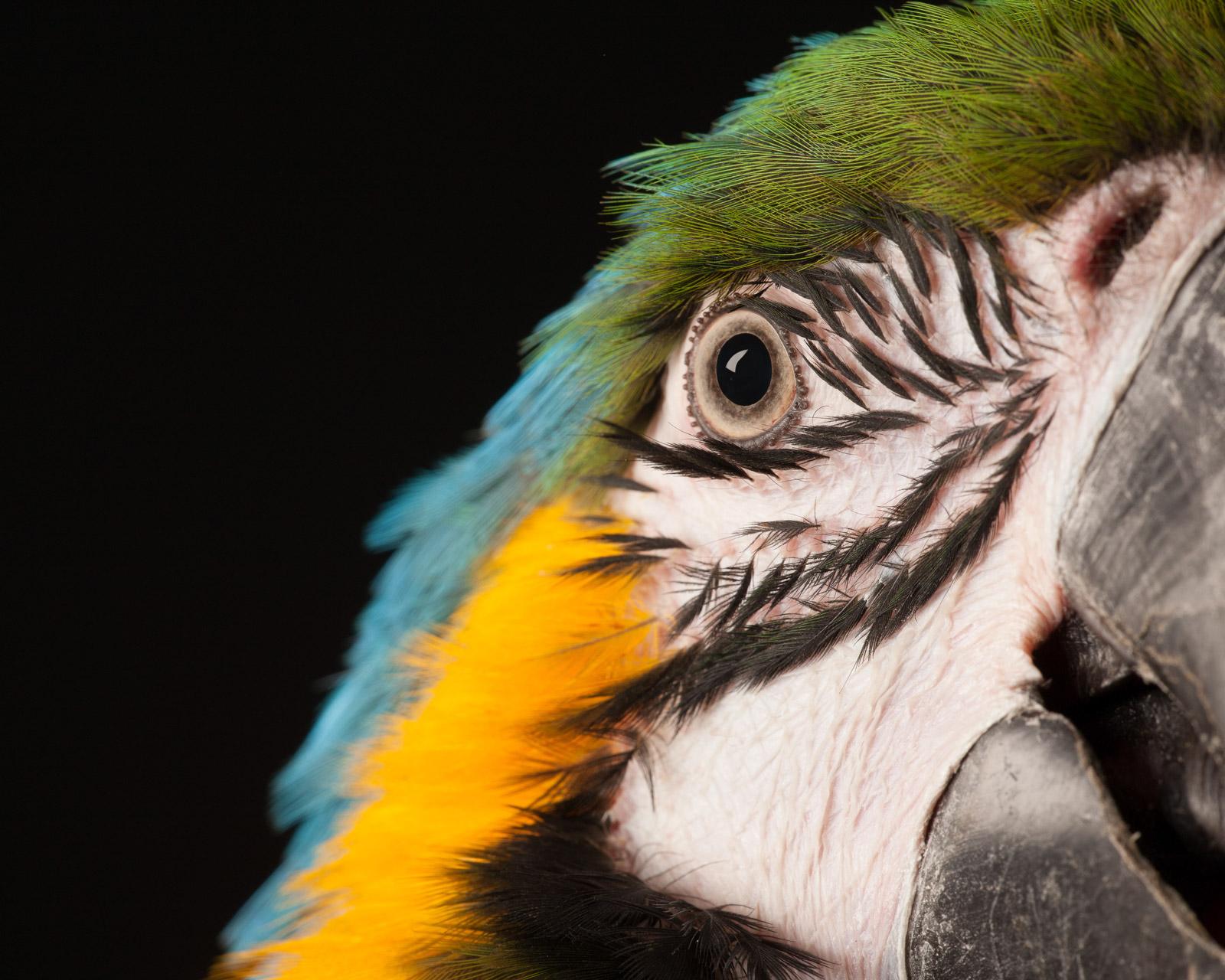 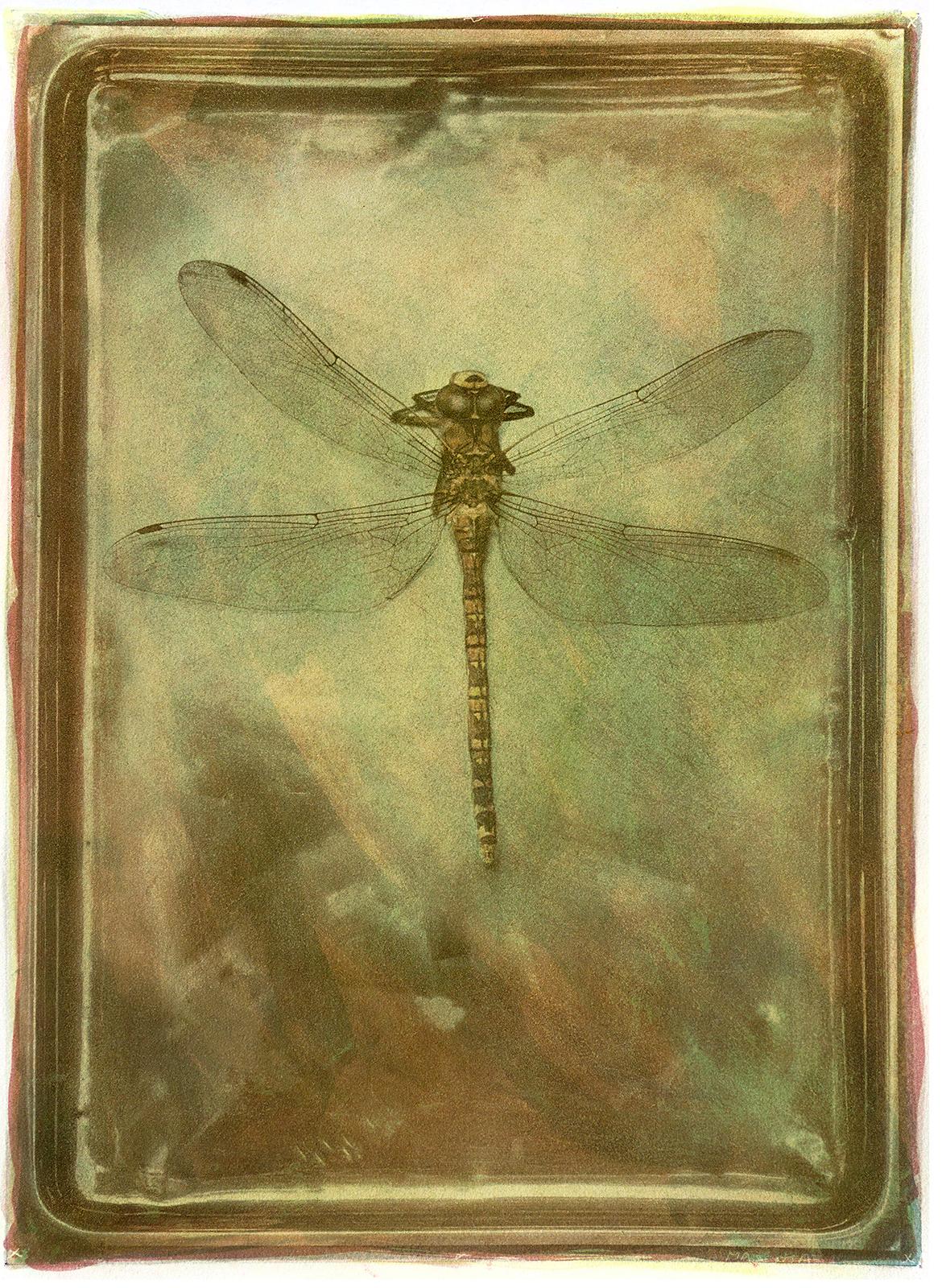 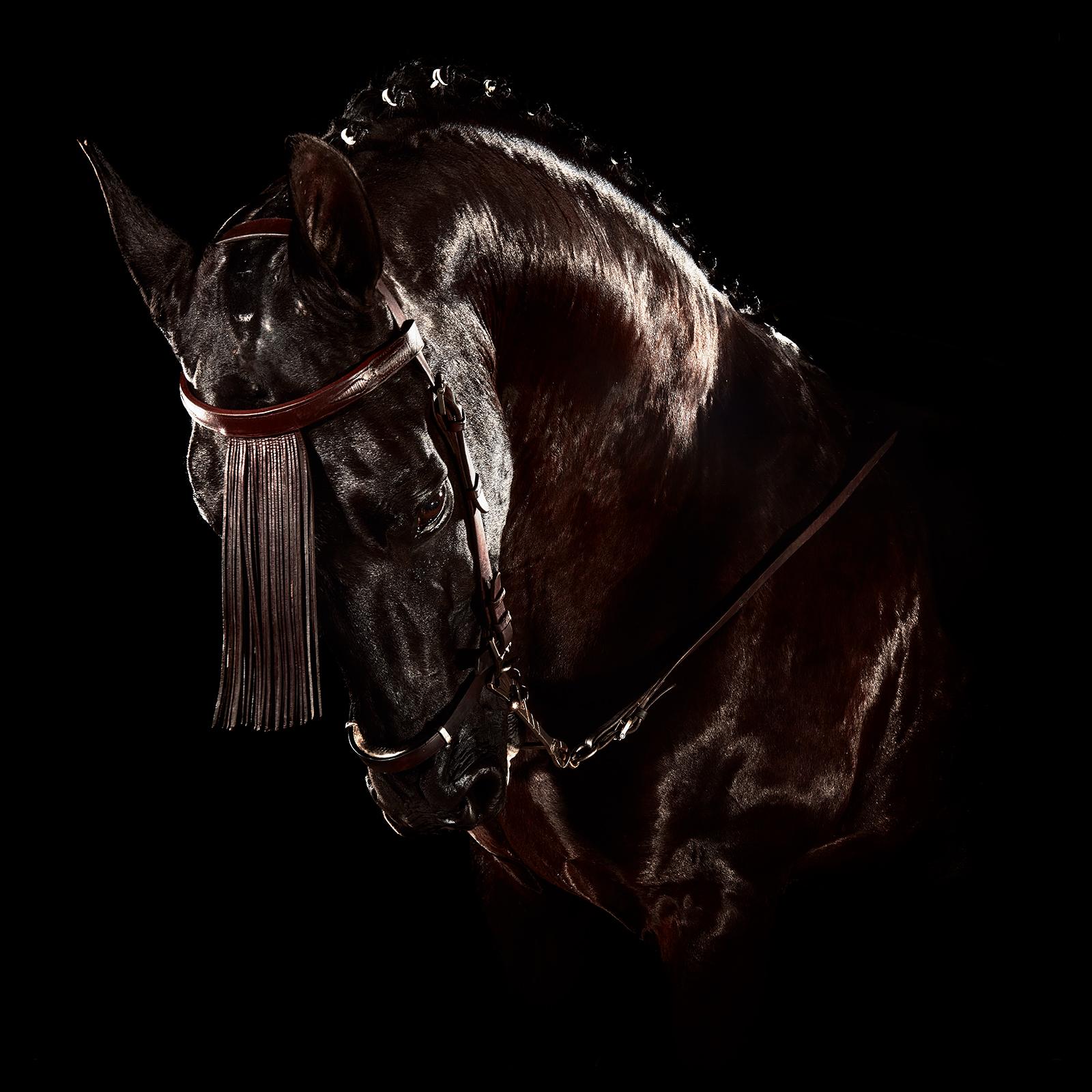 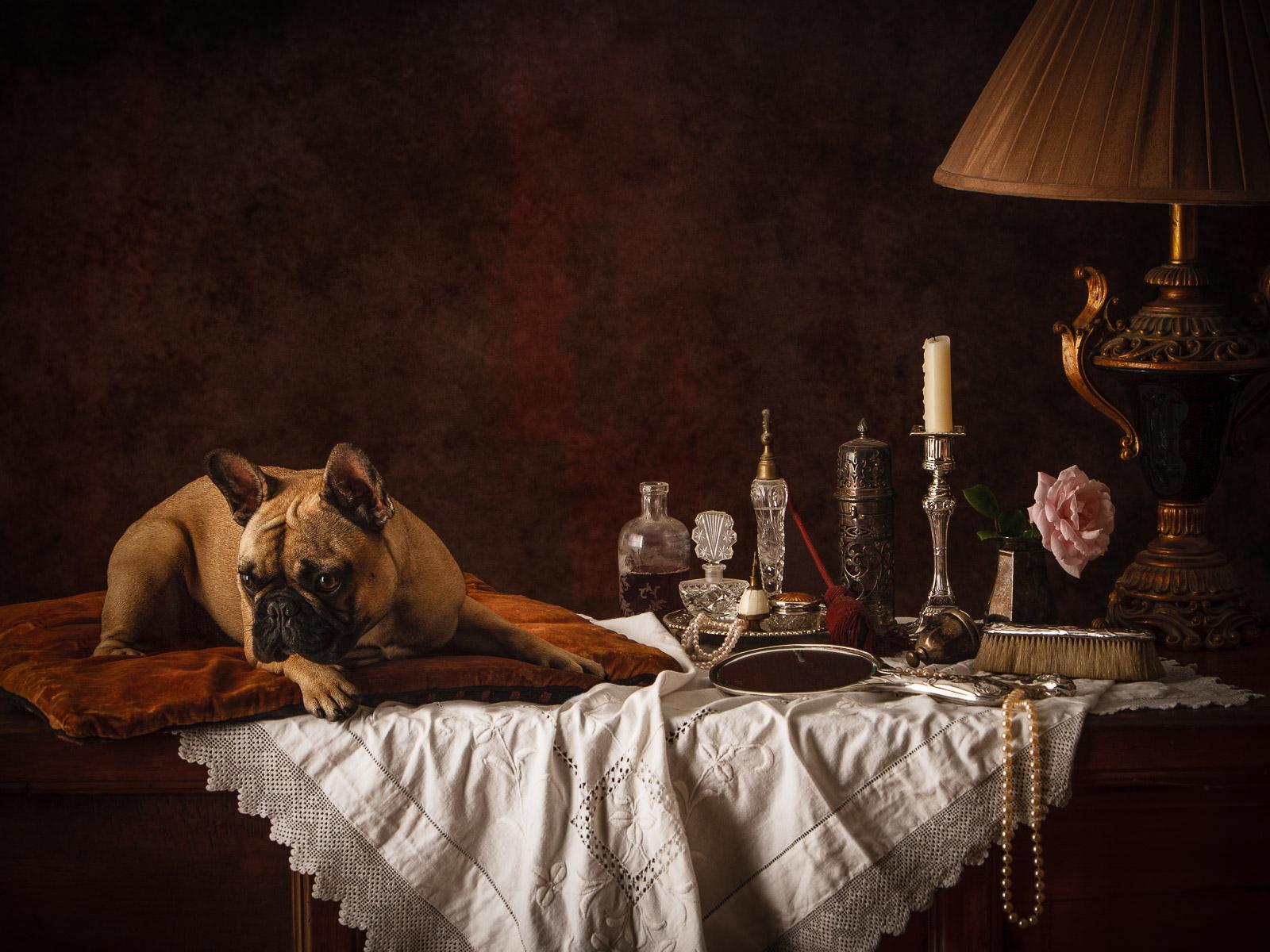 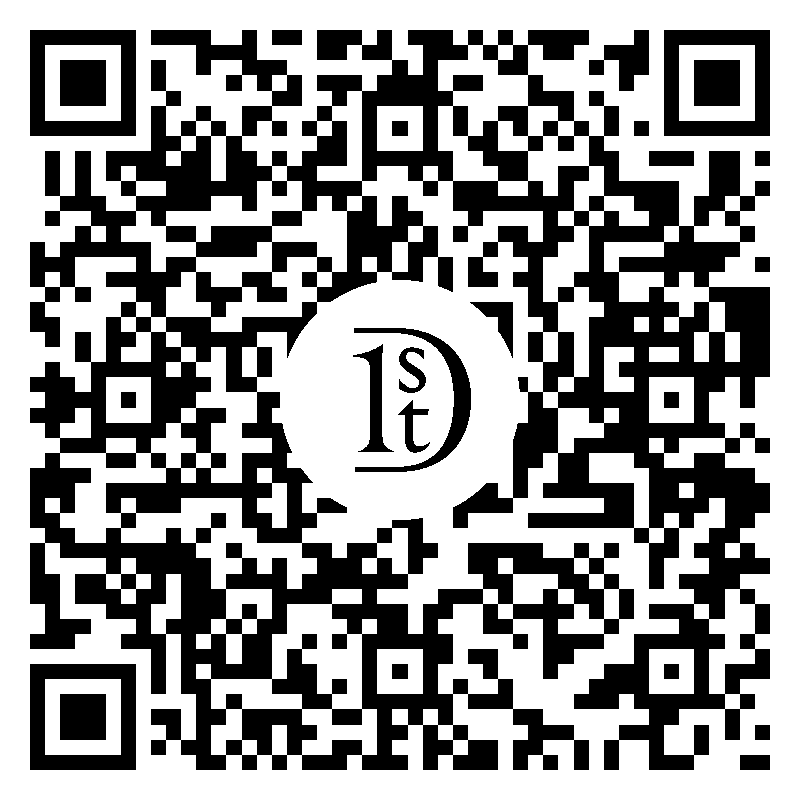 Platanos en Tentación by Celso Castro Daza One of a kind photo collage Sheet size: 26 in. H x 20 in. W 1995 Unframed The root of these unique photographic works by the artist Celso Castro occurred when the artist returned from Italy to live back in Colombia in 1987. Castro wanted to produce from the photographs he took with his camera larger versions of those pieces, but having only registered his models with a single photograph it was impossible to achieve, given this need he adopts the language of fractionation completing the message he wants to transmit through his work. Castro perfected his technique throughout the years, now on he takes numbers of photographs of his subject, which are then assembled to conform a unique photo collage without distortion of the main image, gluing all the images on a single sheet of archival paper, the final work consisted of the perfect graduation of many photographs to achieve his monumental man. ____________ Undefined by medium, Celso Castro’s works each carry the presence of the artist’s hand through the transparency of their process. Castro’s oeuvre is strongly divided between his photomontage assemblies and watercolor paintings: the prior is marked by the labor-intensive deconstruction of portrait photographs and the latter, by the seemingly frenzied recreation of a past encounter rendered in the drips and scribbles of paint and ink. Both discriminating in what they reveal of the subject, his photomontage and watercolor portraits exude raw sexuality through the combination of Castro’s mark-making and gaze. Celso Castro’s work is a bare-bulb erotic photo foray into the underbelly of Colombia’s drug world. Castro’s labor-intensive, photo-collage works of drug kingpins, smugglers, hitmen, countrymen, street vendors, soldiers, paramilitaries, kidnappers, and pimps pose showing with pride their erect penises to the voyeuristic viewer. They look back at us with a shameless stare. They play the game that moves between vanity and seduction. Celso Castro was born in Valledupar, Colombia. He has a BFA from the Pratt Institute and has exhibited extensively in Latin America and the U.S.

1stDibs Buyer Protection Guaranteed
If your item arrives not as described, we’ll work with you and the seller to make it right. Learn More
About the Seller
4.8
Located in Miami Beach, FL
Vetted Seller
These experienced sellers undergo a comprehensive evaluation by our team of in-house experts.
Established in 2000
1stDibs seller since 2016
164 sales on 1stDibs
Typical response time: 1 hour
More From This Seller