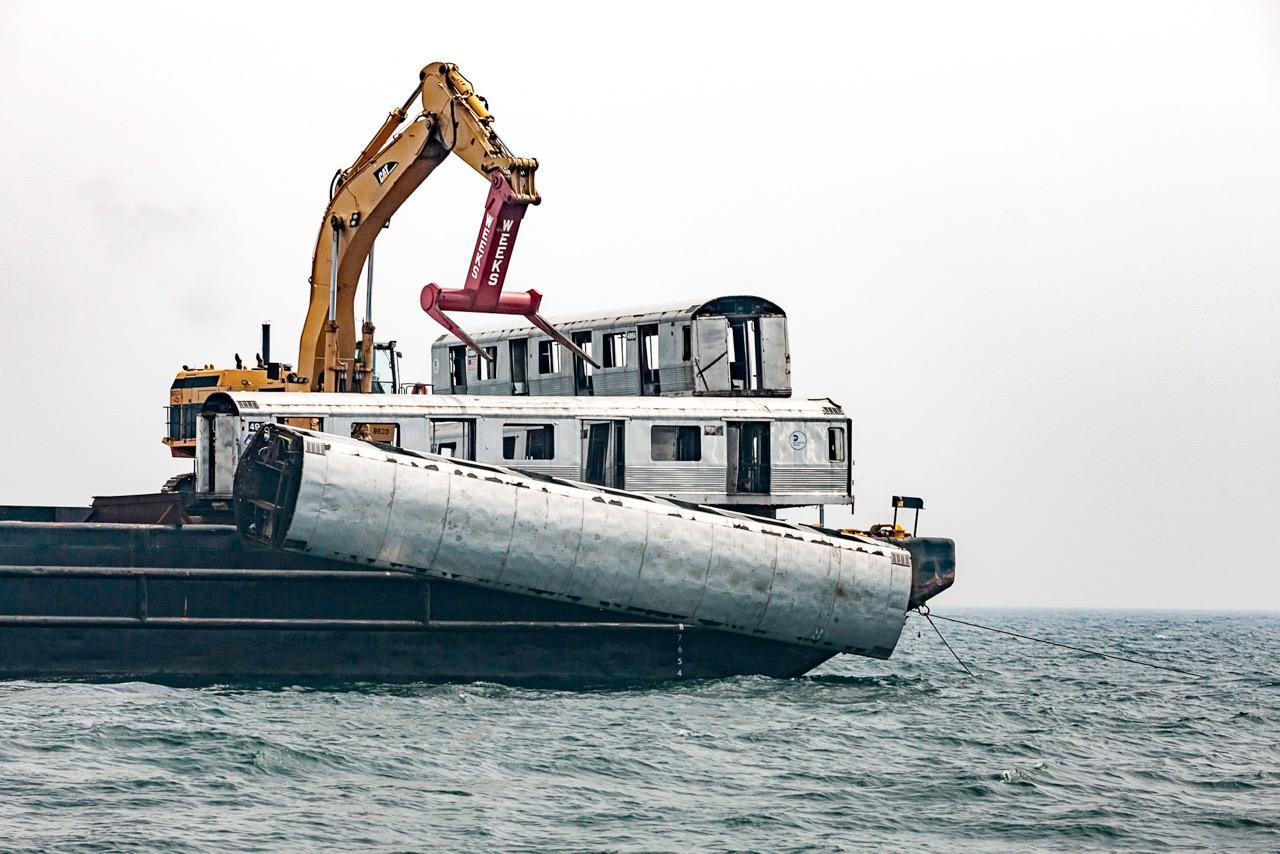 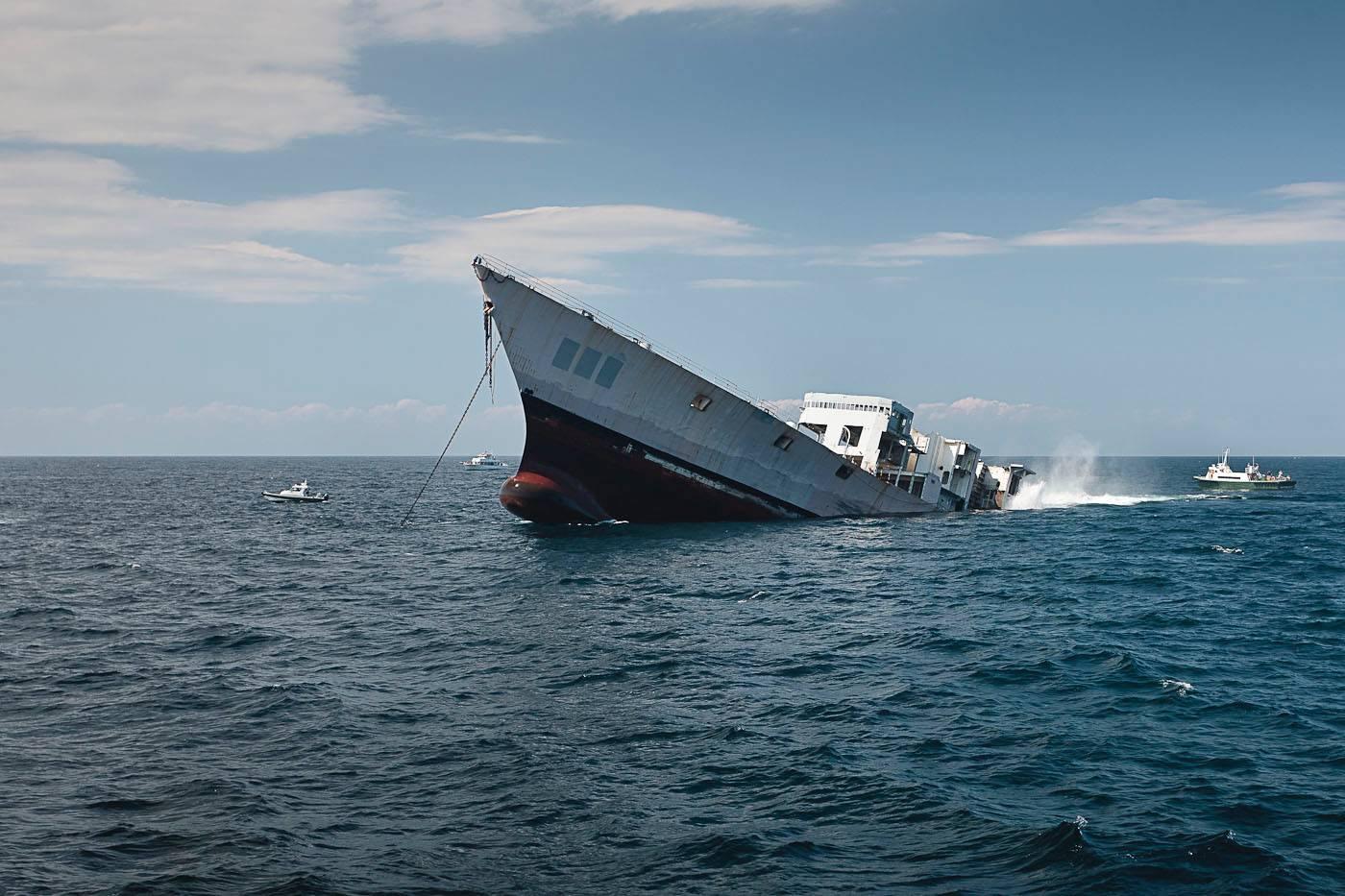 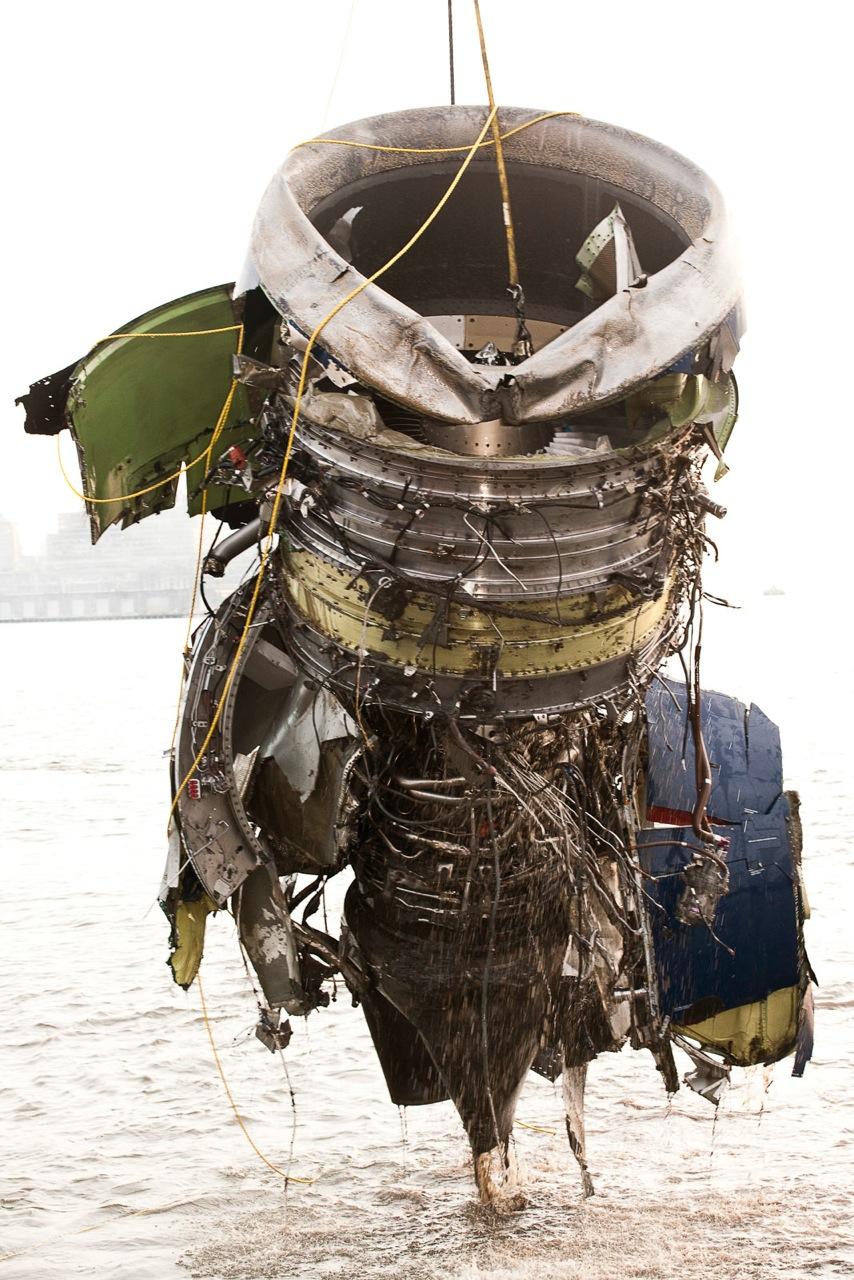 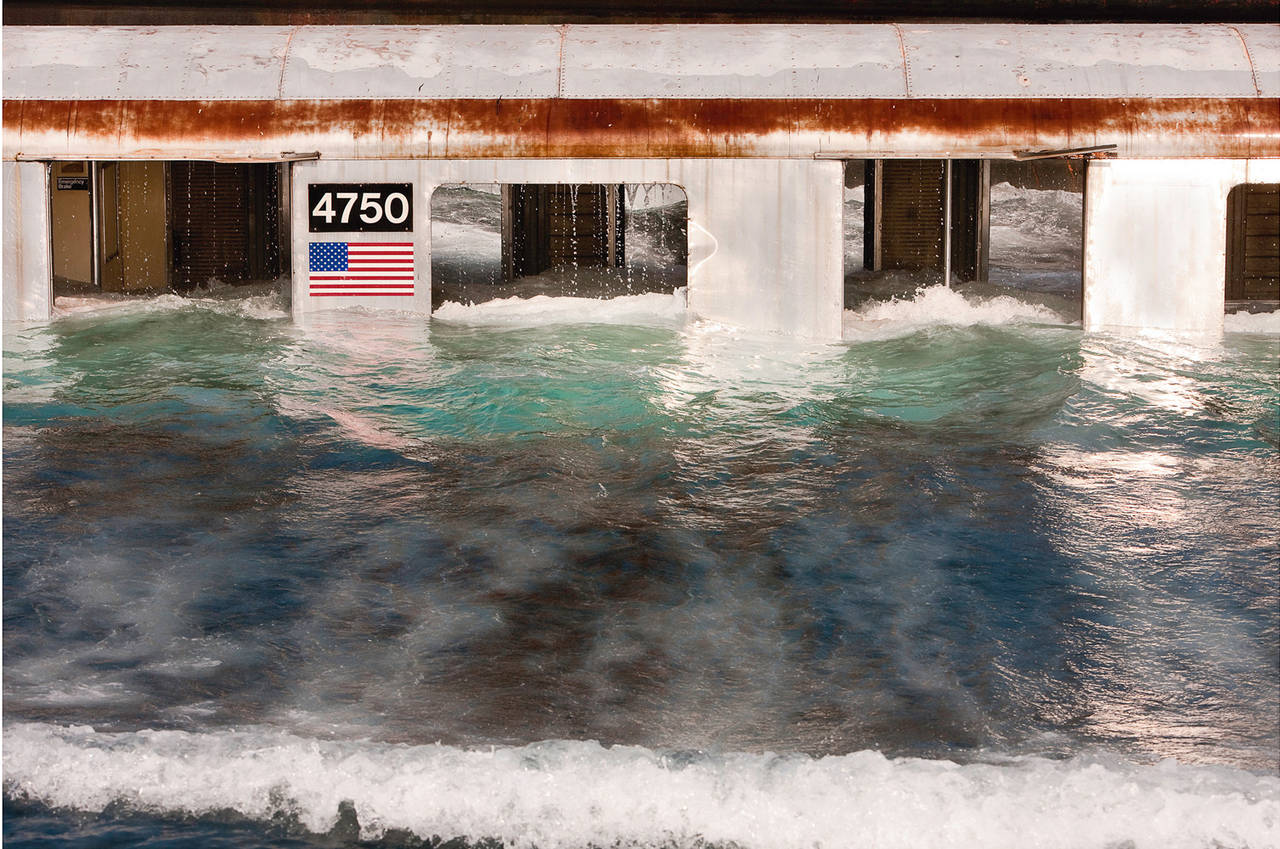 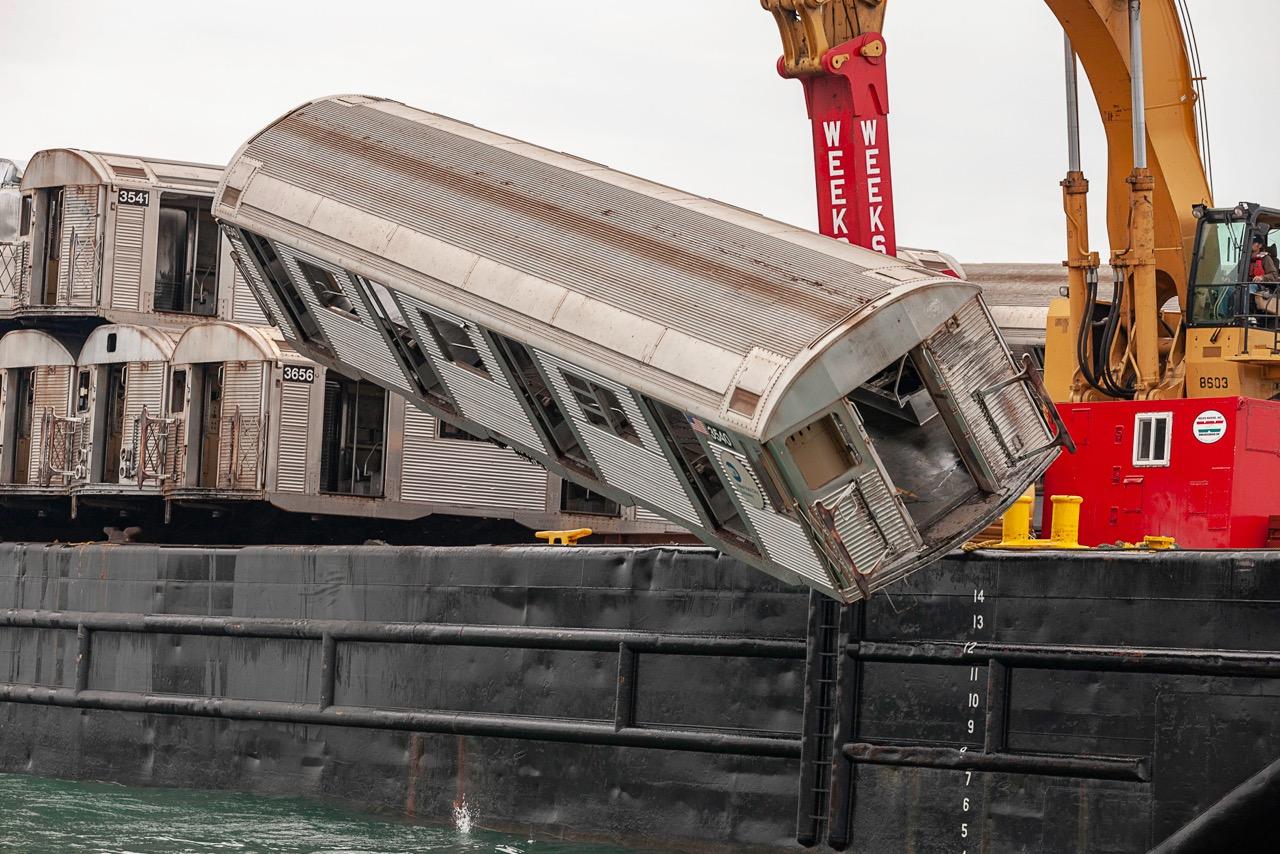 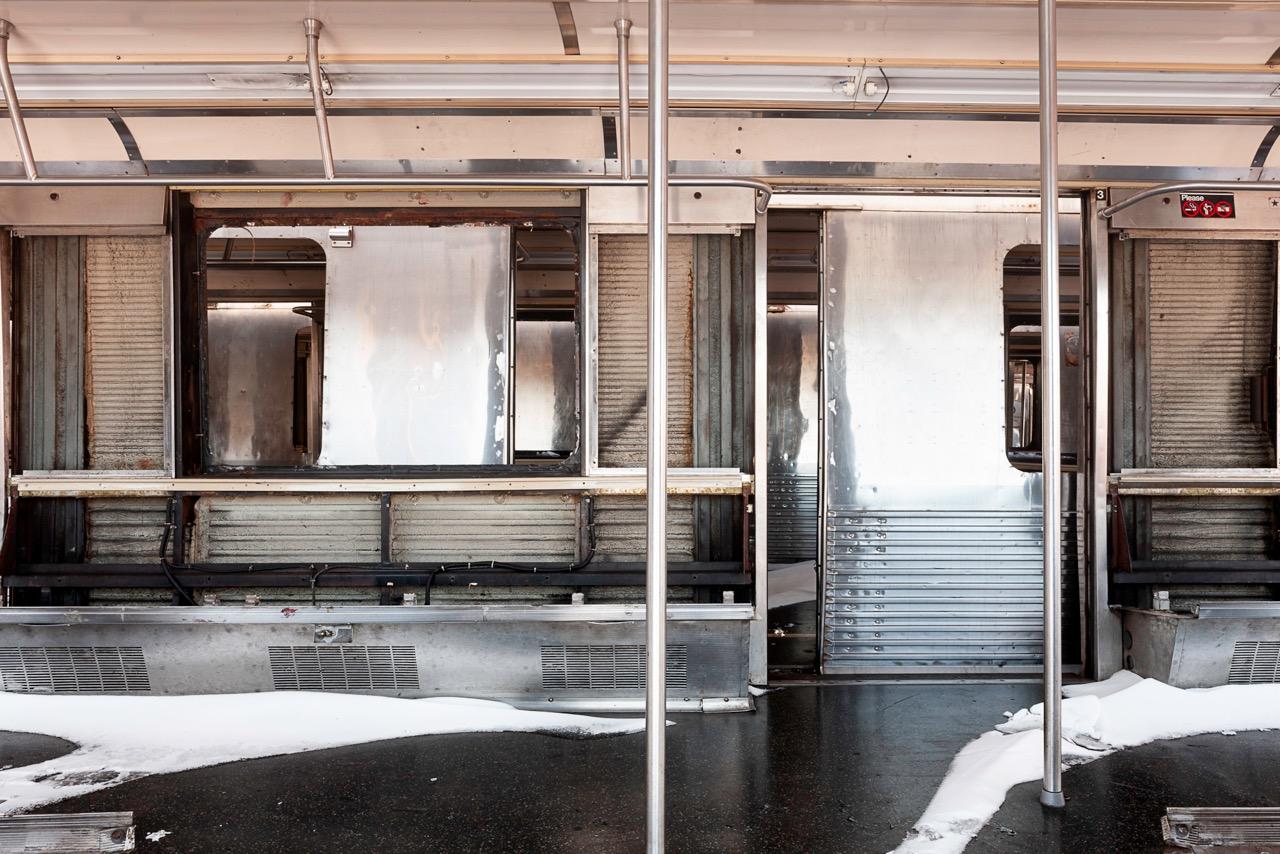 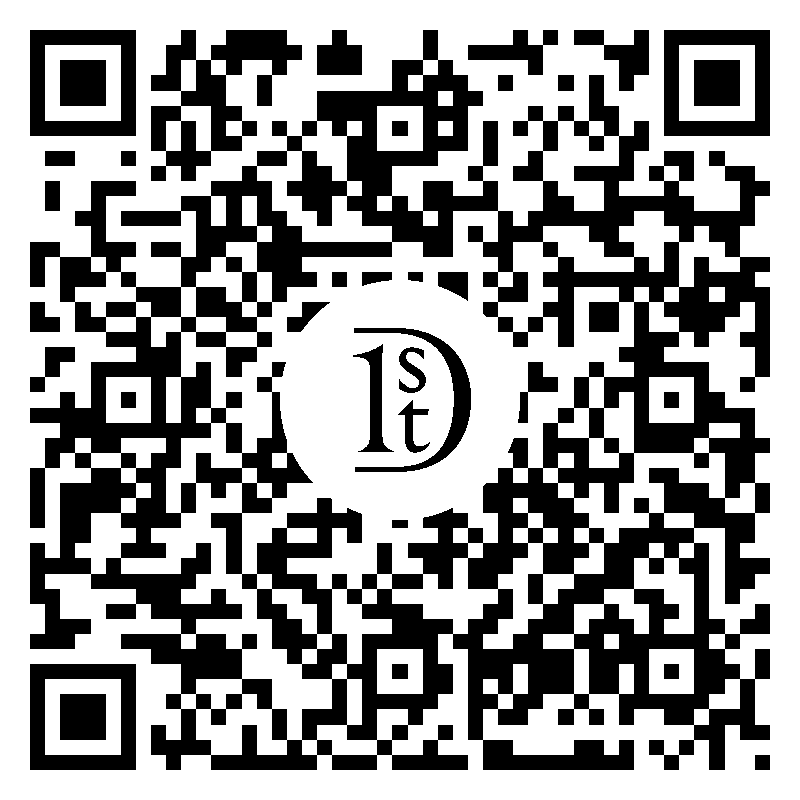 30"x45" C-Print Photograph, #3/5 signed on reverse by the artist. This limited edition Chromogenic Print captures the moment flight 1549 was pulled from the waters along the Hudson River. Known as the 'Miracle on the Hudson" this US Airways flight crashed into the icy waters in January and amazingly all passengers and crew survived, with few serious injuries. The photographer, Stephen Mallon was the only photographer allowed inside the police perimeter after the crash. His photographs capture the awe and stunning reclamation of this airplane from the water. This photograph is from the series"Brace For Impact, The Aftermath of Flight 1549" prints are limited to 5 as 30"x45" and 40"x60" edition of 5 available unframed, signed on reverse- please inquire about framing options. Stephen Mallon is well known internationally for his photography series: "Brace For Impact, The Aftermath of Flight 1549" famously known as the "Miracle on the Hudson" in which Captain "Sully" Sullenberger safely landed and airbus in the Hudson river saving the lives of all the crew and passengers of the plane. His works have been seen in such publications as National Geographic, The New Yorker, New York Times, Vanity Fair, Wired, CNN, MSNBC, Stern, PetaPixel, Viral Forest, BuzzFeed, New York Magazine, The Huffington Post, CBS, and NPR. Stephen Mallon's photographs have been exhibited at such venues The Brooklyn Public Library, The Visual Arts Center of New Jersery, The University of the Arts in Philadelphia, Mass Art, Webster University, the Waterfront Museum in Brooklyn, NY. and are in numerous important international collections. 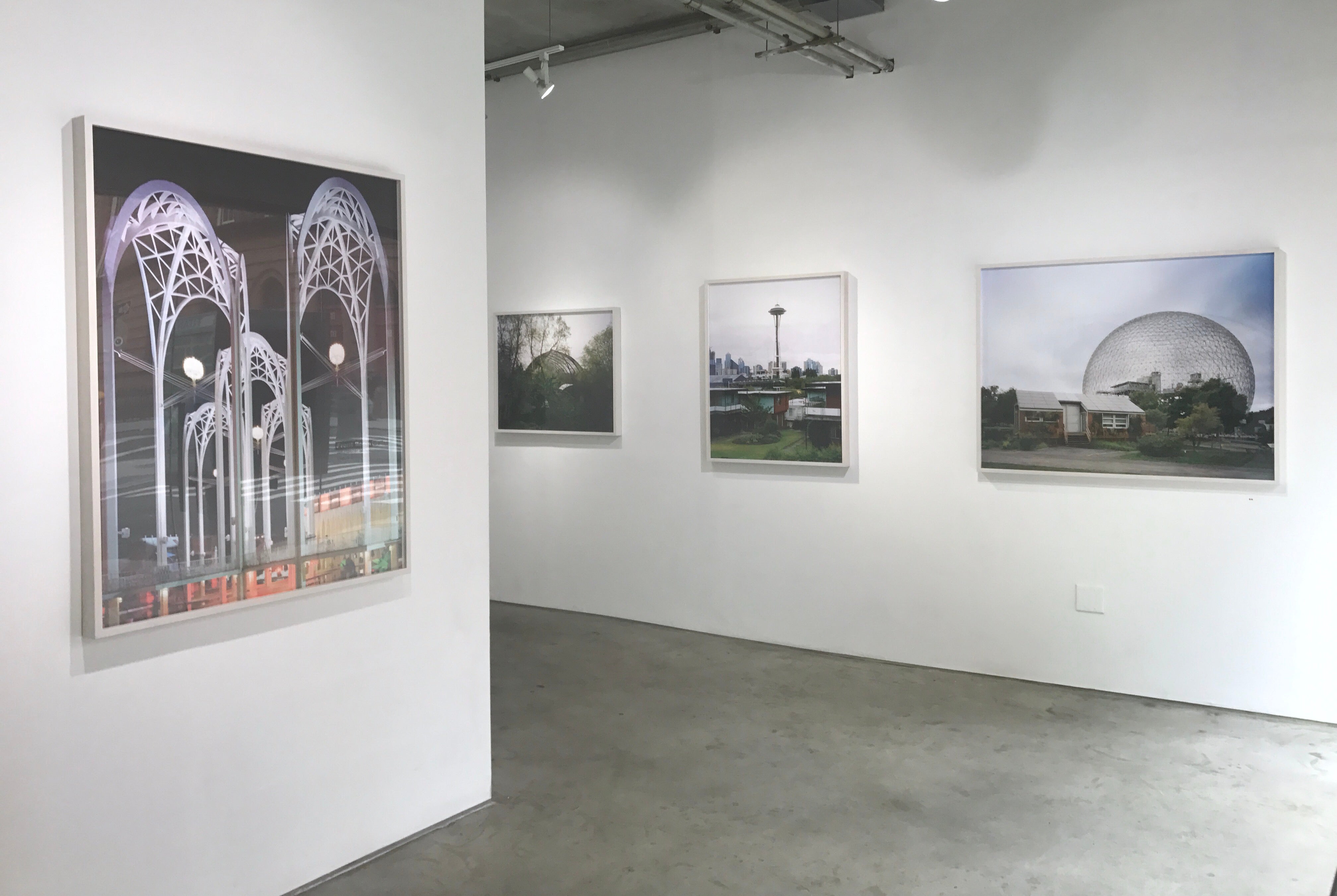 Price Upon Request
Love In New York
By David Drebin
Located in Greenwich, CT
Drebin’s Dreamscapes transport us to the most magical places on earth. We cruise the beaches of the Amalfi Coast, smell and taste downtown San Francisco, gawk at the cityscape of Man...
Category