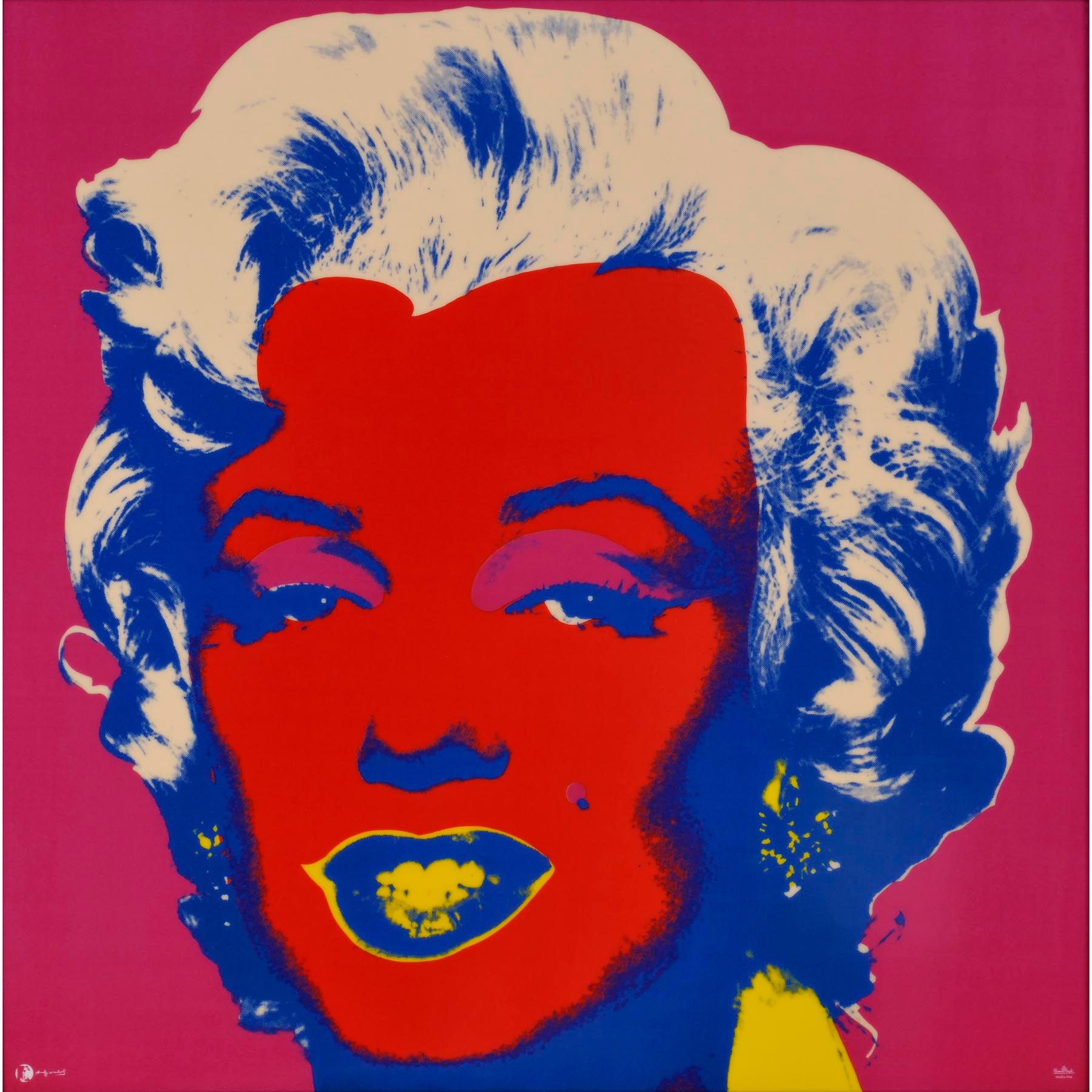 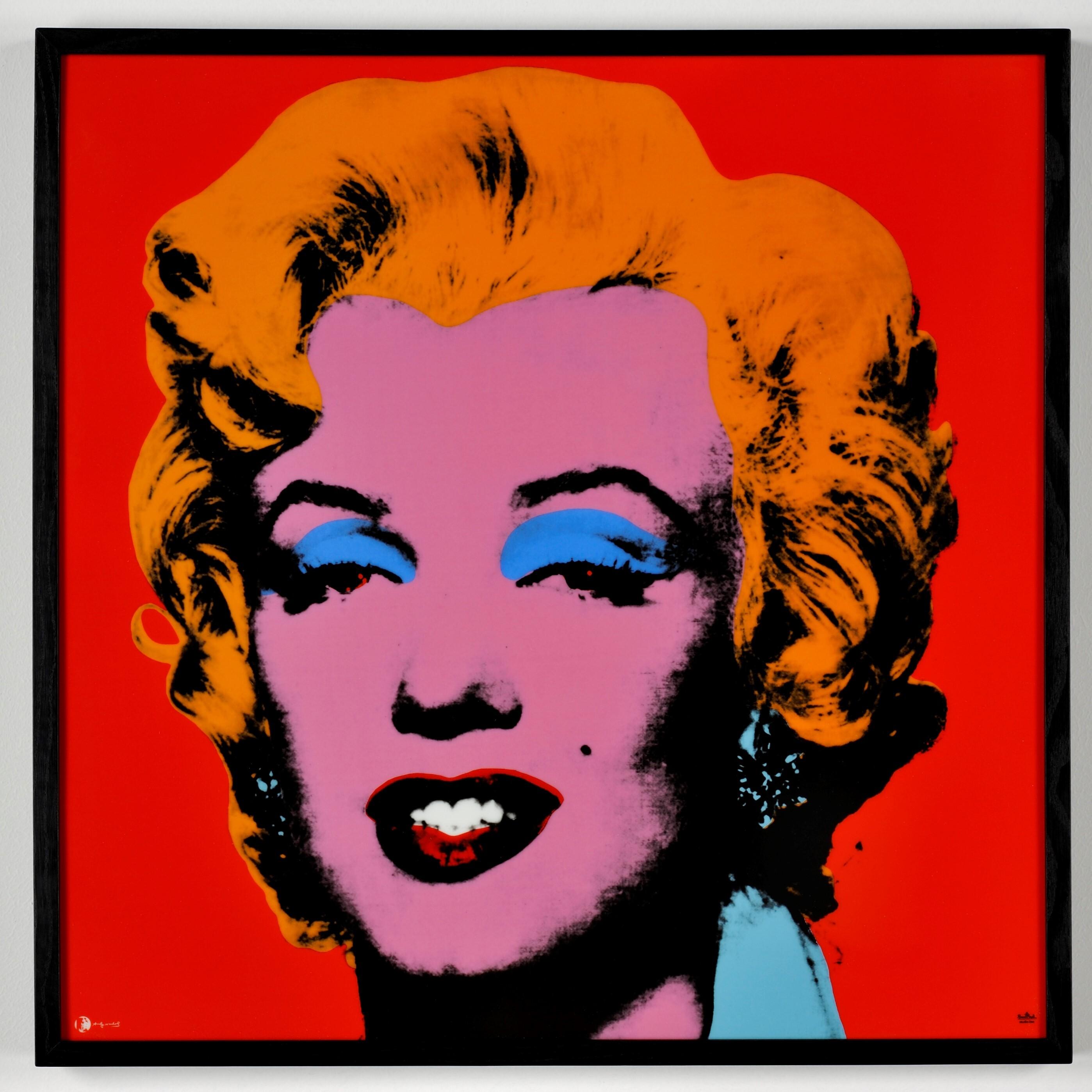 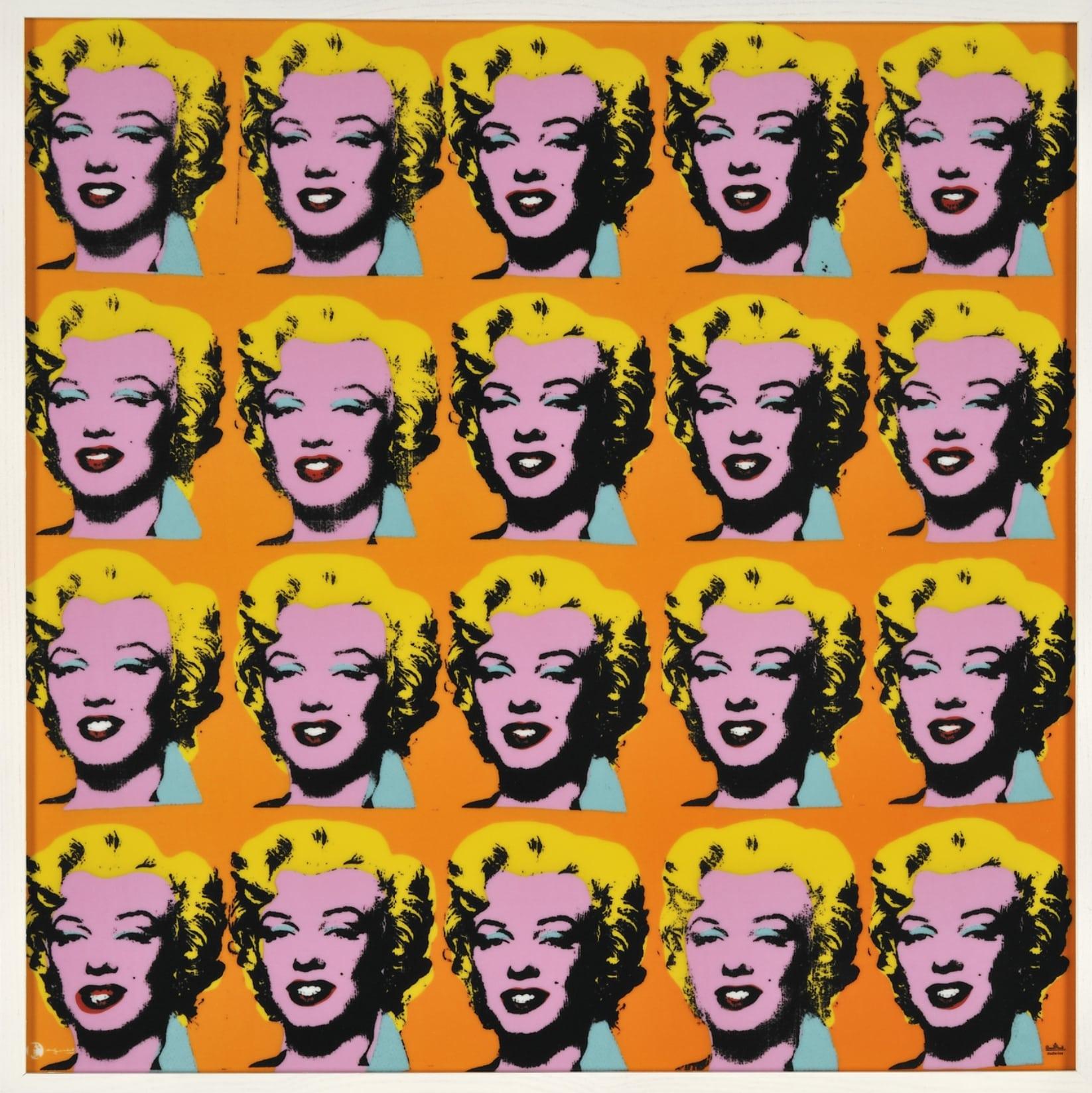 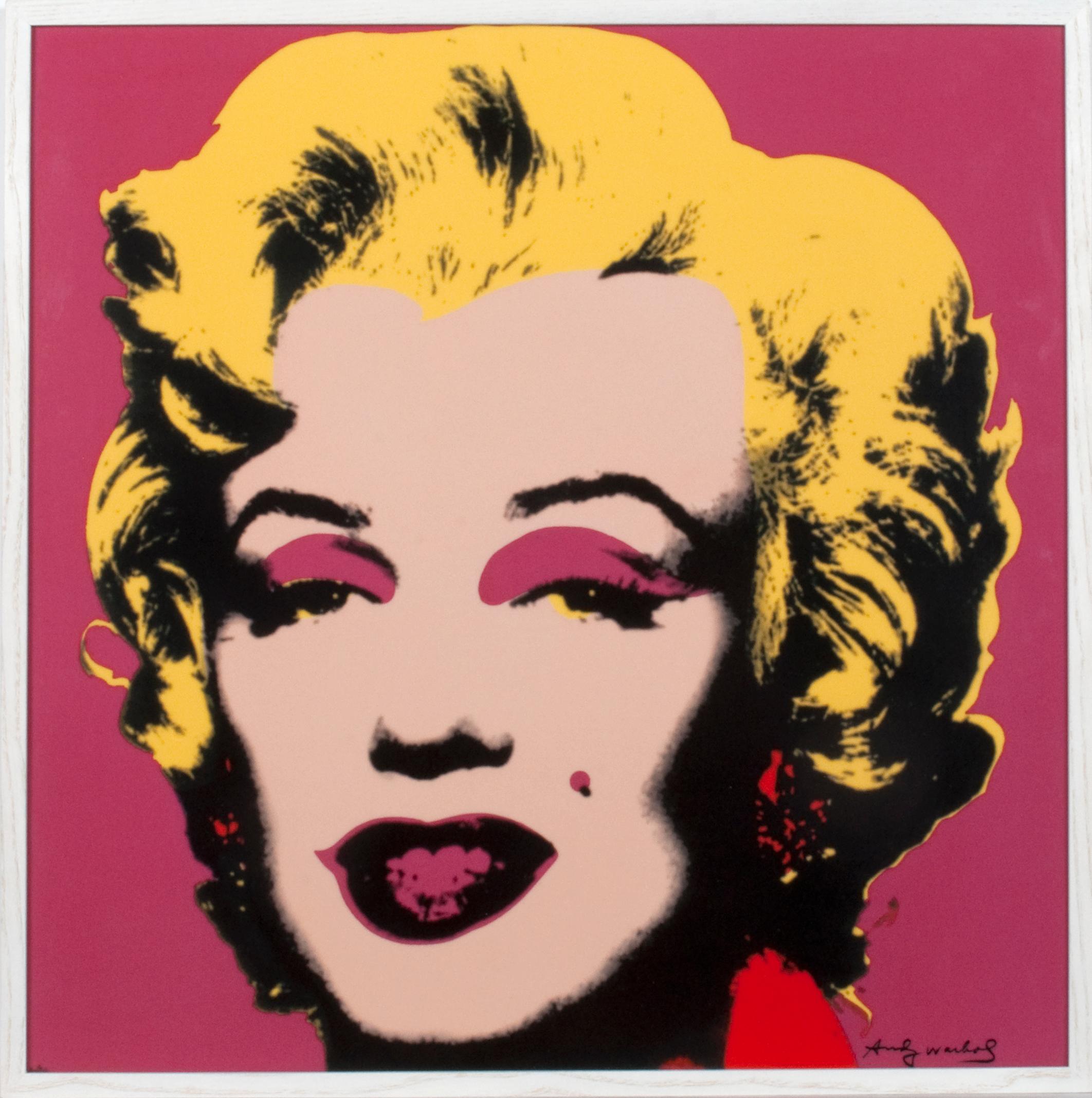 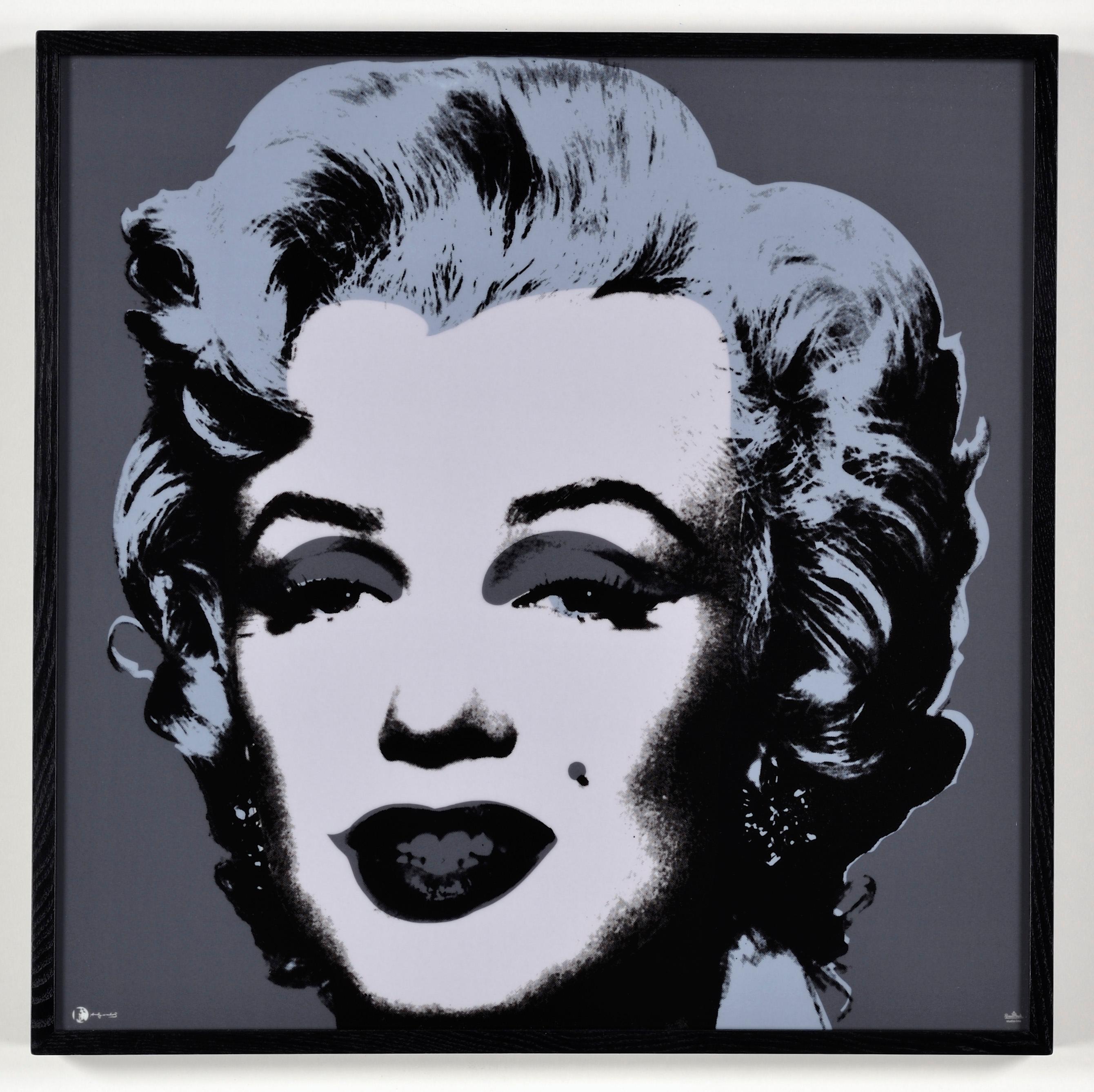 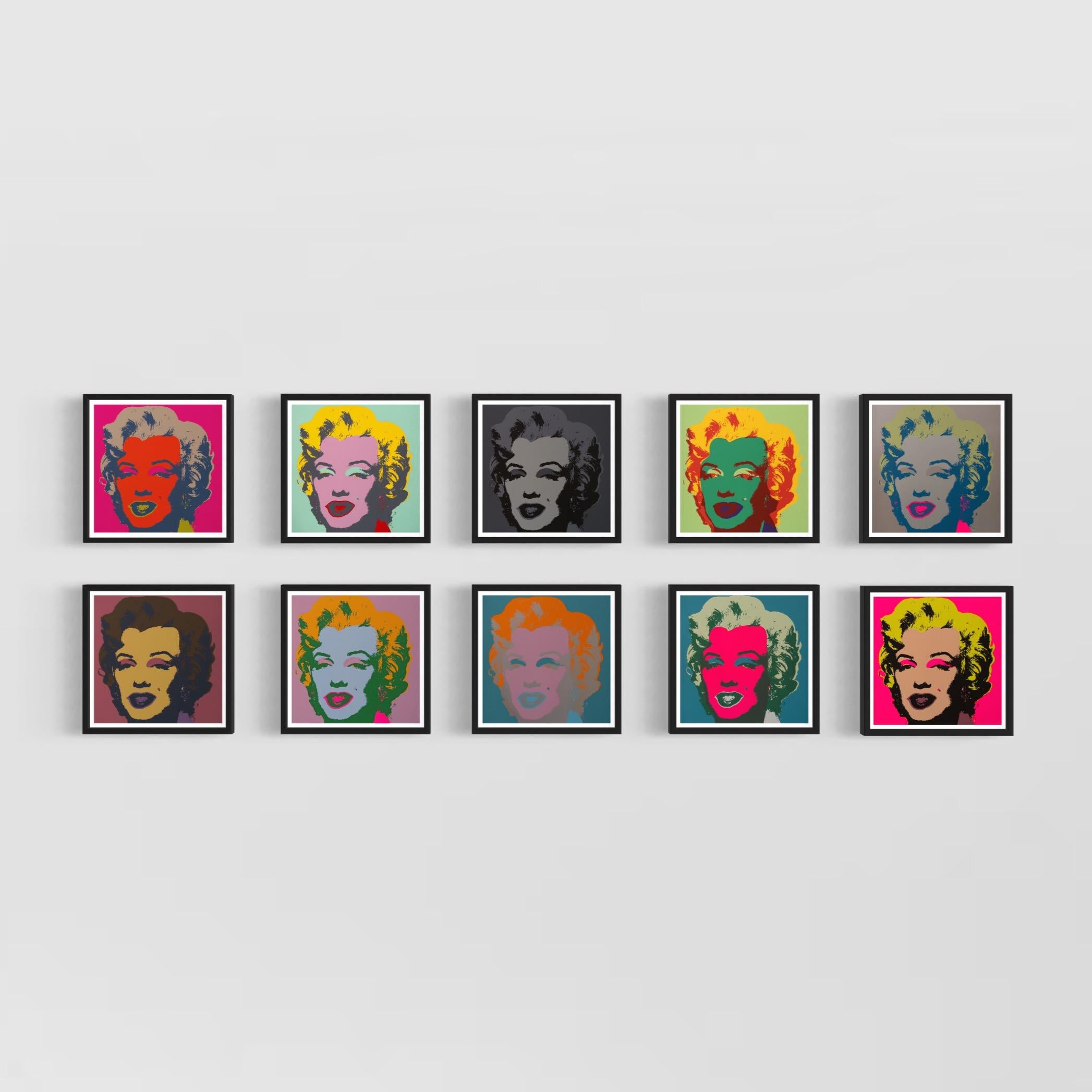 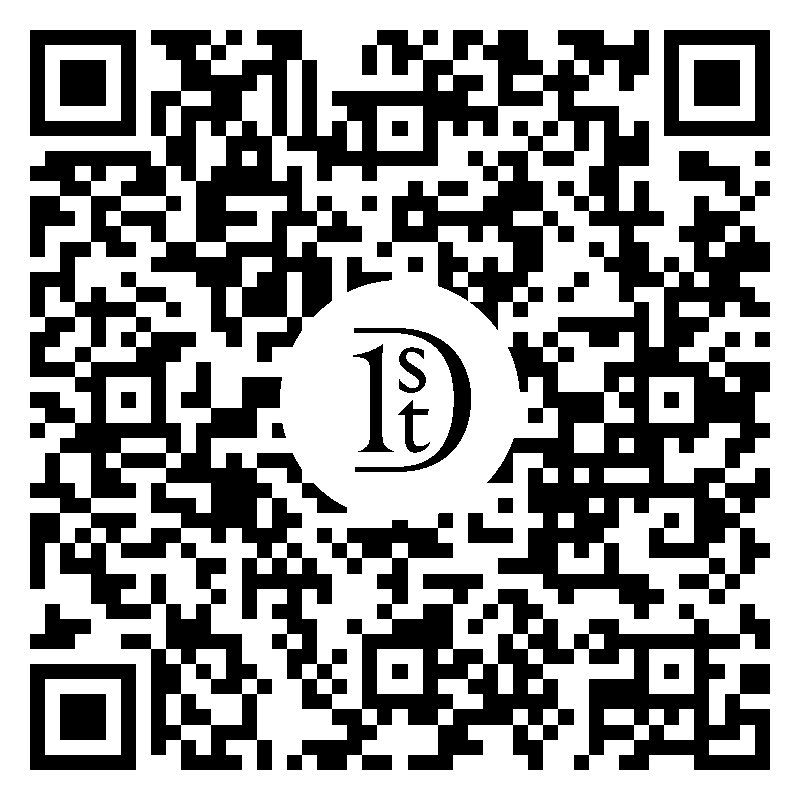 Andy Warhol Platinum Elvis 2007 A Rosenthal transfer-printed plaque in colours 51 × 51 cm (20.1 × 20.1 in) Published by Rosenthal studio-line, in collaboration with The Andy Warhol Foundation for the visual Arts INC., New York. Edition of 49 In mint condition Signed in glaze (fac-simile signature), numbered on the reverse on label In wooden box, accompanied by Certificate of Authenticity from the Rosenthal Studio in collaboration with The Andy Warhol Foundation for the visual Arts INC., New York. Framed This porcelain multiple was produced in 2007 by porcelain manufacturer Rosenthal Studio-Line, in collaboration with The Andy Warhol Foundation for the visual Arts INC., New York. The work features a seminal piece from the artist's iconic series about the singer: a double image of a gun-slinging Elvis. "Elvis is the greatest cultural force in the twentieth century. He introduced the beat to everything, music, language, clothes, it's a whole new social revolution… the 60's comes from it." -LEONARD BERNSTEIN In the early 1960s, Andy Warhol got interested in celebrities like Marilyn Monroe, Jacqueline Kennedy, Marlon Brando and Elizabeth Taylor as subjects for his silkscreen paintings. He created the painting from which this edition was made in 1963 – at a point when the famous singer’s career was about to decline. Nevertheless, Warhol’s double image of a Platinum Elvis shows the singer, who is famous for his hip-shaking pose, dressed to kill as a cowboy with pistols raised and ready to shoot, as strong as he appeared on the climax of his career throughout the 1950s. The spray painted silver platinum background adds to this glamorous appearance, making this image one of Warhol’s most iconic ones. “My fascination with letting images repeat and repeat – or in film’s case ‘run on’ – manifests my belief that we spend much of our lives seeing without observing.„ —Andy Warhol ABOUT THE ARTIST Andy Warhol Andy Warhol (1928-1987) was an American artist, a leading figure of the Pop Art movement. ​Using a variety of media materials from photographs up to computer-generated art, Warhol's works explore the relationship between artistic expression, celebrity, culture and advertisement that flourished by the 1960s. Emerging from the poverty and obscurity of an Eastern European immigrant family in Pittsburgh, Warhol became a charismatic magnet for bohemian New York. In 1960, he began to produce his first canvases depicting Popeye and Dick Tracy. After Marilyn Monroe’s death in August 1962, he started working from snapshots of the star’s already legendary face, which had been widely distributed by the world’s press. His choice of subjects clearly relates to an obsession with demise – his Marilyns, his Ten Lizies (created when the actress Elizabeth Taylor was seriously ill), and also his Elvis. Part of the “Death and Disaster” series, Andy Warhol´s Marilyn Monroes are undoubtedly iconic portraits of our era, exploring as they do the artist’s fascination for images of death and beauty. He worked across many media as a painter, printmaker, illustrator, film-maker, and writer, and produced many world-famous series. Andy Warhol Flower´s series reinterprets a traditional motif spanning the history of art, while Warhol´s Cambell´s Soup Can series represents the mass-produced, printed advertisements that inspired him since his childhood. Towards the end of 1962, the artist turned to the photo-silkscreen process, which became his signature medium. From 1963 up until 1968, the year in which he was shot, Warhol – surrounded by assistants in his studio The Factory – took the industrial character of his work to its climax. Warhol has been the subject of numerous retrospective exhibitions and books, as well as feature and documentary films. The Andy Warhol Museum in his native city, Pittsburgh, is the largest museum in the United States dedicated to a single artist. Andy Warhol´s artworks are some of the most influential works of art of the second half of the twentieth century, representing the most recognizable images ever produced. “ Once you ‘got’ Pop, you could never see a sign again in the same way again. And once you thought Pop, you could never see America in the same way again. ” —Andy Warhol

1stDibs Buyer Protection Guaranteed
If your item arrives not as described, we’ll work with you and the seller to make it right. Learn More
About the Seller
4.8
Located in Zug, Switzerland
Platinum Seller
These expertly vetted sellers are 1stDibs' most experienced sellers and are rated highest by our customers.
Established in 2014
1stDibs seller since 2021
38 sales on 1stDibs
Typical response time: 1 hour
More From This SellerView All
People Also Browsed
You May Also Like