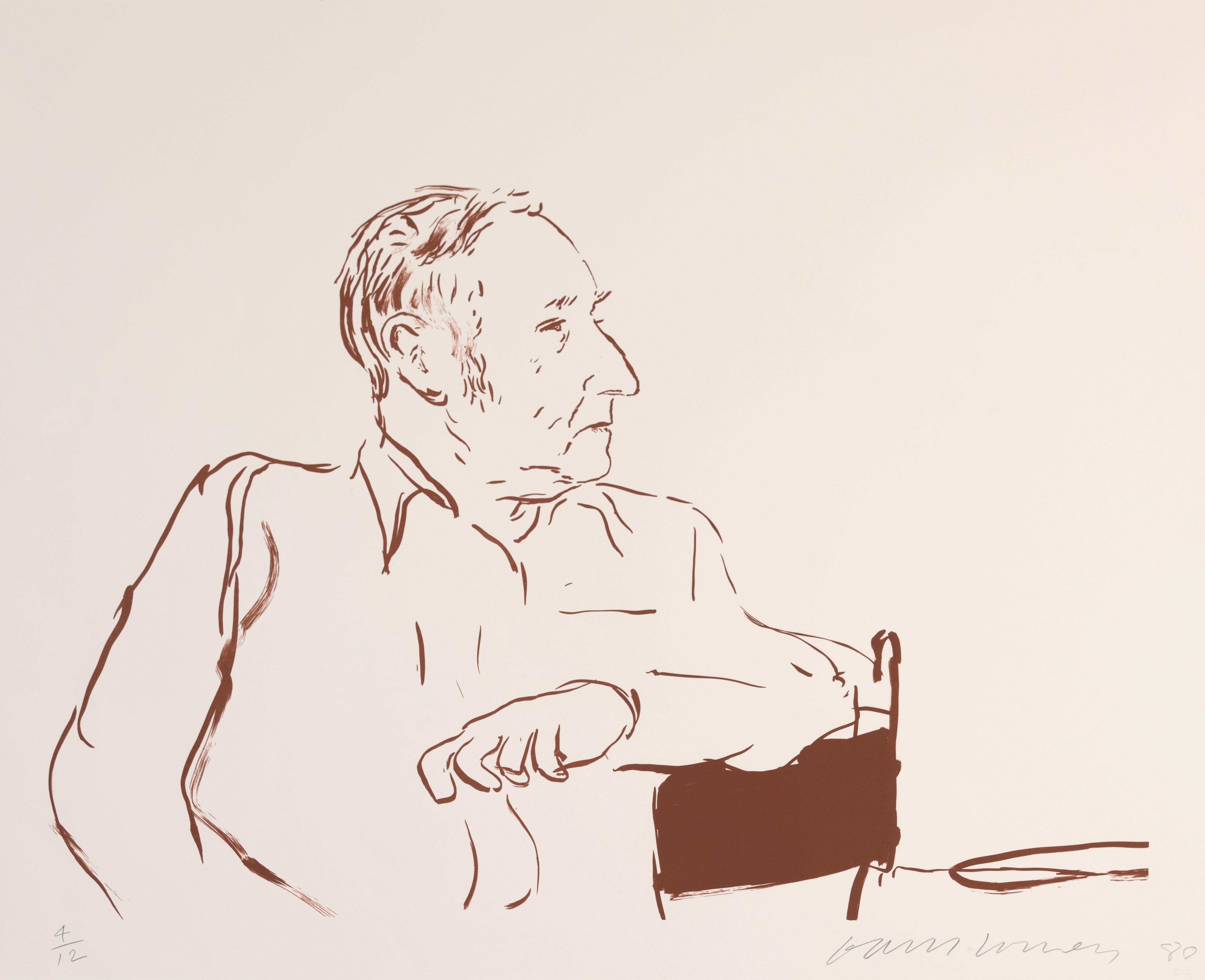 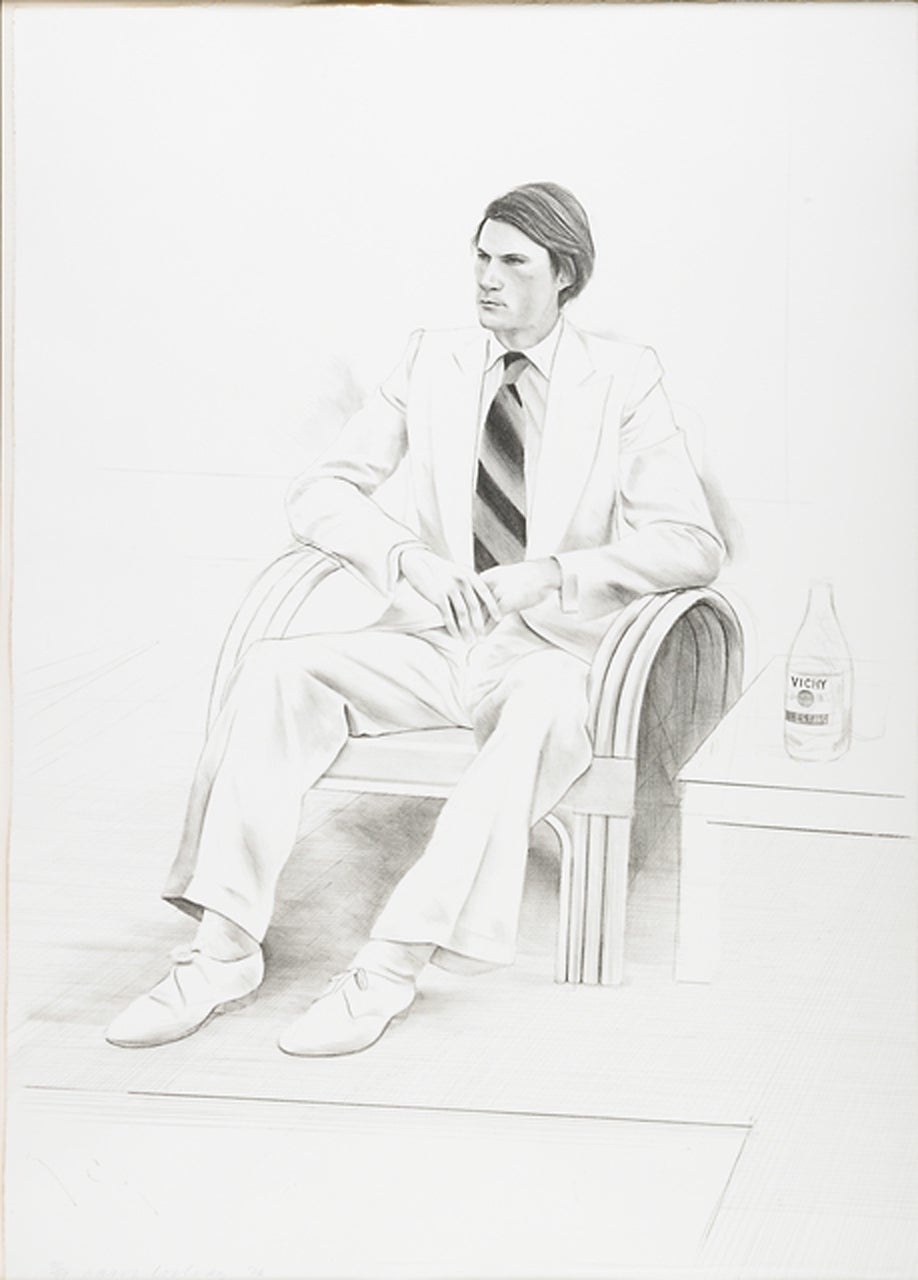 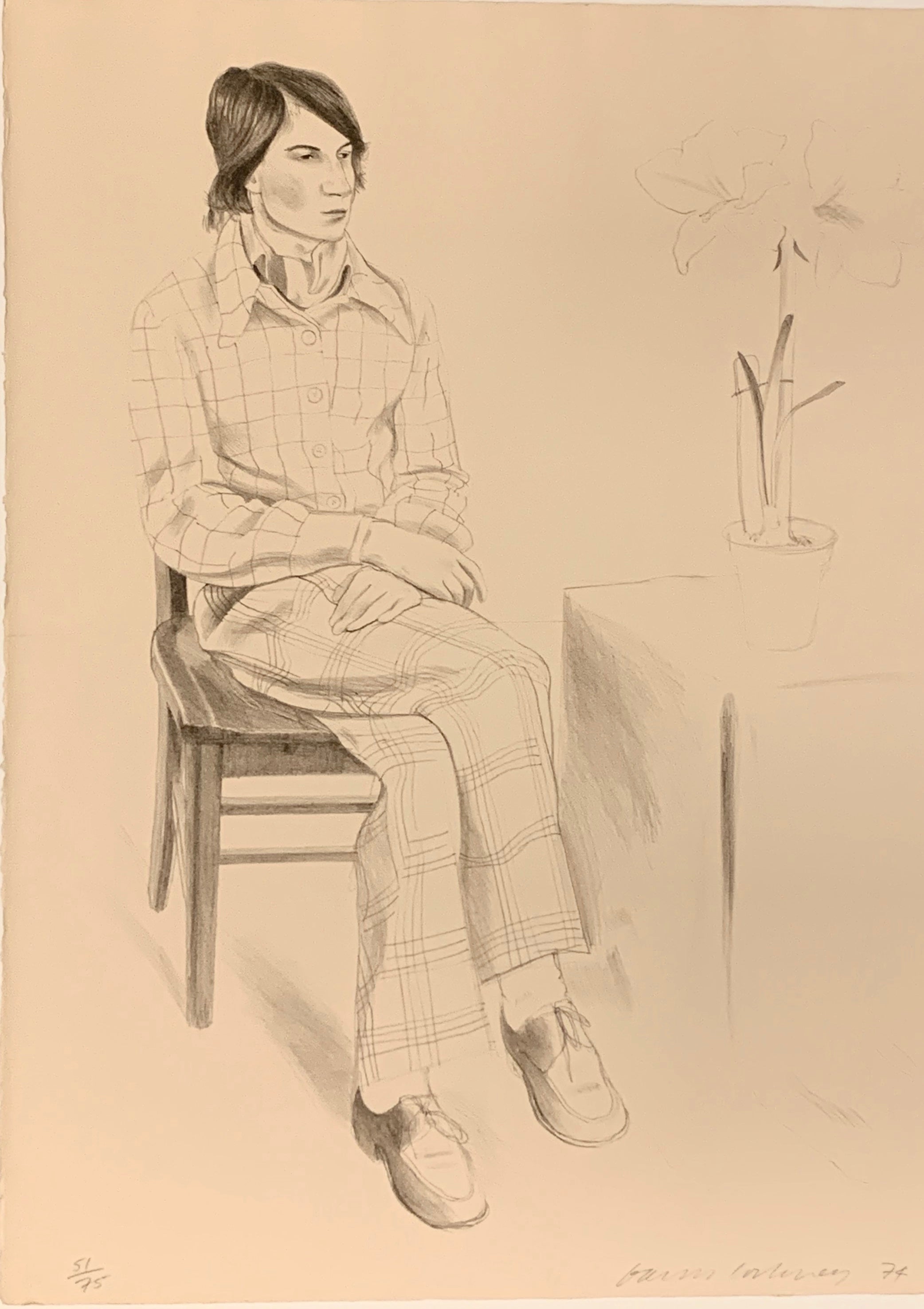 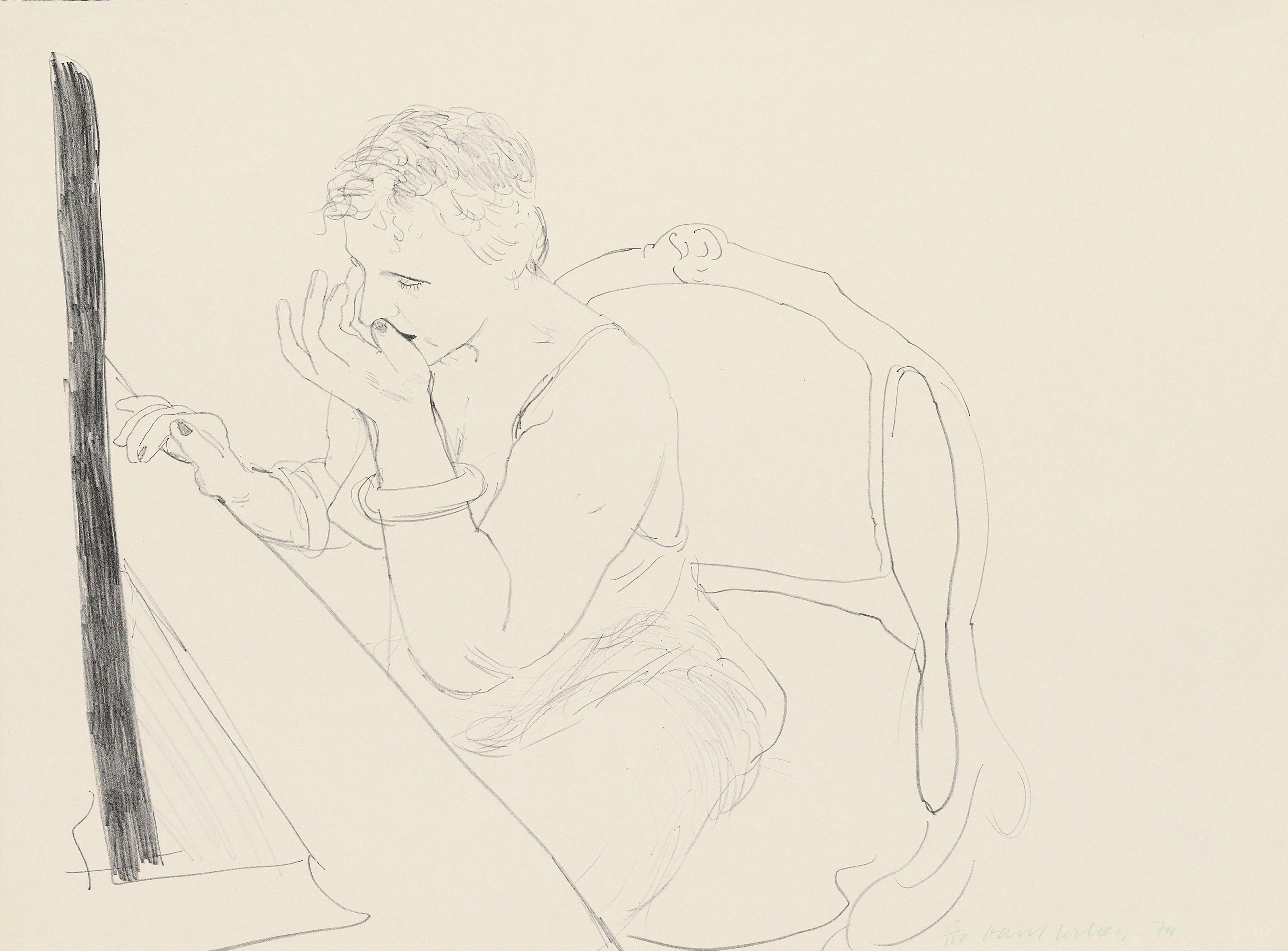 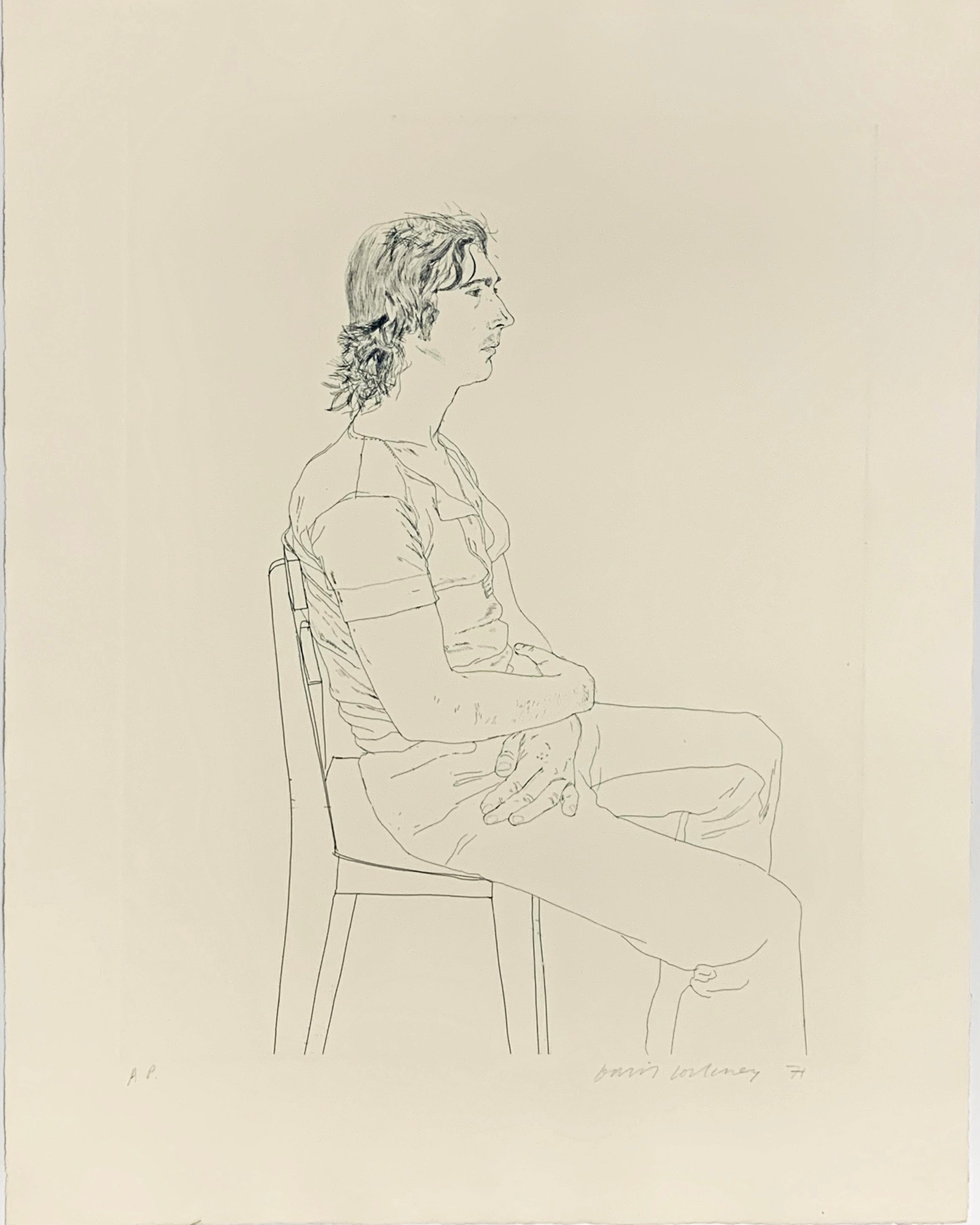 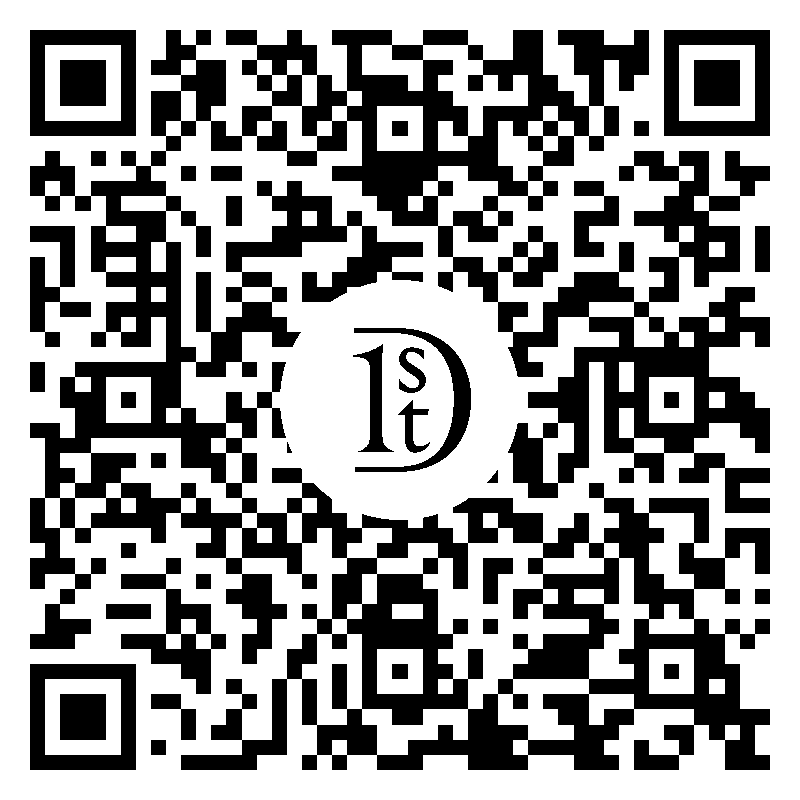 The art of David Hockney is always engaging in its pleasant ambiguities: It’s warm but somehow aloof; filled with light yet often dark and brooding in subject; simple, frank and mundane, but also ethereal and complex. The artist’s stature in the contemporary- art world is such that, in a 2011 survey of one thousand British painters and sculptors, he was named the most influential British artist of all time.

Hockney grew up in Bradford, in the northern English county of Yorkshire, studying at the Bradford School of Art from 1953 to ’57, and at the Royal College of Art in London from 1959 to ’ 1962. Though he was educated in art a time when abstraction dominated the field, Hockney stuck resolutely to figurative painting and drawing. His early paintings suggest a search for a style, veering from Expressionism to a grotesquerie suggestive of James Ensor. But Hockney found himself almost the moment he arrived in Los Angeles, in 1963. The move from the gray and rainy Britain to a world of bright sunshine and sparkling water brought Hockney a sense of freedom and an artistic epiphany. He would spend most of the next five years in L.A., painting luminous pictures, such as A Bigger Splash (1967), of things that made him happy: swimming pools, manicured lawns, palm trees, stucco buildings and luxuries like shower stalls. Hockney also painted people, almost always his friends. His California portraits such as Beverly Hills Housewife (1966) are considered to be his finest work. They are at once grandly scaled, intimate and poetic.

About the Seller
5 / 5
Located in Portland, ME
Recognized Seller
These prestigious sellers are industry leaders and represent the highest echelon for item quality and design.
Platinum Seller
These expertly vetted sellers are 1stDibs' most experienced sellers and are rated highest by our customers.
Established in 1966
1stDibs seller since 2016
162 sales on 1stDibs
Typical response time: 1 hour
More From This Seller
View All From Seller

Bill Burroughs, 1980
By David Hockney
Located in New York, NY
This print is a colored lithograph in earth tones, a darker and a lighter brown. It shows Bill Burroughs' profile in 1980. The print is very minimalist and shows the profile only in ...
Category

$6,750
Vintage David Hockney Poster Galerie der Spiegel 1970 (Boy in an Egg) with bird
By David Hockney
Located in New York, NY
This vintage exhibition poster reproduces The Boy Hidden in an Egg by David Hockney from his Six Fairy Tales from the Brothers Grimm, 1969. A shirtless young man curls up inside a d...
Category