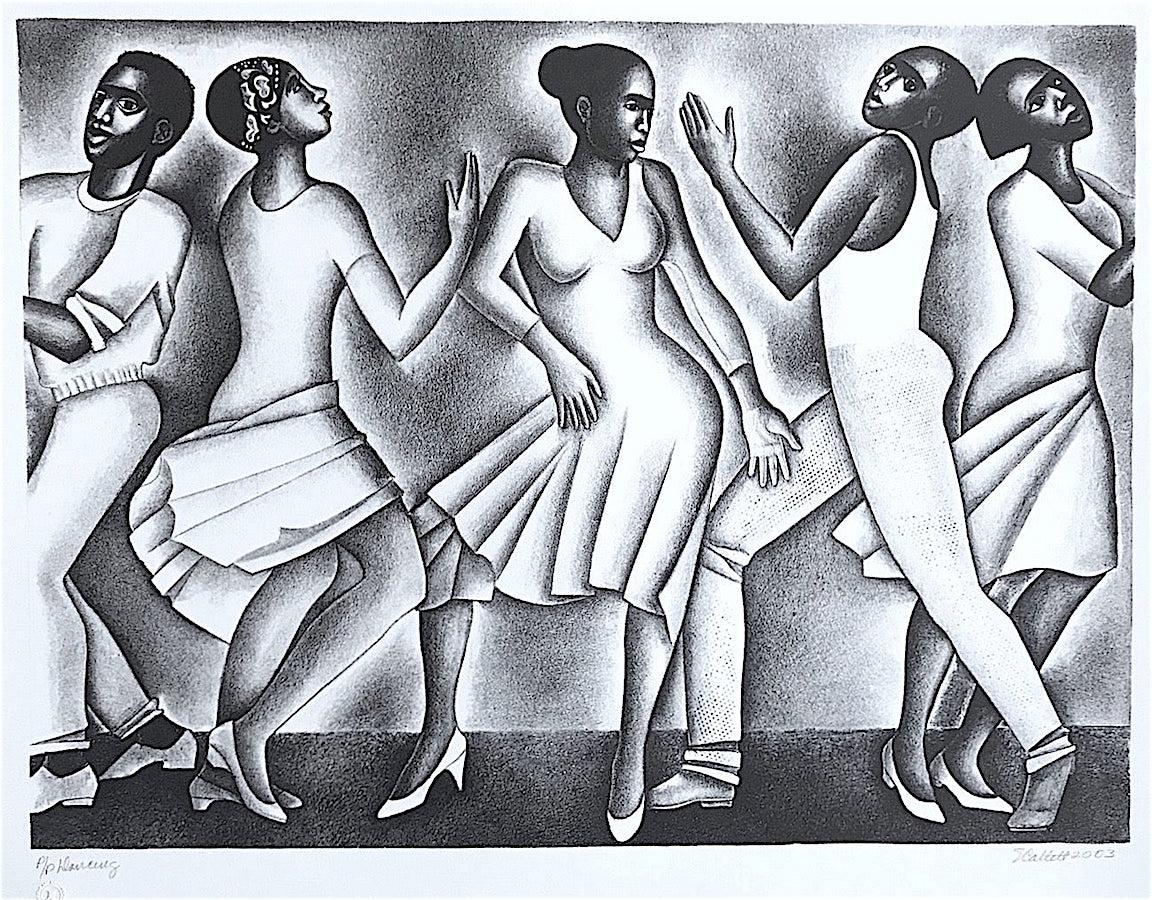 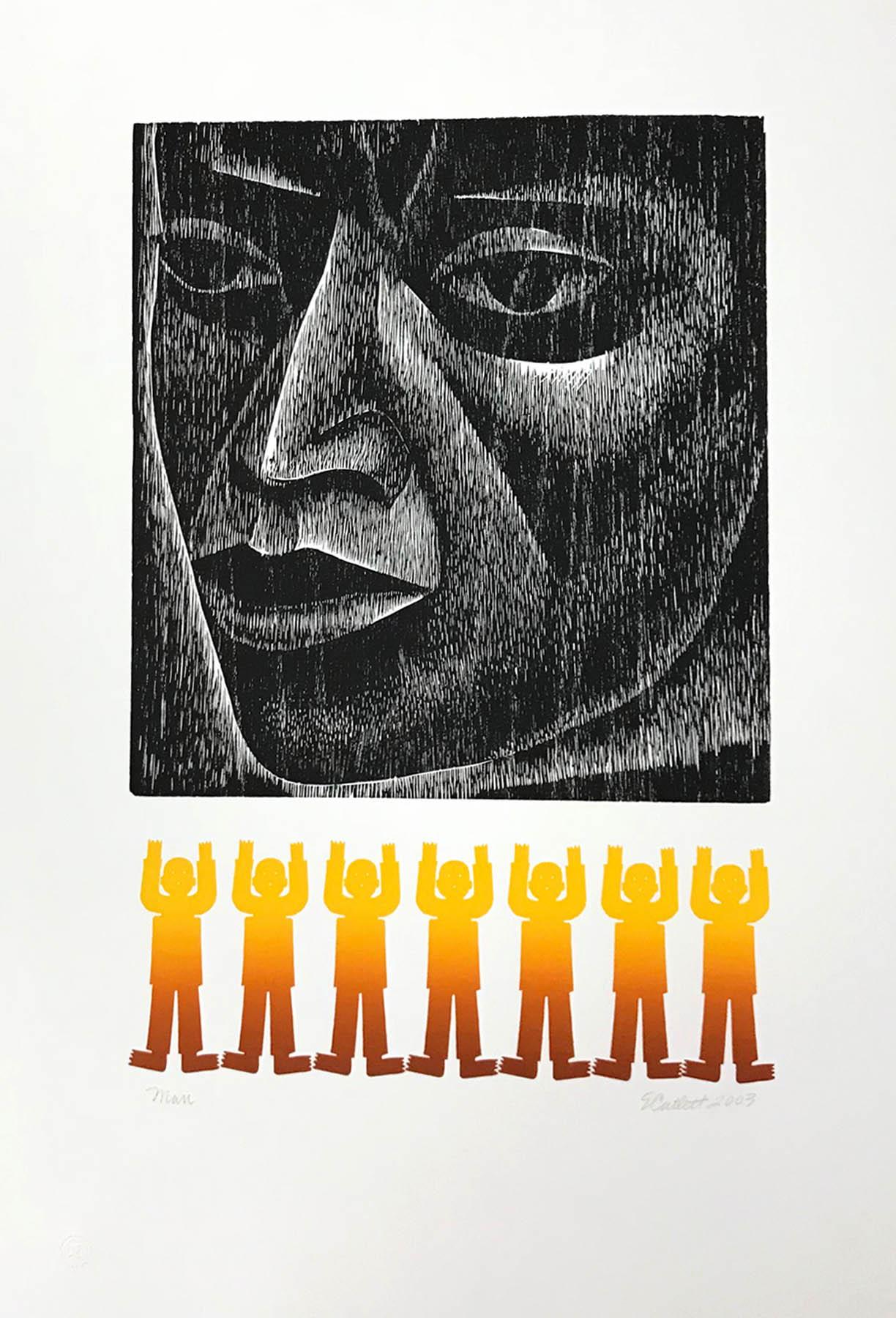 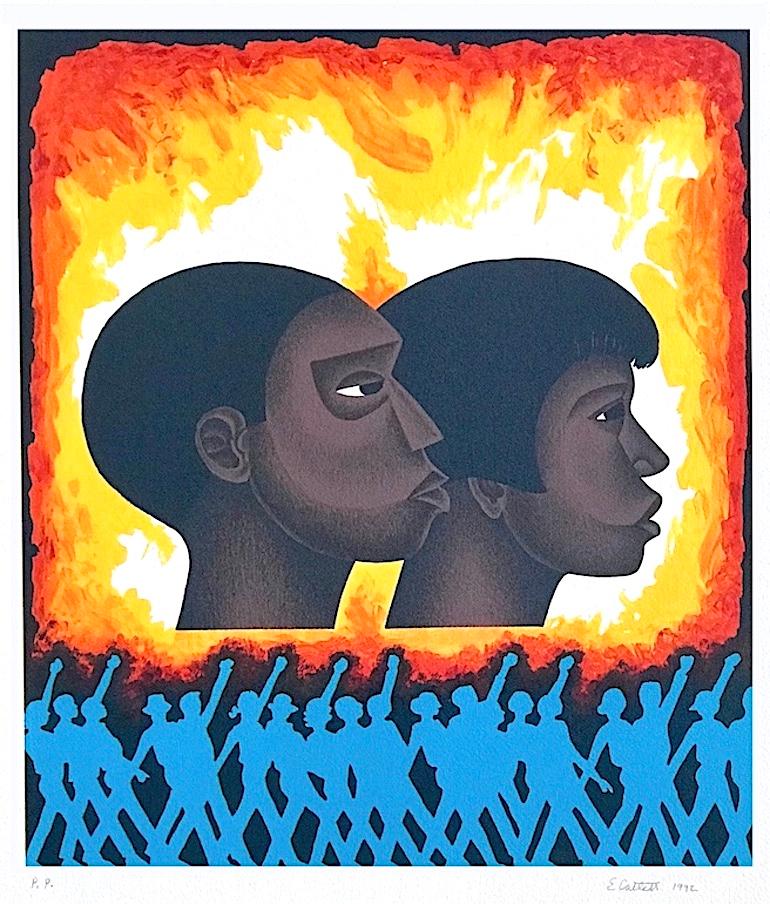 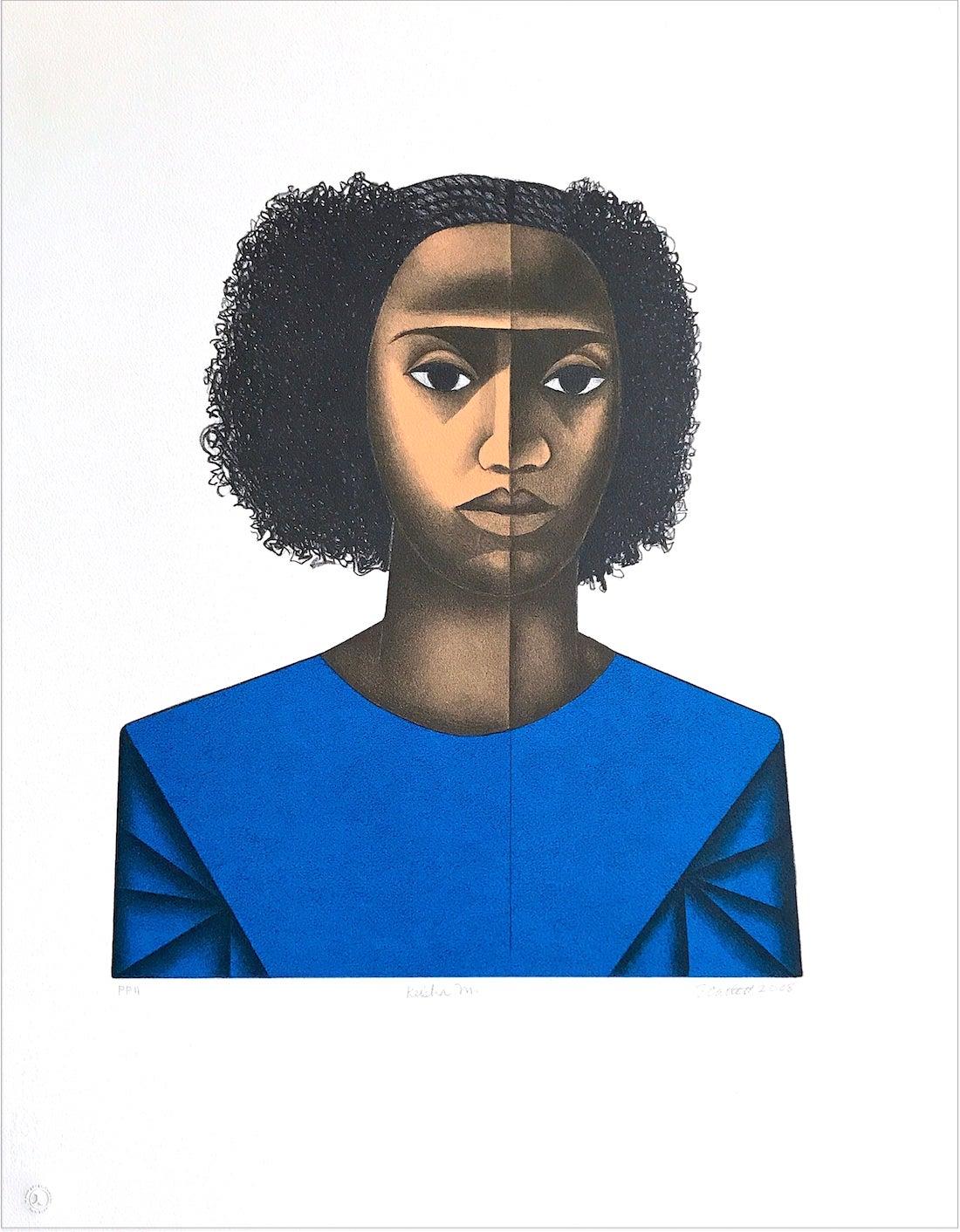 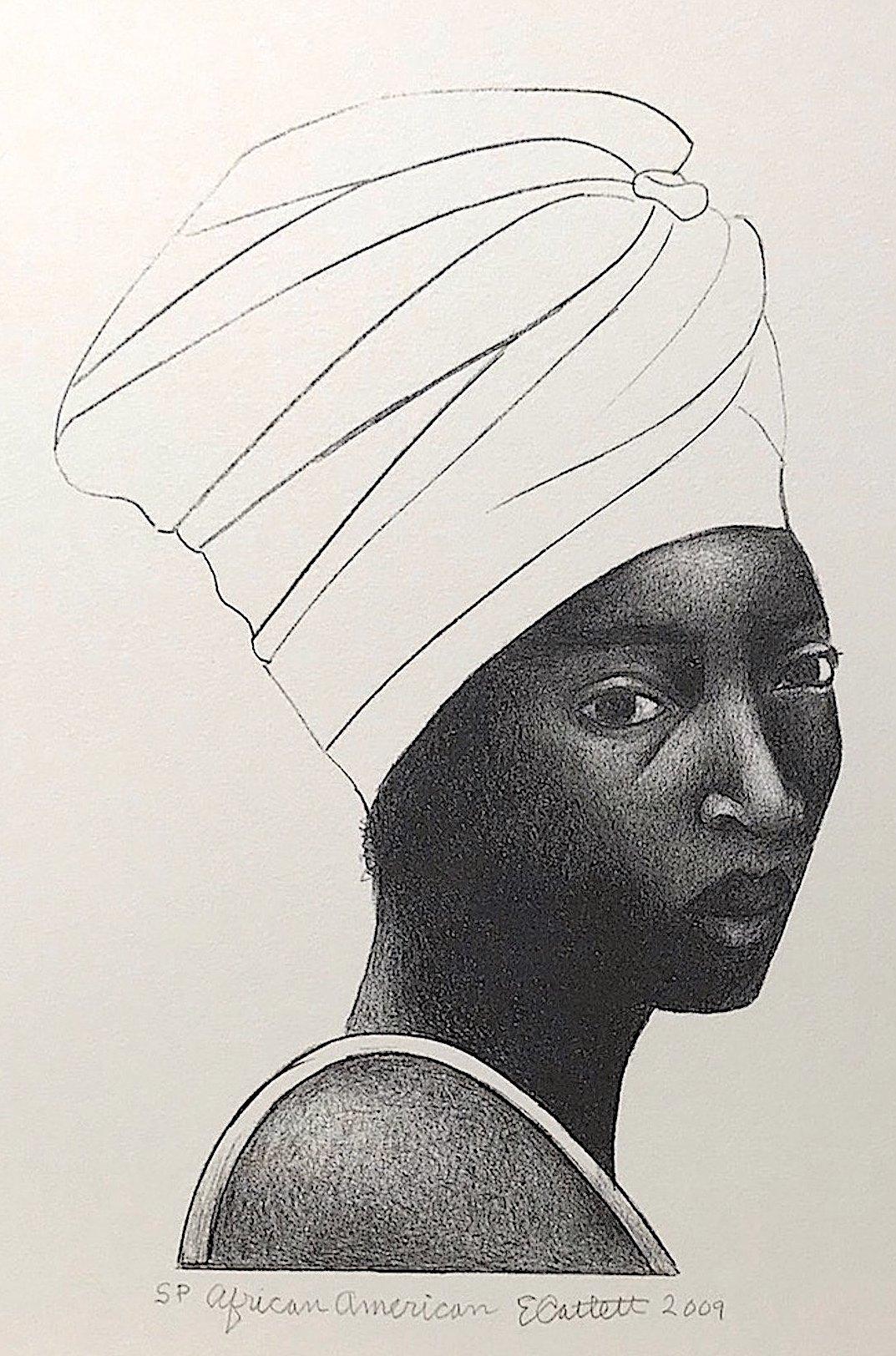 Elizabeth Catlett - TO MARRY Signed Lithograph, For My People by Margaret Walker, Bride and Groom 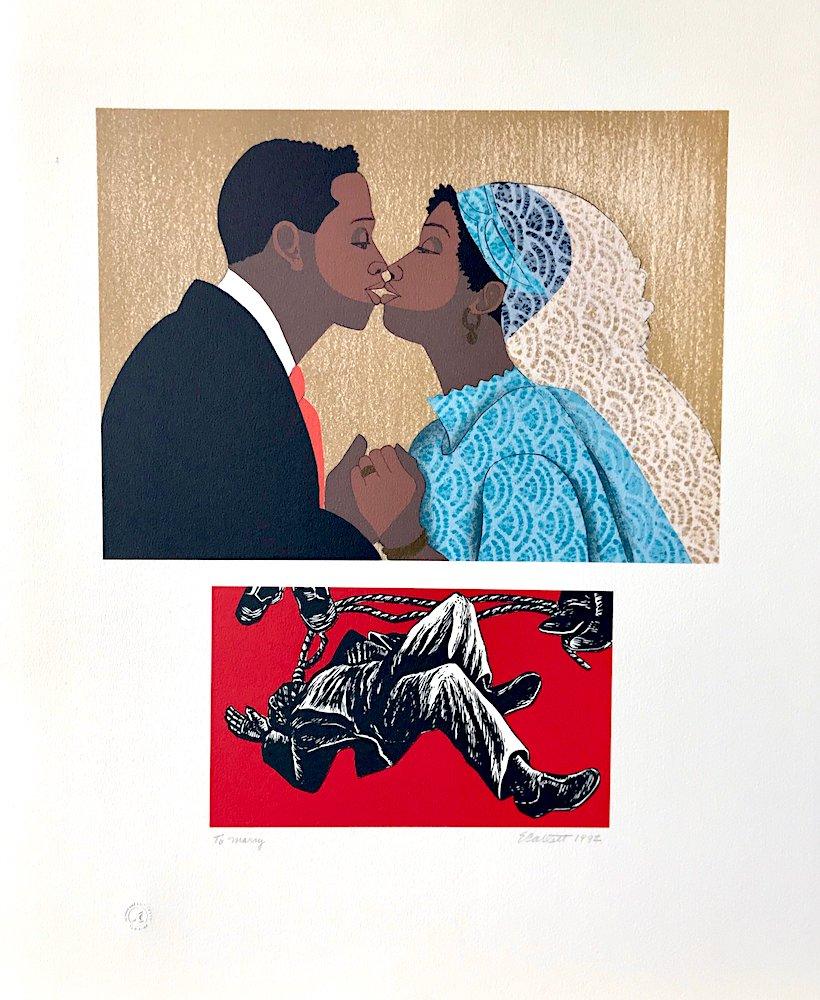 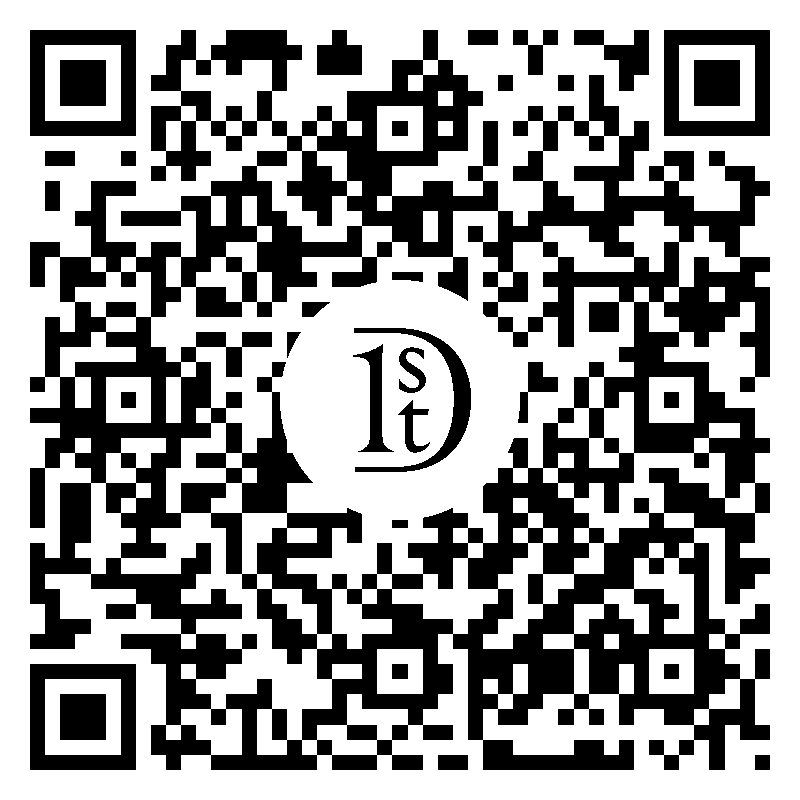 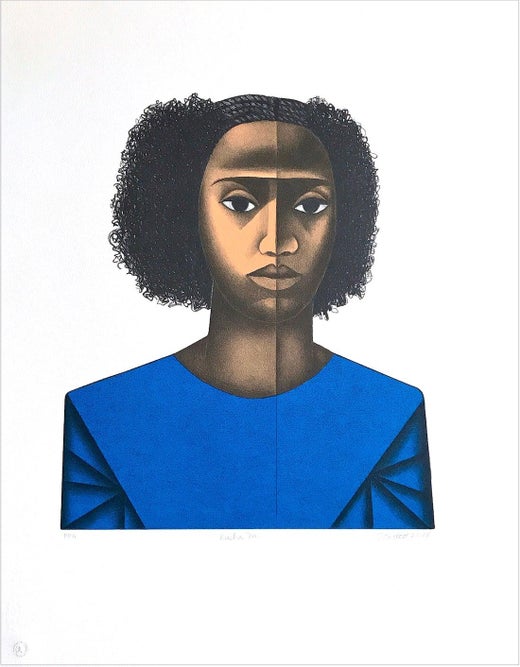 Promoting social change was Elizabeth Catlett’s prime motivation as an artist. The granddaughter of enslaved people, Catlett was born in Washington, D.C., in 1915 and spent her adult life driven to create sculptures, prints and paintings that would reach, celebrate and uplift those who were barely visible in art.

“I have always wanted my art to service Black people — to reflect us, to relate to us, to stimulate us, to make us aware of our potential,” Catlett said of her work in the 1978 book Art: African American. She studied art history, drawing and other disciplines at Howard University, and as an MFA student at the University of Iowa, her mentor, the painter Grant Wood, advised her to “take as her subject what she knew best.” As she later told an interviewer, “The thing that I knew the most about was Black women, because I am one, and I lived with them all my life, so that’s what I started working with.”

The centerpiece of Catlett’s spring 1940 thesis project, Negro Mother and Child — a figure of a Black mother embracing her child, carved from Indiana limestone — was awarded first place for sculpture at the American Negro Exposition in Chicago held that year.

Catlett taught art at Dillard University in New Orleans — where she battled discrimination daily — and met her first husband, artist Charles White, while living in Chicago. She resigned from Dillard in 1942 and moved to New York City. There Catlett befriended painter Jacob Lawrence and studied lithography and other media at the Art Students League. Inspired by her studies with Ossip Zadkine, she began to incorporate abstract forms into her wood and stone sculptures.

In 1946, a grant supported her travel to Mexico to study its murals and graphic art. As Catlett had experienced the barbaric and deeply destructive system of racial segregation that the Jim Crow laws enforced in the United States, Mexico felt like a welcome escape. She would make the country her home and create much of her work there, divorcing White and marrying painter and printmaker Francisco Mora of the Taller de Gráfica Popular (People's Graphic Workshop), or TGP, in 1947. She collaborated with TGP, a graphic arts workshop dedicated to social issues located in Mexico City, on a number of works, including one of her best-known linoleum cut prints, Sharecropper (1952). The heroic depiction of an anonymous farm worker was intended to draw attention to the plight of Black tenant farmers who were ruthlessly exploited by the era’s white landowners.

Another iconic work of Catlett’s is Black Unity (1968), a raised fist sculpted from cedar, smooth and gleaming, with one side taking the form of two faces that resemble carved African masks. In the same year, the raised fist, a powerful symbol of the Civil Rights struggle and emblem of the Black Power movement, had been immortalized by two Black American athletes, John Carlos and Tommie Smith, who raised their black-gloved fists during the playing of the “Star-Spangled Banner” at the Summer Olympics in Mexico City.

Catlett was a professor of sculpture at the National Autonomous University of Mexico’s School of Fine Arts in Mexico City from 1958 until 1976, when she retired to focus on making art, exhibiting extensively in the years that followed. In 2003, she completed the Ralph Ellison Memorial in New York’s Riverside Park. That same year she received a lifetime achievement award from the International Sculpture Center. Her work is in the collections of museums worldwide, including the Smithsonian American Art Museum, Museum of Modern Art and the Metropolitan Museum of Art.

About the Seller
4.9 / 5
Located in Union City, NJ
Vetted Seller
These experienced sellers undergo a comprehensive evaluation by our team of in-house experts.
Established in 1975
1stDibs seller since 2018
348 sales on 1stDibs
Typical response time: 1 hour
More From This Seller

$2,081
Florida
By Dan Mehlman
Located in Troy, NY
In the background of this linocut in paper is a group, most probably retirees, who seem to be enjoying social time with each other around a table on a deck. Contrasting with the grou...
Category