H 60 in. W 36 in. D 11 in.
Rosewood Display Case, 1960s
Located in Montelabbate, PU
Display cabinet with bevelled corner on the front structure and base in solid rosewood, contains 3 shelves adjustable in height, Italy '60s.
Category

H 42.52 in. W 33.86 in. D 12.21 in.
Custom Glass Display Case
Located in Sag Harbor, NY
Made from heavy gauge steel with brass trim. This handsom case is stunning and functional. Display a collection or secure a high end store display. This piece has a creative locking ...
Category

H 49.5 in. W 60 in. D 24 in.
Venini Vetri Display Case
By Venini
Located in Sharon, CT
For a 1983 exhibition of Venini glass at The Heller Gallery these unique cases were designed by the Venini company and made in Italy. Three semi-circular glass shelves (22" x 15.75")...
Category

H 34.75 in. W 50 in. D 19 in.
Industrial Oak Jewelry Display Case
Located in Brooklyn, NY
Industrial, jewelry display case features a 9 inch height, oak and glass display cabinet with steel frame on a rolling iron base. The case opens from the top.
Category 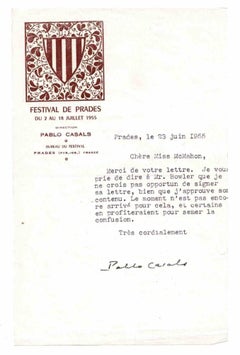 H 11.03 in. W 7.88 in. D 0.04 in.
Art Deco Display Case, 1930s
Located in Greding, DE
Art Deco display case on a veneered base with one folding door and a springbok ornament. The vitrine is nickel-plated, has two glass shelves and has the door opening at the side. The...
Category

H 65.36 in. W 34.26 in. D 17.52 in.
De Puydt Brutalist Oak Book Case
By De Puydt
Located in Los Angeles, CA
Large Brutalist oak unit with 4 shelves. In original condition with wear that's consistent with its age and use. Other standing shelving units are available and listed separately (LU...
Category

H 45.6 in. W 37.8 in. D 19.6 in.
Two Gucci Display Case, Italy 1960s
By Gucci
Located in London, GB
Italy, circa 1960s, store fixture in excellent condition. On the front it has three drawers and four matching doors/panels. Excellent example of craftsmanship and elegant proportions...
Category

H 1 in. W 2.4 in. Dm 3.2 in. L 3.2 in.
Midcentury Italian Modular Book Case, 1950
Located in Rome, IT
Remarkable bookcase with steel and brass details. Composed by two modules with 4 shelves, 3 drawers, 2 cabinets with doors and 1 cabinet with a folding writing table. It's a versati...
Category

H 116.15 in. W 63 in. D 16.54 in.
Mid-Century Display Case Cabinet by Martinsville
By American of Martinsville
Located in Brooklyn, NY
This large cabinet by Martinsville can be used as a display case or for storage with its large amount of shelf space and sliding glass doors. Handsome walnut woodgrain elevates this ...
Category

H 81.5 in. W 50 in. D 26.5 in.
Art Deco Waterfall Floor Radio Case in Walnut
By Montgomery Ward
Located in San Diego, CA
A very cool and unique piece can be used as a bar or place your stereo equipment inside we refinished the piece a very unique item it comes with its original speaker.
Category

H 39 in. W 19 in. D 12 in.
Boucheron Marguerit Powder Case, 1960
By Boucheron
Located in Paris, FR
Chic 18K yellow gold powder box from the "Marguerite" collection by Boucheron, circa 1960s. It features a repeating flower motif resembling marguerites throughout each side. Also fea...
Category

H 40 in. W 24 in. D 12 in.
Edward Wormley Book Case Designed for Dunbar, circa 1953
By Edward Wormley, Dunbar Furniture
Located in Camden, ME
Tapering three-shelved walnut bookcase / plate stand designed by Edward Wormley for Dunbar. Green Dunbar Berne Indiana metal tag is on the reverse. The bookcase is in excellent con...
Category

H 42 in. W 96.25 in. D 24 in.
Rare Display Case by Jindrich Halabala for Up Zavody, 1940s
By Jindrich Halabala
Located in Praha, CZ
Sideboard designed by Halabala was produced by UP Zavody only for two years (1946-1947) Extremely successful timeless piece of design. Rounded edges along the sides of the sideboard...
Category

Rare Display Case by Jindrich Halabala for Up Zavody, 1940s

H 59.85 in. W 37.41 in. D 19.69 in.
Mid-Century Chrome, Smoked Glass and Mirror Étagère/ Book case
Located in New York, NY
This stunning étagère was created by the legendary Pioneer of Mid-Century Modern design, circa 1970. It is the ultimate expression of sophisticated modern design with its elemental b...
Category

H 80 in. W 25.5 in. D 14.5 in.
Florence Knoll Credenza, Blonde Oak Case, White Marble Top, Original, Signed
By Knoll, Florence Knoll
Located in Kansas City, MO
Florence Knoll credenza in oak with Carrara marble top and chromed steel frame. This is one of the best examples of this design to come through our hands in 25 years in business. The...
Category

H 3.25 in. W 3.88 in. D .44 in.
Mid-Century Chrome & Smoked Glass & Mirror Étagère/ Book Case by DIA
By Design Institute America
Located in New York, NY
This is a first rate example of one of DIA's iconic designs. Constructed from lustrous chrome and smoked glass, the piece also features a mirrored bottom which echoes the highly refl...
Category

Case Vintage For Sale on 1stDibs

Choose from an assortment of styles, material and more with respect to the case vintage you’re looking for at 1stDibs. Frequently made of wood, metal and hardwood, every case vintage was constructed with great care. You’ve searched high and low for the perfect case vintage — we have versions that date back to the 20th Century alongside those produced as recently as the 21st Century are available. Each case vintage bearing Mid-Century Modern, Scandinavian Modern or Art Deco hallmarks is very popular. Many designers have produced at least one well-made case vintage over the years, but those crafted by Paul McCobb, George Nelson and Milo Baughman are often thought to be among the most beautiful.

How Much is a Case Vintage?