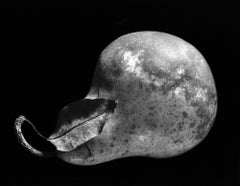 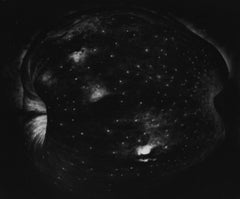 H 11 in. W 14 in. D 0.1 in.
New York City
By Elliott Erwitt
Located in Dallas, TX
Signed by Elliott Erwitt. Born to Russian parents in Paris in 1928, Elliott Erwitt spent his childhood in Milan, Italy, before emigrating to the United States. As a teenager living ...
Category

H 14 in. W 11 in. D 0.1 in.
New York City (Grace Kelly)
By Elliott Erwitt
Located in Dallas, TX
Signed by Elliott Erwitt Born to Russian parents in Paris in 1928, Elliott Erwitt spent his childhood in Milan, Italy, before emigrating to the United States. As a teenager living i...
Category

H 11 in. W 14 in. D 0.1 in.
Empire State Building, New York City
By Elliott Erwitt
Located in Dallas, TX
Signed by Elliott Erwitt. Born to Russian parents in Paris in 1928, Elliott Erwitt spent his childhood in Milan, Italy, before emigrating to the United States. As a teenager living ...
Category

H 24 in. W 30 in.
Mixed Signals, Experimental Night Photography of New York City
By Roberta Fineberg
Located in New york, NY
This vibrant dark abstract color panorama is from a series of images by the artist on intentional camera movement and light painting. A shot of the East River at dusk against a midni...
Category

H 20 in. W 16 in.
New York City Opera
By Richard Anuszkiewicz
Located in New York, NY
Anuszkiewicz created this poster, which was part of "Seven Serigraphs by Seven Artists" commemorating the 25th anniversary of City Center of Music and Dance, to support the New York ...
Category

H 35 in. W 25 in.
"Chelsea" Yvonne Jacquette Print of New York City
By Yvonne Jacquette
Located in Danvers, MA
In her nighttime or "nocturne" cityscape inspired by the intersection of 28th Street and 6th Avenue in Chelsea, New York City, Jacquette takes her distinctive aerial view of the illu...
Category

H 3 in. W 5 in.
New York City Skyline
By Luigi Kasimir
Located in New York, NY
Pencil signed color etching by Luigi Kasimir. Kasimir was an Austro-Hungarian-born artist, well-known for his views of major cities of the United States and Europe. Stamp on verso i...
Category

H 11.75 in. W 14 in.
Local Stop (New York City)
By Anthony Velonis
Located in New York, NY
Anthony Velonis (1911-1997) was an extremely innovative artist. He learned the technique of screen printing, also known as silkscreen, (for which he also coined the term serigraphy) ...
Category

H 13 in. W 15.75 in.
Street Pavers (New York City)
By James Penney
Located in New York, NY
James Penney was widely known for his New Yorker covers as well as his paintings and prints. This lithograph of male laborers, Street Pavers, reminds us of the back-breaking labor th...
Category

H 11 in. W 15 in.
(Industrial Landscape, New York City)
By Leonard Pytlak
Located in New York, NY
This lithograph is signed and number in pencil. It is numbered 18/18 indicating there were 18 impressions of this subject printed.
Category

H 5.50 in. W 3.50 in.
Side Street (New York City)
By Leonard Pytlak
Located in New York, NY
This lithograph is signed in pencil. Leonard Pytlak lived on the East Side of Manhattan and this image recalls the 59th Street Bridge (also known as the Queensboro Bridge and the Ed...
Category

H 23 in. W 17 in.
New York in 1819, Broadway & City Hall
Located in New York, NY
Part of a set of prints that depict iconic images of New York. A wonderful view of New York City Hall, one of the few municipal buildings that has outlasted the test of time. We see ...
Category

H 21.75 in. W 16.5 in.
Riders in Central Park (New York City)
Located in New York, NY
Such an innovative image on the classic 'Riders in the Park' theme! Further, the use of drypoint and the rather direct -- even aggressive -- drawing style, bring it into the German E...
Category

George Hayward
Plan of the City of New York, 1848

George Hayward
Plan of the City of New York, 1858

H 22.25 in. W 30 in.
City Evening, Large Scale Whiteline Woodcut New York City at Night ed. 25
By Aline Feldman
Located in Bal Harbour, FL
Aline Feldman was born in 1928 and grew up in Kansas. She studied design and printmaking at Washington University in St. Louis under Werner Drewes and Fred Becker, respectively. She ...
Category

Find a variety of new york city prints available on 1stDibs. Browse a selection of Contemporary, Pop Art or Street Art versions of these works for sale today — there are 195 Contemporary, 81 Pop Art, 63 Modern, 33 Abstract and 14 Street Art examples available. These items have been made for many years, with versions that date back to the 18th Century alongside those produced as recently as the 21st Century. New york city prints available on 1stDibs span a range of colors that includes black, gray, beige, blue and more. Many versions of these artworks are appealing in their rich colors and composition, but Elliott Erwitt, Jack Mitchell, Mitchell Funk, Alejandro Cerutti and Leonard Freed produced especially popular works that are worth a look. Frequently made by artists working in silver gelatin print, pigment print and archival pigment print, all of these available pieces are unique and have attracted attention over the years. If space is limited, there are small new york city prints measuring 3 across, while our inventory also includes pieces up to 105 inches across to better suit those in the market for large iterations.

How Much are New York City Prints?

Prices for art of this kind can differ depending upon size, time period and other attributes — new york city prints in our inventory begin at $150 and can go as high as $85,674, while the average can fetch as much as $2,000.