Following some of the darkest times in human history, mid-century furniture manufacturer Doria Leuchten emerged in post-WWII Germany as a purveyor of brilliantly designed table lamps, chandeliers and other lighting fixtures for homeowners of the era.

Founded in 1945, the artisans at Doria Leuchten worked out of the Dynamit Nobel site in Fürth. Known during the first World War as one of the largest private primer manufacturing facilities in the world, it produced small-caliber cartridges for the German military during the second World War before being dismantled. The company moved to Werkstraẞe in Stadeln three years later, where their eye-catching high-end lamps — sculptural “cascading” chandeliers with Murano elements, hand-blown bubble glass table lamps mounted on chrome bases — would garner international acclaim.

During the 1960s, Doria Leuchten attracted the talents of German industrial designer Wilhelm Braun Feldweg to create its celebrated Avus, Berlin-Serie and Modell 101 fixtures. Mid-century modern designer Klaus Slama was also brought on to design many lamps such as the Doria Mushroom table lamp. Many of the brand’s hanging lamps, including the 1968 Glass Tube Chandelier and the 1980 Pendelkrone, are winners of iF Design Awards.

In 1986, owing to dwindling consumer demand for luxury lighting as compared to increasingly available cheaper alternatives, Doria Leuchten declared bankruptcy. It had been known by other names over the years such as DORIA-Werk, Beleuchtungsglas and Walter Donner GmbH & Co. KG.

H 47.25 in. Dm 12.6 in.
Pendant Lamp by Doria Leucten, Germany, Metal Plates, 1970s
By Doria Leuchten Germany
Located in Berlin, BE
Rare pendant lamp made of many round metal plates. Manufacturer: DORIA Leuchten A great colorful spot in your interior. Well preserved partly new painting of the white plates...
Category

H 60 in. Dm 13.8 in.
Bubble Glass Wall Lights or Wall Sconces by Doria Leuchten, 1960s
By Doria Leuchten Germany
Located in Rijssen, NL
Wonderful high-end Doria wall lights. Manufactured in the 1960s in Germany, Europe by Doria Leuchten. With a clear and blown glass bulb. The stylish elegance of this lamp suits many...
Category

H 47.25 in. W 15.75 in. D 15.75 in.
Rare Vintage Doria Leuchten Design Lamp, Unique Large Space Age Floorlamp
By Doria Leuchten Germany
Located in ROTTERDAM, ZH
What a piece! This huge lamp is a one of a kind. How long you will search, you will never find another one. This lamp is an unique piece and a must haven for every Space Age / design...
Category

H 47.25 in. Dm 13.78 in.
Wall Lights by Doria Leuchten in Metal
By Doria Leuchten Germany
Located in Waalwijk, NL
Doria Leuchten, sconces or wall lights, metal, Germany, 1970s.  This set of three white metal wall or ceiling lights offer a unique opportunity to make a statement in your interio...
Category

H 39.38 in. Dm 20.87 in.
Rare Set of 3 Mid-Century Green Murano Glass Pendant Lights by Doria, circa 1970
By Doria Leuchten Germany
Located in Landau an der Isar, Bayern
A beautiful set of three Mid-Century Bubble glass pendant lights by Doria Leuchten, Germany. Made in the later half of the 1960s to early 1970s, this gorgeous pendant features wonder...
Category 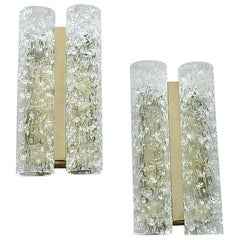 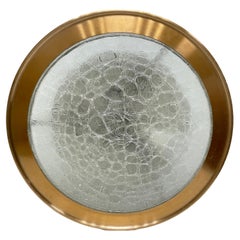 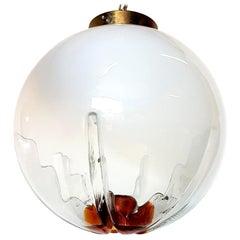 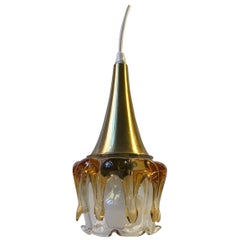 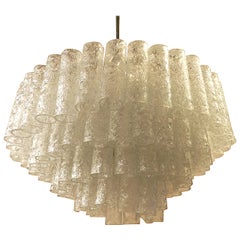 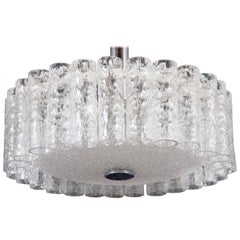