Italo Botti was born in Greenwich Village, New York, in 1923. His artistic career began at the age of nine years, upon winning a competition, which led to a scholarship at the Leonardo da Vinci School of Art, in Brooklyn. He subsequently studied at the Brooklyn Academy of Fine Art, at the Abracheff School of Fine Art and the Art Student's League of New York. Major influences on his work have been Nicolai Abracheff, Frank Vincent Dumond, Reginald Marsh and Bernard Lamott, all of whom were his instructors. After the Second World War, Mr. Botti taught at the City College of New York and expanded his repertoire executing murals, mosaics, stained glass and sculpture.

(Biography provided by Quintessential Things)
Applied Filters1 result
Creator:Italo Botti
1
to
Item Ships From
1
1
1
1
1
1
1
1
1
1
1
1,801
1,543
1,374
1,319
Nude Painting by Italo Botti
By Italo Botti
Located in Chicago, IL
This is a nude painting of a woman by Italo Botti. He was born 1923 Greenwich Village New York. He was an artist whose stained glass, mosaics and sculptures appear in Chicago and wor...
Category 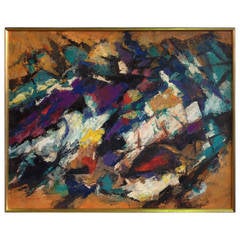 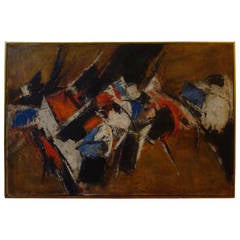