Friedeberg was born in Florence to German parents and moved with his mother to Mexico at the outset of World War II. As a university student in Mexico City in the 1950s, he initially studied architecture, but his designs for fantastical buildings ran afoul of his rationalist, Bauhaus-oriented teachers. By chance, his drawings came to the attention of Mathias Goeritz, the German-born Dadaist painter and sculptor. He encouraged Friedeberg and made him a protégé. Friedeberg credits his mentor for instilling in him a fanatical attention to detail in his work. Friedeberg produced his first Hand chair in 1961, and has since created numerous iterations. He has also made several variants using other human limbs in different functional forms such as tables and clocks.

While Friedeberg’s sculptural pieces have a gentle character that is sometimes described as spiritual, his paintings are something entirely different. He employs deep perspective to create hypnotic, painstakingly rendered canvases that suggest rooms and cityscapes. Whatever the medium, Friedeberg’s work is arresting and instantly recognizable. The Hand chair, though familiar, remains a captivating piece — both furniture and artwork — that stands apart in any interior. Examples are often priced between $20,000 and $30,000, depending on formal variations (such as a foot-shaped pedestal), material and condition. Smaller functional items such as tabletop clocks bring about $9,000. His paintings and drawings require space; they are meant to be contemplated. Prices on original examples start at about $30,000; prints generally sell in the region of $900.

H 22 in. W 16.5 in. D 8 in.
Pedro Friedeberg Clock
By Pedro Friedeberg
Located in West Palm Beach, FL
A wonderful gold-leafed variation of this form. Signed under the foot.
Category 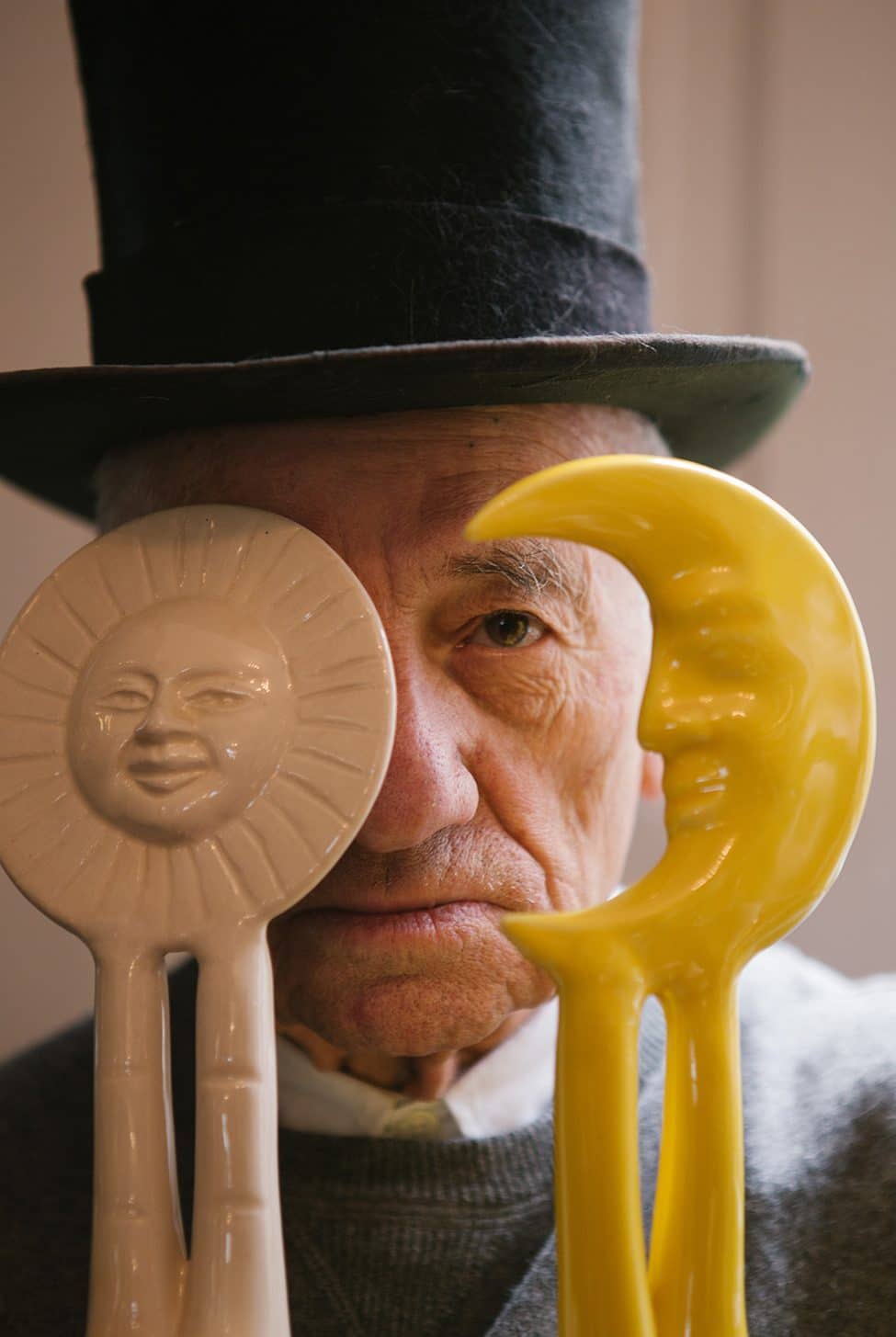 Furniture from Pedro Friedeberg are available for sale on 1stDibs. These distinctive objects are often made of wood and designed with extraordinary care. In our Pedro Friedeberg collection, there are many options to choose from, although brown editions of this piece are particularly popular. 45 vintage editions of these items are in stock, while there are 4 modern editions to choose from as well. Many original furniture by Pedro Friedeberg were created in North America during the 20th century in the Mid-Century Modern style. If you’re looking for additional options, many customers also consider furniture by Pepe Mendoza, Feliciano Béjar and Sergio Bustamante. Prices for furniture Pedro Friedeberg can vary depending upon size, time period and other attributes. The price for these items starts at $325 and tops out at $39,500, while pieces like these can sell for on average $12,000.