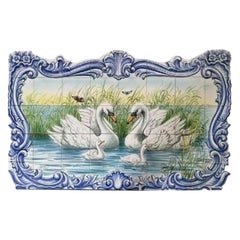 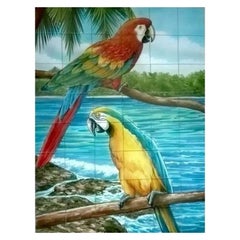 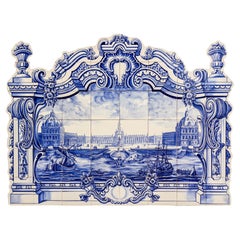 How Much is a Ceramic Tile Mural?

A ceramic tile mural can differ in price owing to various characteristics — the average selling price 1stDibs is $13,744, while the lowest priced sells for $1,250 and the highest can go for as much as $55,953.

A Close Look at modern Furniture

The late 19th and early 20th centuries saw sweeping social change and major scientific advances — both of which contributed to a new aesthetic: modernism. Rejecting the rigidity of Victorian artistic conventions, modernists sought a new means of expression. References to the natural world and ornate classical embellishments gave way to the sleek simplicity of the Machine Age. Architect Philip Johnson characterized the hallmarks of modernism as “machine-like simplicity, smoothness or surface [and] avoidance of ornament.”

Early practitioners of modernist design include the De Stijl (“The Style”) group, founded in the Netherlands in 1917, and the Bauhaus School, founded two years later in Germany.

Followers of both groups produced sleek, spare designs — many of which became icons of daily life in the 20th century. The modernists rejected both natural and historical references and relied primarily on industrial materials such as metal, glass, plywood, and, later, plastics. While Bauhaus principals Marcel Breuer and Ludwig Mies van der Rohe created furniture from mass-produced, chrome-plated steel, American visionaries like Charles and Ray Eames worked in materials as novel as molded plywood and fiberglass. Today, Breuer’s Wassily chair, Mies van der Rohe’s Barcelona chair — crafted with his romantic partner, designer Lilly Reich — and the Eames lounge chair are emblems of progressive design and vintage originals are prized cornerstones of collections.

It’s difficult to overstate the influence that modernism continues to wield over designers and architects — and equally difficult to overstate how revolutionary it was when it first appeared a century ago. But because modernist furniture designs are so simple, they can blend in seamlessly with just about any type of décor. Don’t overlook them.

Finding the Right Wall Decorations for You

An empty wall in your home is a blank canvas, and that’s good news. Whether you’ve chosen to arrange a collage of paintings in a hallway or carefully position a handful of wall-mounted sculptures in your dining room, there are a lot of options for beautifying your space with the antique and vintage wall decor and decorations available on 1stDibs.

If you’re seeking inspiration for your wall decor, we’ve got some ideas (and we can show you how to arrange wall art, too).

“I recommend leaving enough space above the piece of furniture to allow for usable workspace and to protect the art from other items damaging it,” says Susana Simonpietri, of Brooklyn home design studio Chango & Co.

Hanging a single attention-grabbing large-scale print or poster over your bar or bar cart can prove intoxicating, but the maximalist approach of a salon-style hang, a practice rooted in 17th-century France, can help showcase works of various shapes, styles and sizes on a single wall or part of a wall.

If you’re planning on creating an accent wall — or just aiming to bring a variety of colors and textures into a bedroom — there is more than one way to decorate with wallpaper. Otherwise, don’t overlook what textiles can introduce to a space. A vintage tapestry can work wonders and will be easy to move when you’ve found that dream apartment in another borough.

Express your taste and personality with the right ornamental touch for the walls of your home or office — find a range of contemporary art, vintage photography, paintings and other wall decor and decorations on 1stDibs now.