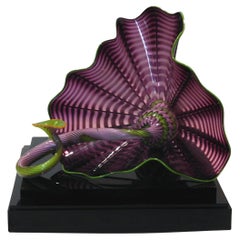 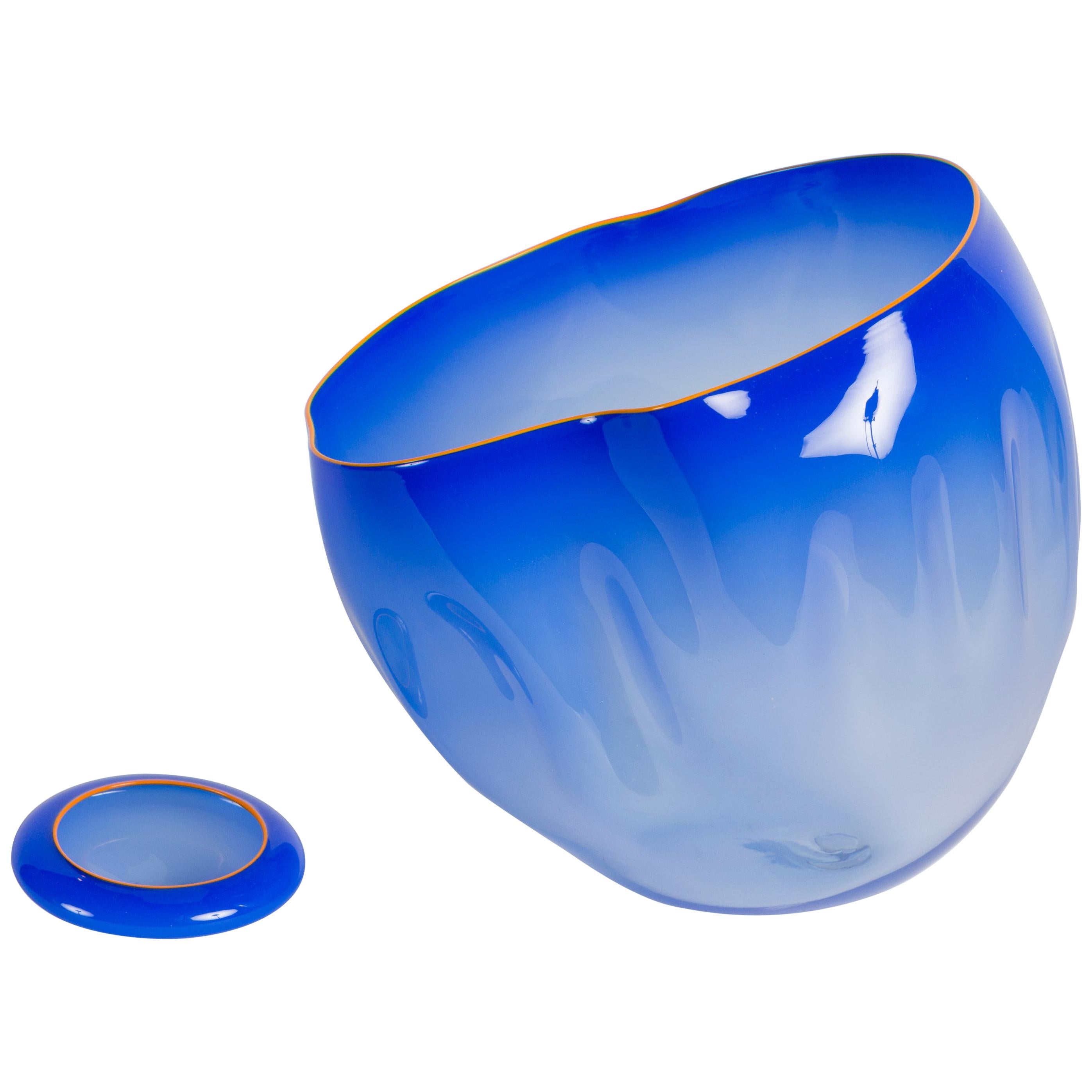 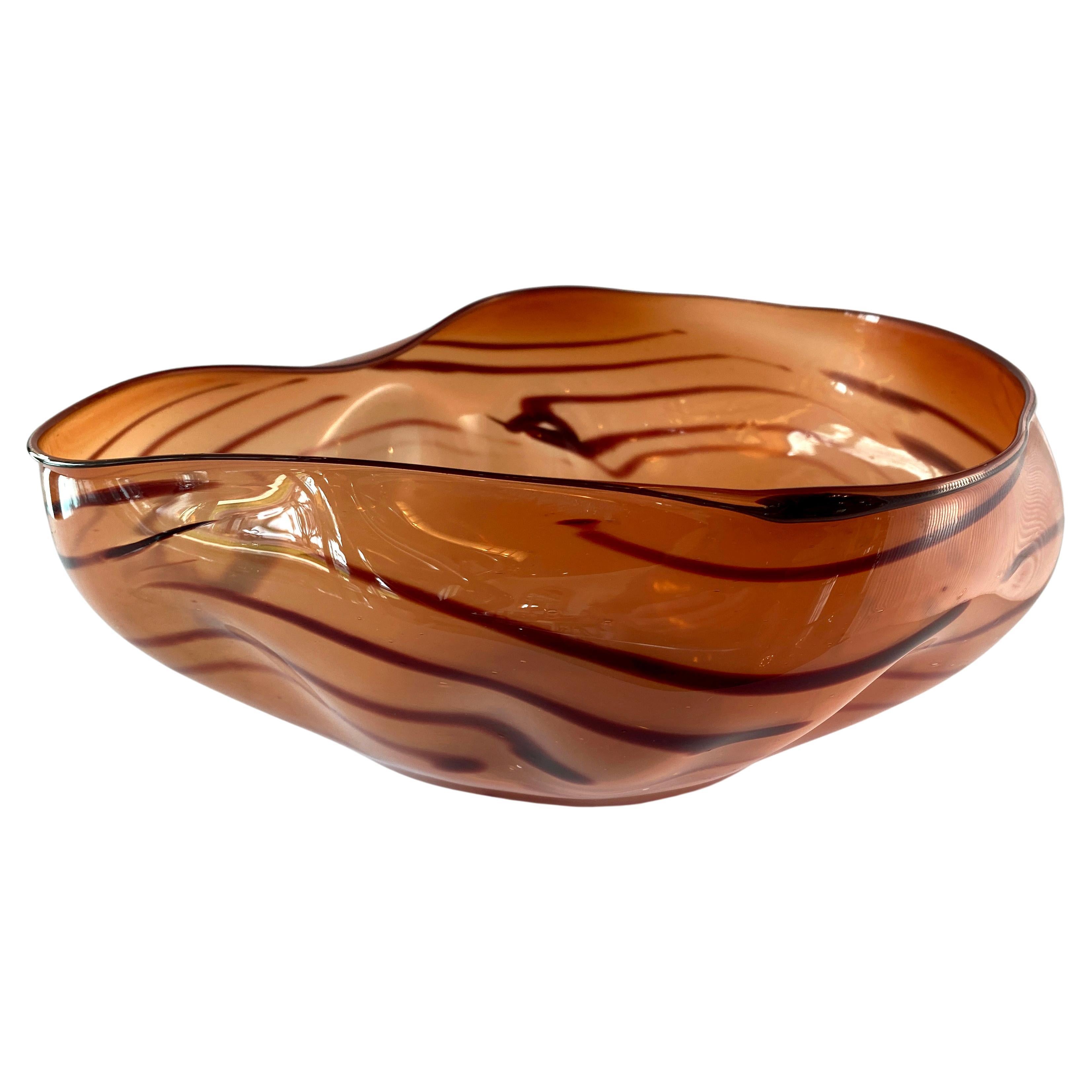 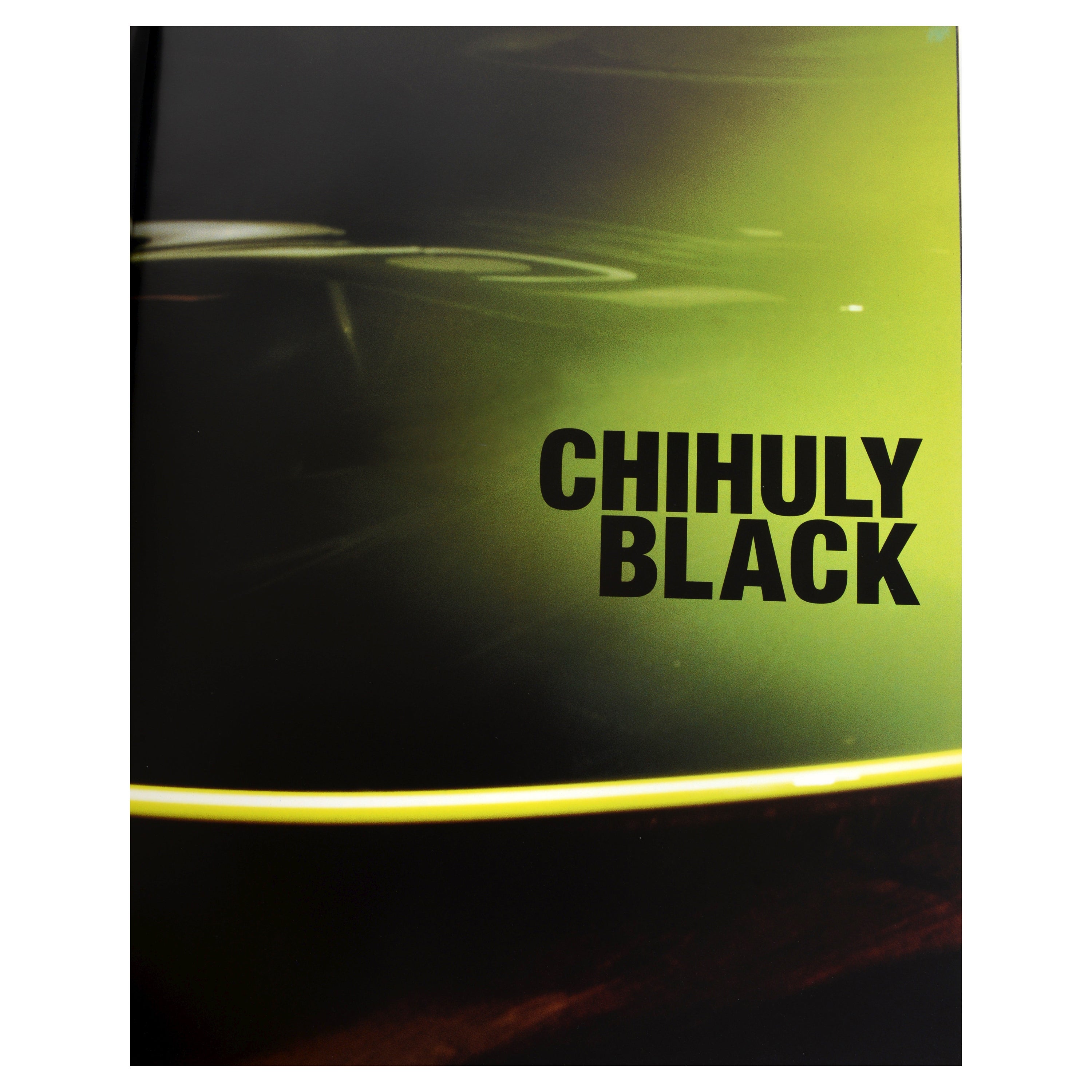 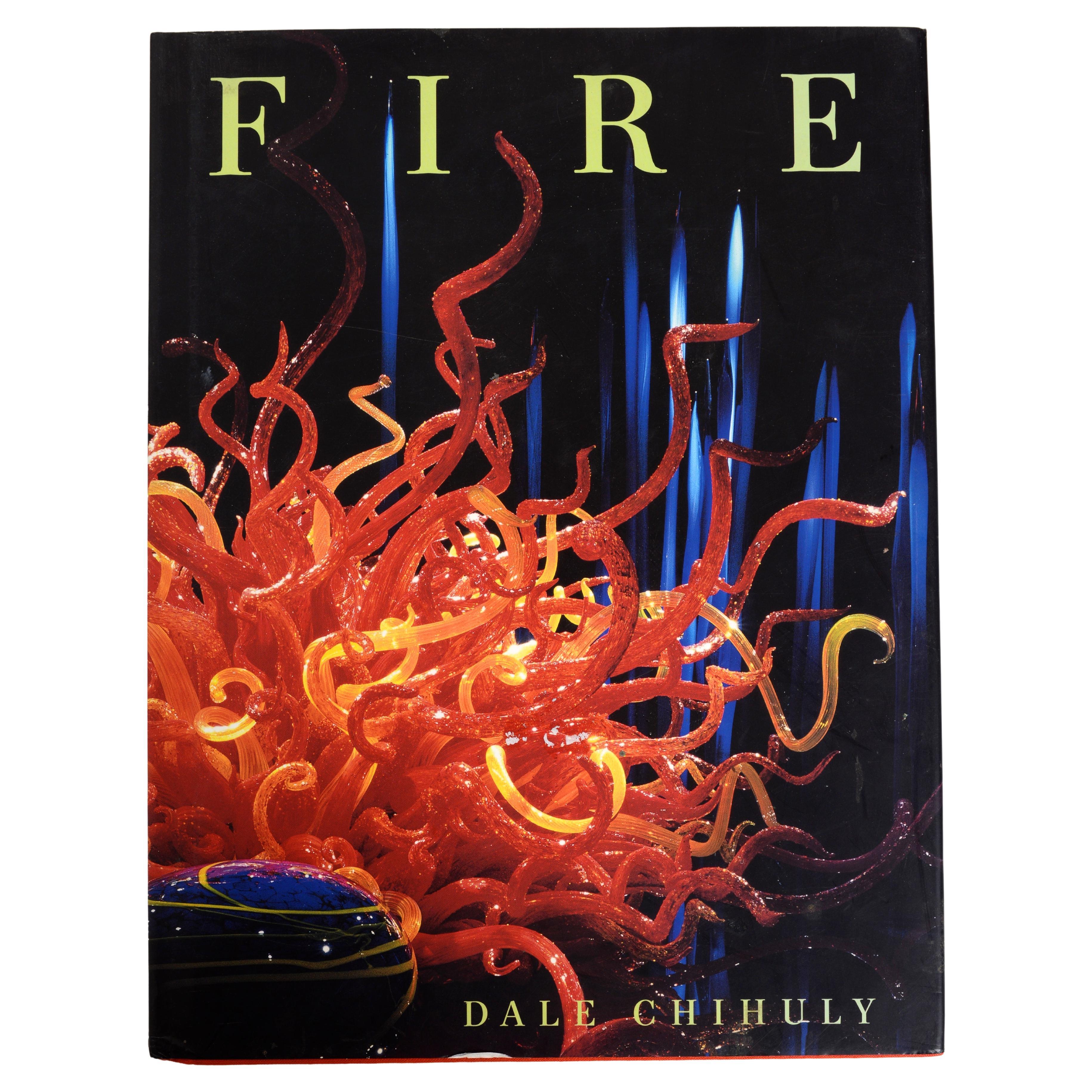 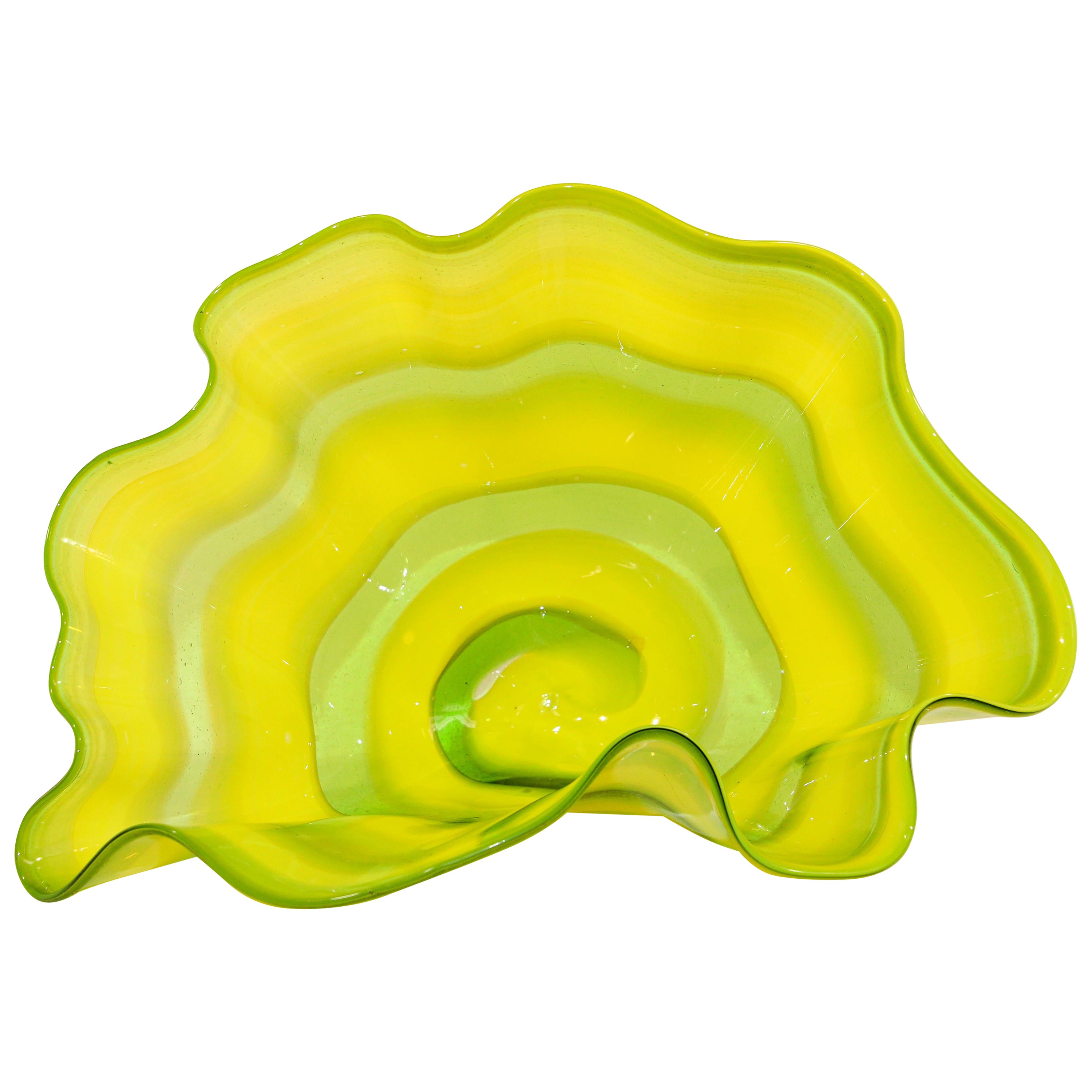 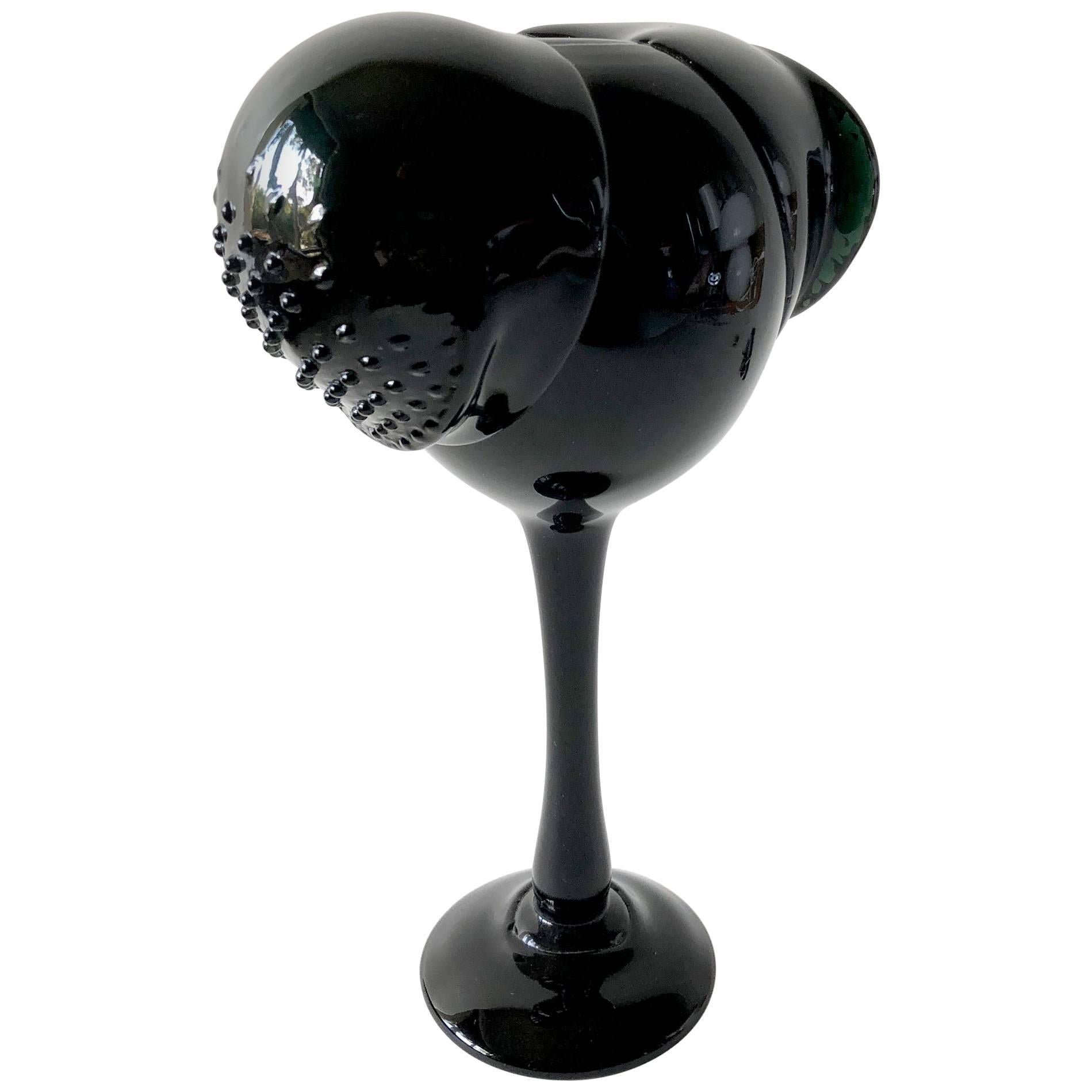 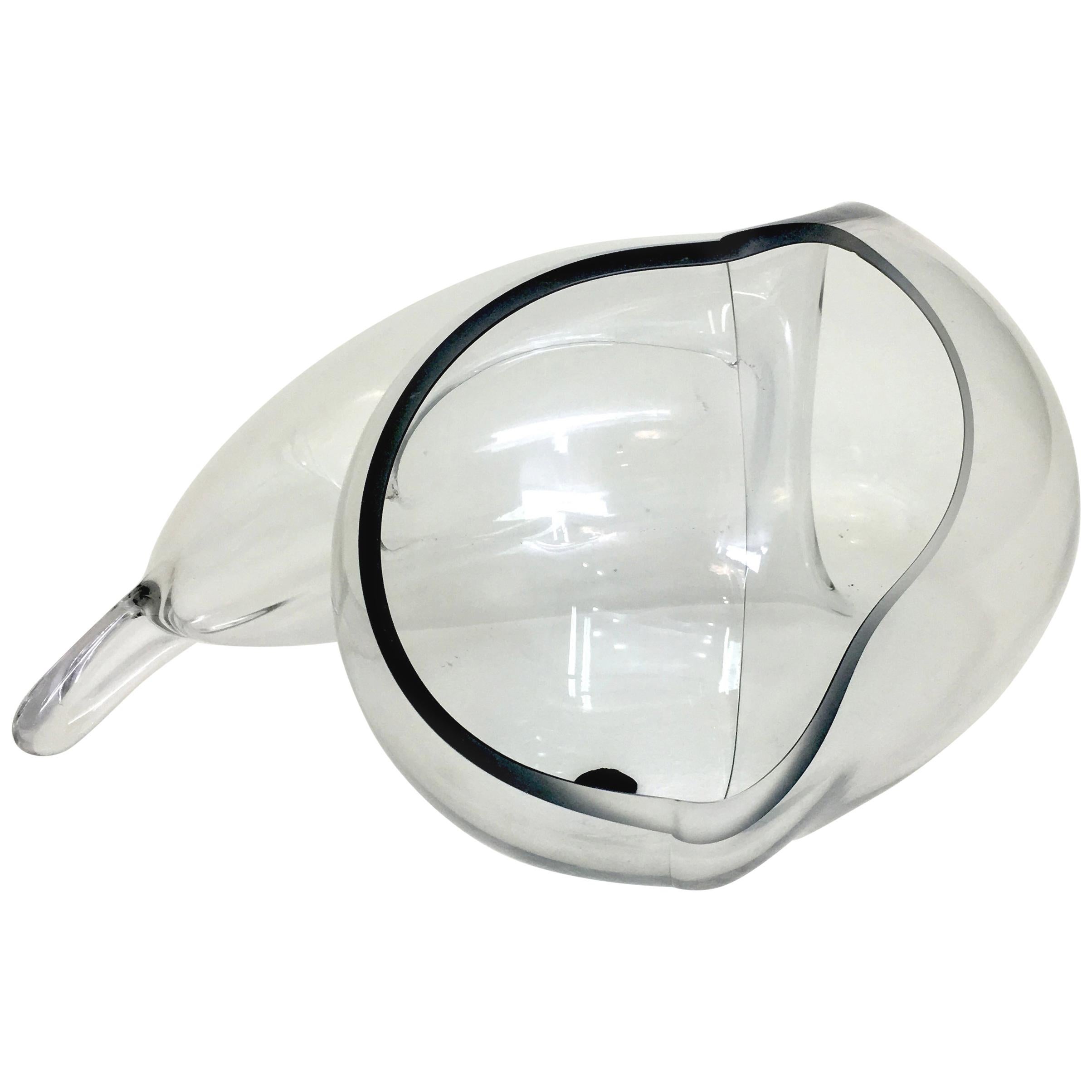 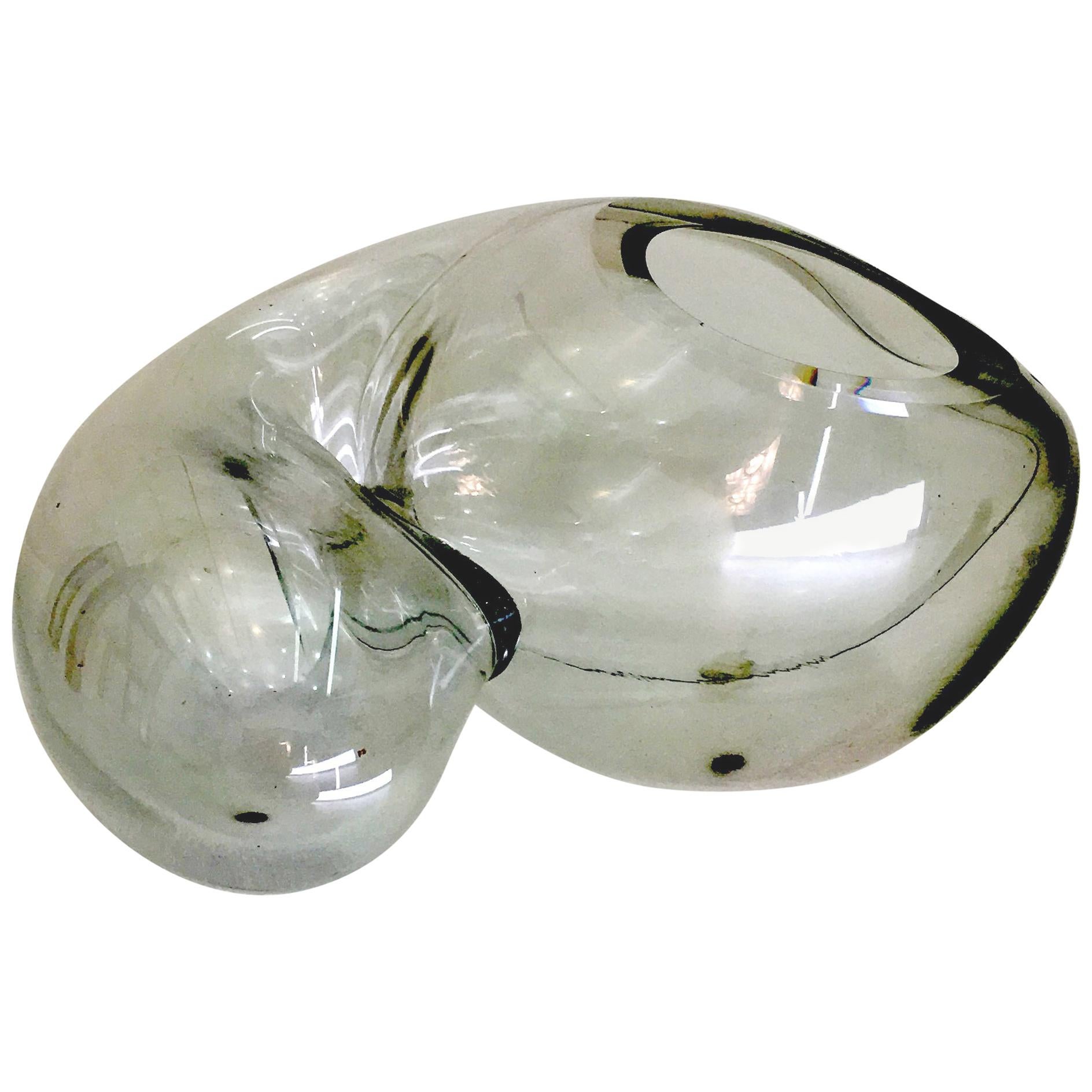 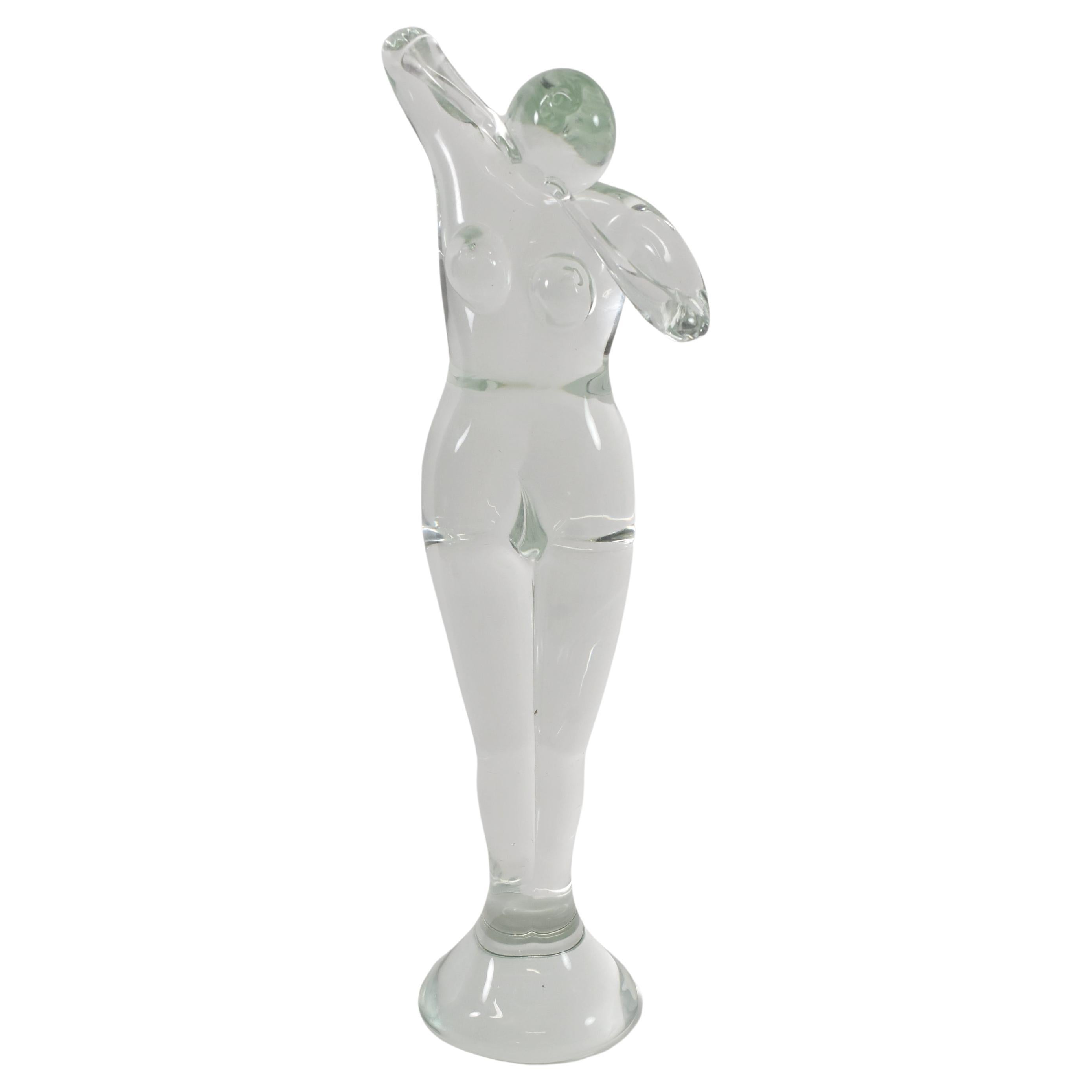 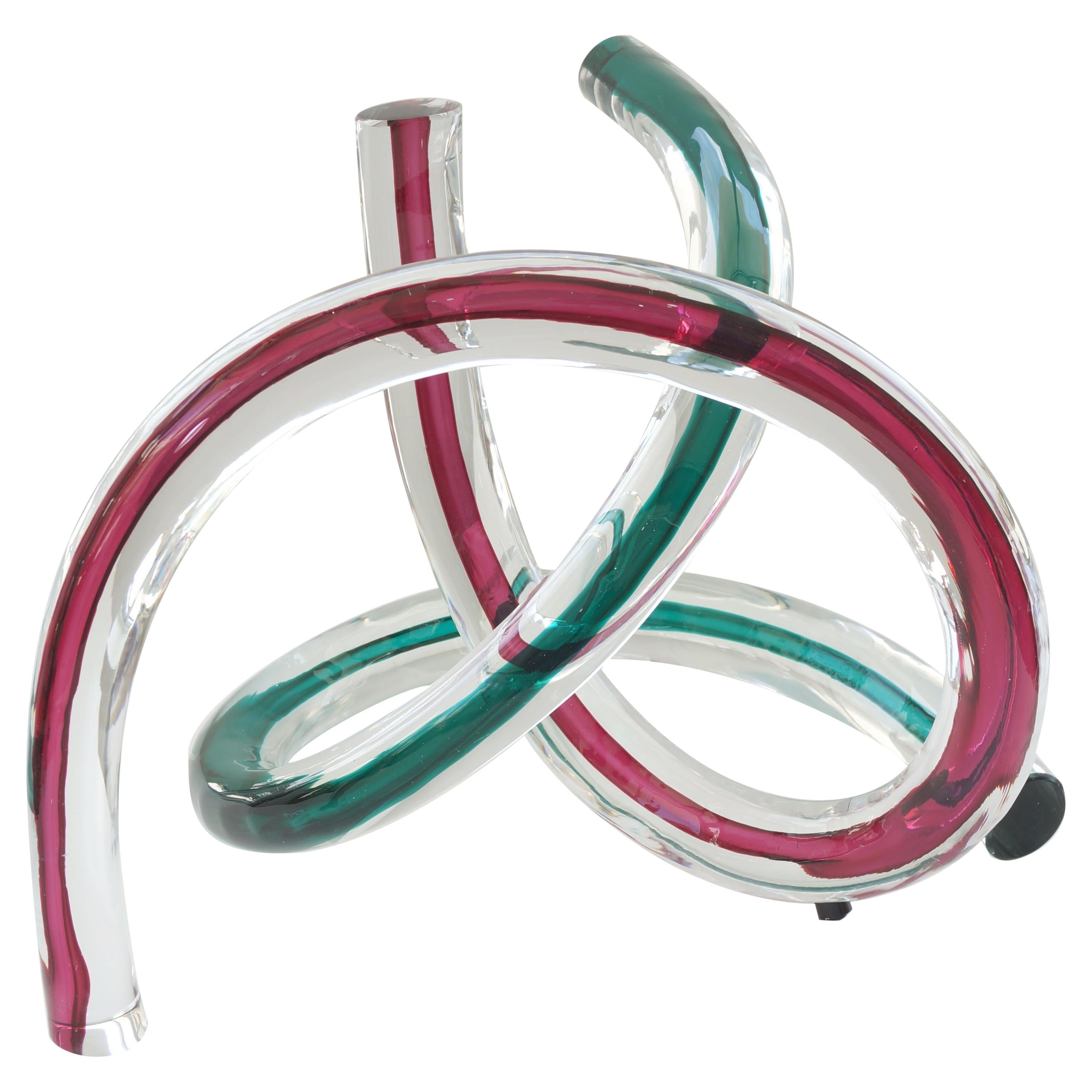 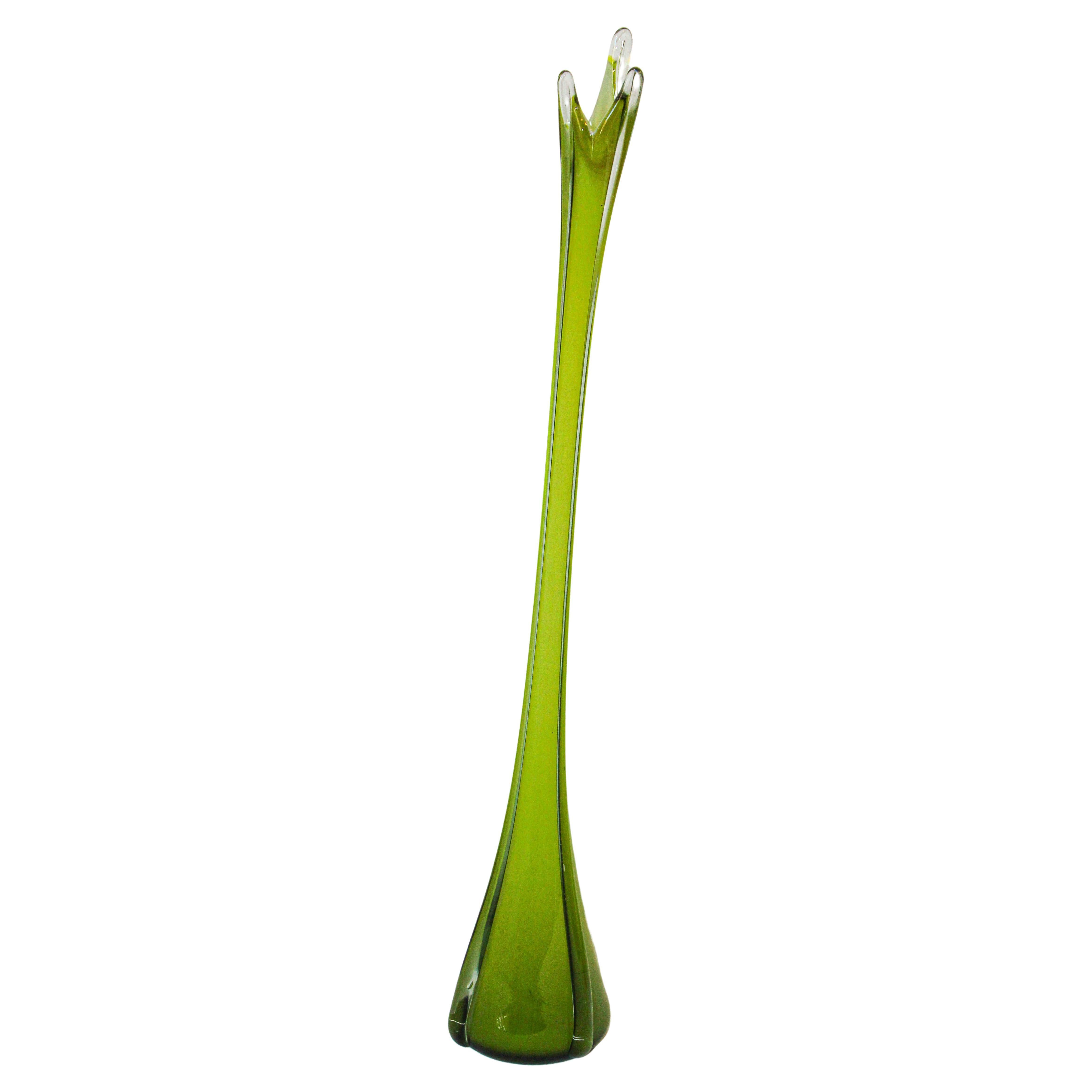 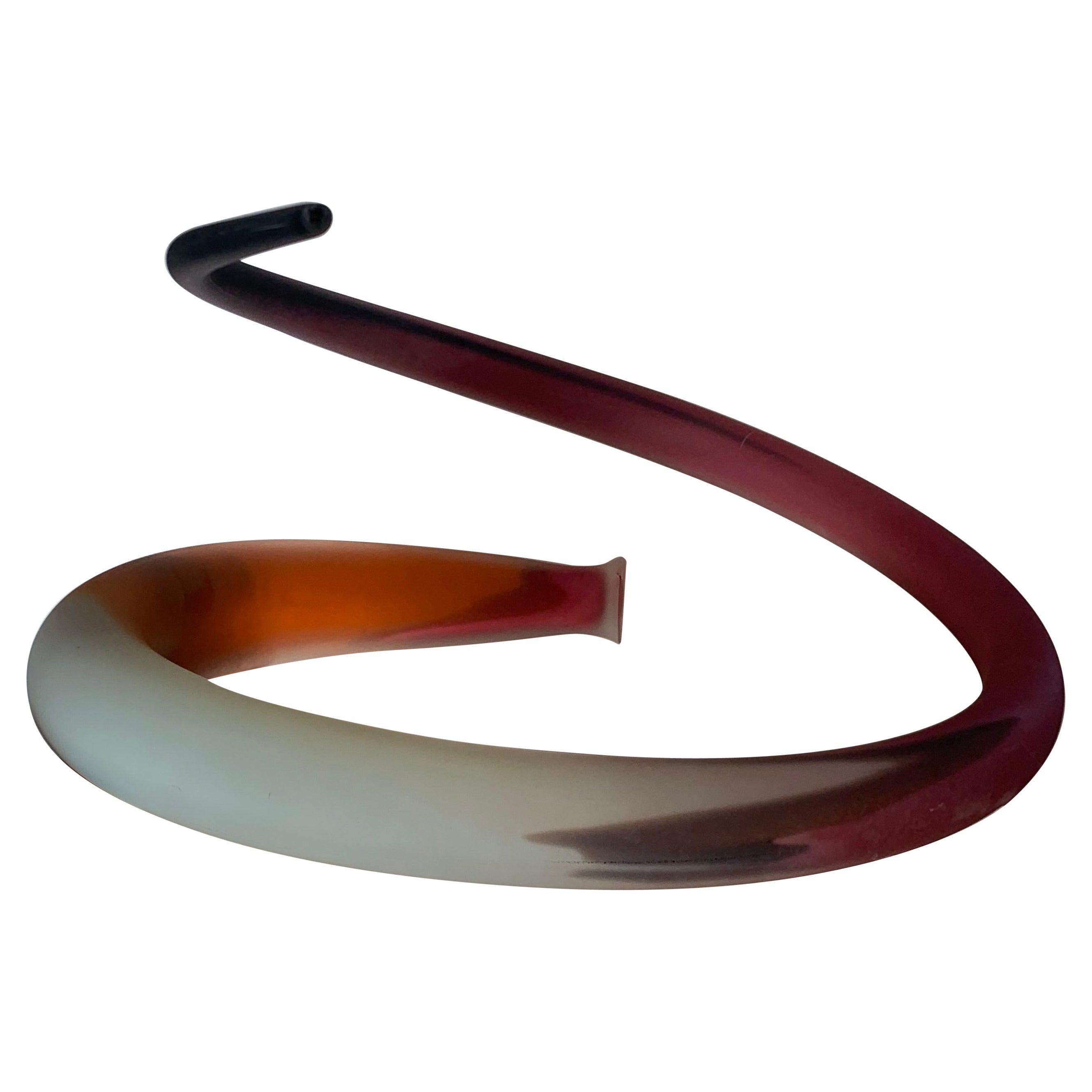 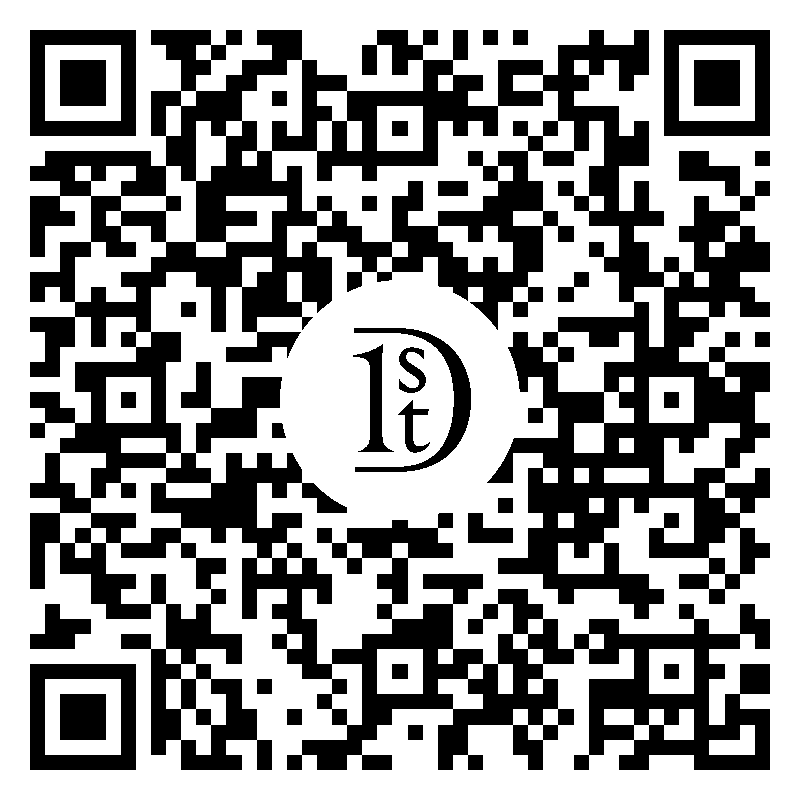 Dale Chihuly - Amethyst Persian 2 piece set, 2005 Portland Press Edition Medium: Handblown glass Size: 10" x 11" Inscription: Inscribed "Chihuly" on the side and "PP05" on base" on ball foot Condition: Excellent condition with no damage “Amethyst Persian” set is composed of two pieces, hand blown with etched signature “Chihuly” on the side. This set presents in the original lucite display box with a black base. The 1980s were an exceptionally prolific period for Dale Chihuly, as he started the most of his successful glass art series at this time. Daring experimentation, collaborations, brilliant ideas and innovation dominated the decade. It’s not a surprise that in 1986 the first “Persians”, one of the creatively progressive series of glasswork was born. Inspired by the Orient, ancient treasures, lost civilizations, exotic cultures, and bright colors, Chihuly invented a new line of dainty, elegant vessels. Their forms were flowing freely, reminiscent of smooth movements of silk or cashmere, while their translucence brought new qualities to the art of glass blowing. Over time, “Persians” became a trademark of Chihuly’s creative genius, known for their vibrant color, soft lines and mysterious designs. “Amethyst Persian” is one of the many 2-piece sets Chihuly imagined. It’s a marriage of two seemingly incompatible forms, one calyx and one gynoecium, alluding to the floral natural mysteries enhanced by the bright pink amethyst lines and a bright green lip wrap. The work belongs to highly collectible Portland Press edition, coveted for its chromatic value and interesting shapes. Even though “Persians” are inherently culturally imbued, “Amethyst Persian” set steps out of this artificial setting and returns to one of the Chihuly’s favorite inspirations - nature. 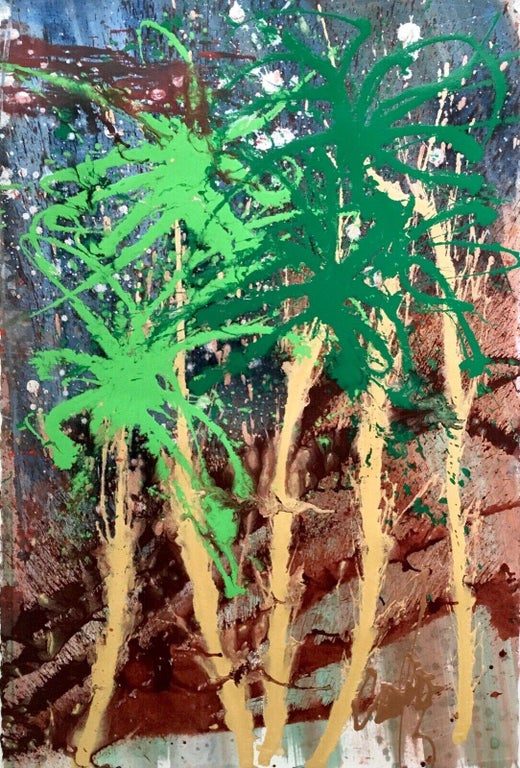 With his sculptural works that fuse naturalistic forms with vibrant colors, Dale Chihuly has established himself as one of the world’s preeminent contemporary makers of art glass. The Tacoma, Washington, native’s experimental techniques — manifest in large-scale glass sculptures, installations and environmental artworks alongside smaller table-top pieces — combine fine art, design, architecture and craft.

Chihuly’s inspired creative energy has brought glass blowing to a place at the forefront of the arts in the United States. His prolific body of work is coupled with a dedication to artistic instruction, education and community. Trained in interior design at the University of Washington, he pursued graduate work with Harvey Littleton, who built the first academic art glass program in the U.S. at the University of Wisconsin-Madison. After further studies at the Rhode Island School of Design, Chihuly was awarded a 1968 Fulbright Fellowship to study glass blowing at the Venini glass factory on the island of Murano in Venice, where he was first introduced to group collaboration in glass making. Not only has Chihuly been committed to his own improvement as an artist, but he has also devoted much of his career to sharing his knowledge. He returned to RISD as an instructor, and after working there for more than a decade and he cofounded the Pilchuck Glass School in Washington State in 1971. An automobile accident in 1976 left Chihuly blind in one eye; a subsequent injury while bodysurfing weakened one shoulder, leaving him reliant on assistant glassblowers to execute his designs.

Chihuly’s skills and technical innovations have allowed him to make pieces in an astonishing array of patterns, textures and hues — yet his work can be recognized immediately. He has created several notable extended series of artworks. These include his “Seaforms,” which evoke shells, starfish and other marine animals; “Blankets,” which are composed of cylindrical units in patterns suggested by Native American textiles; and, most famously, his grand chandeliers made up of scores of curling, curving, pepper-shaped elements. Whether large or small, as you will see on 1stDibs, the works of Dale Chihuly blend practical flair and bravura artistry. They are a highlight of any contemporary art and design collection.

About the Seller
5.0
Located in Phoenix, AZ
Gold Seller
These expertly vetted sellers are highly rated and consistently exceed customer expectations.
Established in 1988
1stDibs seller since 2016
282 sales on 1stDibs
Typical response time: 2 hours
More From This SellerView All
You May Also Like