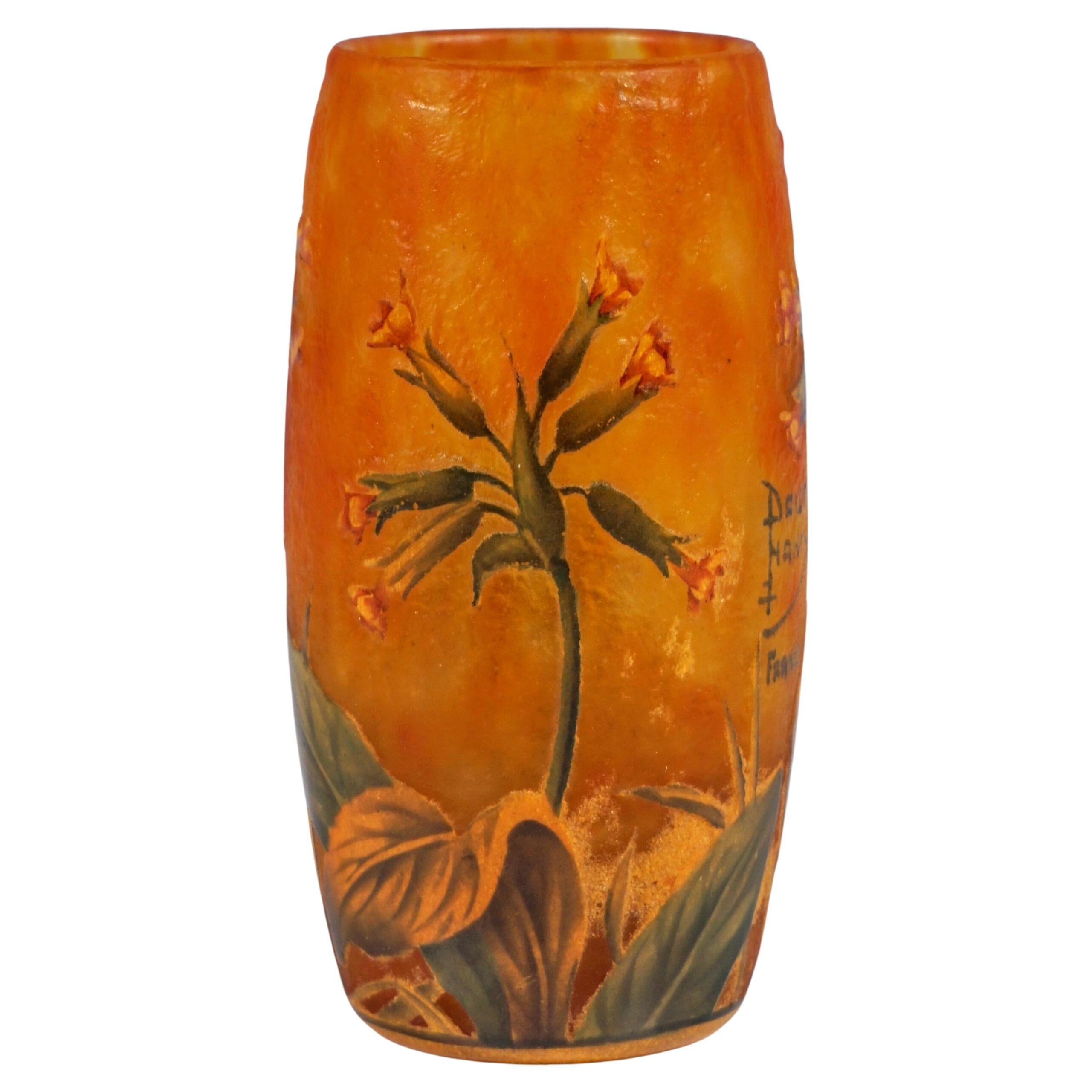 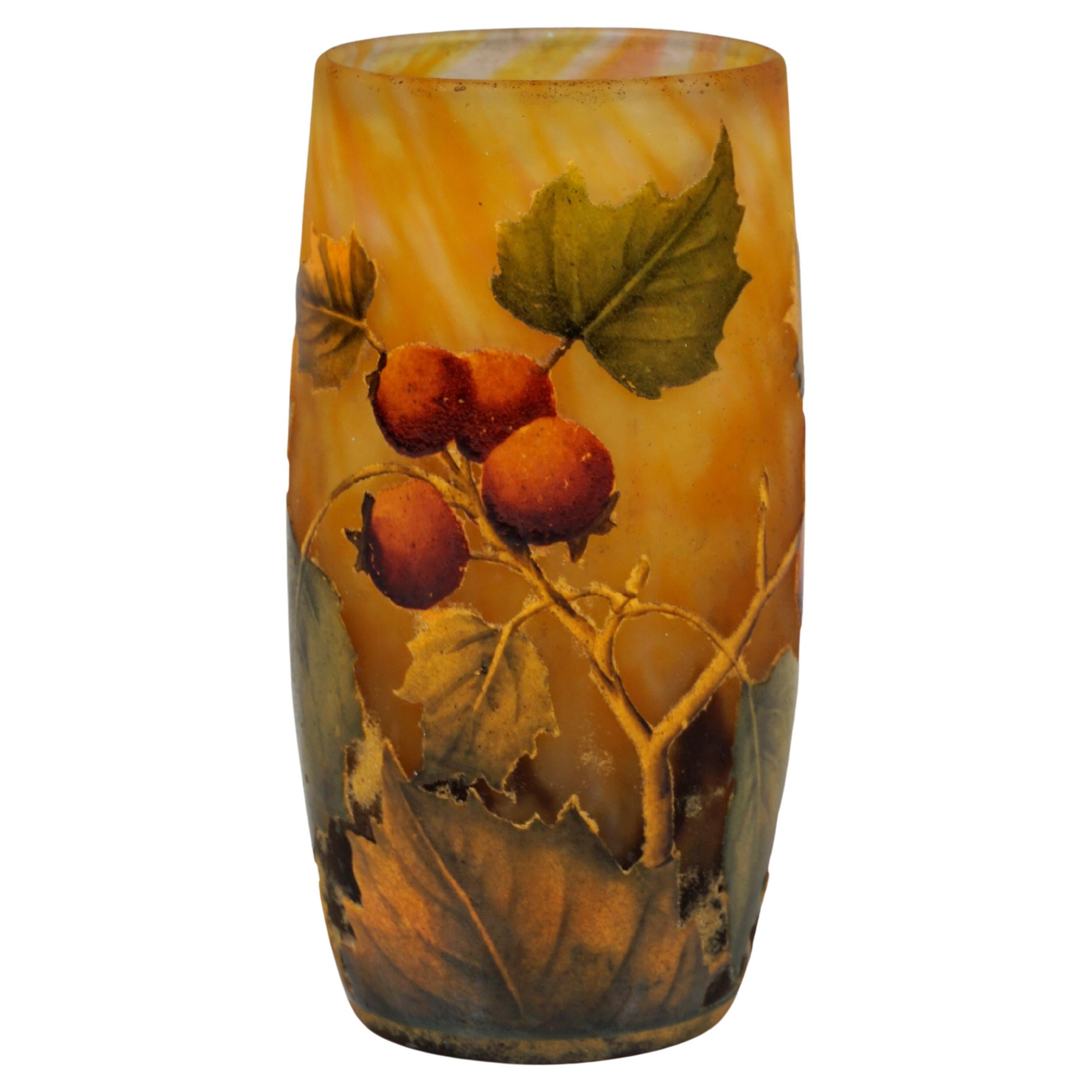 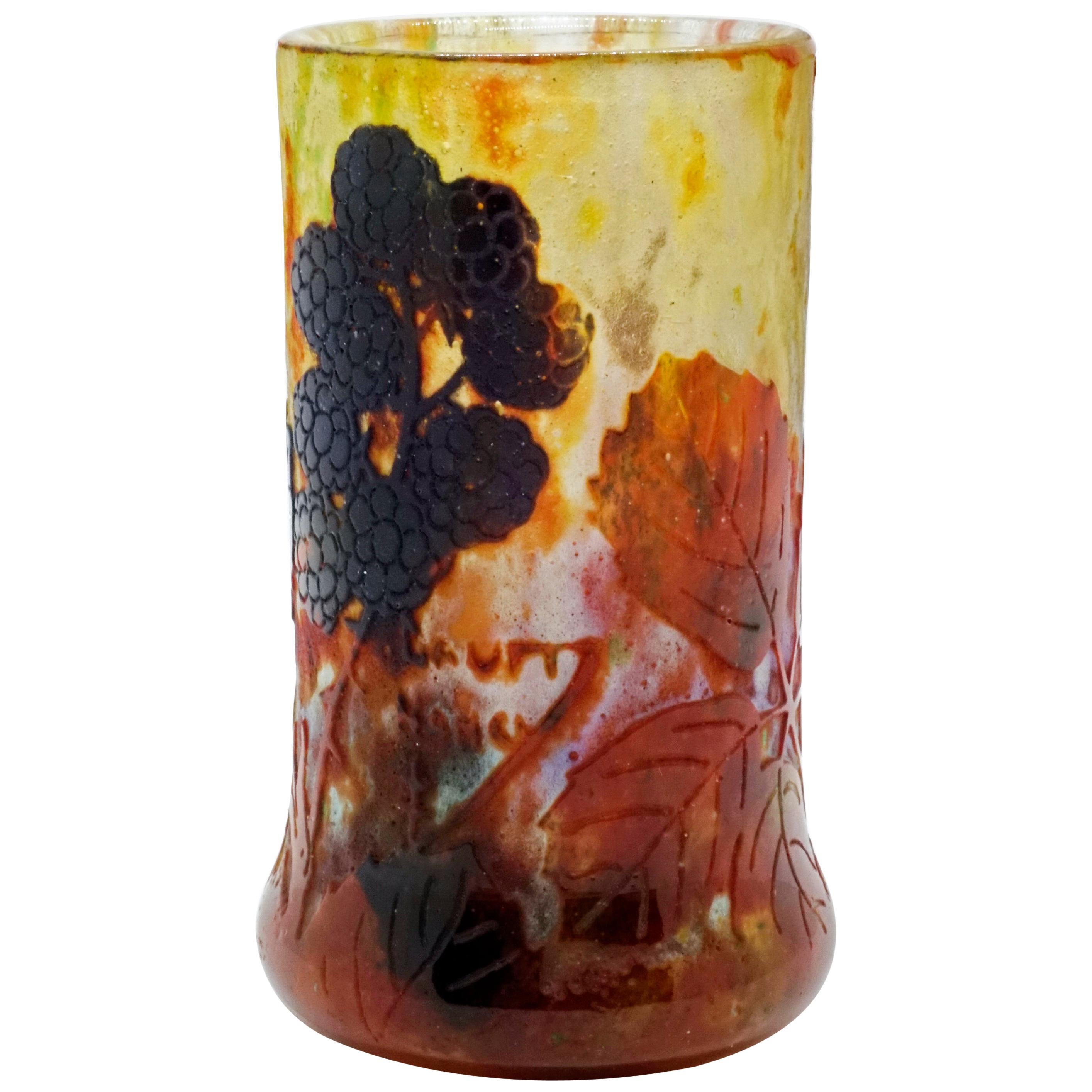 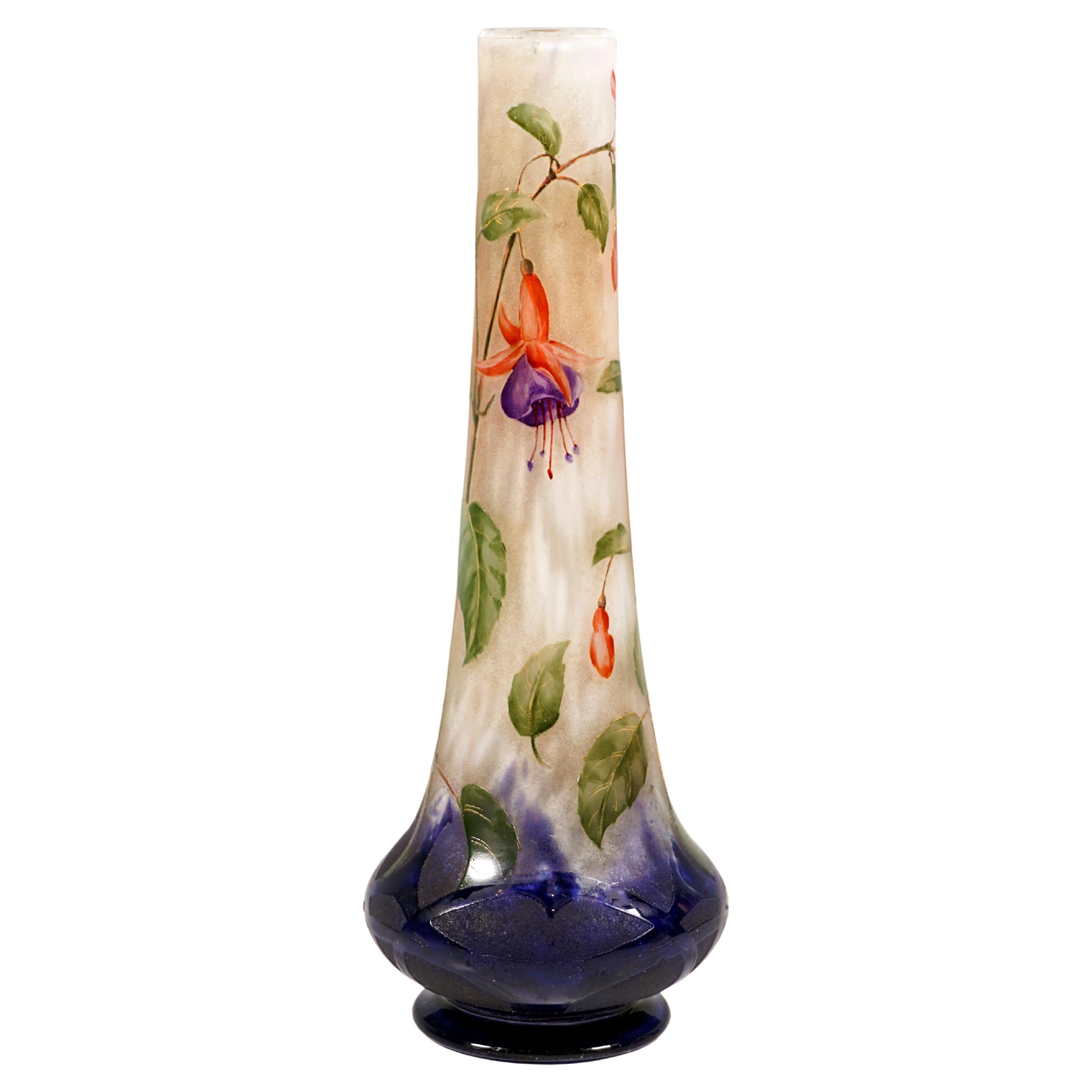 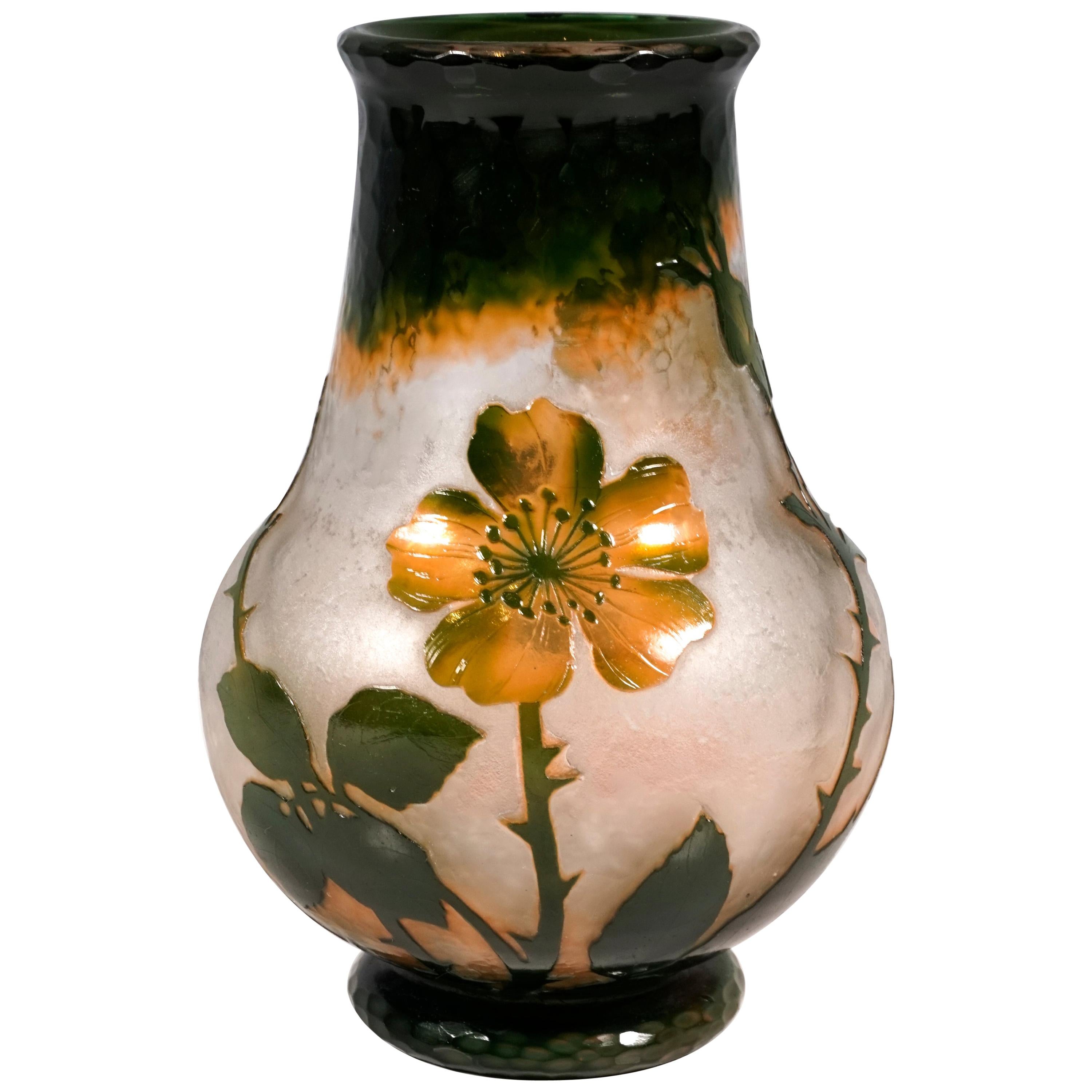 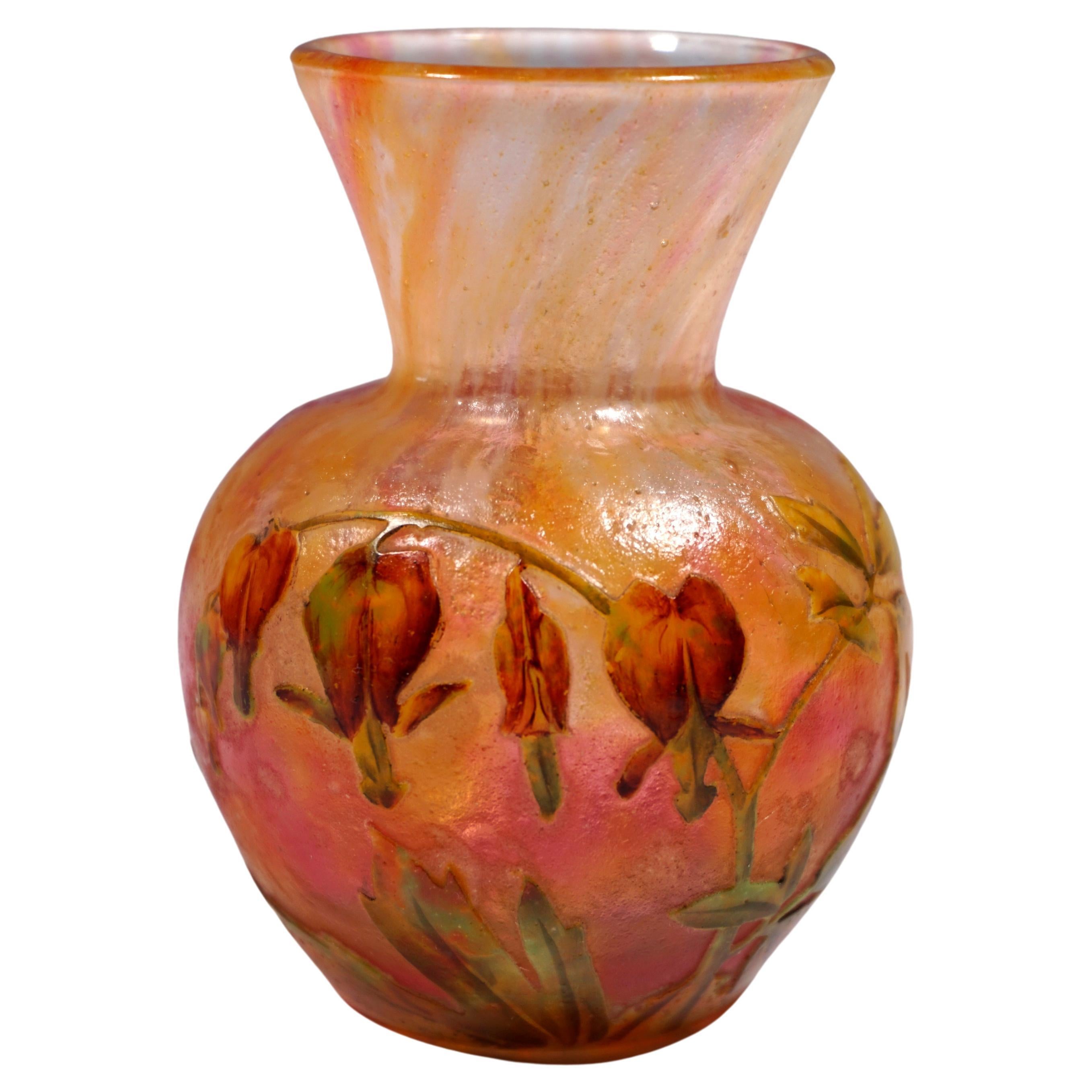 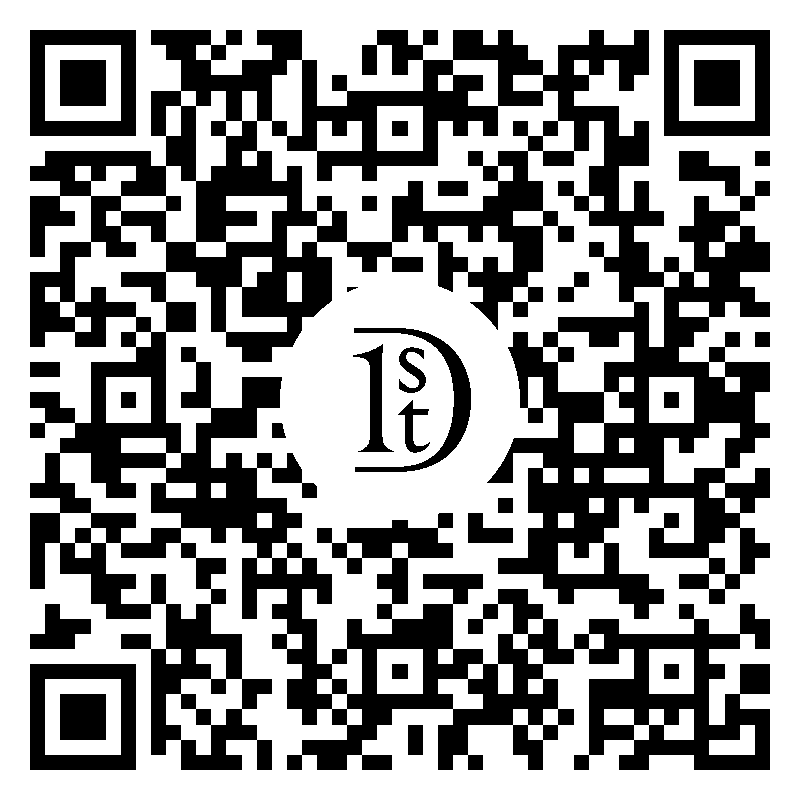 Pillow shaped vase, colorless glass with flaky white and yellow, in the stand area with rust-brown powder melts, with etched barberry decor painted in colored enamel, satined, structured surface in the background, relief signature 'DAUM NANCY FRANCE' with the cross of Lorraine on the side of the wall. Technique: Handmade cameo glass Glass overlaid with several layers, with high-cut worked out motifs. Since the middle of the 19th century, the design has also been done by etching. Cameo glass vessels were already being made in antiquity; cameo glass vessels were already being made in ancient times, and at the end of the 19th century this glass art was further developed, especially in Nancy. Manufactory: Daum Frères / Nancy, Lorraine, France Dating: 1900 - 1905 Dimensions: Height: 10.0 cm / 3.93 in Width: 11.5 cm / 4.52 in Depth: 6.0 cm / 2.36 in Bibliographie: Carolus Hartmann, Glasmarken-Lexikon / Encyclopedia of Glass Marks, Stuttgart / Germany 1997, Signature number 2984 on page 148. Condition: very good. 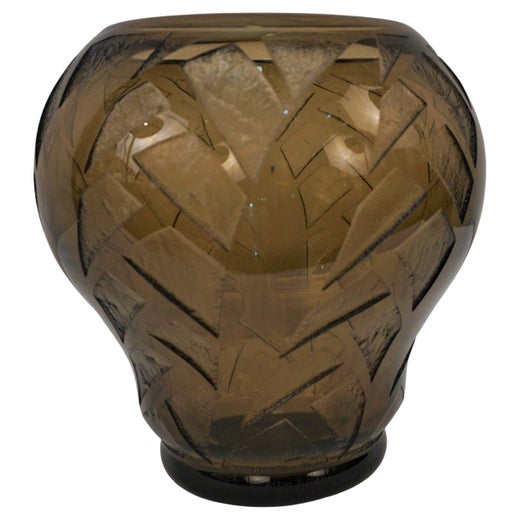 1stDibs Buyer Protection Guaranteed
If your item arrives not as described, we’ll work with you and the seller to make it right. Learn More
About the Seller
5.0
Located in Vienna, Austria
Gold Seller
These expertly vetted sellers are highly rated and consistently exceed customer expectations.
Established in 1988
1stDibs seller since 2013
247 sales on 1stDibs
Typical response time: 4 hours
More From This SellerView All
People Also Browsed
You May Also Like