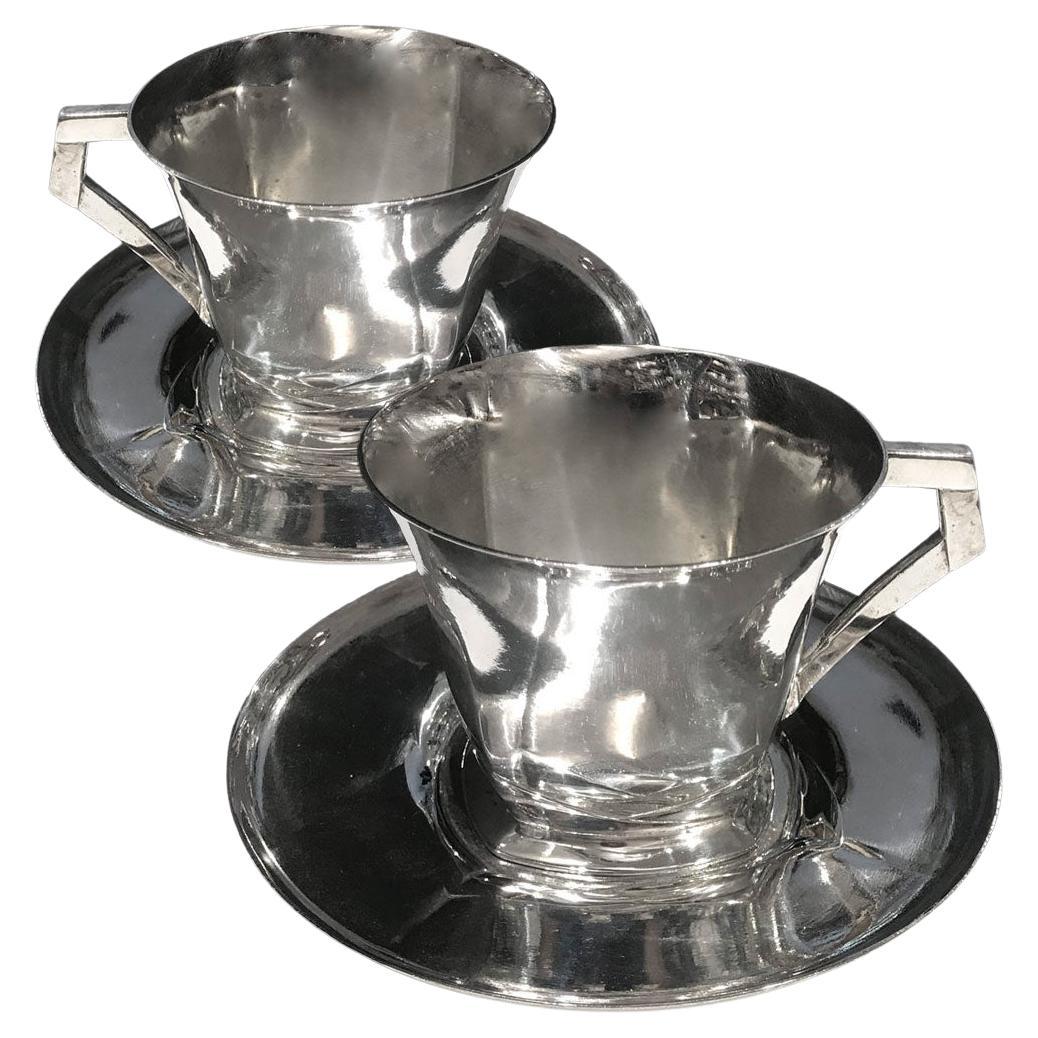 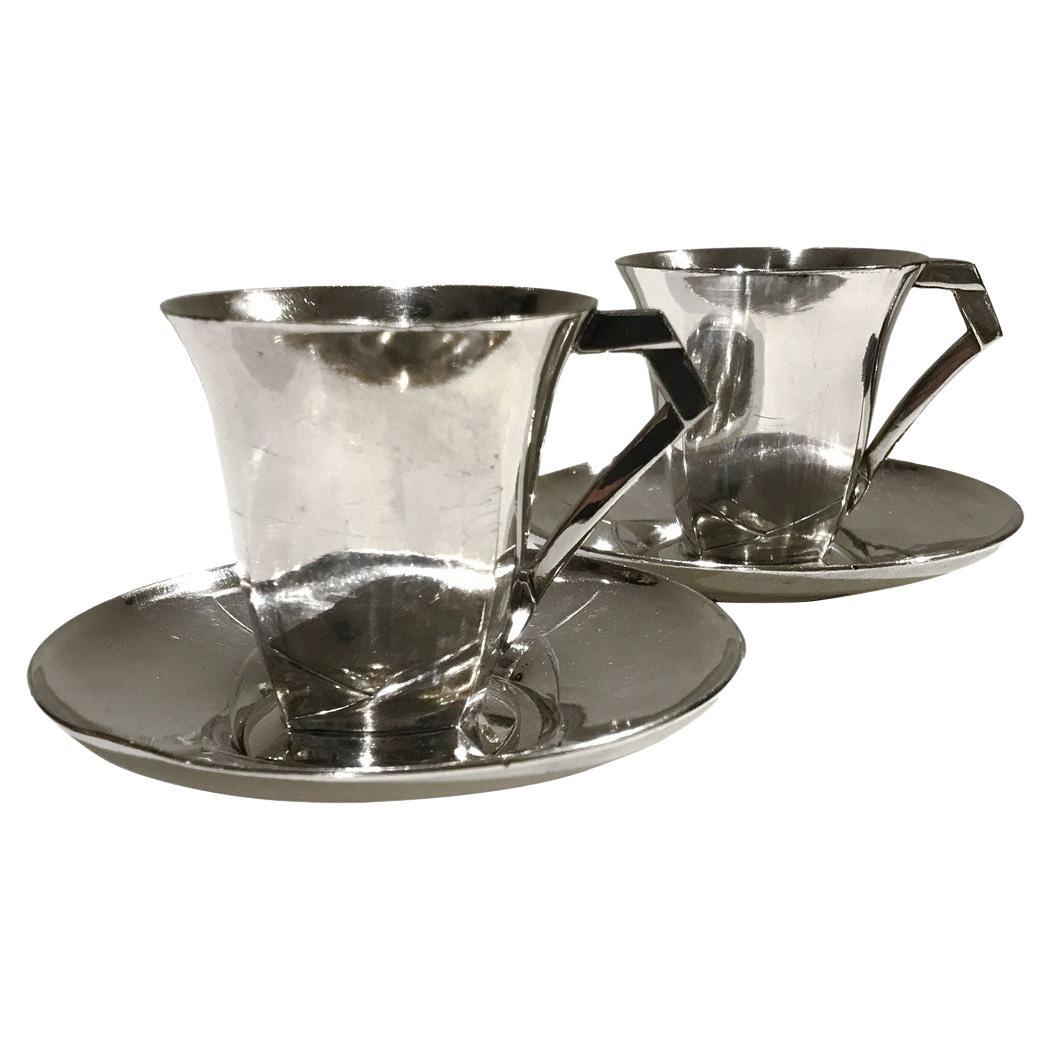 Art Deco Jug by Süe & Mare for Gallia, Christofle circa 1930 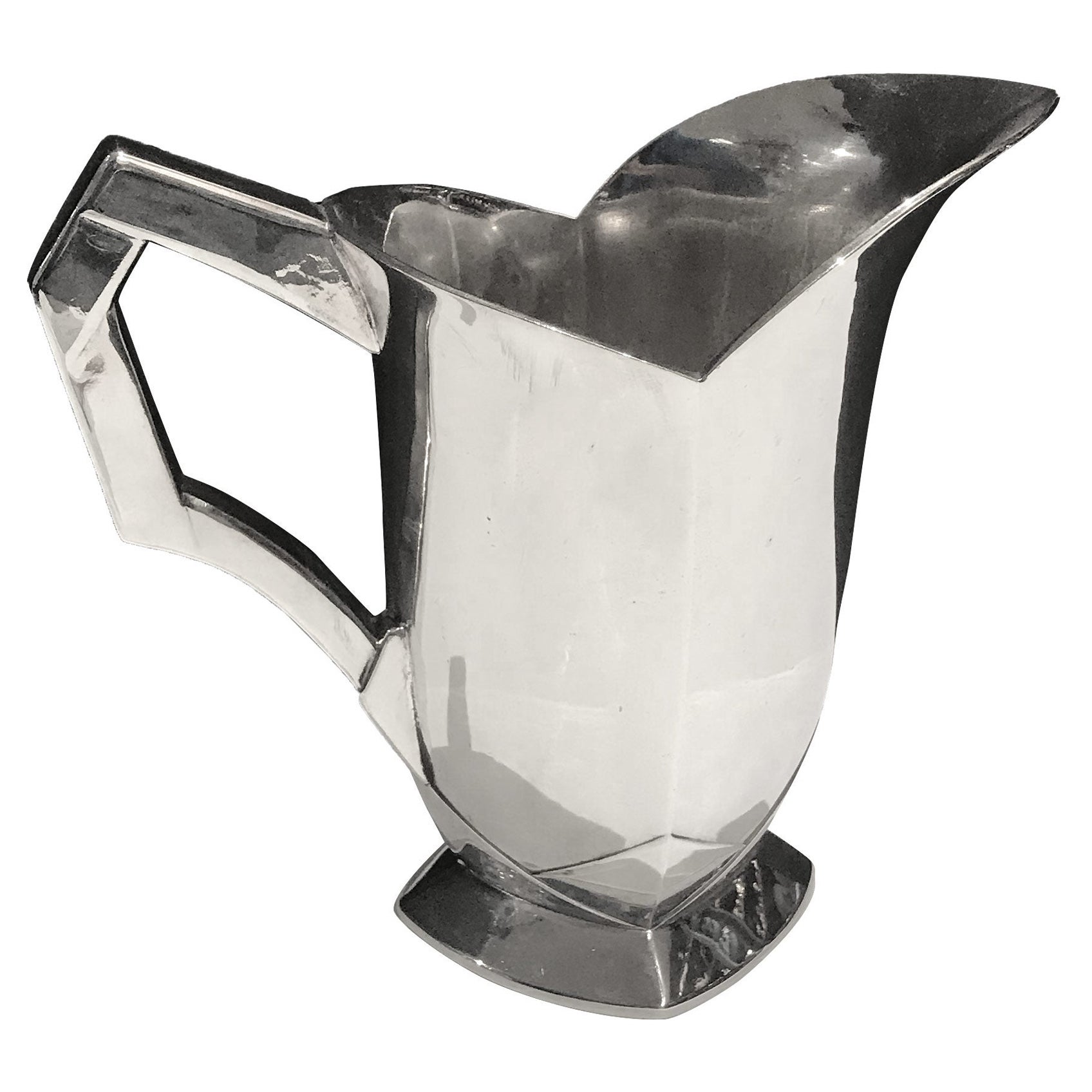 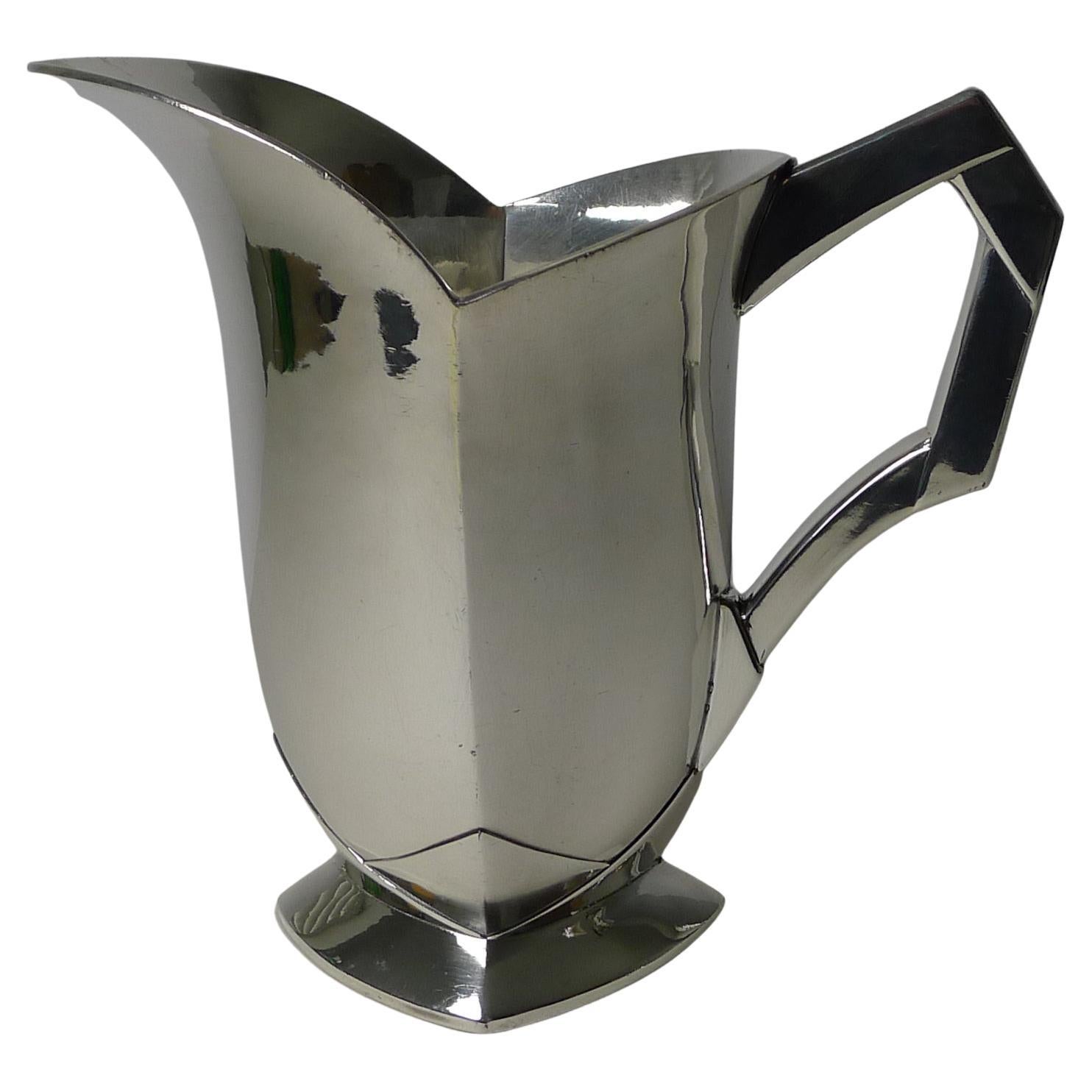 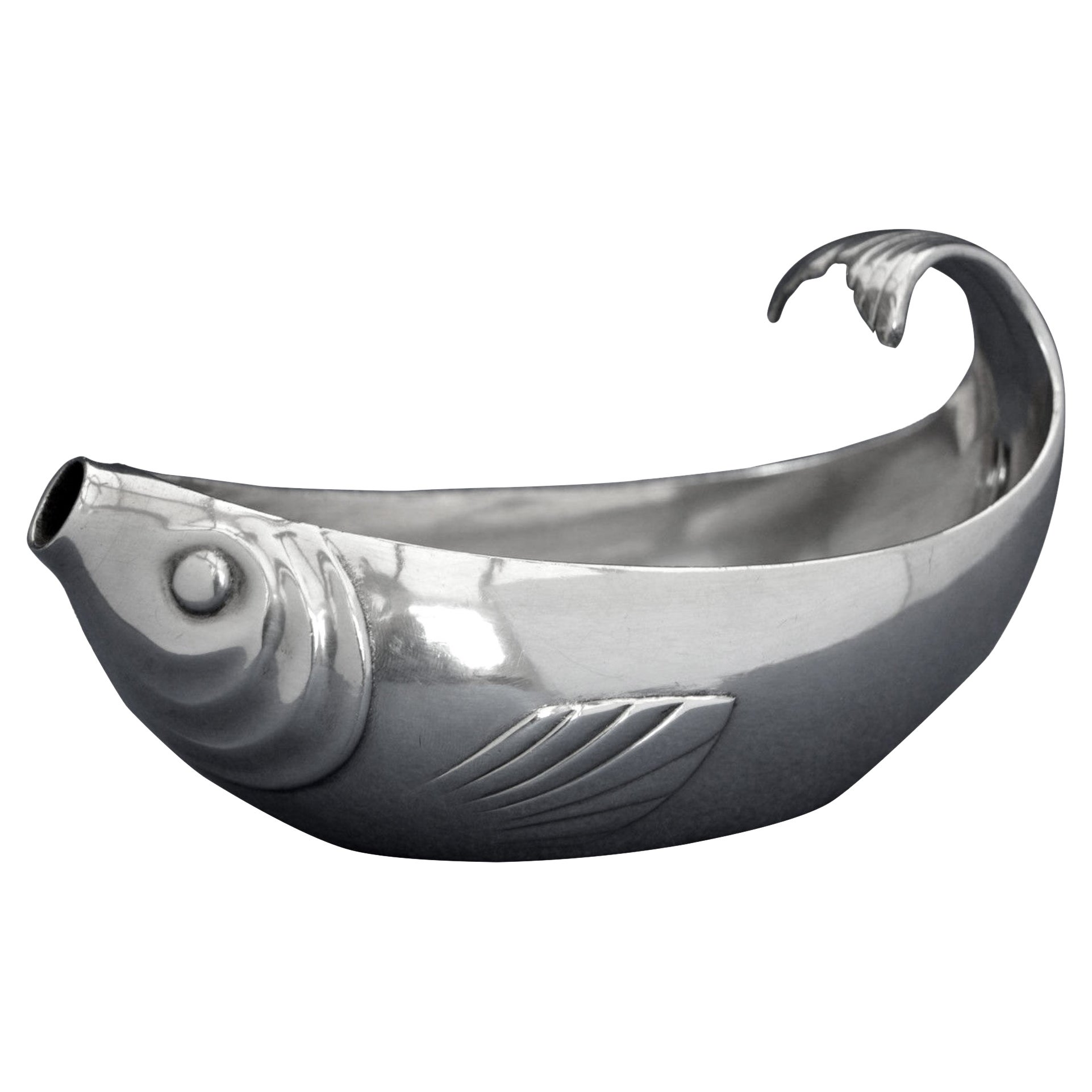 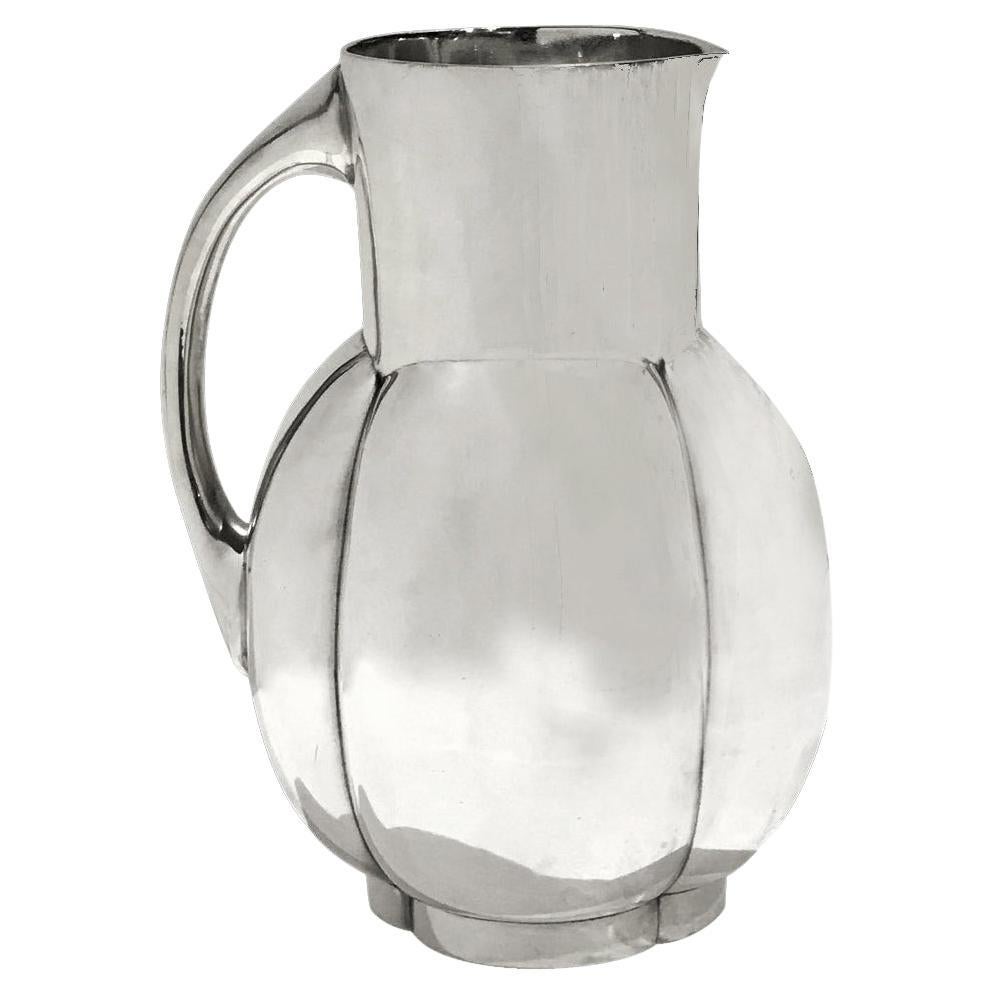 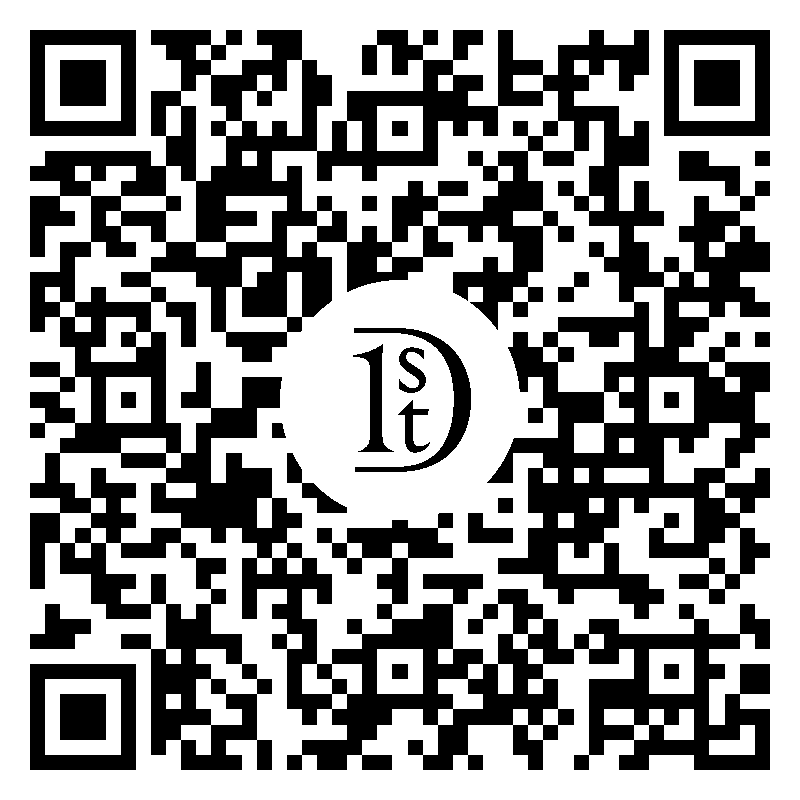 Pair of Art Deco tea cups sold with their saucers. Made by Louis Süe (1875-1968) & André Mare (1887-1932) for Gallia - Christofle. Silverplated with plant motifs in low-relief. Stamped underneath "Gallia", and "OC" for Christofle and numbered with the number of the model 5967. Dimensions : cup : height 7 cm x diameter 8,2 cm x depth 10 cm Saucer: diameter: 14 cm Louis Süe (1875-1968) was an architect, painter, and designer among the best representatives of the Art Deco style in France. He founded, with the also painter and architect André Mare (1887-1932), the Compagnie des arts français in 1919 and they produced furniture together. Recognized designers and many times awarded for their projects, Süe and Mare participated in many shows and Great Exhibitions and were active in the core of societies such as the Société des Artistes Décorateurs (SAD). They also collaborated with huge companies, such as Gallia for the world-renowned silversmith Christofle. 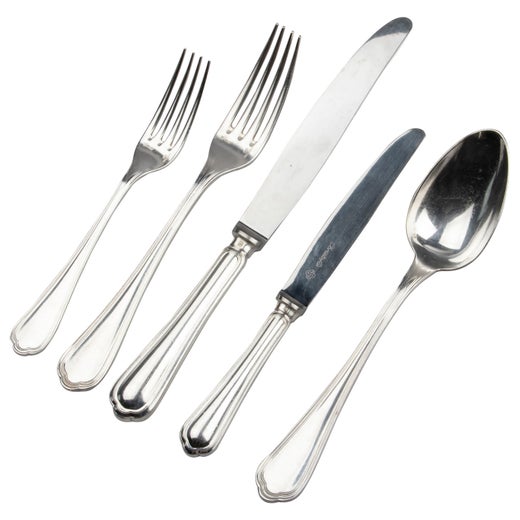 The 20th century saw Christofle adapting to changing tastes in its offerings, such as the Aria collection, which debuted in 1985 with column-like lines on its flatware designed by Bernard Yot, and the playful egg-shaped silverware container introduced in 2015 that opens to reveal a full flatware set. The company also now sells barware, home accessories and even jewelry, harkening back to its roots. Now almost two centuries old, Christofle maintains its reputation as a leading flatware and silverware company under the ownership of the Chalhoub group, its utensils gracing tables in homes, hotels and restaurants all over the world.

1stDibs Buyer Protection Guaranteed
If your item arrives not as described, we’ll work with you and the seller to make it right. Learn More
About the Seller
5.0
Located in Paris, France
Platinum Seller
These expertly vetted sellers are 1stDibs' most experienced sellers and are rated highest by our customers.
Established in 1977
1stDibs seller since 2019
69 sales on 1stDibs
Typical response time: 1 hour
More From This SellerView All
People Also Browsed
You May Also Like
Featured in Rare Finds: Shop our best valuesView All