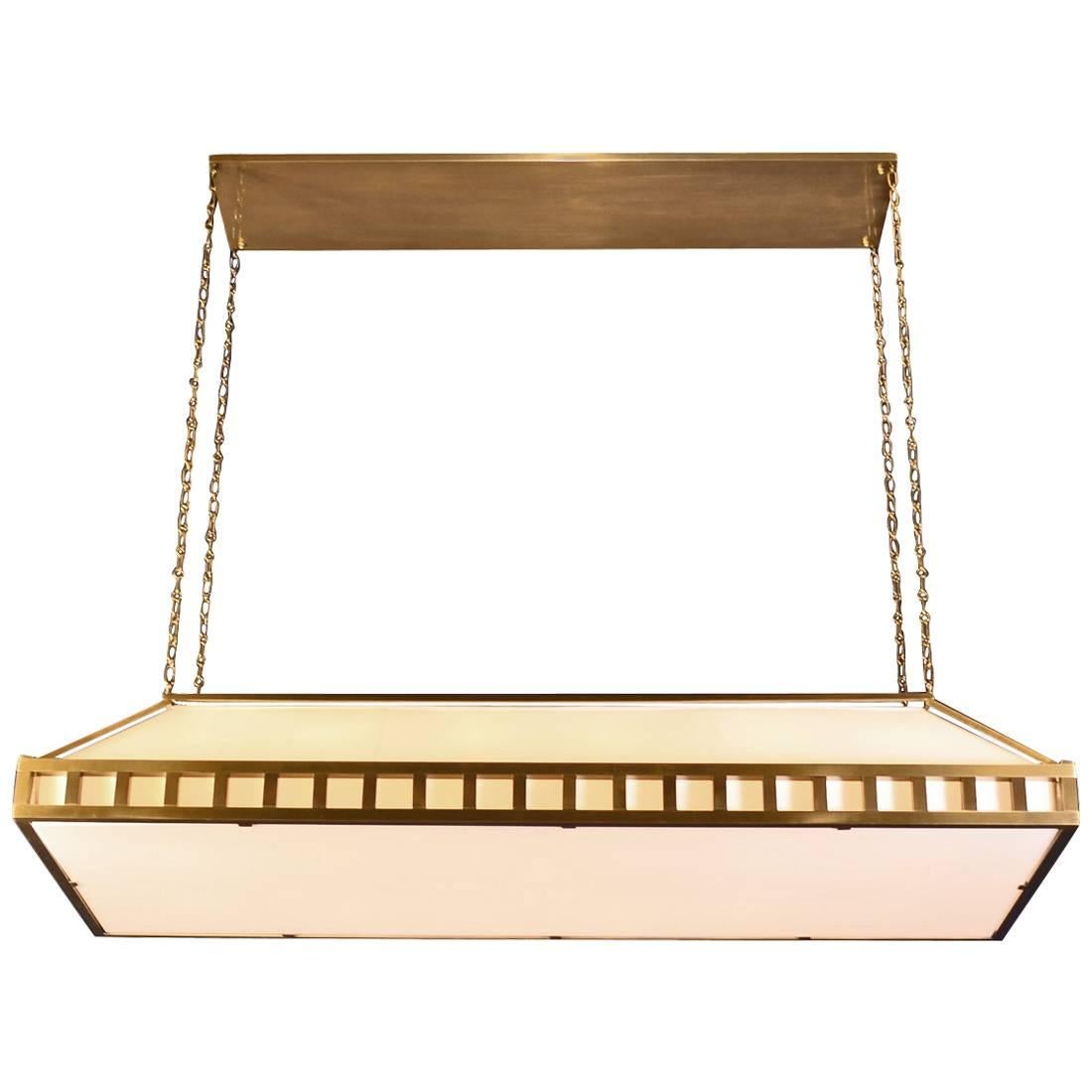 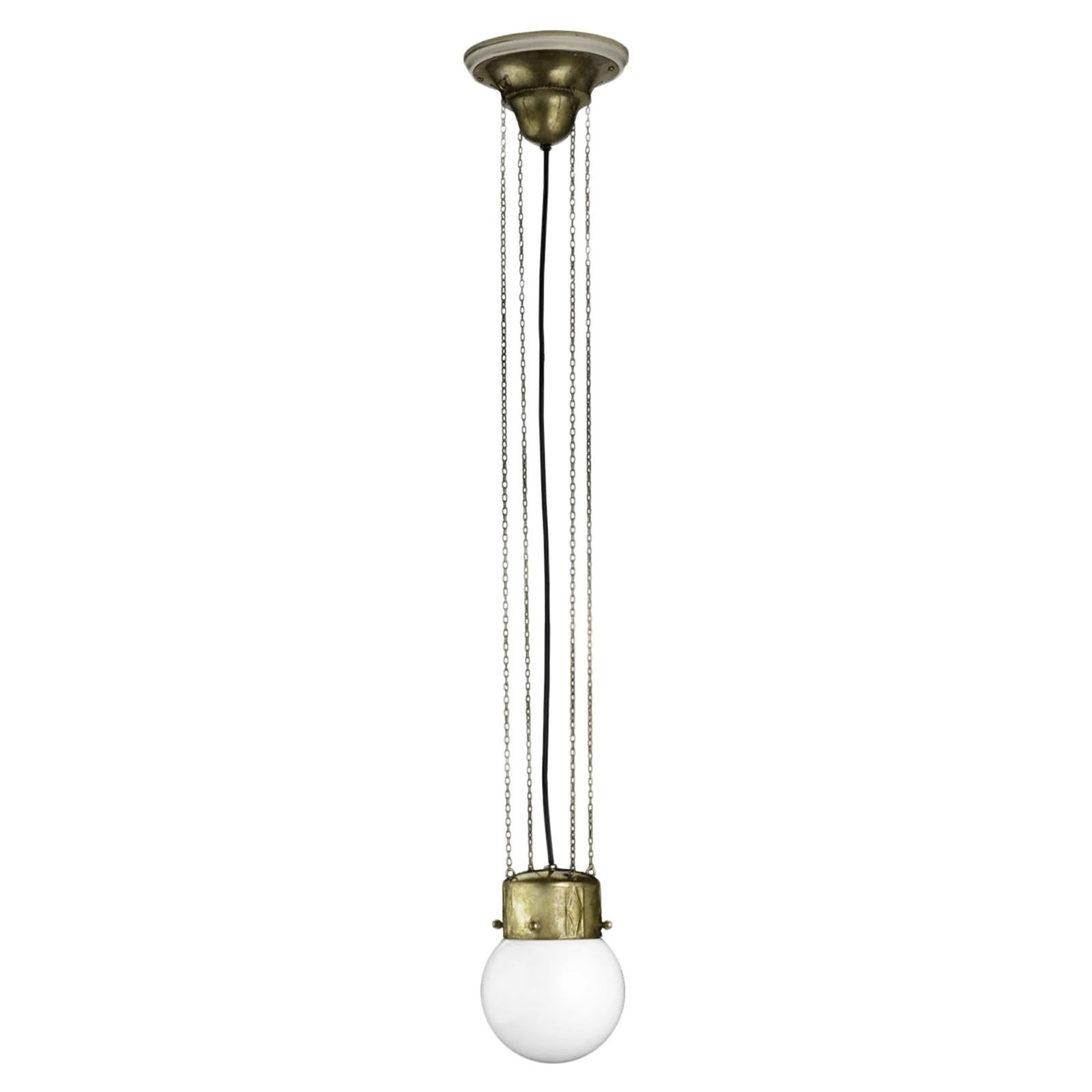 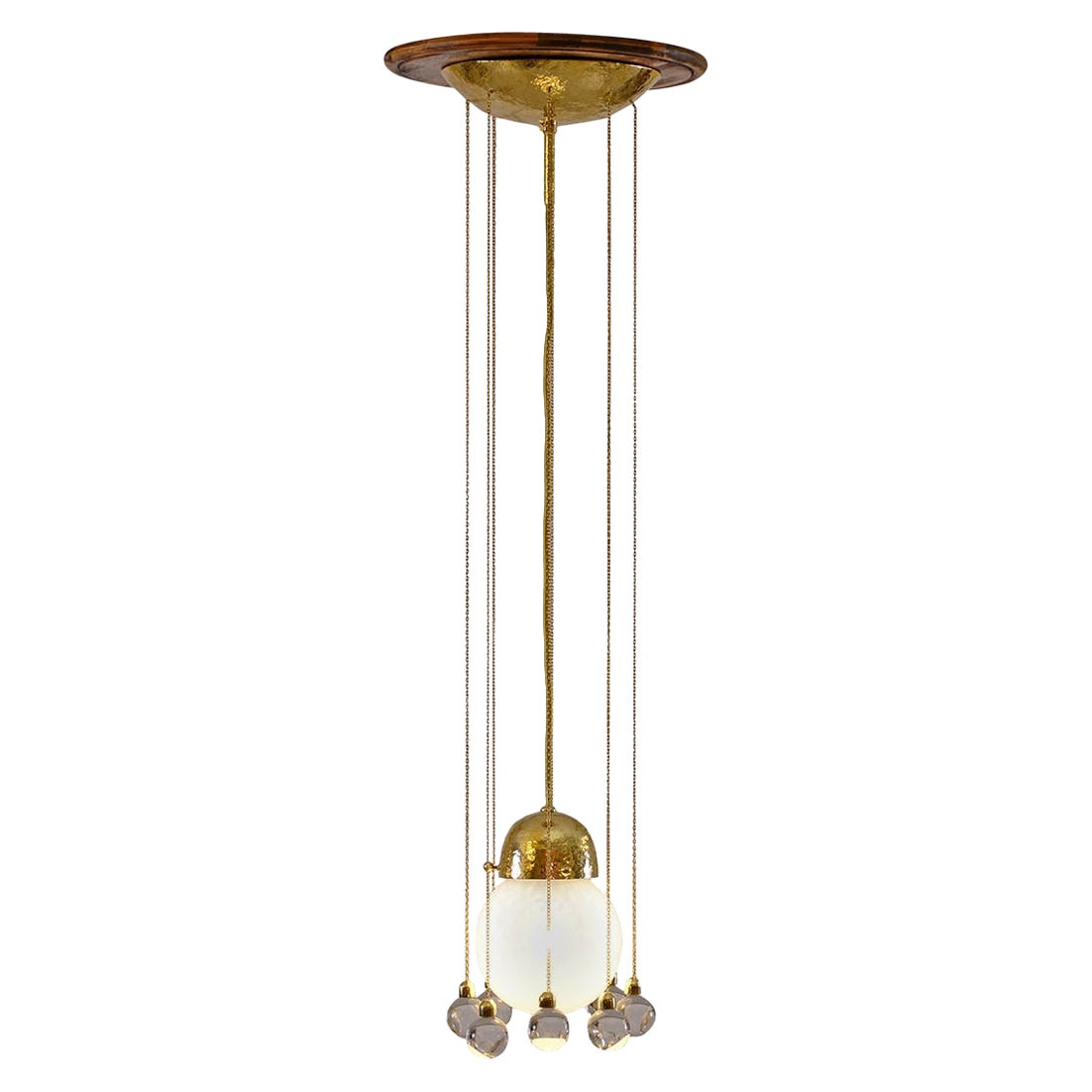 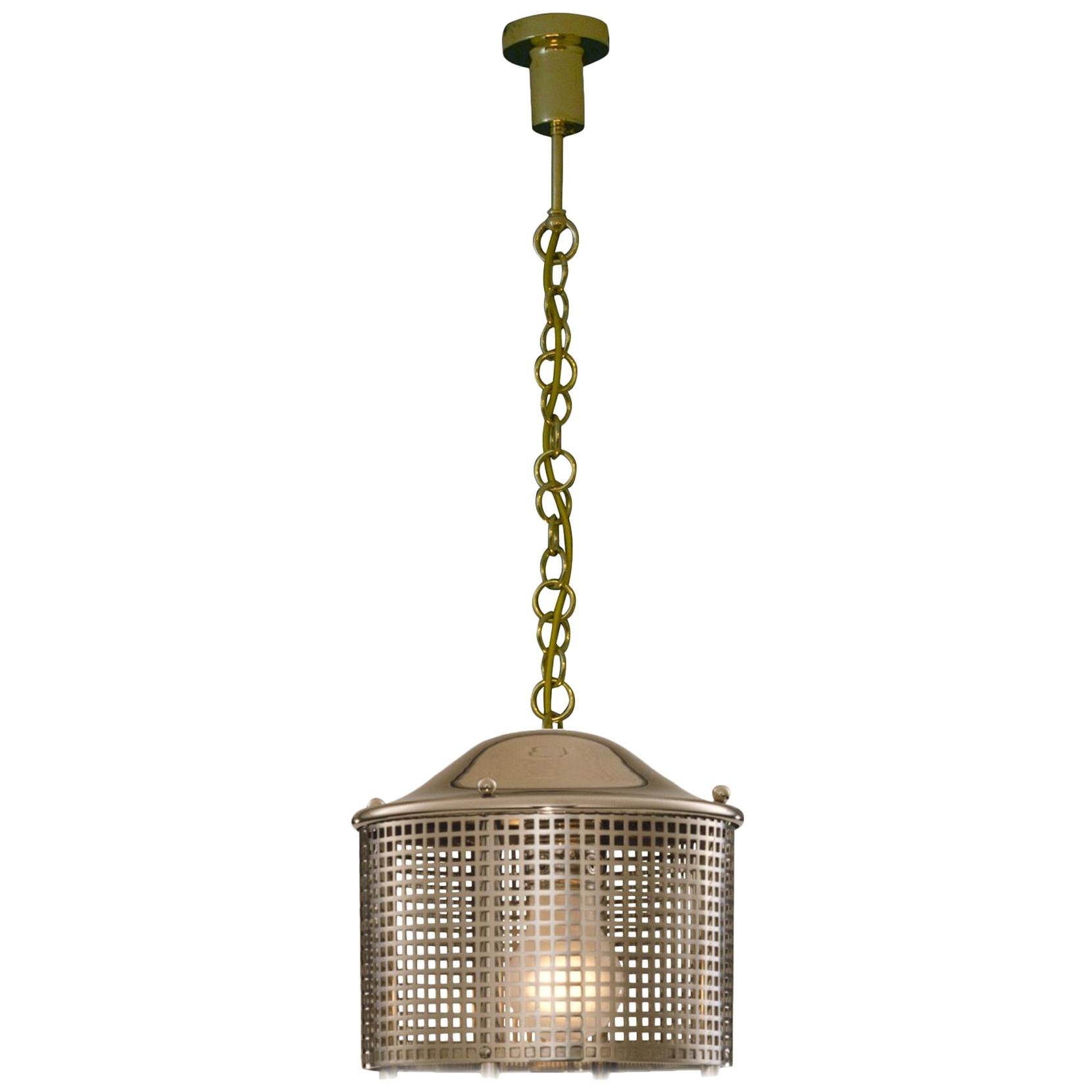 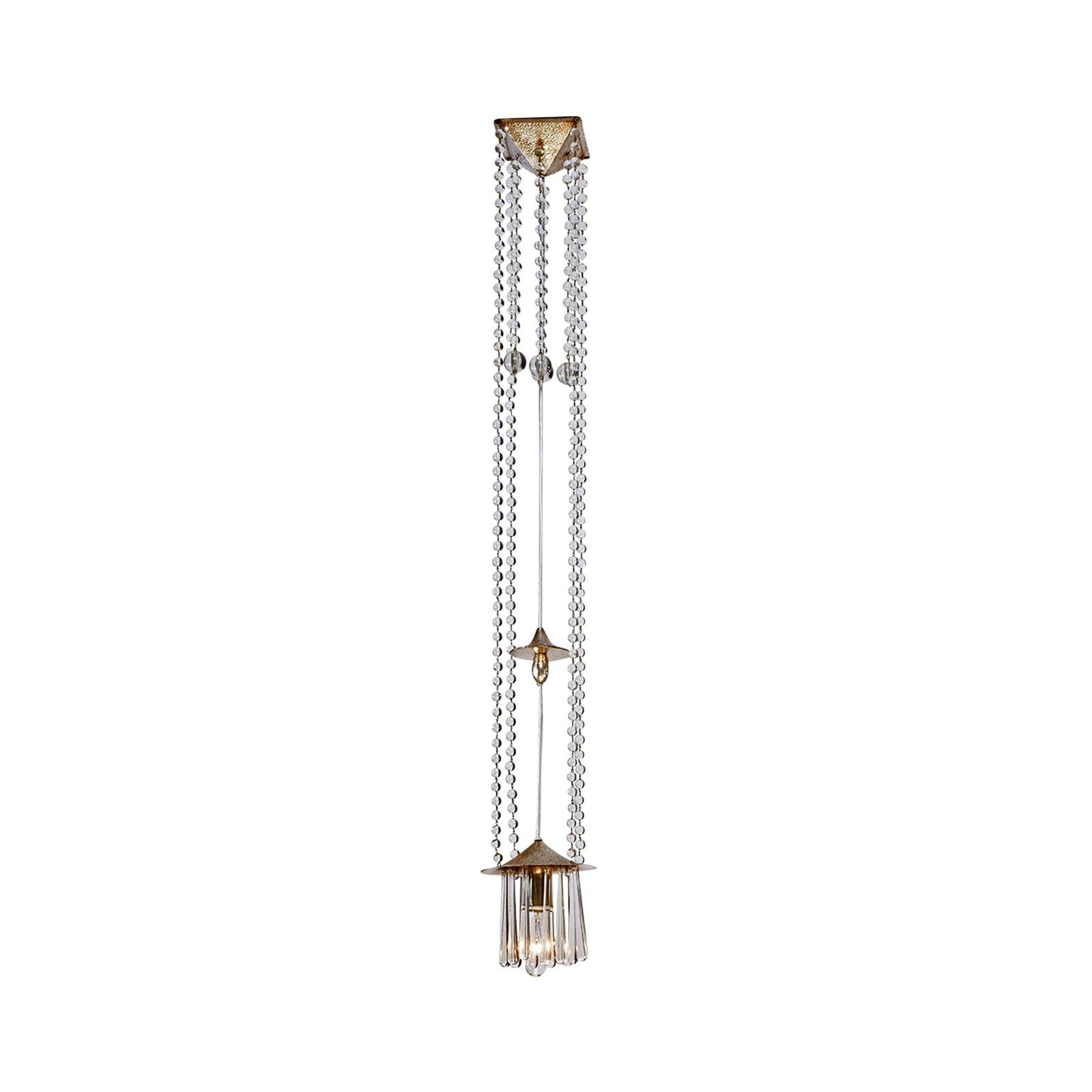 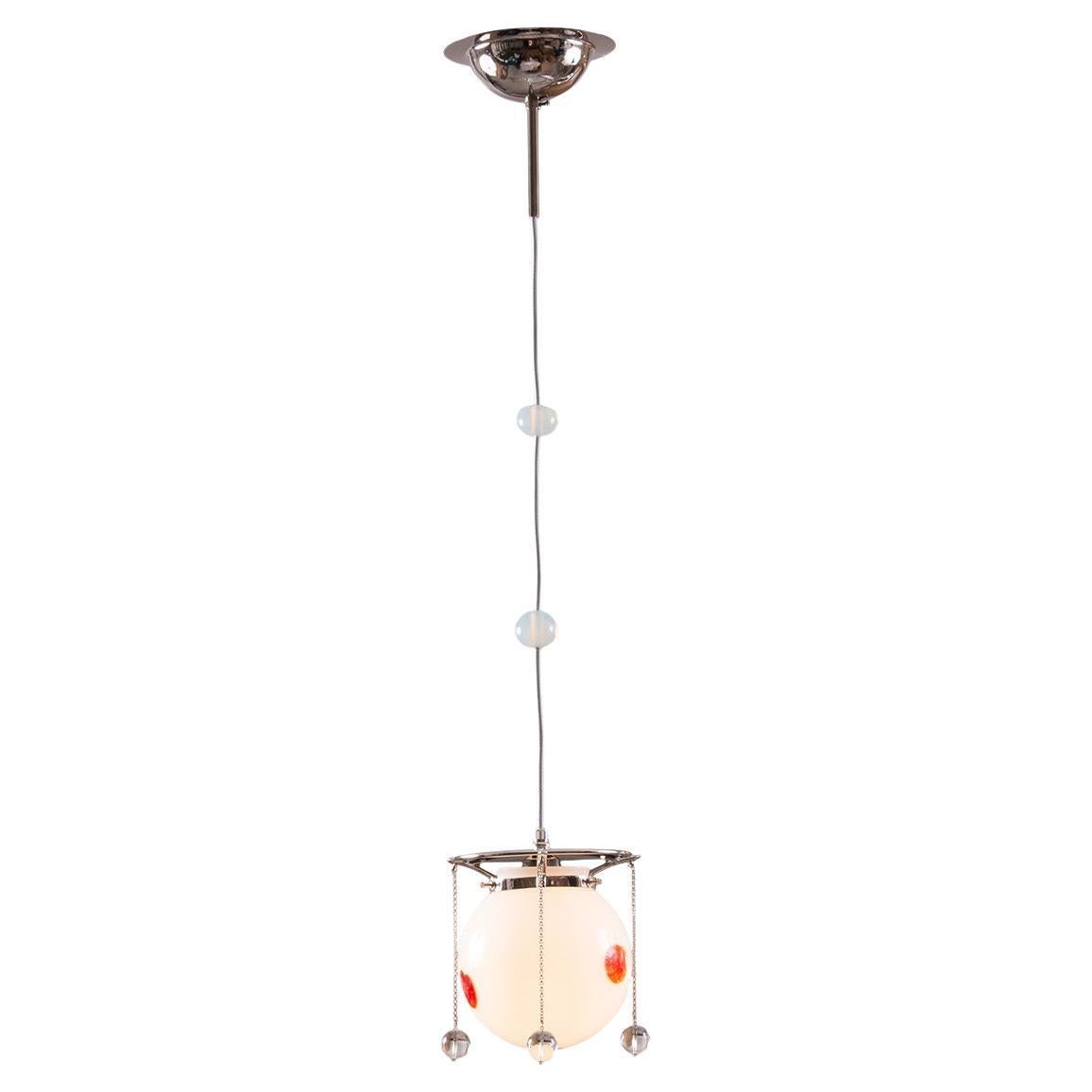 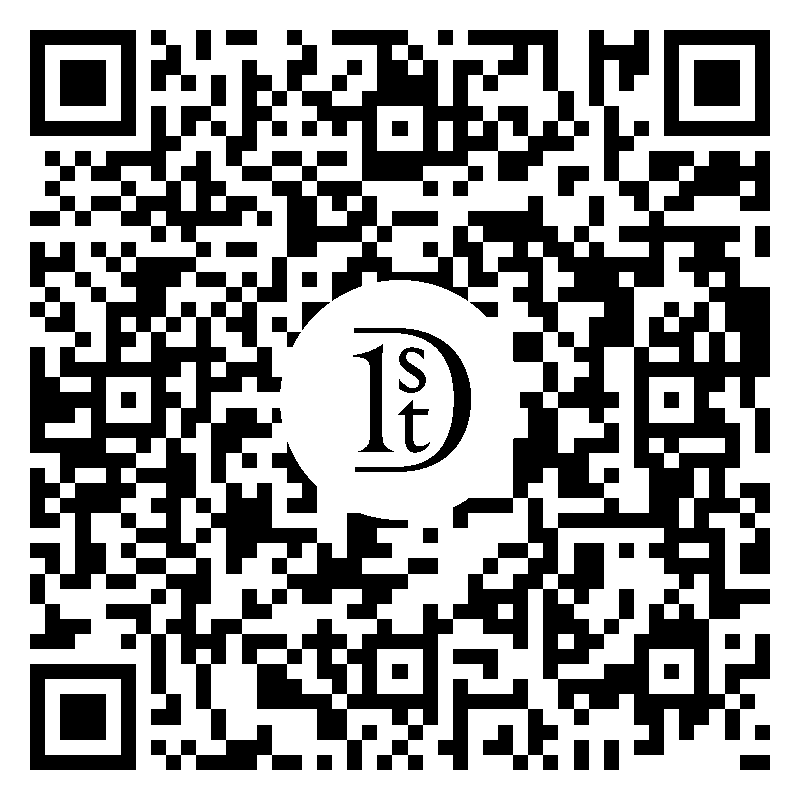 Originally a Josef Hoffmann design for the Staekelborg, Knips and for the Berta Zuckerkandl Mansion. This one was designed for the famous Graben Cafè in Vienna - Comes in all sizes. The other images shows the lamp in a showroom of the historical Wiener Werkstaette. Braided version as well. No glasses if requested. Total drop is custom made All components according to the UL regulations, with an additional charge we will UL-list and label our fixtures. 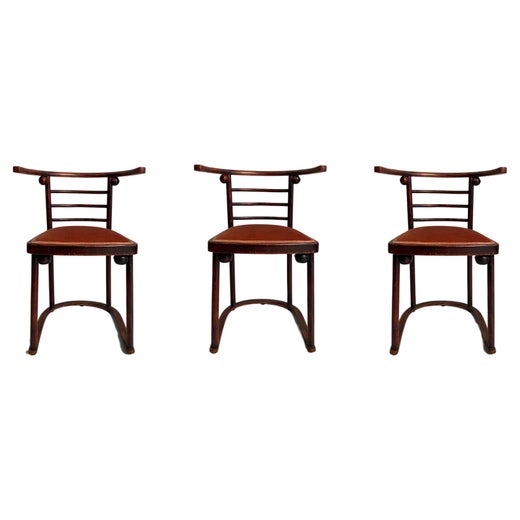 The Austrian architect Josef Hoffmann was a central figure in the evolution of modern design, and a leader in an aesthetic movement born in Europe in the late 19th century that rejected florid, extravagant ornamentation in favor of a new emphasis on simplicity of line.

As a founder of the Vienna Secession — a union of artists and designers determined to upend Austria’s artistic conservatism — and later, a founder of the turn-of-the-century Wiener Werkstätte (in English: the Viennese Workshops), a design cooperative that produced superbly crafted furniture and housewares, Hoffmann was a pioneering practitioner of what would become a fundamental principle of modernism: that good design is a way of life.

Hoffmann came of age amidst a shift in the culture of the applied arts, as a conservative order that looked only to the past for inspiration was pushed aside. But what, exactly, would replace that order was in question — and Hoffmann’s career embodies the developing patterns of design’s new spirit. His architectural work reflects his time as a student of the Vienna architect Otto Wagner, who disdained excessive decoration and employed new materials such as steel girders and reinforced concrete to create buildings with airy, open interiors full of light.

As a designer of furniture and interiors, Hoffmann was consistently open-minded about the aesthetics he explored. He was an early adherent of the flowing, organic forms of the Art Nouveau design movement that began to flourish in the late 1880s — but by the opening of the Wiener Werkstätte in 1903, Hoffmann’s designs embraced the beauty of geometry in pieces that feature grids and angular forms.

Hoffmann’s greatest works reflect his ability to combine seemingly conflicting design visions into coherent wholes. His architectural masterpiece, the Stoclet Palace in Brussels, has an exterior that groups together simple geometric forms and spacious interiors marked by subtly naturalistic design details that lend rooms an air of charm and geniality.

Hoffmann’s signature furniture design is an adjustable lounge chair — the Sitzmaschine (1905) — that marries a curving frame with square and rectangular back- and side rests. This piece, like so many others by Hoffmann, reflects a groundbreaking, forward-thinking appreciation for the union of different looks and sources that marks the best of interior design in our own day. Moreover, items offered on 1stDibs — which range from enameled silver jewelry, to silver flower vase baskets and other decorative objects, to sofas, lighting pendants and sconces — testify to the astonishing breadth of Hoffman’s creative pursuits. He was truly a giant of design.

1stDibs Buyer Protection Guaranteed
If your item arrives not as described, we’ll work with you and the seller to make it right. Learn More
About the Seller
4.4
Located in Vienna, Austria
Gold Seller
These expertly vetted sellers are highly rated and consistently exceed customer expectations.
Established in 1970
1stDibs seller since 2014
225 sales on 1stDibs
Typical response time: 1 hour
More From This SellerView All
People Also Browsed
You May Also Like
Featured in Design ValuesView All