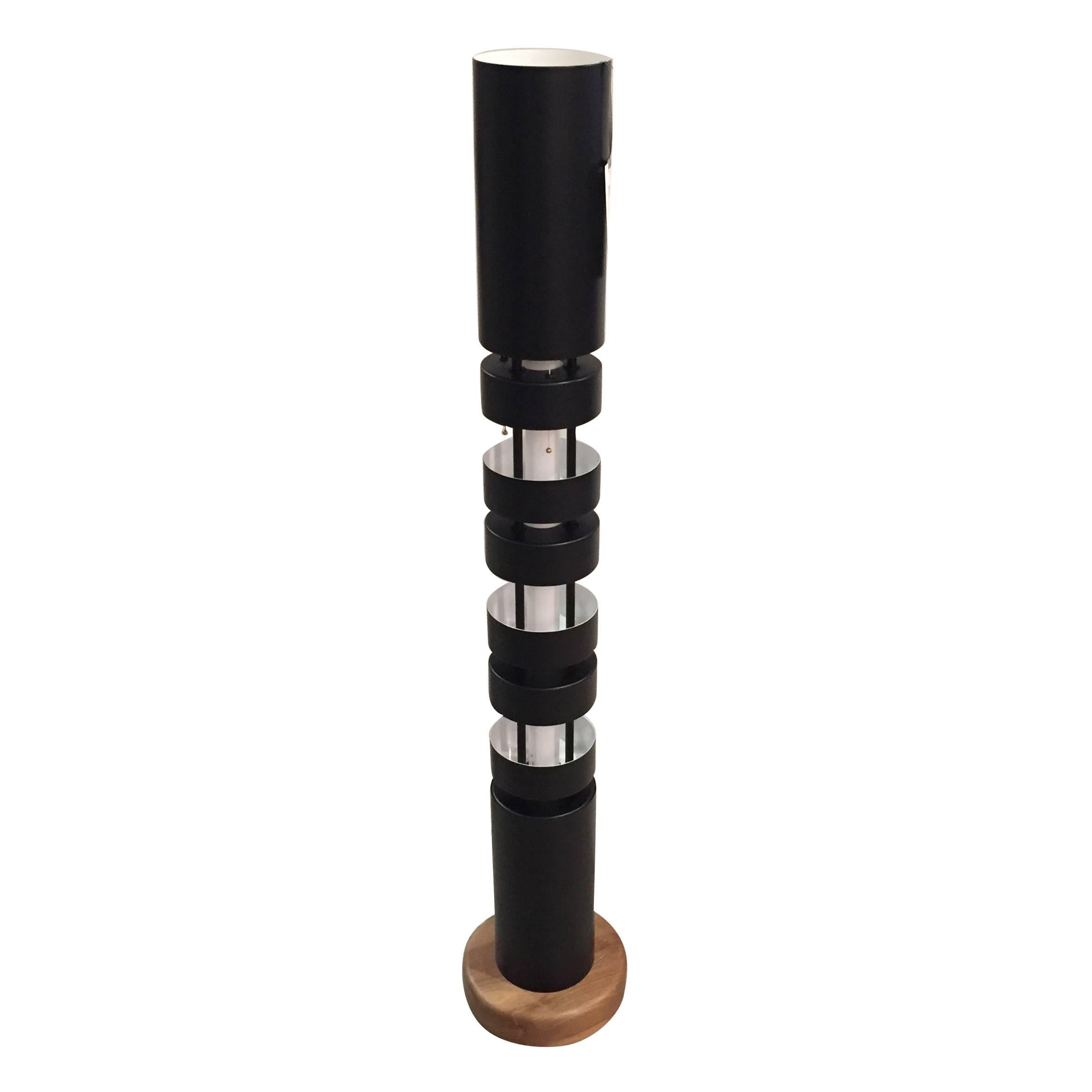 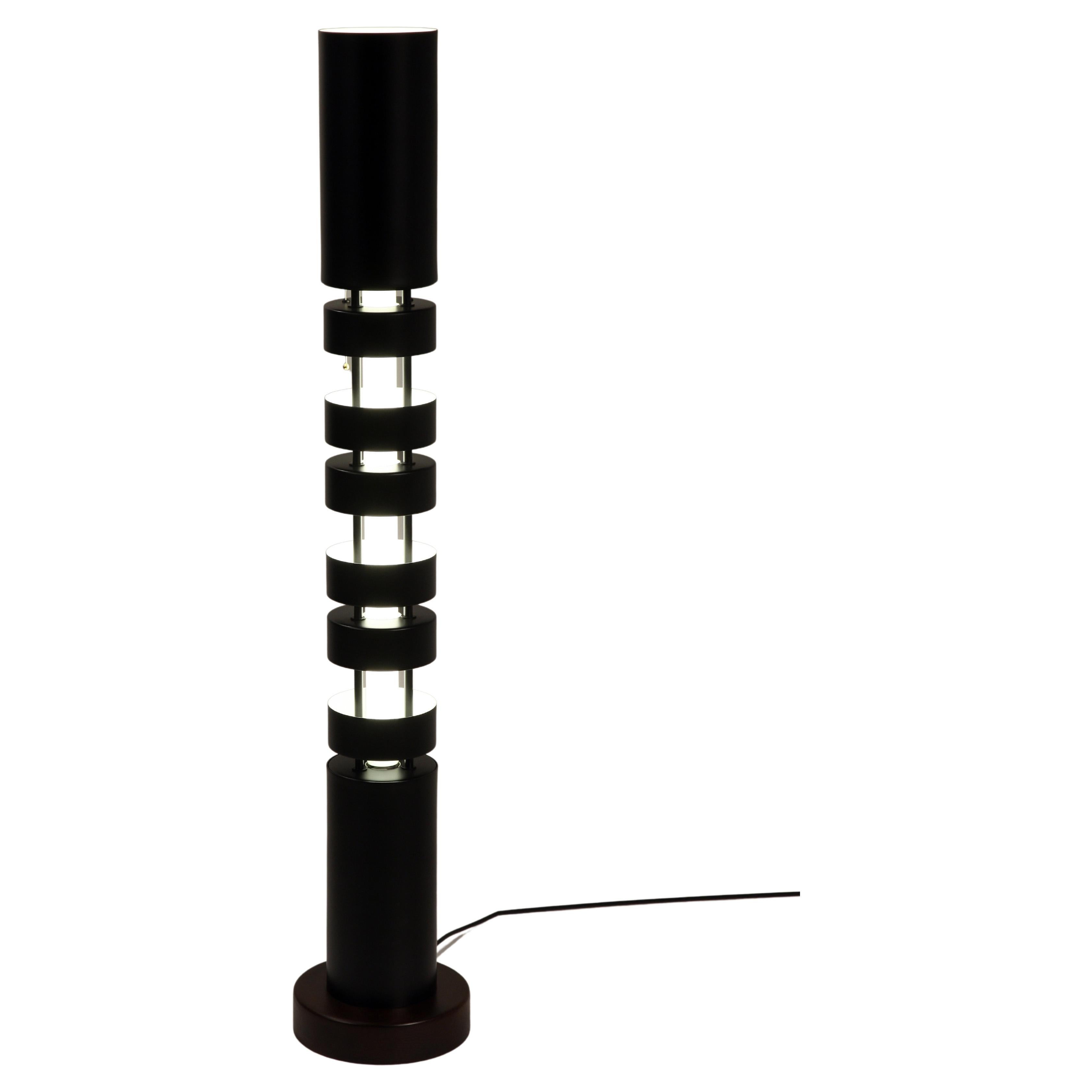 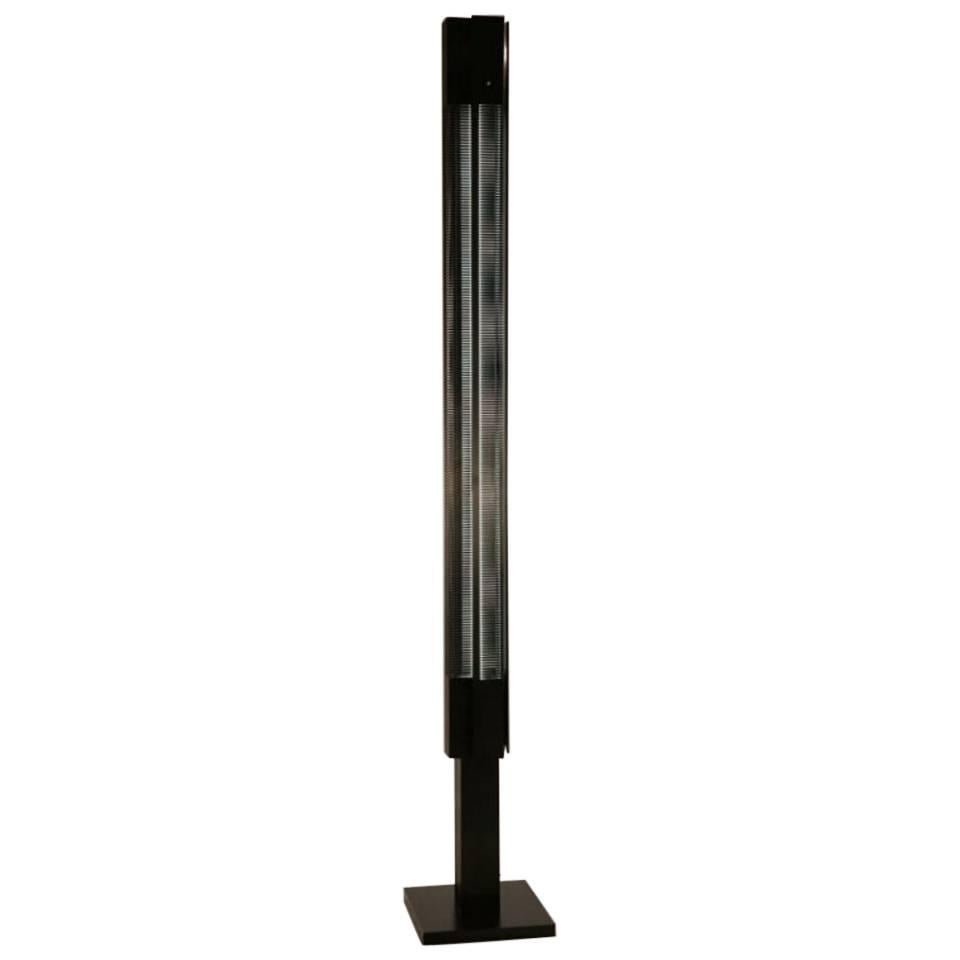 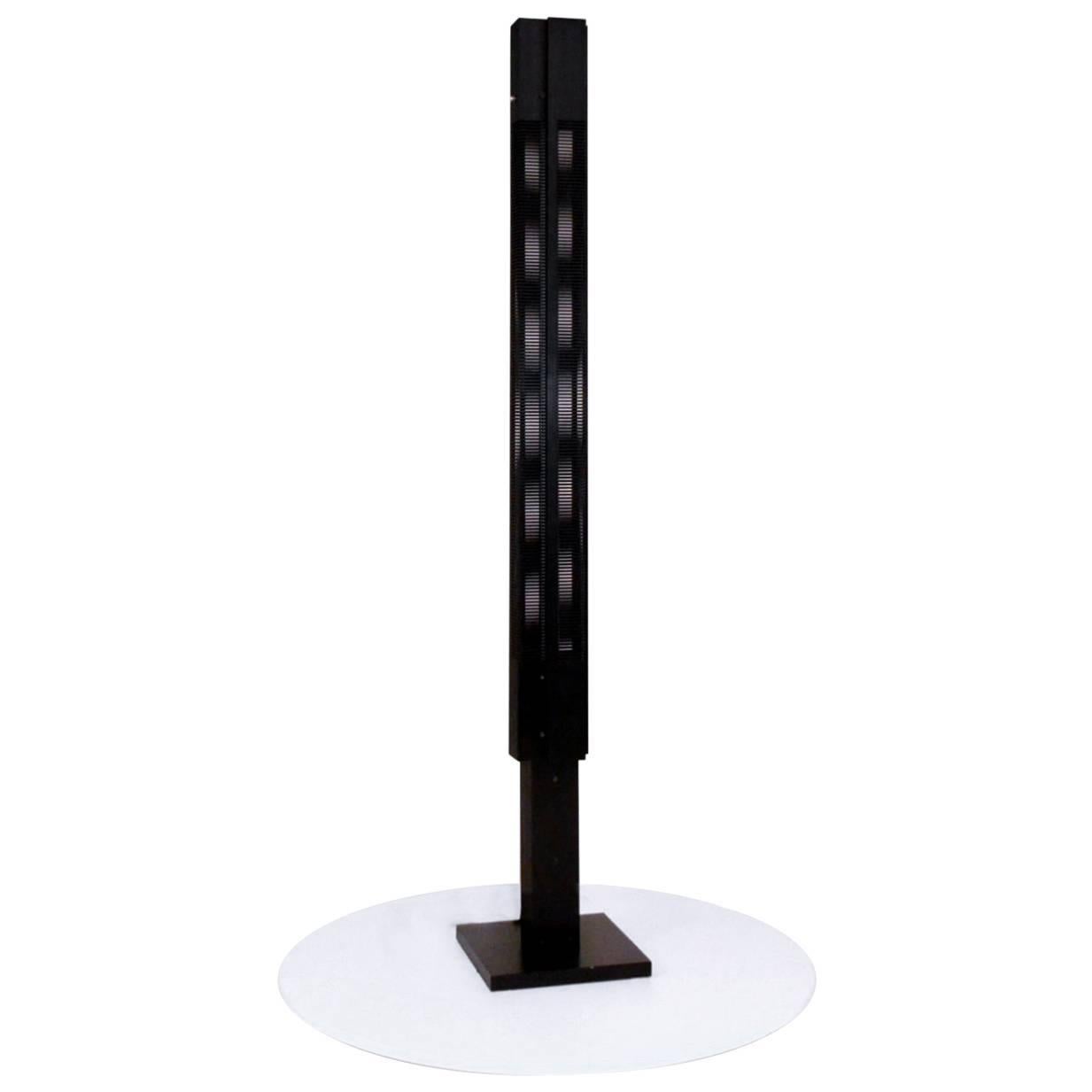 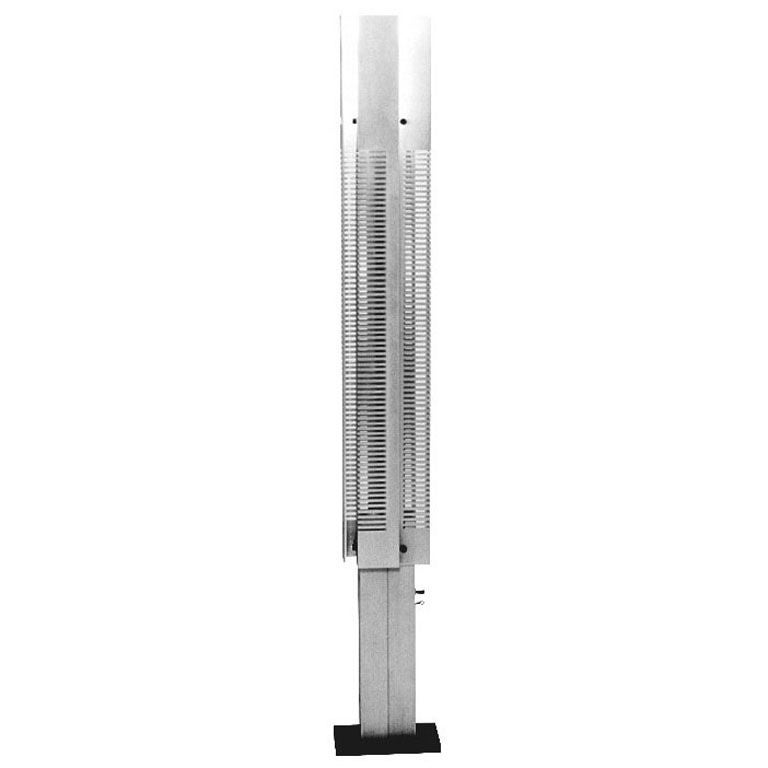 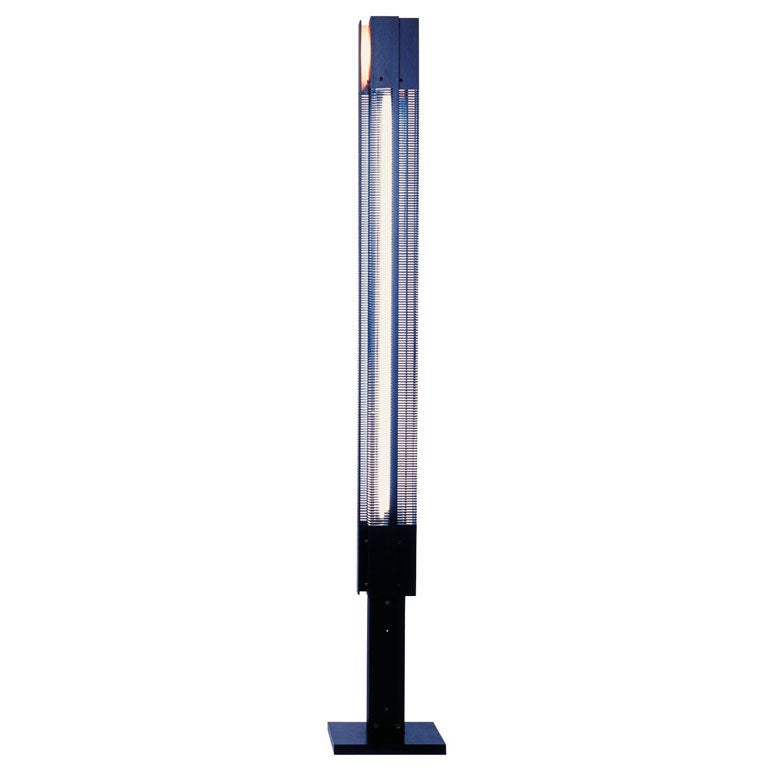 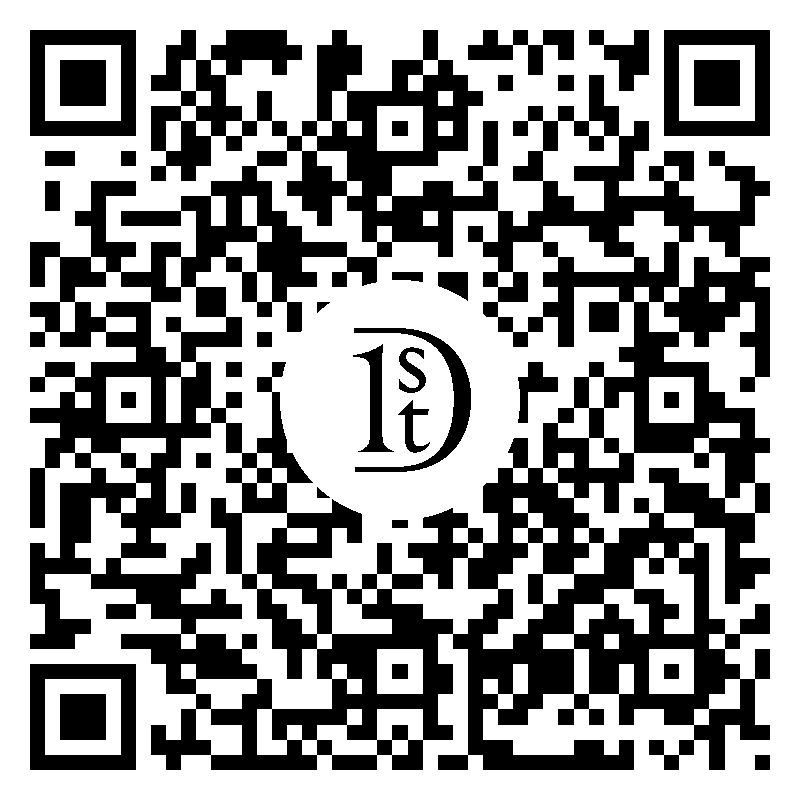 In his post black shapes period, Serge Mouille experimented with color and columns. With the Totem, he stacked cylindrical shades around a central lighting element. By alternating the shades up or down, the light's intensity is not uniform by design Available in black lacquer on wood platform. COLOR OPTION Available in Black only FEATURES - CUSTOMIZATION No Customization possible on this model. SWITCH OPTIONS This model features a foot switch WHAT SETS US APART? - Technical expertise - Full line of products - Availability - Customization - 5 year guarantee - Secured shipment - Small Repairs - After sale service - Experience (we introduced these lamps to the US, 22 years ago). WHAT TO LOOK OUT FOR: International shipping is expensive, lengthy and somewhat risky, potentially a stressful experience - Expensive: Most Mouille lamps are shipped in very large boxes. Shipping costs are calculated based on the volume of the box, Add this to Customs duties, insurance and US entry fee, and the final price will be approximately 25% more than your final net price. - Lengthy: Your lamp should be shipped by plane which takes about 8 to 9 hours flying from Europe to New York. Transportation is still deeply affected by the pandemic’s disruptions. - Damages: Individual boxes traveling next to heavier bundled goods typical of int’l shipping are more prone to damages. HOW WE DO IT: No need to go through all this, we’ve done this part. The lamps are sold from NY, ready to ship to you for your peace of mind. We thoroughly inspect them with our 44 check points before shipping, which gives us the confidence to offer a 5-year guarantee to our clients.

Available in black lacquer on wood platform.\n\nAlso available in large. 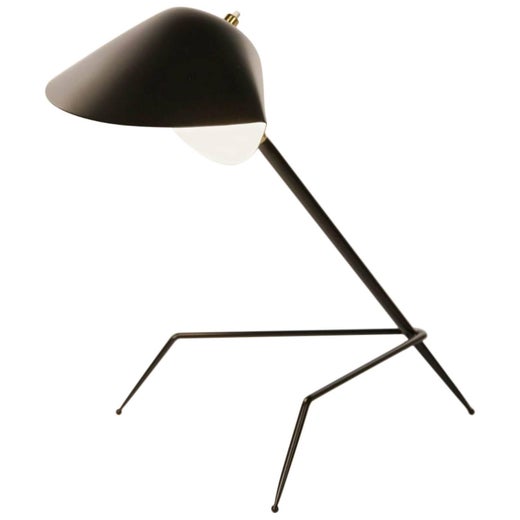 Instantly recognizable by their long slender armatures and domed, ovoid shades, the best-known floor lamps and other lighting fixtures of Serge Mouille have become emblems of the organic design of the mid-20th century. Along with Jean Prouvé, Mathieu Matégot and others, Mouille brought a fresh, modern aesthetic to metalwork, one of the most tradition-bound mediums in the decorative arts.

Mouille (pronounced: MWEE) was born to a working Parisian family. At age 15, he took up studies in the metalworking atelier of that École des Arts Appliqués, under the tutelage of the goldsmith and sculptor Gabriel Lacroix. After graduating, in 1941, Mouille worked in Lacroix’s studio and began teaching at his alma mater four years later.

In the early 1950s, bothered by the preponderance of new Italian lamps and chandeliers on the market and consumed with the belief that fixtures by Gino Sarfatti and others were unnecessarily complex, Mouille opened a lighting-design workshop. He quickly won commissions from several French schools and libraries. In 1956, the influential Paris gallerist Steph Simon — who also promoted Prouvé, Charlotte Perriand and Isamu Noguchi — began to show Mouille designs, introducing his work to private collectors. Mouille would continue making handcrafted lighting fixtures at a slow but steady pace until 1964, when he stopped working to begin a long course of treatment for tuberculosis. When it was completed, Mouille returned to teaching at the École des Arts Appliqués for the remainder of his career.

With the biomorphic shades and long armatures of his fixtures, Mouille created one of the most engaging and idiosyncratic lighting aesthetics of his time. Though often described as “insect-like,” his pieces have more in common with the fluid, buoyant forms in the paintings of Jean Arp. (Mouille designed several cylindrical or columnar lamps; though highly collectible, those are interesting outliers in his body of work.)

As with Prouvé’s folded metal forms and Matégot’s perforated steel, Mouille brought a novel lightness and energy to metal furnishings. Since Mouille’s designs found renewed popularity in the early 2000s, licensed re-editions of his pieces are being produced. The disparity in price between vintage and current-day Mouille pieces is great. Older works — identification tip: the interior white reflective enameling has a yellowish cast — cost $20,000 to $40,000, and newer pieces go for 10 to 20 percent less than that. As you will see on these pages, Serge Mouille created icons of 20th century design — at once sleek, suave and friendly — that belong in any modern decor. 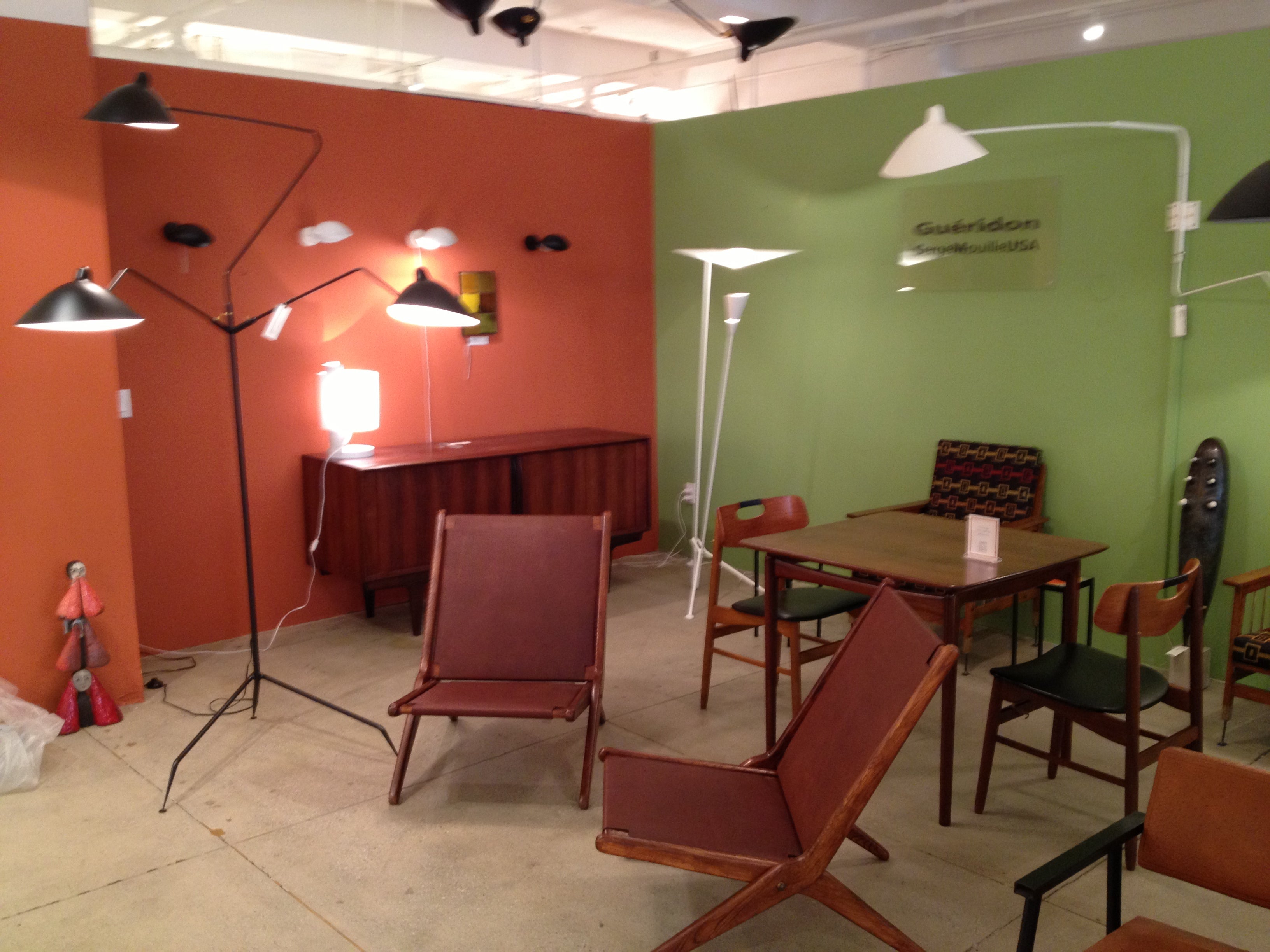 About the Seller
5.0
Located in Brooklyn, NY
Vetted Seller
These experienced sellers undergo a comprehensive evaluation by our team of in-house experts.
Established in 1995
1stDibs seller since 2004
148 sales on 1stDibs
Typical response time: 8 hours
More From This SellerView All
People Also Browsed
You May Also Like