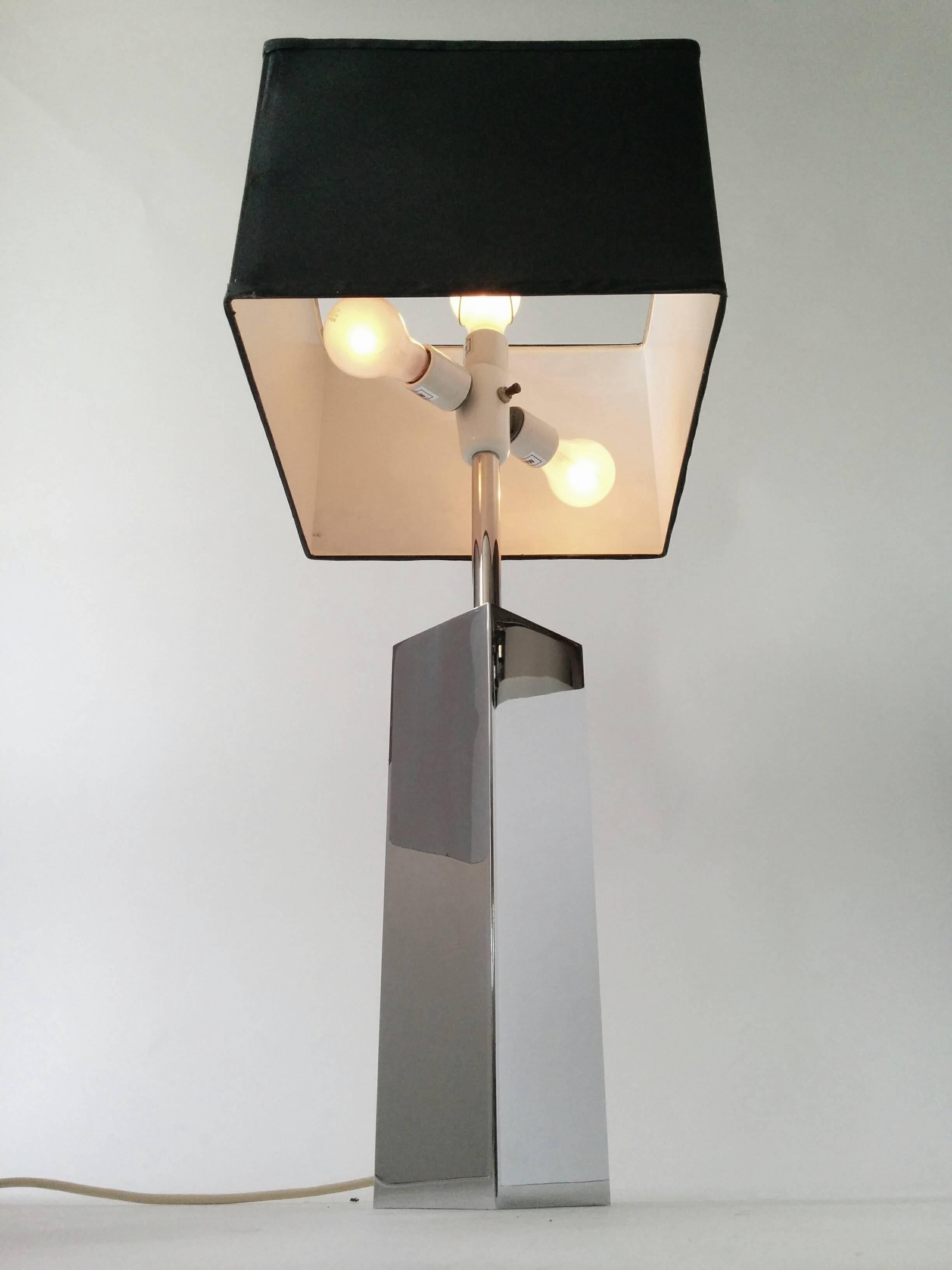 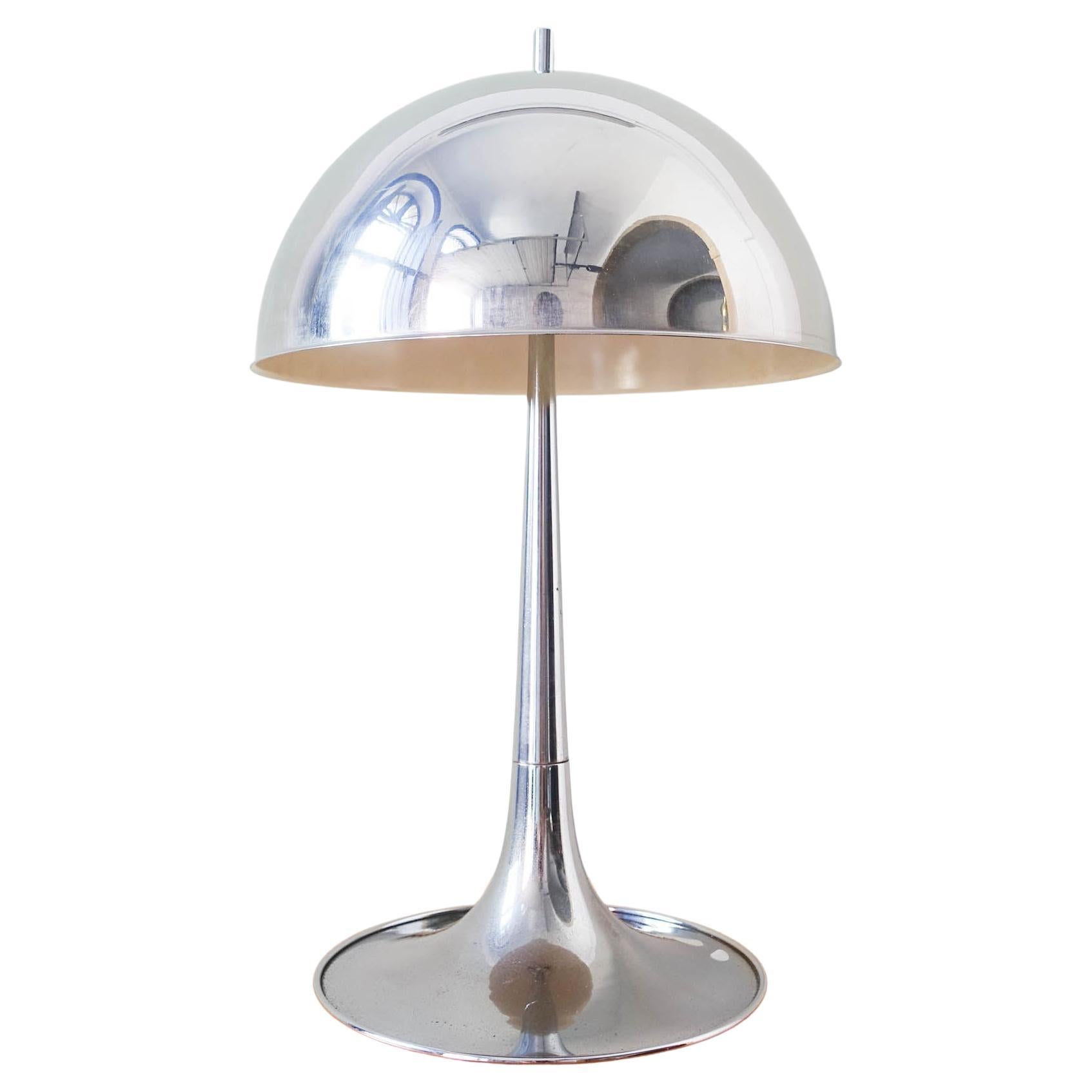 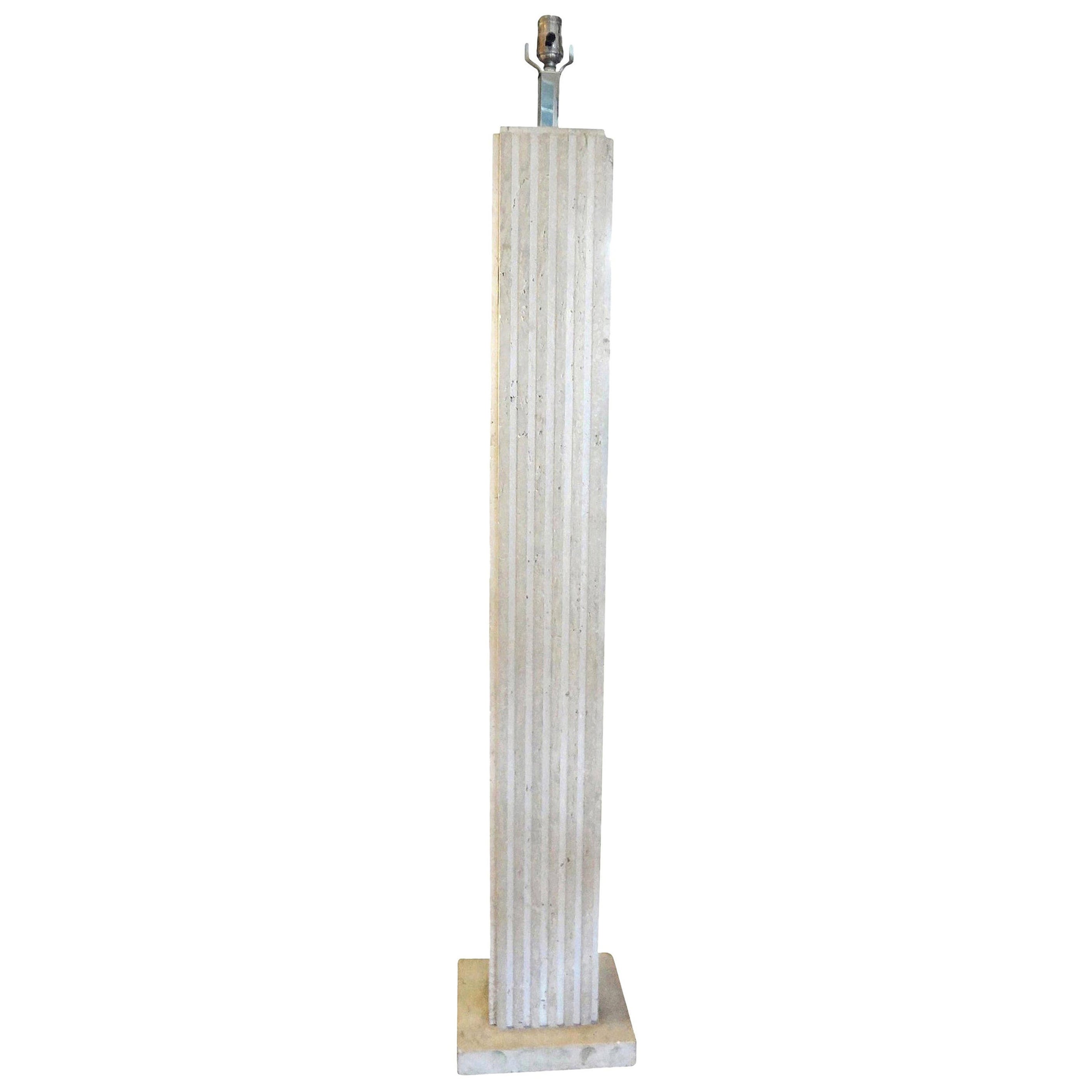 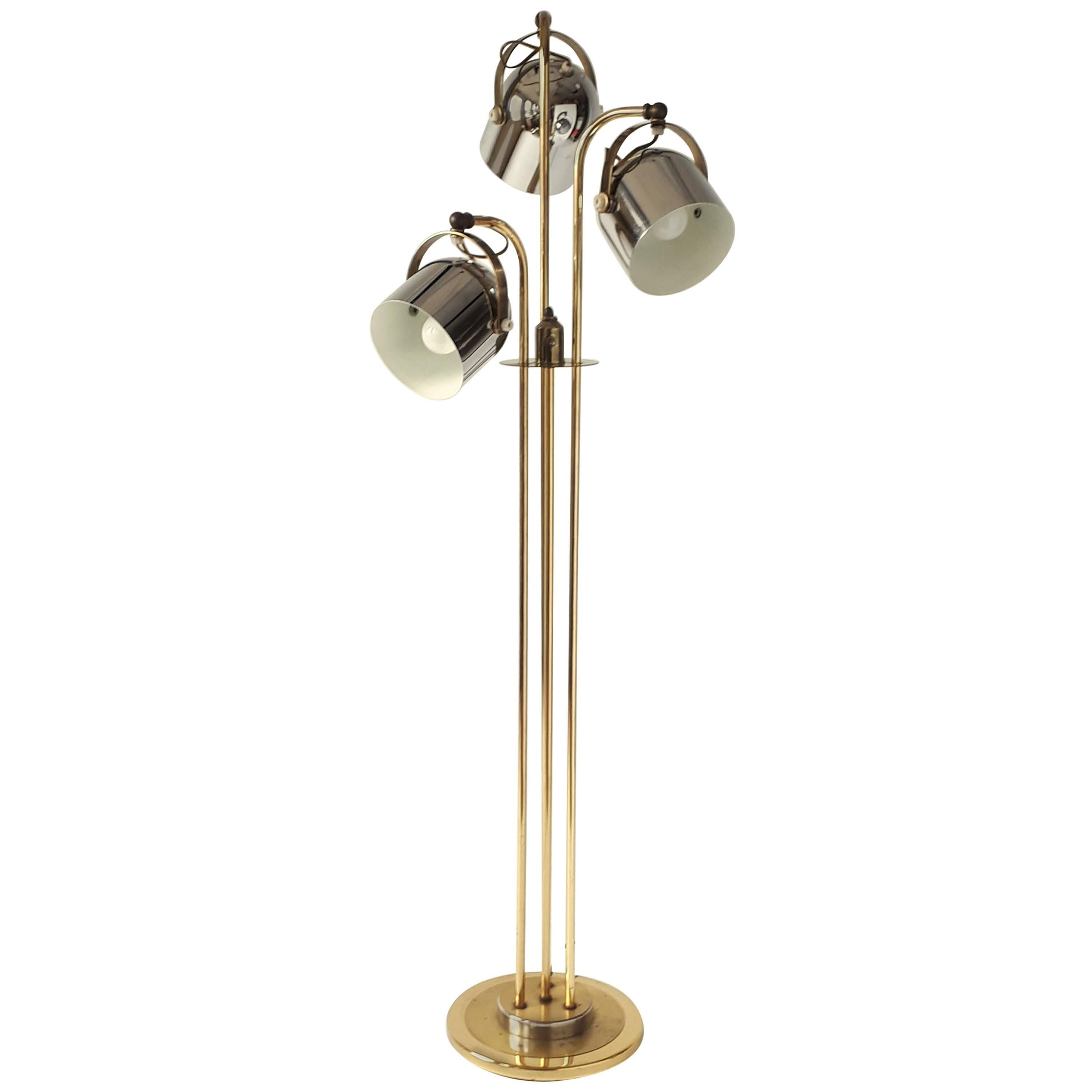 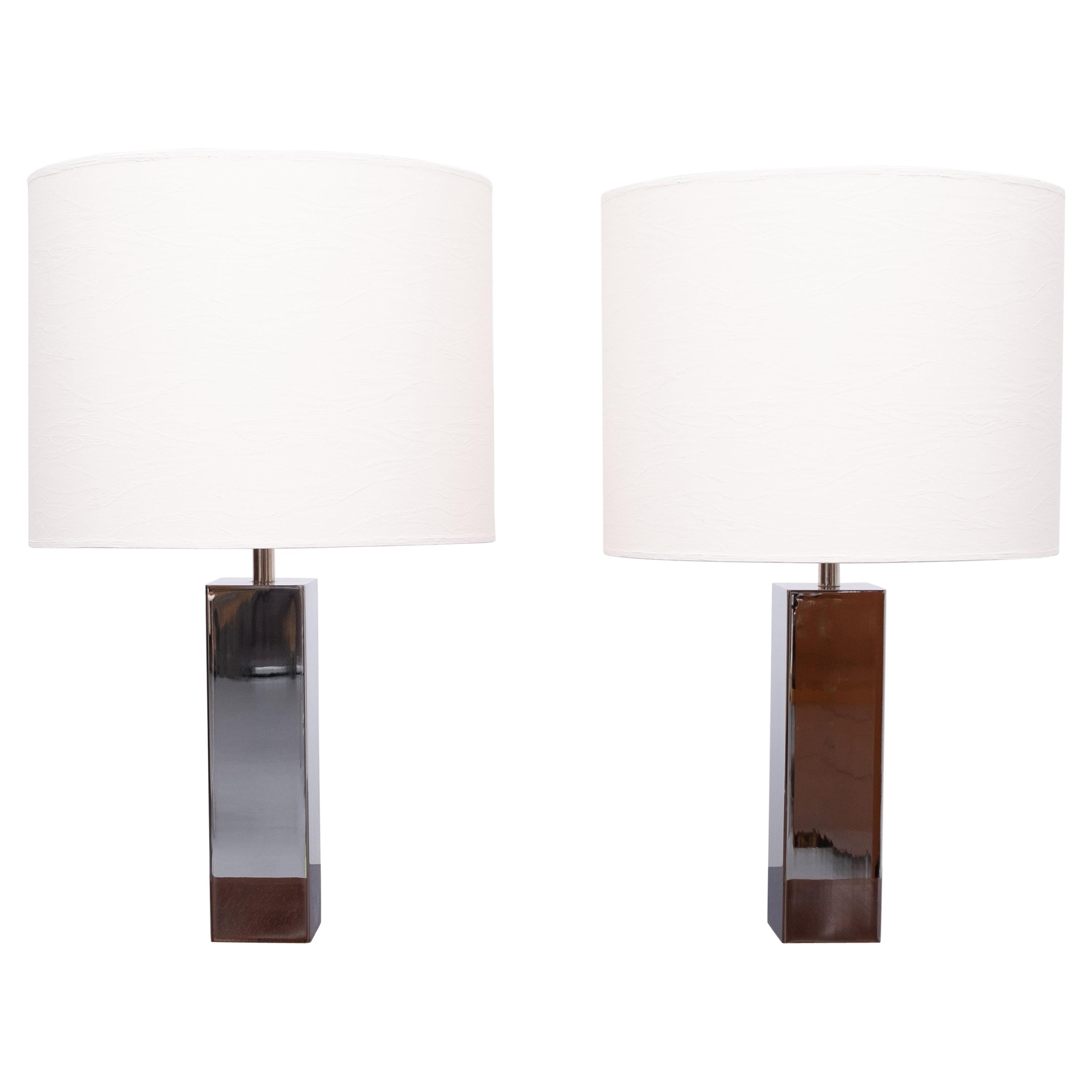 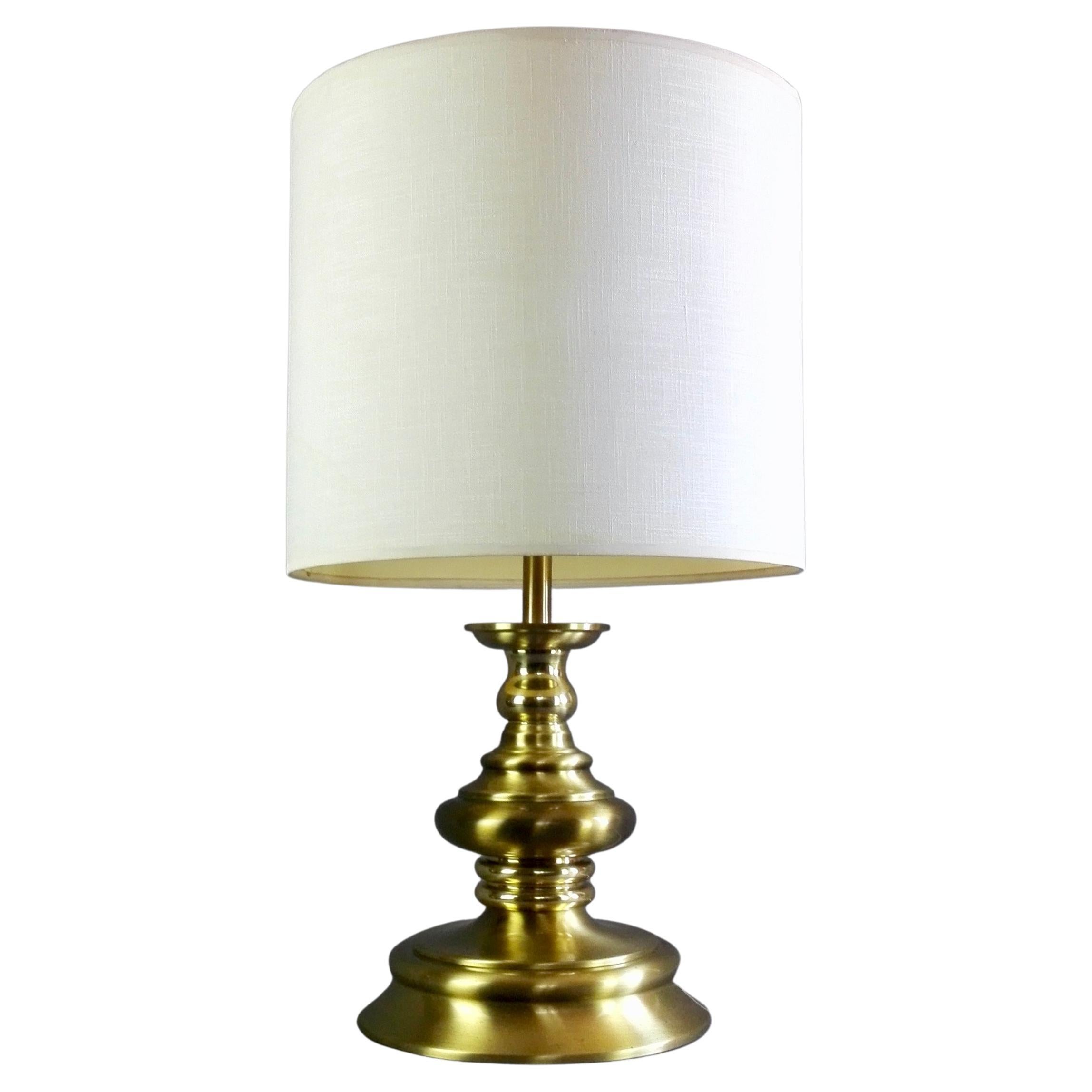 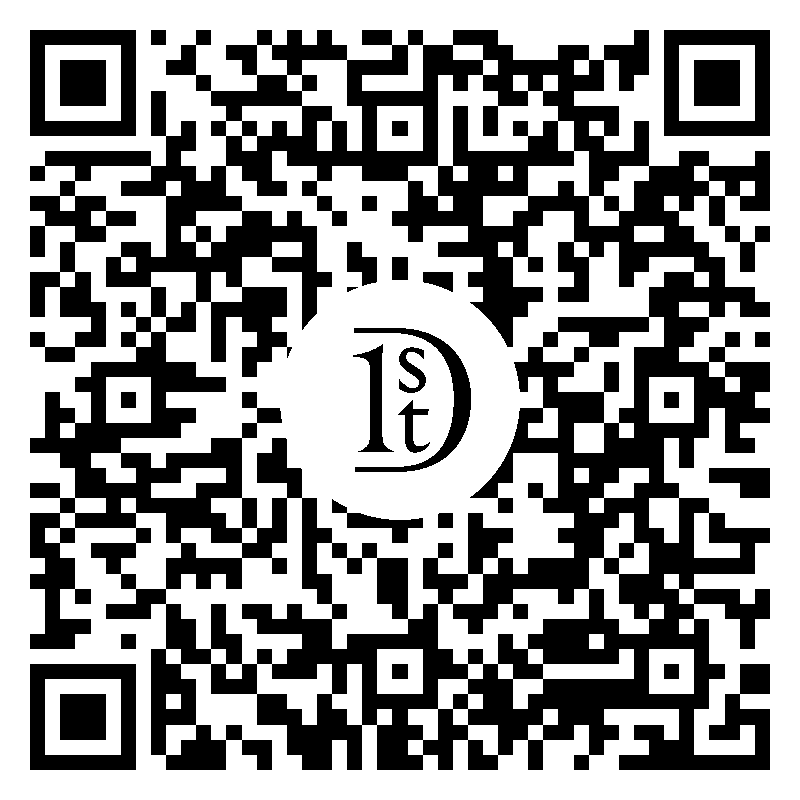 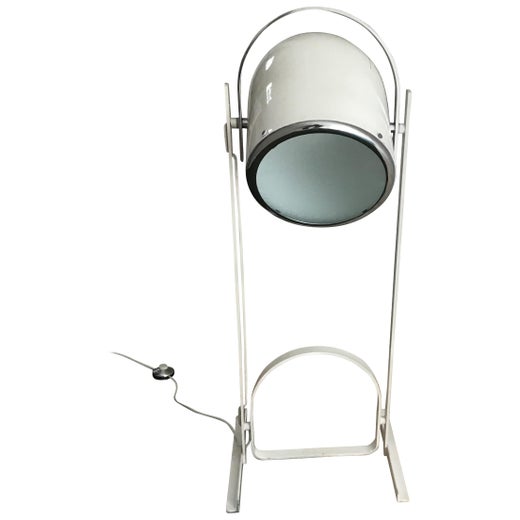 Founded in Italy in 1957 by Goffredo Reggiani, whose family still runs it, Reggiani Illuminazione today is an international company recognized as one of the world’s foremost producers of LED fixtures. Along with Venini and Kartell, the firm was part of the Italian design renaissance that took place in the middle of the last century, introducing exuberant new forms and colors for modern interiors. While Kartell and Venini specialized in plastic and glass, respectively, Reggiani has always focused on lighting, pioneering innovative technologies for every type of illumination, from wall sconces to track lights.

Reggiani rose to prominence in the 1960s with its introduction of sleek, sophisticated lighting fixtures made from wood, glass, and metal. This pair of sconces with frosted glass shades is typical of the firm’s early offerings, combining the warmth of teak — very popular at the time, thanks to the success of Danish modern furniture and accessories — with a futuristic silhouette free of embellishment. Throughout the 1960s and ‘70s, Reggiani’s chandeliers and pendant lights grew increasingly adventurous in design. Its Space Age line, featuring vivid hues and bold geometric forms, such as the cluster of spheres in this Sputnik chandelier, reflect the contemporary fascination with the space race, which influenced the design, popular culture and even fashion of the era. Inthe late 1970s, Reggiani began using acrylics in pieces like this bright orange table lamp.

Starting in the 1970s, the firm introduced the first low-voltage line of halogen lamps in Europe and, in the 1980s, debuted the Downspot. The first fully adjustable recessed electric lighting fixture, the Downspot became a popular design for track lighting, enabling architects and designers to customize illumination as never before. Today, Reggiani is at the forefront of LED lighting. In 2009, it launched the LED Luce system, which is now used in a variety of public spaces, including libraries, museums and showrooms. The firm’s Ambar fixtures were chosen for Rogers Stirk Harbour + Partners’s installation at the 15th International Architecture Exhibition of the Venice Biennale.

About the Seller
5.0
Located in St- Leonard, Canada
Platinum Seller
These expertly vetted sellers are 1stDibs' most experienced sellers and are rated highest by our customers.
Established in 2014
1stDibs seller since 2016
292 sales on 1stDibs
Typical response time: <1 hour
More From This Seller

$955
Pair of Reggiani Mushroom Lamp, Italy 1960s
By Goffredo Reggiani
Located in London, GB
Pair of table lamps designed by Goffredo Reggiani and produced by Reggiani, Italy, in the 1960s. The base is in chromed steel in the shape of a trumpet where a mushroom-shaped opal g...
Category