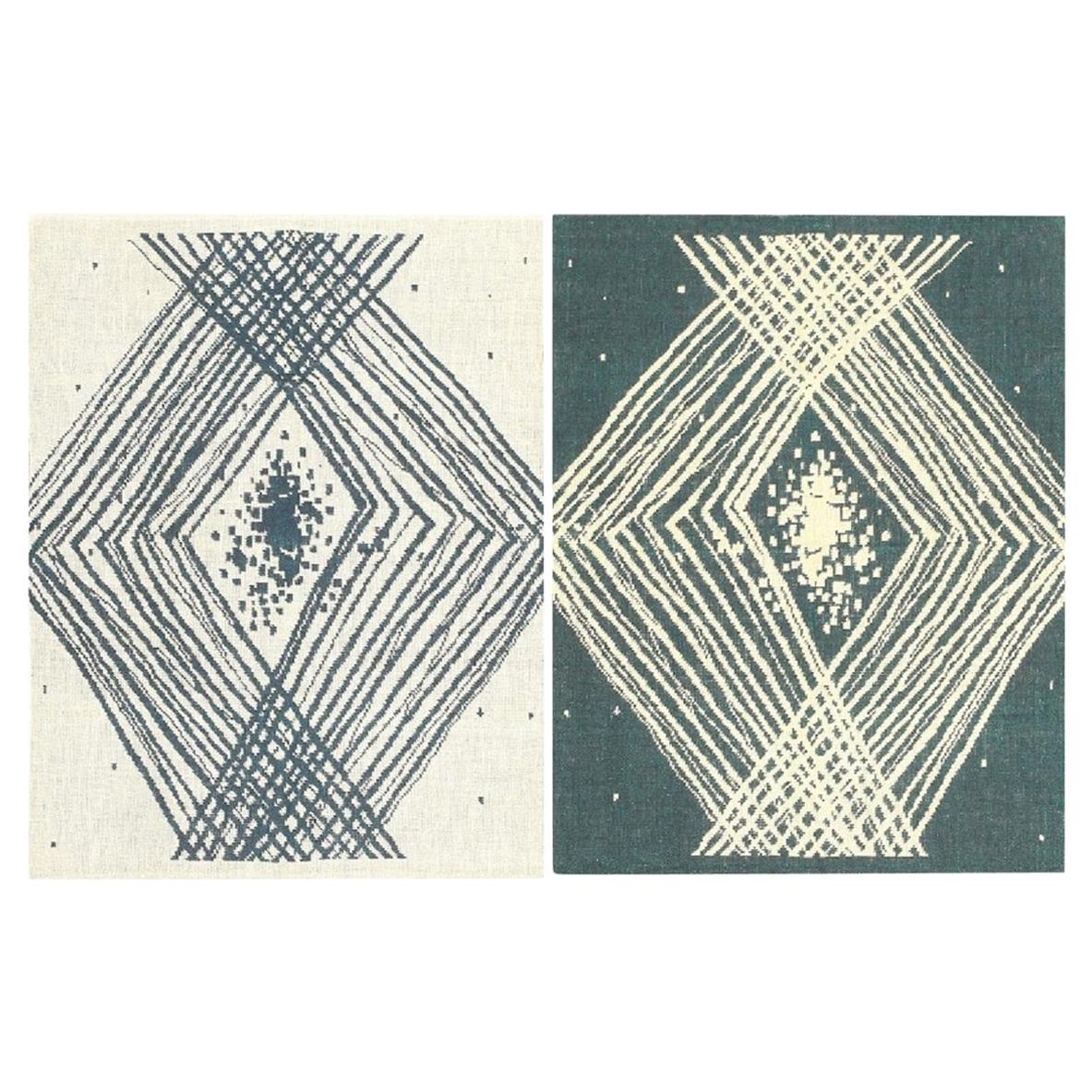 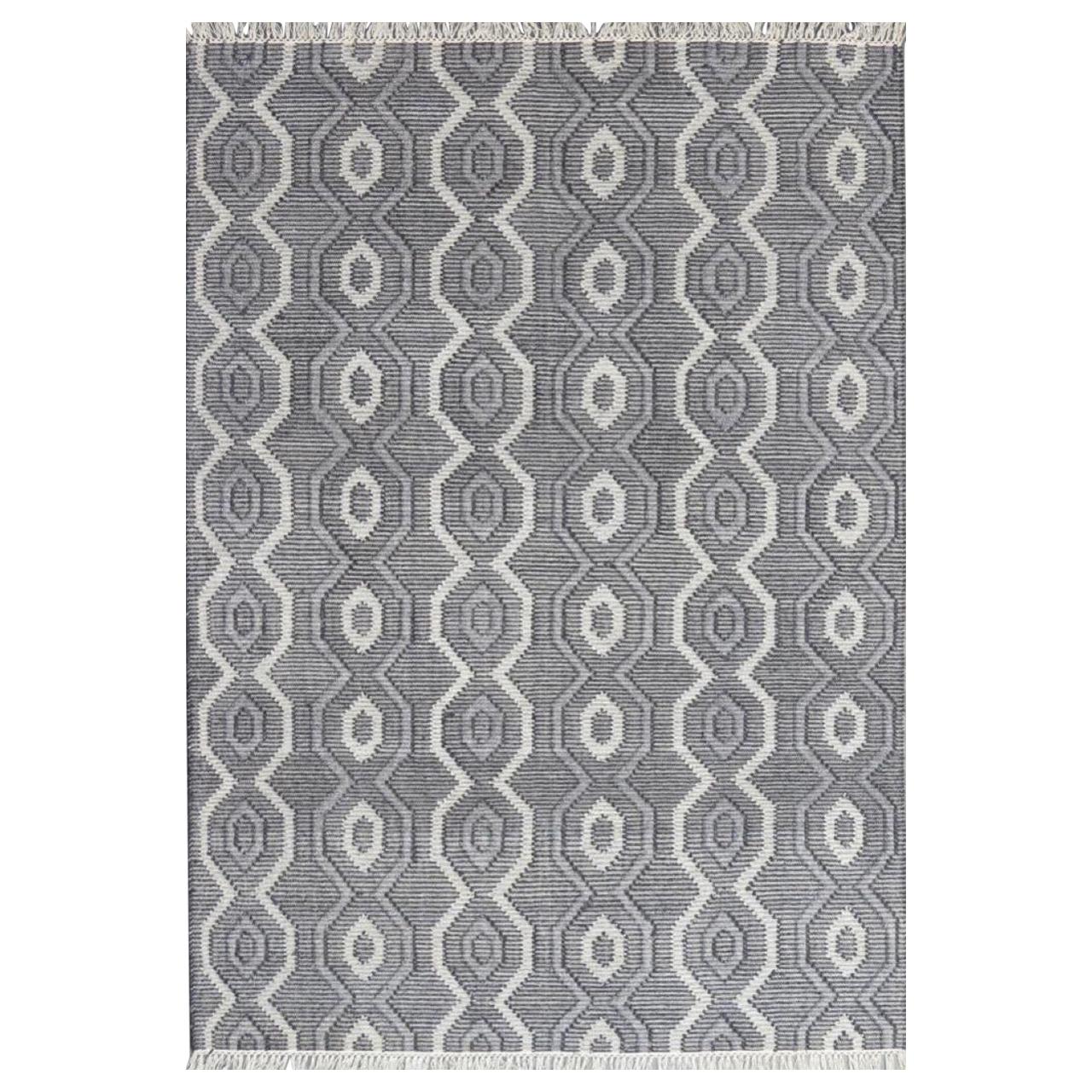 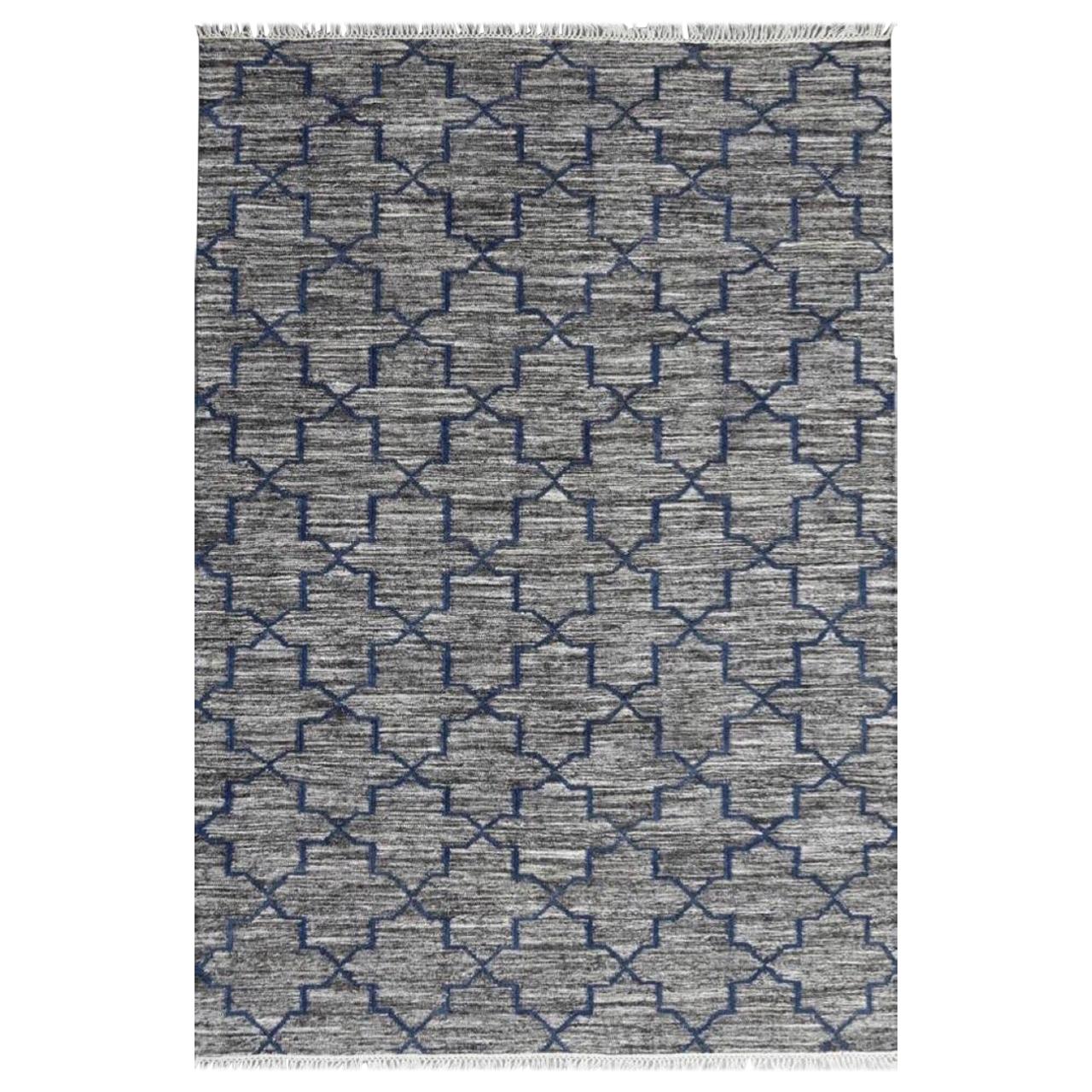 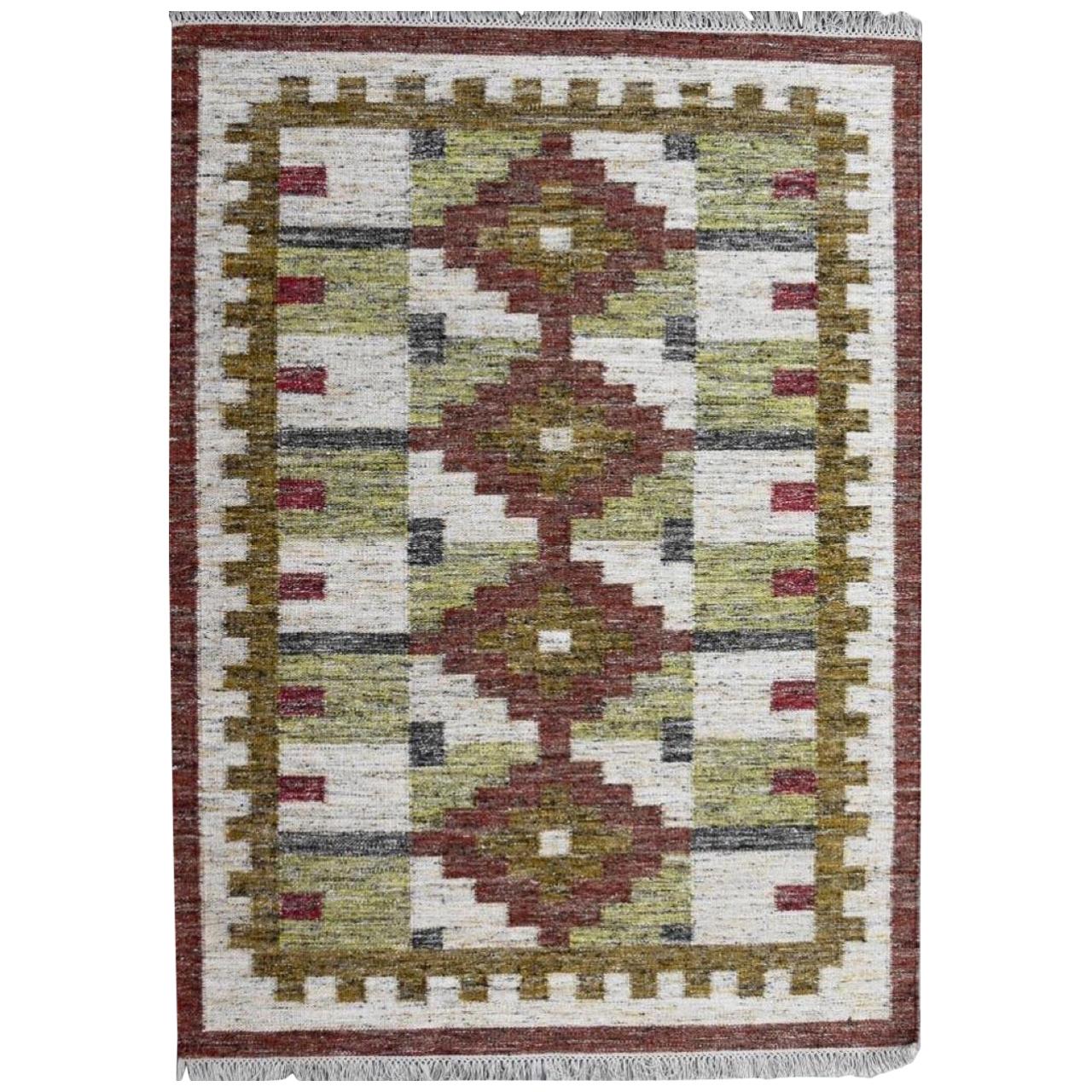 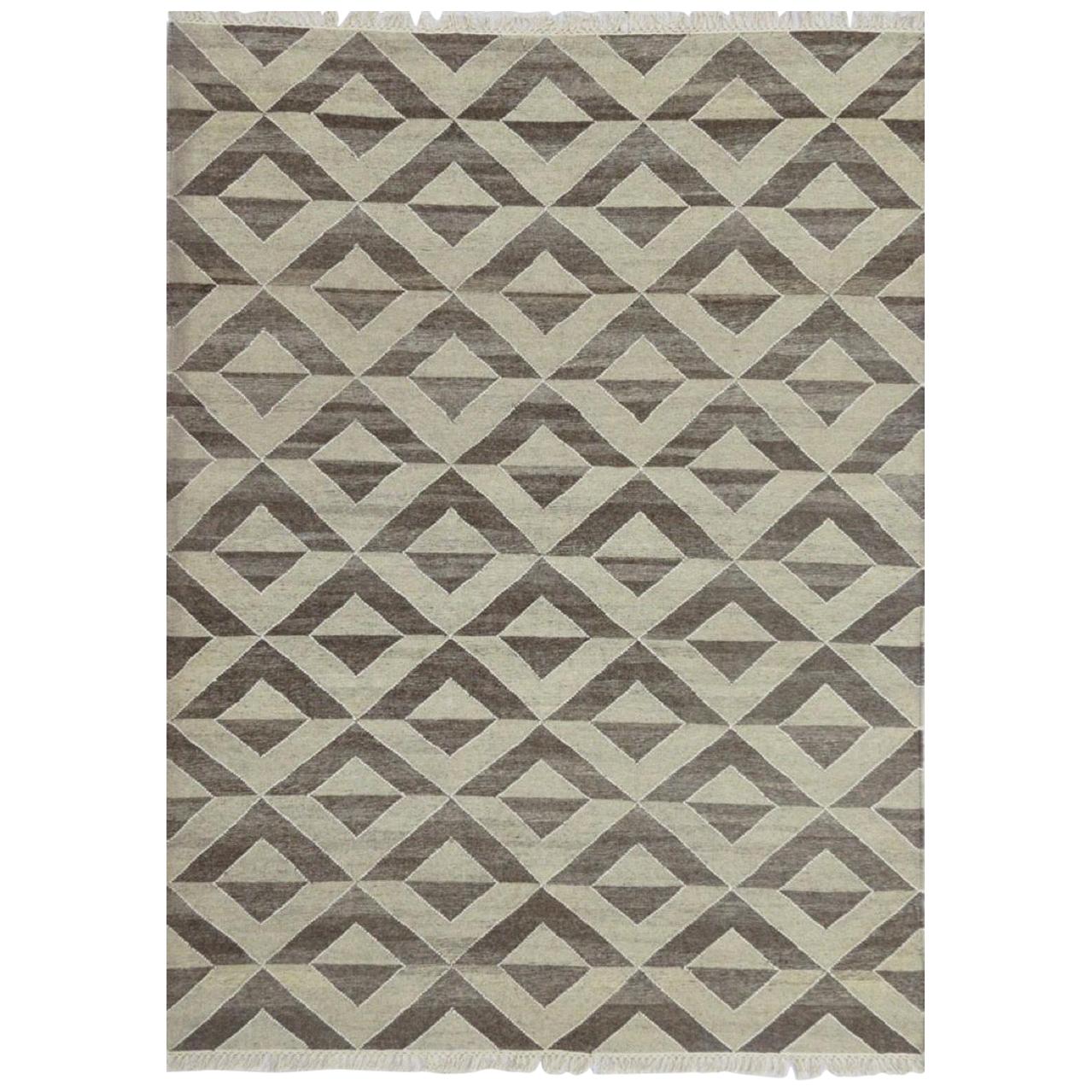 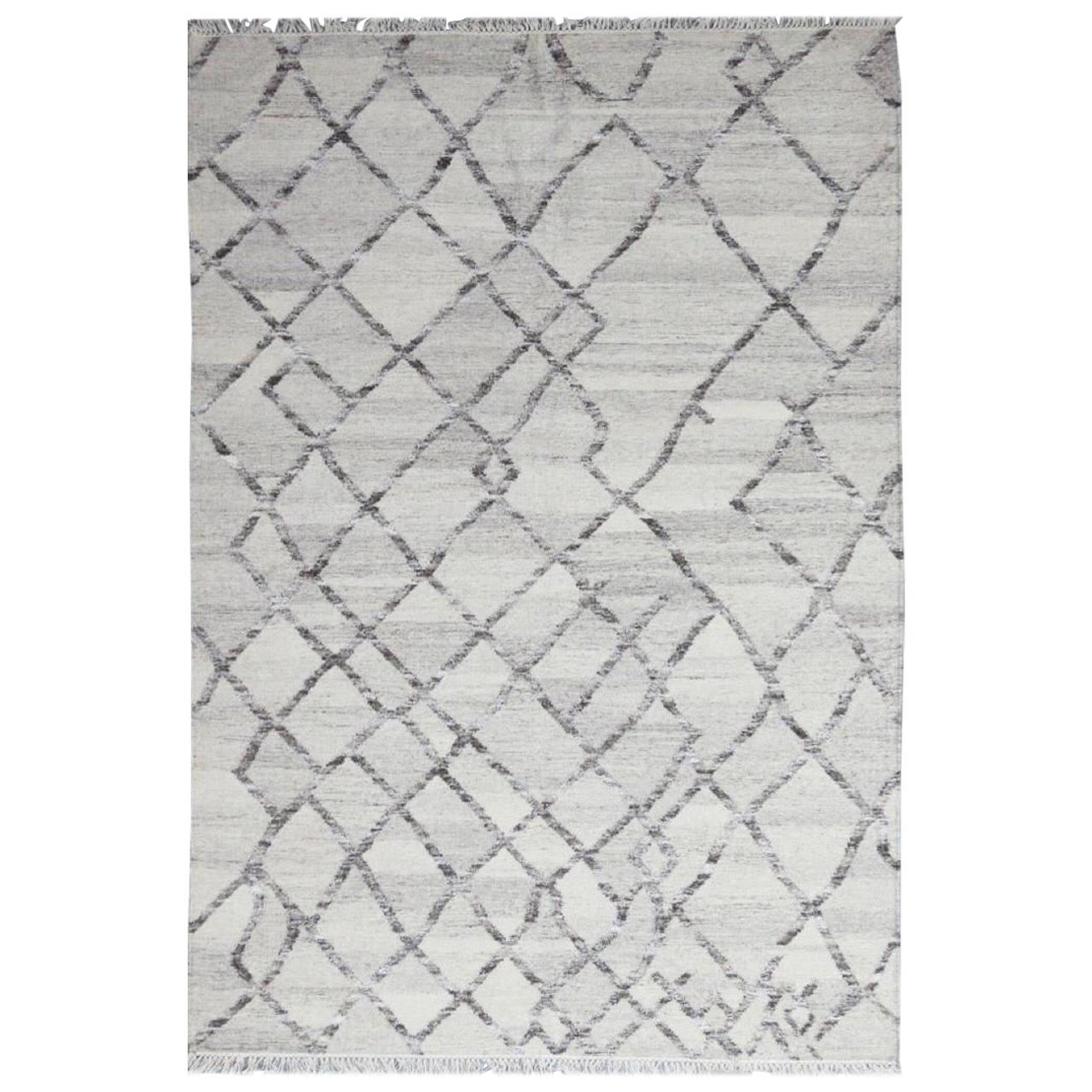 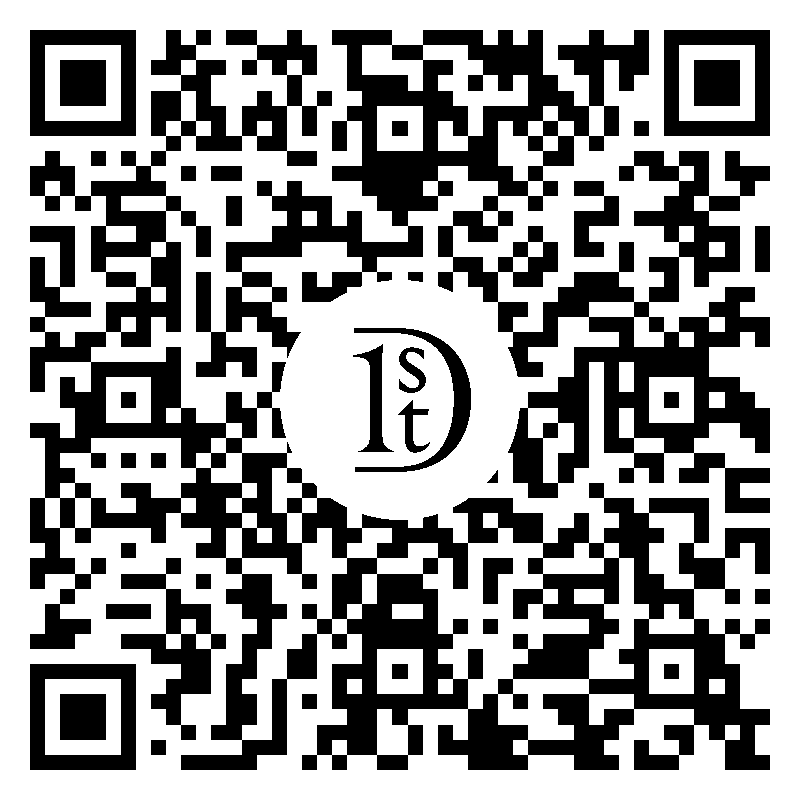 Vintage Scandinavian Dutch Corneille rug, Origin: Scandinavia, mid-20th century. Size: 6 ft 6 in x 8 ft 10 in (1.98 m x 2.69 m) Here is a unique and wondrous vintage carpet - a mid-20th century composition, designed by celebrated European painter Corneille. A hugely influential figure in the post-World War II European art world, Corneille is widely admired for his paintings of unrestrained joy and whimsy, which often test the boundaries of what was generally considered to be appropriate subject matter for a painting at the time. This particular composition beautifully showcases some of Corneille's more enduringly popular flourishes, including an extraordinarily vibrant pallet, abstract stylization, and curious, unorthodox subject matter. A delightful manager of animals, human figures and highly abstract geometric figures are placed at eccentric and seemingly random intervals and angles, with the boldness of the pallet giving every detail tremendous weight and presence within the broader composition. The image is signed with a flourish near the top in a typical Corneille touch. An exciting and appealing rug full of happiness and excitement, this Corneille composition is a remarkable example. The scene depicted on this vintage rug is at once recognizable and abstract. Dogs, cats, birds, and people are all visible, as is a central tree, composed in Corneille’s signature red and green. Creatures float and frolic in every direction, but the composition is grounded by a green, grassy plane and swaths of deep blue sky. Corneille’s wish to be a “painter of joy” is certainly attained in this cheery, bright rug, which would add a happy pop of color to any modern interior. 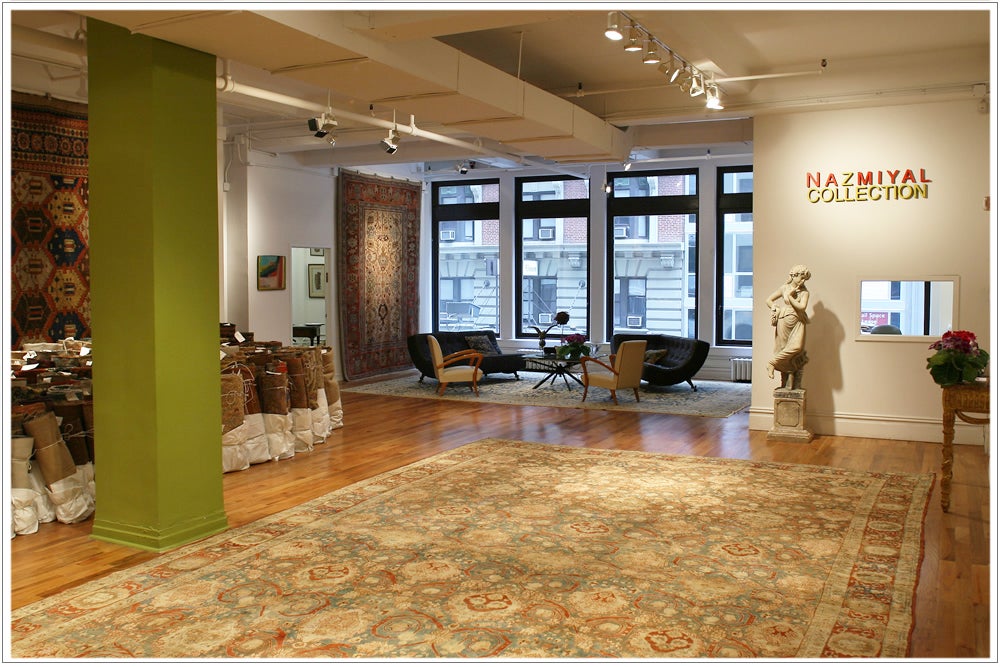 Diamond Seller
These expertly vetted sellers are 1stDibs' most experienced sellers and are rated highest by our customers.
Established in 1980
1stDibs seller since 2008
298 sales on 1stDibs
Typical response time: 3 hours
More From This Seller