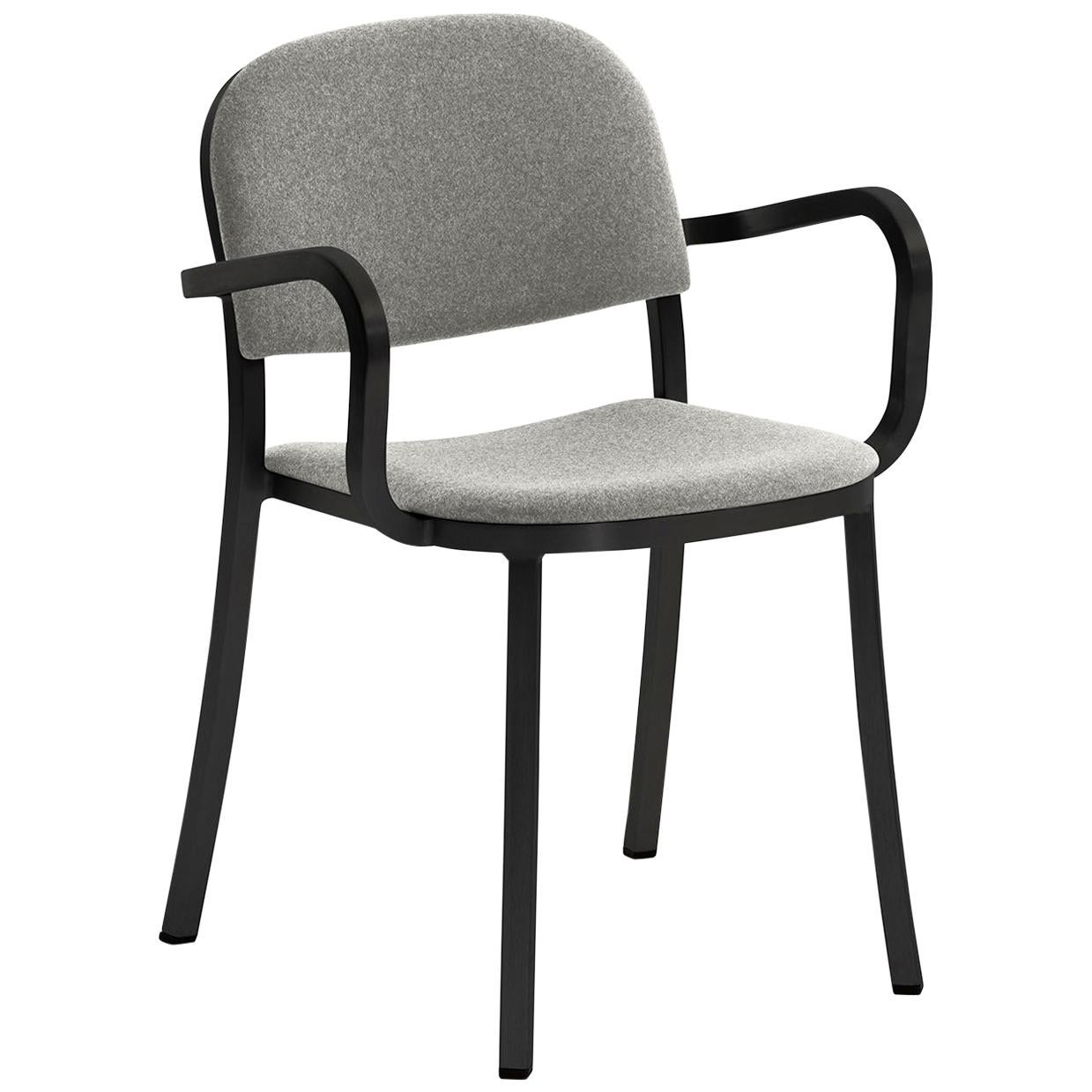 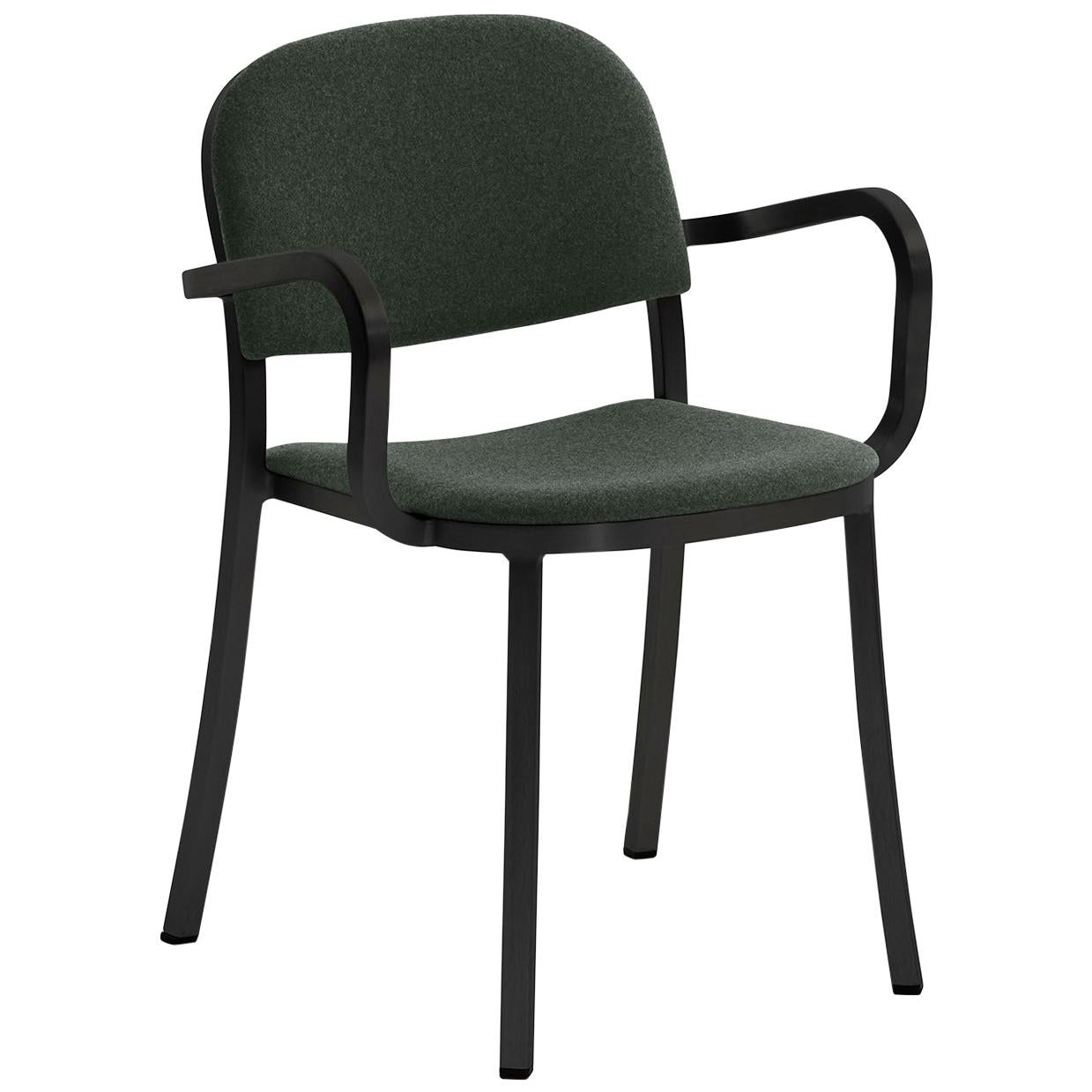 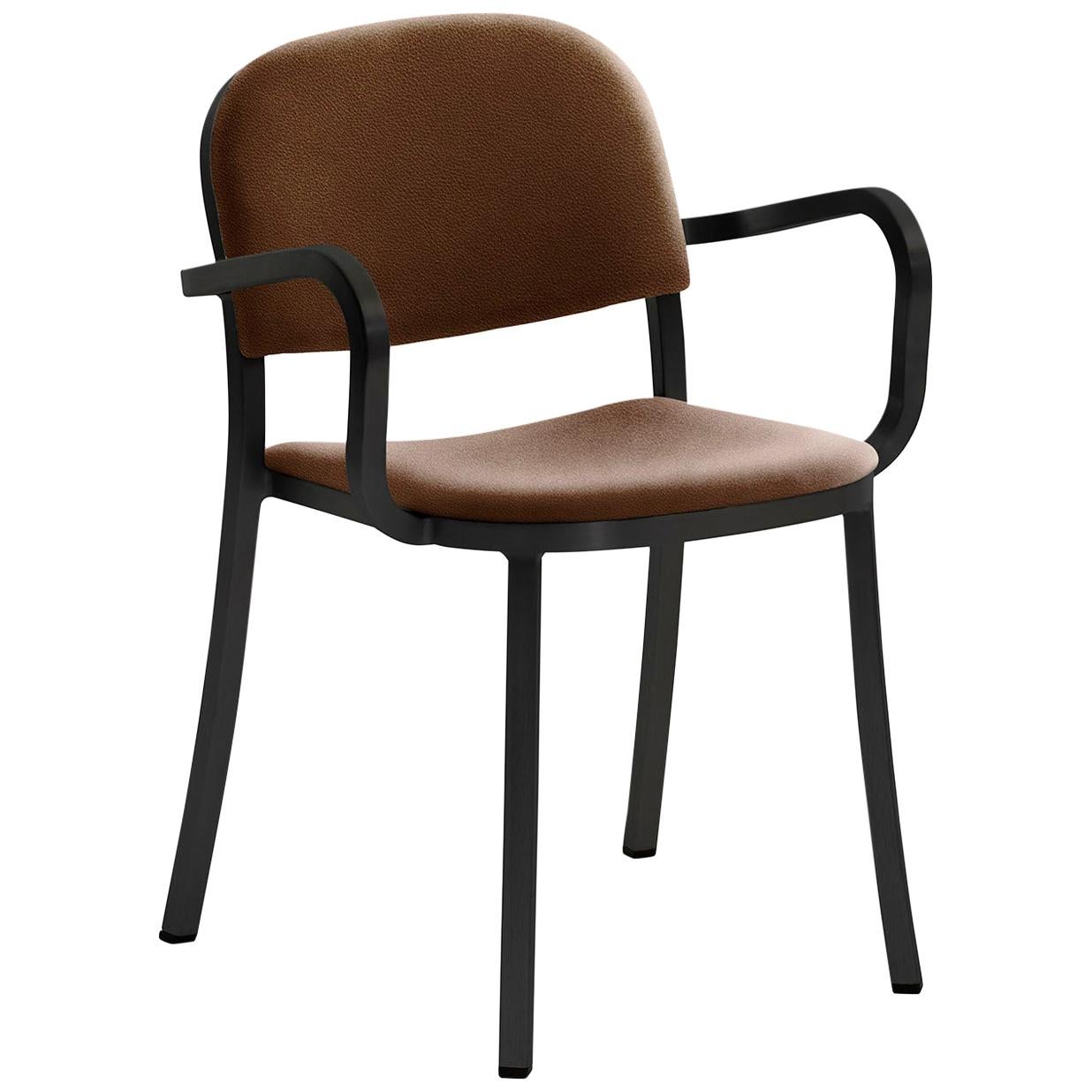 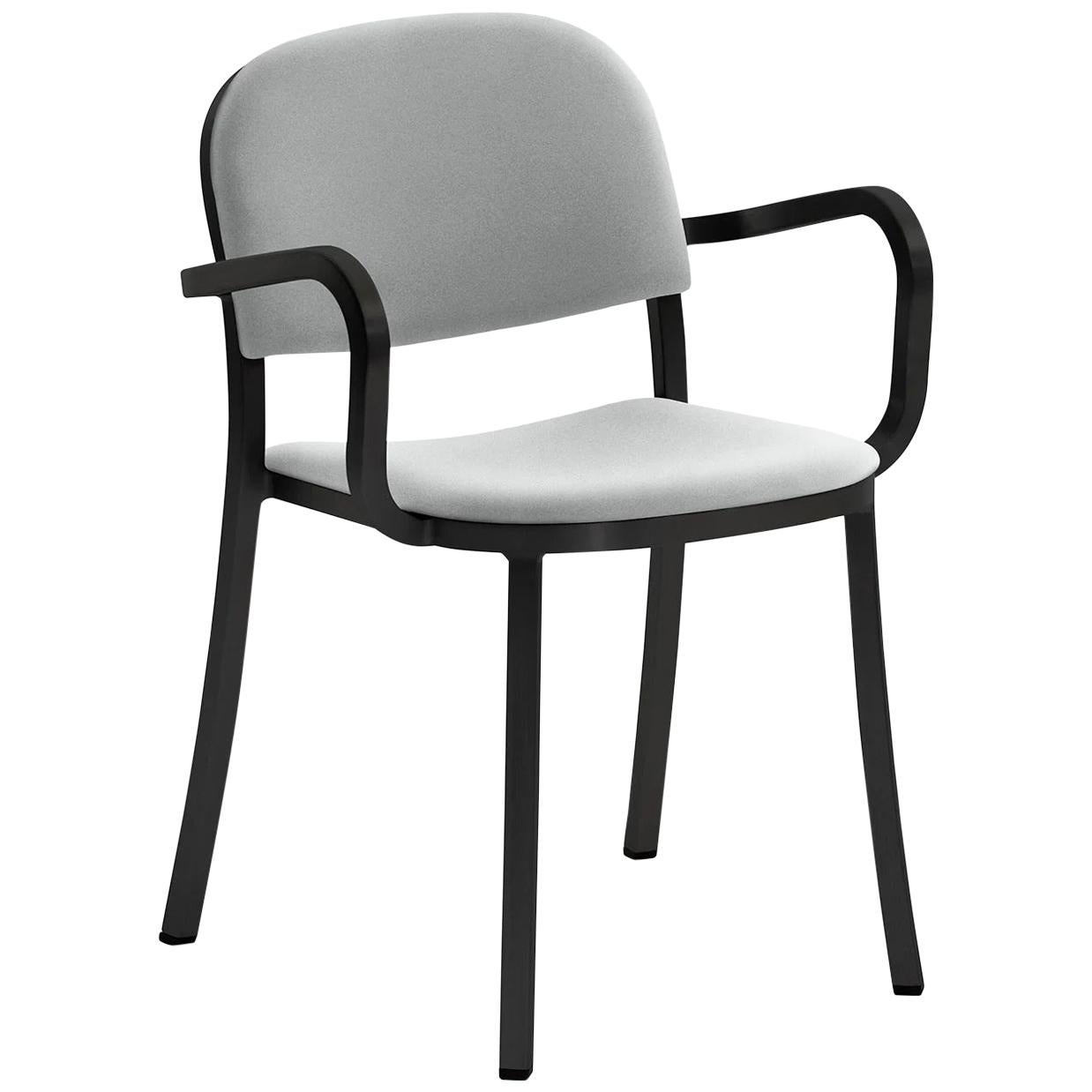 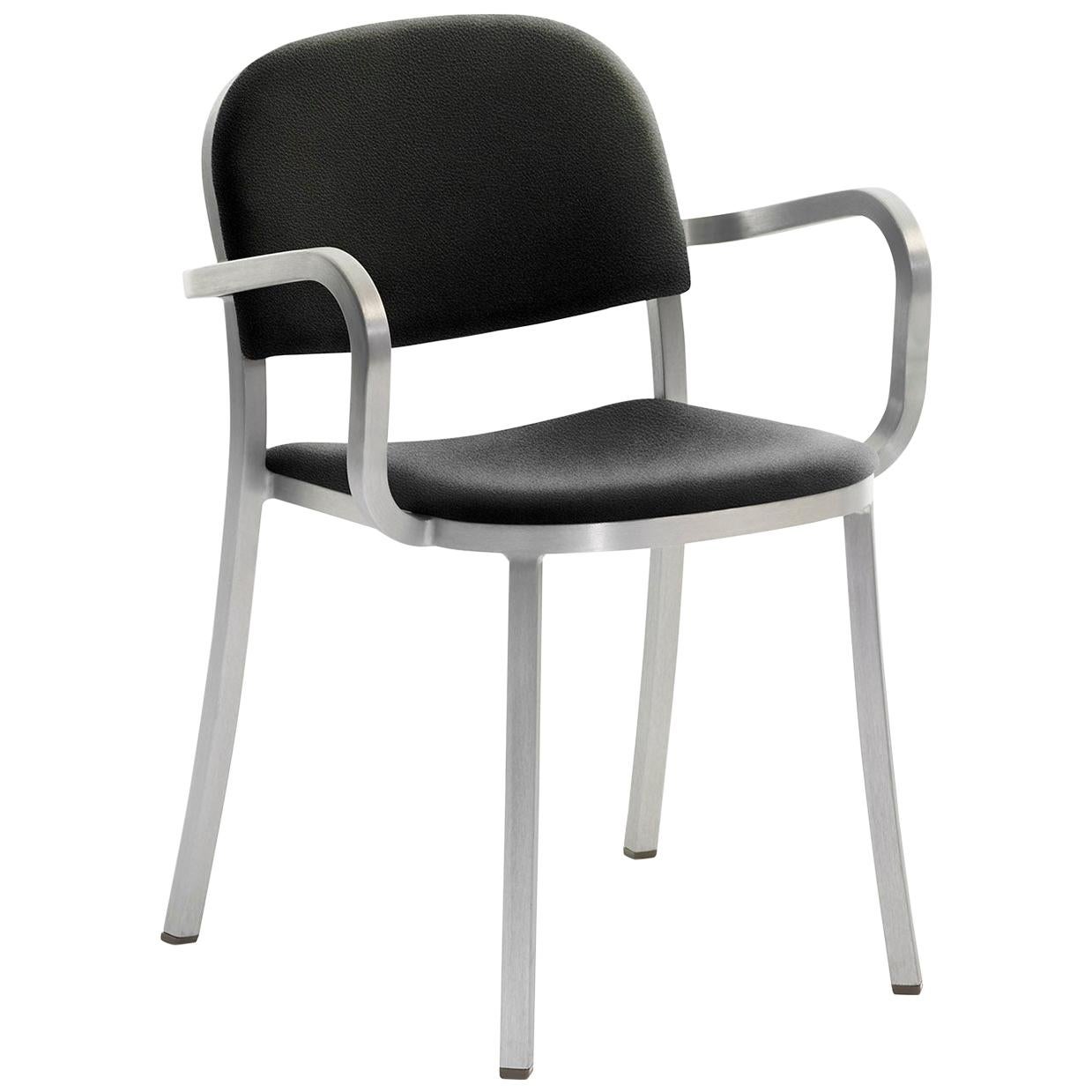 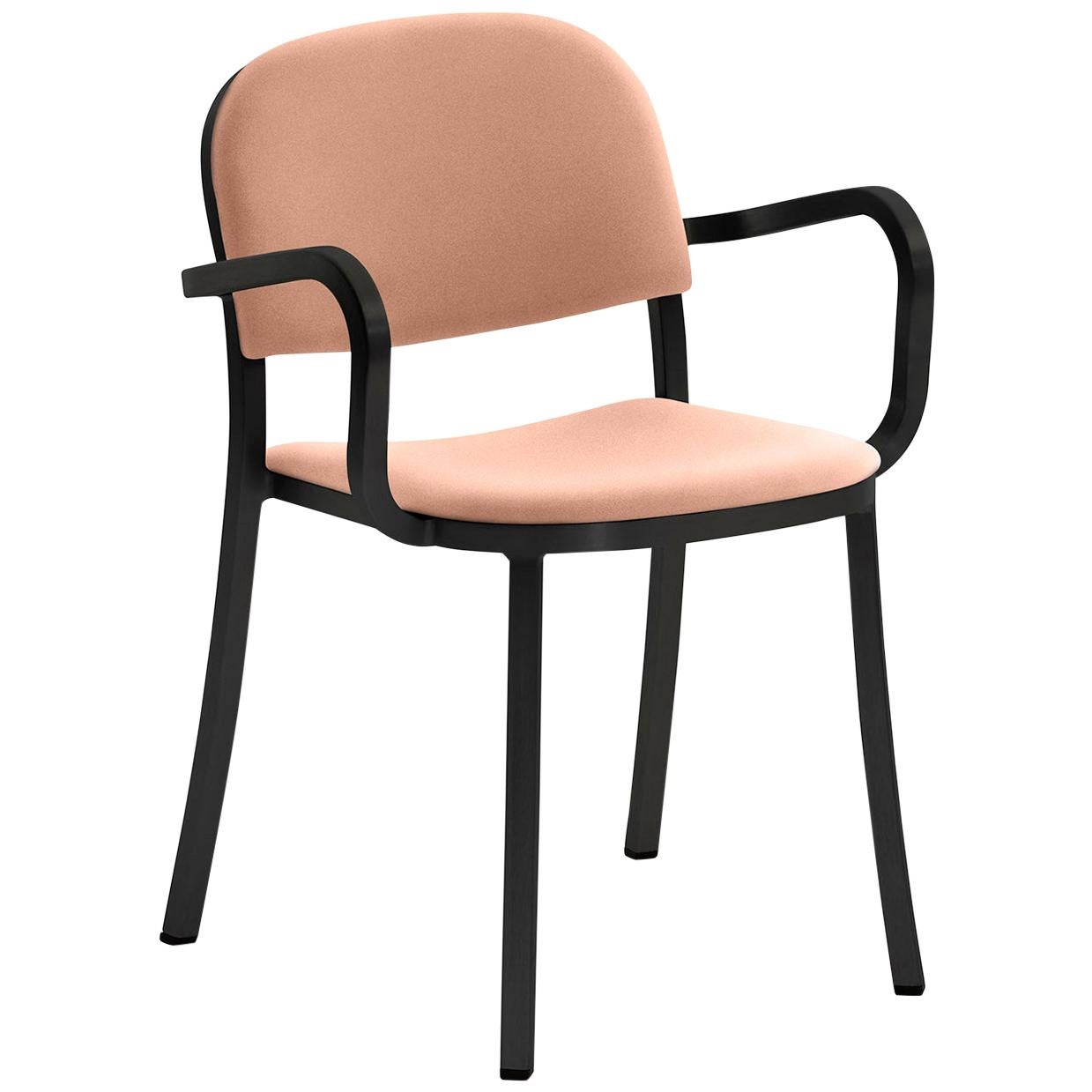 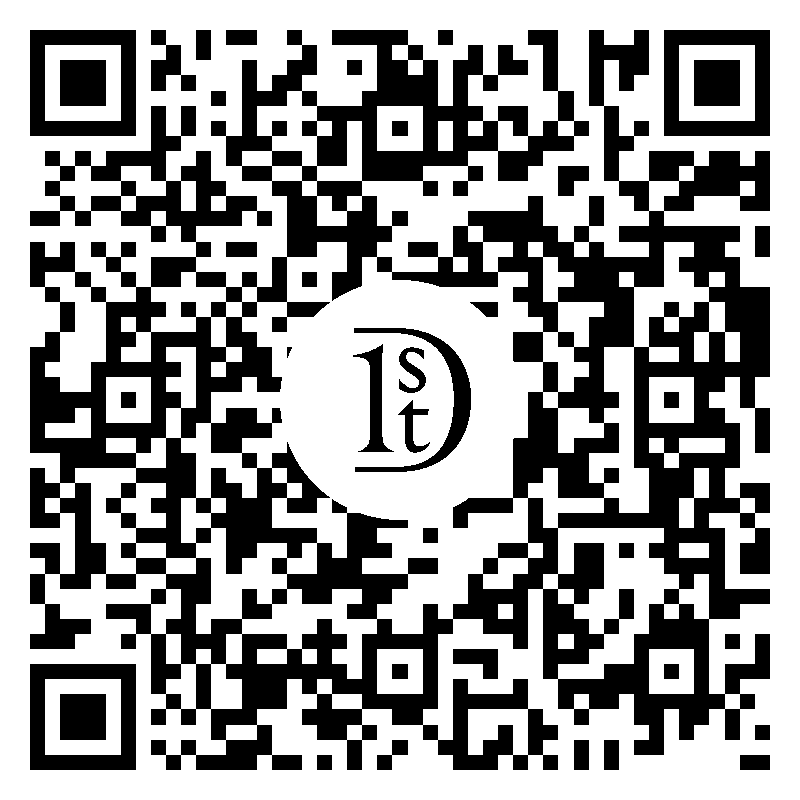 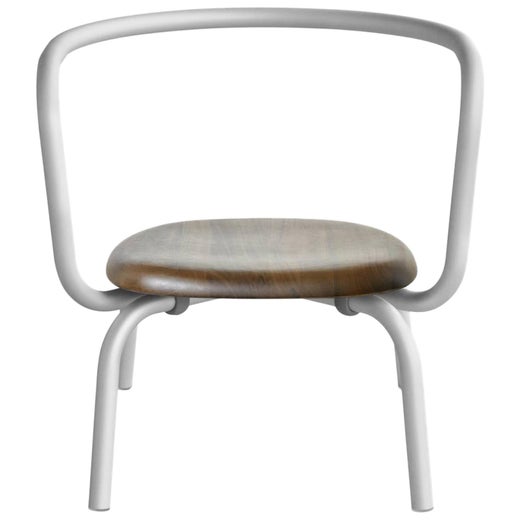 While they’re best known for their revolutionary Navy chair, iconic American furniture company Emeco makes a whole range of seating and other furniture — not just seaworthy chairs. The development of each product is guided by an eco-friendly ethos and pragmatic approach to design.

Emeco began to take shape during the 1940s, when the U.S. Navy needed a lightweight, fireproof chair that could withstand a torpedo blast and hold up to use by “big, burly sailors,” says Gregg Buchbinder, Emeco’s chief executive.

With experts from the Aluminum Company of America, an engineer named Wilton C. Dinges (1916–74) delivered, and the Emeco 1006 — that is, the Navy chair — an aluminum classic, was born. In order to demonstrate the chair’s sturdiness, Dinges threw it from the eighth floor of a hotel in Chicago, and when it landed, the chair bounced in lieu of breaking or bending.

The engineer secured a contract to manufacture the Navy chair beginning in 1944 at the Electrical Machine and Equipment Company (Emeco), which he’d founded a few years earlier in Hanover, Pennsylvania. In the ensuing decades, the factory’s craftsmen would stamp out by hand hundreds of thousands of Navy chairs for battleships, aircraft carriers and submarines — a process that requires more than 70 steps.

Today, the impossibly durable Navy chair, which is recyclable and made of at least 80 percent recycled aluminum, inspires knockoffs left and right and can be found in a variety of public settings, from upscale restaurants to hotels and offices. But it took time to get here.

In 1979, Gregg’s father, Jay Buchbinder, a businessman whose Long Beach, California, furniture company manufactured seating for fast food restaurants, purchased Emeco. The company hit a rough patch in the 1990s. When Gregg acquired Emeco from Jay in 1998, he took the $2 million in debt that came along with it. Fortuitously, Gregg learned that the Navy chair had taken on a new nonmilitary identity around the same time and that it was increasingly seen as sleek and retro in addition to being great submarine seating. Orders for the Navy chair were coming in from design luminaries like Ettore Sottsass, Giorgio Armani and a daring young French designer named Philippe Starck, who purchased a large number of 1006s for Ian Schrager’s Paramount hotel in New York City.

Gregg seized on Emeco’s newfound popularity, initiating a partnership with Starck, who would design the company’s Hudson Collection, a line planned for Manhattan’s Hudson Hotel that saw the Navy chair take on the form of a barstool and other pieces. He also partnered with Frank Gehry, whose Superlight chair for Emeco can be hoisted off the ground with one hand. Collaborations with Jasper Morrison, Jean Nouvel and others followed, and today, Emeco continues to build durable seating furniture from a range of recycled materials with a variety of designers.

From $3,265 / item
Vitra by Jasper Morrison Park Brown Leather Armchairs
By Vitra, Jasper Morrison
Located in London, GB
Designed by Jasper Morrison for Vitra in 2004, the park armchair has a sleek and modern aesthetic. The chairs have a cubic silhouette, with a solid wood frame and sits on four pol...
Category

$885 / item
Jasper Morrison Medium Morrison Stool in Black Stained Ash for Cappellini
By Jasper Morrison, Cappellini
Located in New York, NY
Available in three different heights, the Morrison stool by Jasper Morrison has a slightly concave seat that is a harmonious contrast to the straight, well-defined lines of the base:...
Category

$780 / item
Jasper Morrison Low Pad Armchair in Beech with Black Leather for Cappellini
By Jasper Morrison, Cappellini
Located in New York, NY
Maximum comfort, minimum dimensions: this was the underlying study behind this design by Jasper Morrison. The low pad has a shell made of curved beech plywood paired with perfectly s...
Category

$3,100 / item
Jasper Morrison Tate Chair in Fabric or Leather Upholstery for Cappellini
By Cappellini, Jasper Morrison
Located in New York, NY
Easy to stack, to a maximum of 6 pieces, the Tate chair designed by Jasper Morrison is part of a range that includes chairs and stools. This series has a base made of satined stainle...
Category

From $5,265 / item
Jasper Morrison Small Hi Pad Stool in Fabric or Leather Upholstery by Cappellini
By Jasper Morrison, Cappellini
Located in New York, NY
The Hi pad chair, and accompanying Hi pad Stool, are the result of a production process that represents the perfect balance between technology and artisan craftsmanship: in these pie...
Category