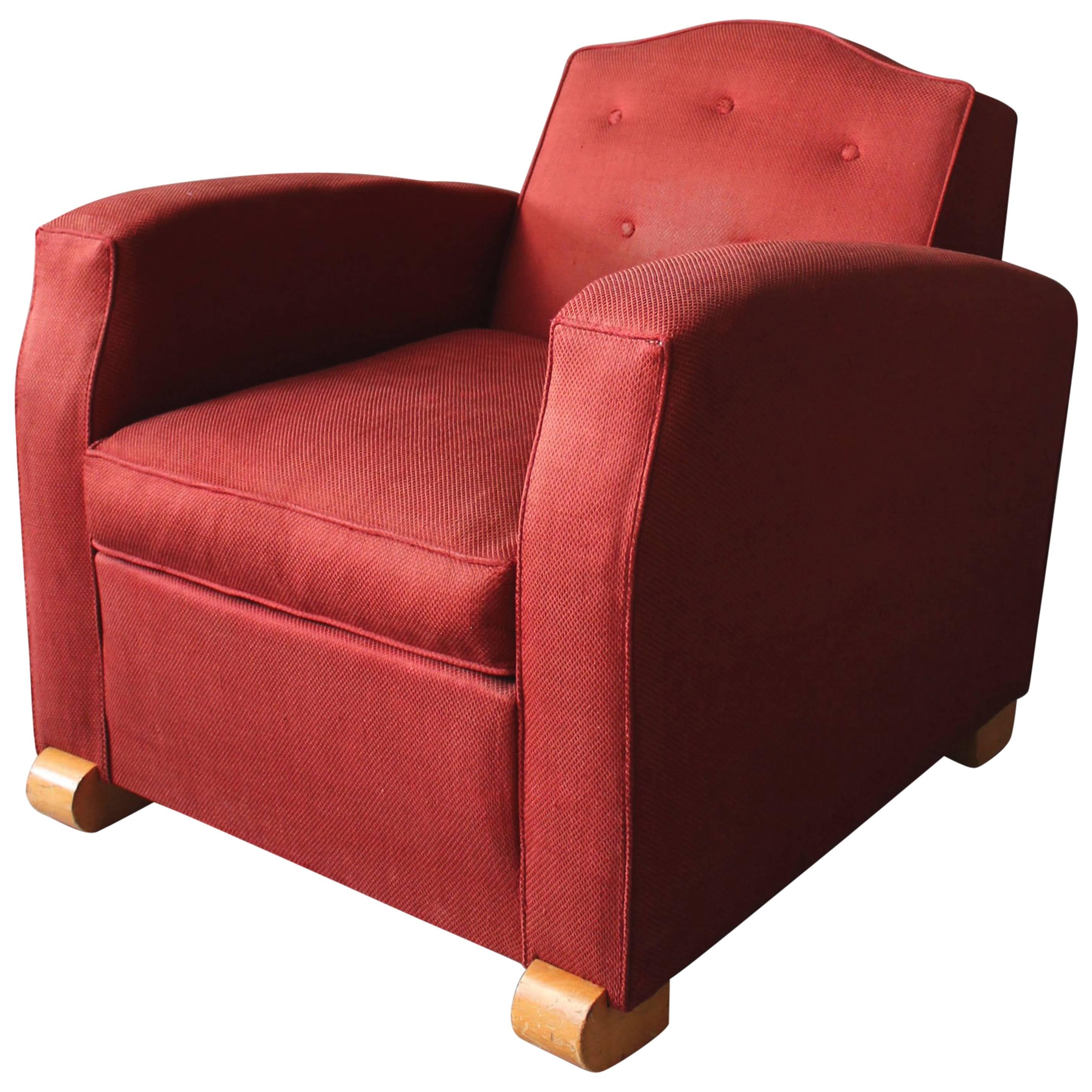 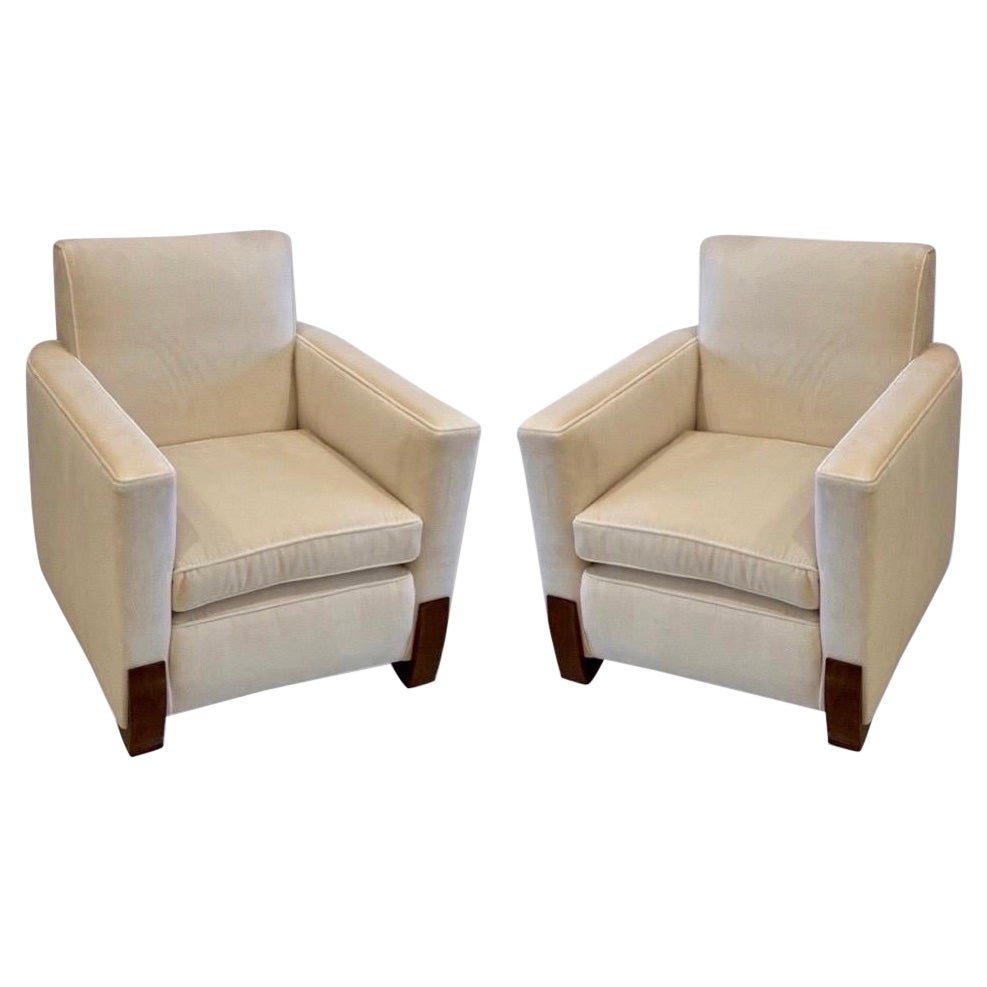 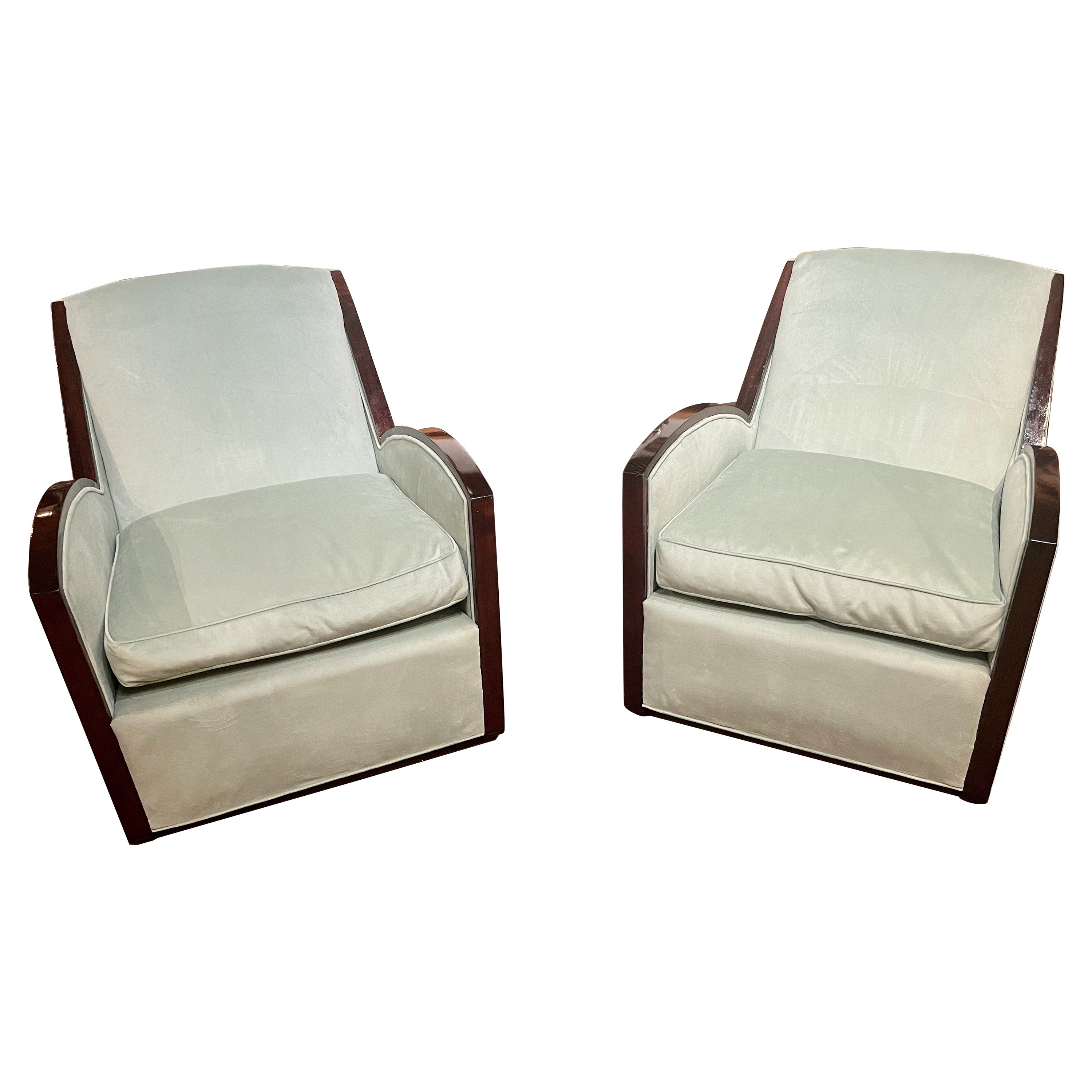 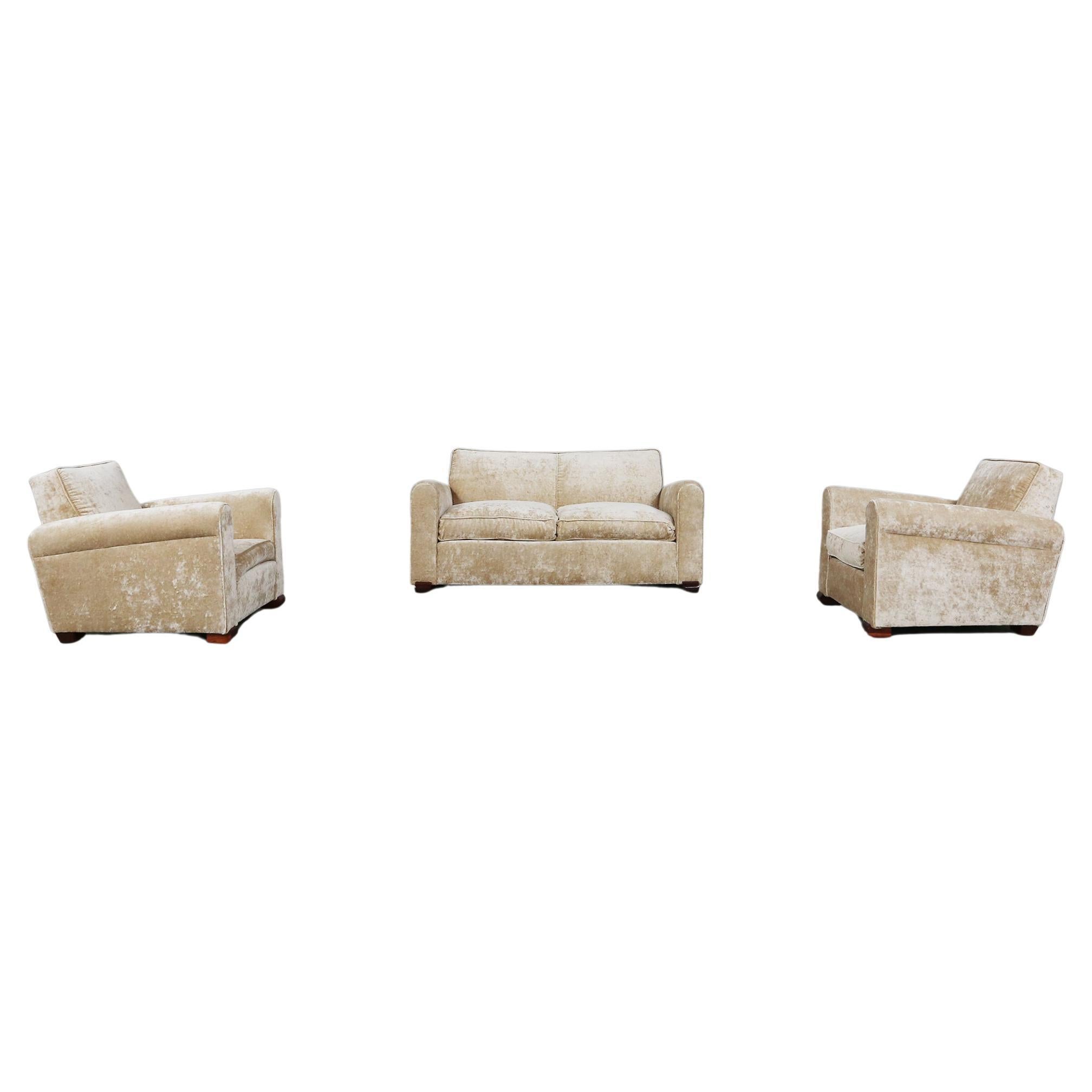 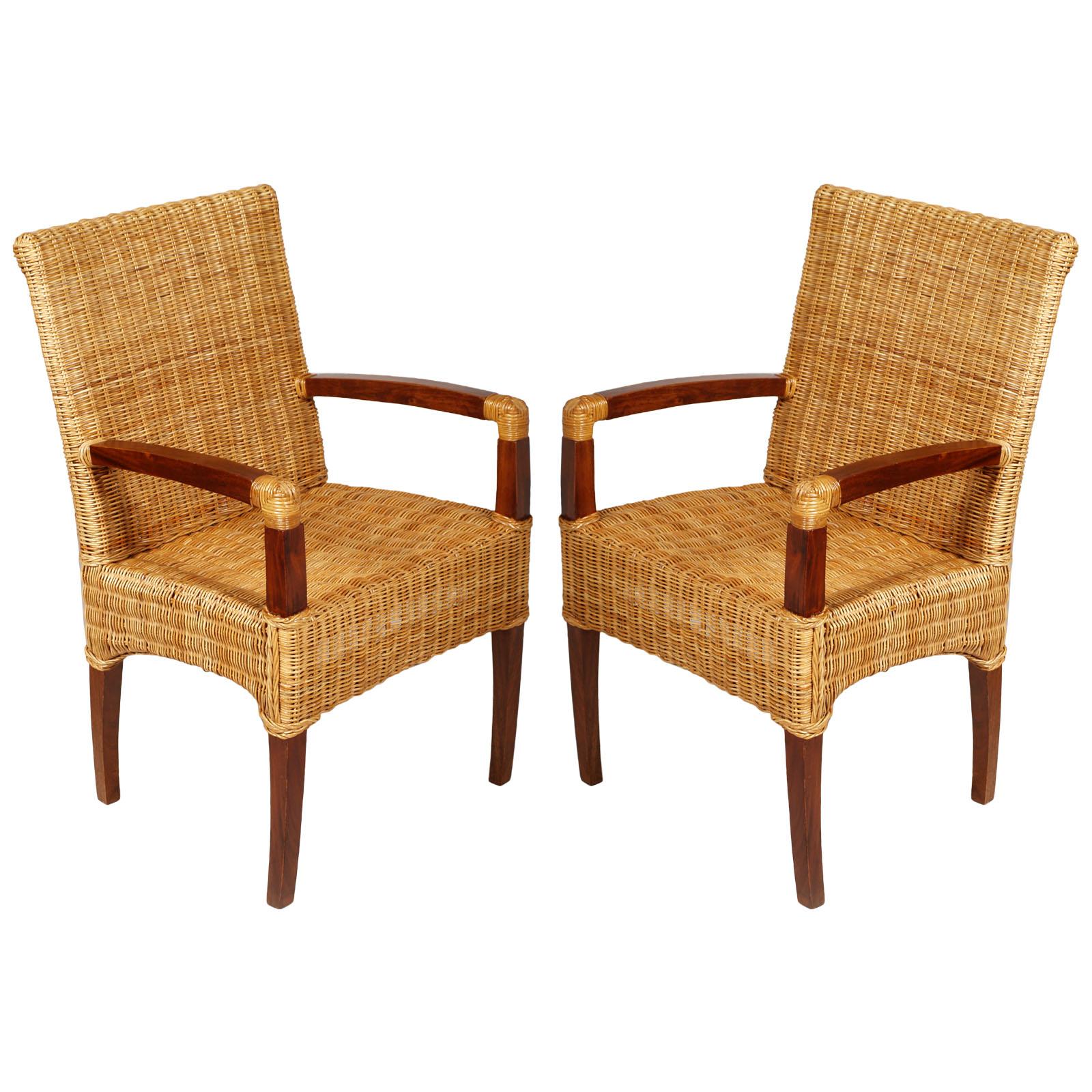 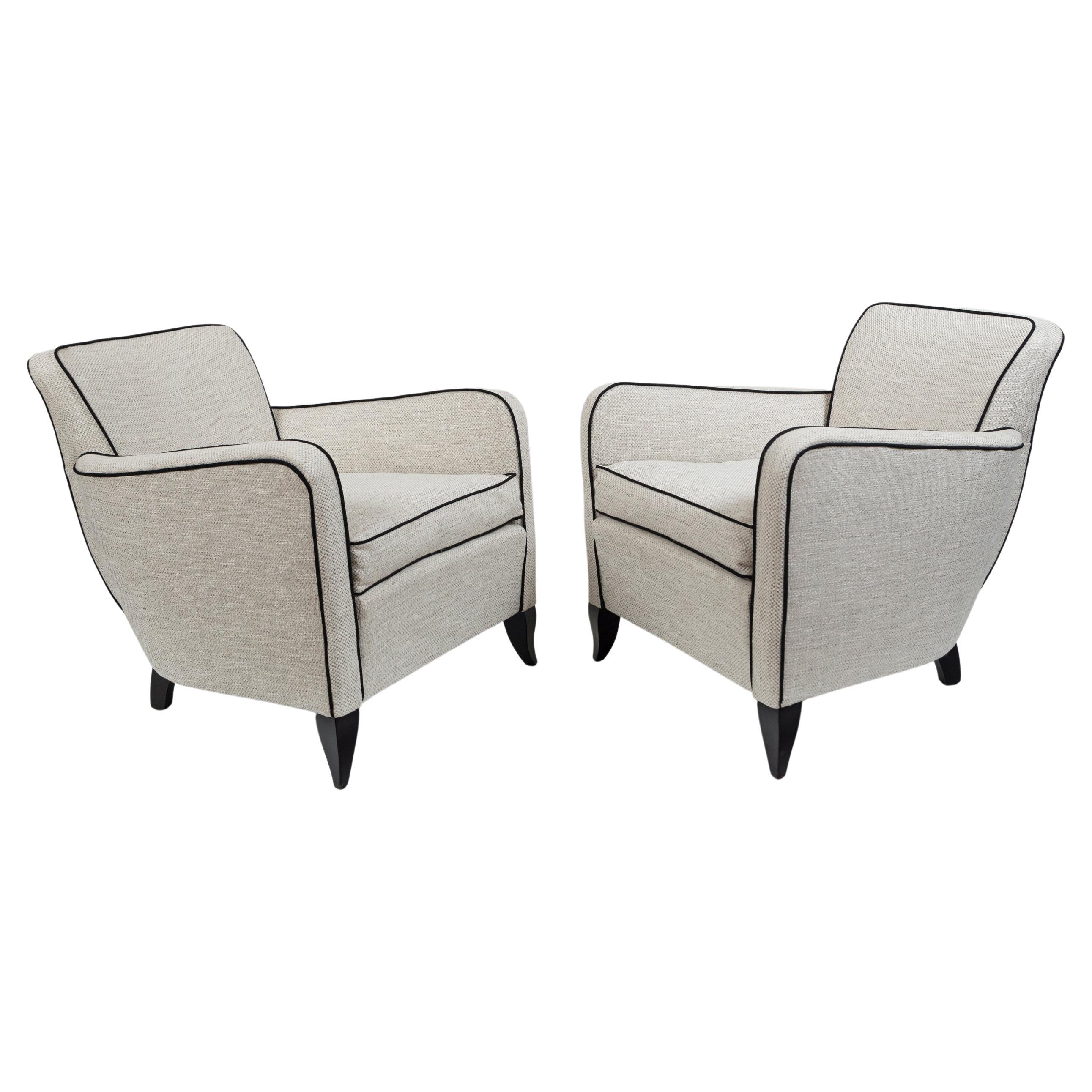 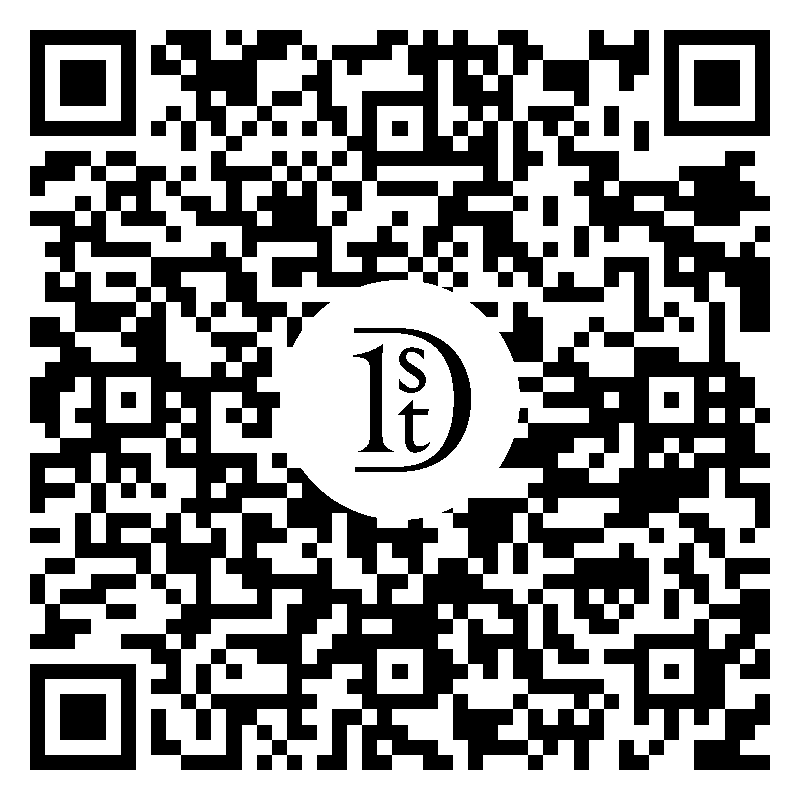 Art Deco pair of club chair by the french designer Jules Leleu made out of a solid Mahogany frame and Rosé color velvet upholstery and rosewood legs. Made in France Circa: 1945 Reference: House of Leleu by Francoise Siriex, Page 73. 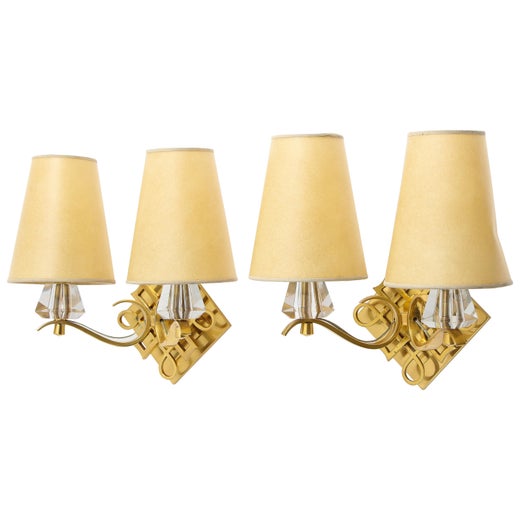 As the desks, dining tables and other furniture on 1stDibs show, Leleu was a stickler for precision craft and preferred to let his materials do the talking — his furniture is generally spare and sleek; its presence is established by figuring (or patterning/graining) in the wood and the occasional marquetry medallion. He had a keen eye for currents in design, and an adaptable sensibility. Maison Leleu would embrace many of the starker forms of modernism after the 1940s, as well as new materials such as artificial lacquer and plastics (then considered cutting-edge rather than cheap). Jules Leleu is a guiding light of 20th-century modernism: a man whose work represents both a devotion to traditional handiwork and an appreciation for the next wave in design.

1stDibs Buyer Protection Guaranteed
If your item arrives not as described, we’ll work with you and the seller to make it right. Learn More
About the Seller
5.0
Located in Miami, FL
Gold Seller
These expertly vetted sellers are highly rated and consistently exceed customer expectations.
Established in 2015
1stDibs seller since 2020
15 sales on 1stDibs
Typical response time: <1 hour
More From This SellerView All
People Also Browsed
You May Also Like