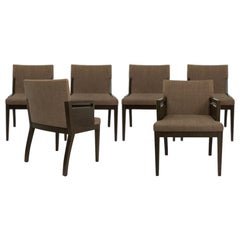 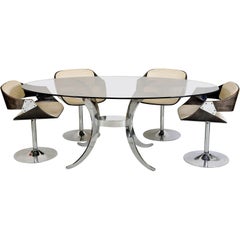 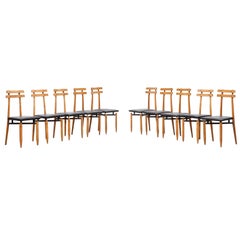 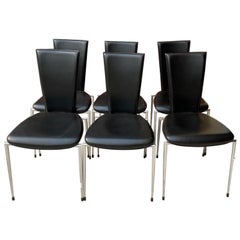 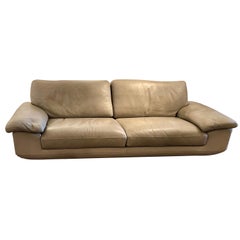 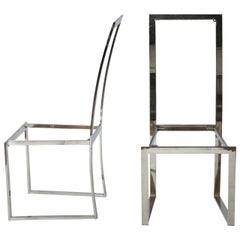 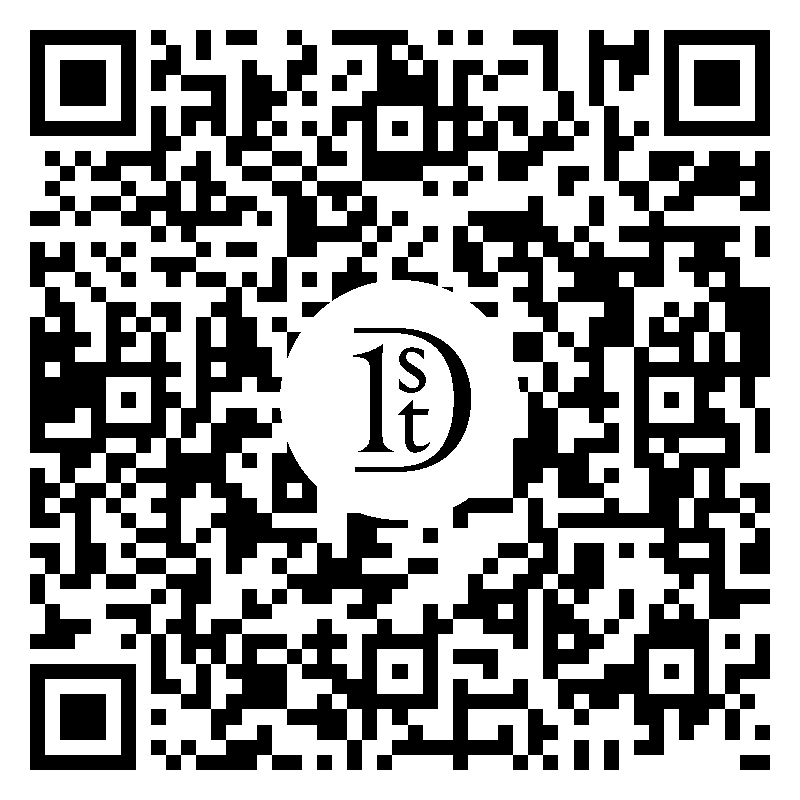 This stylish and high quality set of eight (8) 'Dyna' leather and steel dining chairs by Roche Bobois feature soft leather covered frames over a steel chrome-plated base and filled with fire-proof foam. Slender width of 16.5" allows you to fit more chairs into your table. If you have a table that fits 6 chairs are trying to squeeze in 8, this is the set for you. Gorgeous form and silhouette with a continuous shape make it as stylish as they are practical. Previously owned by Hollywood celebrity provenance only for a short time so is in excellent condition. The beautiful blue leather is soft and very cozy and comfortable. Roche Bobois labels on each chair near the base on the leather upholstered legs. Quality as you would expect from leading French maker Roche Bobois. These 'Dyna' chairs by Roche Bobois (France) chairs would work great in a Mid-Century Modern, Scandanavian Modern or Danish Modern home or penthouse apartment but could also look fantastic in a Contemporary or Post-Modern room. Also consider mixing it up in a Traditional, Transitional, Classical or Art Deco room with a splash of juxtaposition. Would also be an apt choice in a commercial project such as a hotel lobby lounge or members club, creative design studio or high-rise executive office. Consider using as side chairs, dining, cafe or breakfast table chairs, bedside chairs, fireside chairs, dressing or changing room chairs, hallway chairs, entryway or mudroom chairs, nursing or reading chairs, conference room chairs, office or desk chairs, guest chairs, lobby chairs, lounge chairs or occasional chairs ideal in virtually any setting. MEASUREMENTS: H 36.25" x W 16.5" x D 22" Seat Height: 18.5" Seat Depth: 16.5" CONDITION Very good condition with light wear, ready for immediate use.


Minimal and modernist Scandinavian design had gained prominence in the furniture industry by 1960, rendering designers such as Kaare Klint and Poul Henningsen marquee names — and Roche Bobois's principals had taken notice. Following a national advertising campaign in Elle magazine a year later, the Scandinavian furniture that the newly minted Roche Bobois was importing to Paris became a huge success. Early promotional material from the firm likely included the sleek modular wall units crafted in rosewood by Danish furniture maker Poul Cadovius. It didn’t take long for Roche Bobois to shift toward producing its own contemporary furniture line.


When the popularity of cable television took hold in more major American cities during the 1970s, sofas and other seating became integral to contemporary living-room decor. Roche Bobois’s newly launched Les Contemporains series positioned its own sofas front and center, while also offering pieces like the chic Bambole two-seater — boasting soft duvet cushion covers — designed by Mario Bellini for B&B Italia. Bold works from the company during the decade included Marc Berthier’s Pop Art–colored tubular metal desks and chairs — the latter covered with braided fabric — as well as one of Roche Bobois’s most enduring and well-known pieces, the Mah Jong sectional sofa created by sculptor, painter and designer Hans Hopfer. Anchored by few central elements, this modular lounge sofa can be combined or stacked, giving the buyer total freedom over its appearance and the ability to maximize comfort.


In 1974, Roche Bobois opened its first showroom in the United States on Madison Avenue in New York City. The brand is now in 50 countries with more than 200 stores.


Since its inception, Roche Bobois has worked with many internationally renowned architects and designers on its collections, among them Paola Navone and Vladimir Kagan. Even fashion designers such as Missoni and Emanuel Ungaro have made contributions to the company’s lineup.

Recognized Seller
These prestigious sellers are industry leaders and represent the highest echelon for item quality and design.
Diamond Seller
These expertly vetted sellers are 1stDibs' most experienced sellers and are rated highest by our customers.
Established in 2012
1stDibs seller since 2015
1,030 sales on 1stDibs
Typical response time: 2 hours
Associations
20th Century Specialists
More From This Seller
View All From Seller