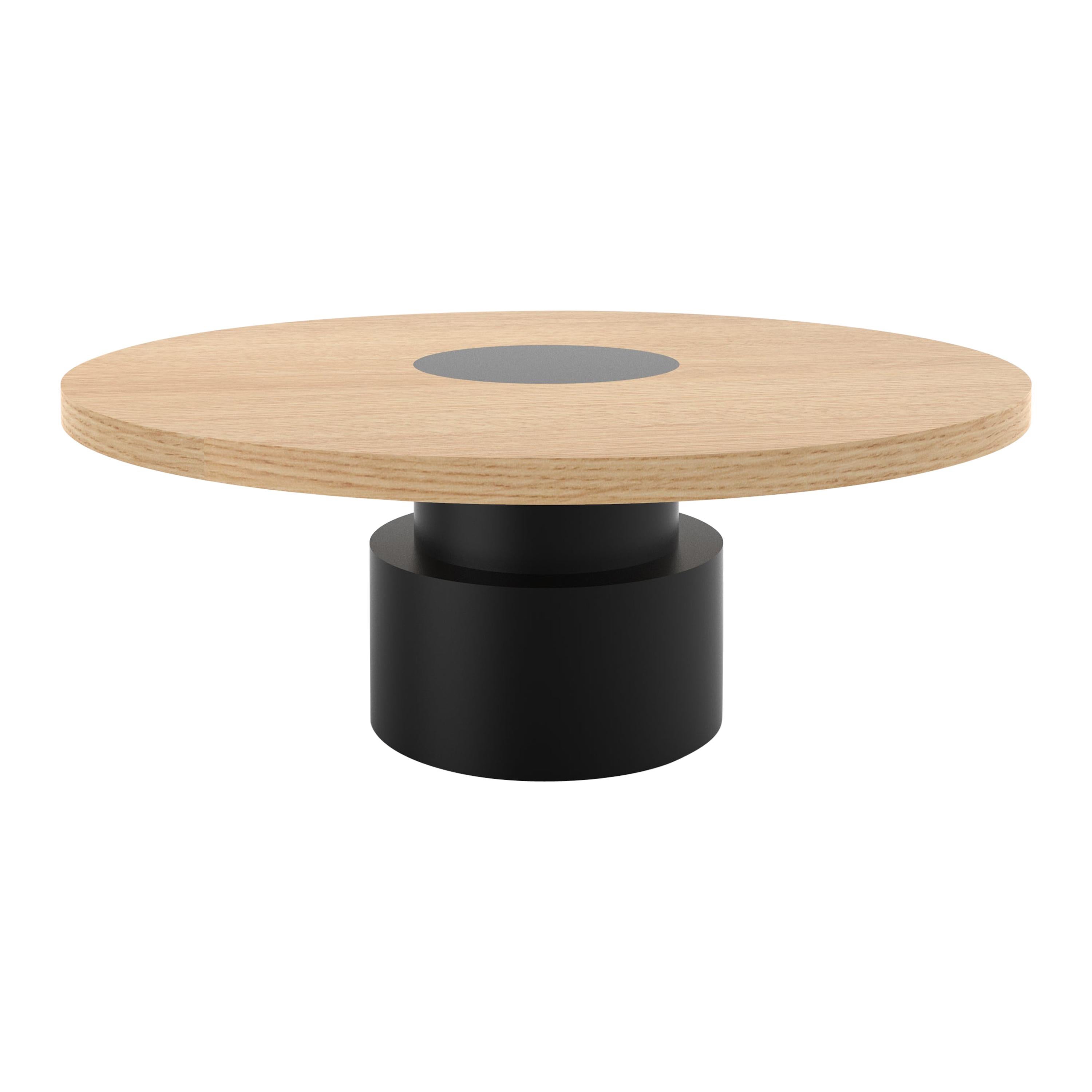 Contemporary 100 Coffee Table in Oak and White by Orphan Work 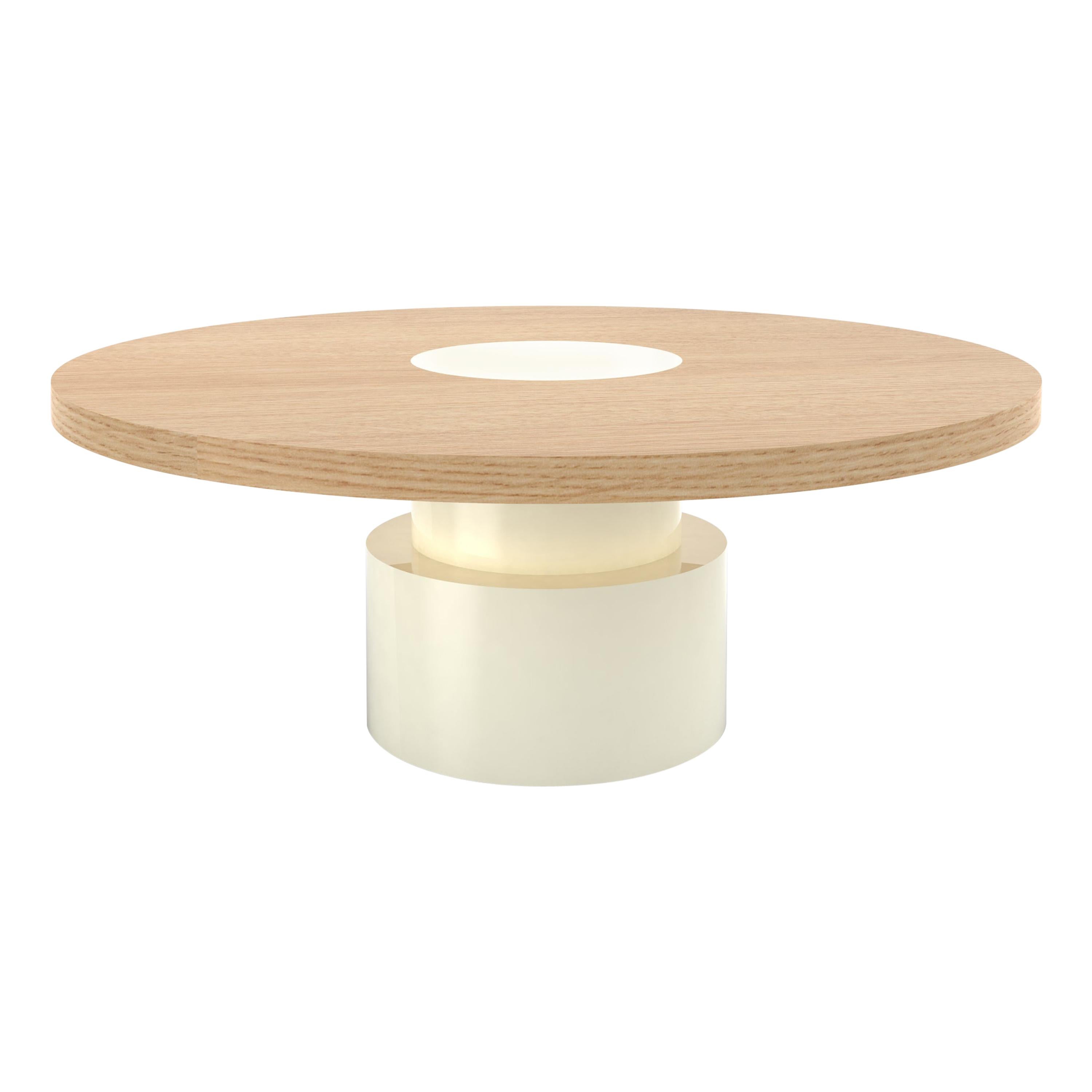 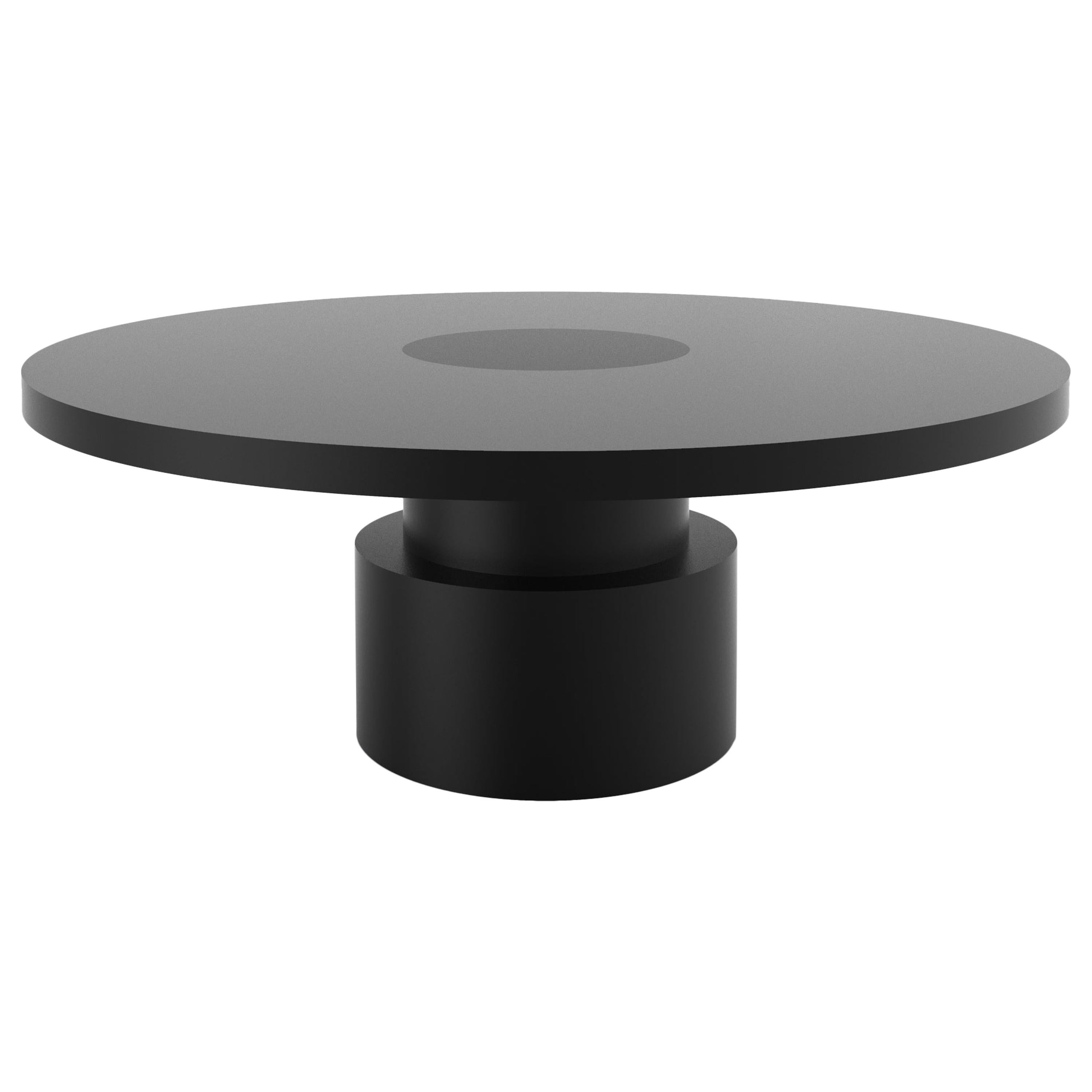 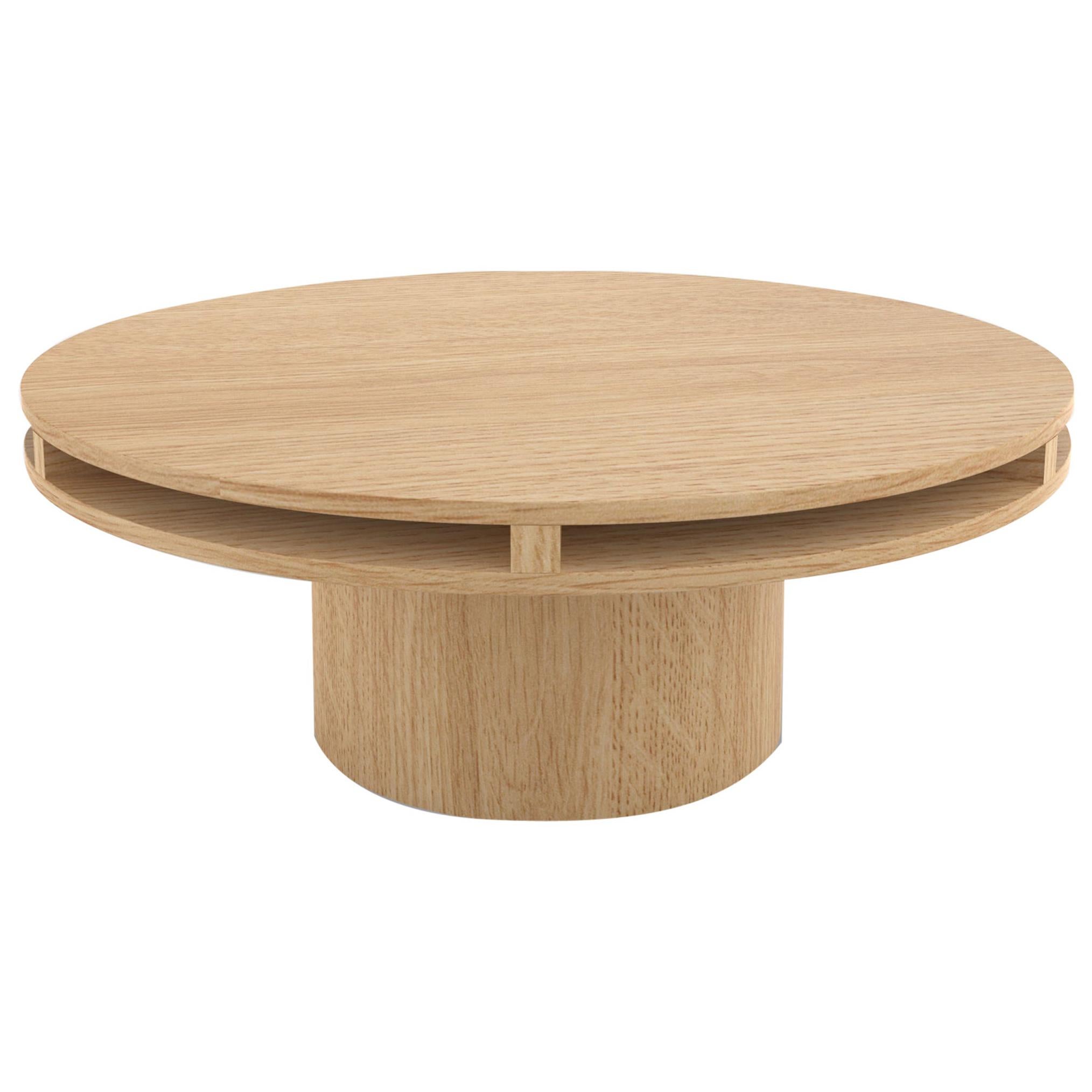 Contemporary 102 Coffee Table in Oak and Black by Orphan Work 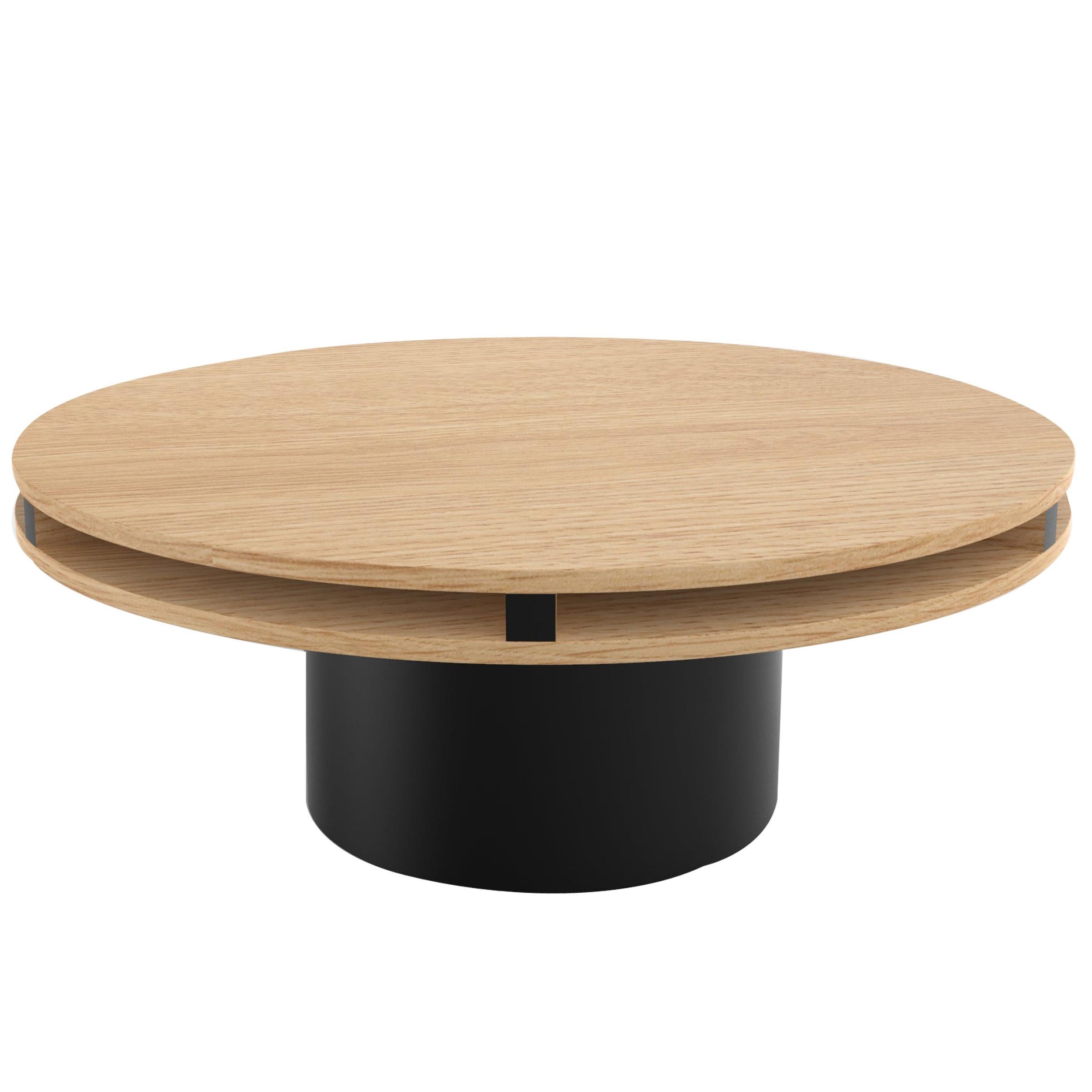 Contemporary 102 Coffee Table in Oak and White by Orphan Work 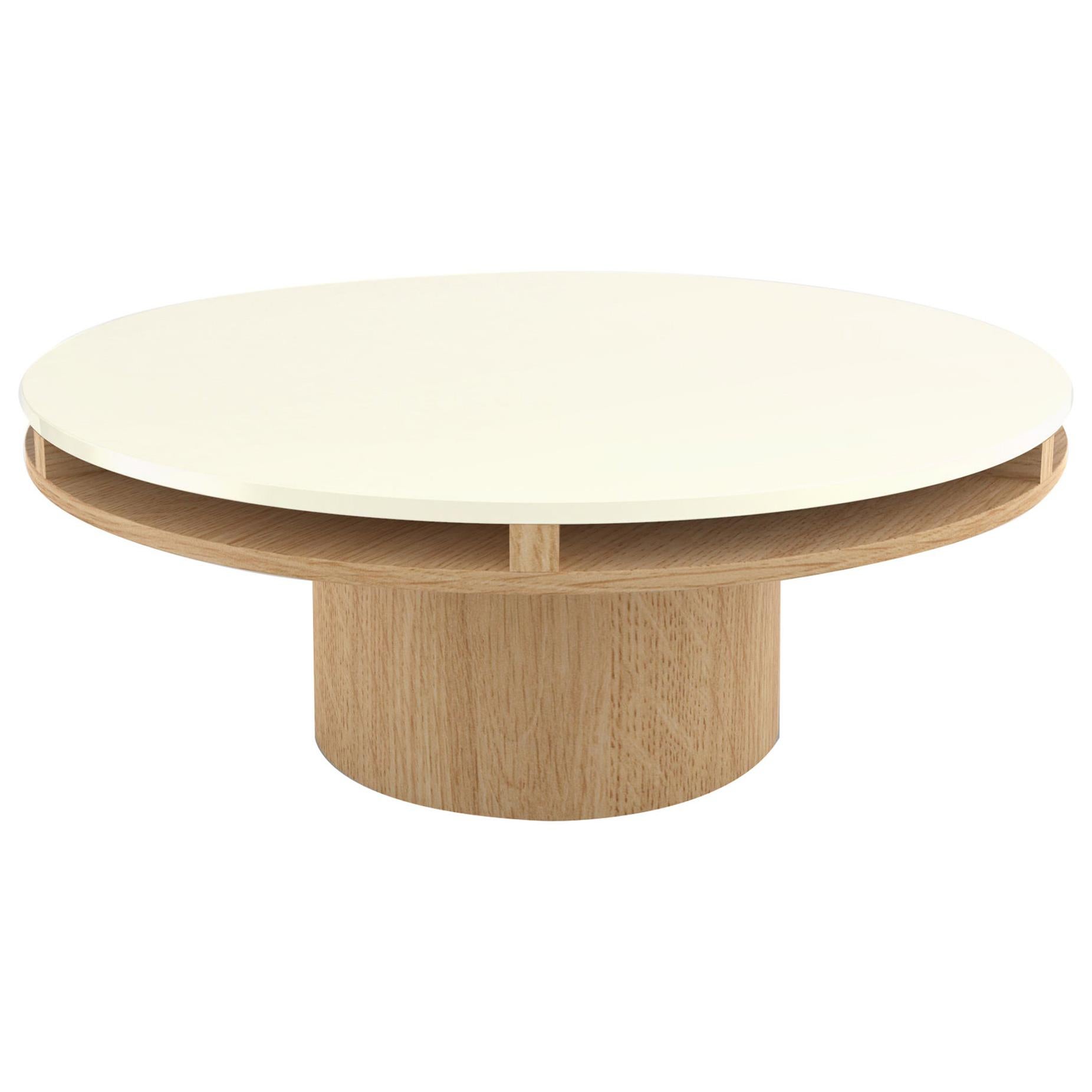 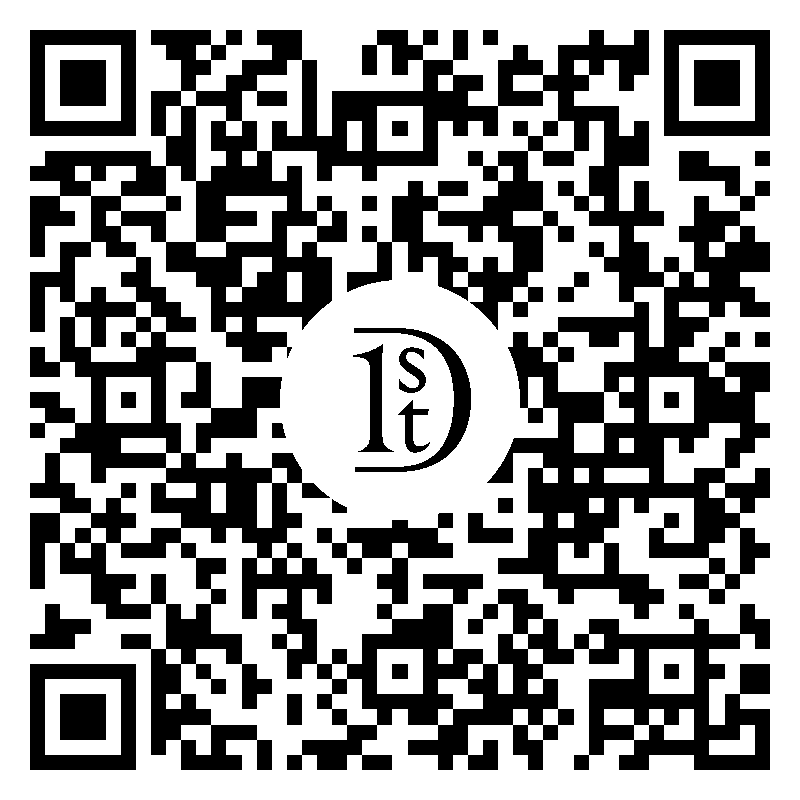 Orphan Work 100 Coffee Table Shown in oak. Available in natural oak. Measures: 42”DIA x 16”H Dimensions available: 42"DIA x 16"H 48"DIA x 16"H 56"DIA x 16"H Orphan work is designed to complement in the heart of Soho, New York City. Each piece is handmade in New York and Los Angeles by traditional artisans. Often you have a grandfather, father and son all working together in our workshops. Purchasing our work means you are supporting a community and craft. For any customizations or modifications that differ from the information shown here please reach out. 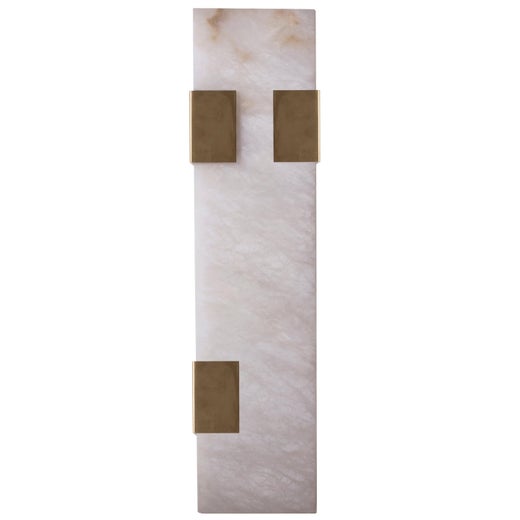 The inventive New York–based design duo of Christian Lopez Swafford and Lauren Larson have two separate lines, one artsy and one practical: It gives them the ability to tackle almost any need, and it’s more fun to stretch themselves by making a variety of objects. Their most expressive pieces fall under their Material Lust banner.

The Material Lust pieces tend to be works that surf the line between art and design, best epitomized by the ML190011 coffee table, whose top and 12 legs are covered in sweatshirts emblazoned with POLICE — provocative and fun, though perhaps not for everyone.

The Orphan Work brand comprises the duo's more sensible items, including a chic rectangular alabaster sconce that, like all their work, has become catnip for decorators and architects like Jamie Drake, Annabelle Selldorf and Kelly Wearstler. As Swafford puts it, “The heavy hitters are starting to find us.” The designers launched their two-pronged business in 2013.

“Lauren was doing interior design for Victoria Hagan, and I was doing product design for Bill Sofield,” says Swafford, describing their previous careers. They both attended the Parsons School of Design, where they met.

Swafford grew up in Washington, D.C., and Mexico; Larson is from Oregon. “We both had moms who were painters,” says Swafford, adding that despite their maternal fine-art influence, “I think we both knew we would go into design to make a living.”

The Material Lust line features an item called ML19002 that could be described as a bench or a cocktail table. It’s crafted from steel and wood, shapely and well made but not terribly out of the ordinary. What gives it the signature Material Lust frisson is that it has a separate cover of perfectly stretched latex. Swafford and Larson refer to applying and removing this as “performing” the piece.

When the cover is on, the ML19002 can’t really be used and might more properly be considered an artwork. Explains Swafford, “We’ve been finding that it’s a lot to sell a client a piece of sculpture and say, ‘Don’t ever use this.’ They want to know it can be touched and interacted with, so when people come here, we show them how.”

References to the body seem to populate the Material Lust line — the Crepuscule floor lamp, for example, looks like a giant eyeball on tripod legs. So it’s no surprise that the late, great artist Louise Bourgeois, who plumbed psychologically complex and personal themes, is an inspiration for the pair.

Larson and Swafford showed pieces from Material Lust at the Independent art fair in New York in 2019, which marked how far they are pushing their work toward the category of fine art. Unlike many designers occupying that borderland, though, they generally don’t make multiple editions of their pieces.

The ML190011 table, with its POLICE-printed sweatshirts, has become something of a signature for the duo. It was inspired by the hoodies being sold on Canal Street not far from their loft. “We tried to make this thing anxiety inducing,” says Larson. “The Material Lust line allows us to explore the uncomfortable, critical or darker side of things. We’ve been using the word ominous.”

The Contemporary 102 dining table (2019), a beautiful slab of oak on two dowel-like legs, epitomizes the simplicity of Orphan Work’s aesthetic. “Our slogan for the brand is ‘design to complement,’ because we don’t want it to be a statement,” says Larson. “We want it to be a really timeless piece that grounds the room.” 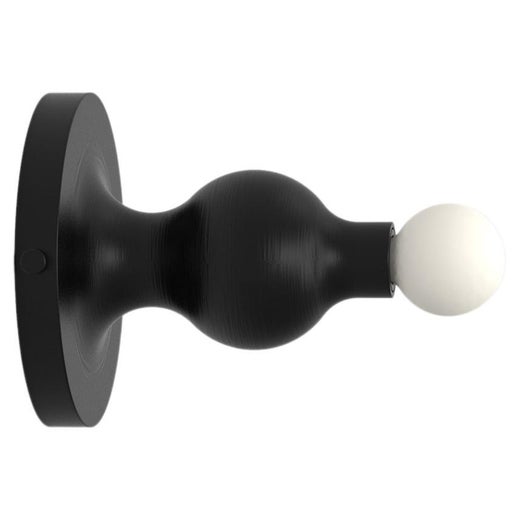 Orphan work is designed to complement in the heart of Soho, New York City by Material Lust. Each piece is handmade in New York, Los Angeles and Florence, Italy by traditional artisans. Often you have a grandfather, father and son all working together in our workshops. Purchasing our work means you are supporting a community and craft. For any customizations or modifications that differ from the information shown here please reach out!

1stDibs Buyer Protection Guaranteed
If your item arrives not as described, we’ll work with you and the seller to make it right. Learn More
About the Seller
No Reviews Yet
Located in Los Angeles, CA
Vetted Seller
These experienced sellers undergo a comprehensive evaluation by our team of in-house experts.
Established in 2018
1stDibs seller since 2015
65 sales on 1stDibs
Typical response time: <1 hour
More From This SellerView All
People Also Browsed
You May Also Like