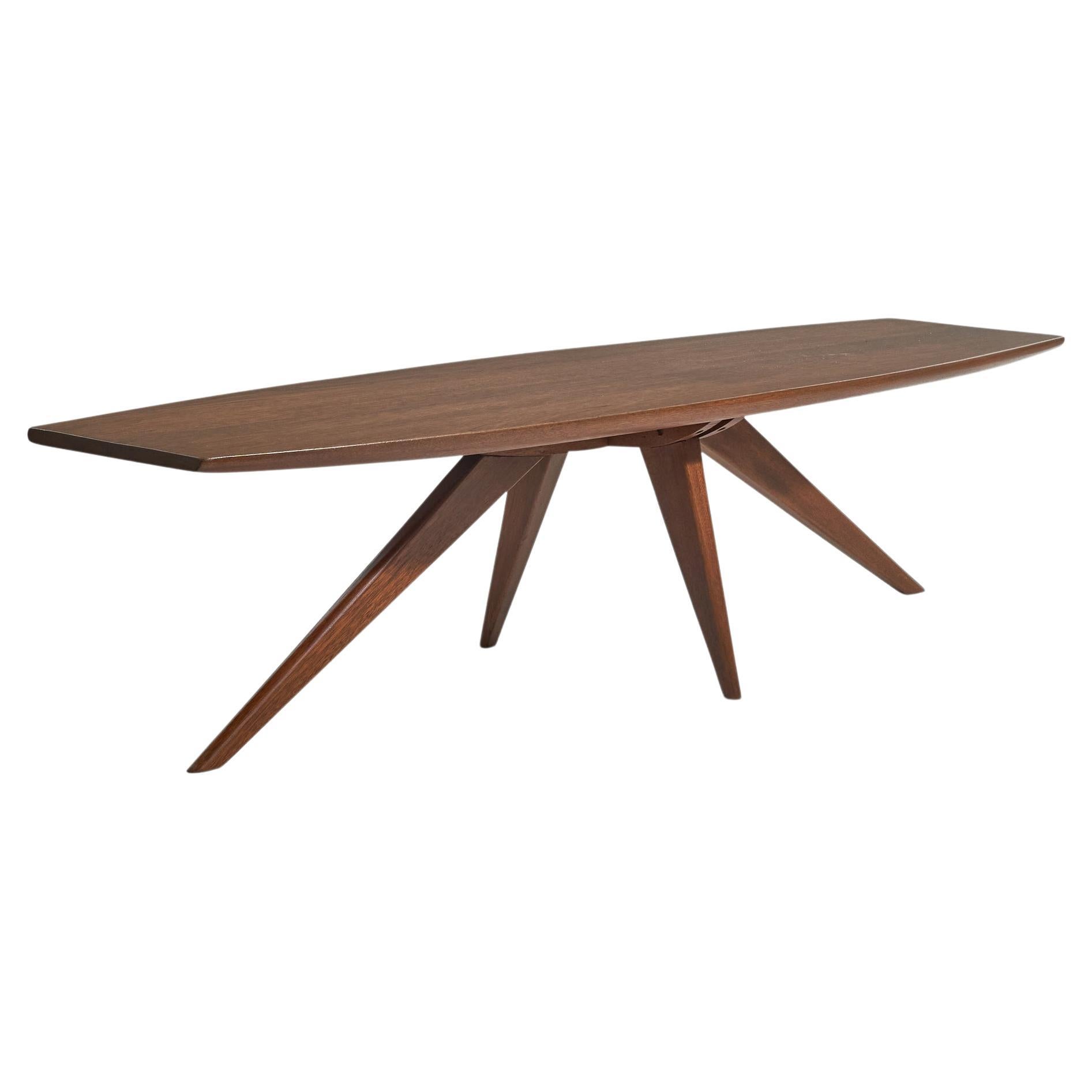 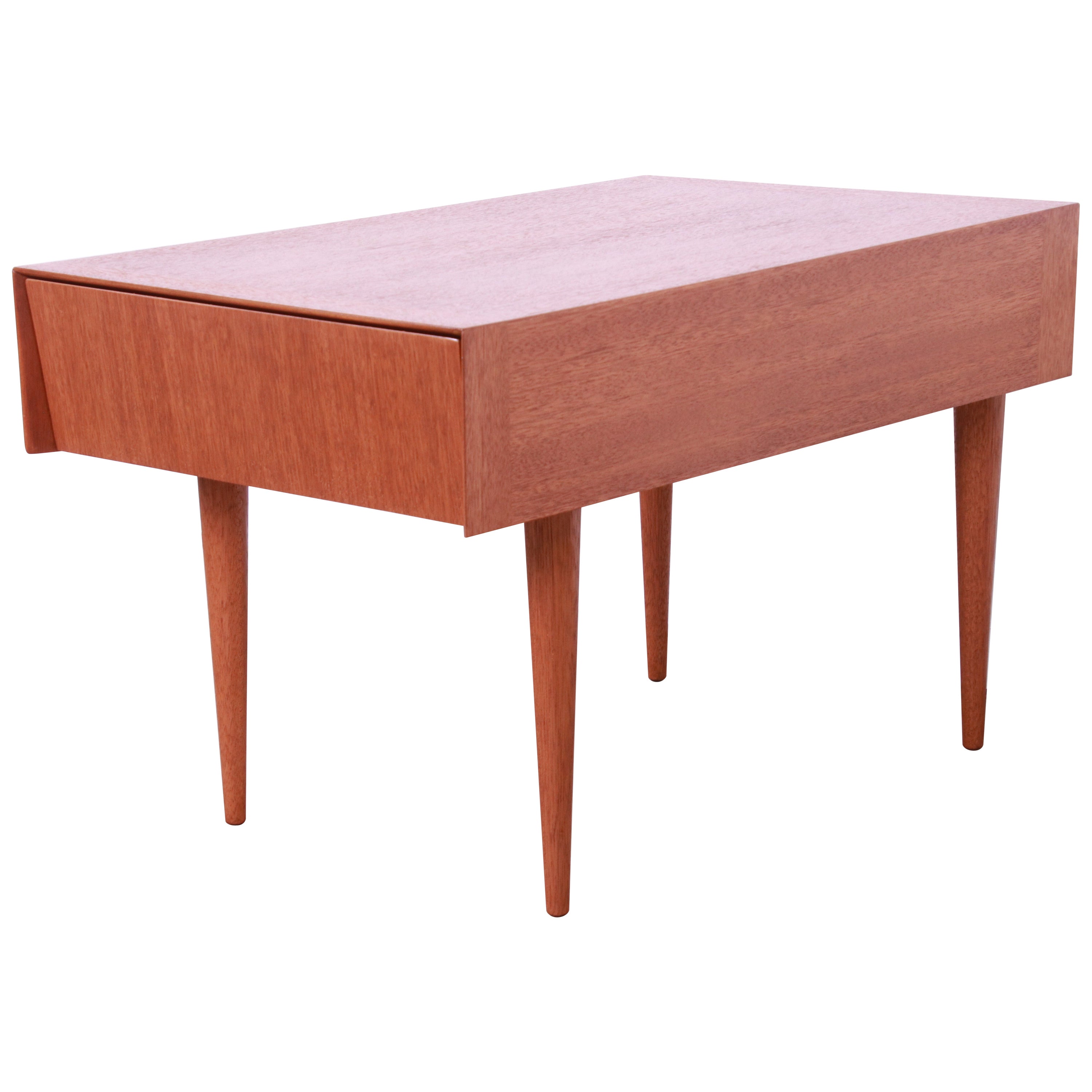 Pair of End Tables by Paul Laszlo for Brown Saltman 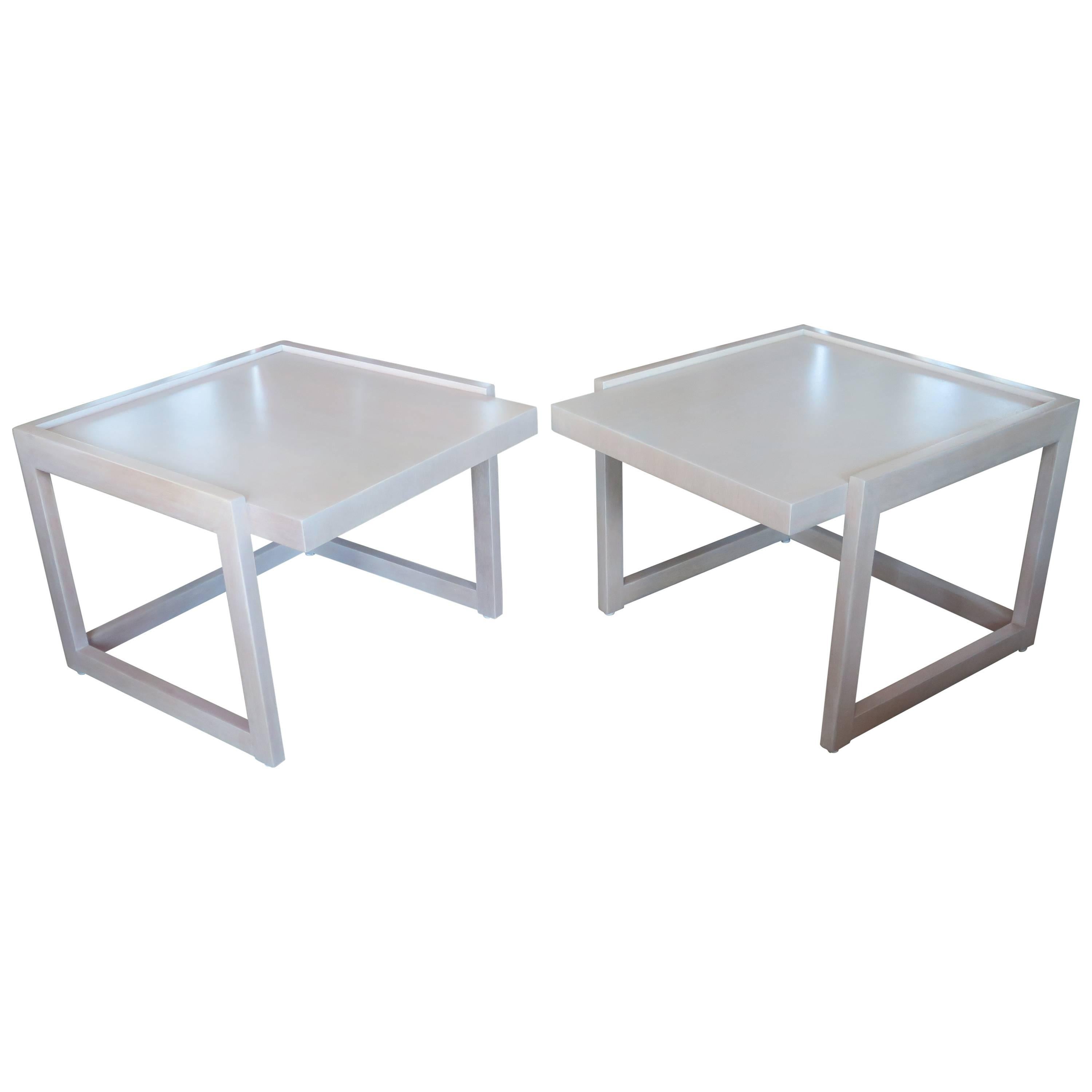 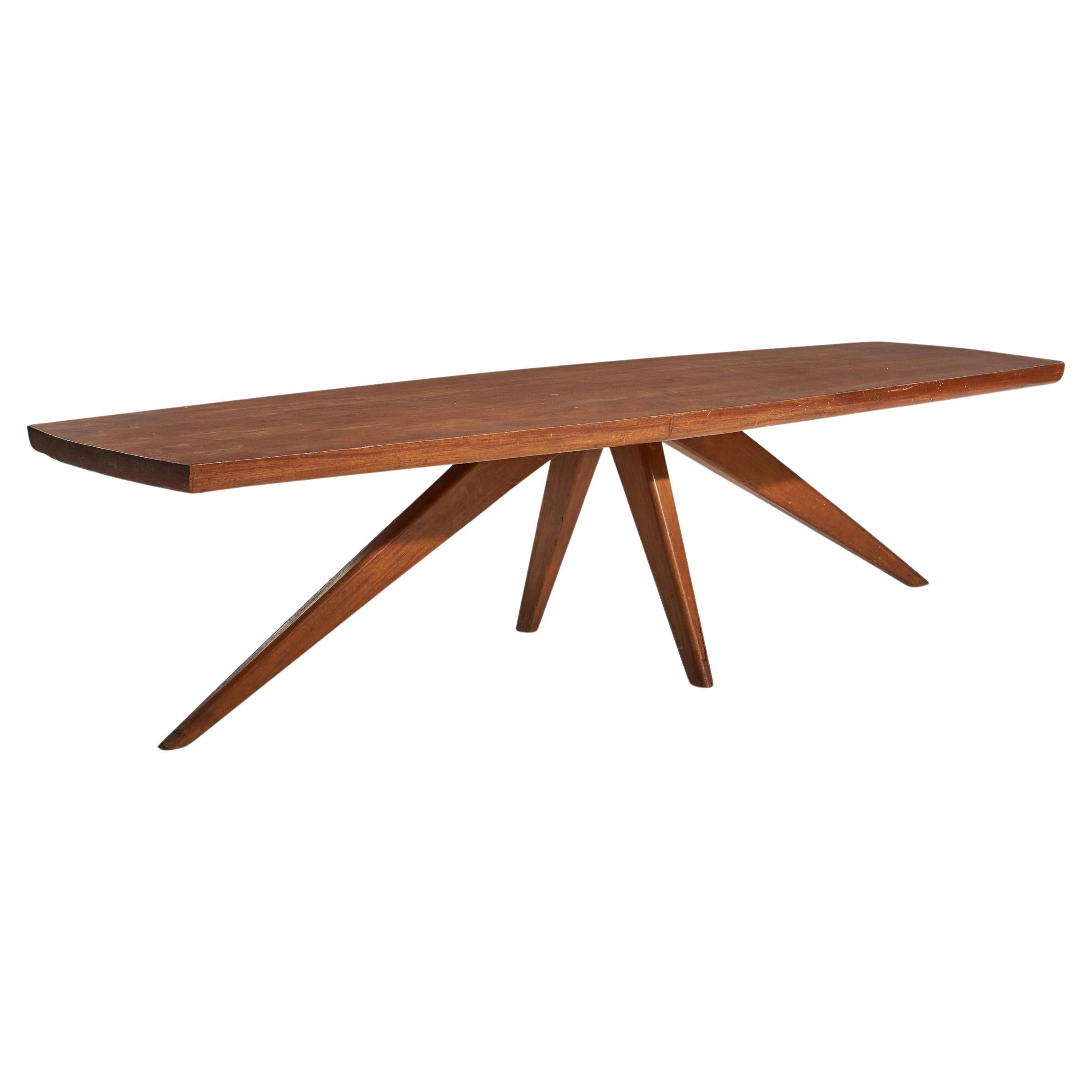 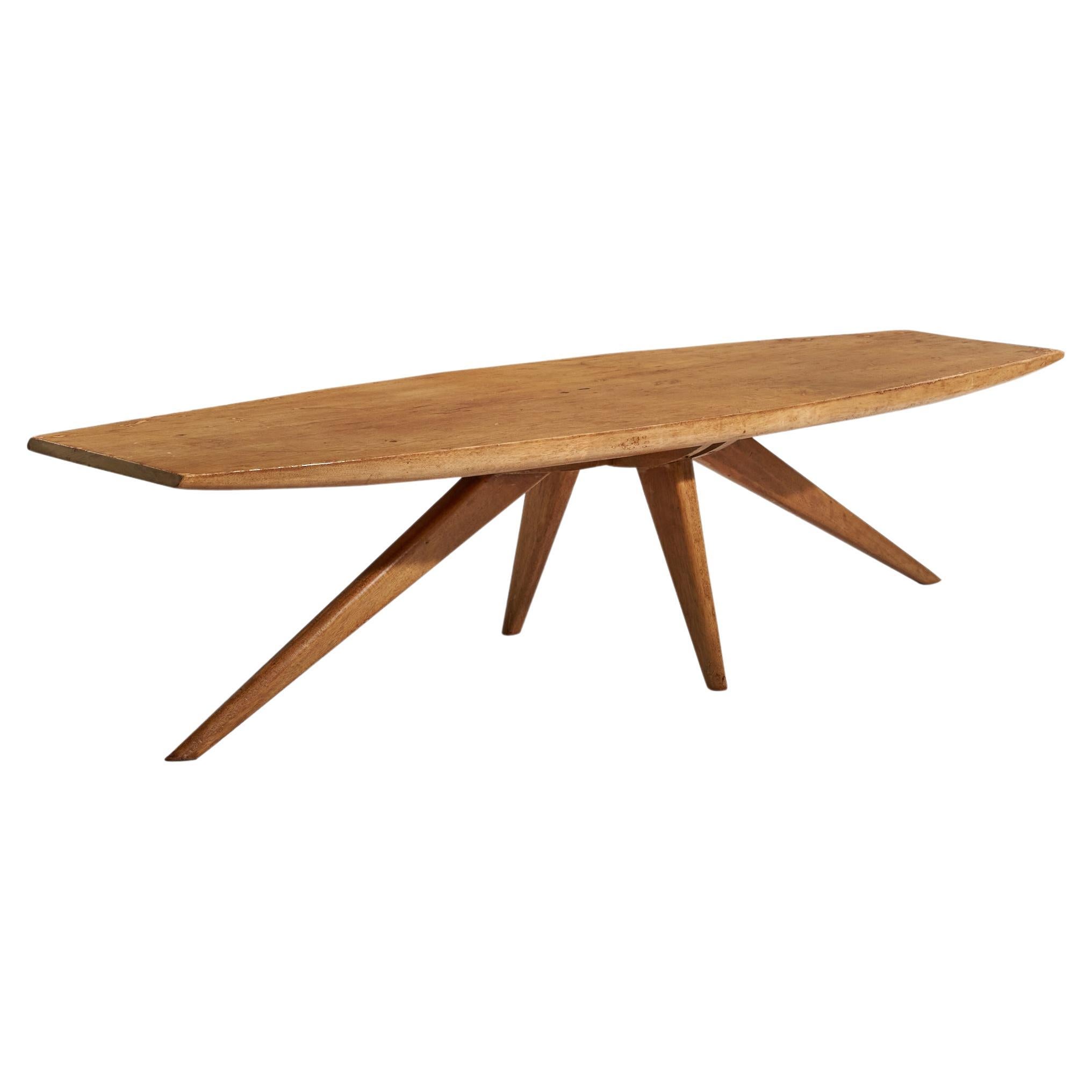 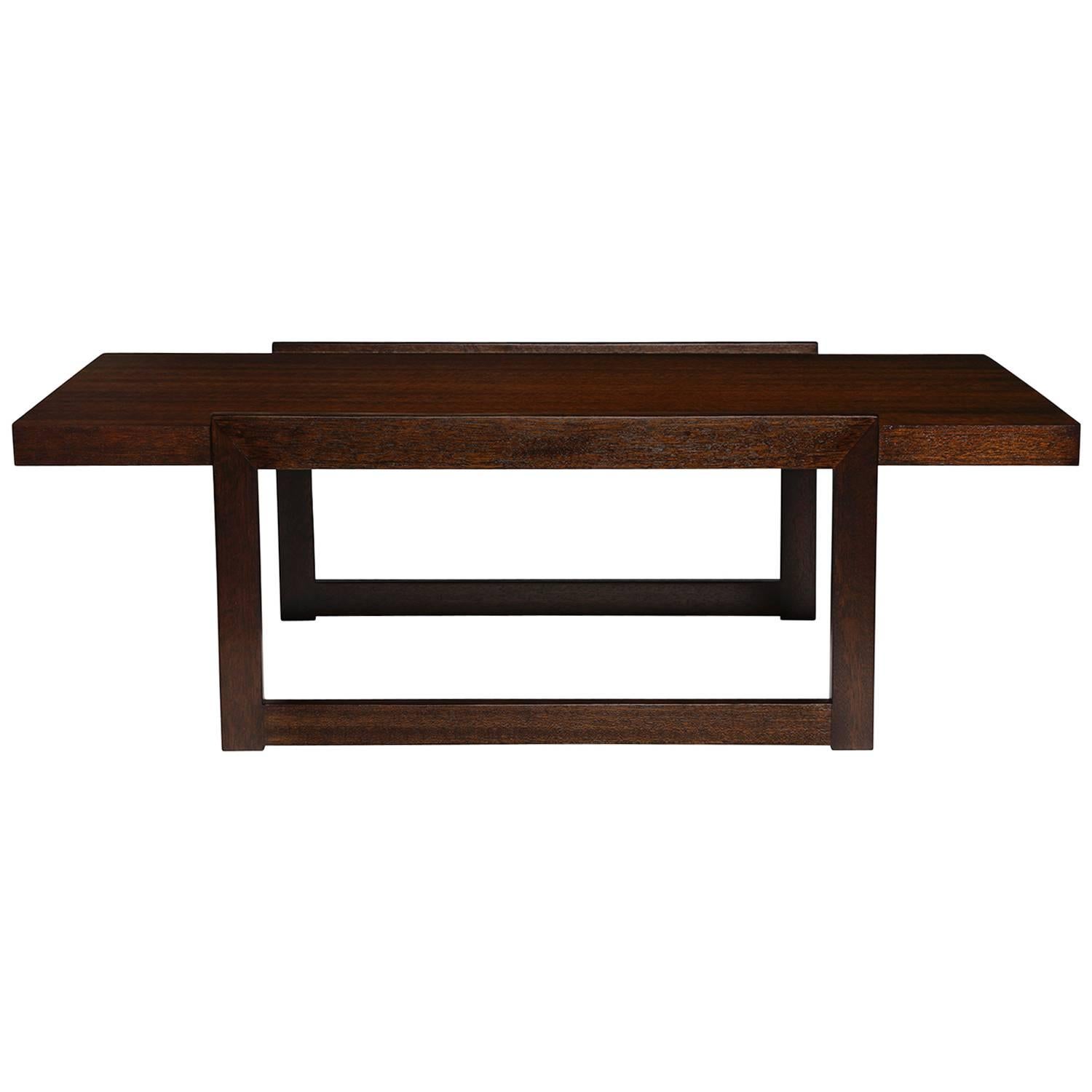 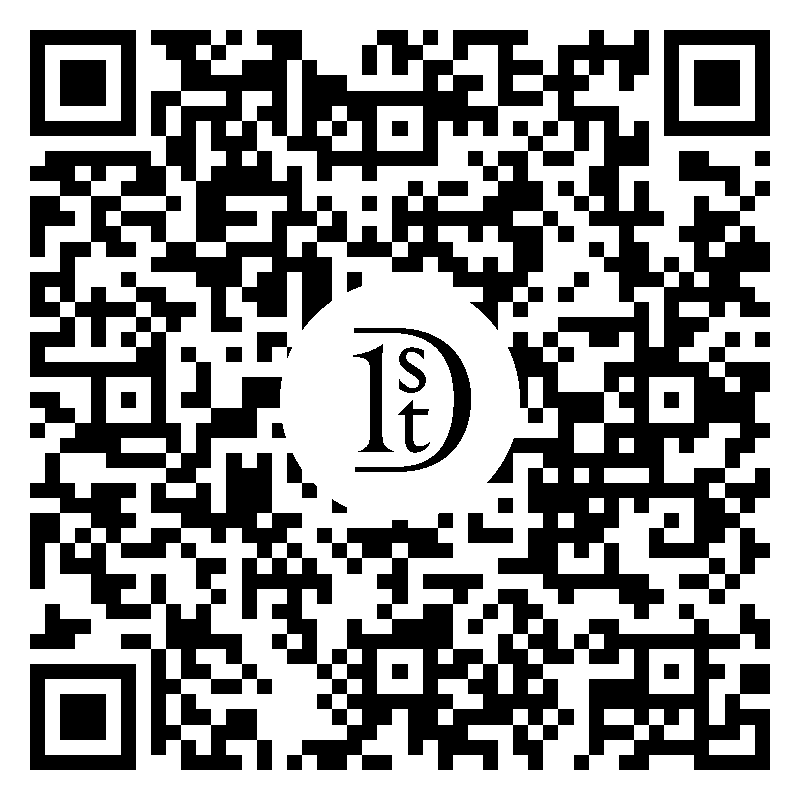 Ebonized mahogany tri-level coffee table, Paul Laszlo, Brown Saltman Los Angeles, c. 1952. A pioneering force in the evolution of California Modern, Paul László imbued the more rigid European modernism with plusher comfort and more sumptuous flair. Laszlo began his career in Stuttgart, an epicenter of modern design prior to WWII and gained international recognition for his sumptuous, sensual brand of modernism. His early fans included Salvador Dali and George Nelson. Laszlo accepted a professorship in the US as a means of fleeing the Nazis (Two of his siblings and both his parents would die in the Holocaust). From New York, László drove cross-country to California, where he opened an office in Beverly Hills. Despite speaking hardly any English, his reputation preceded him, and he soon started receiving commissions, including remodeling and refurnishing Bullock’s on Wilshire Boulevard, the premier department store in Los Angeles. By the late 1930s László had become designer of choice to the Hollywood elite. Laszlo combined sleek geometric lines and rich woods together with novel materials and textures (ex. lucite and faux weaving), sometimes adding more traditional flourishes such as floral fabrics. His bold use of color was also a major attraction. He opened his new design studio on North Rodeo Drive in 1941, which he would maintain for over 25 years. In 1946, László furnished the residence of Rene Williams in Beverly Hills with designs that have become recognizable classics, such as the Paddle Armchairs, named for their flat, wide armrests. All the pieces from the grouping have clean, elegant lines that draw from Viennese Modern, but are more comfortably proportioned and inviting. By the late 1940s, László had designed homes for William Wyler, Cary Grant, Elizabeth Taylor, Barbara Stanwyck, Barbara Hutton, Fritz Lang, Ronald Reagan, and Gloria Vanderbilt. He attended to every interior detail of a house, from draperies to ashtrays. He also designed casinos, showrooms and hotel interiors for Howard Hughes. Synonymous with luxurious, modern taste, his particular brand of luxury comprised rich colors and textures, comfortable materials, and furnishings that were balanced by a distinctly modern sense of space and lines. In 1948, László joined esteemed designers George Nelson, Charles Eames and Isamu Noguchi in designing furniture for Herman Miller that remain some of the most influential pieces ever manufactured. George Nelson cited Laszlo’s designs for their “generous dimensions, great elegance of appearance, and impeccable taste.” His admirers also included renowned architectural photographers, such as Julius Shulman, Robert Cleveland, and Ezra Stoller, all of whom photographed his work. At once refined and relaxed, his timeless style and quality craftsmanship evoke the Golden Age of California Modern while still speaking to contemporary taste. Today Paul László is regarded as one of the most important and influential architects and interior designers of the 20th century. 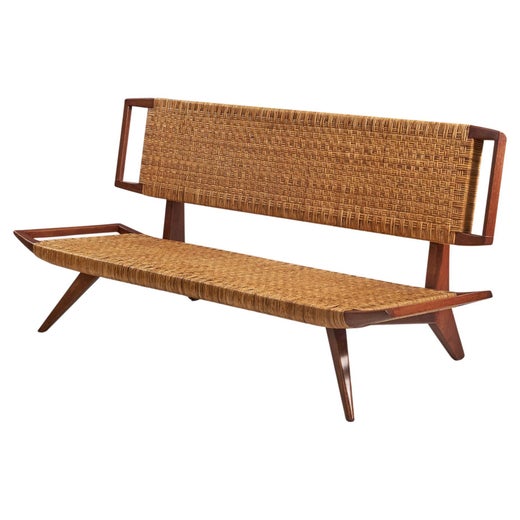 The suave architect and interior designer Paul Laszlo made his reputation in Hollywood, where his clients included Barbara Stanwyck, Cary Grant and Elizabeth Taylor. He was aligned to no artistic or design movements, relying on his own carefully honed instincts. From the late 1930s to the 1960s, Laszlo’s name was a byword for sumptuous modernity among members of the smart set.

Born in Hungary in 1900, Laszlo learned about quality from his father, a prosperous furniture manufacturer. He studied design in Vienna and had his technical training in Stuttgart, Germany, where, at age 27, he established an upscale design business that gained an international reputation. Nine years later, with the Nazis in power, Laszlo, a Jew, left Germany for the United States and made his way to Los Angeles. There, he established an interior design office in Beverly Hills and was pleased to find that his Stuttgart credentials carried weight.

While he took many commercial assignments for American department stores, custom residential work was Laszlo’s stock in trade. He turned his hand to every element in a room, “down to the last ashtray,” Time magazine once wrote. Like his clients, Laszlo appreciated luxury — not the luxury of rare and precious materials, but the luxury of rich colors and textures, and deep comforts. He had a contemporary élan, exemplified by spaces that were bright, airy, uncluttered and up-to-date. The classic earmarks of Laszlo’s furnishings are generous proportions and, in the case of his Paddle and Plank armchairs, namesake armrests that are flat and wide, the perfect spot to rest a cocktail. His case goods, tables and dining chairs have clean, elegant lines; they are simply formed yet warm, with interesting details such as woven veneer door fronts.

In recent years, Laszlo’s designs have found a new audience among fans of his easygoing modernism. Prices are in the neighborhood of $5,000 for his vintage cabinets, and from $8,000 to upwards of $20,000 for seating pieces, which are generally found in pairs or groups of six or more.

As you will see on 1stDibs, there was a reason that Laszlo’s work was so admired in the mid-20th century: every design contributes to an environment that is comfortable and elegant — at once robust and relaxed.

About the Seller
5.0
Located in Brooklyn, NY
Platinum Seller
These expertly vetted sellers are 1stDibs' most experienced sellers and are rated highest by our customers.
Established in 2017
1stDibs seller since 2018
460 sales on 1stDibs
Typical response time: 1 hour
More From This SellerView All
You May Also Like