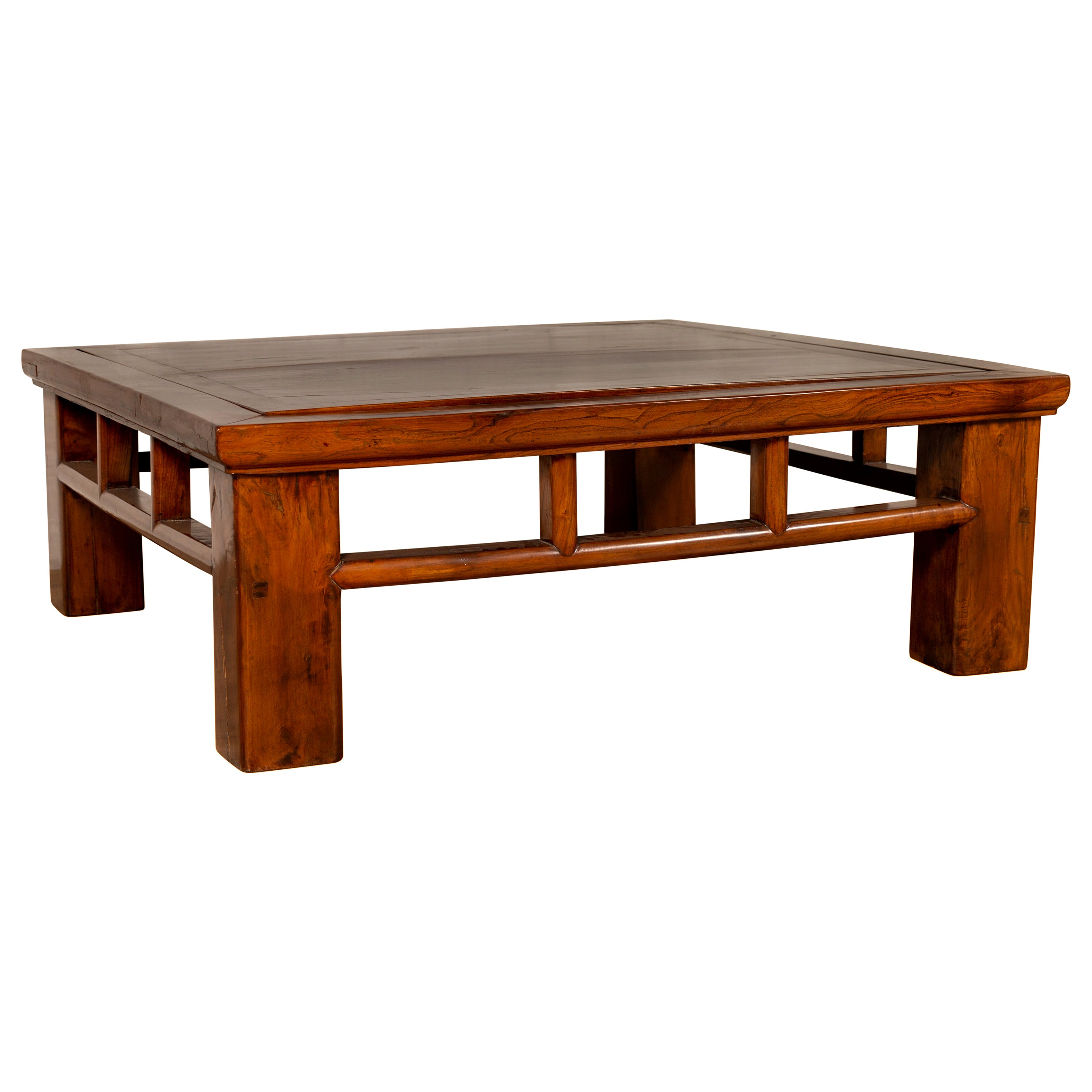 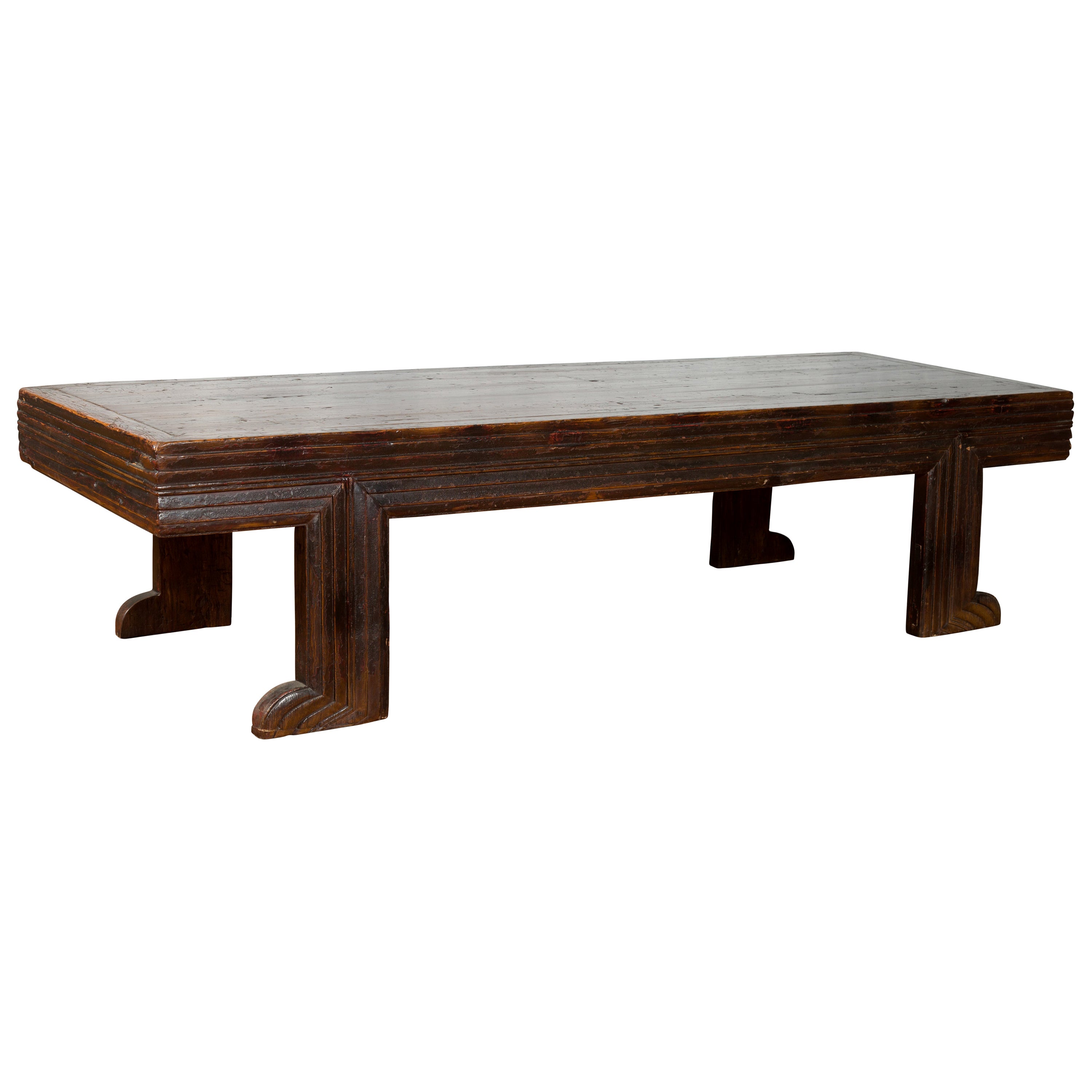 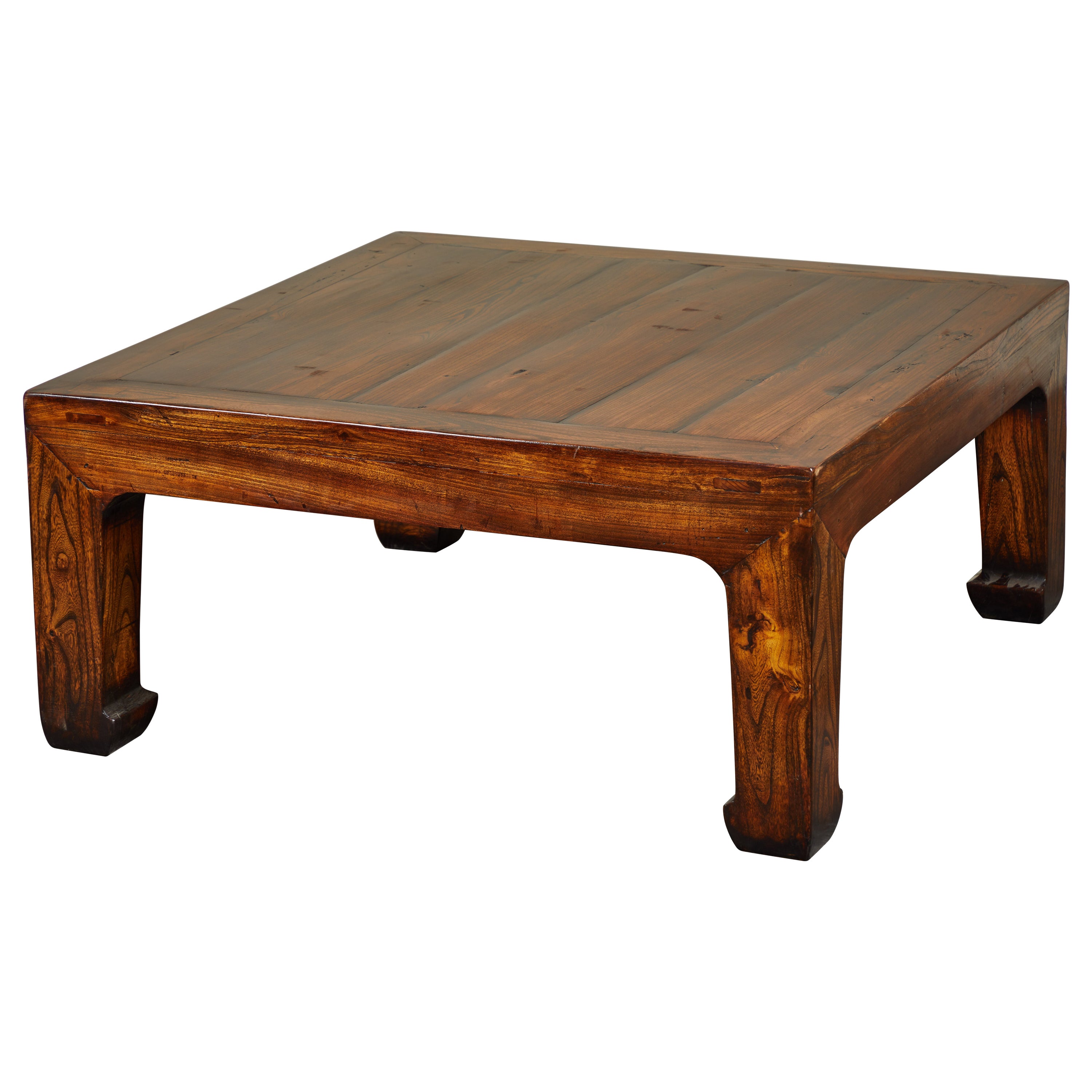 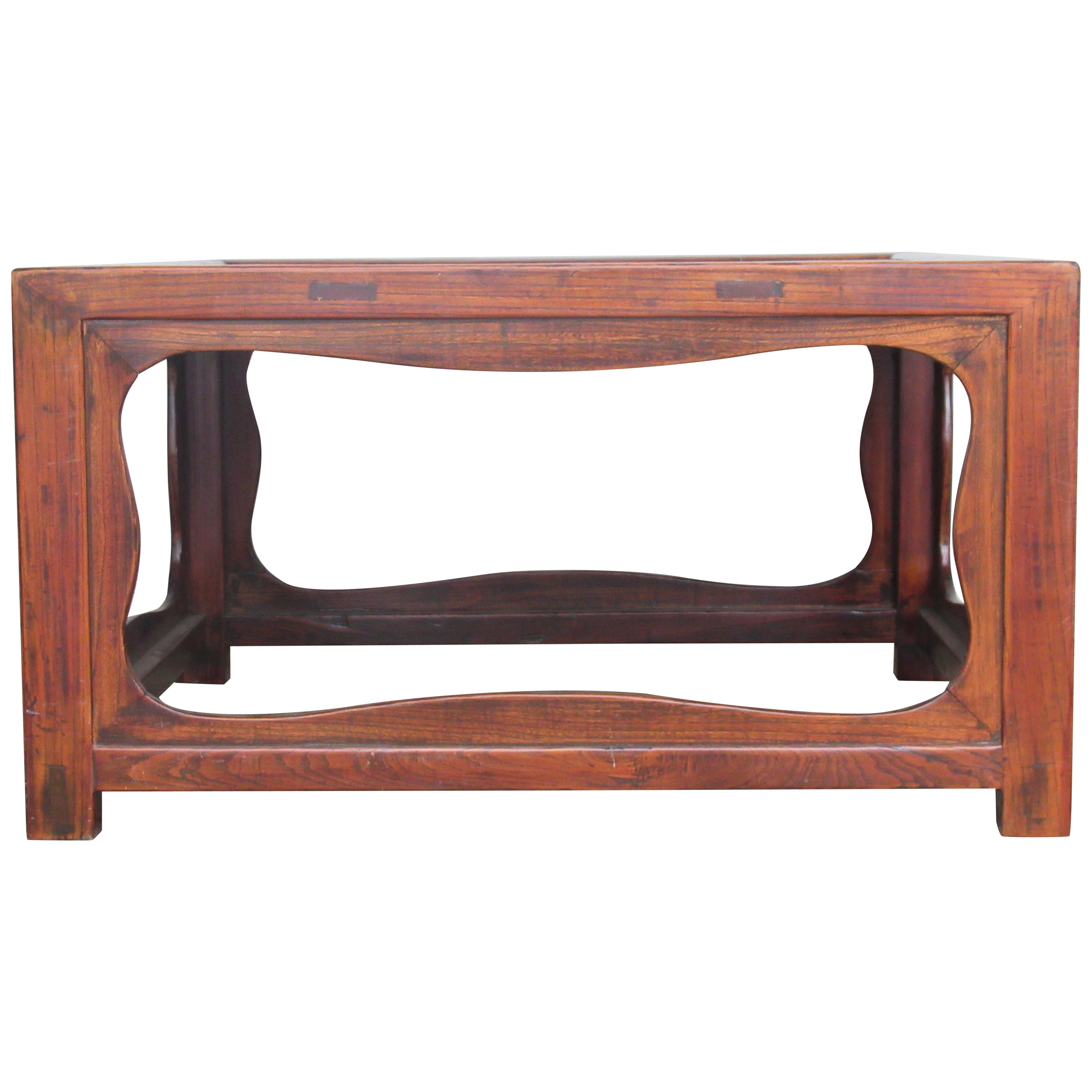 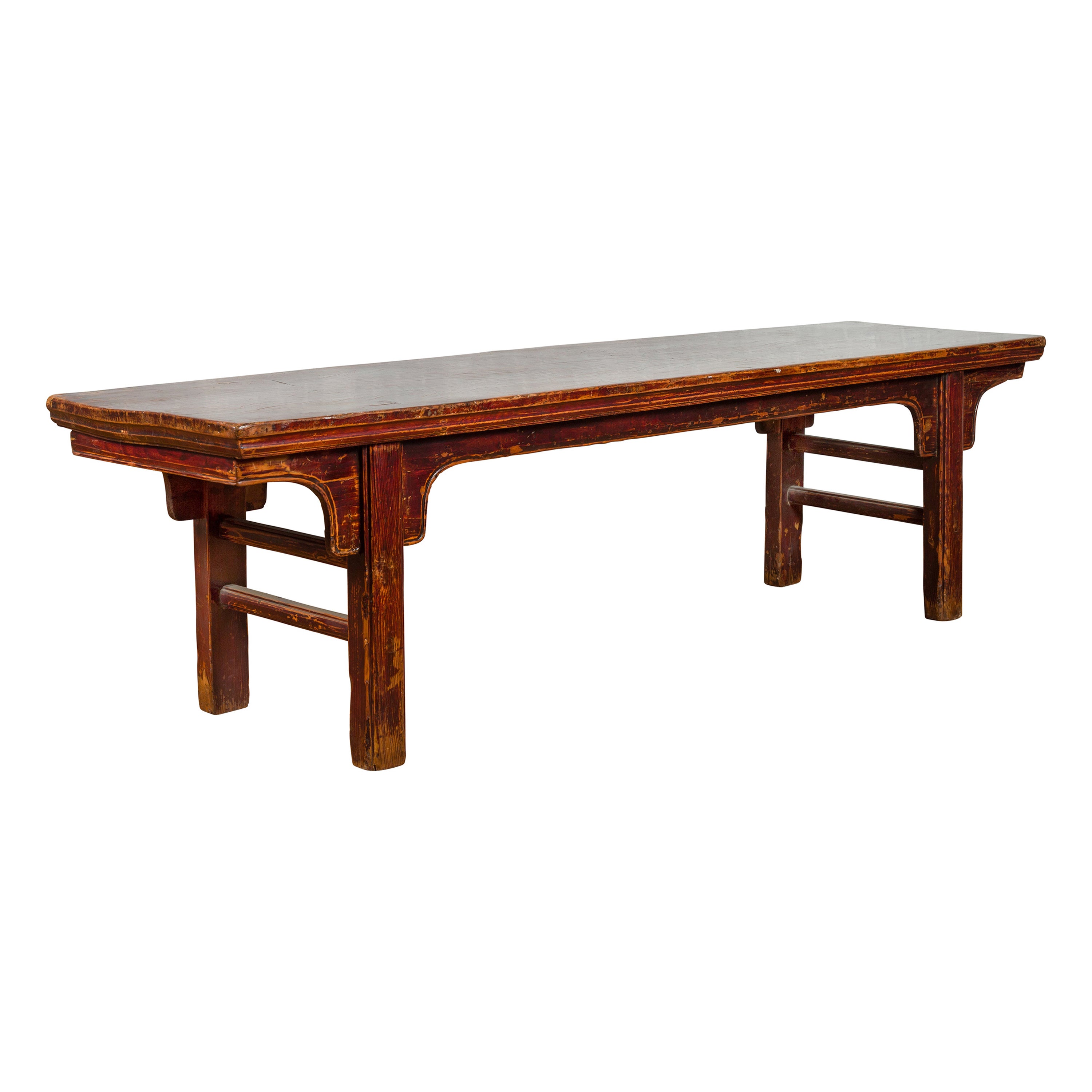 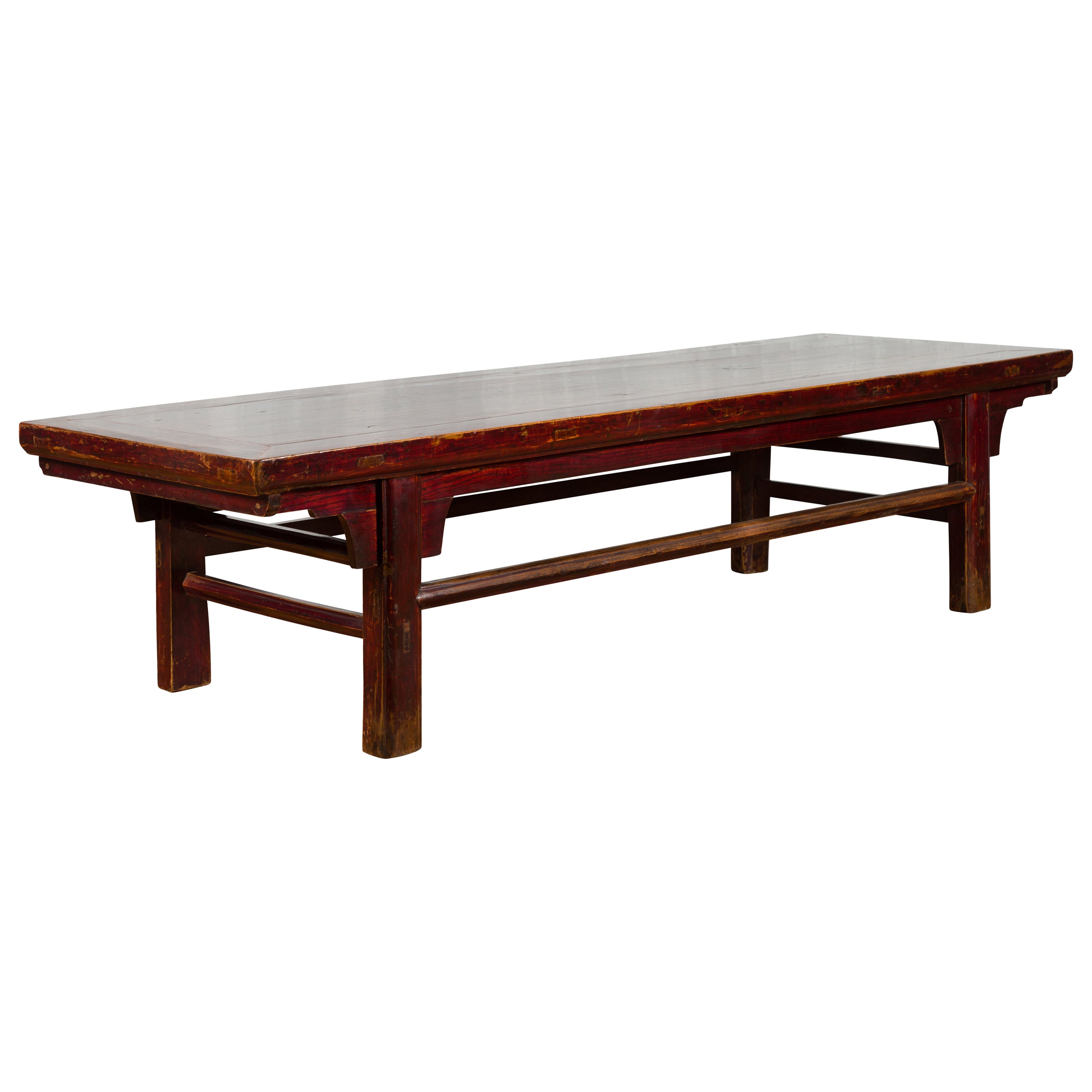 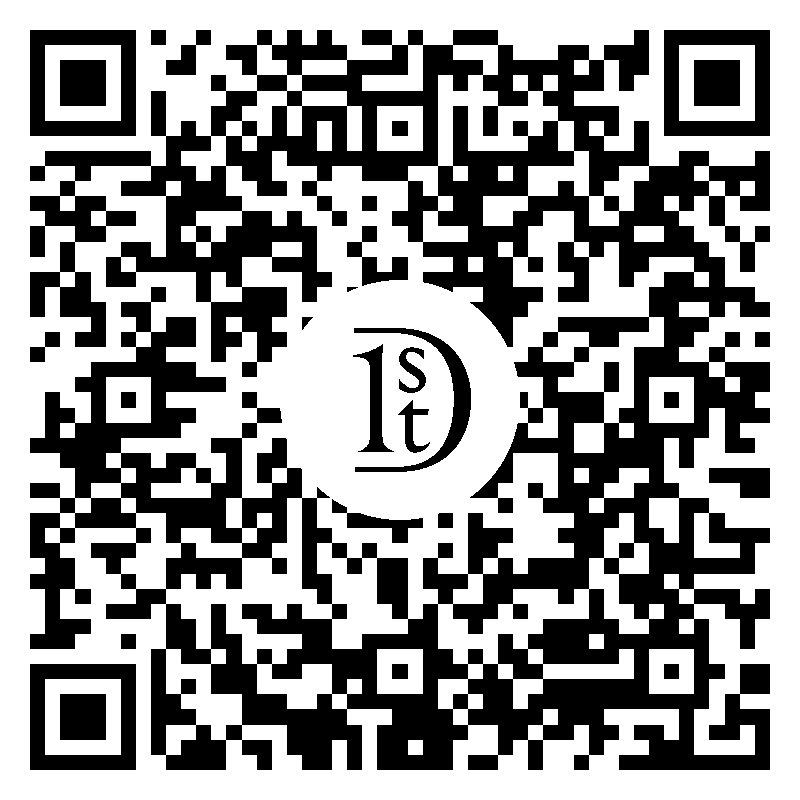 From the Shanxi region, a beautiful Qing Dynasty bed with elm frame. The top is composed of bamboo slats, with spandrels that have pierced, carved motifs representing billowing clouds. The square reeded legs are joined at the ends with stretchers. Has original brown/ red lacquer finish. China, circa 1850. Perfect for a large coffee table! Can also serve as a spare bed when an extra bed is needed by placing a futon on top. Measures: 82" wide x 31 1/2" deep x 20 3/4" high.

$5,500
Chinese Elm Coffee Table
Located in Pasadena, CA
One of a pair of newly made elm tables, re-imagined from salvaged pieces of an antique bed. Could be paired with a similar piece (PB2186), though not an exact pair.
Category

$4,800
Chinese Qing Dynasty Period Shop Sign with Calligraphy Made into a Coffee Table
Located in Yonkers, NY
A Chinese Qing dynasty shop sign from the 19th century with gilded calligraphy, made into a coffee table. Created in China during the Qing dynasty, this rectangular shop sign, adorne...
Category