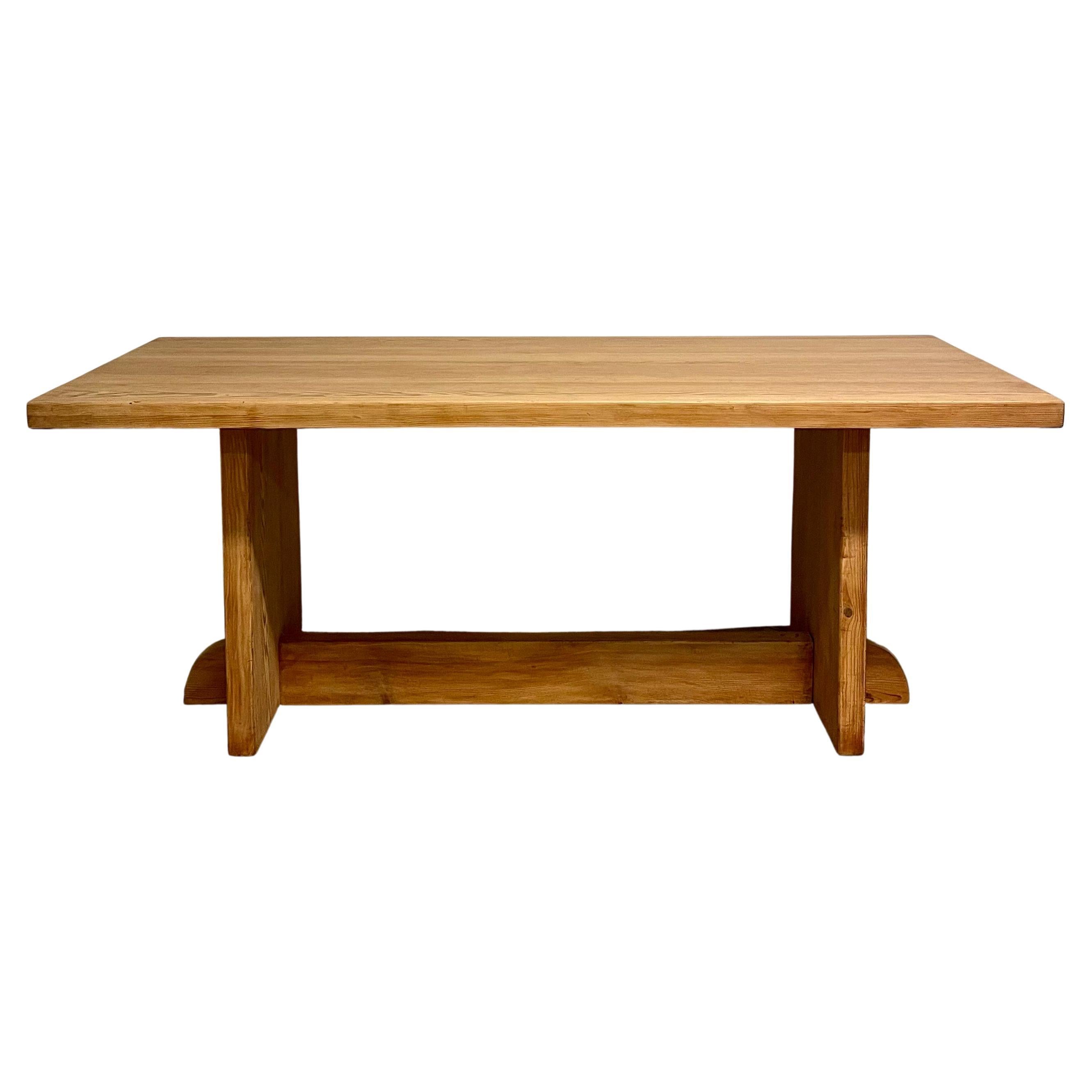 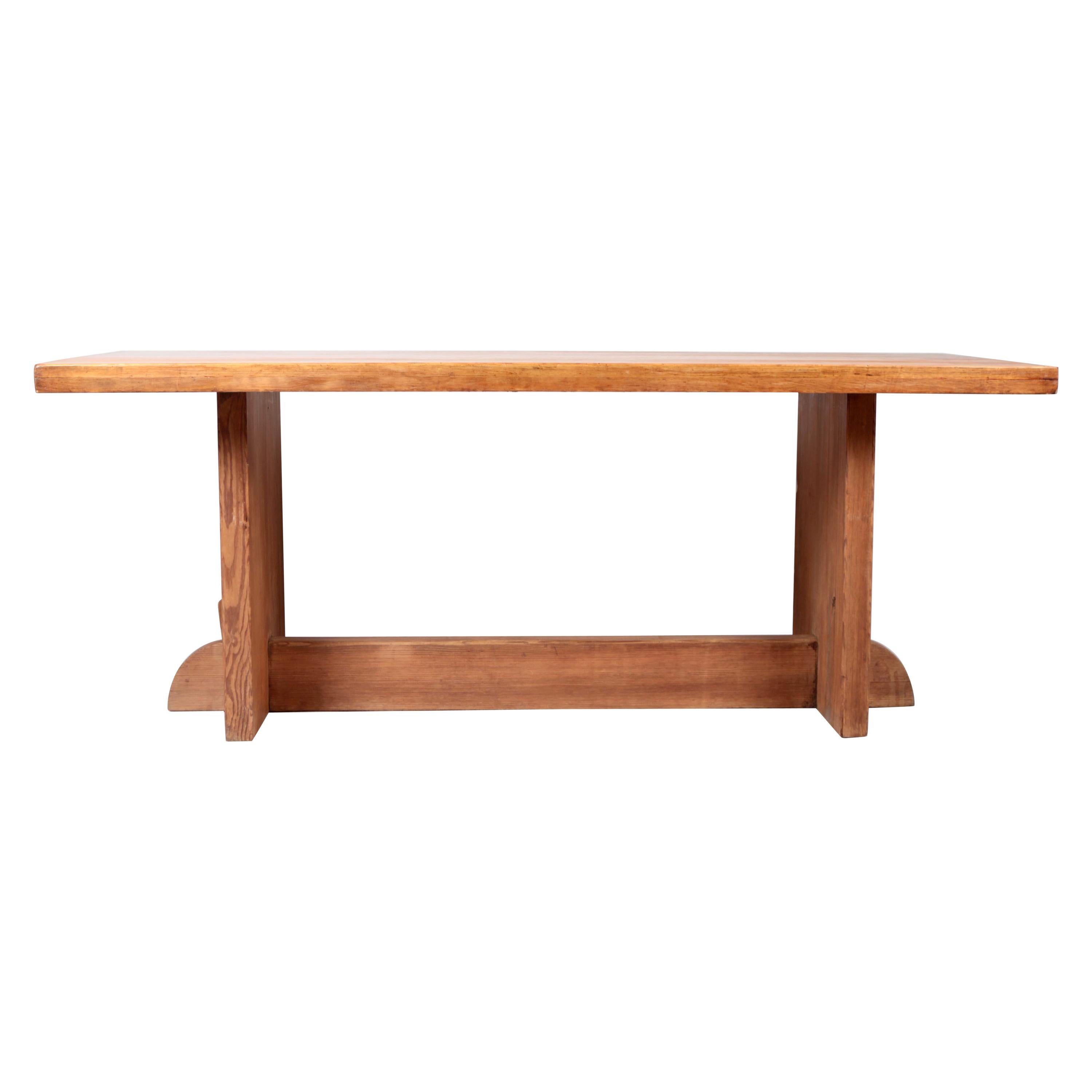 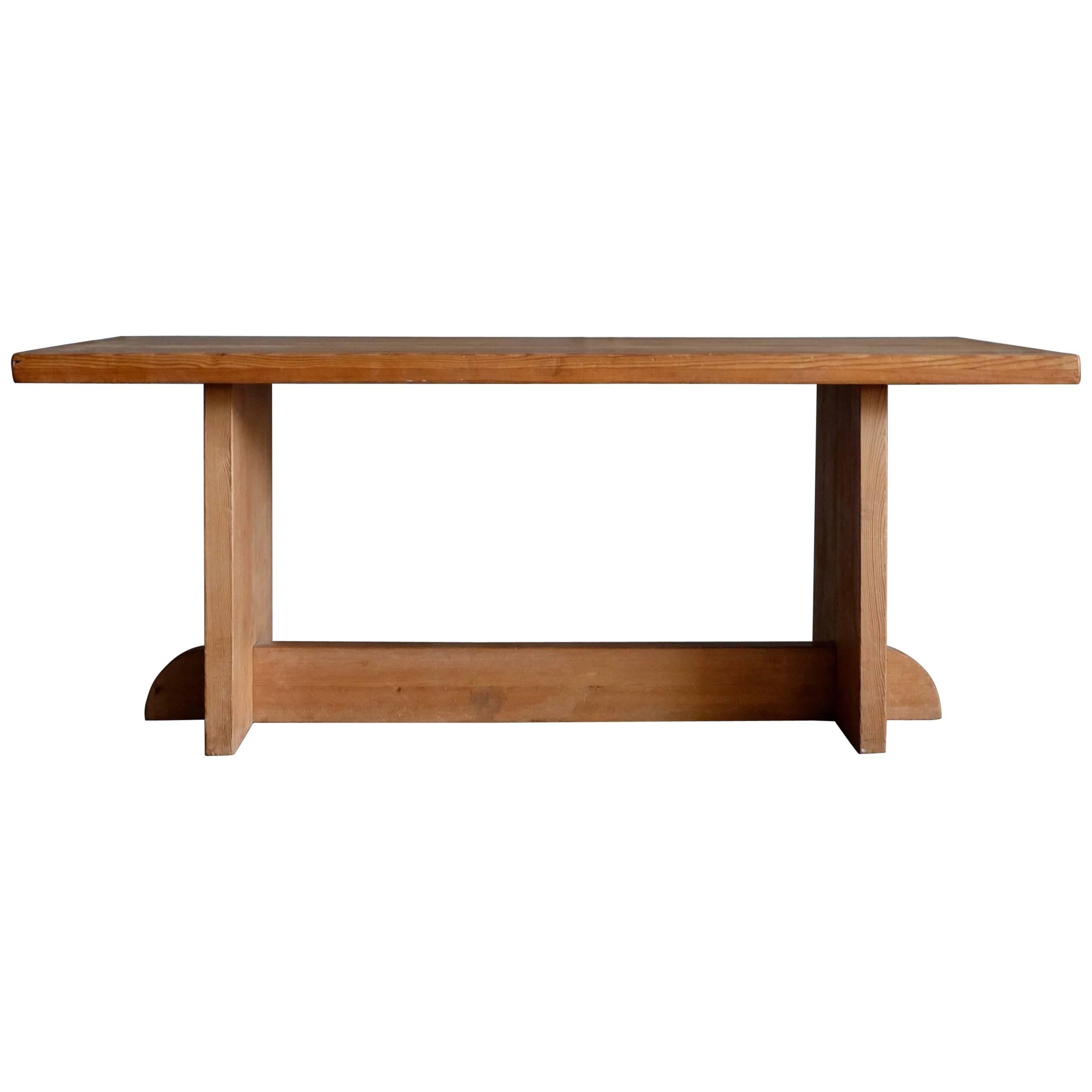 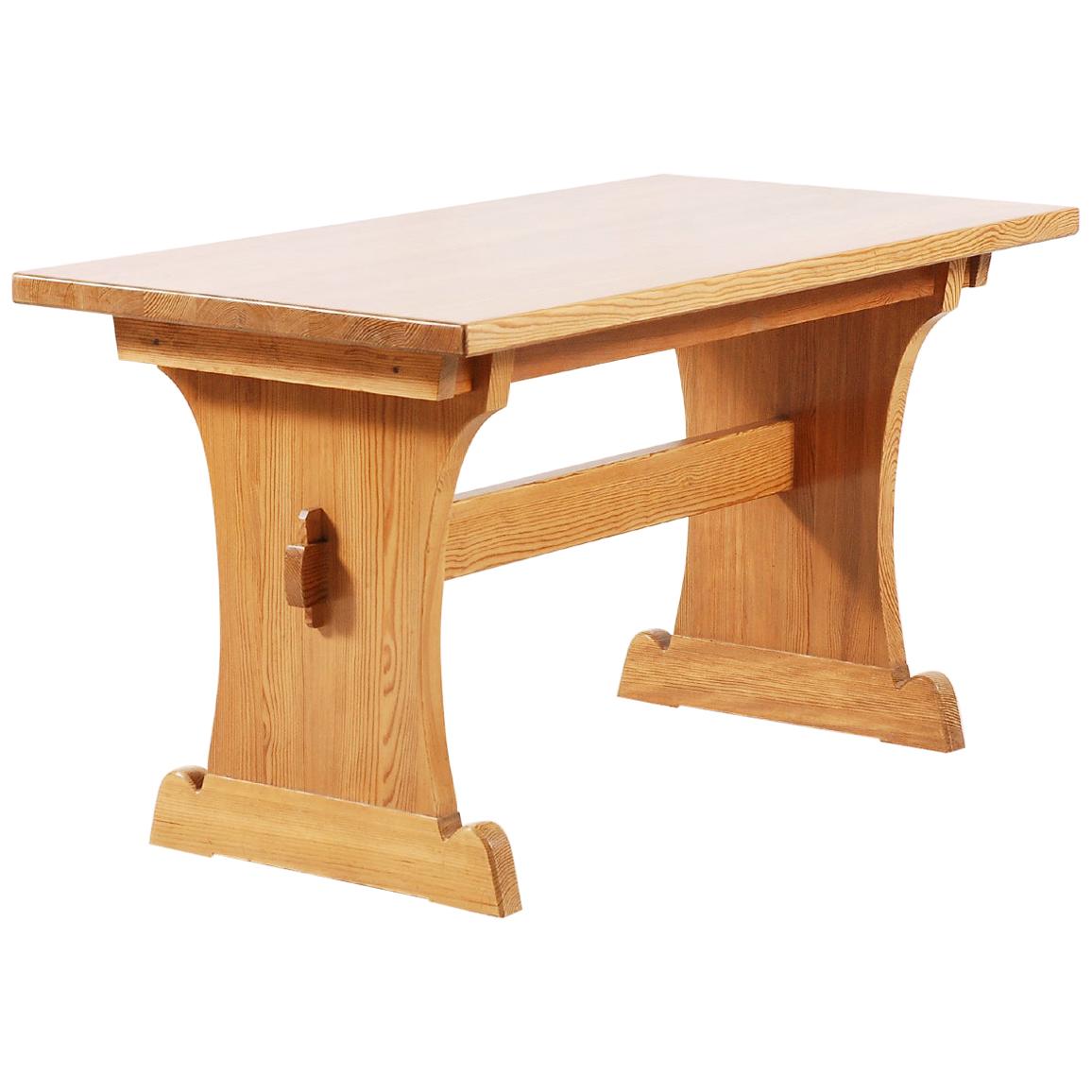 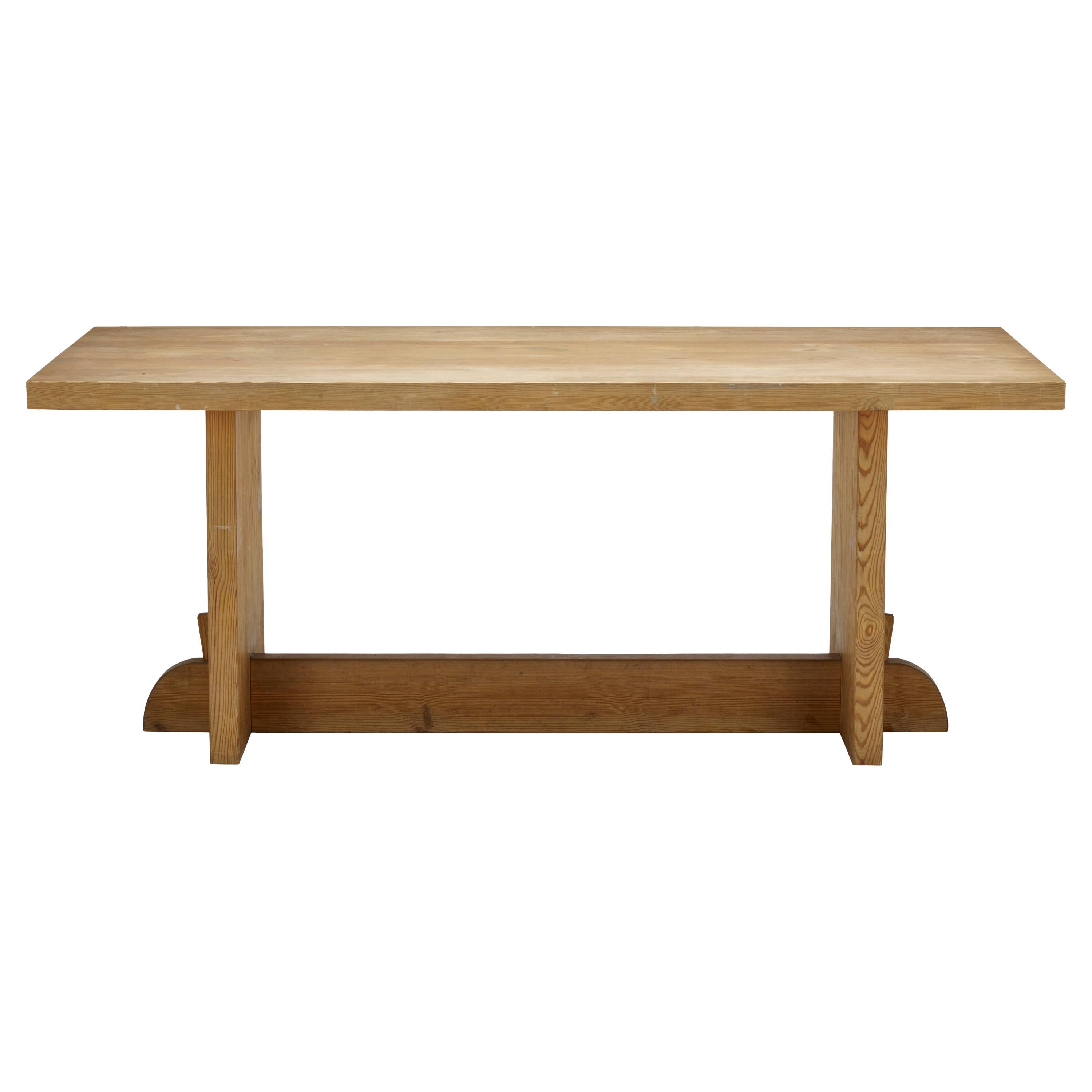 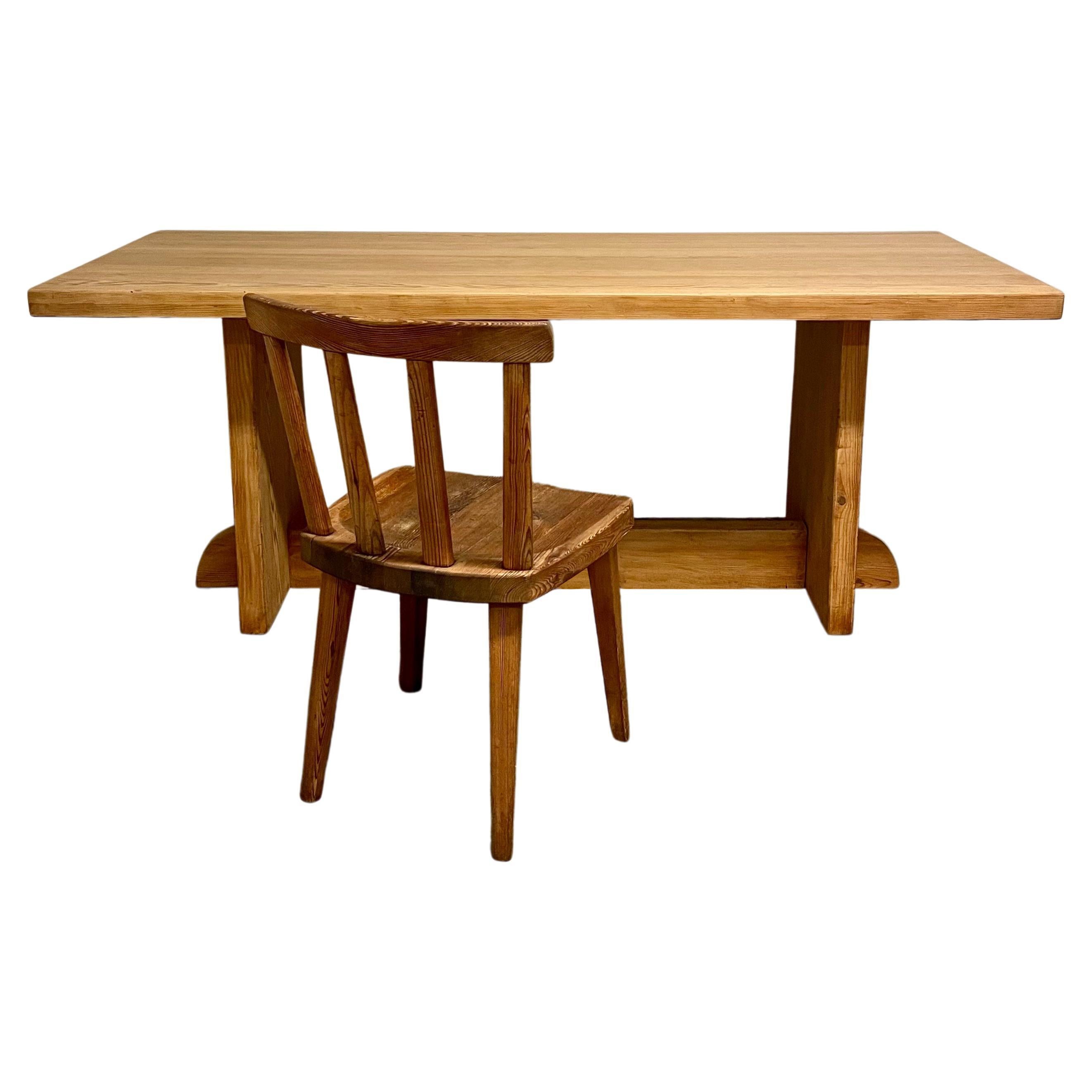 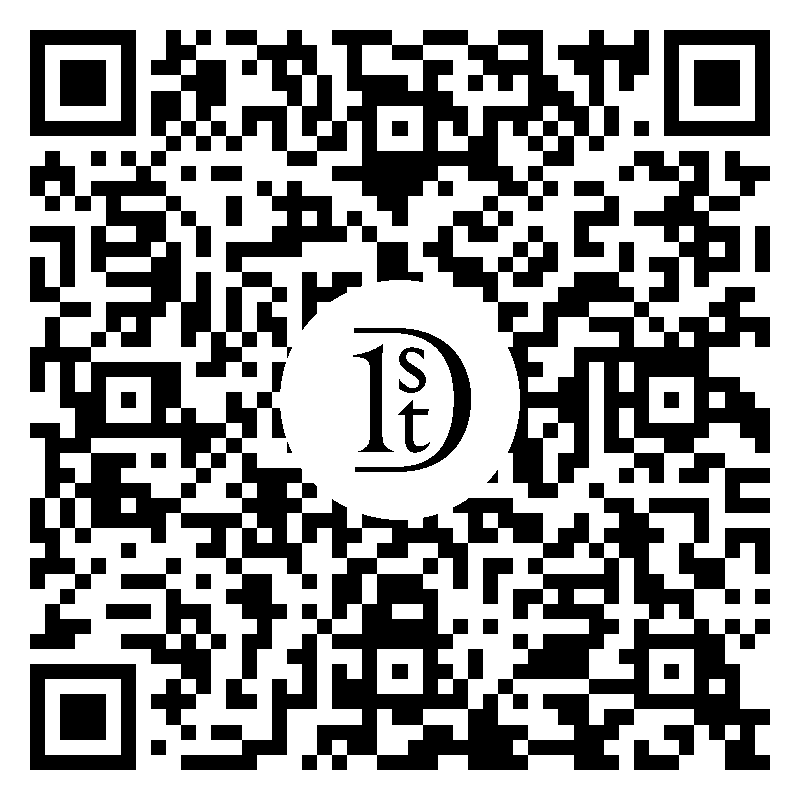 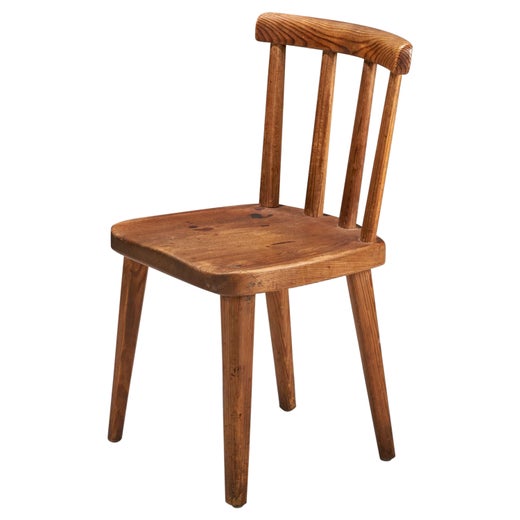 Swedish furniture designer Axel Einar Hjorth (1888–1959) created pieces that were as elegant as they were functional, and he frequently worked in references to a litany of inspirations including French Art Deco, Gustavian style and modernism. Ahead of his time, his style was refined and daringly simple.

Born in Krokek, Sweden, Hjorth grew up in a foster family and at 20 moved to Stockholm where he studied architecture and design at the Högre Konstindustriella Skolan (now the University of Arts, Crafts & Design). Although he dropped out when his foster father died, he went on to work for some of the largest furniture manufacturers in Sweden during the 1920s. His work was featured in the 1923 Gothenburg Exhibition world’s fair, and he exhibited a birch and cherry cabinet in the 1927 Swedish Contemporary Decorative Arts at the Metropolitan Museum of Art in New York. His role as the head of the furniture department at Nordiska Kompaniet (NK), an upscale department store in Stockholm, from 1927 to 1938, further brought his designs to widespread acclaim, including pieces exhibited at the 1929 Barcelona International Exposition.

At the 1930 Stockholm Exhibition, an influential event in the emergence of functionalism in Swedish design, Hjorth exhibited a dozen room settings that featured examples of sportstugemöbler. These furniture lines were named for islands in Sweden’s archipelago — Utö, Blidö and Torö — with designs intended for cabins and vacation homes. The use of solid Swedish pine in these pieces revealed a love of traditional rustic furniture while the simple forms boldly looked to the future. He also brought his eclectic influences to armchairs formed from tubular metal, blocky cabinets made from birch and upholstered sofas with neoclassical details, each exuberantly mixing form and function.

1stDibs Buyer Protection Guaranteed
If your item arrives not as described, we’ll work with you and the seller to make it right. Learn More
About the Seller
5.0
Located in San Francisco, CA
Recognized Seller
These prestigious sellers are industry leaders and represent the highest echelon for item quality and design.
Platinum Seller
These expertly vetted sellers are 1stDibs' most experienced sellers and are rated highest by our customers.
Established in 2011
1stDibs seller since 2011
194 sales on 1stDibs
Typical response time: 3 hours
Associations
20th Century Specialists
More From This SellerView All
People Also Browsed
You May Also Like