This Ernesto Valabrega Extendable Dining Table in Oak is no longer available. 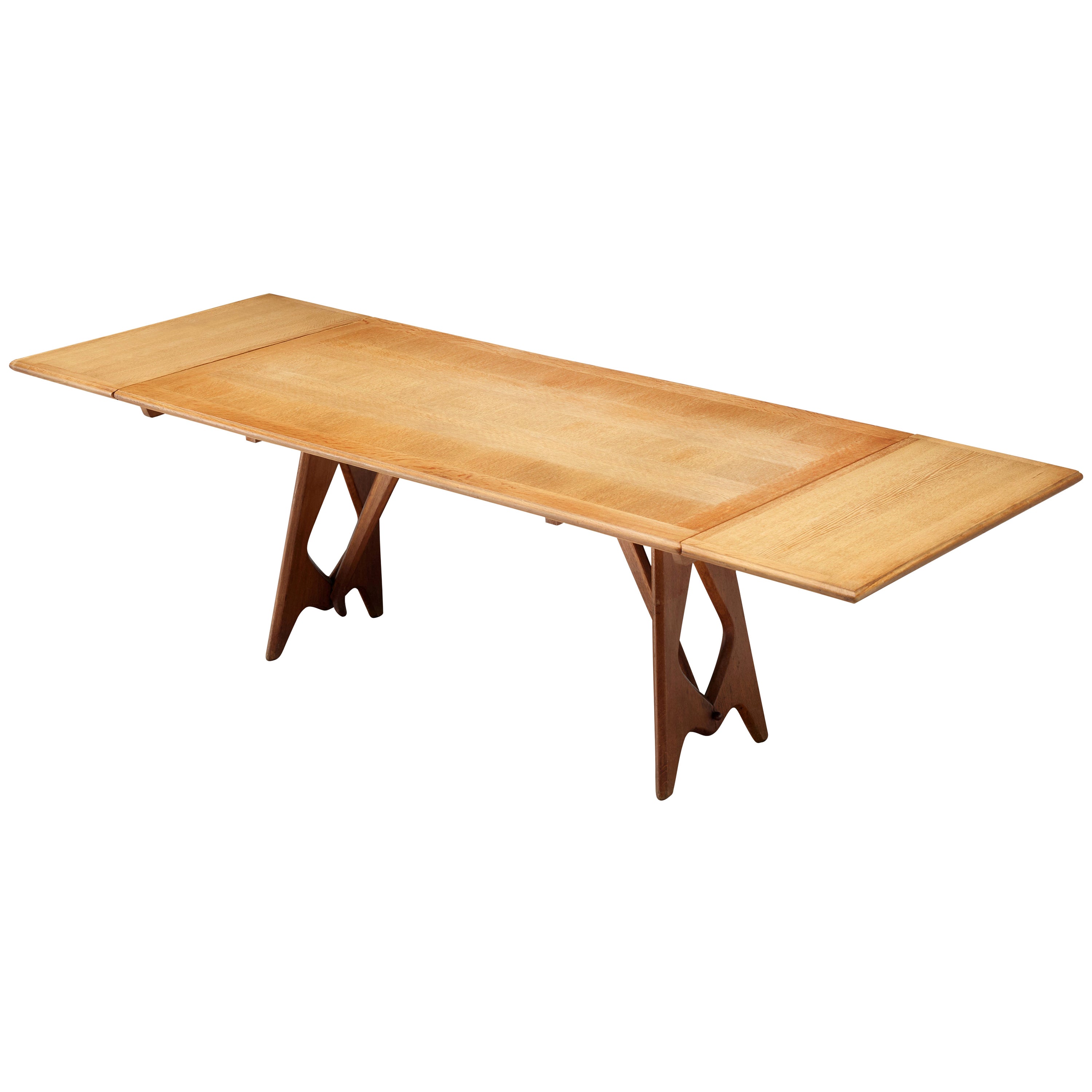 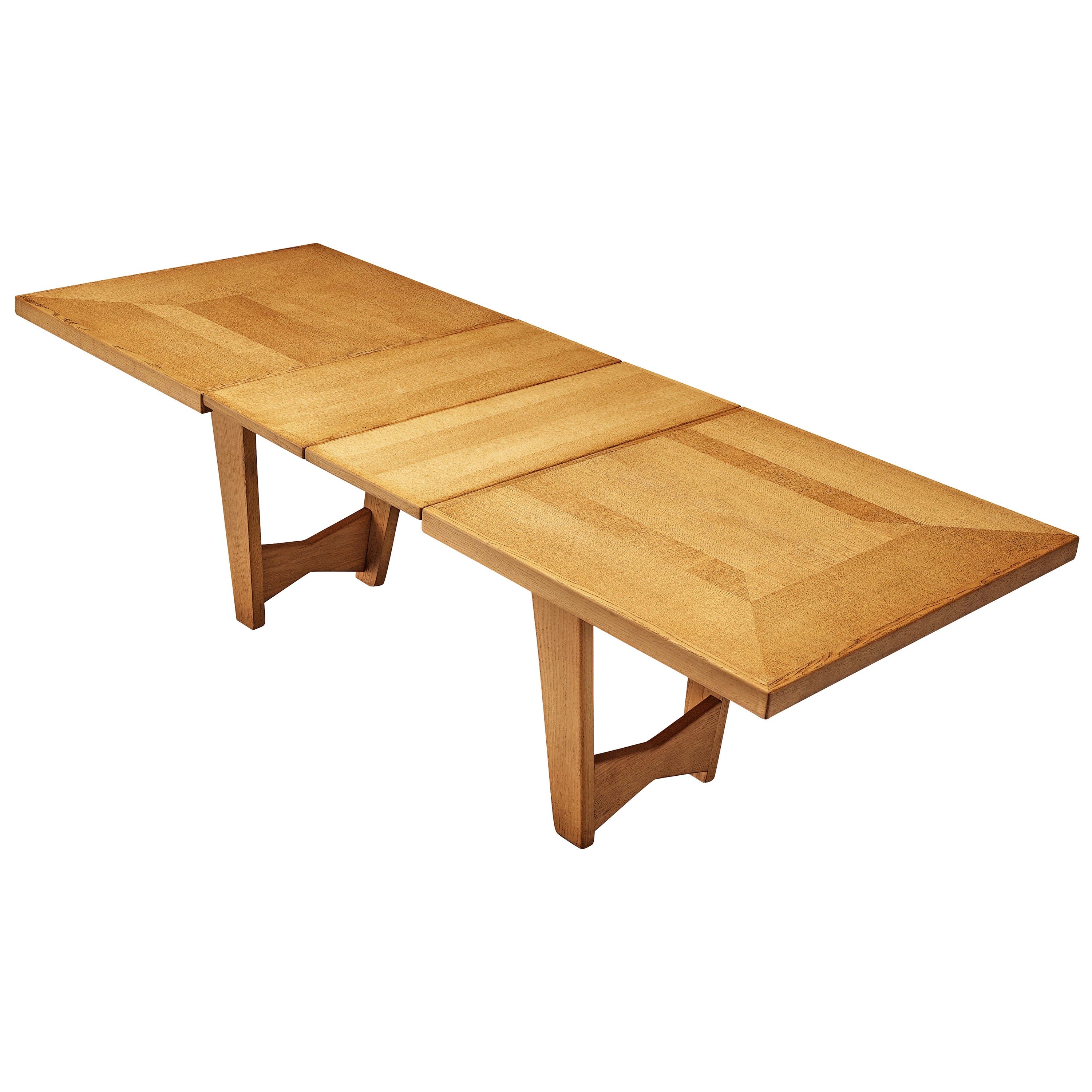 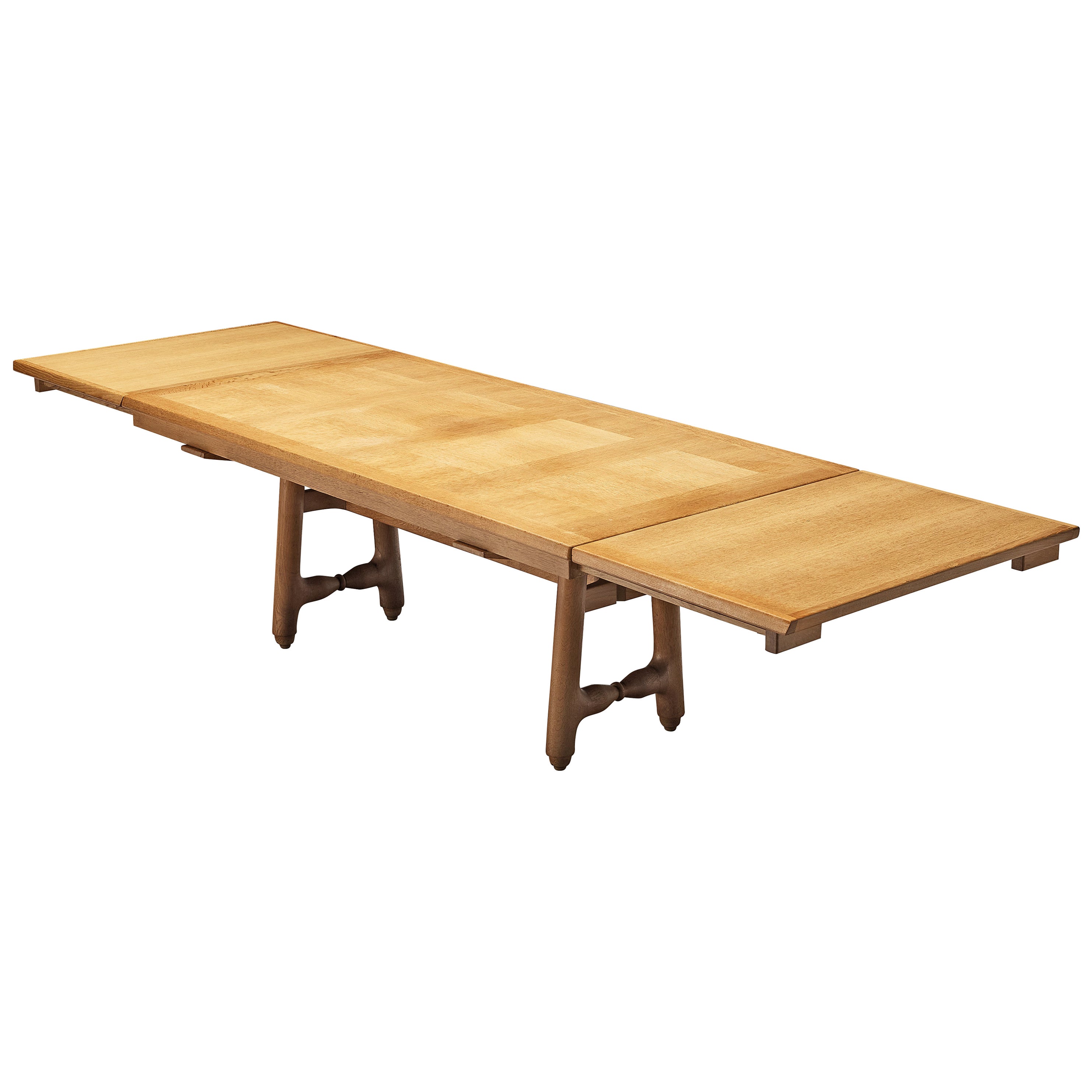 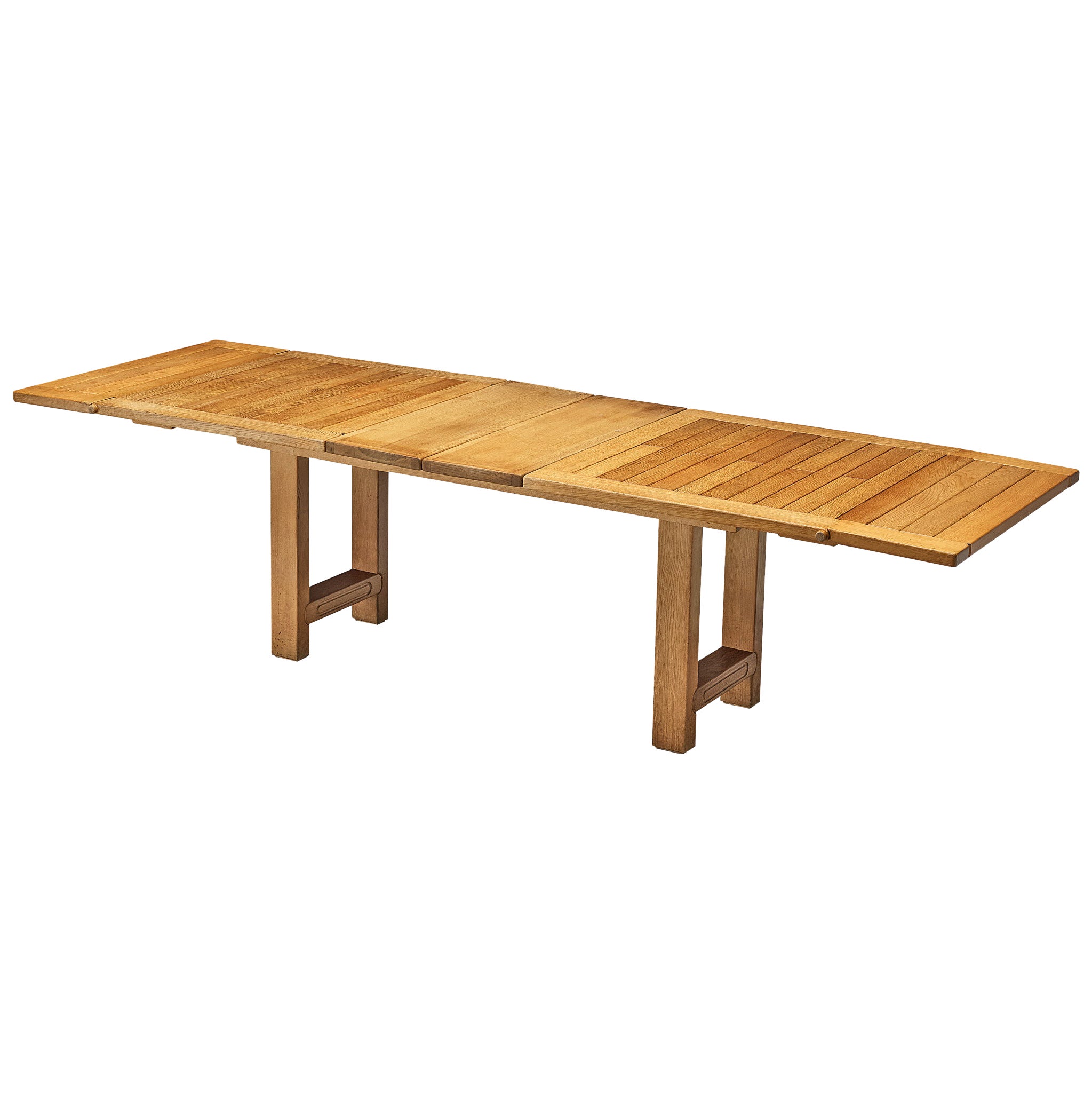 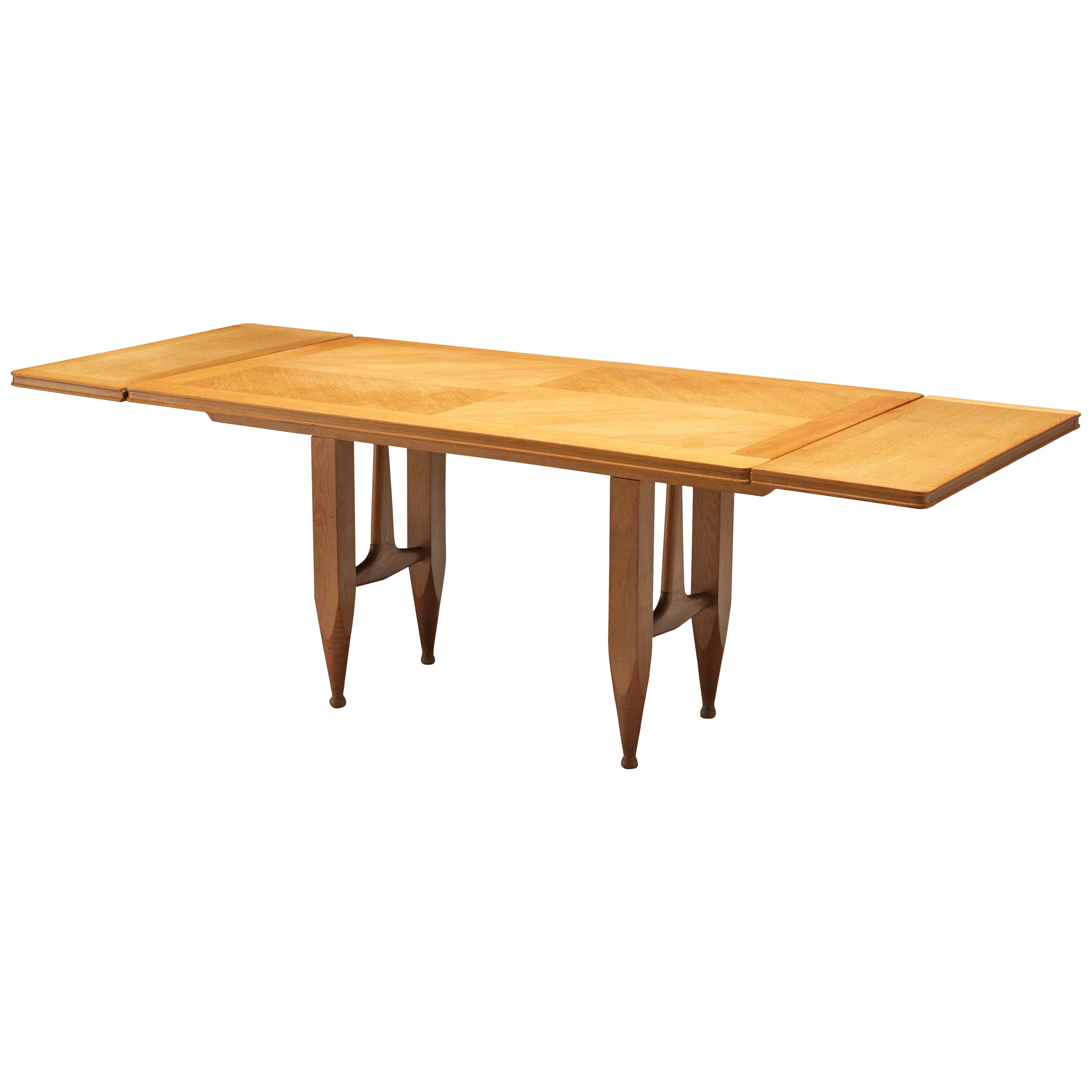 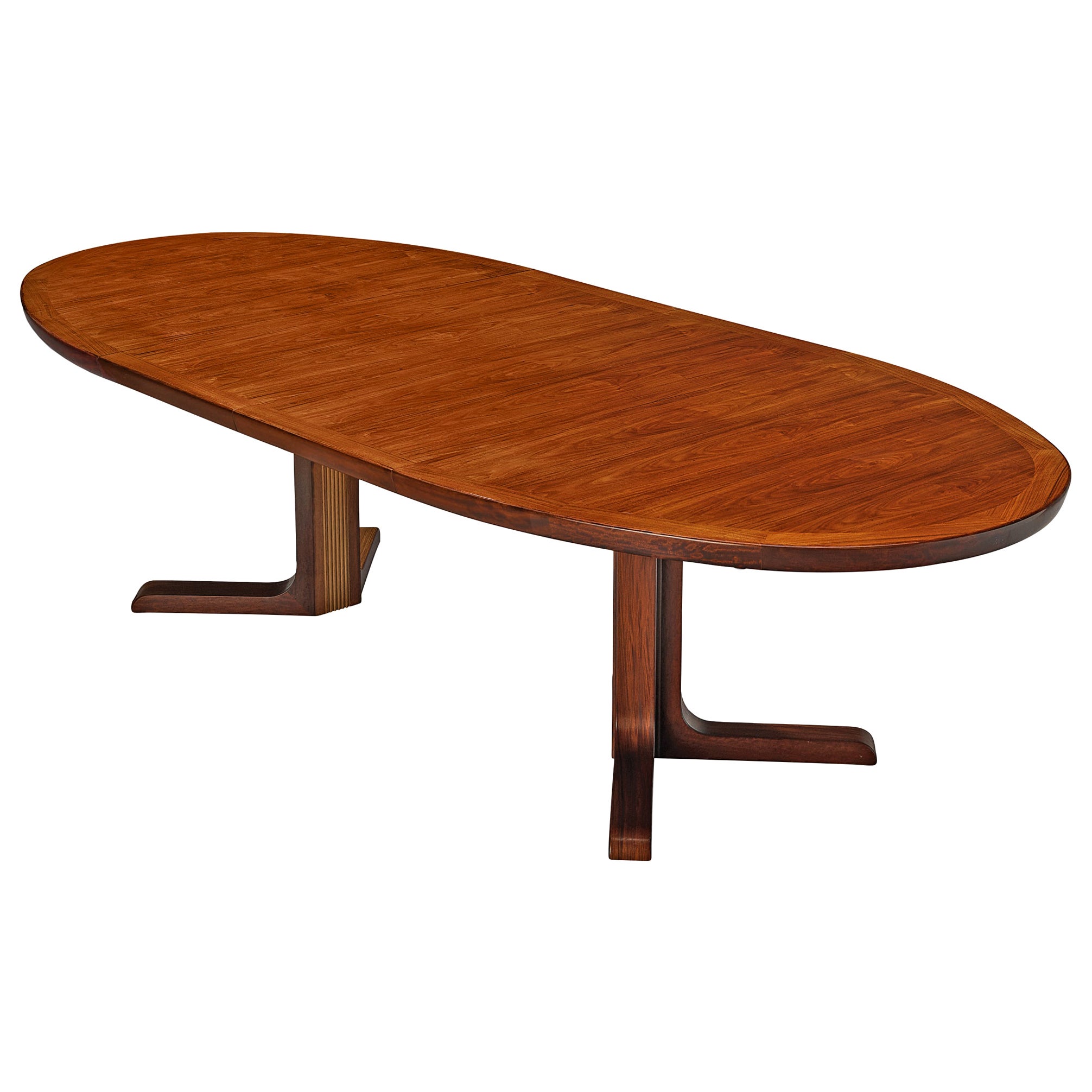 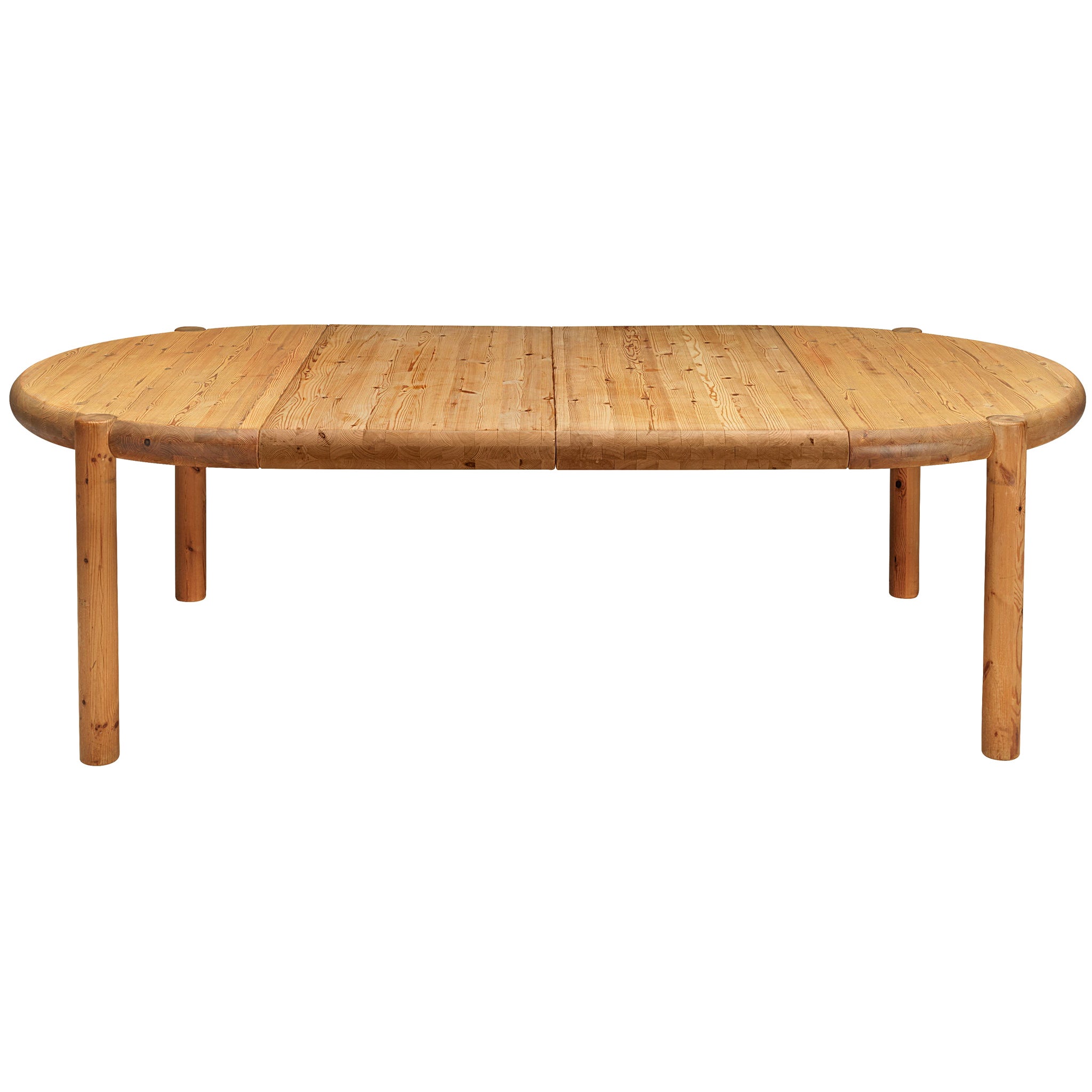 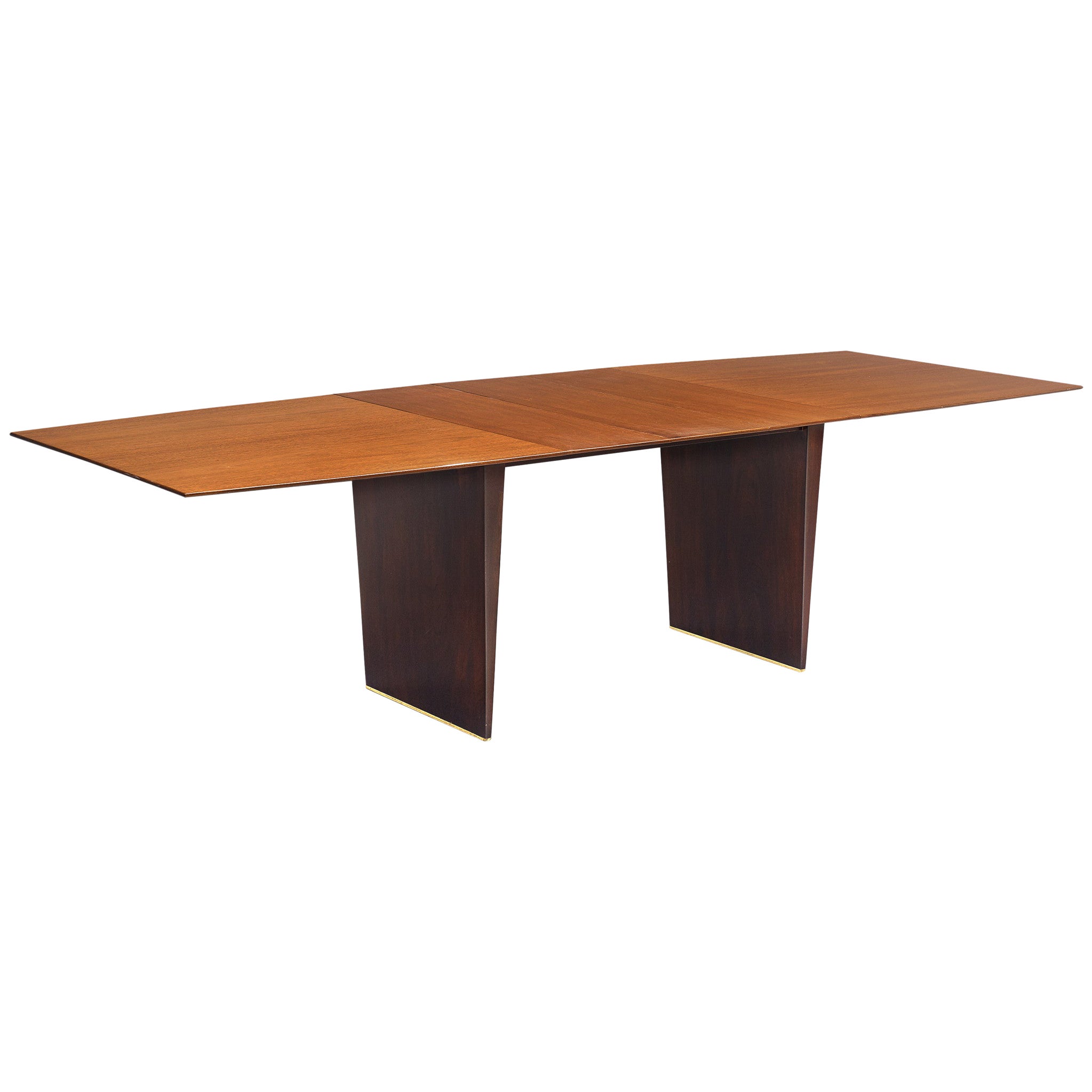 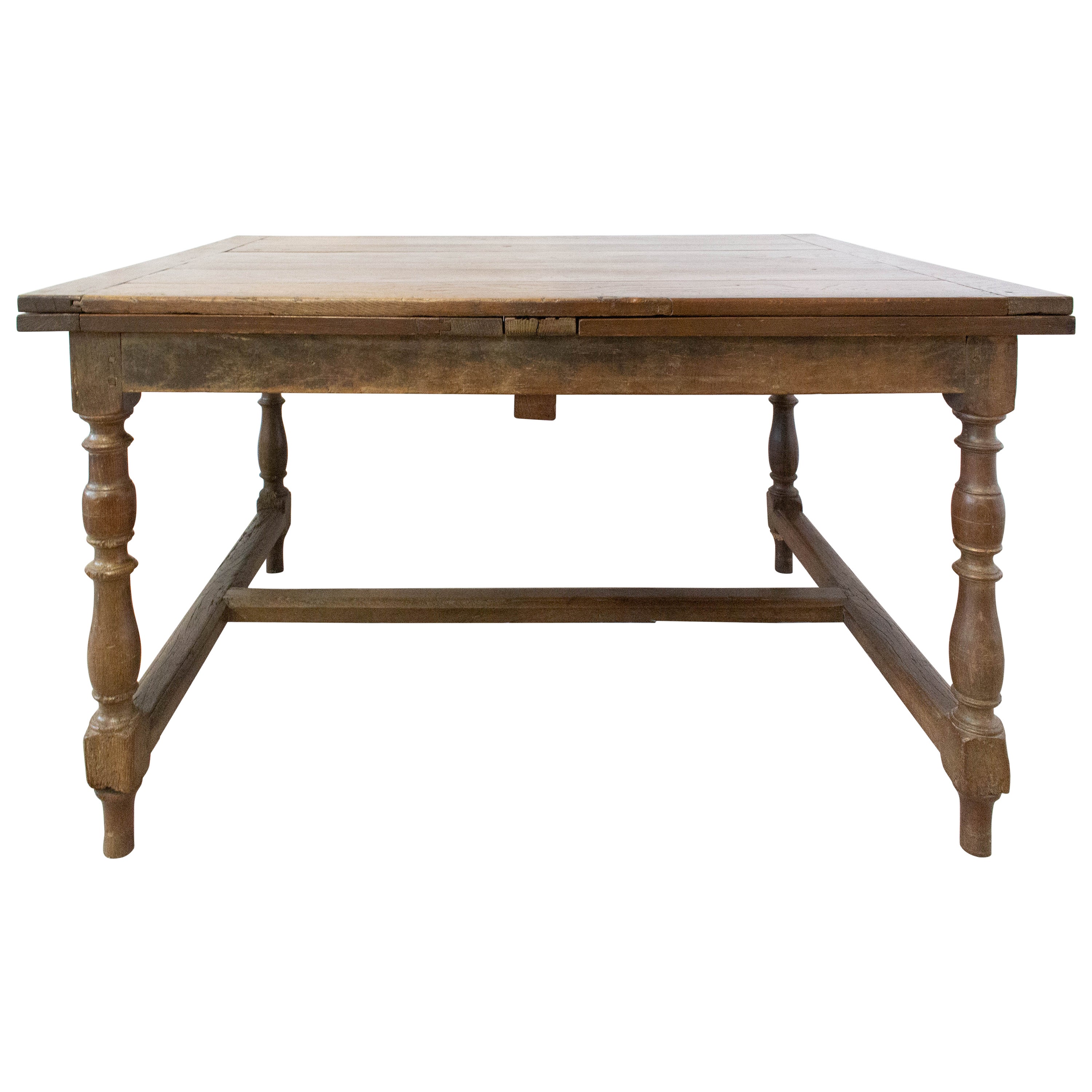 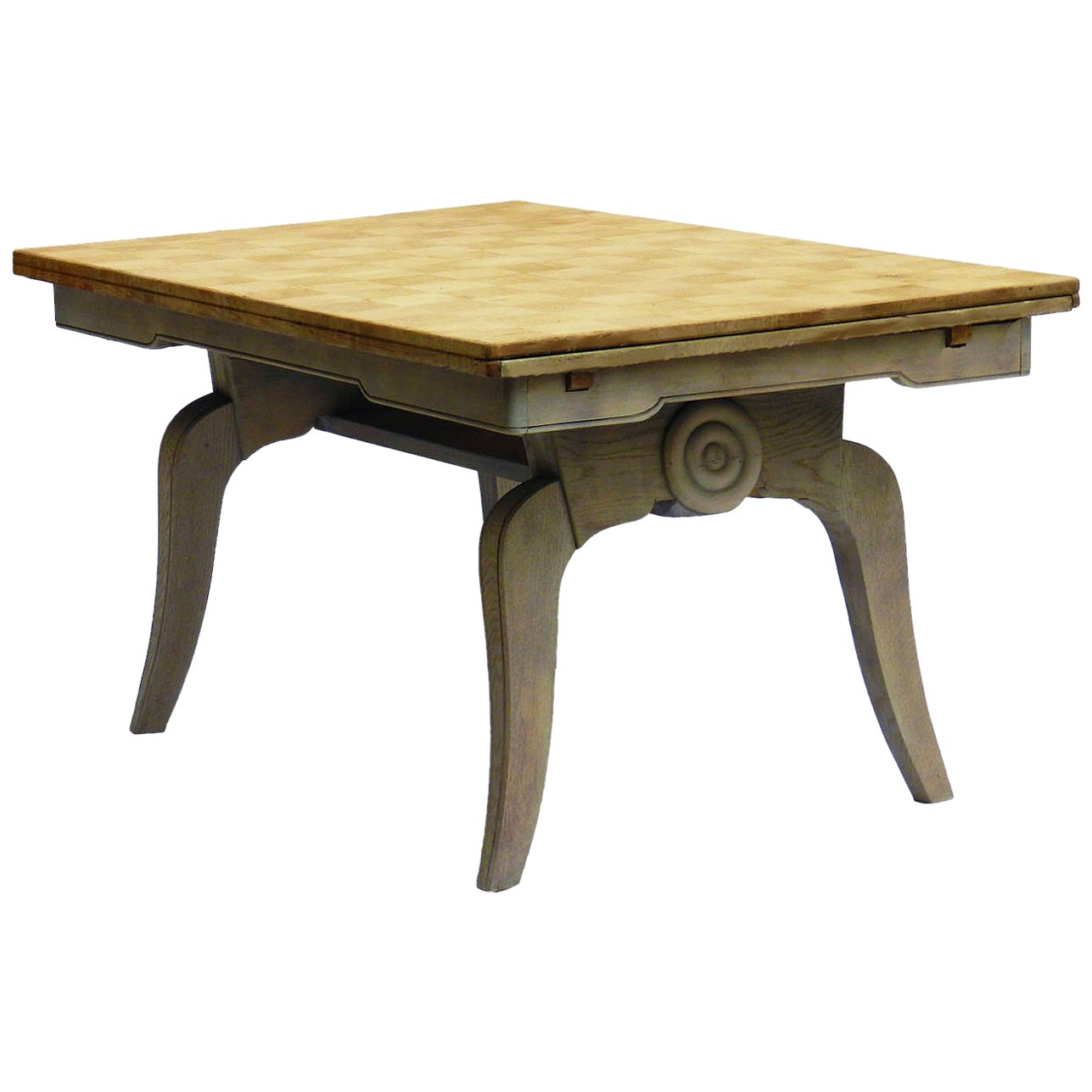 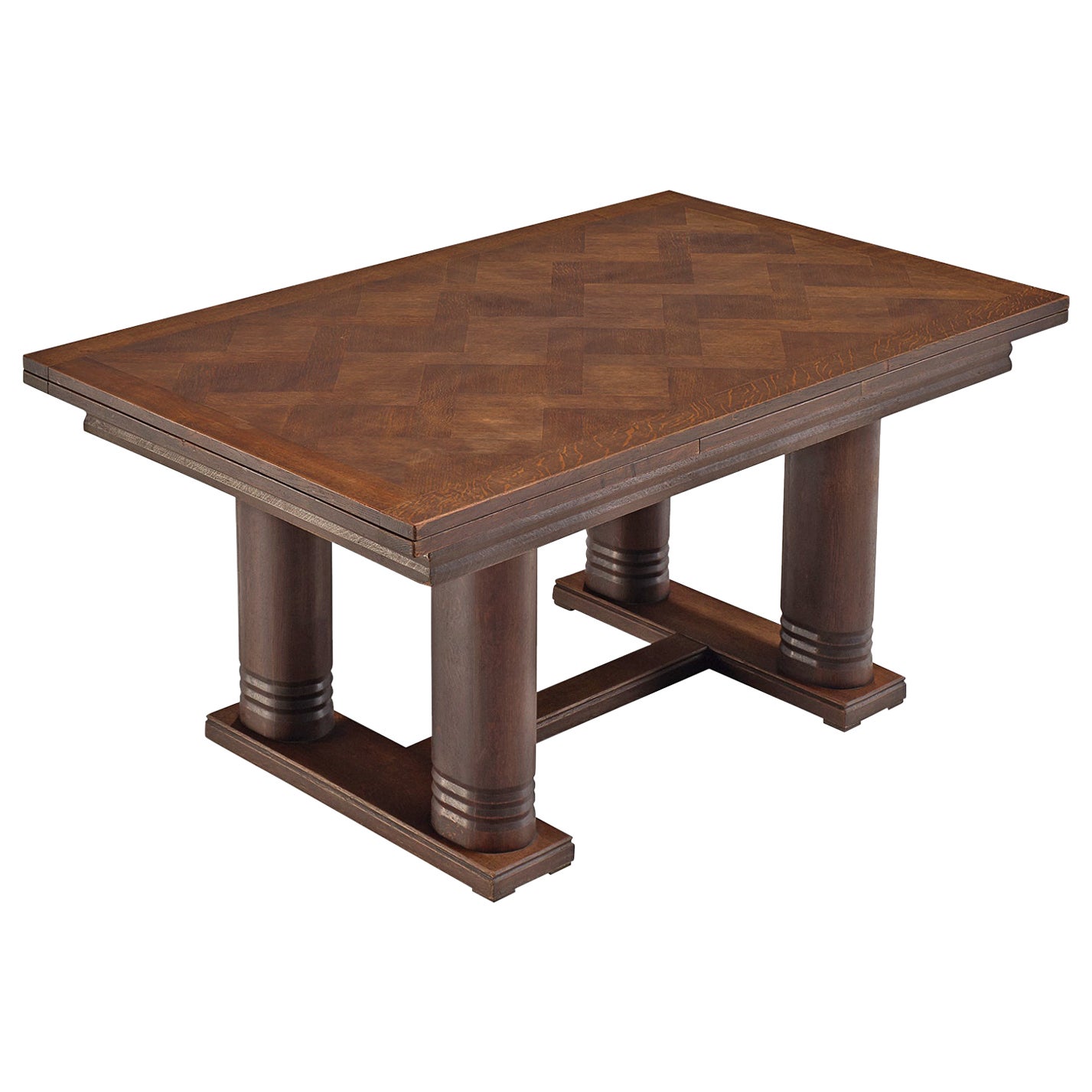 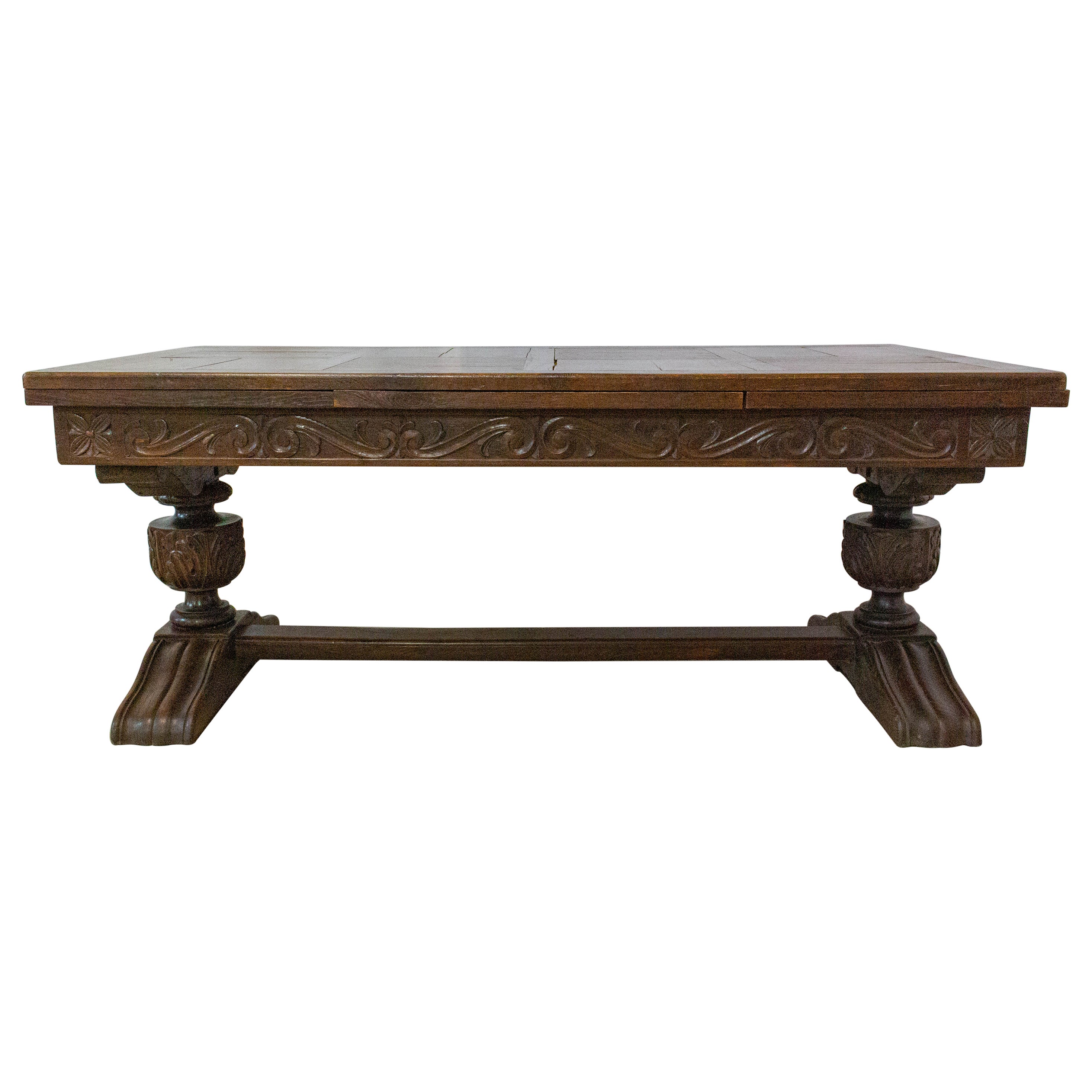 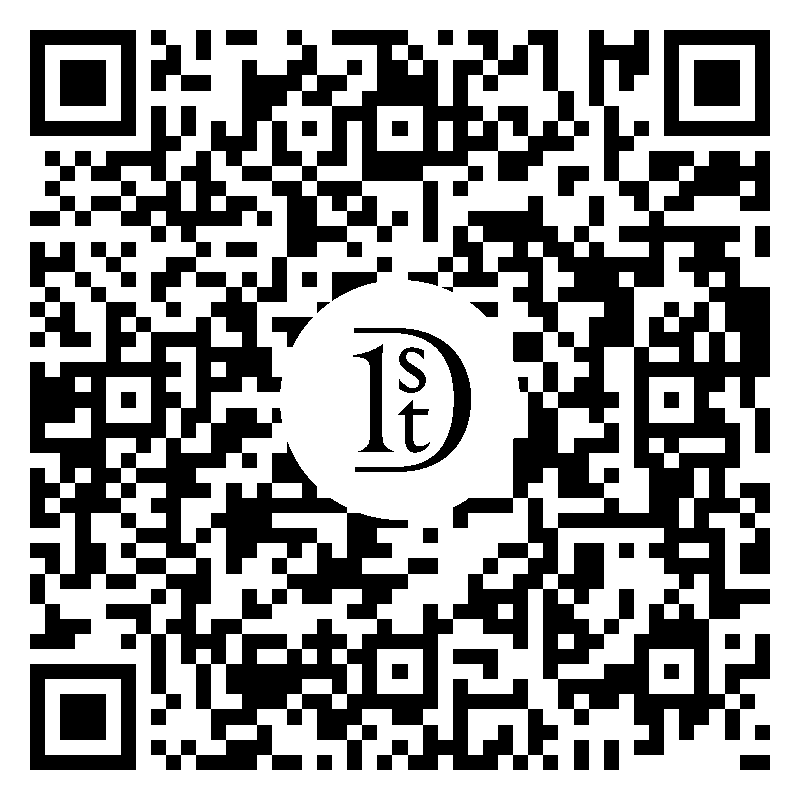 Ernesto Valabrega, dining table, oak veneer, wood, Italy, ca. 1935 This extendable dining table features two leaves that are 'hidden' under the tabletop. The leaves can be used to extend the table on one or both sides. Four flat legs are tapered towards the top. Furthermore the wooden connections shown at the outside of the legs add a decorative detail to the sturdy design. The sides of the top and legs have with a dynamic appearance of little holes on the surface. Italian designer Ernesto Valabrega (1901-1944) was born in Turin, as the son of celebrated designer and cabinetmaker Vittorio Valabrega (1861-1952). His father Vittorio was, together with his brother, the founder of Fratelli Valabrega (Valabrega Brothers Company, since 1884) that was situated in Turin. During the 1890s, Vittorio became the sole owner of the company and had great success with his refined wooden furniture. Vittorio Valabrega became well-known for his furniture in the floral Art Nouveau style, but as a true child of the 19th century, his company also manufactured furniture in Neo-Renaissance and the French Rococo Louis XV-style. His designs received positive attention and were awarded at World Exhibitions. At the famous exhibition in Paris in 1900, Vittorio even received a gold medal. It was at the age of 24 that Ernesto got on board with his father’s business. His involvement from 1925 onwards had a great impact on the company. Ernesto decided to change the company’s name to Mobilart in 1928 and radically redirected the course. Whereas Vittorio was inspired by a variety of contemporary and historic styles, Ernesto chose for a different approach. He renounced the 19th century mixture of styles and approached furniture design in the same manner as the highly influential William Morris of the English Arts and Crafts movement. Their reform was an artistic reaction to the widespread industrialization of the 19th century. Ernesto despised products of poor quality and chose high quality materials that would last a lifetime. The furniture he created in the late 1920 and 1930s are a true testament to his beliefs. With his irregular carvings of oakwood, the hammered hinges, flowing edges, embossed surfaces his furniture shows quality, attention to detail and ultimate craftmanship. VAT within the EU: When buying or delivering an item within the EU, VAT usually applies and will be added.

Recognized Seller
These prestigious sellers are industry leaders and represent the highest echelon for item quality and design.
Diamond Seller
These expertly vetted sellers are 1stDibs' most experienced sellers and are rated highest by our customers.
Established in 2006
1stDibs seller since 2012
3,290 sales on 1stDibs
Typical response time: 1 hour
Associations
20th Century Specialists
More From This Seller

$3,396
Extending Teak Dining Table Made in Denmark, 1960s
Located in Antwerp, BE
Vintage midcentury dining table made of solid teak in excellent condition. Can be easily extended with a leaf on each side. Dimension table: 90 W x 72.5 H x 141 D cm, leaf: 90 W ...
Category

$921 Sale Price
20% Off
Danish Vintage Extending Dining Table
Located in London, GB
A stunning vintage Danish dining table of outstanding quality. This is beautifully made and it dates from the 1960s. This has two extra leaves that comes with this to extend the d...
Category

$970 Sale Price
20% Off
1960’s Danish Extending Dining Table
Located in London, GB
A beautiful vintage dining table, made in Denmark and dating from the 1960s. This is of great quality, it has a beautiful color and stunning wood grain patterns. This has an extra...
Category