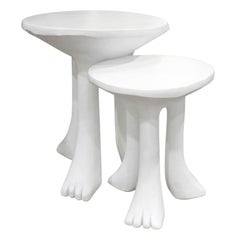 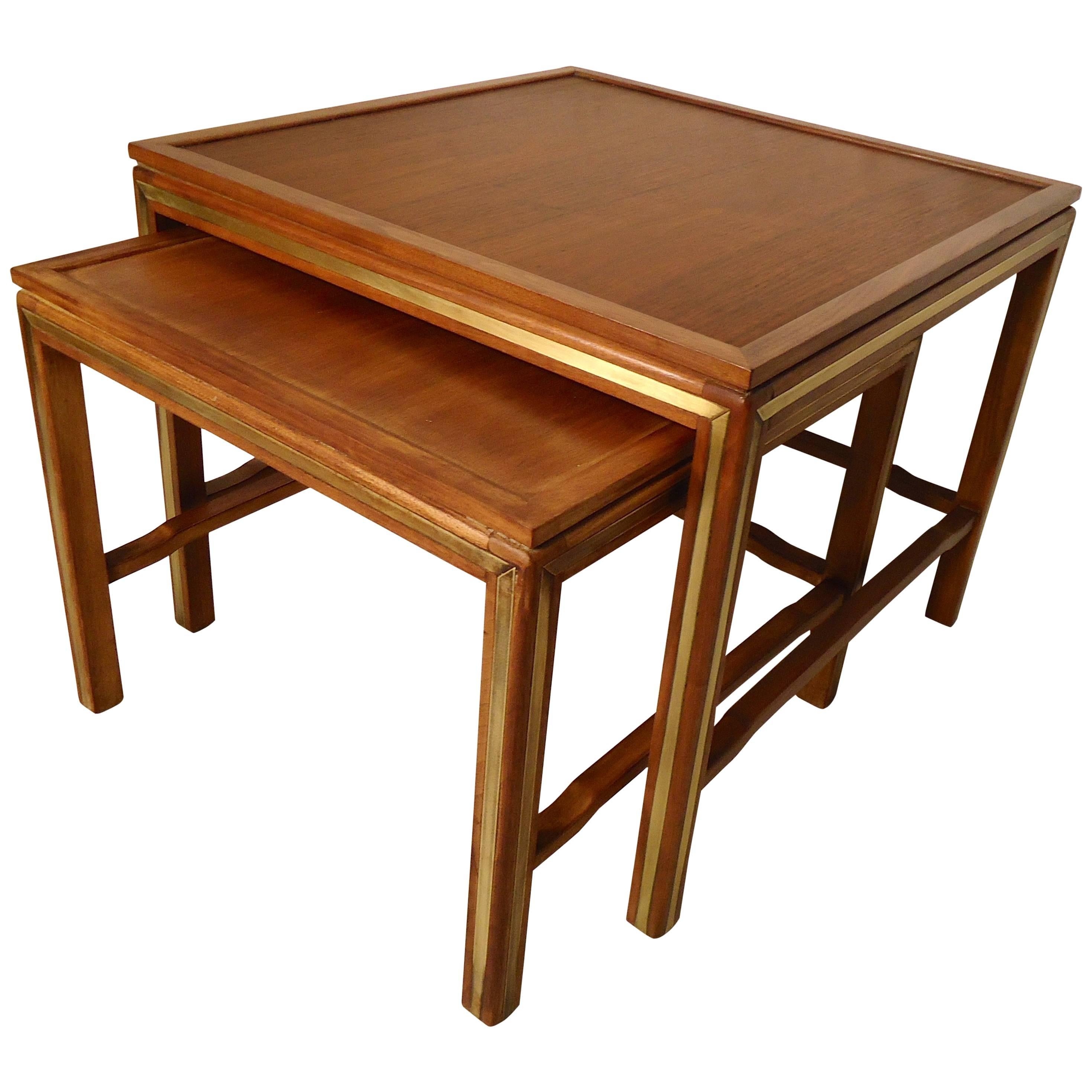 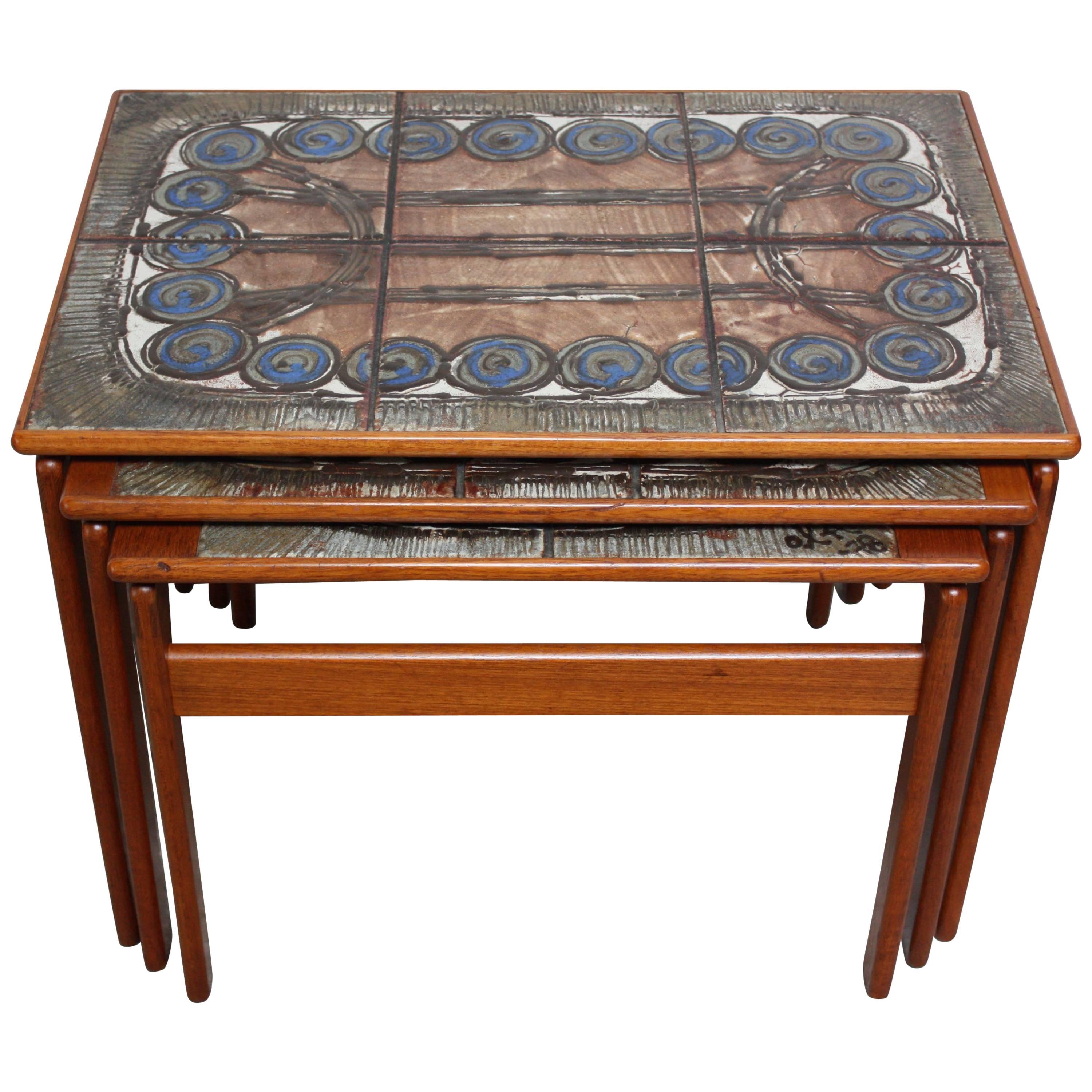 Set of 3 Exotic Wood and Chrome Nesting Tables, French, circa 1970 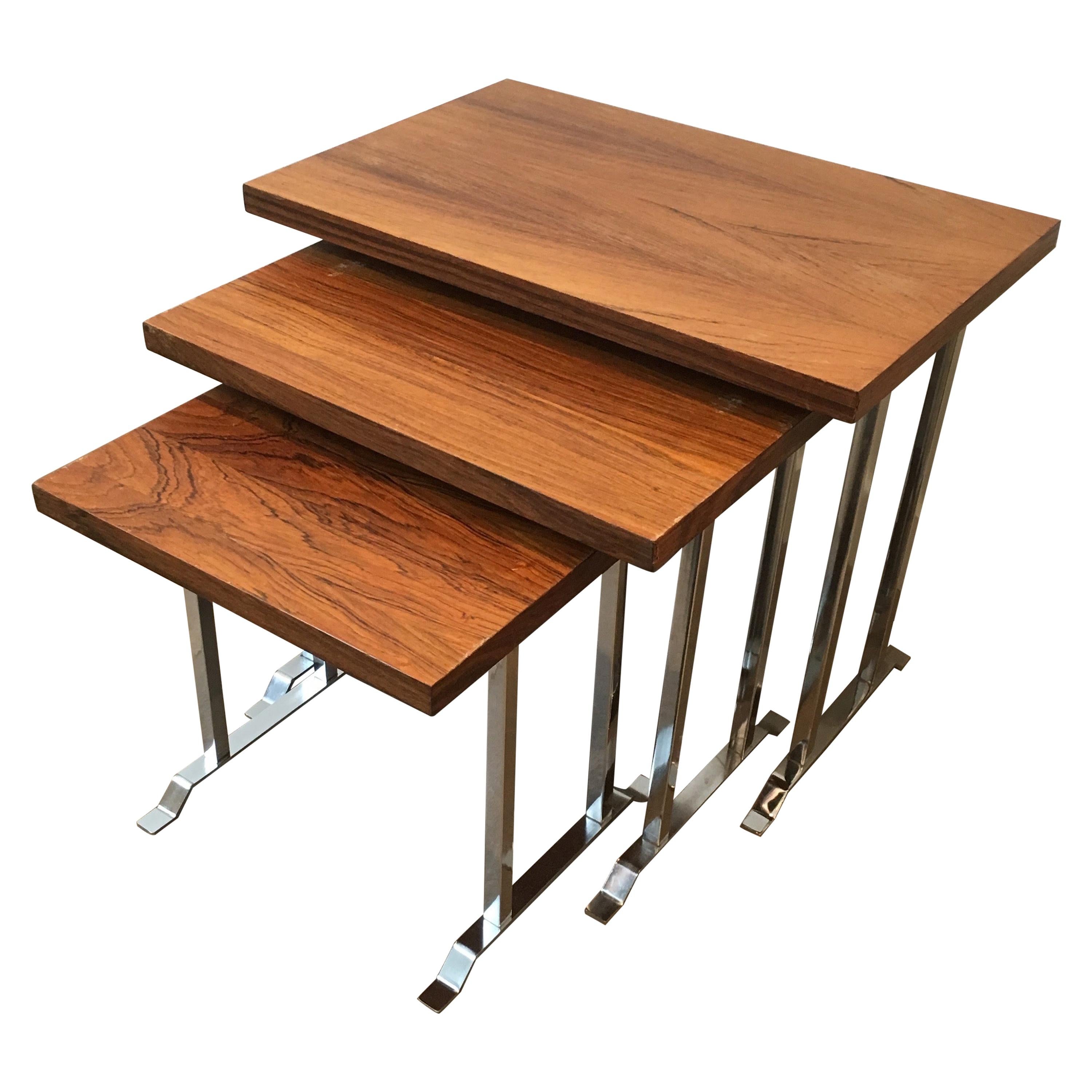 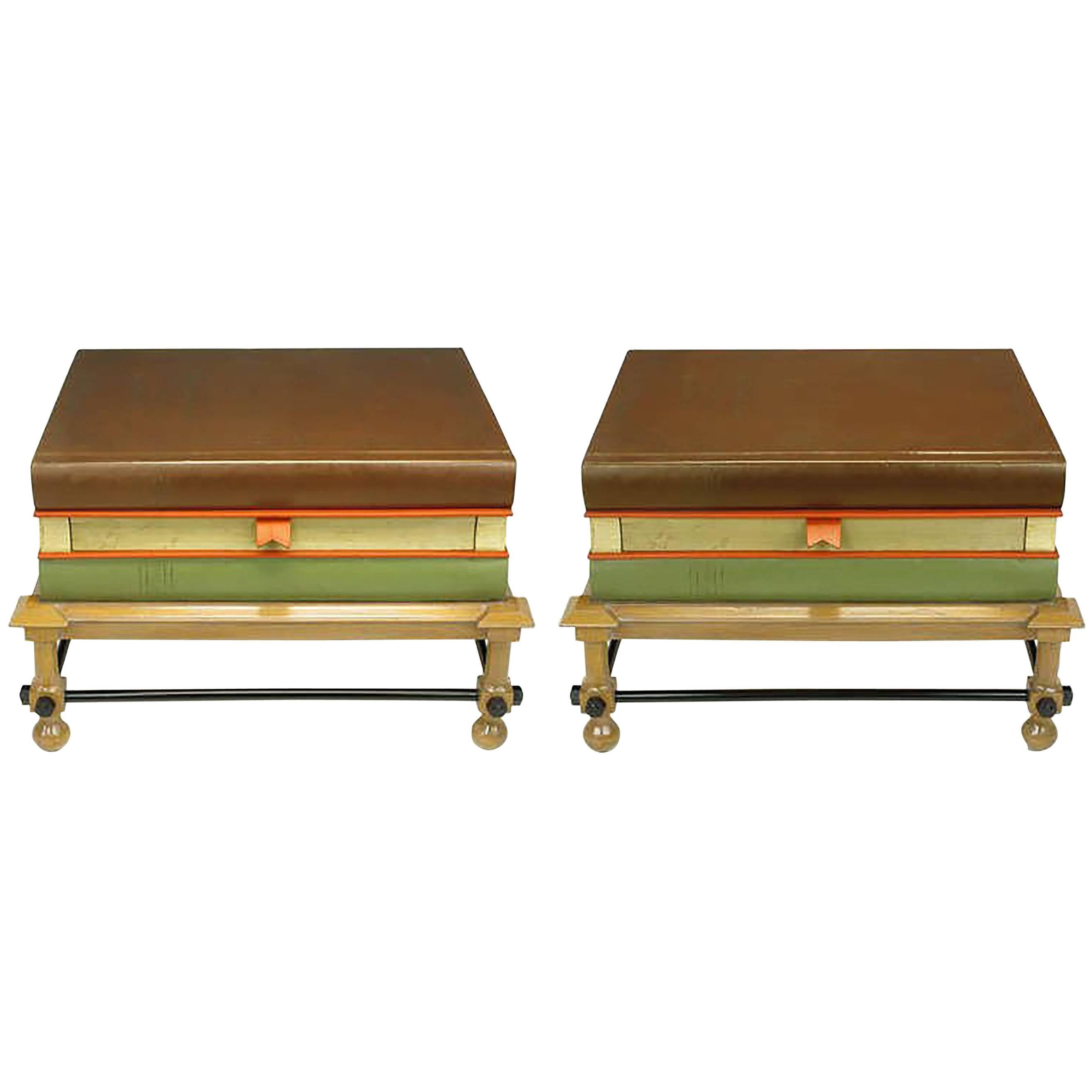 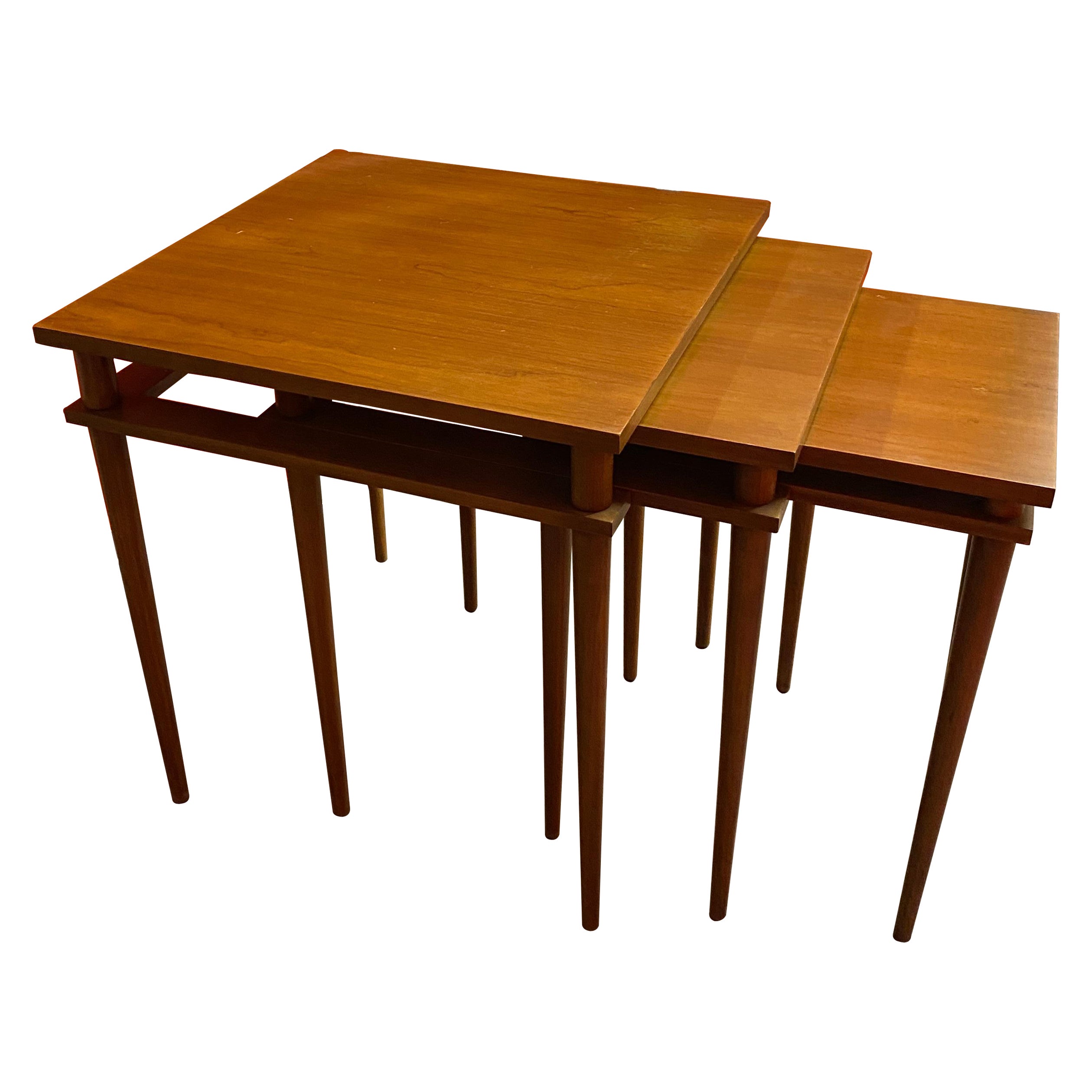 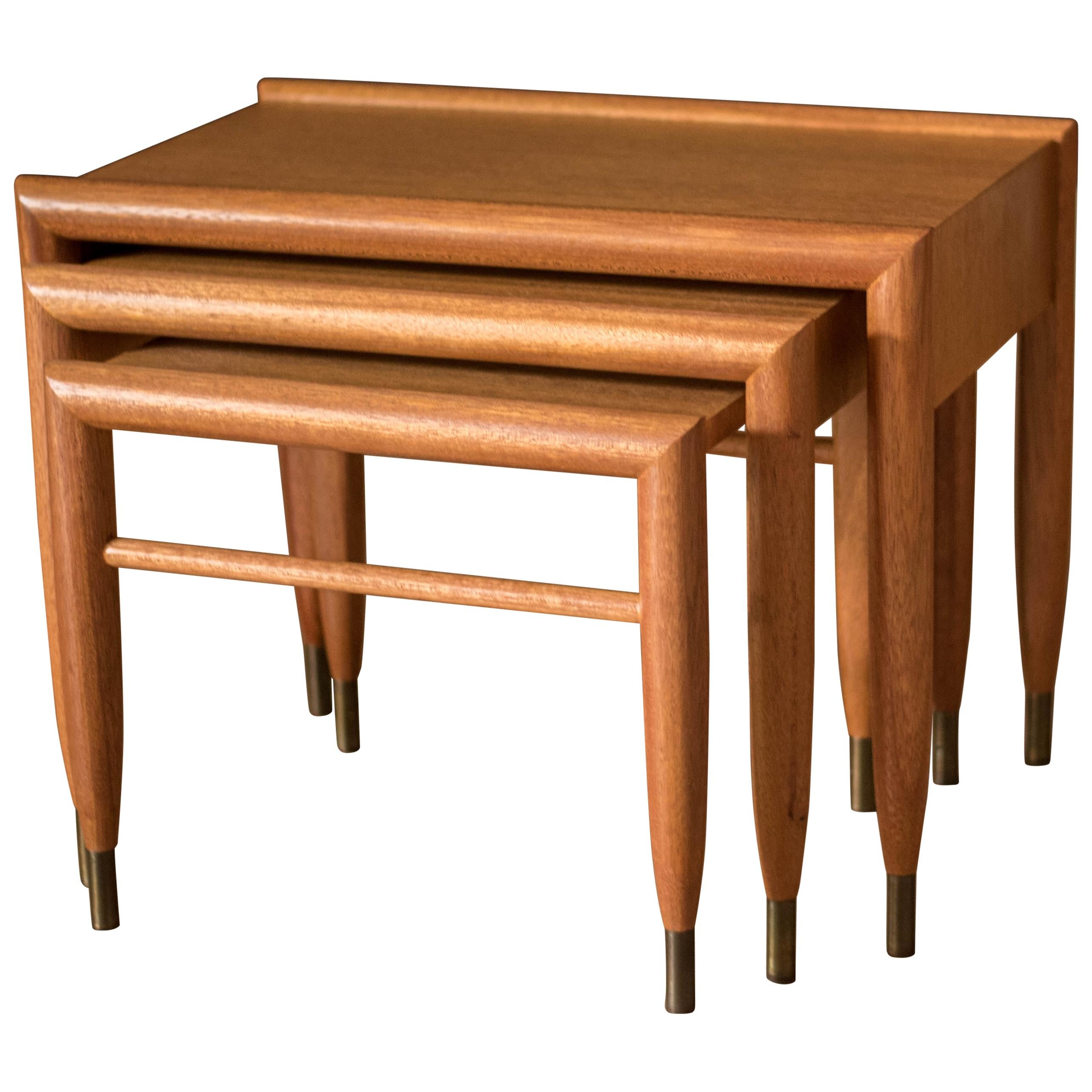 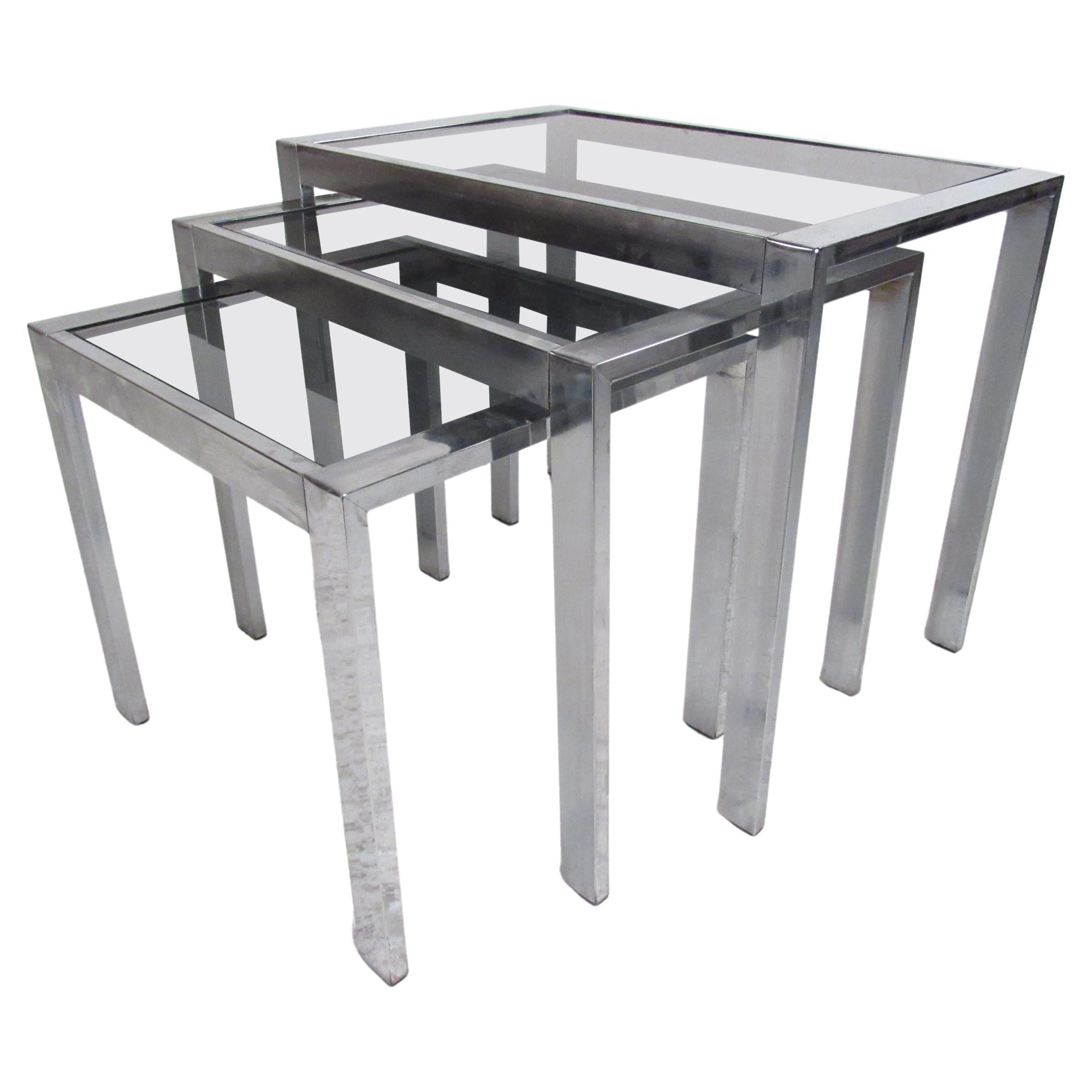 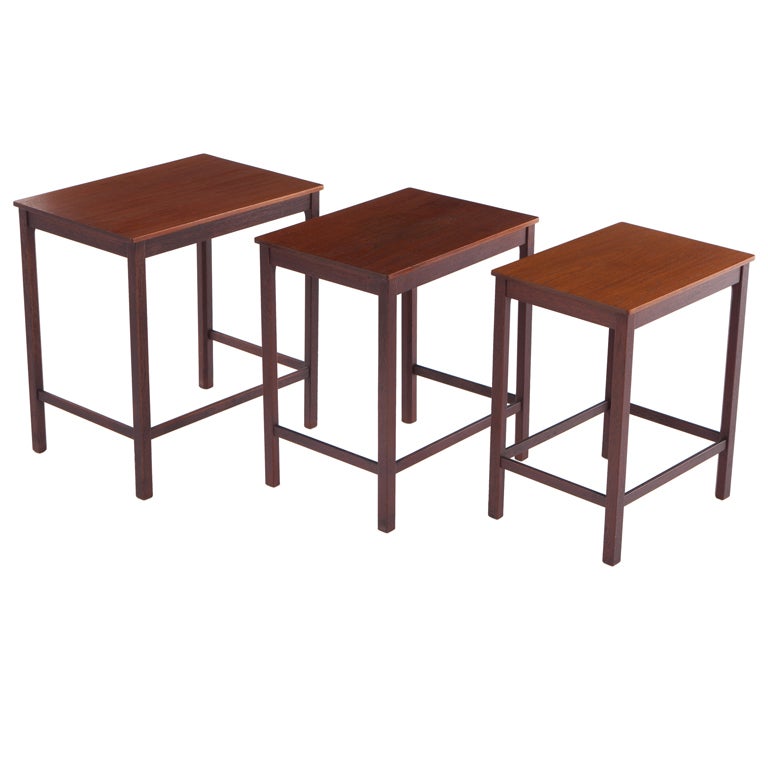 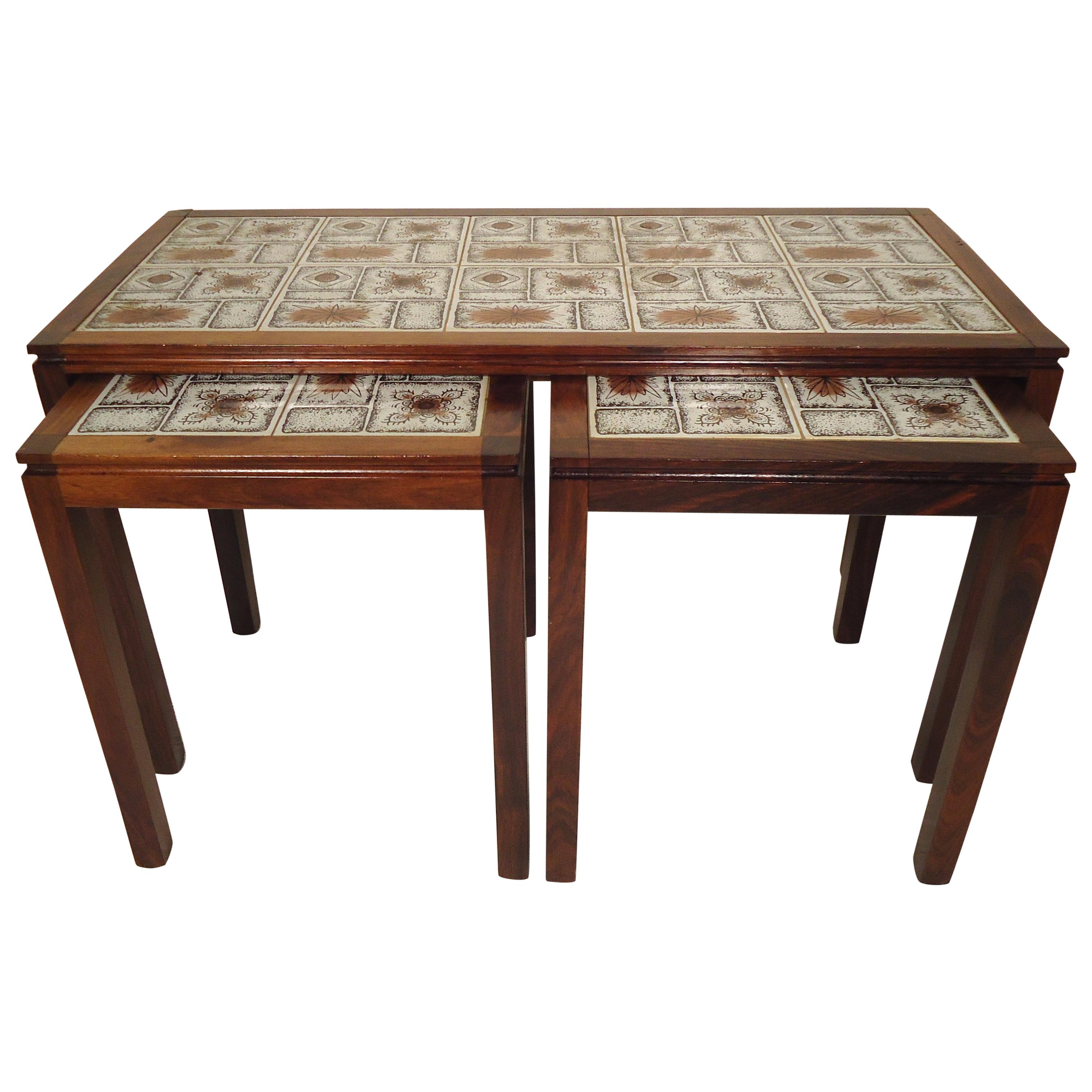 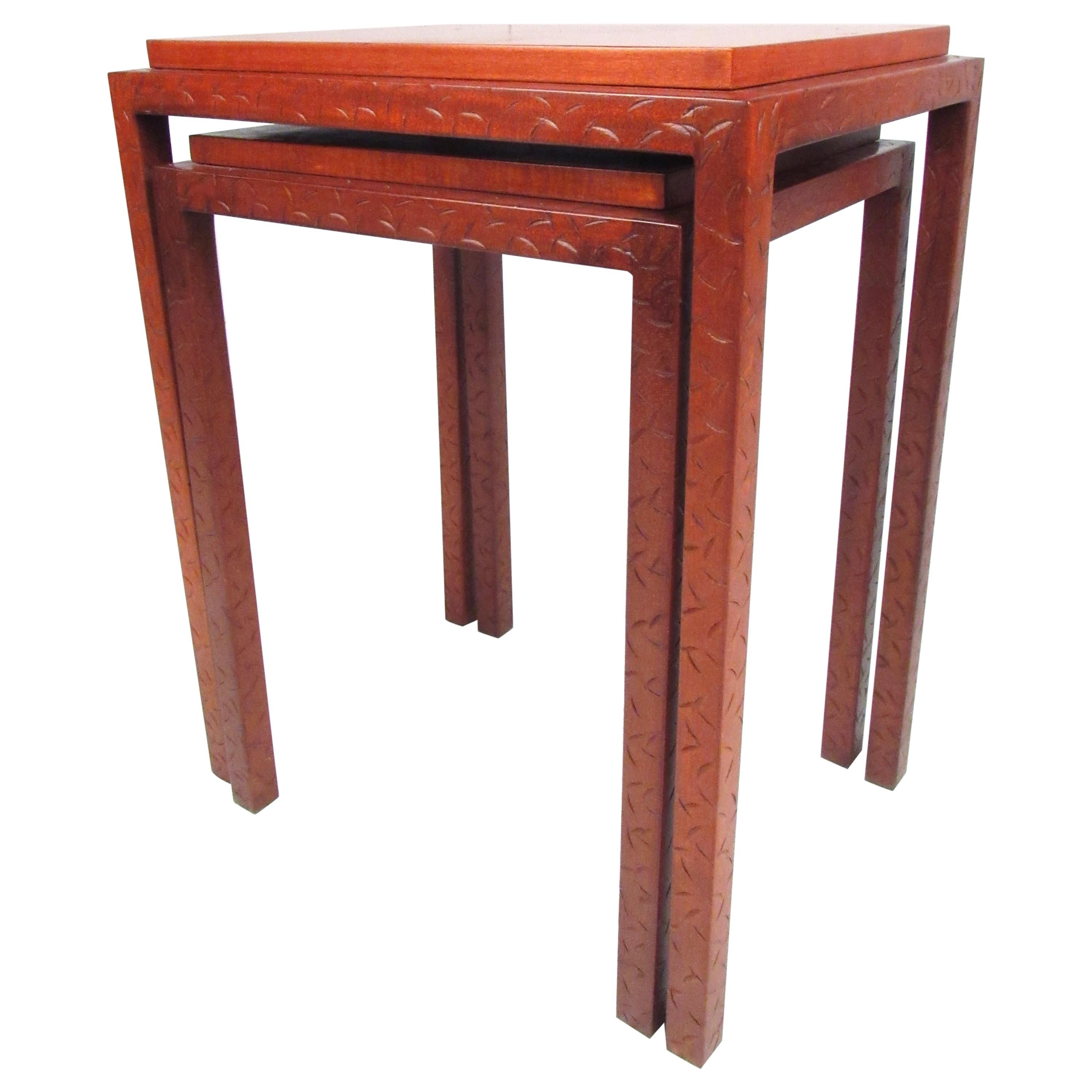 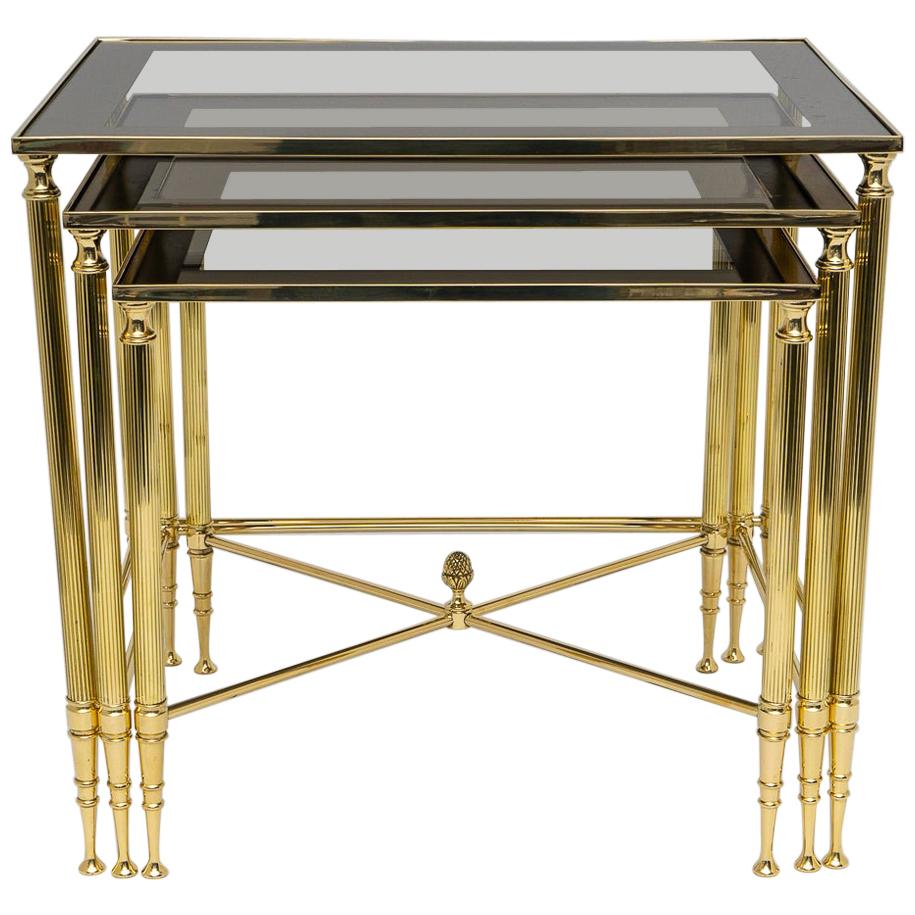 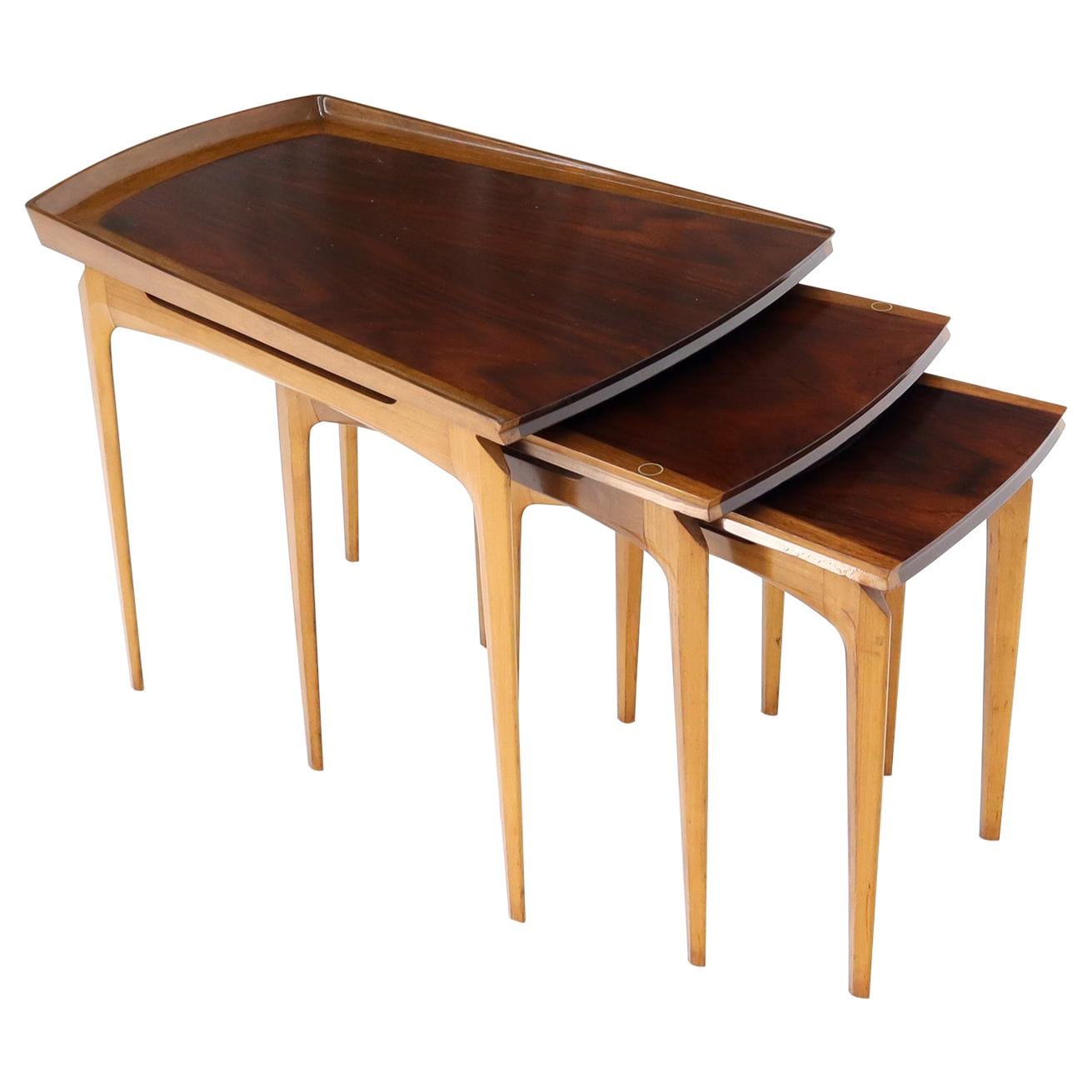 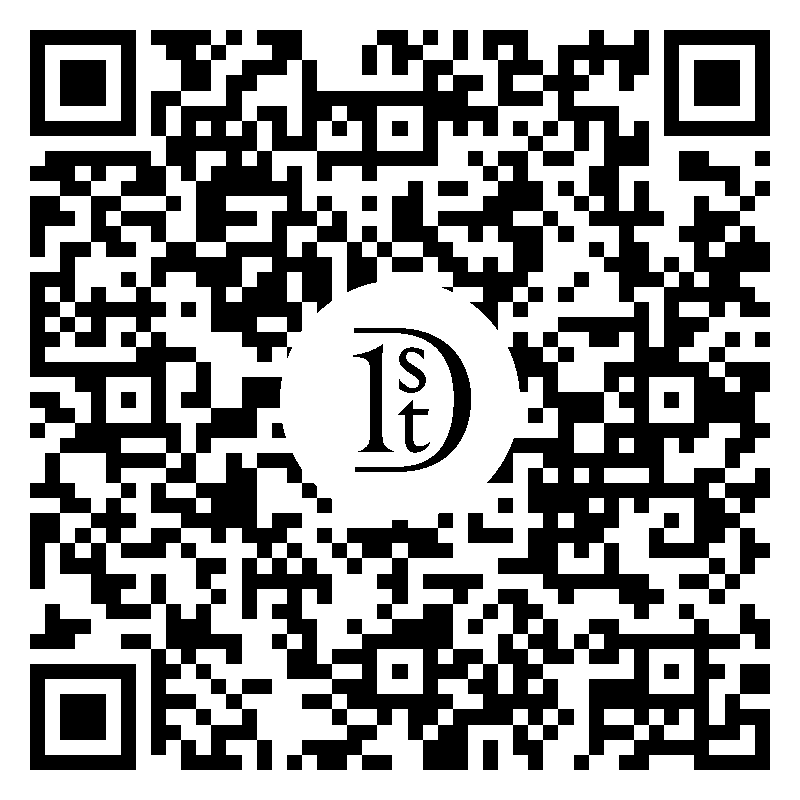 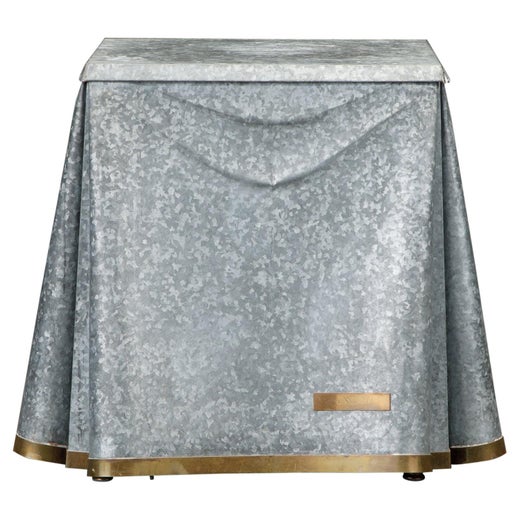 Playful, sculptural, unexpected: Illustrious designer and decorator John Dickinson created interiors, lighting fixtures, seating and other furnishings that were wholly peculiar and unlike anything seen before. The Berkeley, California, native mined design movements of bygone eras for elements he would later integrate into what would become his signature anthropomorphic work.

Dickinson was inspired by Art Deco designers such as Jean-Michel Frank, who similarly drew on the past for his extravagant pieces, and found appeal in the claw-foot tables and seating that Georgian-era furniture makers produced.

Although Dickinson attended the Parsons School of Design in New York, he returned to the West Coast following graduation. He worked for decorating firms and furniture stores, and, in 1956, he set up his own practice in San Francisco, where he reinterpreted heritage in his sculptural lamps, stools and chairs with legs that terminate in hooves or resemble bones and tree branches.

Dickinson’s spare but sophisticated furniture is often associated with a “golden age” of San Francisco decorating that includes the work of designers Charles Pfister and Michael Taylor. Wider recognition over the years owes to collectors’ interest and exhibits such as “Fantasy and Function: The Furniture of John Dickinson,” which opened at the San Francisco Museum of Modern Art in 2003.

Despite his irreverent approach, Dickinson’s pieces were luxury items. He crafted lamps of unpolished brass and tables in chalky white plaster with a resin coating. His most iconic works are his Etruscan tables with legs resembling hooved animal feet and his Three-Legged African table, which was inspired by an artifact he discovered in an import shop. Dickinson took on only handpicked, young, well-to-do clients who were willing to give him free rein to experiment with these unusual forms and industrial materials. Leading department stores like Lord & Taylor, however, were also among his clientele. In 1977, Dickinson was commissioned to design a furniture collection for Macy’s. It featured white lacquered bookcases that drew on urban architecture and table lamps with bodies that mimicked animal bones.

Owing to his untimely death, and the fact that he worked in plaster, a highly breakable material, few of Dickinson’s original pieces exist to this day. Their scarcity renders every remaining Dickinson design a valuable heirloom guaranteed to make a statement in any room.

$1,800 / set
Set of 3 Exotic Wood and Chrome Nesting Tables, French, circa 1970
Located in Marcq-en-Baroeul, FR
This set of 3 nesting tables is made of exotic wood tops on chrome bases. This is a French work, circa 1970.
Category

Set of 3 Exotic Wood and Chrome Nesting Tables, French, circa 1970

$2,400
VIntage Modern Metal and Glass Nesting Tables
Located in Brooklyn, NY
These charming tables will fit perfectly in and small nook or bedroom. They can function in a living room or family room as well. With a simple yet stylish design, these tables will ...
Category

$1,170 / set
Midcentury Rosewood Nesting Tables
Located in Brooklyn, NY
This quaint set of nesting tables features beautiful rosewood. Perfect for any living room or home office this set will add a subtle charm to your room without overpowering any other...
Category